An Unplanned Journey To Chopta-Tungnath, Highest Shiva Temple In The World.

An unplanned Journey to Chopta-Tungnath, Highest Shiva Temple in the World.

By The Numinous Wanderer 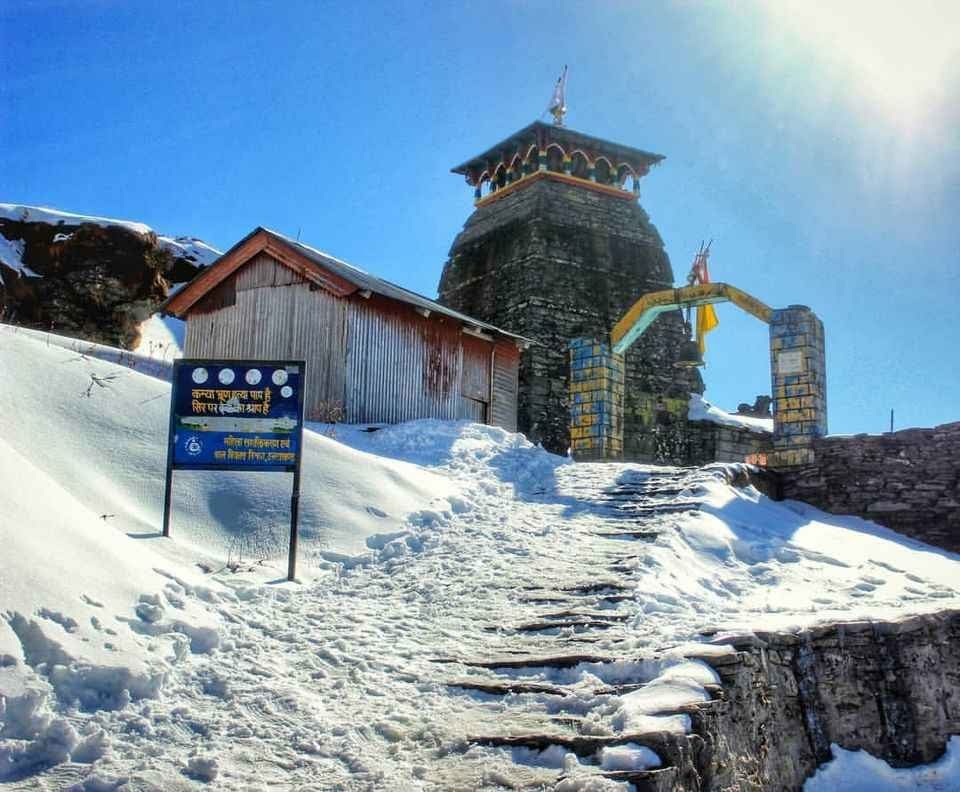 Well, as the title says itself it was an unplanned journey. I returned back from Sikkim on 1st of Jan, 2018, it was the first time i have traveled anywhere without my family. And, soon after returning from Sikkim i couldn't wait to travel more, i was so mesmerized by the nature, snowy mountains, frozen lakes, freezing weather, taste of different flavors of food, making new friends & most important survival and to test your limits how far can you go, since then i had this hunger for travel. Soon after, 25 days on 26th Jan i with my great college friend decide to travel to Uttarakhand for trek to Kartik Swami Temple. We decided to go as unplanned as possible so only booked the bus tickets from Red bus app, on 26th bus leaves from Kashmiri Gate at 6:30 in the morning. Also it was a budget trip so we booked the UTC bus. We didn't had much luggage both were carrying just backpacks of 40L each with the essential items. At first we thought bus condition would be like most of roadways buses but we were surprised to see the bus condition both in-out, seats covered with white sheets, nice and clean all windows glasses are intact, no cracks nothing. Seats were comfortable in sitting also. It was cold, outside and i brought breakfast with me, Mom's made " Aloo Paratha " with ketchup. We both enjoyed it and our journey from Kashmiri Gate to Rishikesh started. Outside it was dark & fog, so we thought of video calling our friends i named as 7 Musketeers, took selfies as our journey begins. Later we engrossed ourselves into the music as i see outside the windows and after some time our first stoppage for tea-coffee & snacks came. Instead of tea, we insist to have coffee and we regret our decision as soon as we had our first sip, we had to let our coffee go and made our way back to bus seat. Bus started and again we both lost in ourselves and enjoyed sleeping how can i not enjoy a nap in the bus everyone who have traveled with me know how comfortable i am in sleeping anywhere, anytime. Sometimes i feel i have a superpower of sleeping in a bus or car while traveling, surely it makes time to pass swiftly, so no complaints. Finally after 8hrs of journey we reach our first destination Rishikesh. We were starving, we didn't had much except the " Aloo Paratha " in morning. So we straight away went to local restaurant where we had food which was little spicy and charged our phone's. From there we have to go to a village known as "Kanakchauri". We asked the way to reach to Kanakchauri they told us we can go either by local bus or private vehicle. Private vehicle obviously cost more, and we are on low budget so choose to travel via local bus. But the bus will drop us only till Srinagar, from there again we have to go via different transport. At 3:30pm bus started meanwhile i bought peanuts & popcorn from a nearby stall. As the bus moved further, outside view from window changed we could see the barren hills with some of trees left, deforestation is the main reason of landslides & floods. Views are changing every decade, from greener to more barren i cant imagine how will the hills & mountains will look if we keep pushing the nature. As i kept thinking, it was getting dark outside and after 3 and half hours of journey we reached to Srinagar, this is the first time i came to know there is another Srinagar apart capital of J&K. It was dark outside we couldn't see any bus nearby, our bus driver told us after 6 there are no buses to go further. We are aware this could happen, in the Himalayas you won't find any vehicle running after 7PM, because its not safe to travel in the dark one reason is the curvy roads & second one is wild animals could appear from the nearby forest areas so it is dangerous to travel in the dark in mountains. Although there were some jeeps available but they were charging money way more so we decided to stay in Srinagar. Now where to find the hotels as we haven't planned anything or know about this place. Some of locals surely from hotels were asking everyone if anyone required hotels at first we avoided them and try to find the hotel online, but online no hotel's were available in nearby. At last we asked one or two locals where to find a place to stay, we got a great deal, with basic amenities bed, fan, TV & attached washroom, it was not so bad just to stay for a night at least for two men. We checked-in to hotel, put our luggage in room. We asked hotel manager for a good restaurant in nearby, we found out a veg restaurant, being myself a vegetarian & my friend doesn't want to have meat as we were in Uttarakhand known as " Dev Bhumi ". We ordered plain rice, dal tadka, mix veg & chapati, we specifically asked the cook not to make it too spicy, he said OK, still it was too spicy for our taste buds, i guess we should have said not to add any Chili pepper. But overall food taste was good & hygienic not so oily. After the meal, we came to our hotel watched TV for a while and again did conference call to our group 7 Musketeers, with this i'm signing off for the day, as we have to wake up early in the morning to catch a bus for our next stop. See you at Day-2. 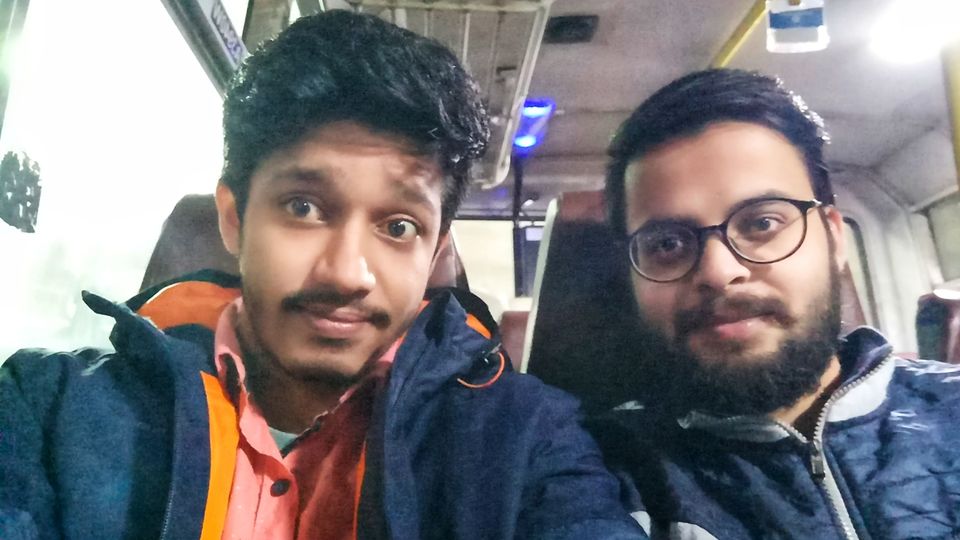 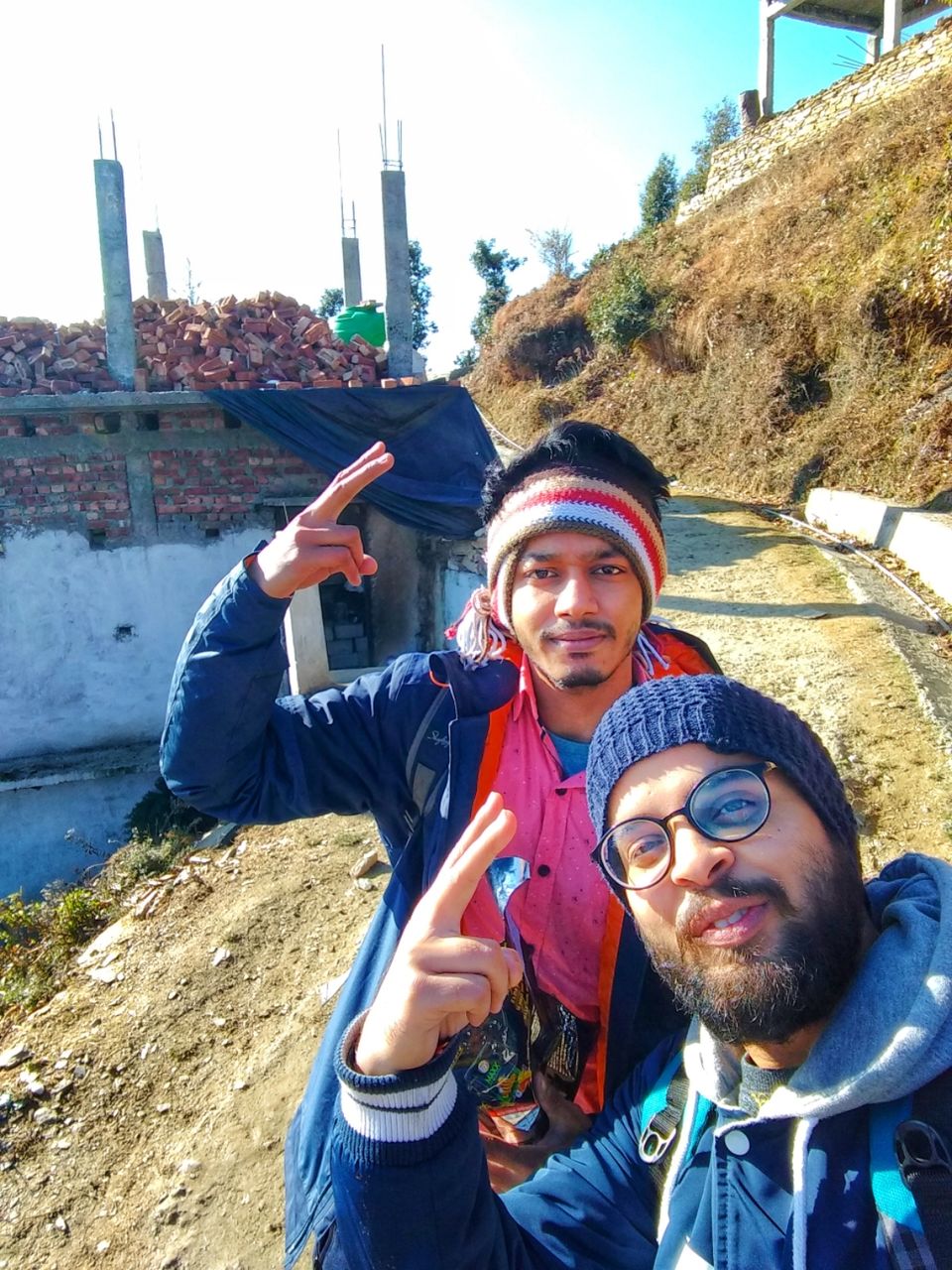 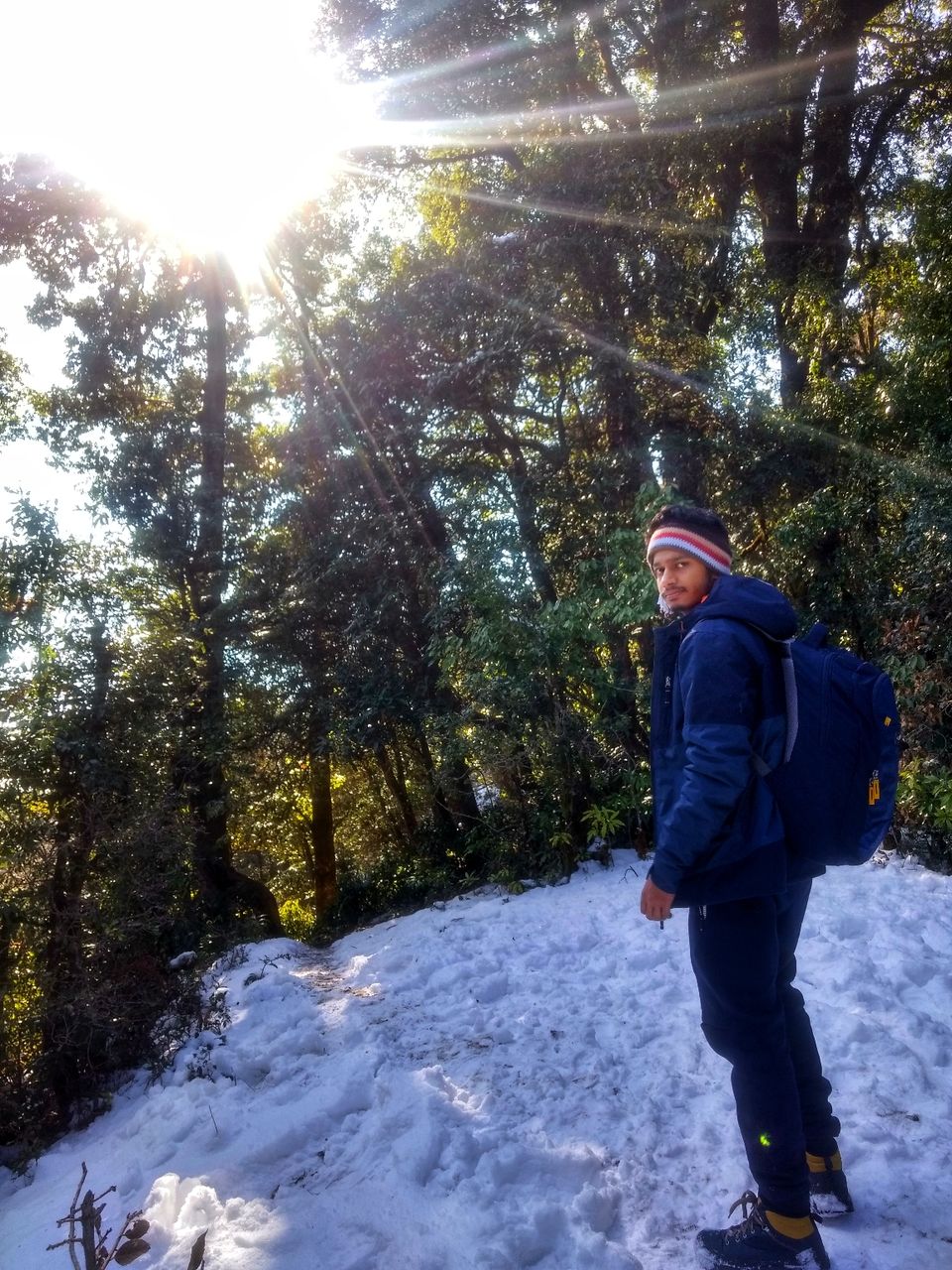 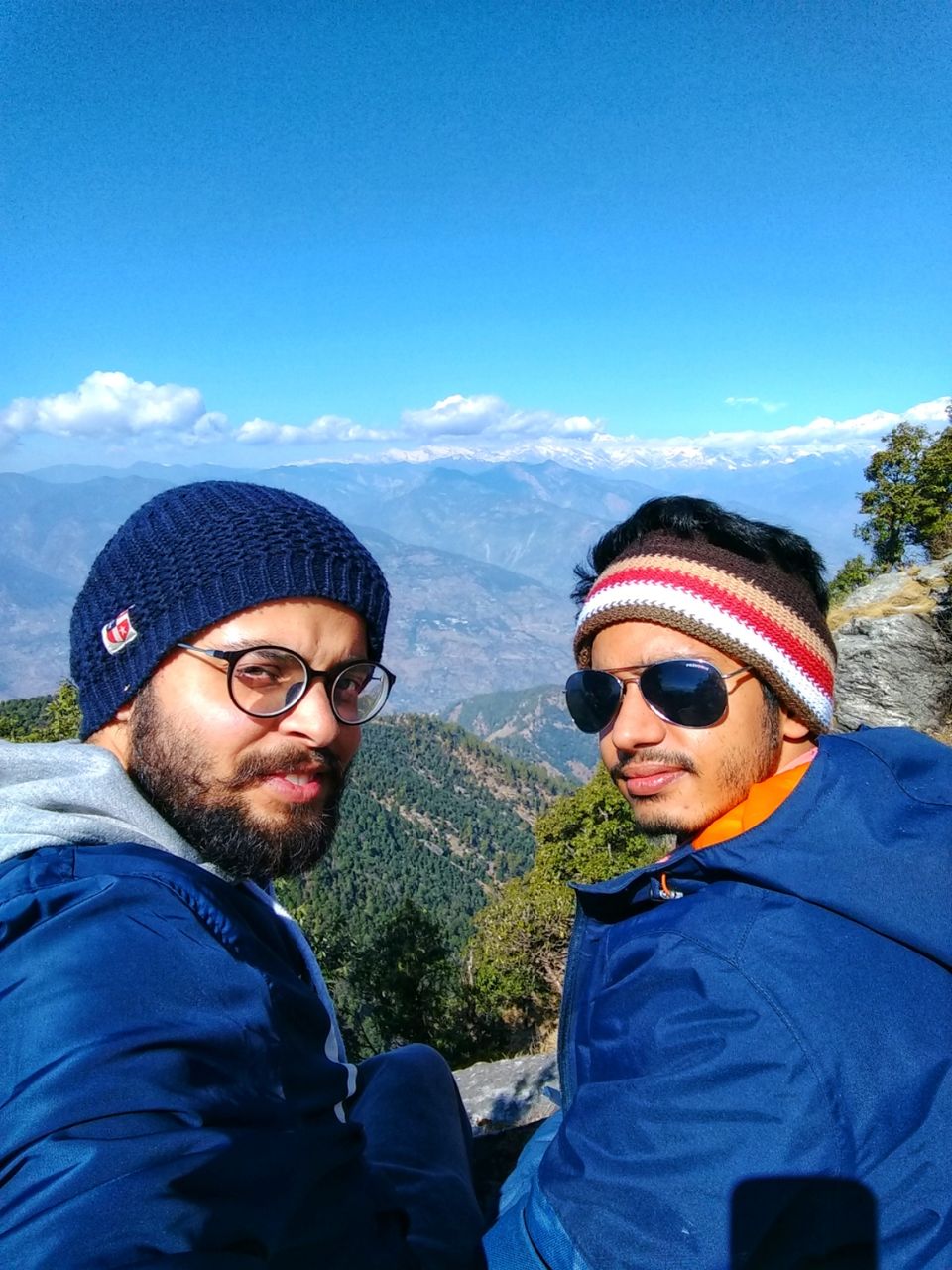 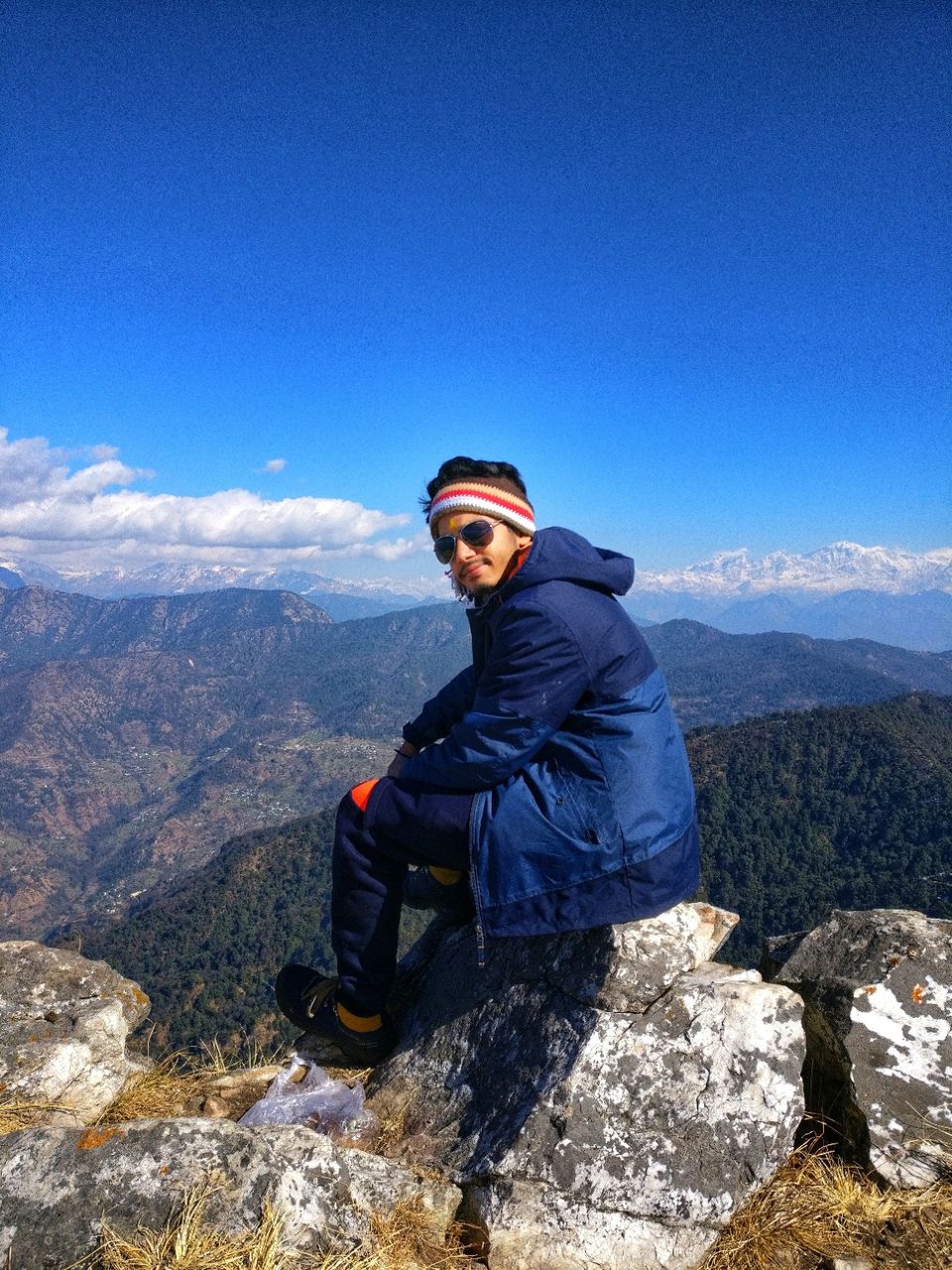 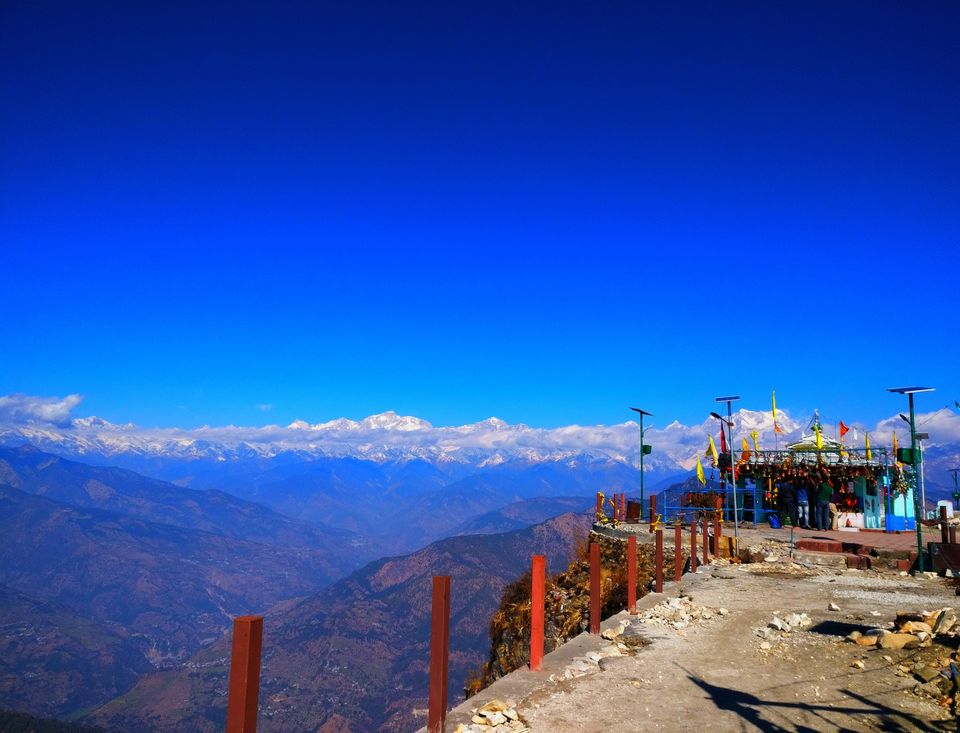 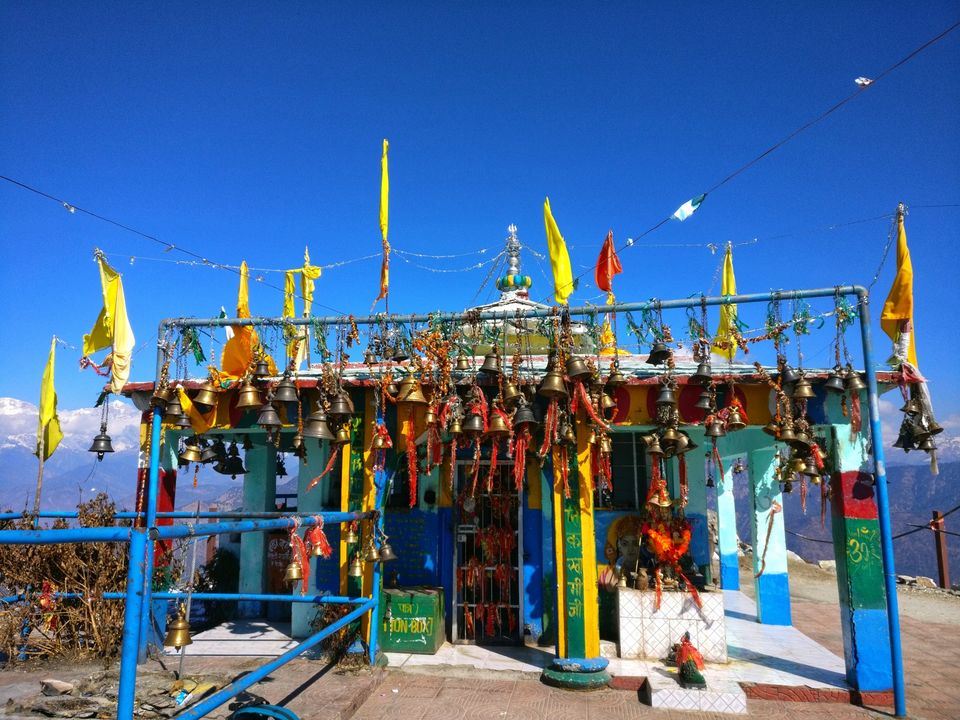 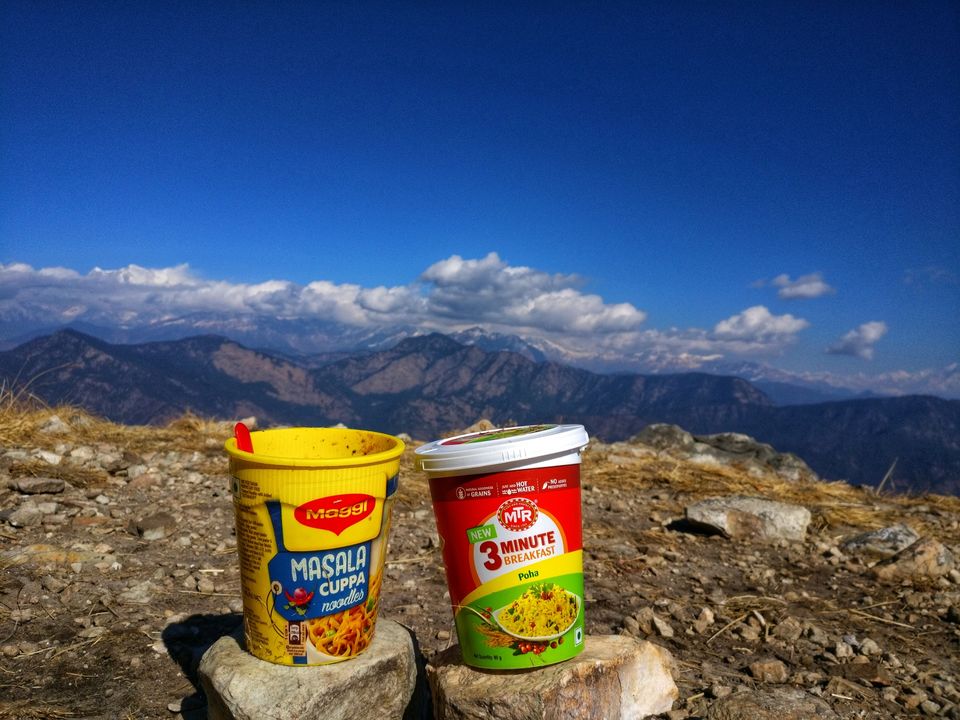 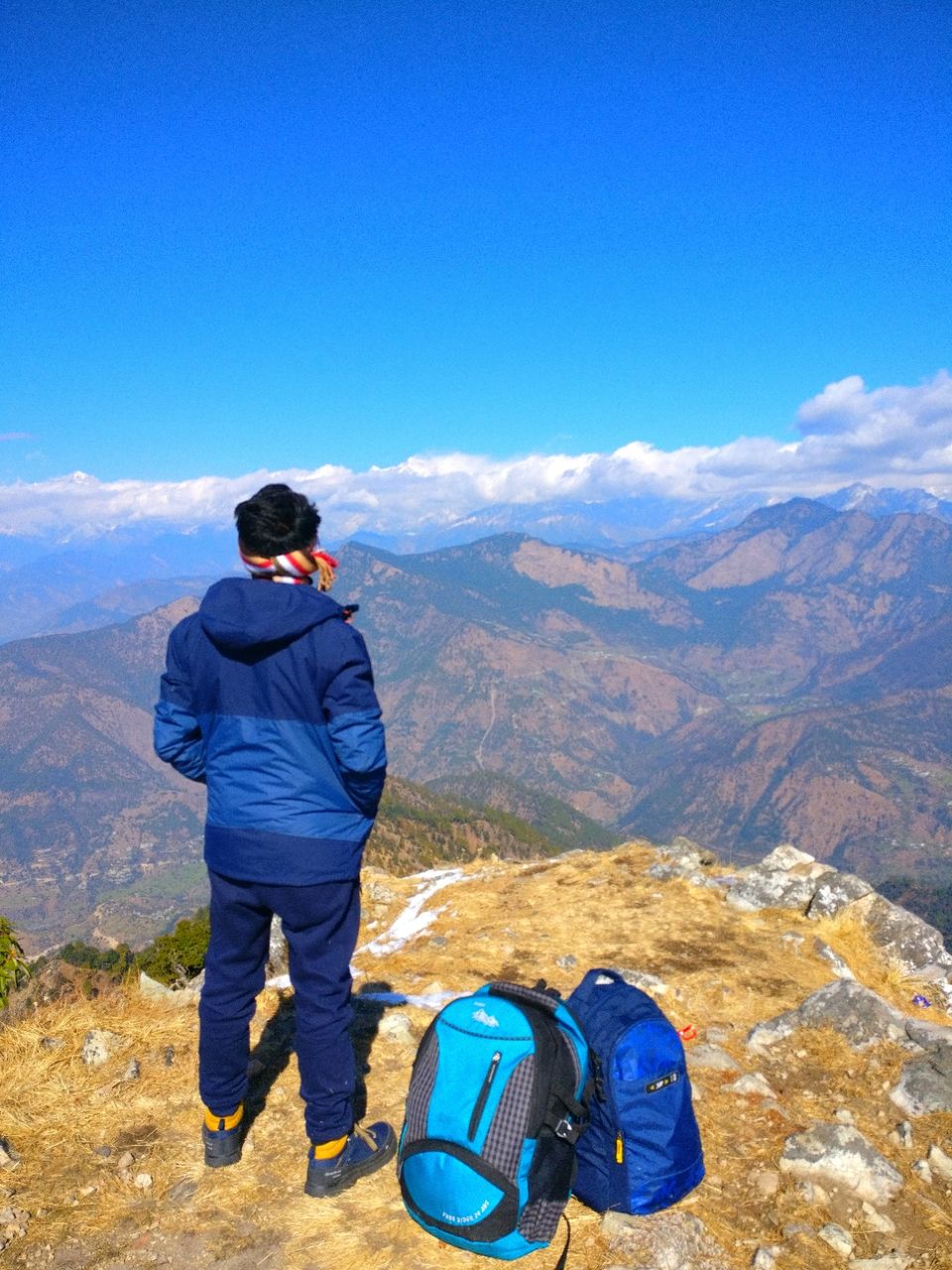 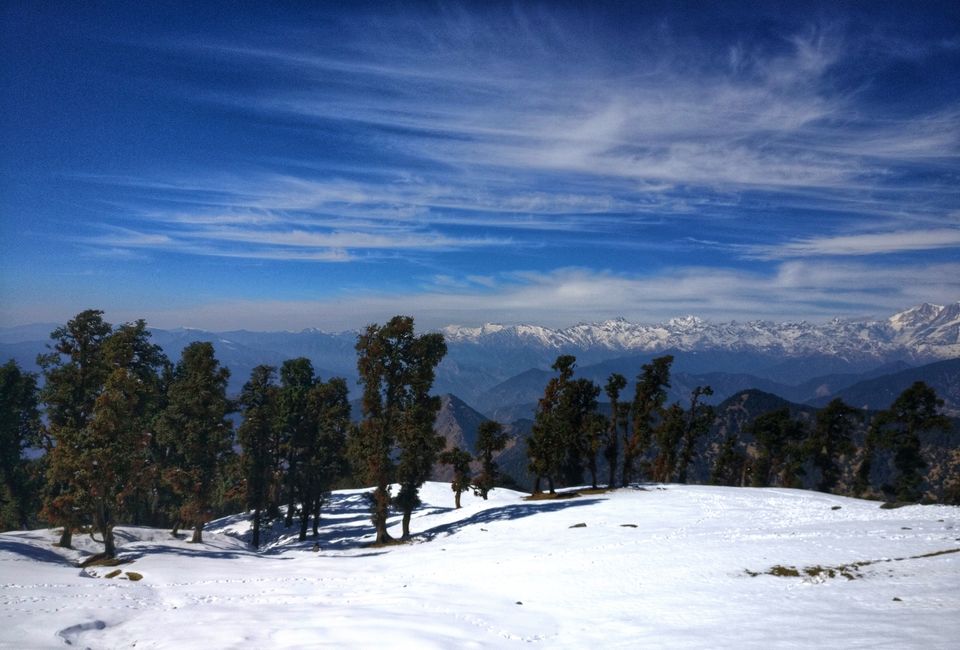 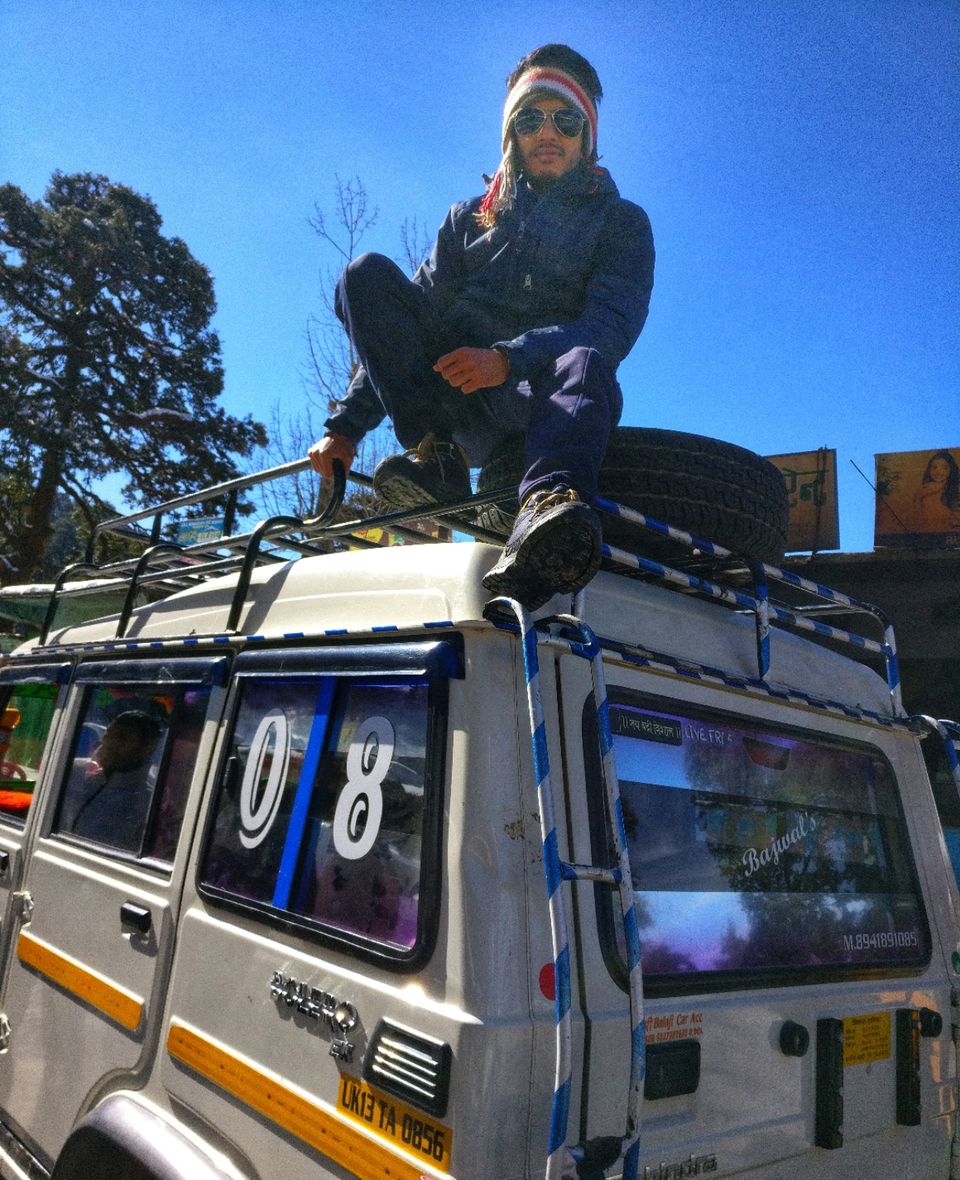 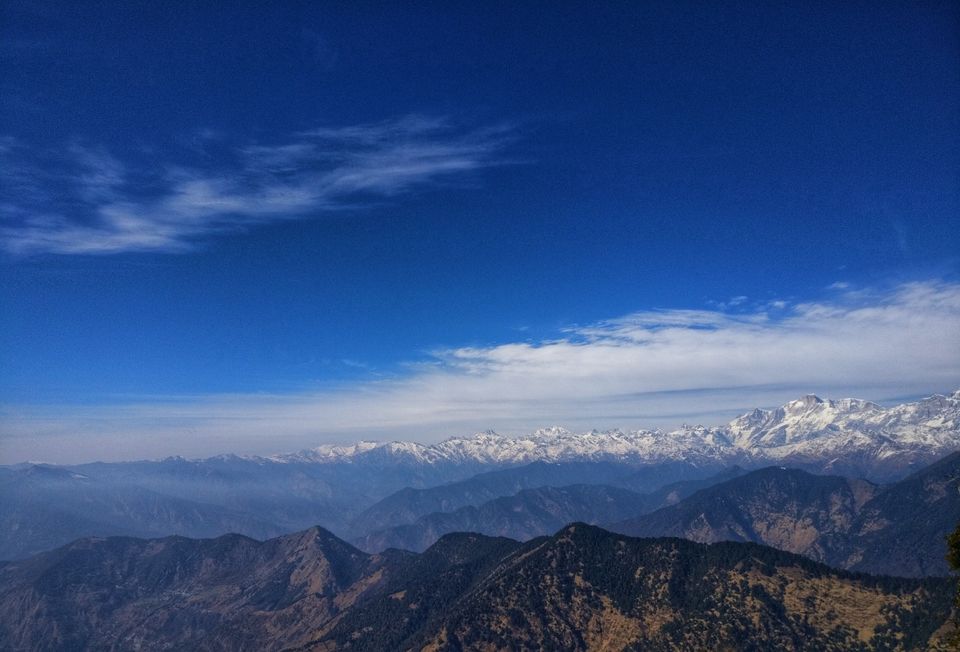 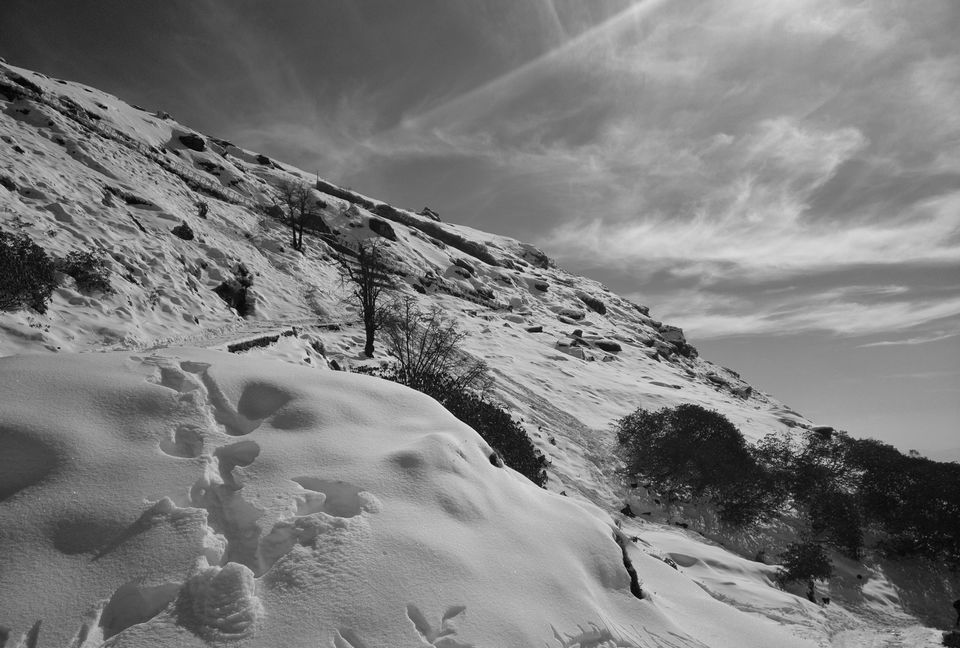 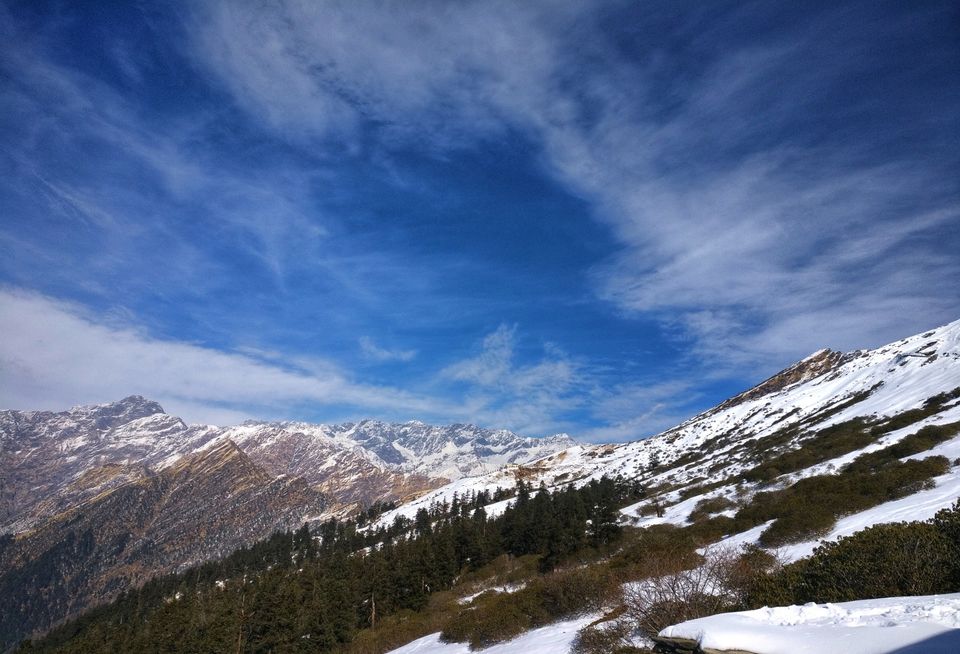 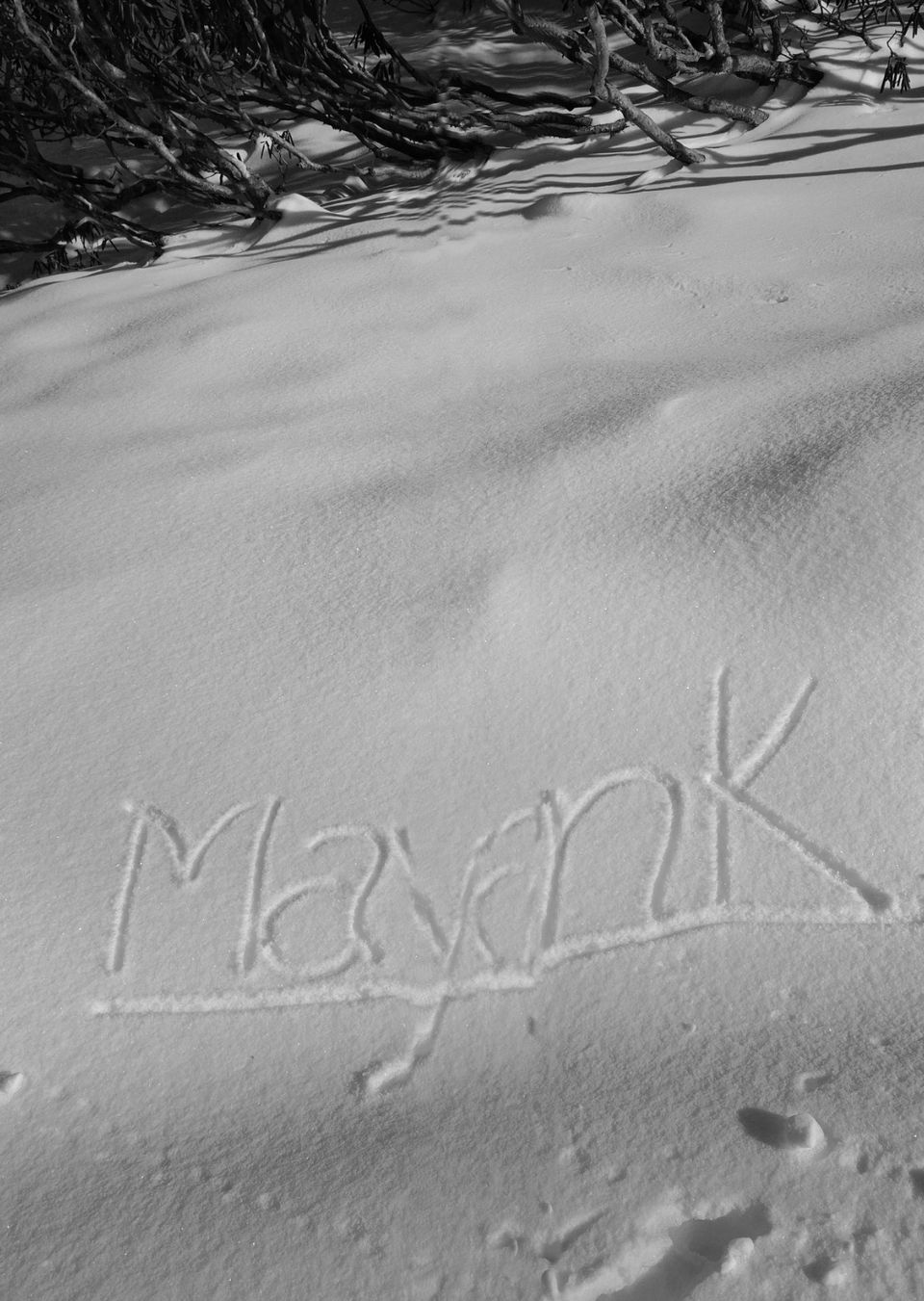 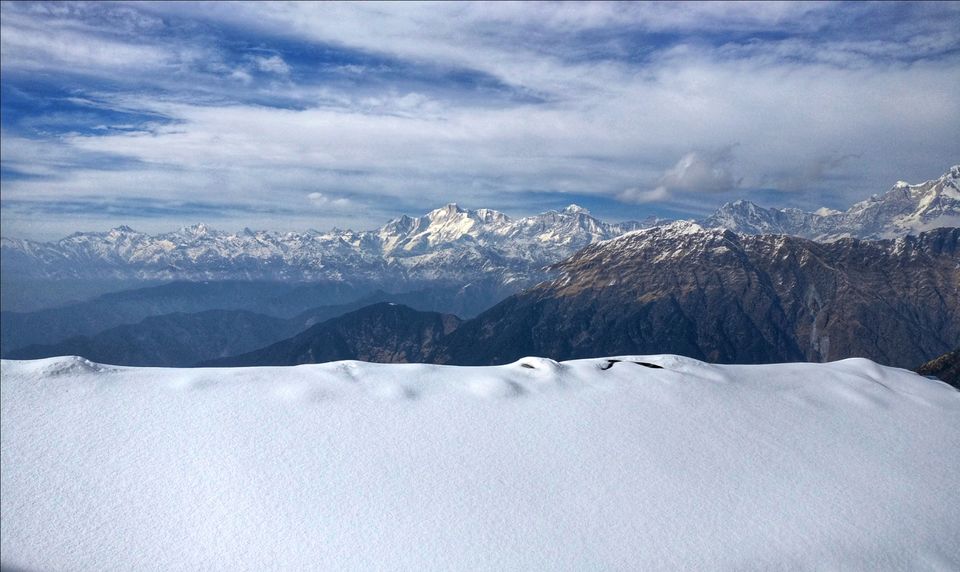 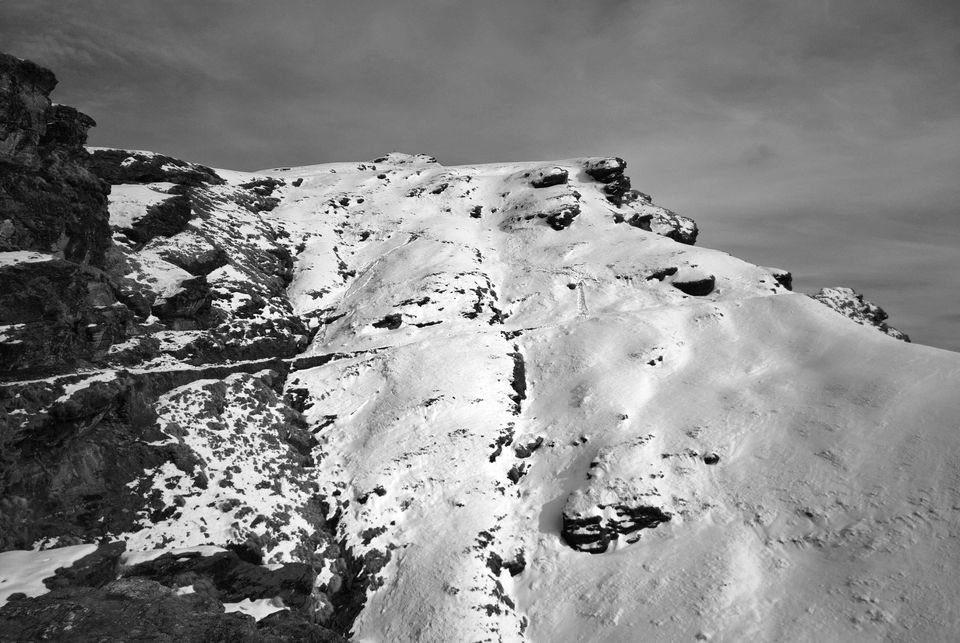 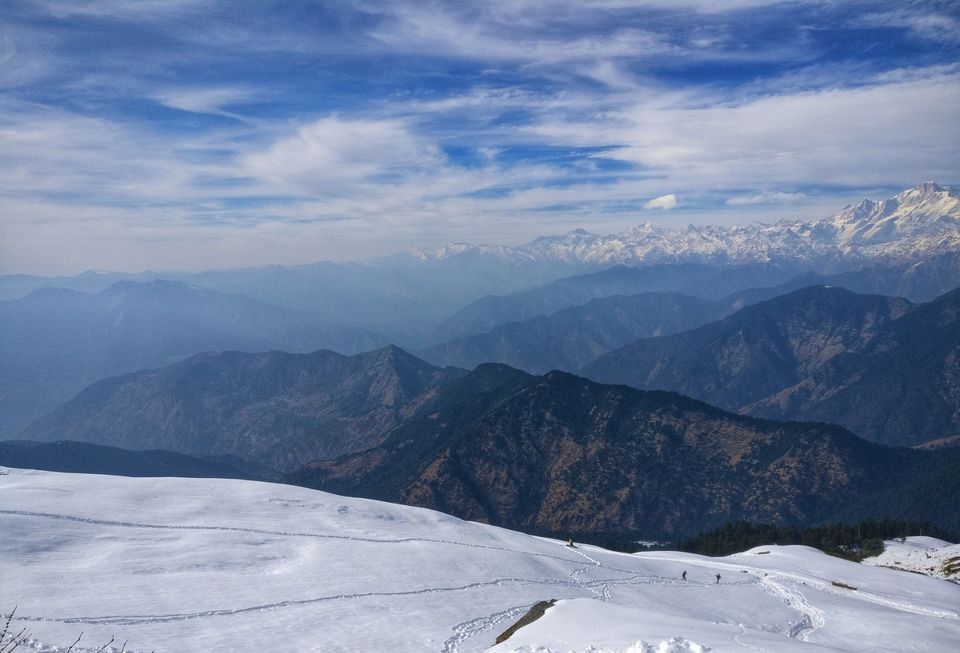 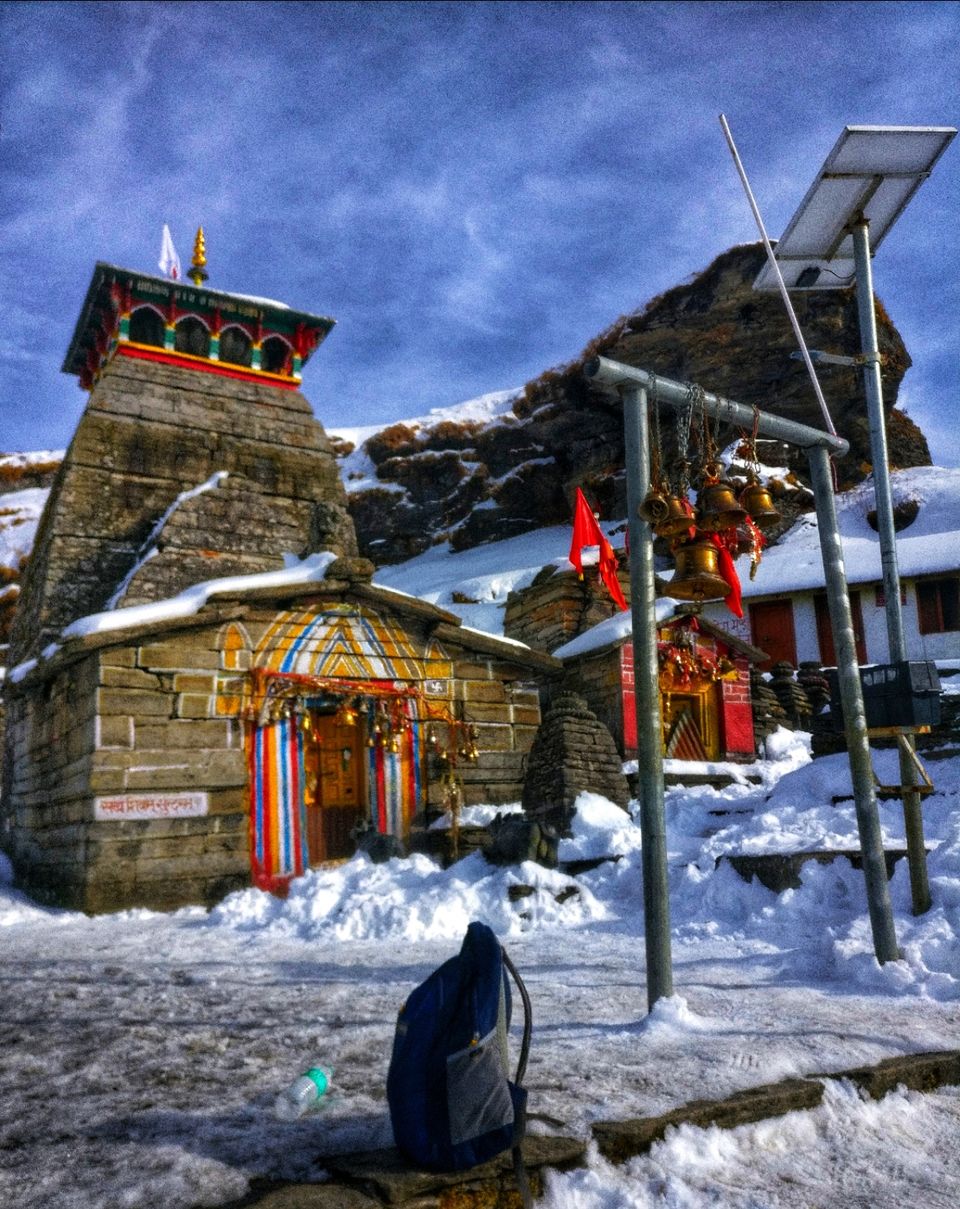 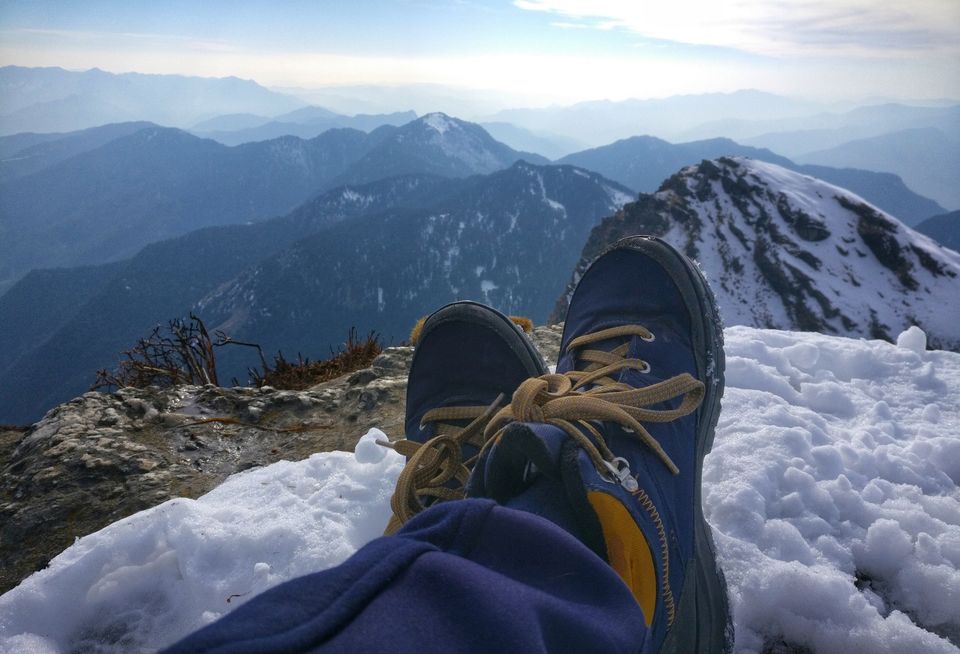 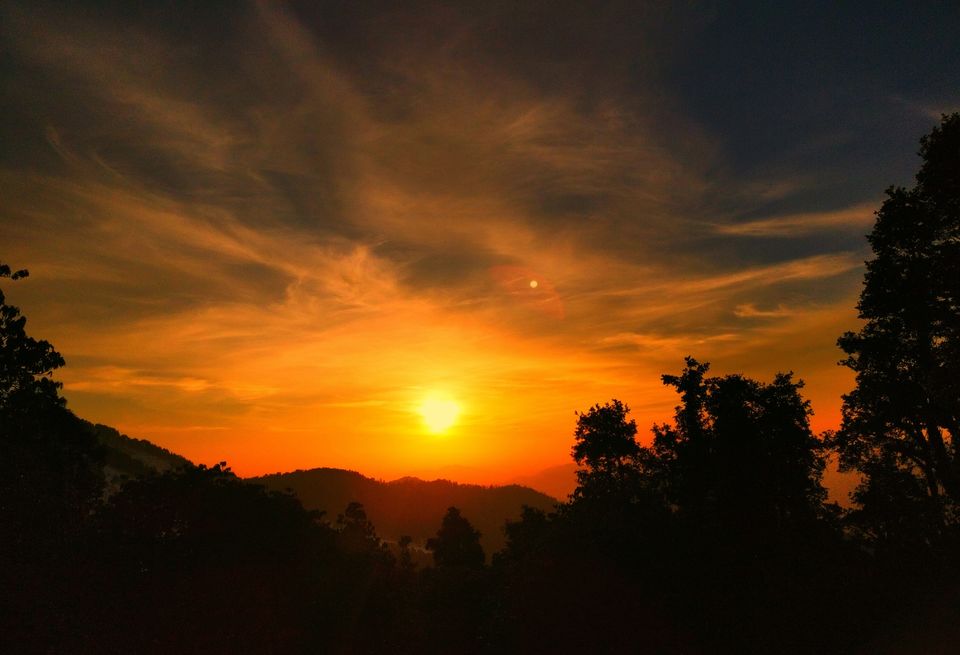 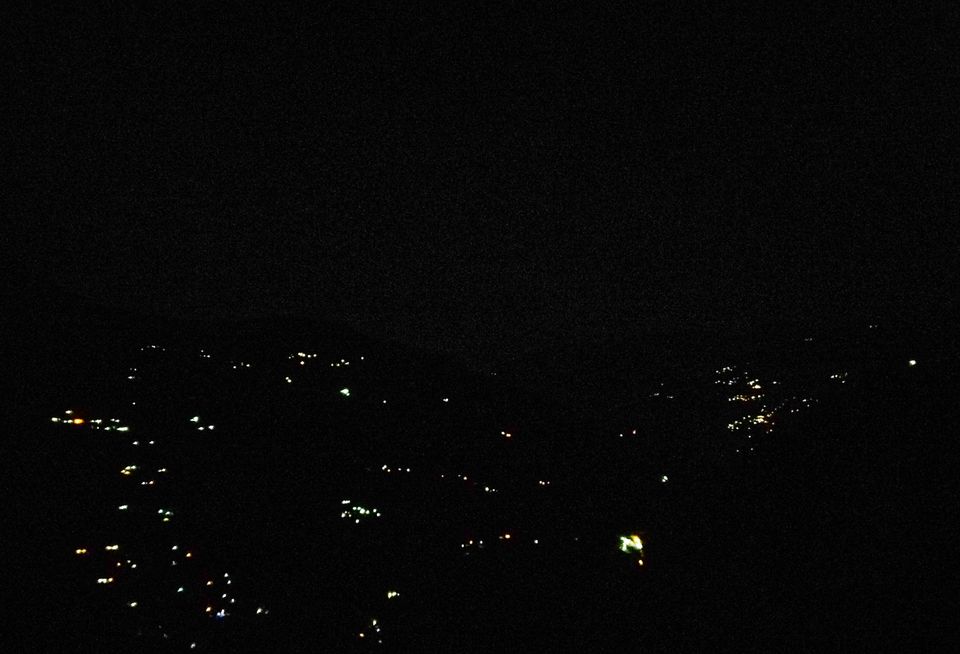 On day-4, we woke up early as our hotel manager told us, the bus for the Rishikesh leaves at 6:30AM. We freshen up and quickly packed our backpacks, got ready by 6:00AM and after having breakfast we checked out from the hotel and start waiting for the bus. After waiting for some time, bus came around 7:00AM we bought the tickets and after settling down, we asked each other we came for the Kartik Swami temple trek only how come we went for the Chopta - Tungnath Trek. The whole trip was so unplanned till now when ever i meet him we discussed about the very same trek and laugh together thinking about the memories of the trip. As they say, "Life's best moments usually happen unplanned" whether it is a journey to place or finding love of your life, so go with the flow my friend. And, the reason i love traveling so much is : to meet the wonderful people out there, who has so much stories to tell you sharing a connection which grows stronger with time.

Thank You, for reading a adventure of my life.