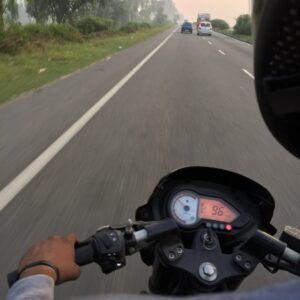 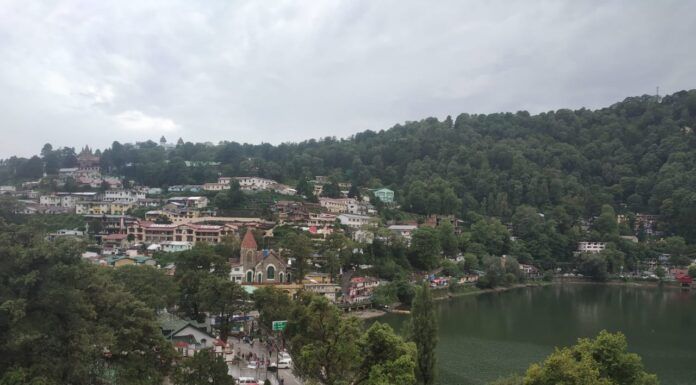 I was too excited just because of after a long time I was going Nainital from Delhi. I and my friend decided we would go by my Pulsar bike and since I am living at Central Delhi our destination was around approx. 320 kilometers. So, we decided we would start our journey from Delhi to Nainital at morning 4 o’clock. I decided to stay 2 days at Nainital and was extremely happy to start the journey.

Early morning, I woke up at 3:30am at then I called my friend who was supposed to come with me. I parked my bike last night already at his home.

Around 4 o’clock we met and then we left for the journey. We decided we will ride bike one by one after every hundred kilometers. We fueled the bike near petrol pump then we took nh24. The morning was pleasant and the wind was very peaceful. I was riding the bike and hitting the road more than 100 kmpl.

We were thinking we should reach Nainital soon at the speed we are in but sometimes wrong was waiting for us on road. After crossing Hapur we decided to stop bike and take some rest and take our breakfast.

Once we are done with our breakfast we started or journey again from Hapur. Hapur to Rampur distance is more than 120 km from Hapur, we covered the distance within 1.30 hour because the road was very smooth. Now we are are at Rampur around 8.30 am. After that our next route was kathgodam but after few minutes i realized road is not too good. Everywhere it was full of pitfalls and my mood went down but i was excited to reach Nainital because it was first’ time to reach by bike to Nainital. Finally, after few hour we found the Serene Nature where we were surrounded with mountains and now riding bike over the hills and i became more excited because suddenly weather and atmosphare changed. Then a slight hunger led me to decide to look out for a Dhaba nearby hill corner and eat under the beautiful sky. Finally, we stopped bike on finding a tea stall and had tea and Pakodas.

After 12 km we reached Nainital bus stand but problem erupted as the crowd was too huge in Nanintal because of simultaneous Dussehra leaves. Problem is any weekend with 2to 3 simultaneous holidays makes the Delhiites look for a weekend gateway and Nainital is most famous among all, hence I would suggest my viewers to only come when its not a peak time or on any such long weekend as it will lead to more crowd, expensive hotels and of course lot of additional expenses while exploring the place. We thought we would book hotel at low price as our budget was for around Rs.800 to Rs.1500 but on that day whole Nainital was jam packed and the room price got hiked for same hotels up to between Rs.6000 to Rs.8000.

Finally after lot of negotiations we searched one room nearby mallital which at normal days cost 500 rs but that day same room we was booked at around Rs.3500. But we had no option and finally we booked room.

After few hour we came back near mall road and we clicked some images and here the lake view is precious with splendid beauty of its own and hence I decided to sit nearby lake and have done lunch there only. Then we went to football ground where 3 Ravens’ effigy was placed and I experienced how Uttarakhand people celebrate Dussehra. We spend couple of hours there, enjoyed our food and came back to hotel late night.

My advice for every reader is whenever you plan Nainital trip don’t go for peak seasons. Even if u do then make sure you book hotels and the journey in advance.

Peak season for Nainital: May and June and best time to be there as per my experience is between October to February in case you want to have experience of pleasant to chilled weather.

Thanks for reading my blog..#keepreading#happy exploring

Without wasting much time let’s come straight on the trip to Nainital where I will be sharing how I explored the place in the cheapest way possible.

I choose Friday as the weekend start and I get the time to kick start after a long working week and a real tiring schedule.