We Found Love between Green mountains and Blue skies #loveontheroad 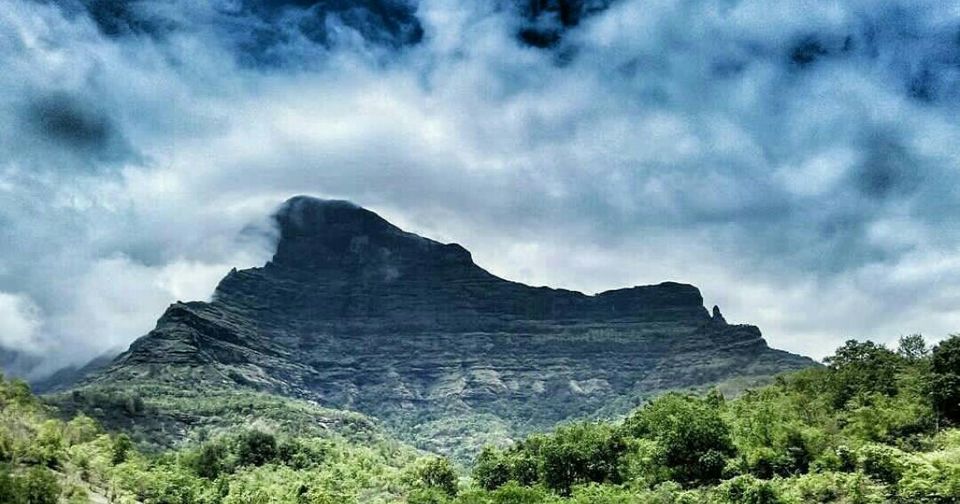 What's your idea of a perfect monsoon combo?

Some say Rains + Vada pav and garma haram chai , some would say Rains and Rain Picnic , and some say waterfalls. Well my idea of a perfect monsoon is incomplete without an adventurous trek , some waterfalls and great company. 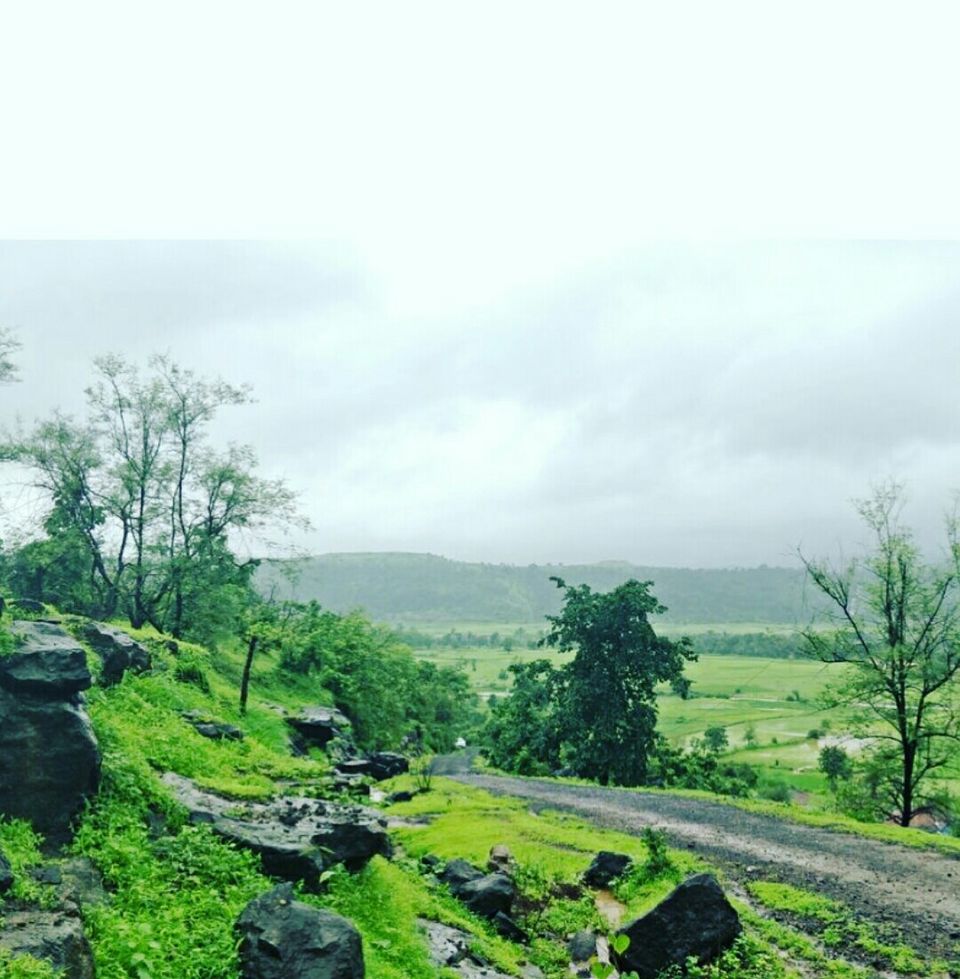 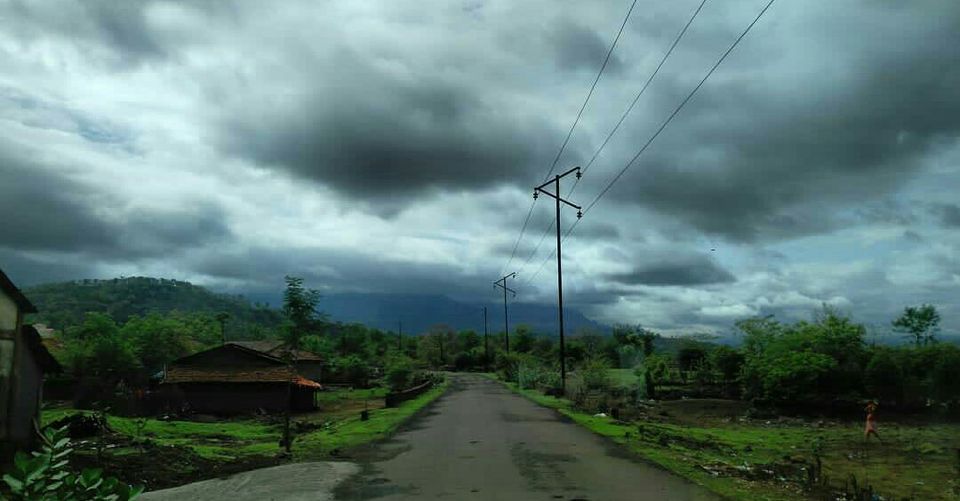 Ajoba Hills was a perfect escape from the hectic and busy everyday life and having a group of friends was just a cherry on the cake. The weather was breezy and chilled , the skies were cloudy and the mountains were full of scenic beauty. It was a sight thoroughly pleasing to the eye. 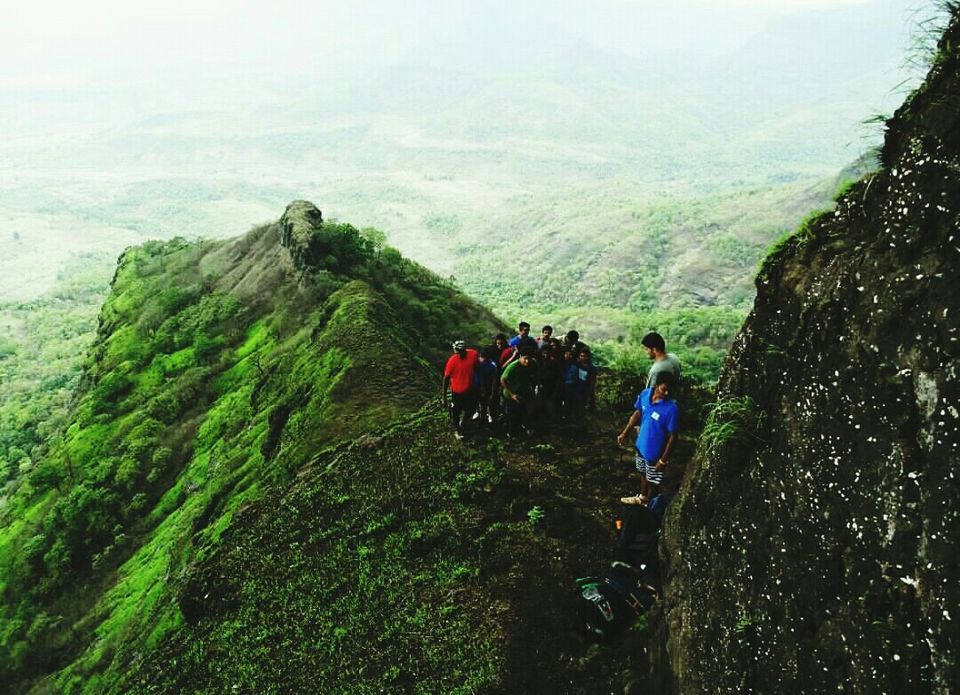 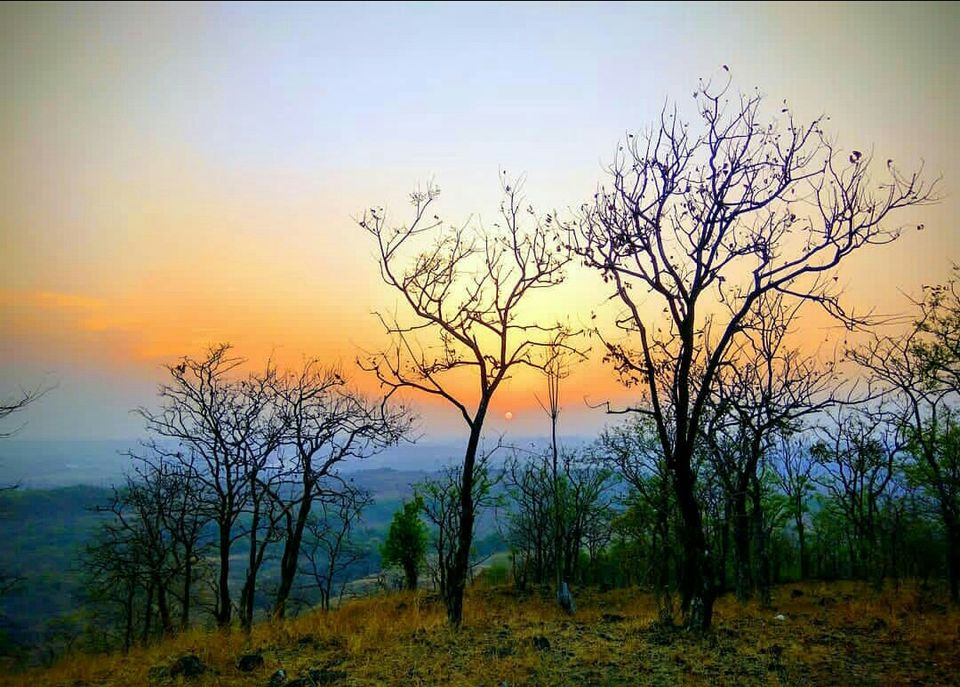 This was my first trek after being diagnosed with arthritis in my legs so I was a bit nervous Because obviously health comes first. We were a group of about 20 people including this guy I was dating whom I really liked and was fond of and my best friend had joined us too.

We begun the treak at 7:30 am from the foothills of Ajoba , located about 45 minutes away from Asangaon station in Central Mumbai. We all coordinated and met around 6:45 am. We had decided to begun the trip early hours of the day as we could avoid the heat later on plus we would get more time to play games , rest , lunch and have fun when we'd reach the desired spot.

The starting part of it was quite easy as the ways were flat mostly or slightly slopy but then the climb begun to get more and more difficult as we begun to climb the mountain higher and Higher. My vericose veins had begun to swell and ache painfully. But what can be better than having people who love and care for you around at times like these ?

Renvin not only helped me with my backpack but also slowed down and begun to climb with me. He's a really quick mountain climber and a well experienced trekker so I'm sure he loves to pace up and be the guide but this time he took it slow , he came towards the spot where I was . It had begun to pour heavily making it slippery to climb upwards. He reduced his pace , came towards me and my best friend and held my hand right and said " I'm right here for you " I was red , full of blush and at the same time touched by his concern. Me , my bestie and Renvin begun to trek along with the entire group until we reached a point where the ladder was broken and the climb too risky but we all stuck together and helped each other.

This was literally me when my veins begun to swell 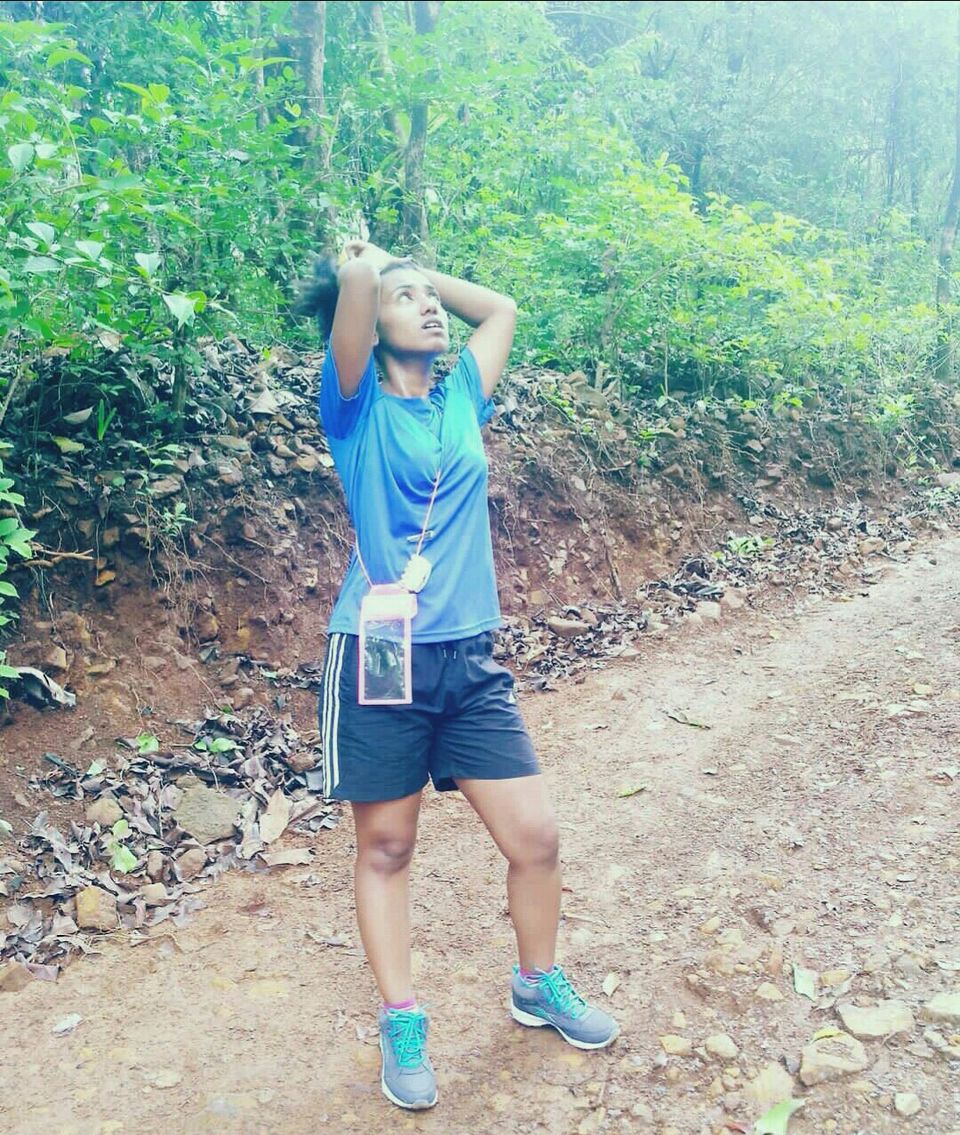 My friends kept cracking lame Jokes on the mountain dew add "Dar ke aage jeet hai" etc. Anyway like we have always learnt United we stand , divided we fall , the United efforts of each one of us in the group made this trek not only challenging , adventurous and successful but also fun and exciting. We reached right on the top , shared food that each one of us had carried , cracked jokes , took a hundreds of pictures and gathered memories to cherish life time. The way back down I had absolutely no energy left but obviously I had to come back down so we made it anyhow. When we reached down our pick up Van was quite far away from where we were so I got a nice piggy ride back from Renvin till the van parking.

Me and Renvin always liked each other but the time we spent together played a major part in us bonding all the more and played a major role in our life bringing us closer together. When we reached on top , lazed around , chilled , spoke for hours amidst the serenity and beauty of the mountains , I guess we both found love or maybe love found us. 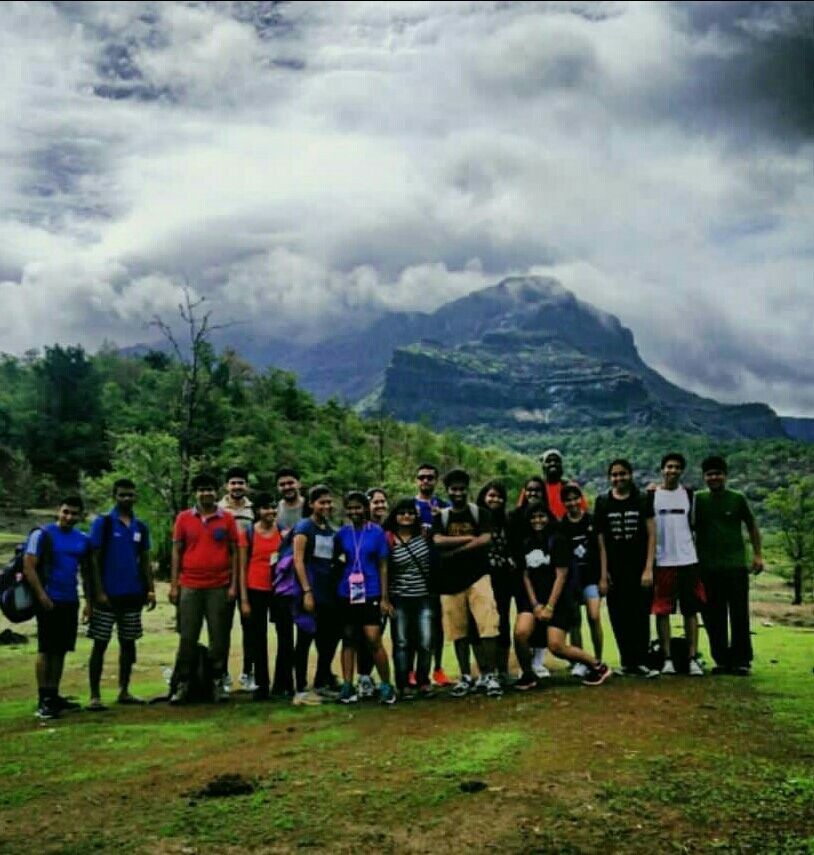 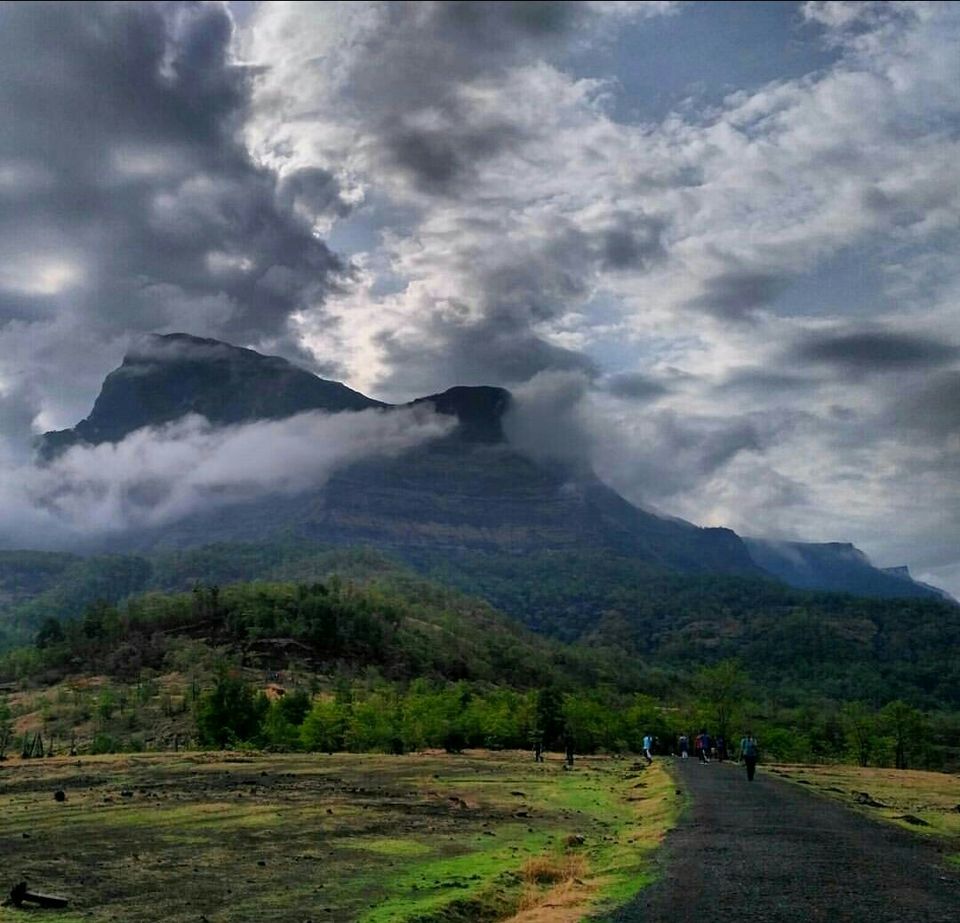 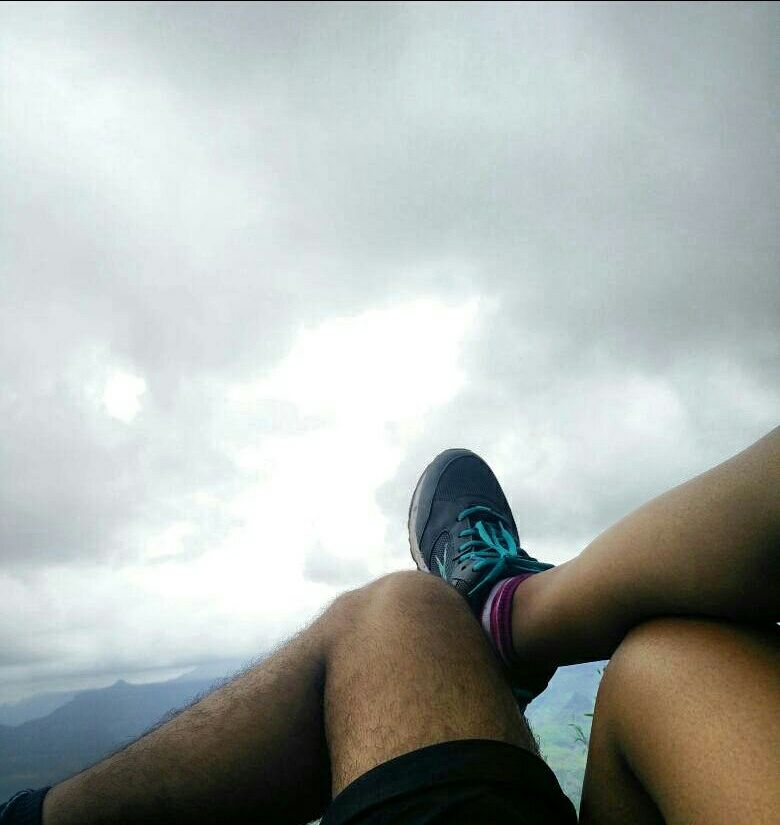 Me and Renvin and our endless talks 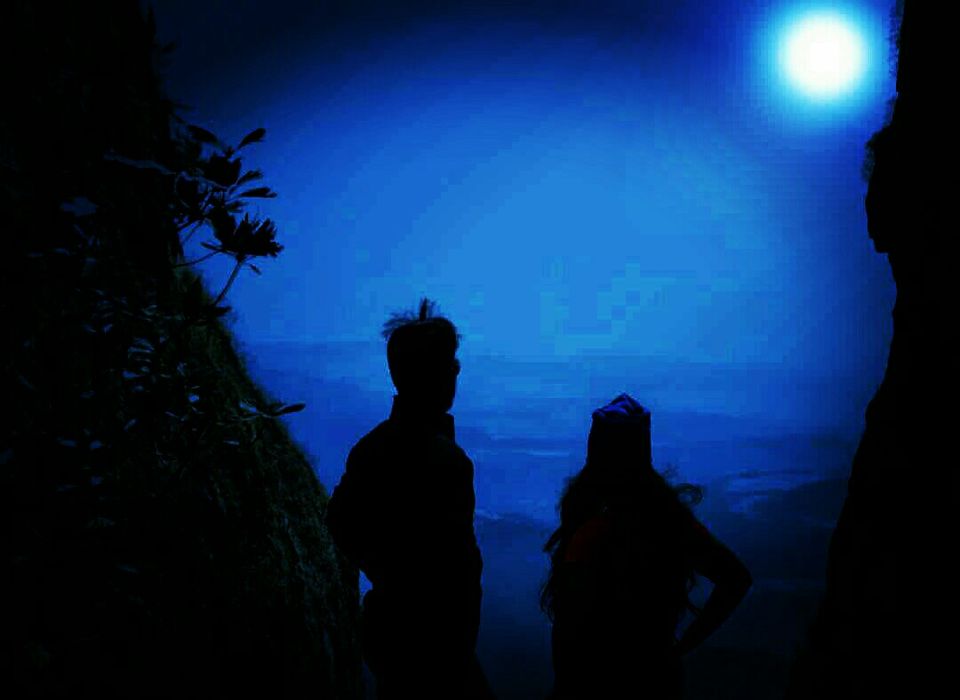 I definitely don't regret how badly my body ached at the end of the trip and how I struggled to wake up the next morning for college at 6 am. It was just worth every pain , every ache and every trouble. Worth teh heavy rains and the running nose most of us had the next day.

Guess I was just a trek away from realising how much I love this guy and how much he loves and cares for me, and this trek and time spent together just strengthened our bond for life. Since then it's almost 3 years that we have been together and we remember this trek as " A walk to remember"