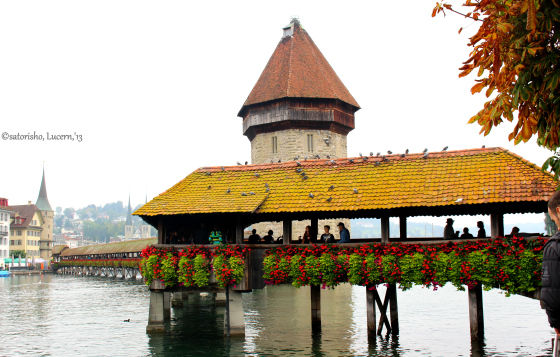 View of the old town of Lucern from the bridg 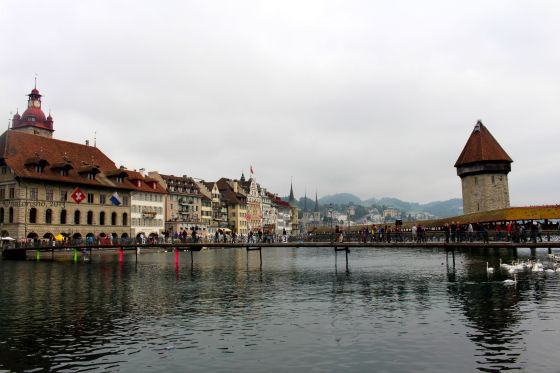 And I love photography 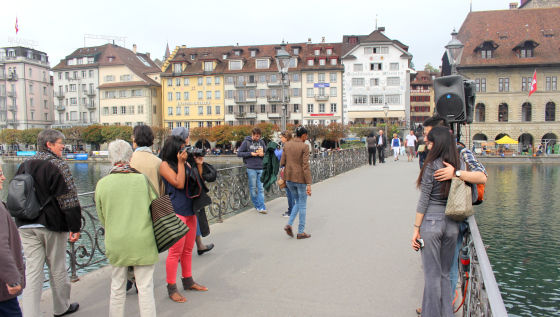 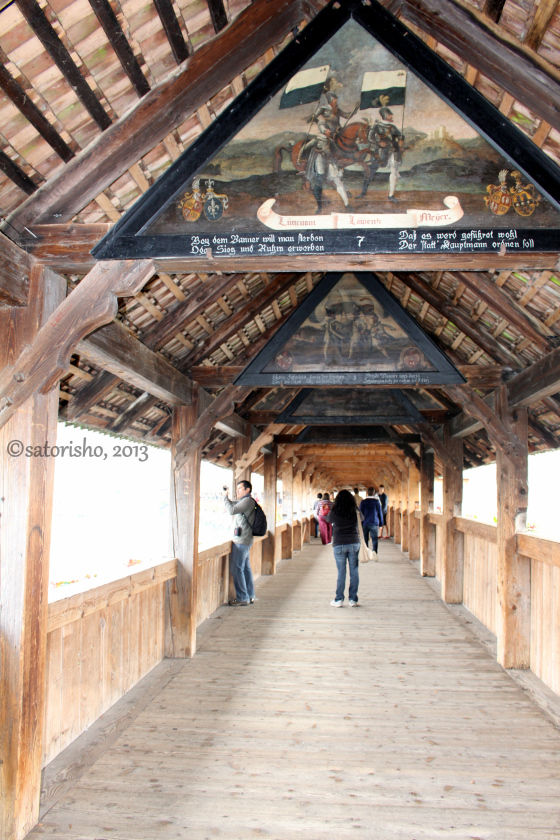 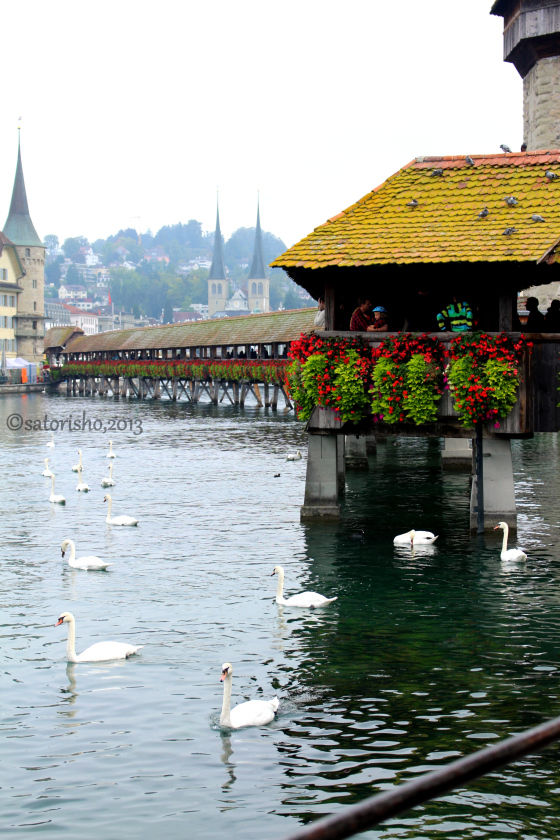 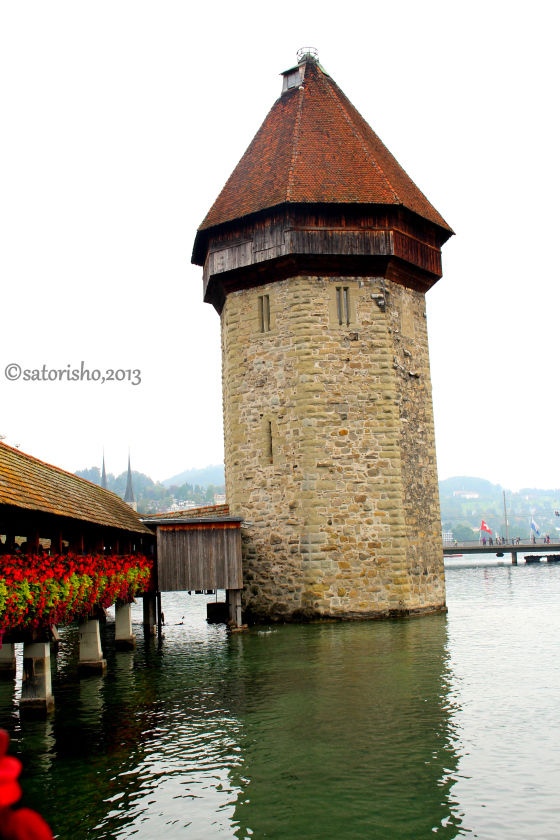 Old town from inside the bridge 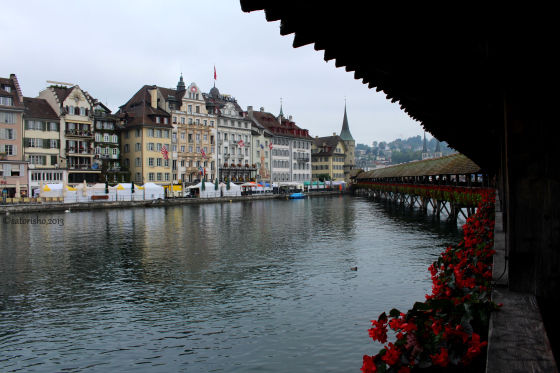 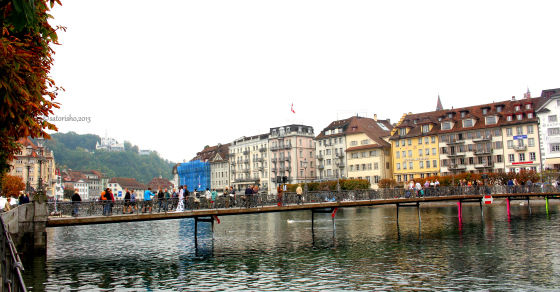 Cathedral next to the chapel bridge 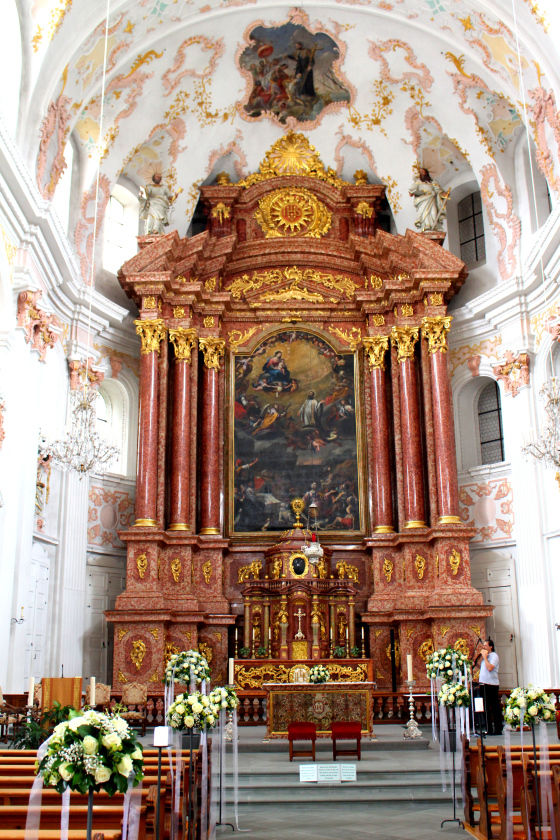 Cathedral next to the chapel 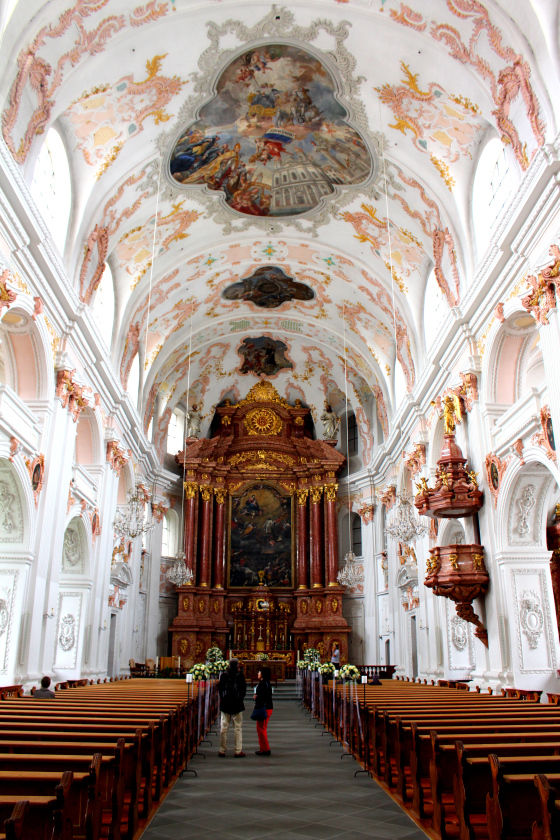 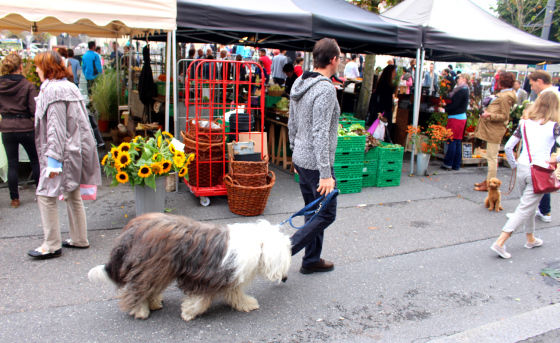 A visit to Switzerland was decided instantly in advance of a month. But having to spend only two days was much of a challenge. We decided on taking a tour to Mount Titlis, but little did we know that along with seeing the suspension bridge , we would get to see a major tourist attraction in Lucern, Kapelbrucke bridge ( Chapel Bridge) which is on the way to the splendid mount Titlis. The old town of Lucern stands stunning with its oldest wooden bridge in Europe called the Kapelbrucke or the chapel bridge with a wasserturm( a water tank), next to it, both built in the 14th century. They say that the water tank was used as a prison and torture chamber back in the days. I quite was astonished by the fresh colorful flowers that grow by the stretch of the bridge all through the year, I believe it is due to the fresh Swiss weather.

The bridge caught fire in the year 1993, cigarette buds presumed to be the reason for this and the bridge was restored within a year. Out of the 100 paintings placed in the interiors of the 860 feet long bridge, and since almost more than half of them were destroyed in the fire, they were later replaced by replicas.