Lakshadweep – The Place of Dreams 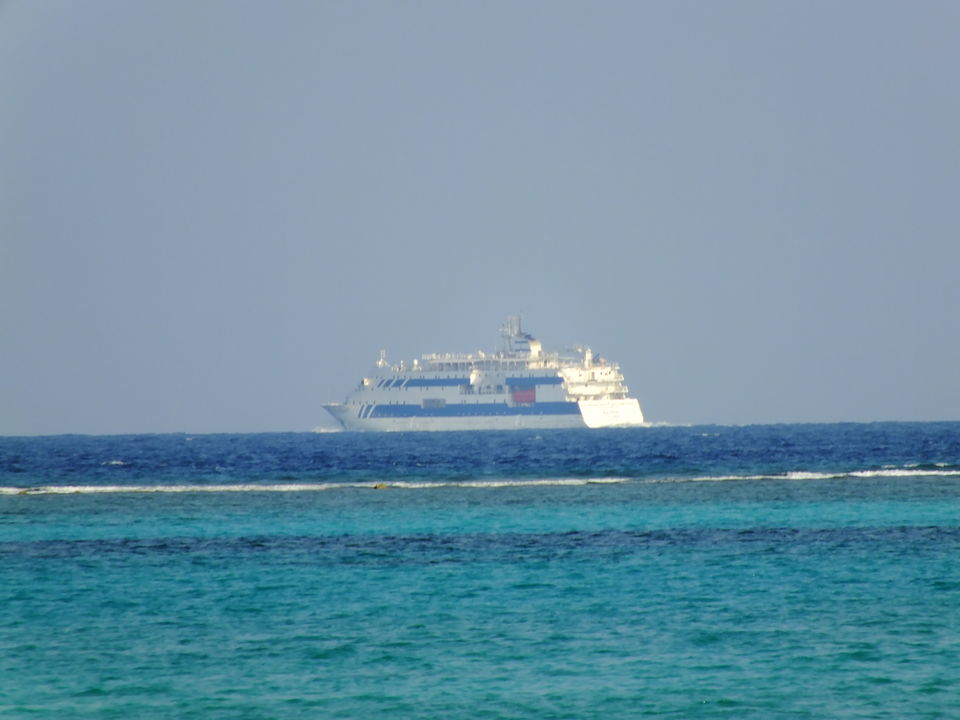 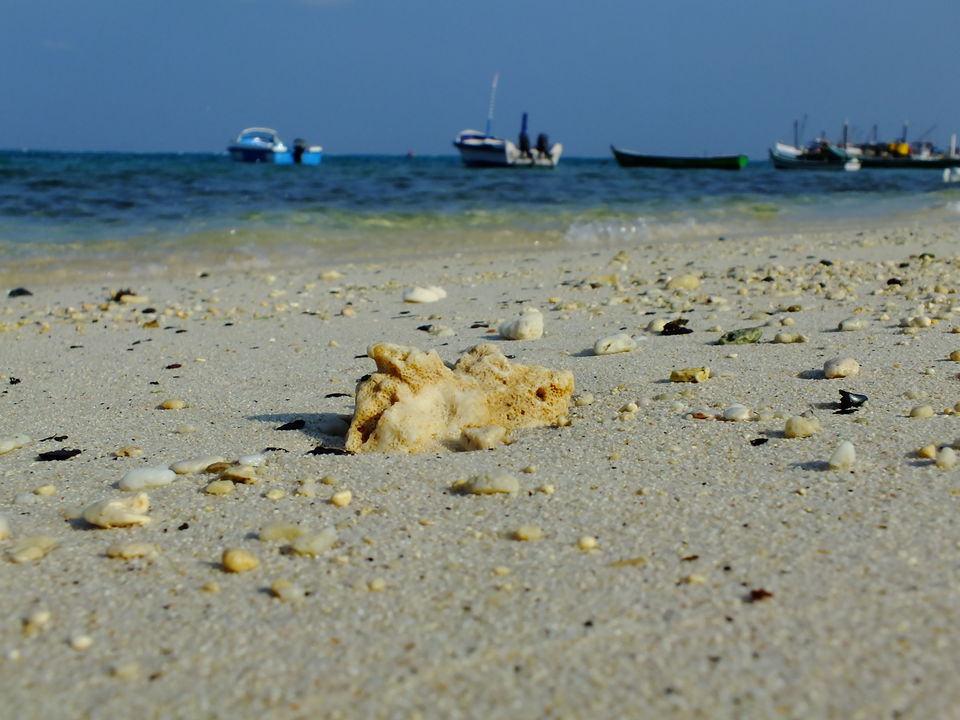 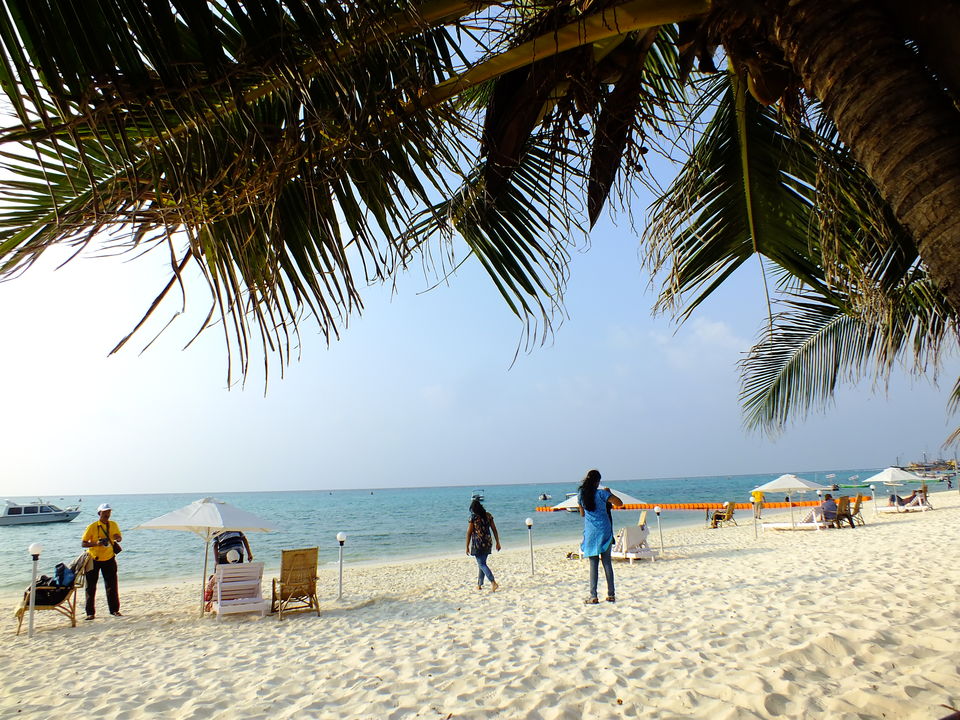 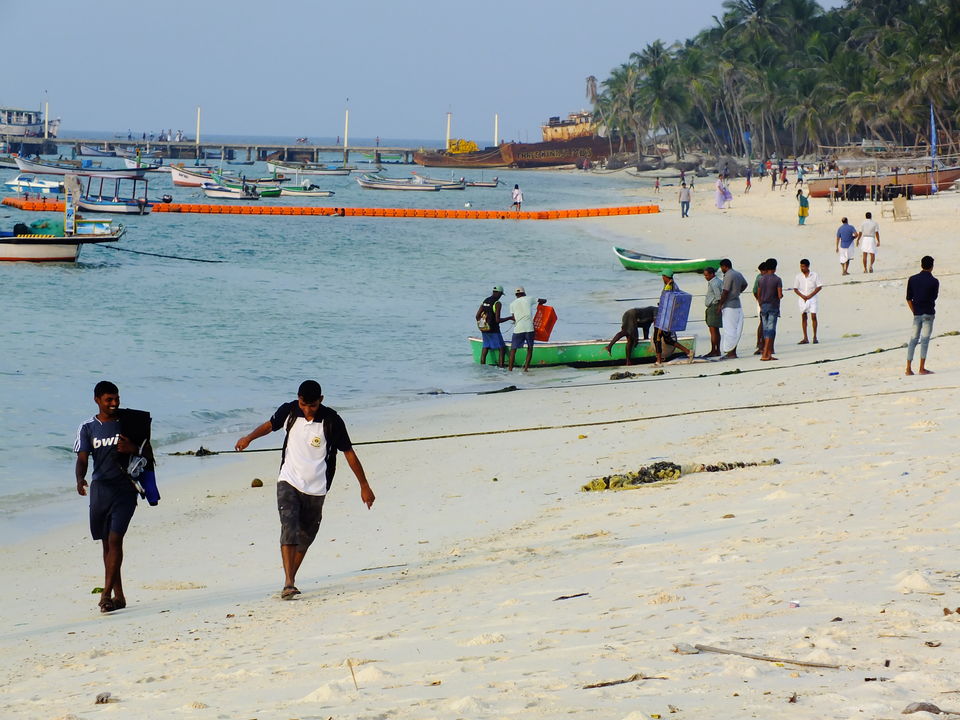 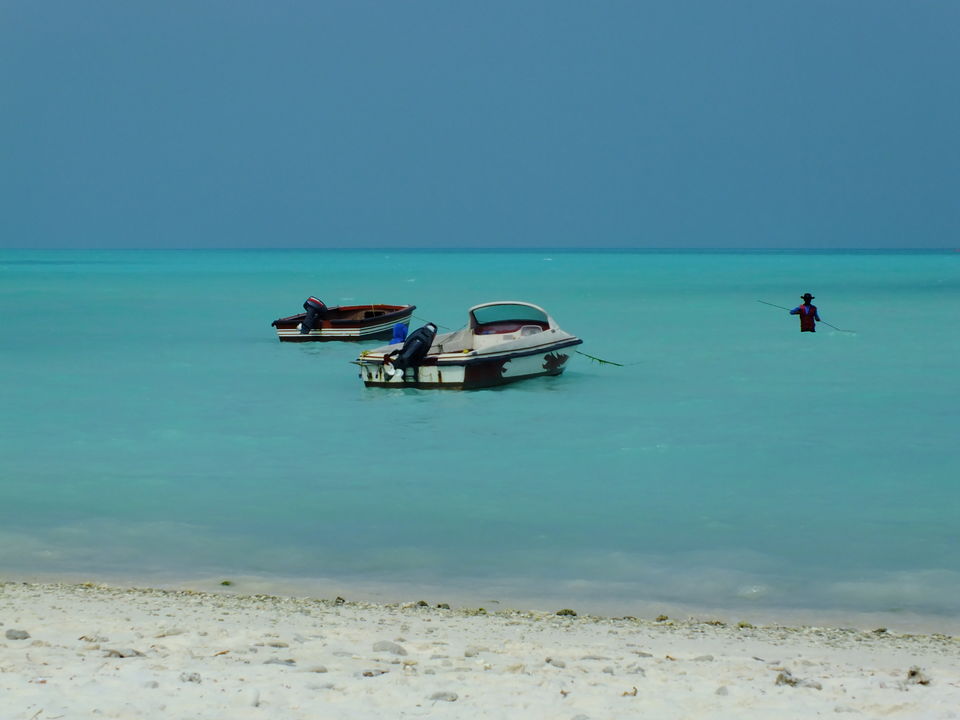 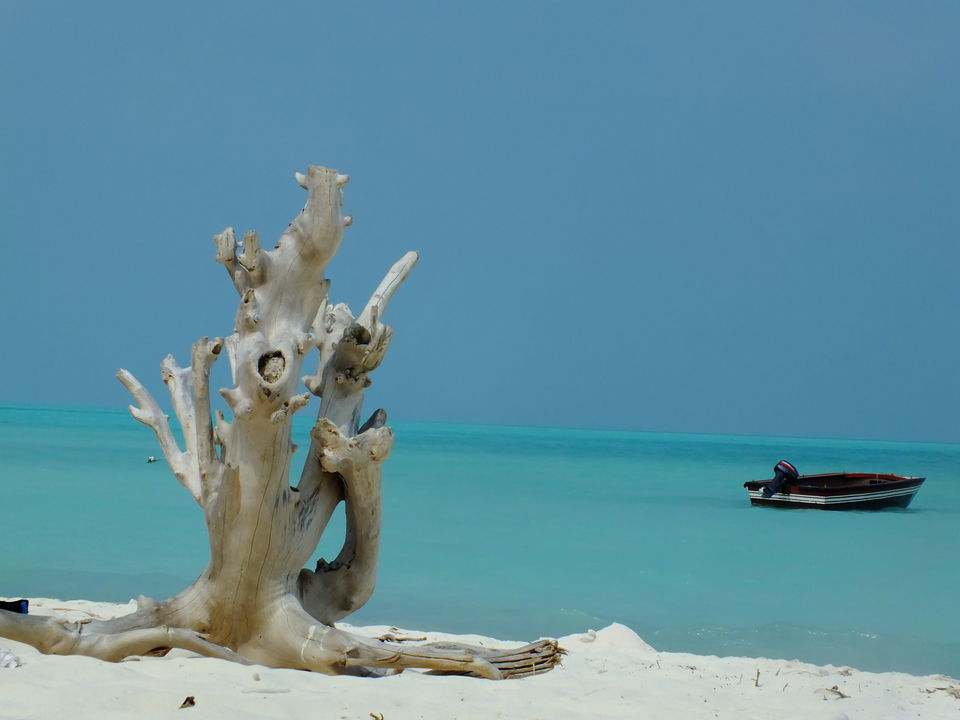 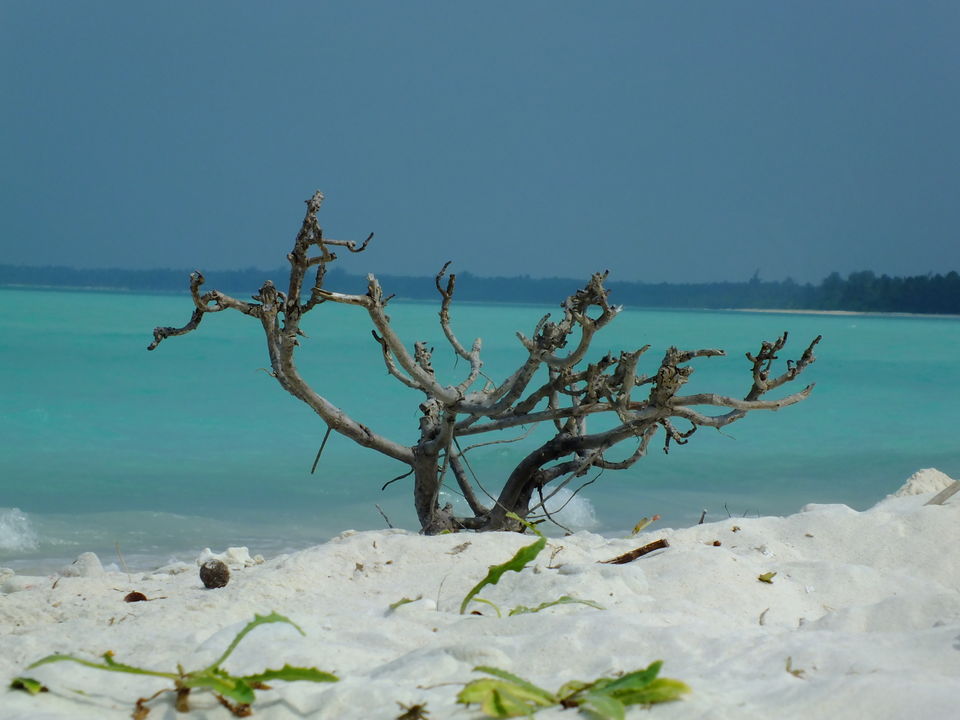 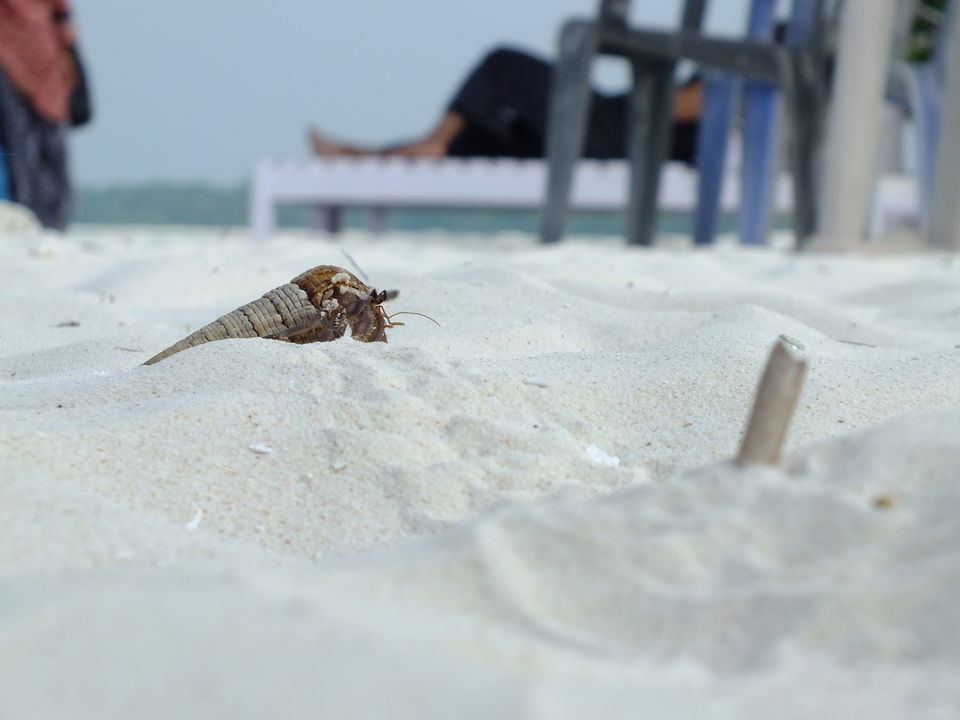 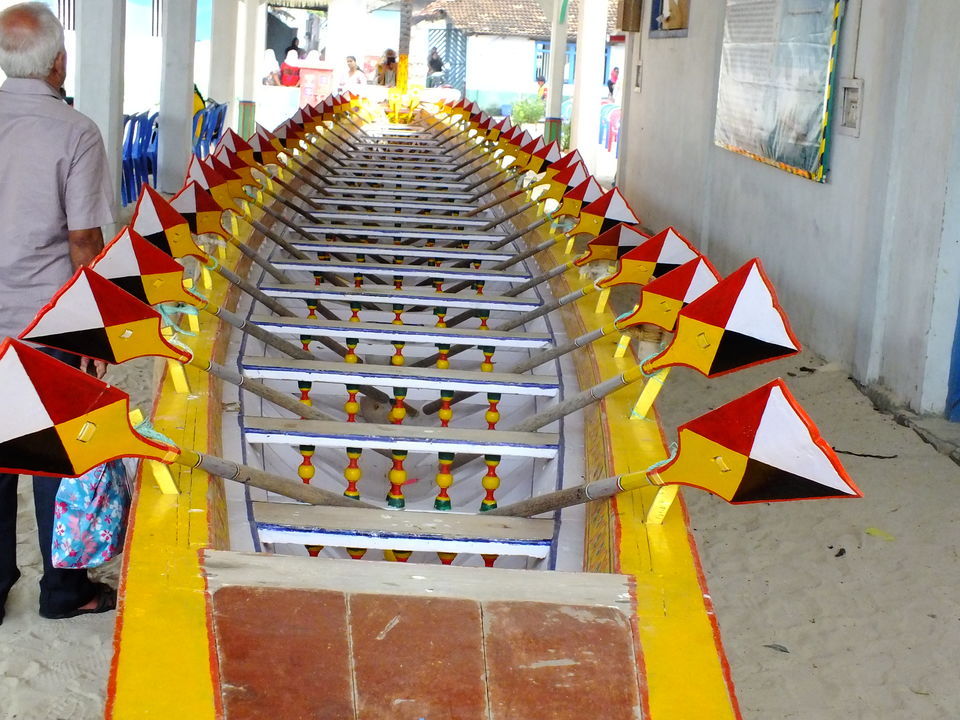 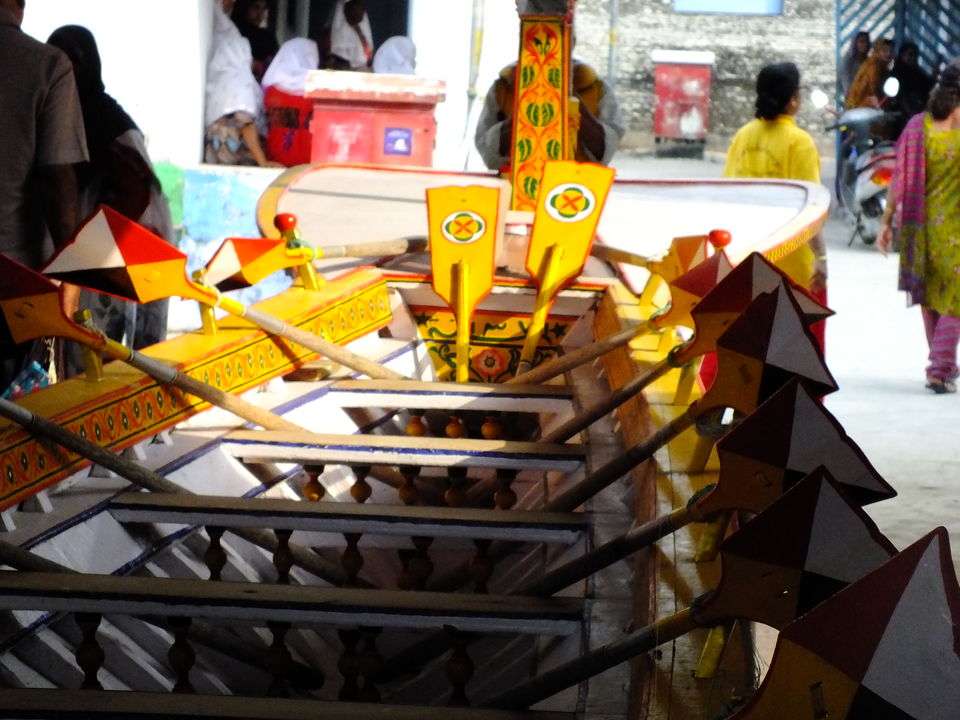 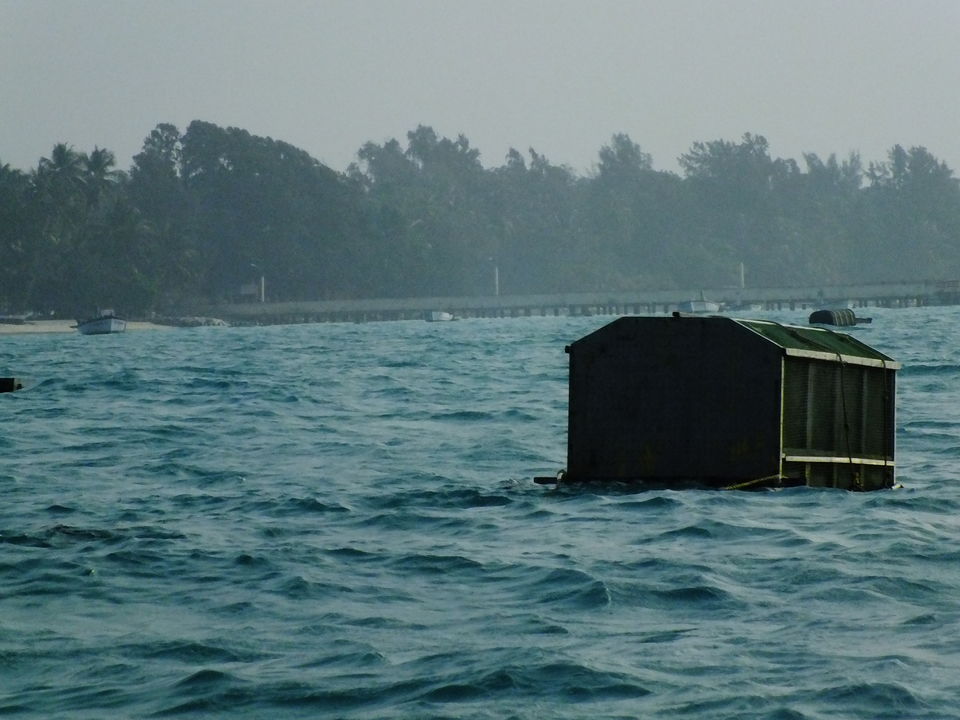 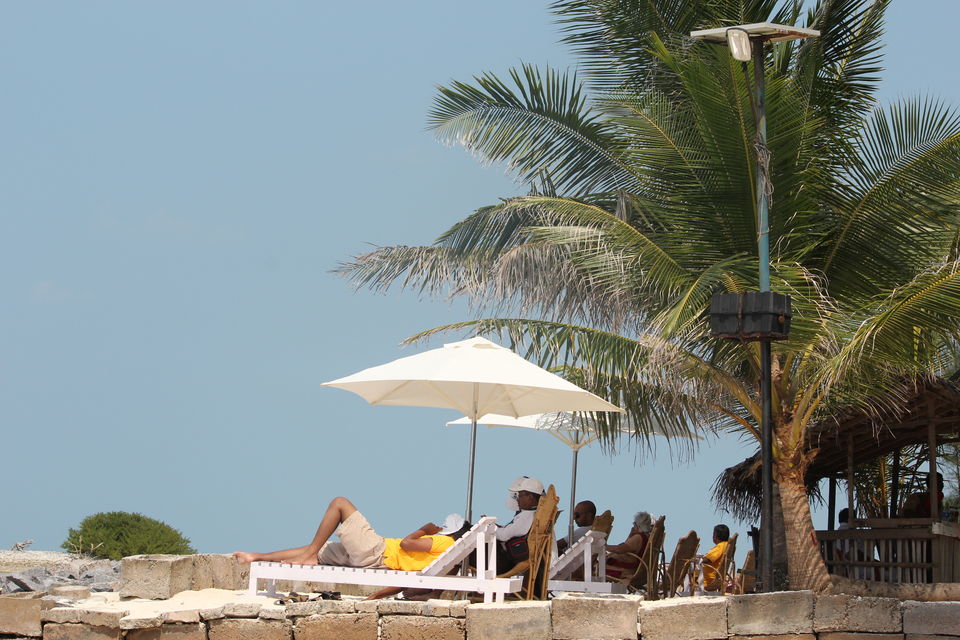 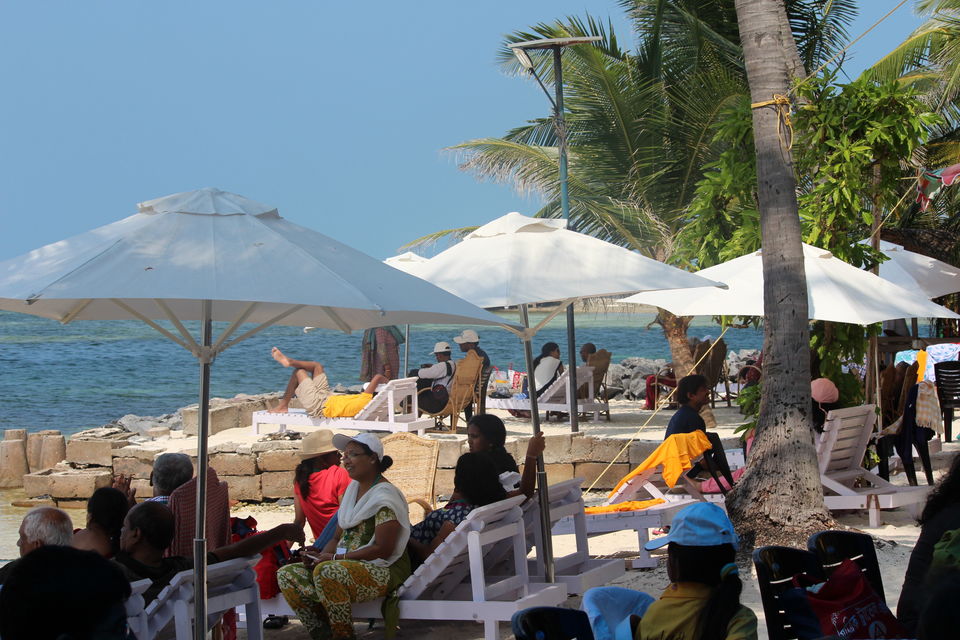 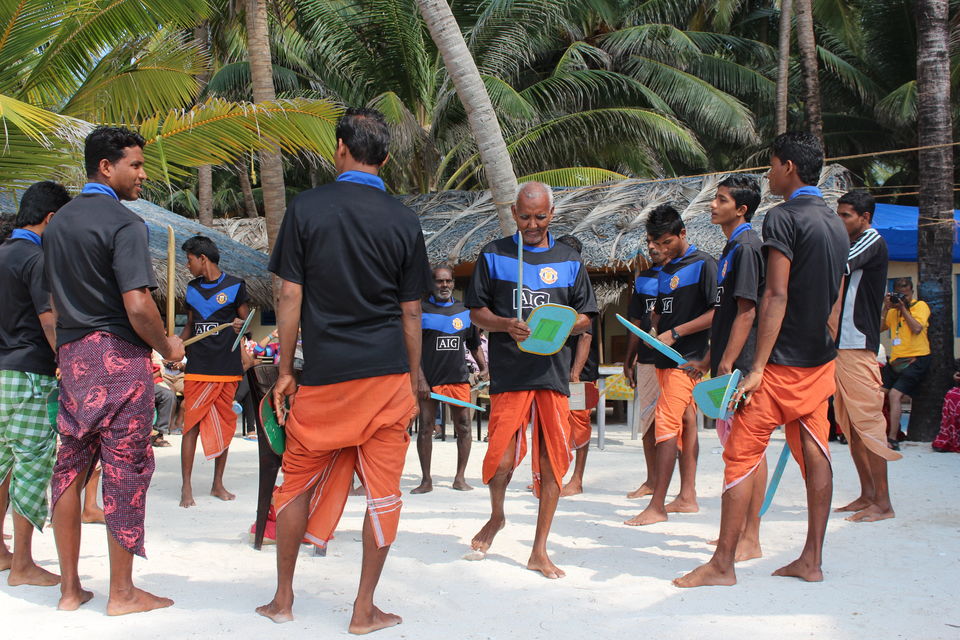 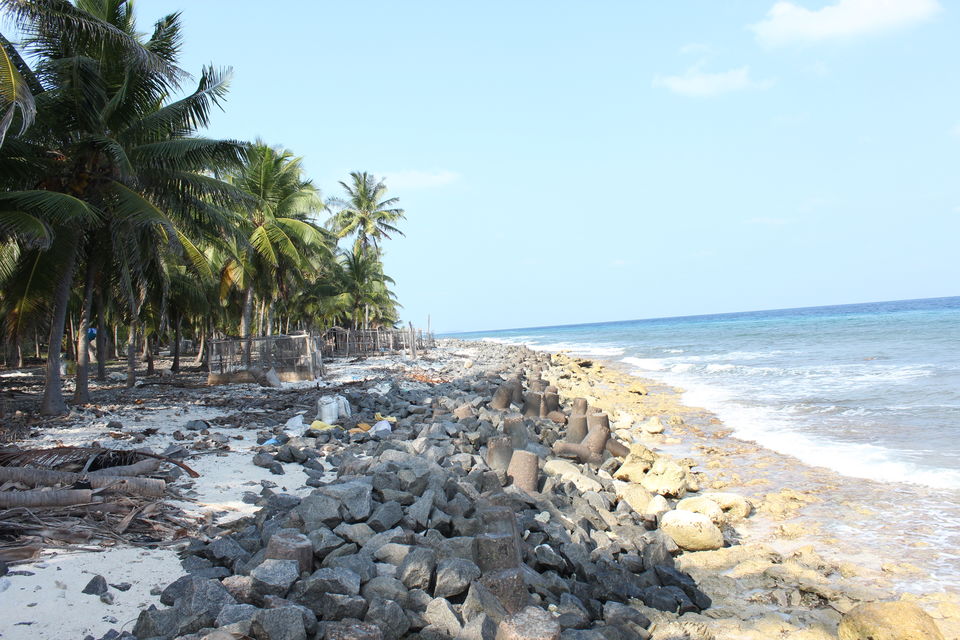 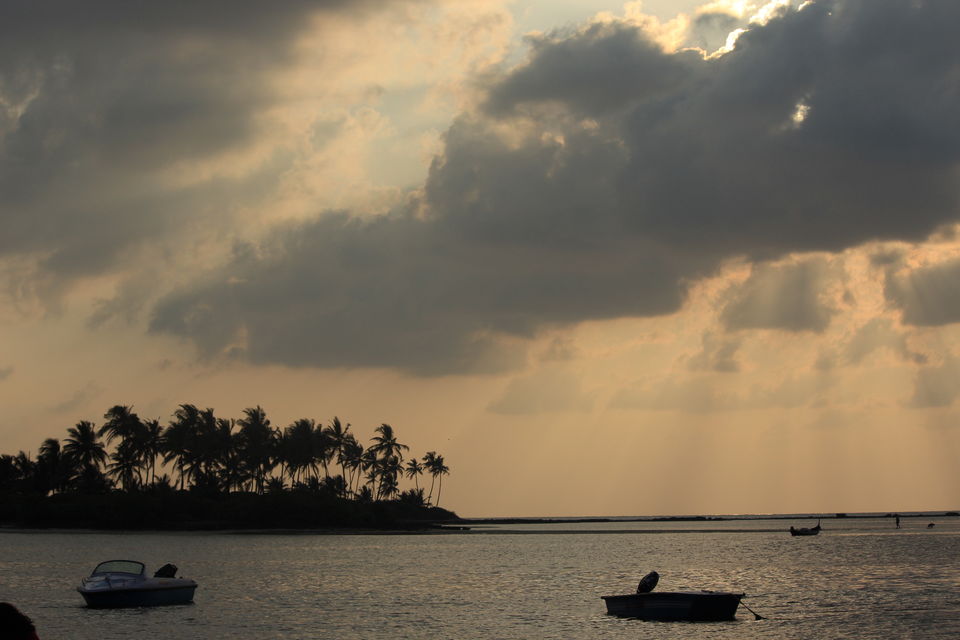 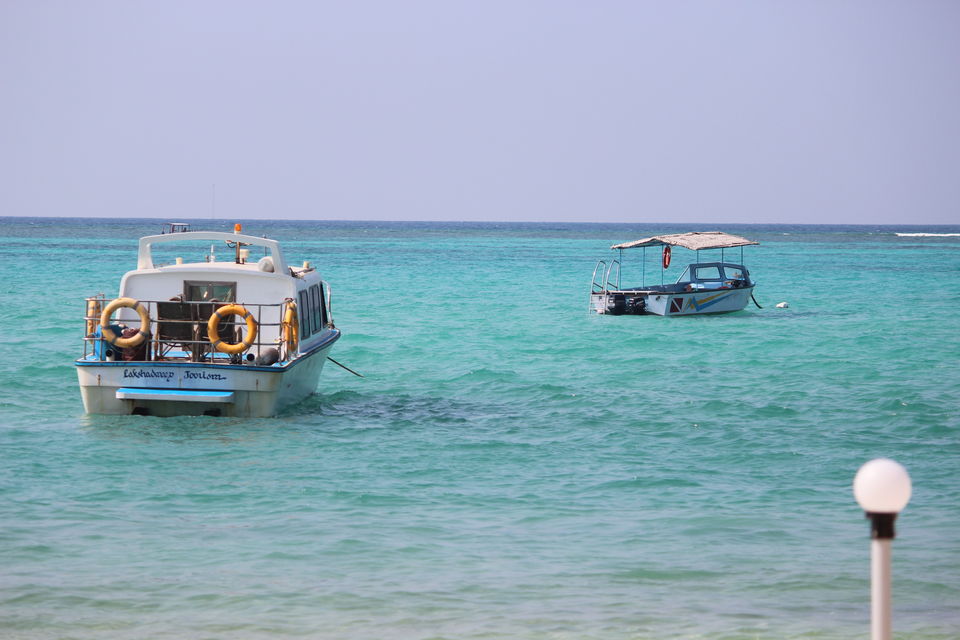 The Evolution of the Name

People generally refer to Lakshadweep as a hundred thousand islands, hence implying the name as Laksha i.e. One lakh and dweep meaning Island in Hindi. Hence justifying the name for a hundred thousand islands or Lakshadweep. However history doesn’t suggest that. During the spice trade Kerala was at epitome of all the trade purposes. Traders from all around the Arabic nations used to gather at Cochin port of Kerala as it was considered as the hub of all spice trading before Vasco Da Gama made his epic voyage to India. These islands are only 220 miles away from Cochin and falls directly on the spice trade route by sea. So these Arabic people discovered these islands on their way and used it as a halting place from where they used to again start their journey towards the mainland. They named it as Lakshya meaning direction in Urdu and Hindi and Dweep meaning island in the same language. However as per their concern these islands were those which fall in their direction of the trade. During the time when the British ruled India the authority of these islands were given to the East India Company by the then rulers of Kerala. The British people named it as Laccadive. This name implied to these islands for a long years until in later 1960s the Indian government after its complete takeover of these islands named it as Lakshadweep and is the smallest union territory of India. Irony is the present population of India still considers these as a collection of hundred thousand islands while in fact there are 36 islands out of which only 10 are inhabited.

My journey for Lakshadweep began in 7th January 2015 when I boarded my flight to Kochi from New Delhi. Being a vivid lover of the mountains, the sudden plan of visiting the beaches was one which gave an adrenaline rush since I have always anticipated changes. It was only for a short stint that I managed my leave from my office and decided to get set and go. This perhaps was my quest for redemption, an act of re-energising me and an act of emotional attachment because of I’ll be seeing my parents after a long time. Deep inside I was preparing myself because I might become sea sick, after all I have to stay during the course in the ship only. Cigarettes, yes releases the pressure in nerves, had a pack or two and yes I was ready. Evening 7-30PM I was in Kochi and the next day will be something different. Ship will depart from Ernakulam Wharf in the early morning.

Kalpeni Island :- Embarkation process from the ship started pretty early which I did not expect.  Local fishermen’s’ boats ferried us to the island. Whoa! First impression of the island was pretty bad. I felt like I came to a place of massive colonisation. I saw small huts, broken boats lying along the shore and big boulders guarding the shoreline from the mighty waves. I was a bit awestruck in the beginning until I reached the other side. When I landed on the north side of the island I had to pinch myself to believe that its not a dream but reality. It seemed someone has painted the entire canvas, green tall coconut trees, shallow seas, and clear blue skies. Felt like I have visited the paradise on earth. In the distance there were small fishing boats and I managed to see the fishermen throwing the nets for their catch onto the shallow seas. I felt like there’s one giant blue canvas right in front of me. Blue and the various shades of blue. The Kalpeni Island has exuberant beauty. The roads are cemented and are narrow. The roads carve their way along the shore, the sea on one side and thick coconut cover on the other. This was the road I took while traveling to Zwaid from Koomel beach. Snorkeling is a vital attraction which is available in Zwaid, the southern part of Kalpeni island and on the north lies Koomel beach. Best part is lying down in wooden chairs placed along the koomel shore. Warm and cold winds blow throughout the day giving delight. Mother Nature is so closely observed here, from rich marine life to the breaking of waves along the coconut tree lined white sandy shore. Kalpeni people are rich in their culture and traditions. They have a separate language called Jasiri although these days spoken in major parts of the island group. Jasiri is a mix of Arabic, Malayalam, Hindi and Mahl. I came across a folk dance performance by the local men of the island. The song and their energy filled dance performance was so charismatic that I had to record it for viewing it later which I did and I don’t know how many times. Best drink available is coconut water and various other drinks made from coconut which is nothing but a pure delicacy. The dark waters of Arabian Sea and the jaded blue waters of the surrounding shallow seas are brilliantly spotted all along the Kalpeni island shoreline. Kalpeni is nearest to the Kerala coast or better the Malabar Coast. No mobile networks are available; hence getting lost is the feeling which can be easily derived from the experience.

Kavaratti Island :- Kavaratti is the commercial capital of Lakshadwep. It is recognized as the capital city of all the 36 islands. The people of this island have a life of their own. They have their cars, buses for transport and even the roads are metalled and are pretty wide. So it can be considered as the largest of all the islands when it comes to area only to be followed by Agatti Island which has the airport of Lakshadweep. I did not have the permit to go to Agatti hence could not make out to that island although I wished to. Kavaratti is no more less than Kalpeni. The shallow seas are so wide that the ship had to anchor some 2km away from the island in the deep seas. Even the shallow seas are high in its tides and waves. It took almost 40minutes for us to be ferried to the island from the ship. The sea and the lagoons seemed bluer here. It seemed that the sky had cast its reflection right onto the sea. As I said it is the commercial capital, business has flourished far and wide in this island, from tanneries to mills and many others. Even they have a separate coconut production unit of their own. Snorkelling, Knee Boat rides, speed boat rides and kayaking is major water sports available. The most thrilling of all is the glass boat ride. The boat has a glass bottom and as it moves across the coral reefs the rich marine life is quite easily spotted. From schools of tuna to pilot fish, sardines, tortoise and many other species that do thrive in these reefs was unknown to me, thanks to that glass boat that made me realize the existence of the vast marine life surrounding Kavaratti. If you are a good swimmer then Kavaratti awaits your arrival.

Minicoy :- This island was the last on the bucket list. I waited for long time to visit this island. I have read much about it in my school geography classes that the island is extremely rich in marine life and lagoons surround the island. That was some 15 years back. I was perhaps in my 7thor 8th grade that time. Now was my turn to see it in my own eyes as it is said ‘seeing is believing’. Minicoy stunned me completely as my first reaction was where the hell I am. Is this somewhere in India? I was so damn awestruck by its beauty. The first visit to the Minicoy lighthouse established by the British was so thrilling. I had to climb some 230 odd stairs to reach to the top to have a complete 360 degree view of the island and its shores. To my surprise the green foliage and the blue seas variety seemed much widespread here. The shore to my left had black water while the one to the right was a lagoon and plenty of lagoons to that side. Had my turn of doing scuba diving here for the first time. I had myself registered to their 1 hour of lectures on vital instructions and felt extremely enthusiastic to try it for the first time. Amazing it was. As the captain of the ship said that if someone has to try scuba diving Minicoy should be the island to try. He wasn’t bluffing I realised. Many other tourists tried it in the other islands but I felt pity for them as they missed the real beauty. The scuba diving experience was amazing. Prior to the dive with all those masks and a loaded oxygen cylinder, I felt like I am living my life to the fullest. As I stood in the shallow sea and listening to the vital instructions from the trainer it was a gigantic nervous excitement explosion which I could sense. Finally it was the time as I explored the magnificent sea bed with all the eels and other fishes that came close to me and I made some soft touches to their fins, and quickly they moved away. Once in a lifetime opportunity I must say and I entirely stumbled upon it and enjoyed my time to the fullest. Keeping the Scuba diving thing apart, I enjoyed some local made coconut drinks and tea of course. They made a fillet of some rice preparation with stuffed sweetened coconut inside which was a dish I have had never before. All in all Minicoy gave me plenty of memories to be remembered.

As I entered my cabin in the ship for one last time I felt bad. I was just leaving paradise for the sake of my job, which sucks but pays me good but has no meaning at all. But got a reality check of career and making life. These islanders they also do have a life but of lesser expectations. Hence they are in peace. No violent acts or no squander of things, speaking my heart out literally I found some peace there in Lakshadweep which will remain in my fond memory for a long, long time.

Major Source of Income for the islanders

These islands are well known for the enormous amount of coconut production throughout the year. As it is known that coastal areas of India are all filled with coconut trees. Main production of these islands is only coconut and is the cash crop. The people has the advantage of utilising the large shallow seas which is filled with a rich marine life i.e. crabs and fishes. Fishing is the major source of income of these islanders and exporting coconut items and various other coconut by-products like oil, ropes, powdered coconut, etc. Alongside these two they have the privilege to work in government offices setup in the island, however on my visit found only a public works department office, a police station and only a telecom customer service office. Since Lakshwadeep falls under the Govt. Of Kerala so the islanders have the opportunity to work for the government in the mainland. However in the last decade various renowned universities of Delhi, Mumbai and Kochi (old Cochin) has established a particular quota for these islanders where they go for educational purposes so that they can establish themselves well in near future. Survey suggests that some have started basic business of their own in the island only.