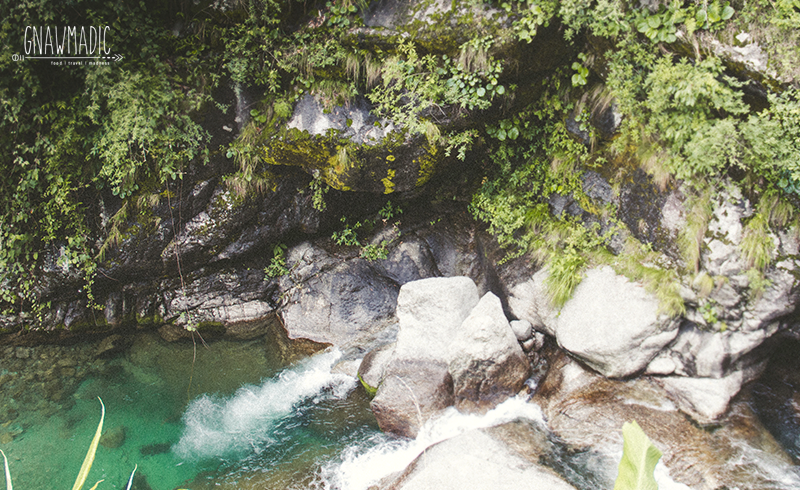 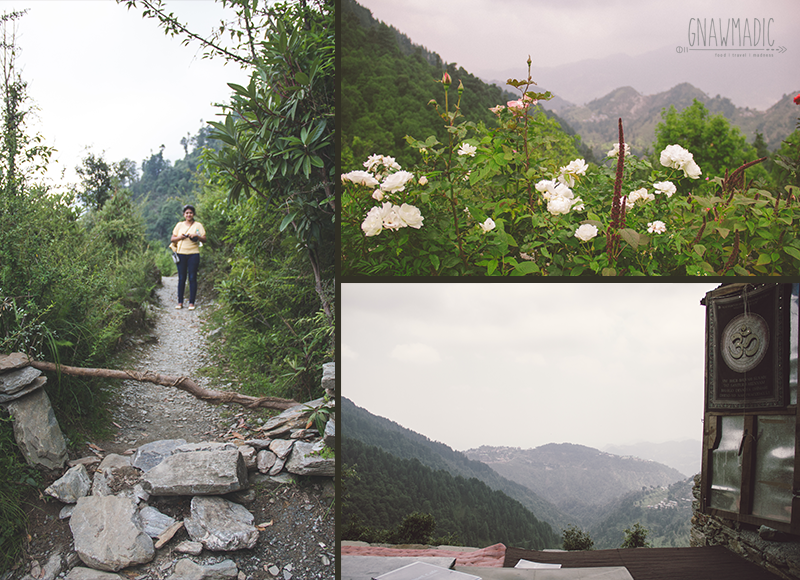 Whoever said, ‘It’s all about the journey and not the destination’, must have been on a trek.

On a warm summer afternoon my friend Trisha and I strolled along the streets of Mcleodganj. This was my third visit here, and Trisha’s first. But the only difference was this was my first trip during the peak season. I almost regretted the decision to come here at this time, as the place was not only over-crowded with tourists from Punjab, Chandigarh & Delhi, but was overtly dirty, replete with open dustbins, honking cars, stinky drains and traffic jams.

I felt bad as I had suggested my friend to accompany me to one of my favorite hill-stations. On our second day there, we almost had had enough and decided to trek uptown. If you have been to Mcleodganj, you would know there is a fork road from the main crossing; one road goes to Bhagsu and the other one to Dharamkot. We decided to go to Bhagsu first. There’s a temple and in front of it is a small swimming pool and if you walk a little bit more, you have the Bhagsu falls.

The swimming pool is usually brimming with semi-clad men and kids at all times. Trisha and I shared a few laughs looking at their enthusiasm and frolic for a few minutes and then made our way to the Bhagsu falls. This is where the falls end and reaching it requires walking upto it for a few minutes. I zoomed into the action through my camera to get a clear view of how crowded the falls were and all I saw was hordes of people fighting their way to get a few drops of water fall on their head.

We chose to not go any further and make our way back to the fork road and climb upto Dharamkot. By now we were a bit tired and looked for a cab. We were lucky to find one who suggested we go to Gallu temple, which was even further up Dharamkot, if we wished to find peace. We agreed and hopped in. We reached Gallu temple which is more like a spot till which vehicles can go. Beyond that one needs to rely on their two feet or horses. Our driver told us that if we would like to trek a little, we could hike upto the highest point of the Bhagsu waterfall. We didn’t think twice as all that we wanted was to go far, far away from the madding crowd of Mcleodganj.

Our first stop was at a little hotel called Horizon, it had a breathtaking view of the lush green mountains and not even one human in sight. We made our way in. We saw a family of three; a man, his wife and their kid. He introduced himself as the owner and manager of the place. We peeped into the rooms, and at once wanted to stay there for the rest of our trip. But how much ever we wished, we had already booked our hotel at Mcleodganj for the next two nights. He told us that he made his own rules when it came to renting out the rooms; he often refused guests if he felt they don’t suit his taste, even if that means he has to leave the rooms vacant. It made some sense to us as most of the tourists create a nuisance that would only spoil the clean and peaceful environment of this place.

We continued with our journey. A few minutes of walking and we realized we both were the only two people in sight. But that was exactly what we were looking for, solitude in the mountains. We walked uphill for some fifteen minutes and found a little café that was on the edge of the hills, it’s called Sunset Café. The first thing I asked was, “Do you have Maggi?”, and the guy nodded in the affirmative. It had been two months that I had laid my hands on Maggi, after the ban was issued in Delhi. Apart from that we ordered some egg and cheese sandwiches. The guy who ran the café told us to visit the place again at sunset, as the view would be too good to miss. We looked at our watch, it was just 1:30. The board in front of the café read, ‘Waterfall 2.5 kms, 40 minutes’.

We closed the conversation and got back to our trek. The weather was bright and sunny and very soon even the camera pouch on my back seemed to weigh on me. The track was not only too narrow but even too slippery at some places. After an hour or so, we saw a boy and a girl coming from the opposite side. They weren’t Indians and the girl was walking barefoot. They smiled at us, we smiled back and continued to walk. There were arrows marked in white paint on the rocks and that was our only direction map. No network, very little human connectivity and lots of hurdles. We braved the slippery track, the hot weather and a few near-death experiences. But the best (or worst) was yet to come. What we saw in front of us was a pile of rocks on a slope, and that was the only way to move ahead. This meant, we must watch our every step and balance ourselves. Trisha led the way. She plonked herself (on the rocks) and started bumming her way ahead. I too followed suit. This was definitely the toughest hurdle till now.

The direction sign now read, ‘Less than one kilometer’. The sound of the waterfall grew louder. Our feet started to give up but the trekker in us refused to. There was no going back. Only forward. We met a woman who was accompanied by a guide and was on her way back. We asked her how her experience was, and she said with a smile, “It’s a bit of a surprise”. We chose to believe it’s a good one. We were just a few steps away from our destination, now we had to climb down a few big rocks to reach our spot. The river flowed right in front of us. My knees shivered, we had reached the end of our trek. A group of guys helped us make our way down. And they said, ‘you’ve made it’. That’s the thing about trekking; complete strangers become your guides, your companions, your travel buddies.

And here we were, the Bhagsu river gushing out of the mountains, meandering its way over the rocks, passing by us. We did not waste any more time, knocked our shoes off, and splashed into the river. The water was icy cold, exactly what our sore feet needed. The pain and the fatigue was all washed off in minutes. This secret little place was as picturesque as it could get, untouched, unexplored, and straight out of a postcard.

I looked up at the grey blue skies and the mountains green, it was all beautiful, it was all pristine.