We took an early morning flight from Delhi to Guwahati, from where we took a personal cab to Shillong,which is the capital of Meghalaya and is often described as scotland of the East.

It is a beautiful three hour drive from guwahati to shillong during which our first stop was umiam lake which is a common yet scenic spot in shillong.

Next we drove off to Laitlum Canyon which have recently garnered attention due to the shooting of Rock On 2.

Meghalaya translates to abode of clouds in Sanskrit which we aptly got to see here at Laitlum canyon.

For dinner we ended up at Dylan's Cafe, a funky cafe which serves delicious food and also gives you a canvas to try your hand at painting. 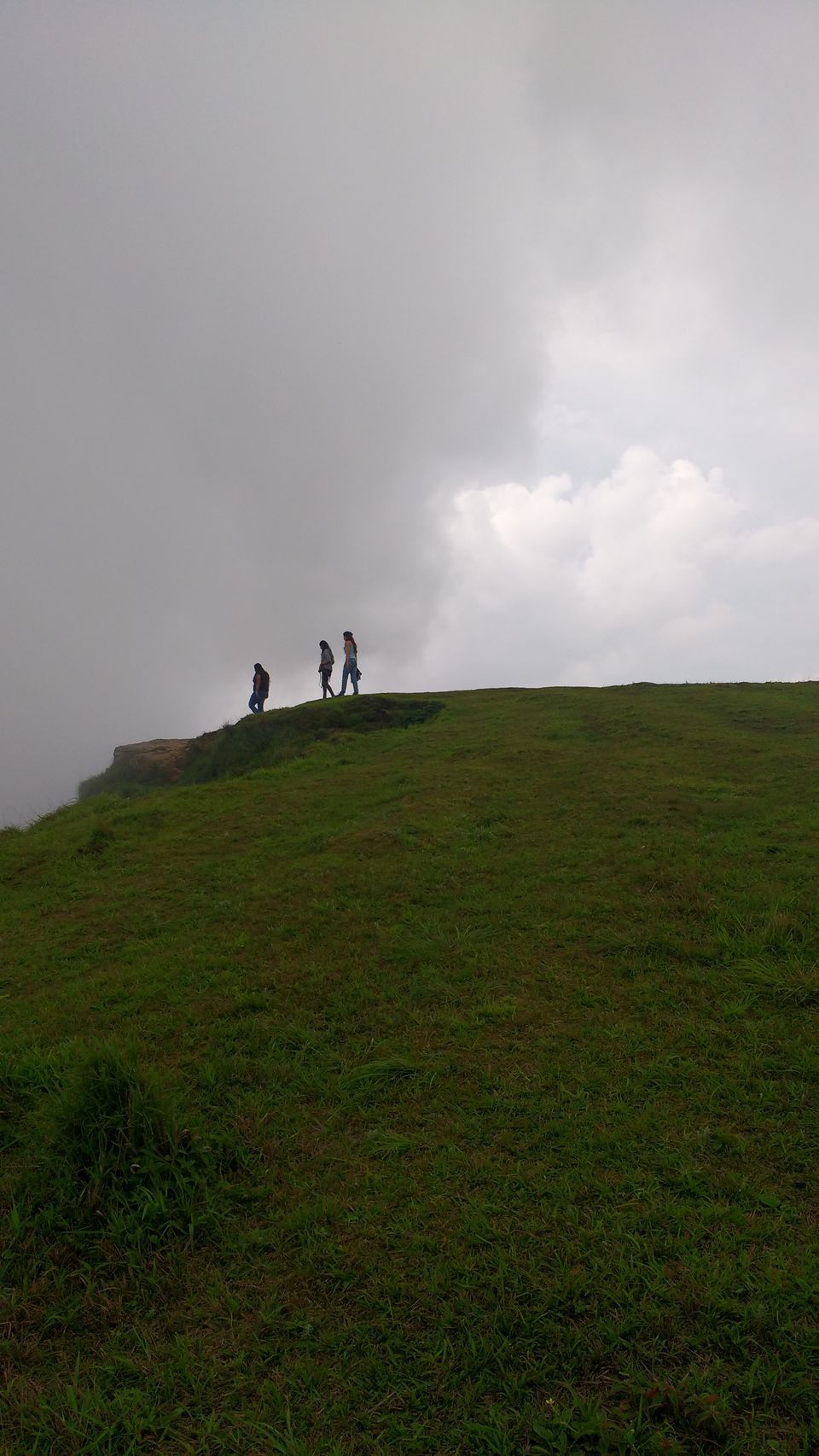 We started the day by driving to Cherrapunjee alternatively known as Sohra from where we started the famous Trek to the Double Decker Living Roots Bridge.

A living root bridge is formed by guiding roots of the Ficus elastica tree across a river, and allowing the roots to grow over time.

The trek involves descending 3000 steps and on the way you also come across a smaller living root bridge. This trek also leads to the rainbow falls which is further ahead of double decker bridge.

We reached the starting point of the trek at around 11 which was a two hour drive from Shillong.

It was another scenic drive with a stop from where you see the border of Bangladesh.

During the trek we got lost!, took several stops to dip in the tempting natural pools and finally reached Rainbow falls after 4-5 hours.

We went on to stay the night at a home-stay in the nongriat village itself just opposite the Double Decker bridge. 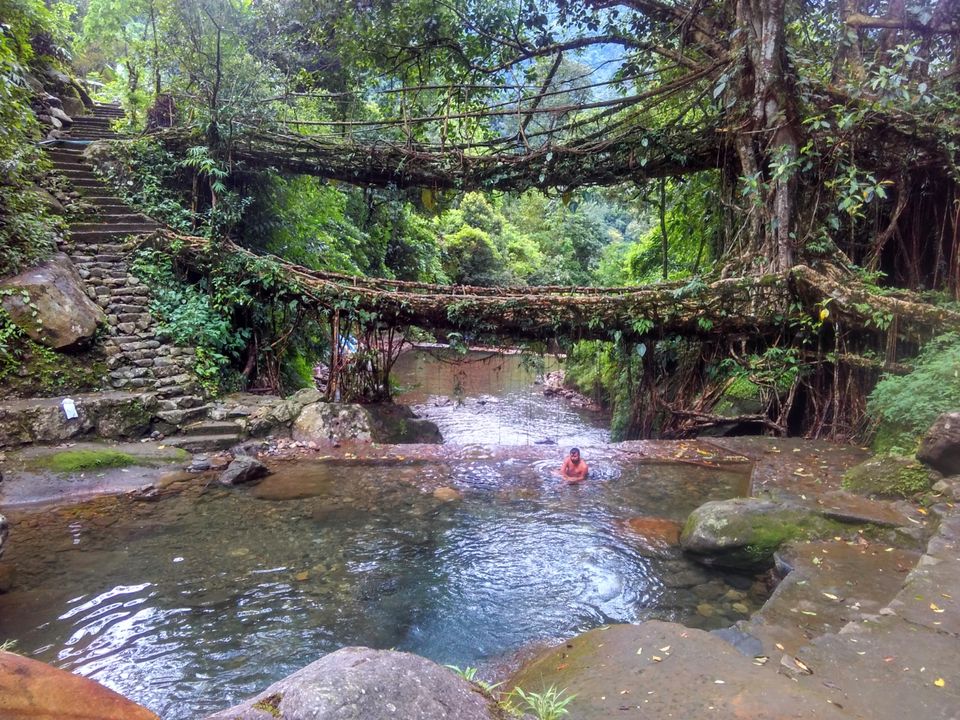 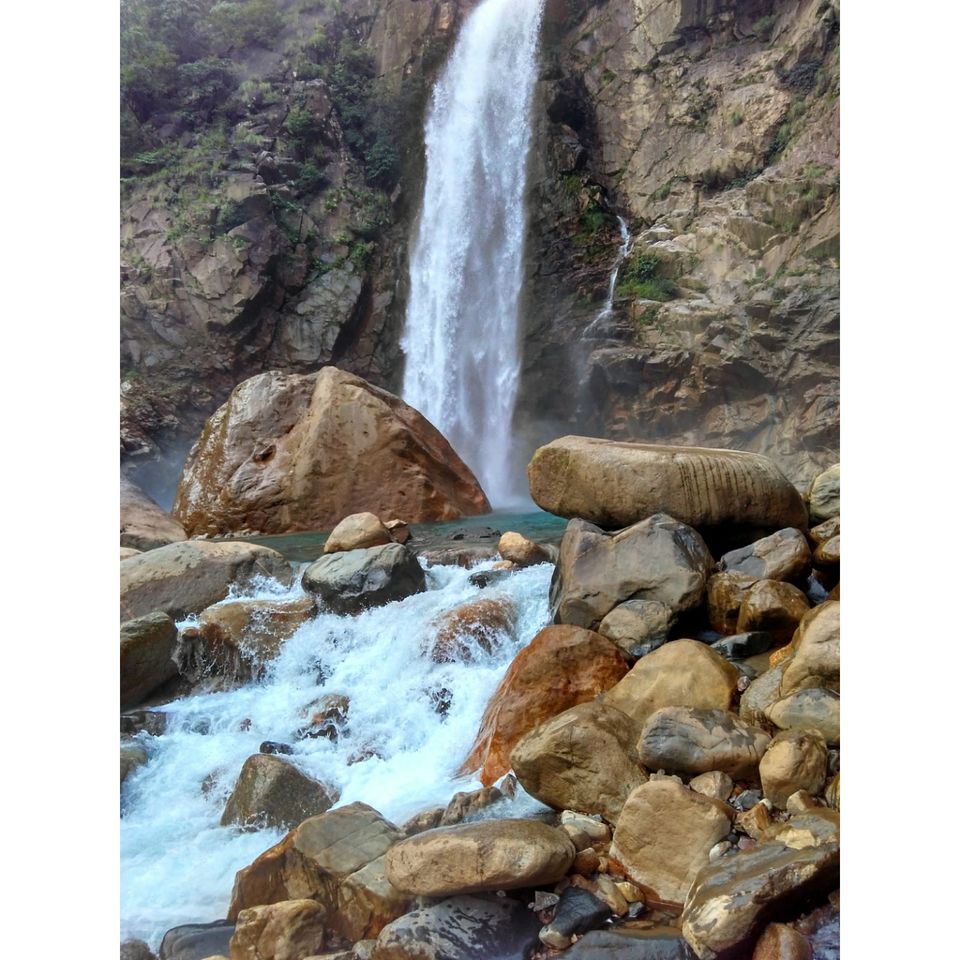 Started the day super early so that we could get the pool below the Double Decker bridge all to ourselves. After spending some time enjoying the beautiful waterfall we started the trek back!

To reach back to the starting point one has to climb 3000 steps. After taking a lot of detours while dipping in the various natural pools we finally reached our cab around 11 in the morning.

We next went to Mawsmai Caves, the limestone cave where you enjoy the impressive formations, dark passages and chambers.

This peak into the underworld is a small adventure in itself as there are places where you have to bend and squeeze yourself out.

After the visit to the cave we spent some time admiring the scenery from the grasslands just outside the caves before driving back to Shillong. 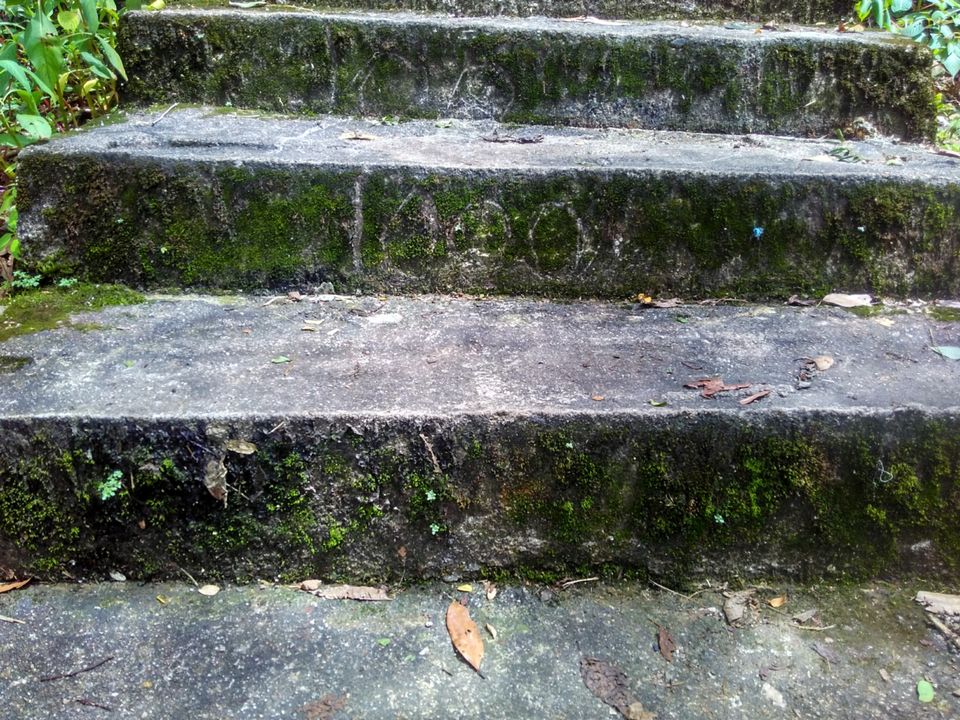 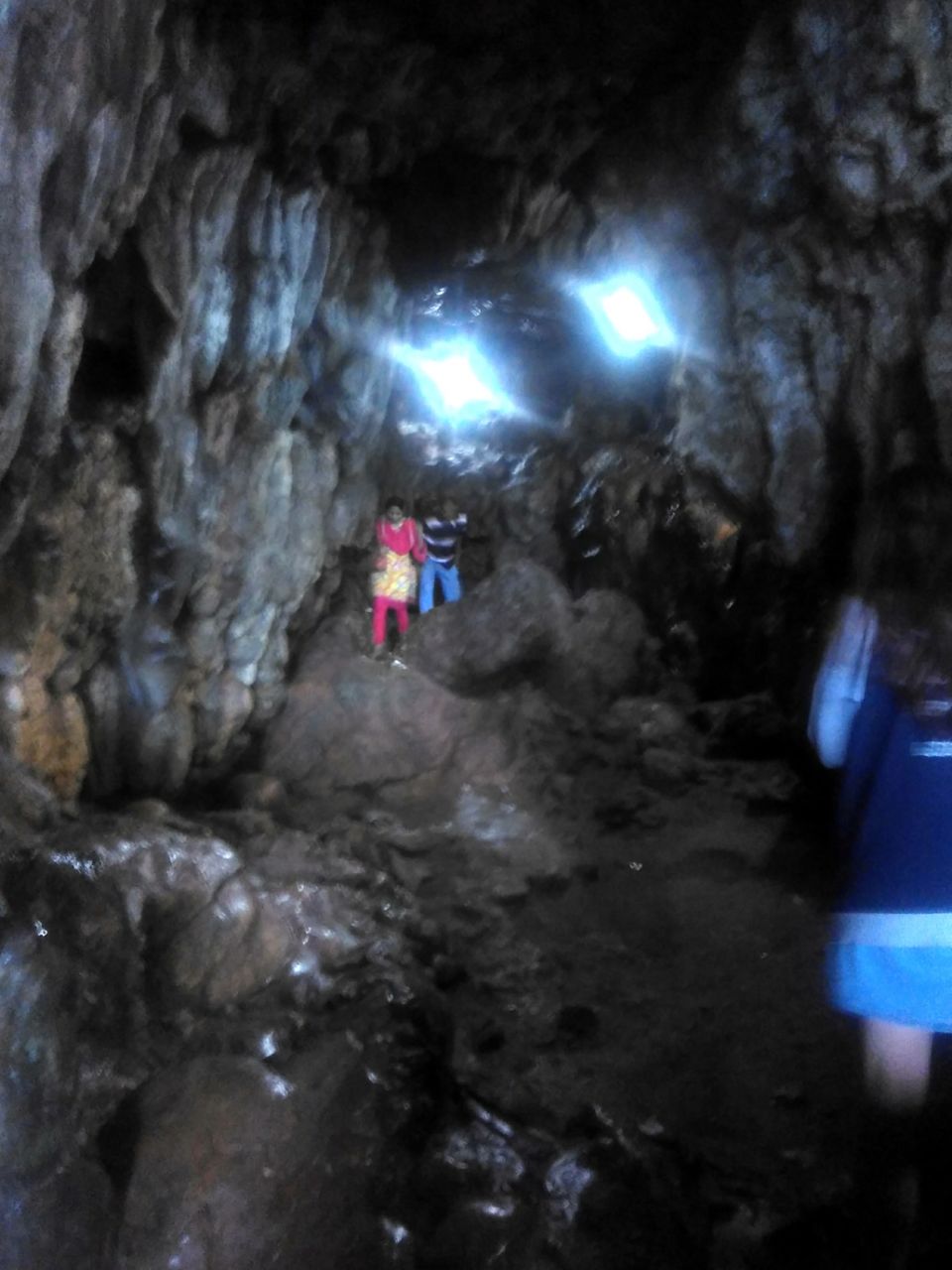 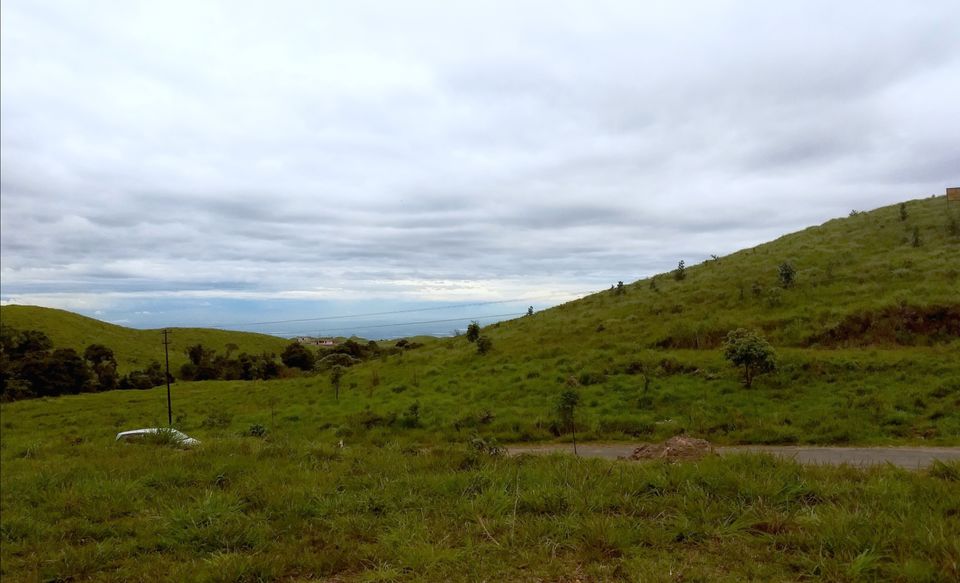 On the last day we headed to police bazaar a lively market area for our souvenir shopping fix!

It also houses many eating joints where you can try traditional cuisines or just go to the known fast food joints.

After spending a few hours at police bazaar we drove back to Guwahati Airport hence ending our Meghalaya adventure.