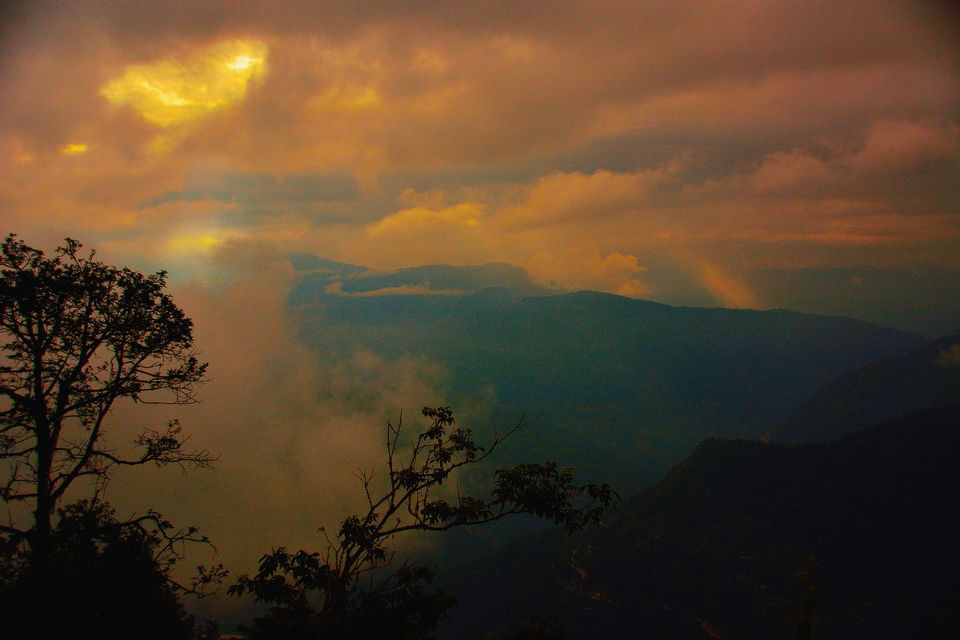 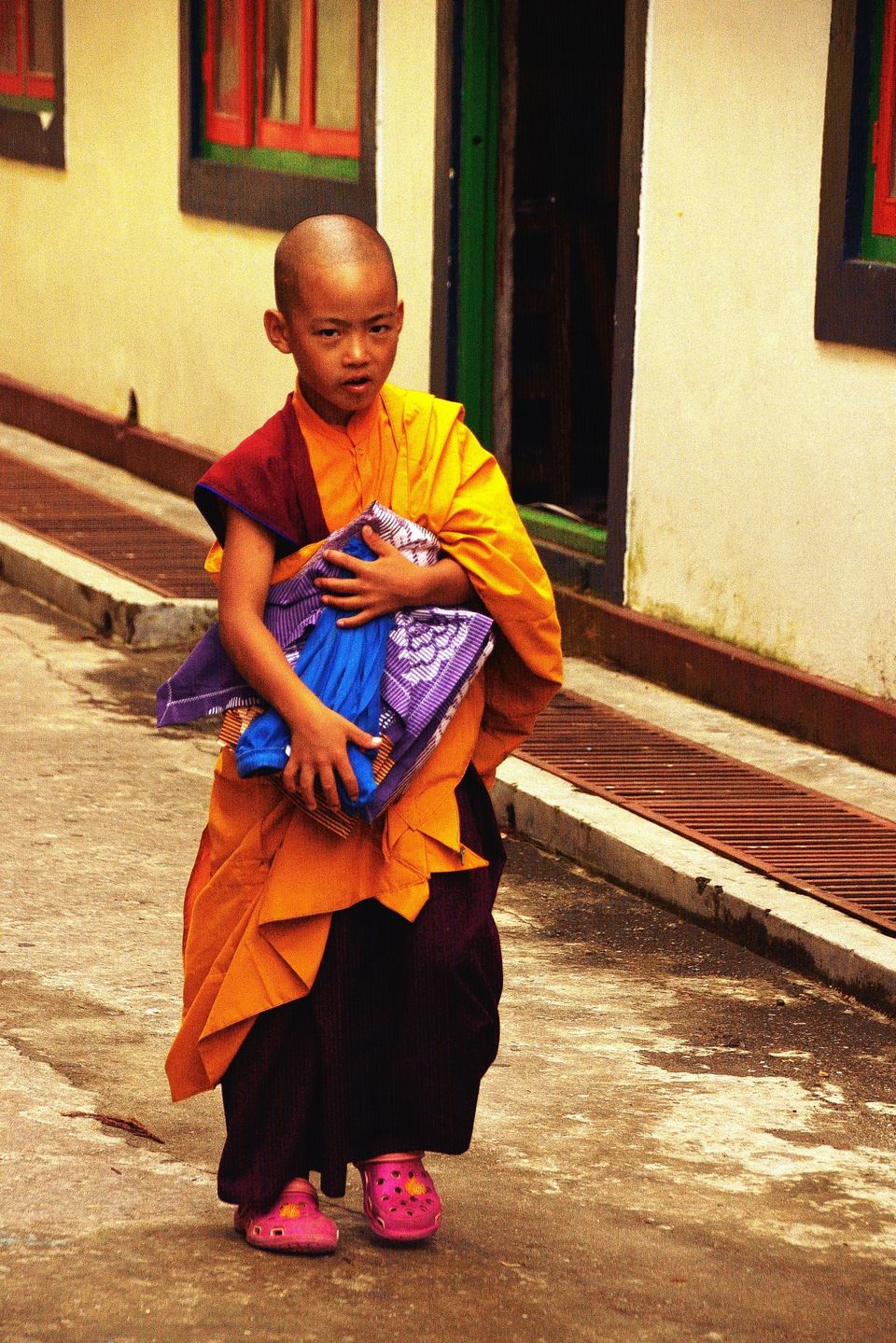 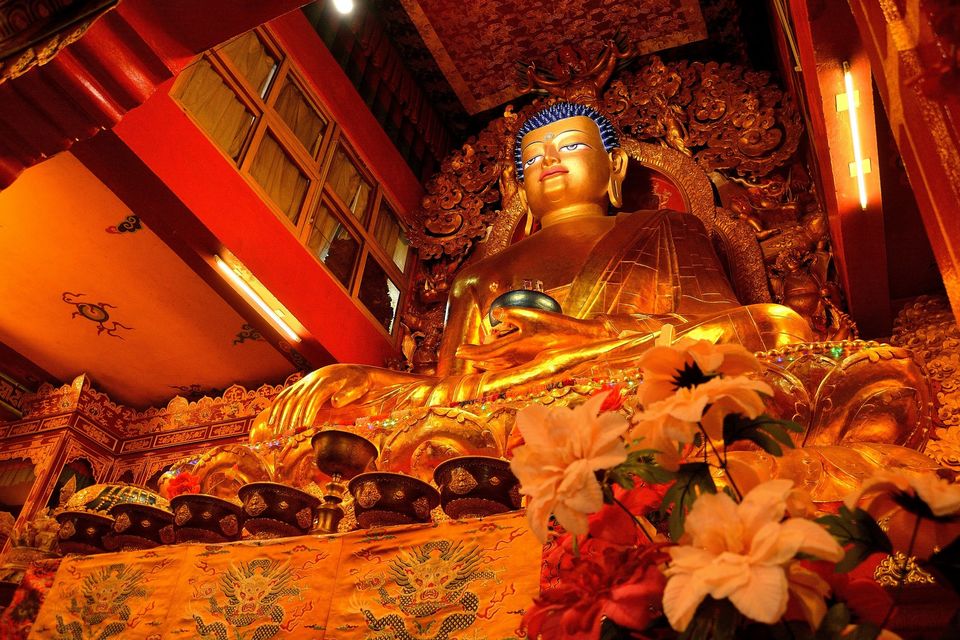 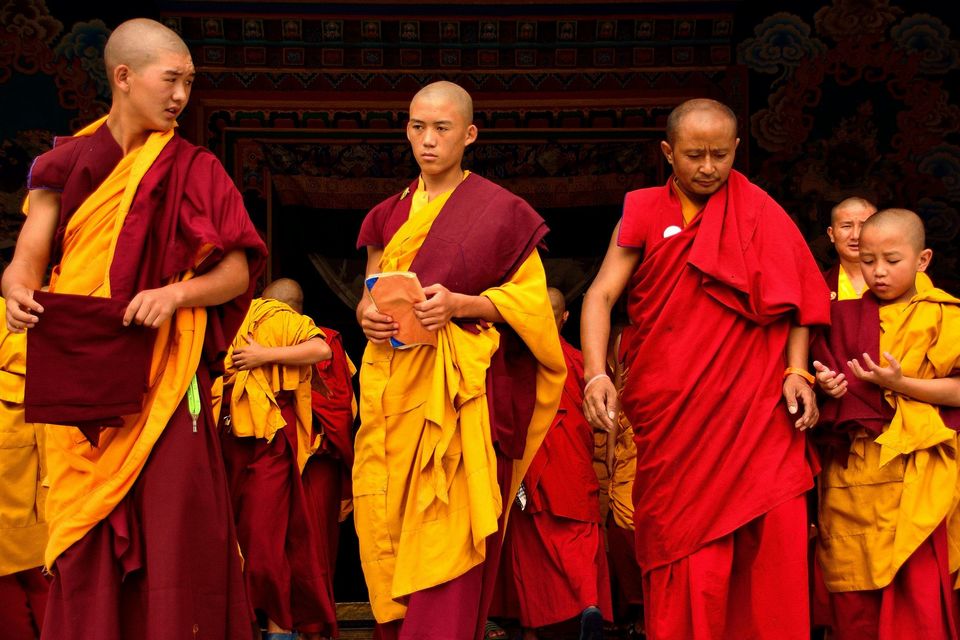 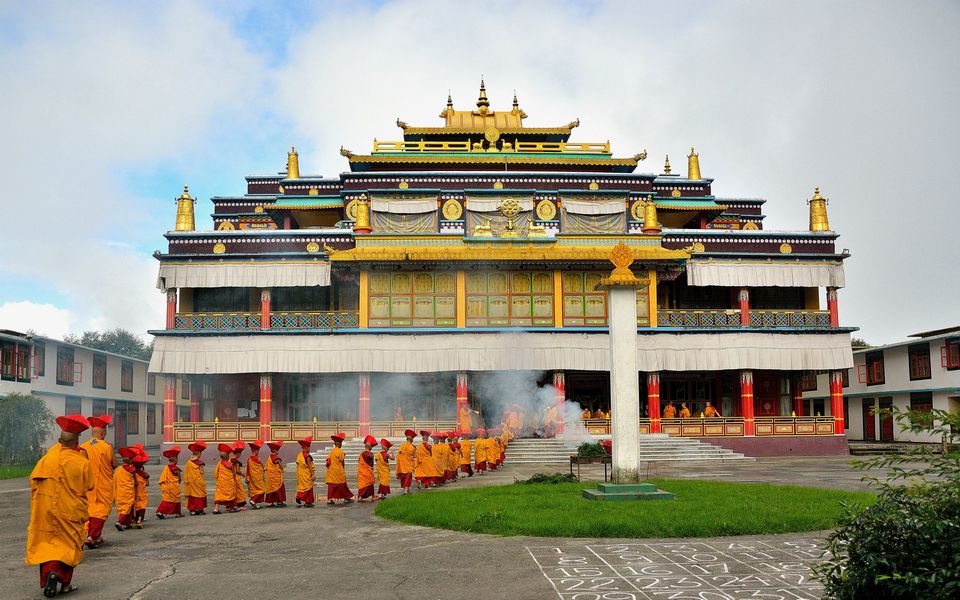 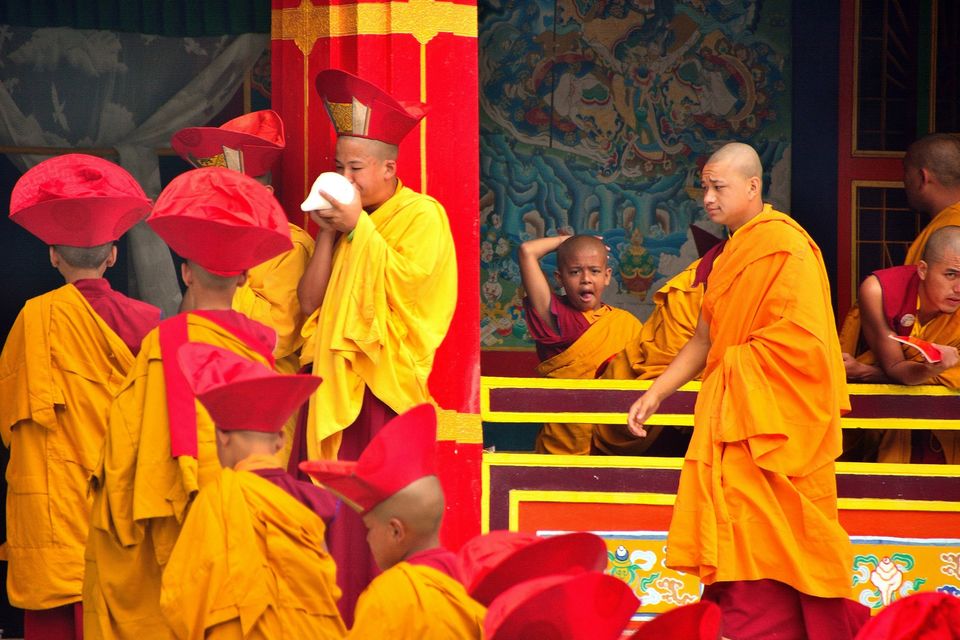 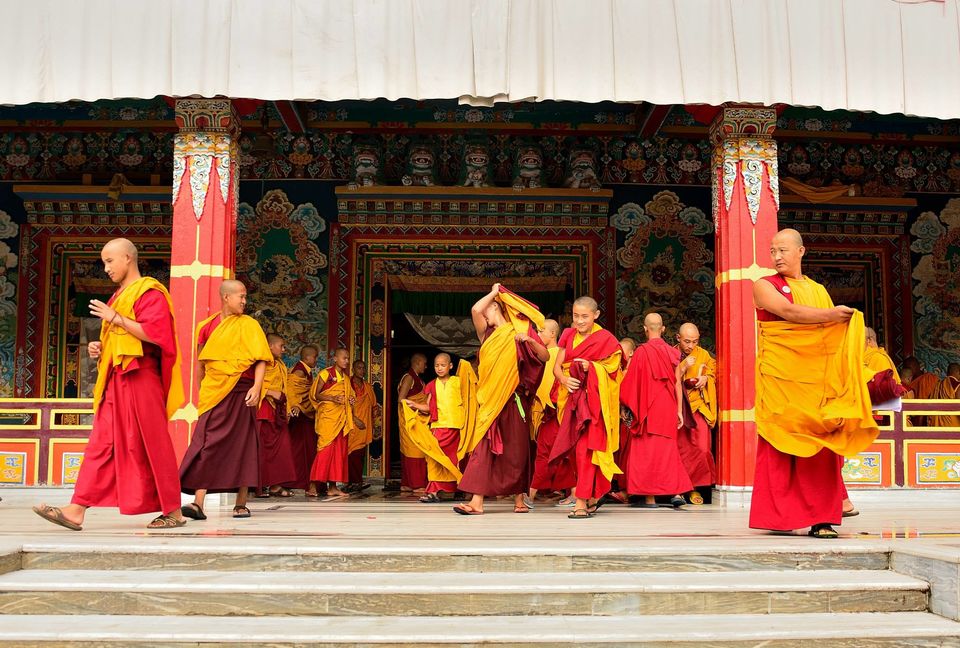 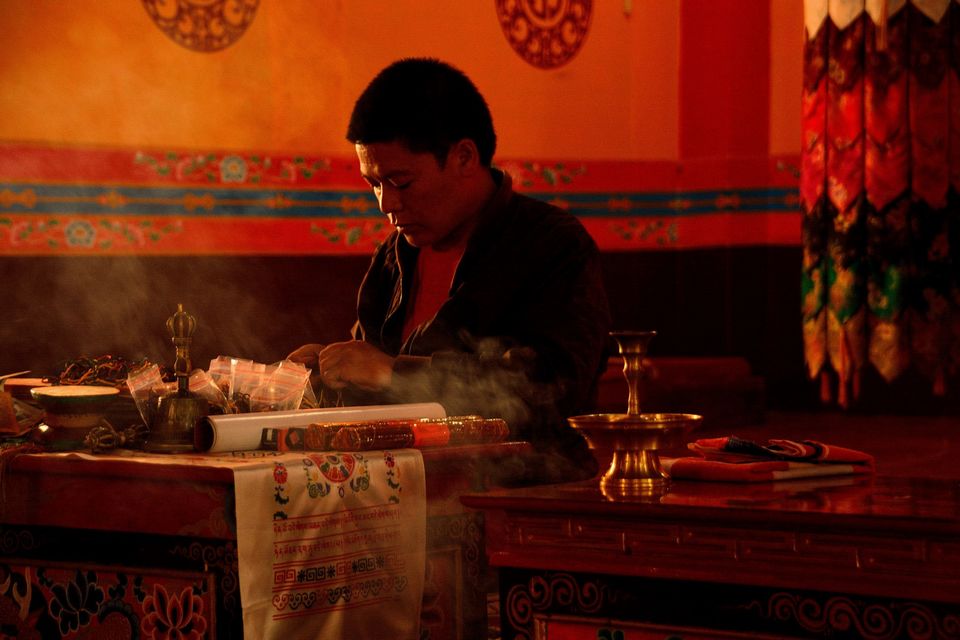 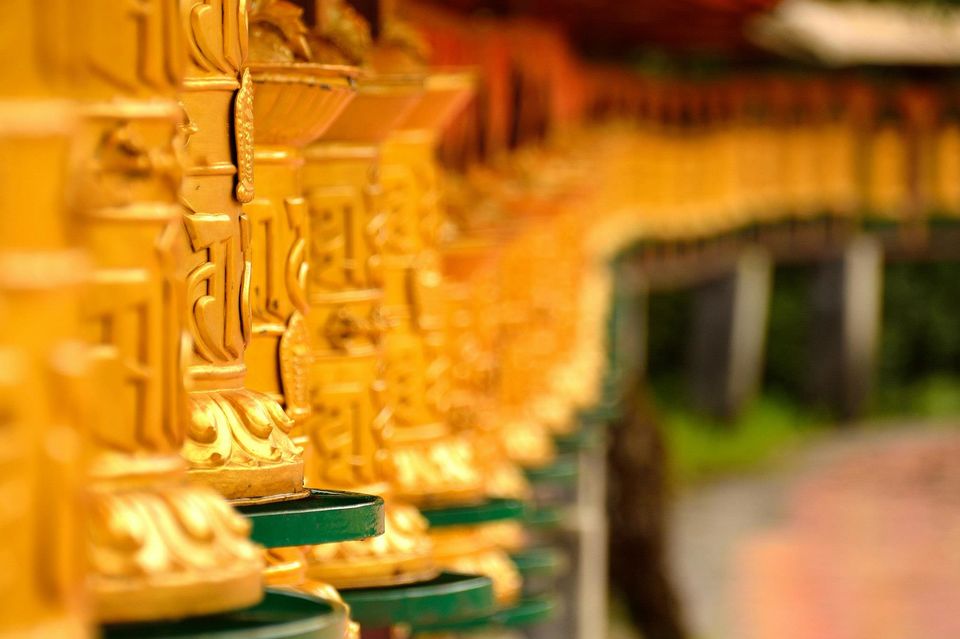 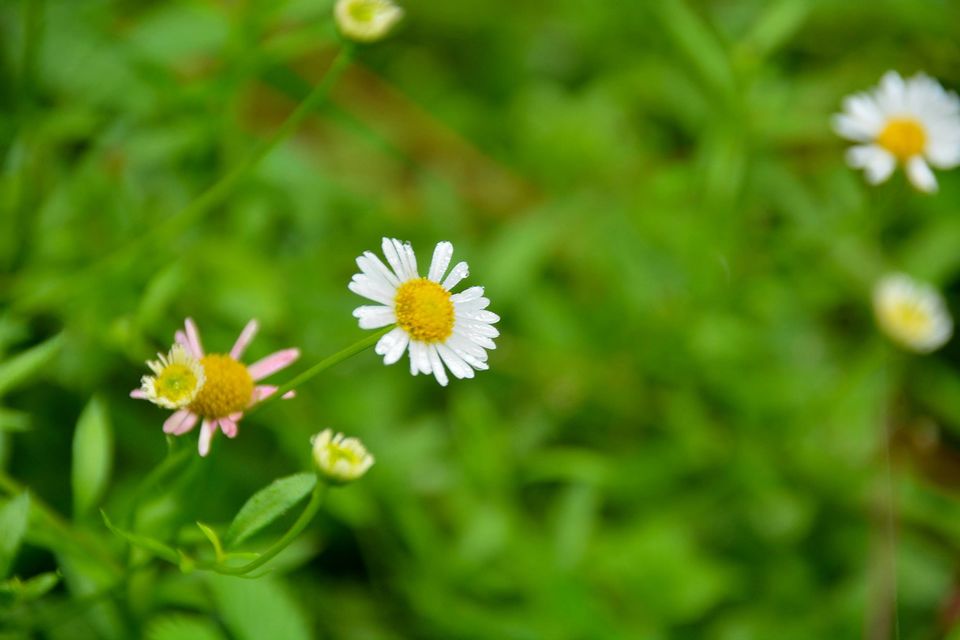 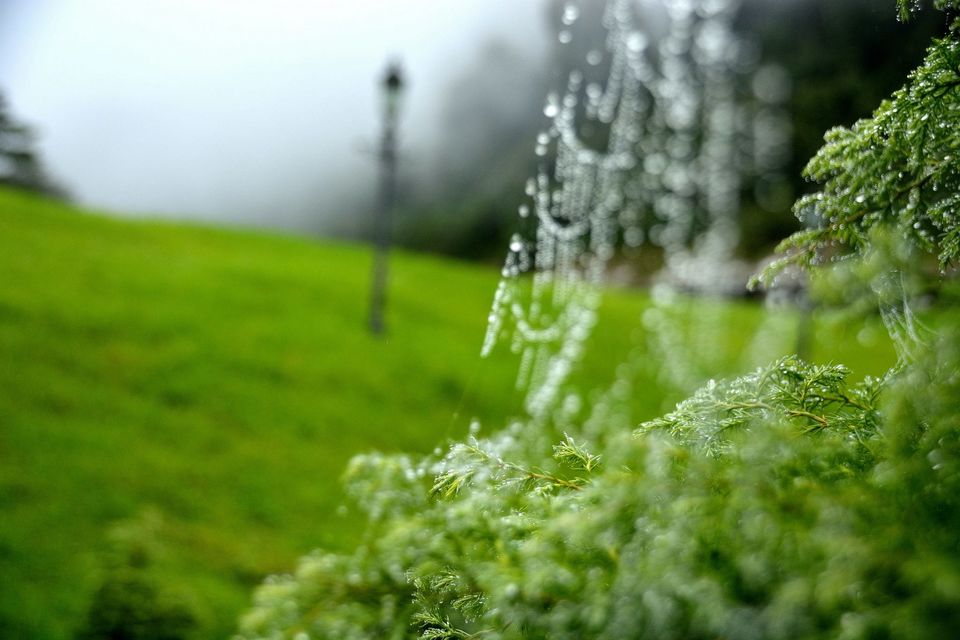 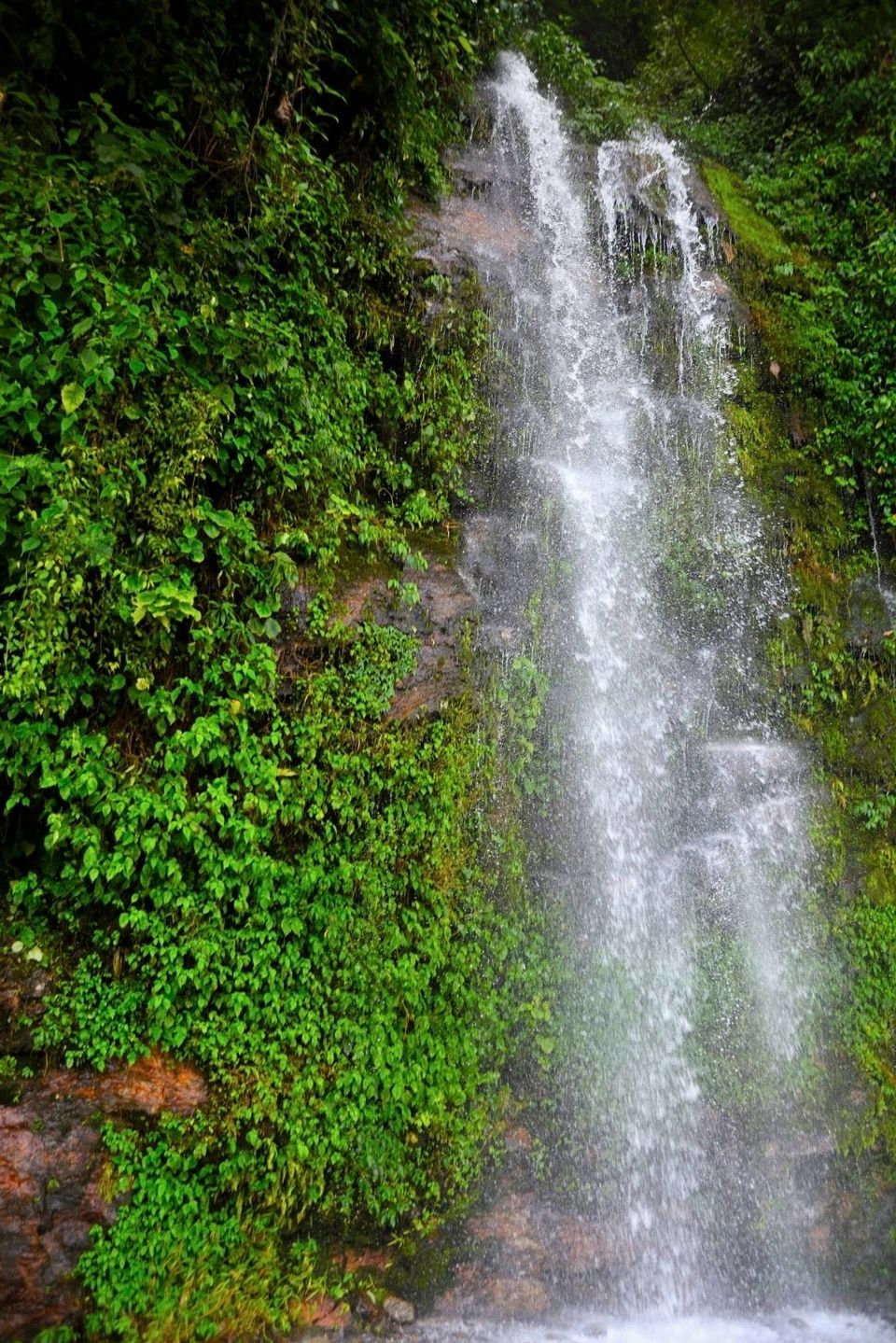 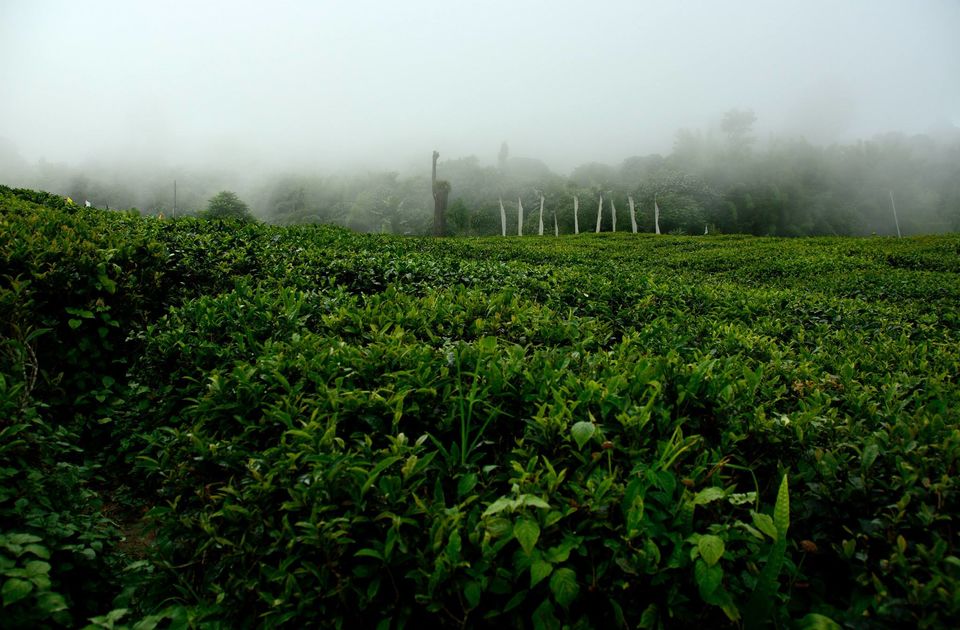 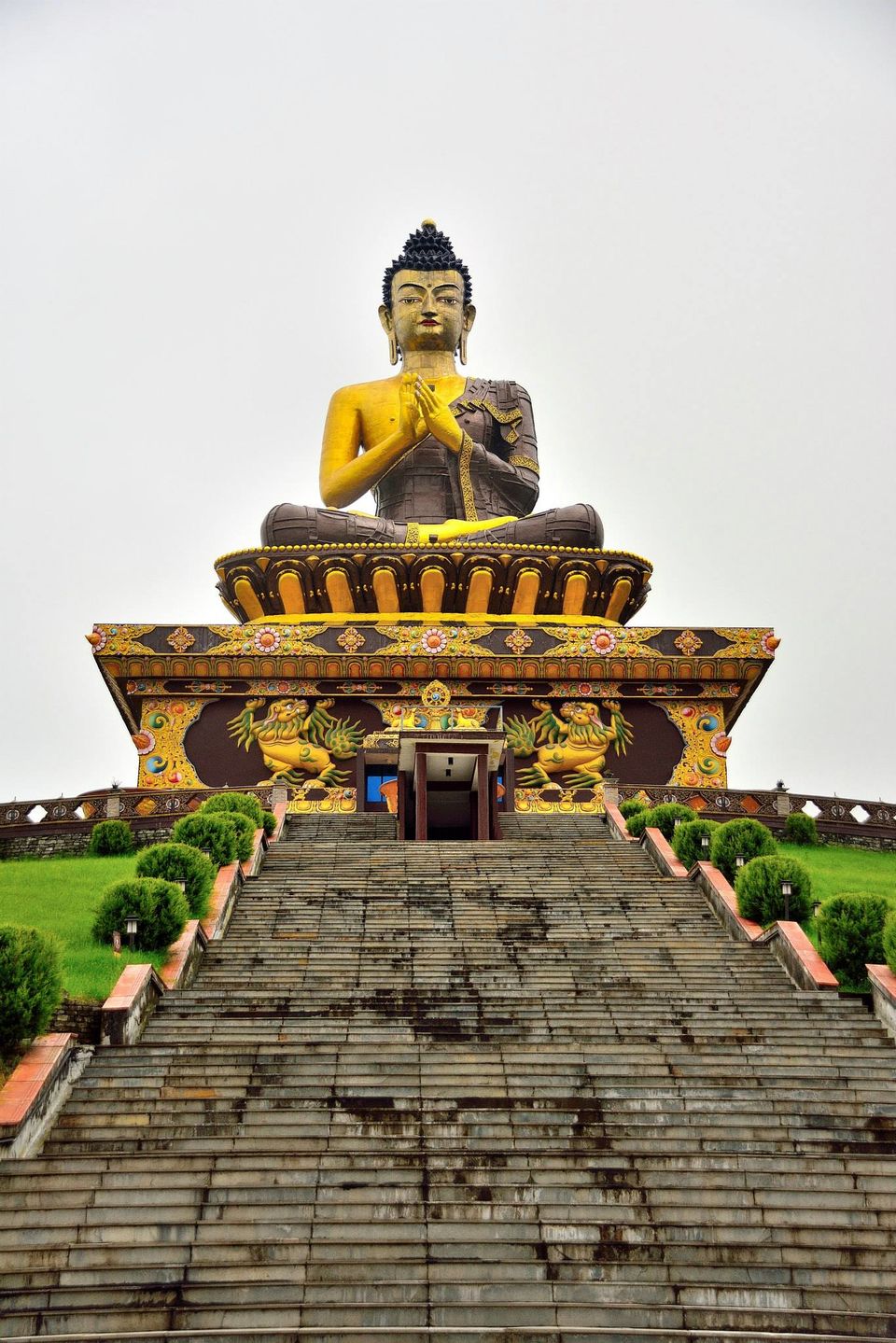 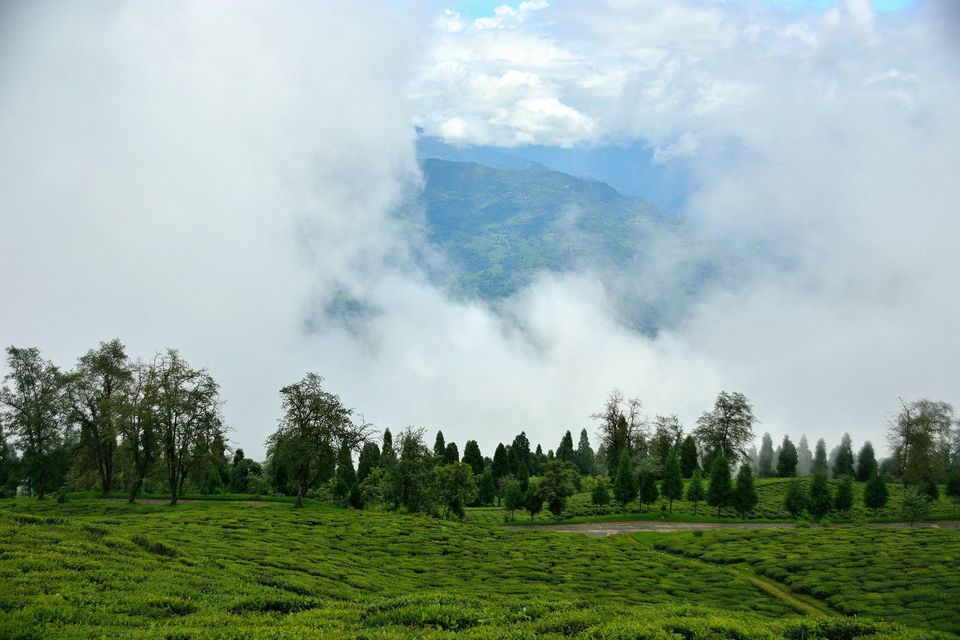 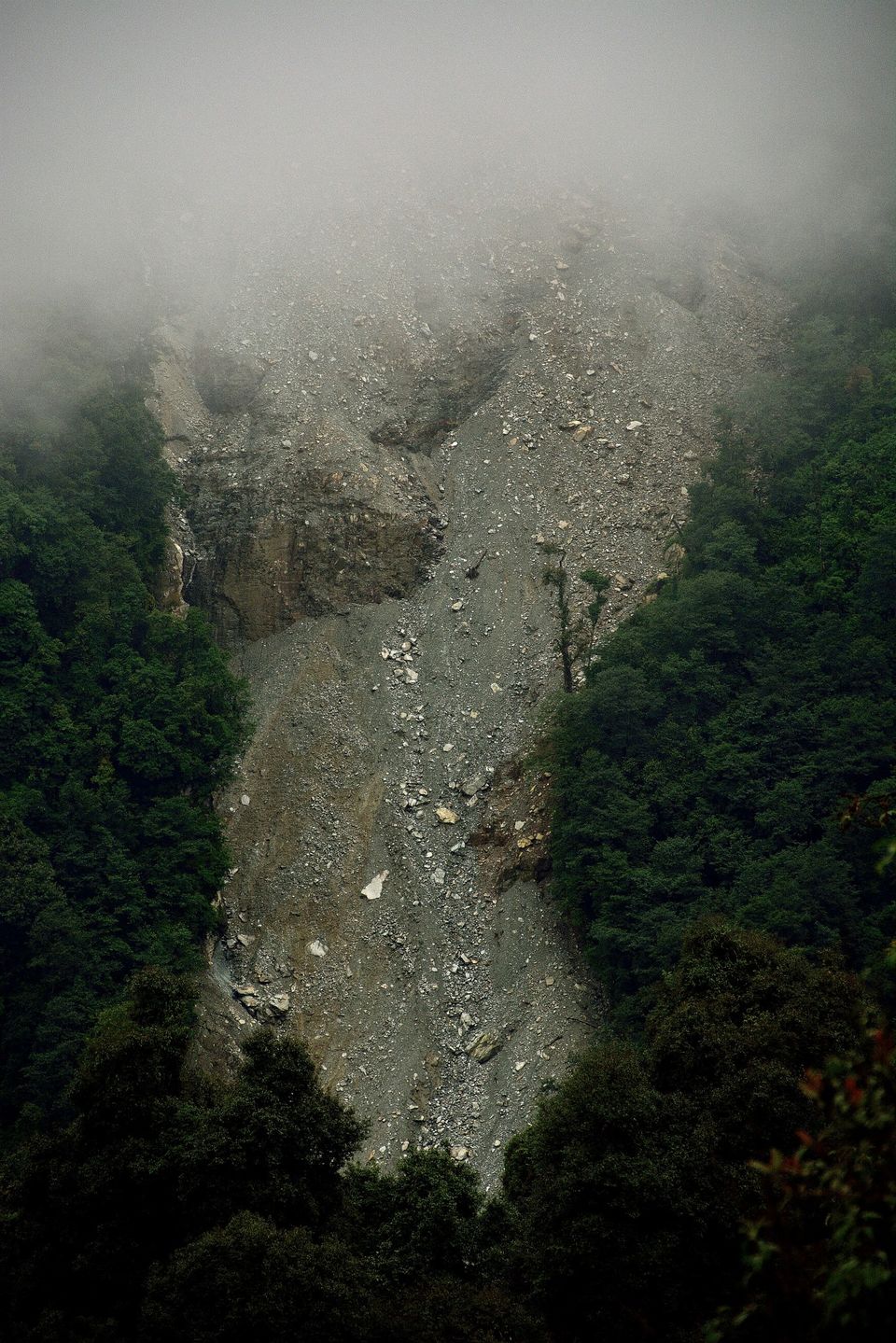 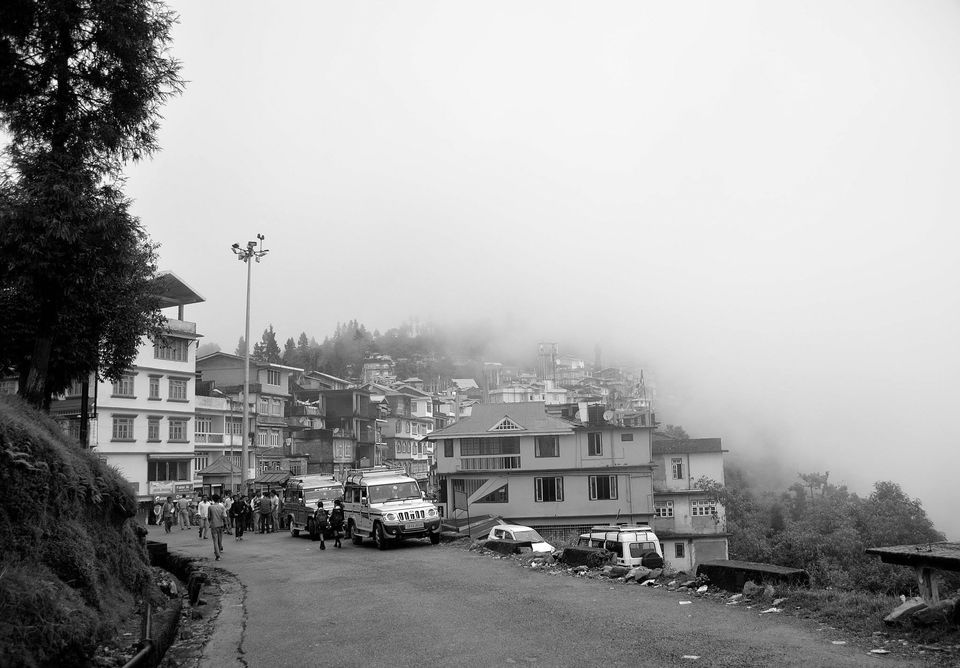 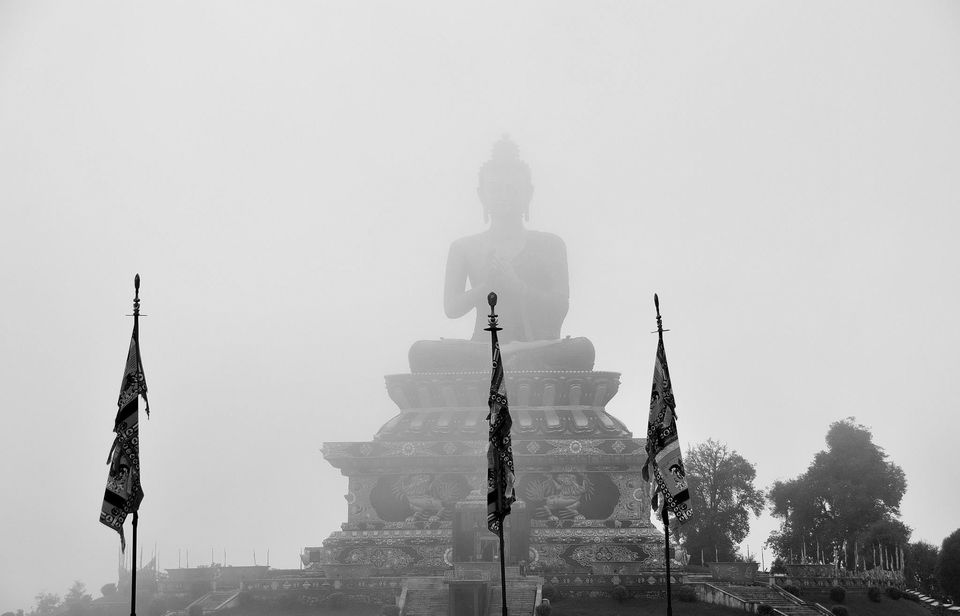 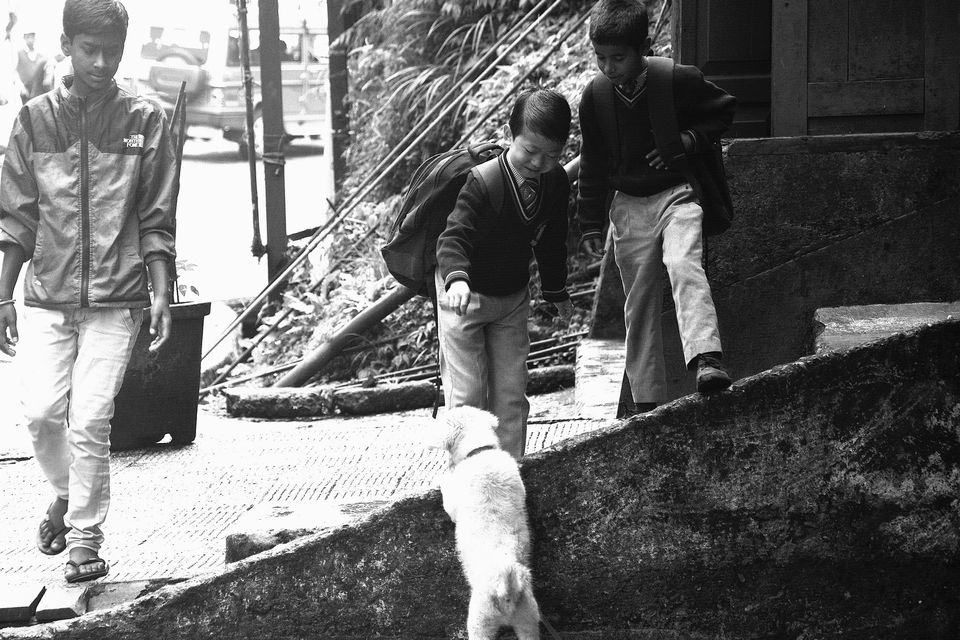 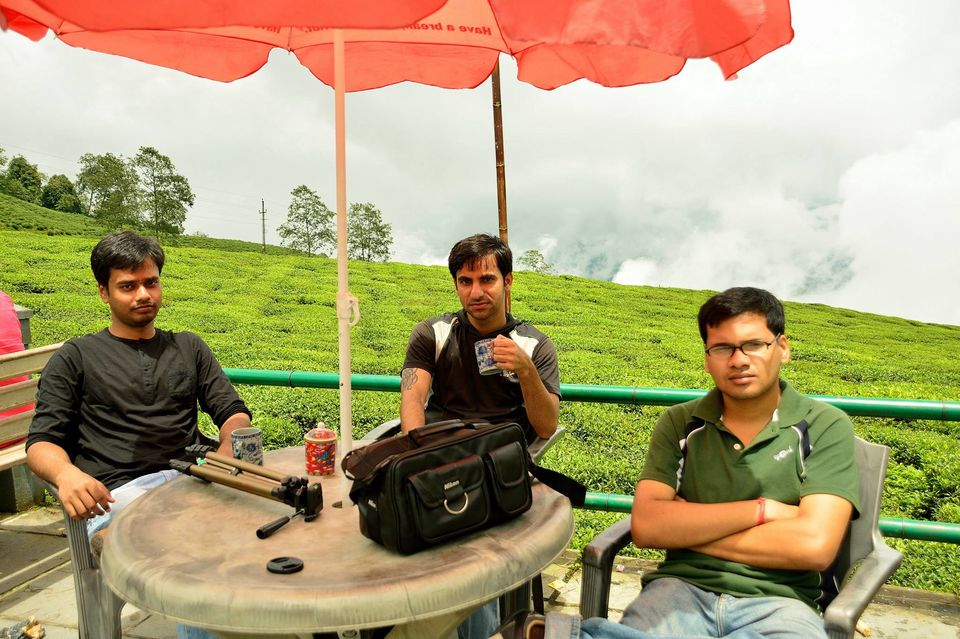 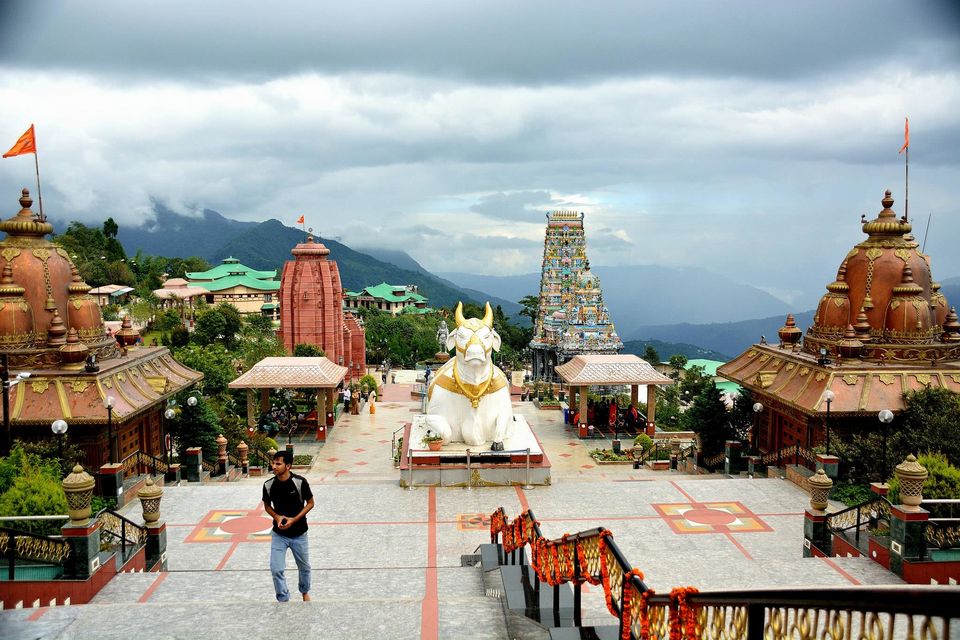 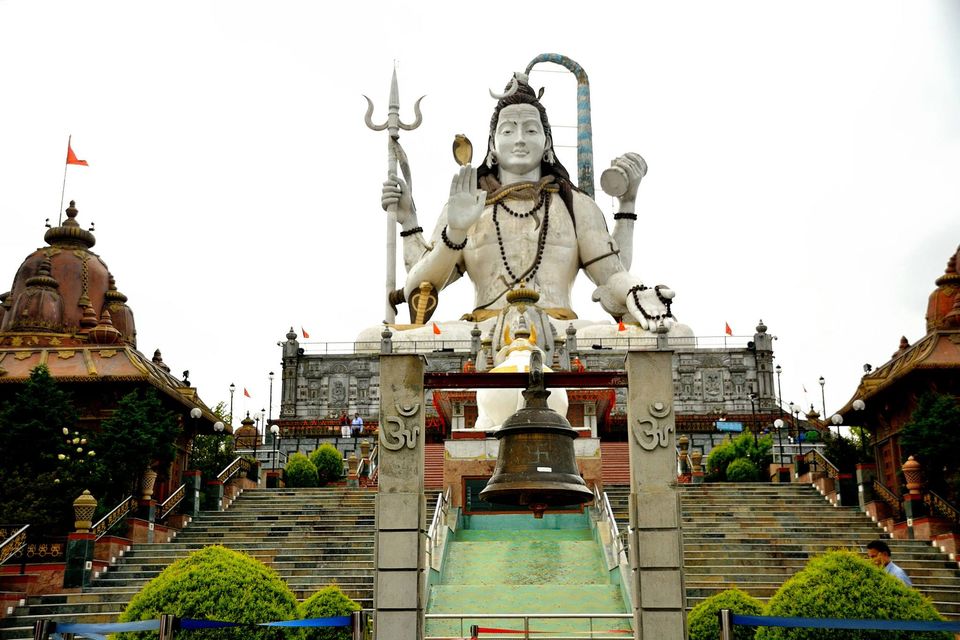 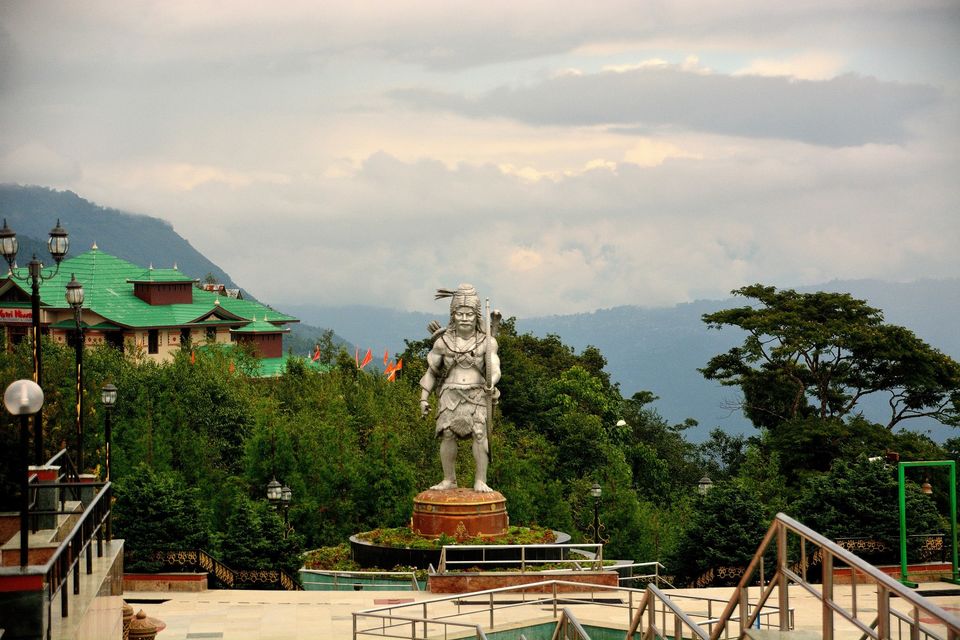 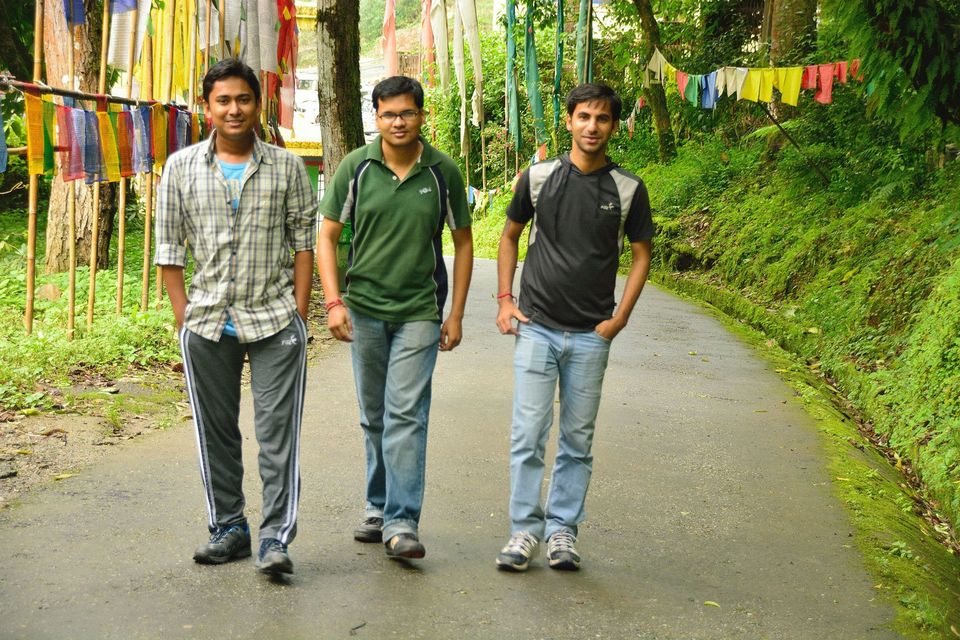 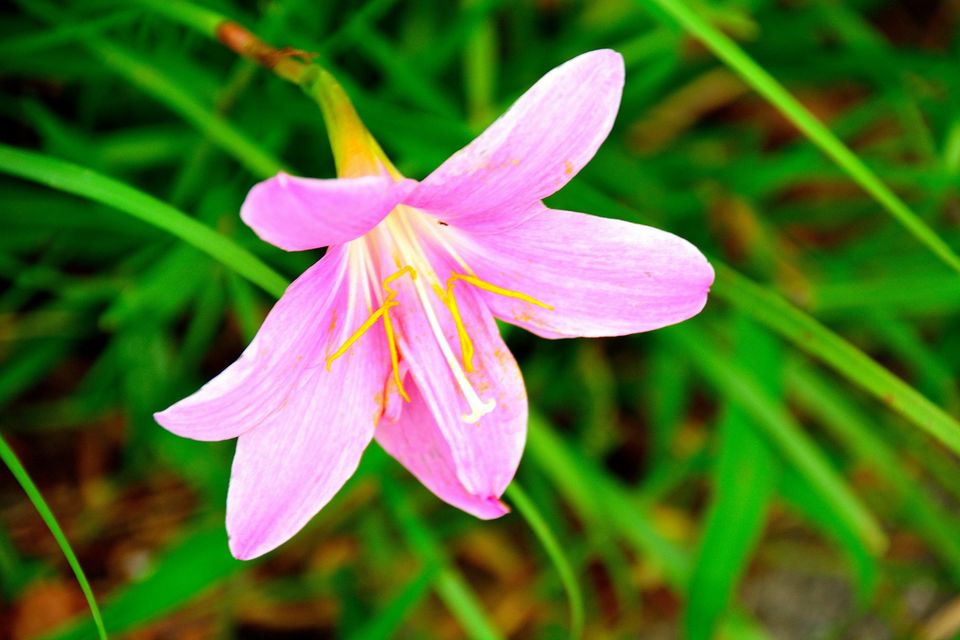 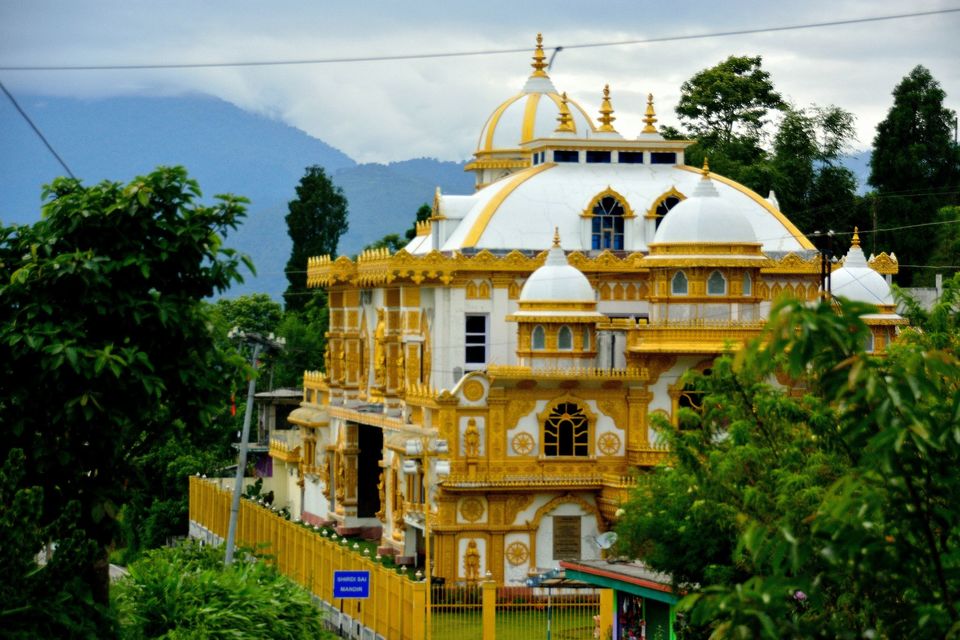 Threats of monsoon, landslide, encephalitis couldn't stop us & we finally saw the mountain bleeding green that soothes your eyes and soul.Felt the freshness & heard the melody of clouds, leaves & birds.

Day 1: It took more than 4 hours to reach Ravangla, a Hamlet in Sikkim. The entire way was full of green. For city dwellers like us it was really a bliss to see such green and feel the freshness. On the way we do got stuck in landslide for sometime but it was never more than half an hour. When the clouds came down it felt as if we were floating. And again after few moments when it got moved sun was smiling. On reaching Ravangla it was raining heavily so we were forced to reside in one of the hotels without checking their facilities. After an hour rain stopped and we came out to have hot momos and roam around in the local market. In this season you will get very less tourist and can get a good deal from hotels if you can bargain. Darkness came down very soon. We went uphill a bit out from the market area. The foggyness made it a mystic zone. In the silence we can even hear the drops of water falling from leaves. As it was offseason the hotel gets closed early in the evening. So we had to return back by eight o' clock.

Day 2: We woke up early in the morning hoping that we might get a chance to see Kanchenjunga. No luck. But we lucky enough to hear the melody of clouds, leaves & birds. After having hot delicious Thukpa we hired a cab and went to Buddha Park, Solophok Char Dham. Both were really nice peaceful place to feel yourself. When we reached Budhha Park also known as Tathagata Tsal, the entire area was covered in fog and we could not see anything. But gradually the fog started clearing and the huge Buddha got prominent.

This Pilgrim Centre has a most important temple of 108 feet height on which is established the 87 feet high statue of Lord Shiva. Apart from this there are also replicas of the twelve Jyotirlingas, to offer one platform to worship for the devotees of Lord Shiva. A statue of 16½ feet height of Lord Kirateshwar is also installed in this place. As per the Hindu belief in order to attain Moksha, one has to perform pilgrimage to all the existing four Dhams, hence, replicas of these four Dhams, namely Badrinath, Jaganath and Dwarka dedicated to Lord Vishnu and Rameshwar, dedicated to Lord Shiva is also been built in the same premises. The pilgrim centre is constructed in an area of 28.958 Hactare of land on top of the Solophok Hill just 5 kilometers from Namchi town. The whole complex is divided into four key elements, viz., (1) Shiva Statue with 12 Jyotirlingas, (2) Char Dham, (3) Sai Baba Temple and (4) Kirateshwar statue as well Nandi bull the ride of Lord Shiva, Sai dwar, Sai Temple, Kirat dwar and Shiv Dwar.

Day 3: Today is the last day of our trip. We had to board our train at around 9PM. So we planned to checkout from hotel by  7AM in the morning. So that we can get ample time to visit Ralong monastery which is 6km from Ravangla.Starting off from the Main Bazaar road in Ravangla, cross past all the shops to follow the jeepable road for about 20 minutes. This road will ultimately lead you to the Ralang Monastery.When we reached the monastery the lamas were having their morning prayer and we were really lucky to be part of that.

On our way back we were lucky enough not to get stuck by any more landslides.

HotelsMap
Ravangla or Ravongla is a small tourist town situated at an elevation of 7000 ft in South Sikkim district of the Indian state of Sikkim. It is connected by state highway to other major towns in the state and lies between Pelling and Gangtok.

HotelsMap
Ralang Monastery is a Buddhist monastery of the Kagyu sect of Tibetan Buddhism in southern Sikkim, northeastern India. It is located six kilometres from Ravangla