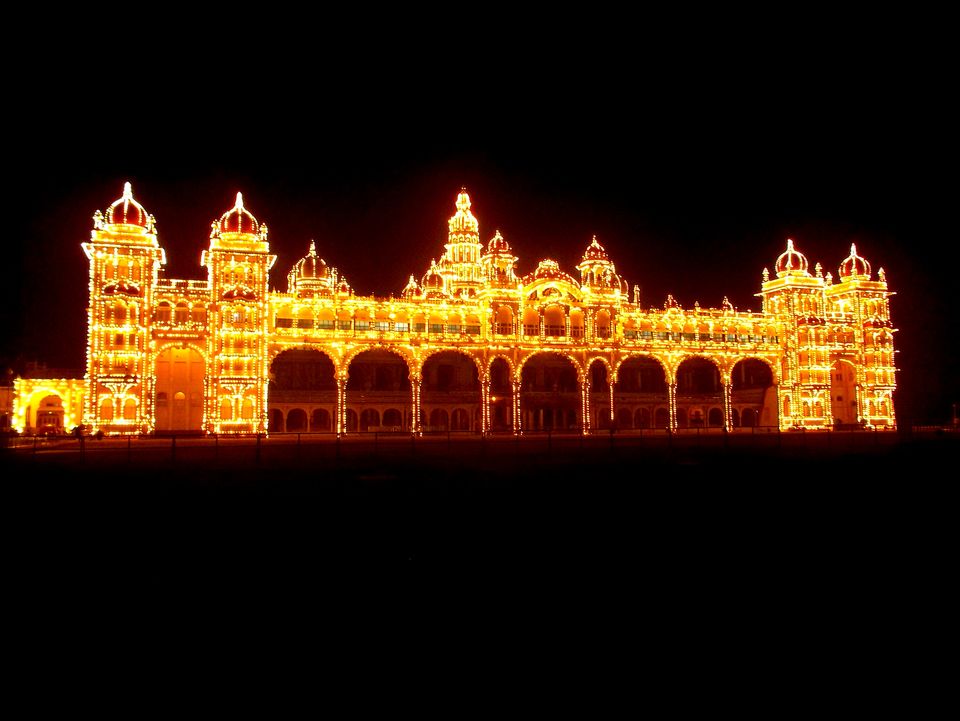 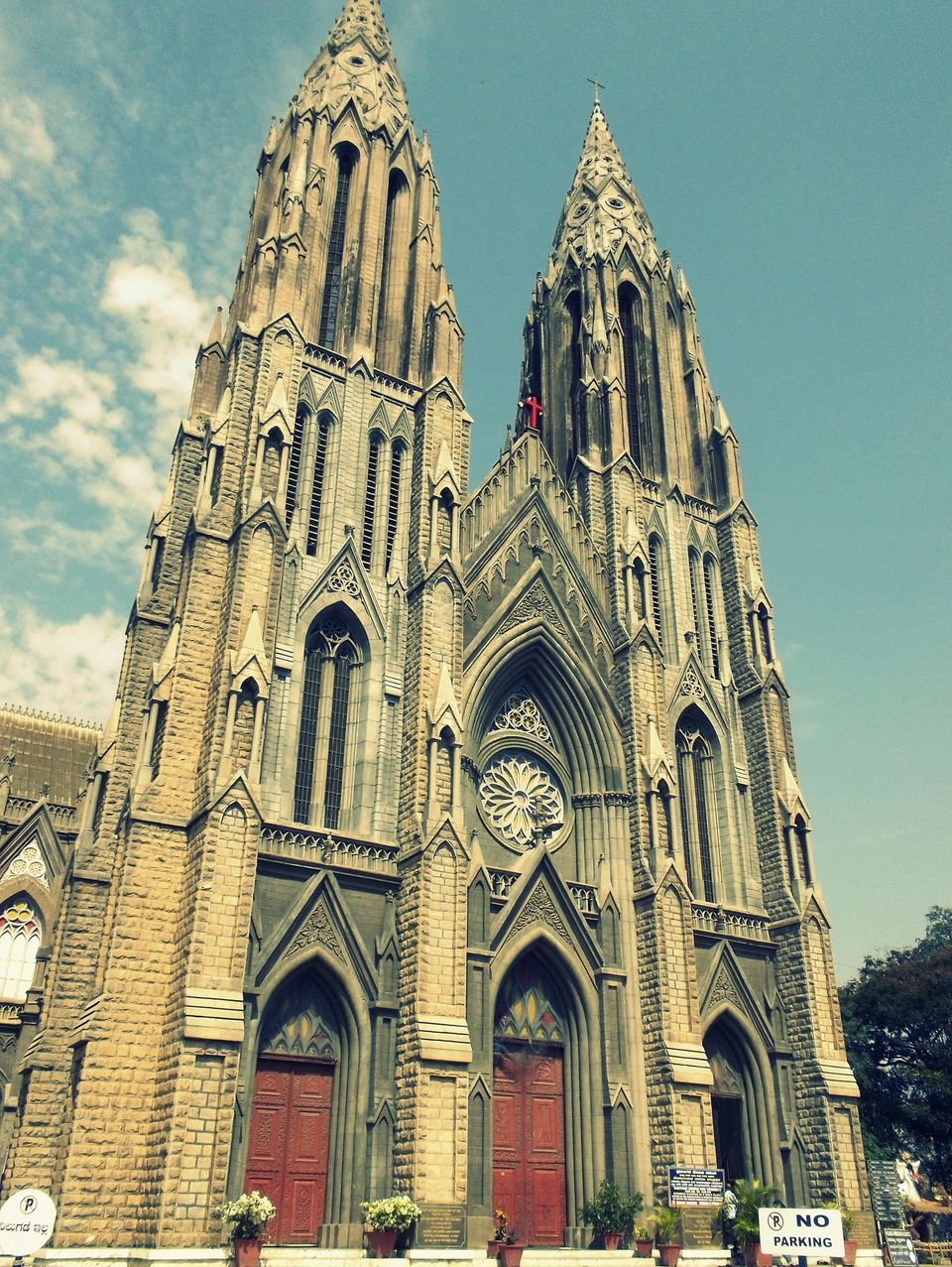 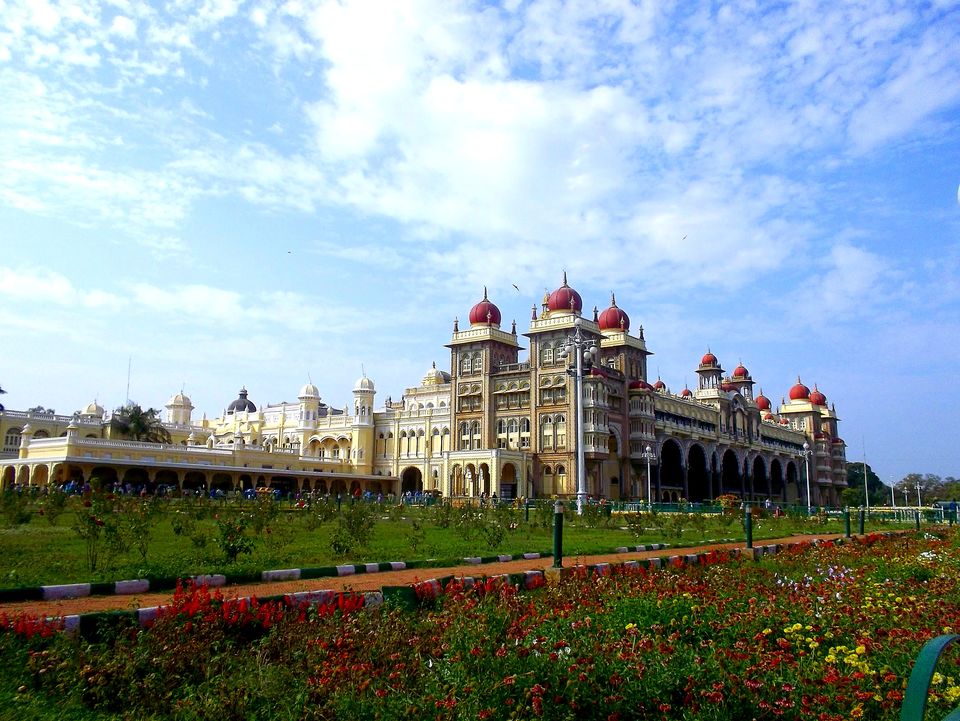 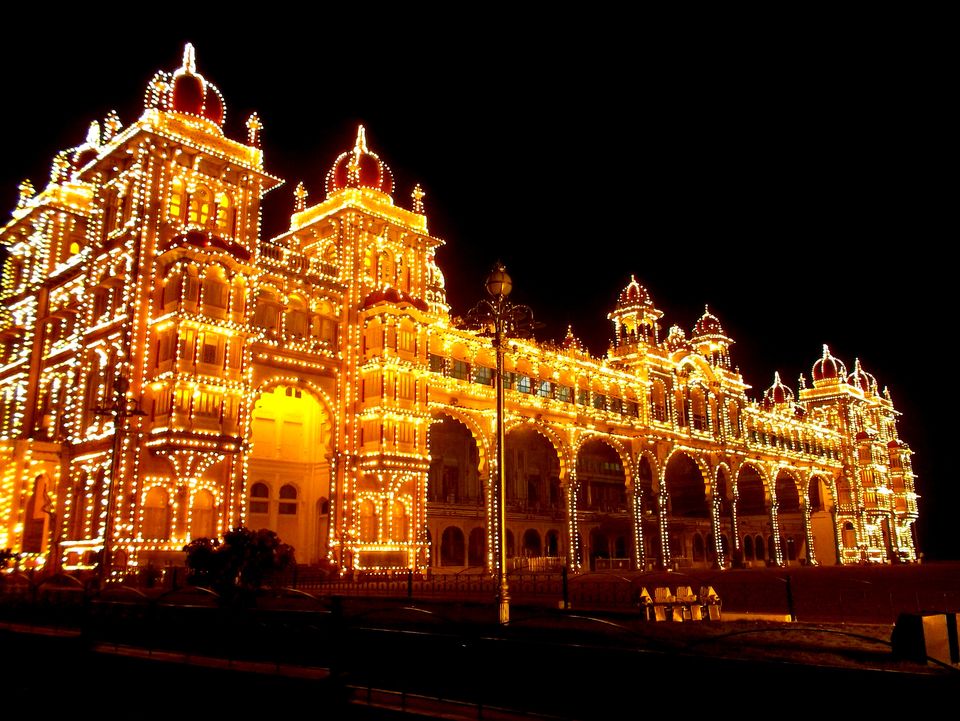 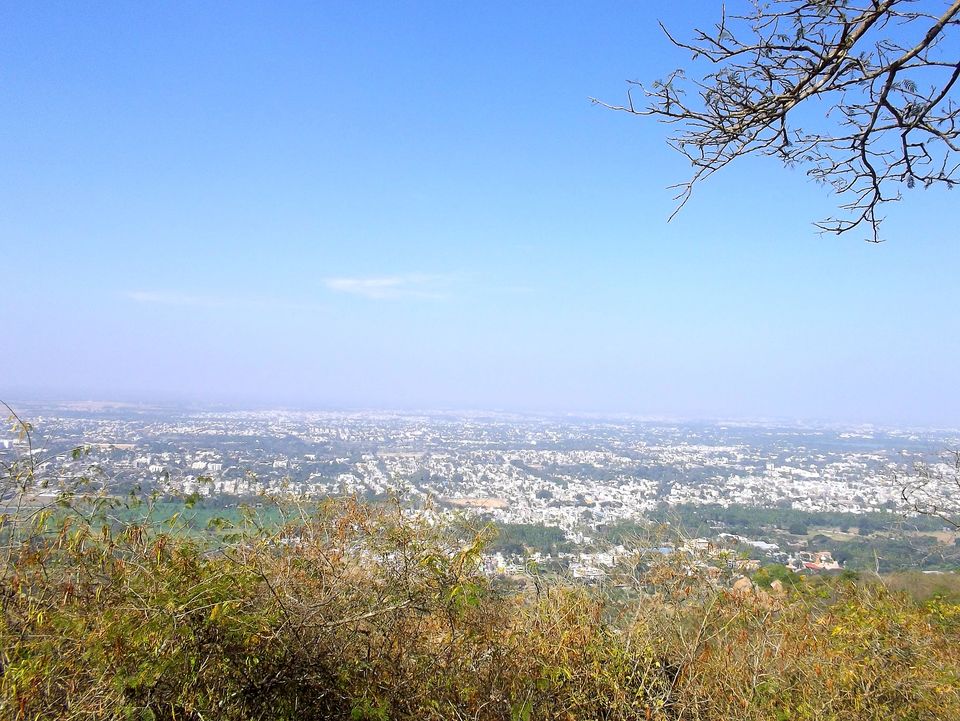 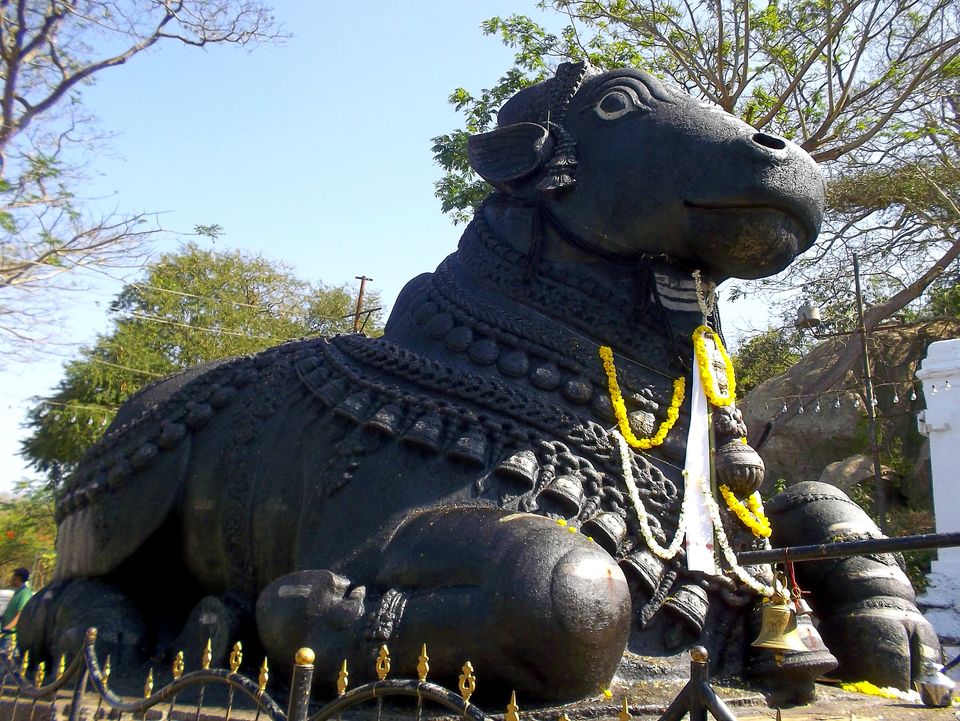 So this year, apart from resolving to travel to at least one new country every year, I also resolved to undertake solo trips. So one fine weekend of January I decided to pick up my bag and head to the Majestic bus stop and catch the next bus to Mysore for my trial run.

I found one of those swanky Airavat buses which play really crappy movies, and for just INR180 I was on my way to Mysore. The journey to the Mysore central bus stop took about 4 hours or so to cover. On reaching, I pretended to be a seasoned solo traveler and somehow managed to find a decent 1500 bucks per night hotel room. Now this was before I had my Karnataka travel guide so I had to rely on advice from the old hotel guard. As per his directions, I reached by first spot, the St. Philomena's Church. It is by far the best example of Gothic architecture I have seen in India, instantly reminded me of the Notre Dame in Paris (sans the gargoyles!)

Next up was the most famous attraction of the city, the Mysore Palace. And words will not do justice to that beauty! With such well preserved interiors, lush garden with all kinds of flowers in bloom, gilded ceilings, silver doors and photo frames made of elephant tusk ivory (!!) it is unfathomable to think of the royalty that once existed, not so long ago!

The palace in the morning was so breathtaking; imagine the sight at night with thousands of lights lining every foot of the palace walls! Post the amazing light and sound show which tells about the history of the city, the entire palace lights up in a million dazzling lights for the few minutes and you realize the entire journey was just for those 5 minutes and every moment was worth it!

Last leg of my very short trip was climbing up the Chamundi Hill. So there are two ways to reach the top, either take the stairs on one side of the hill, or board one of the many buses that ply almost every half an hour. I decided to take the bus on my way up. And yes just like any other religious site in India, this temple too was overflowing with humanity! With multiple queues to enter the temple (depending on how much you were willing to pay), touts selling all kinds of paraphernalia, private ceremonies to bless new cars, it was a crazy sight on a supposedly lazy Sunday morning! On my way down I decided to take the steps and it offered a spectacular view of the Mysore city!

All in all it was a pretty eventful first solo trip and lesson learnt that all Indian men may not be as desperate as the national dailies make them out to be (yes, that was pretty much my only concern traveling alone! (however exercise caution at all times when around one!))