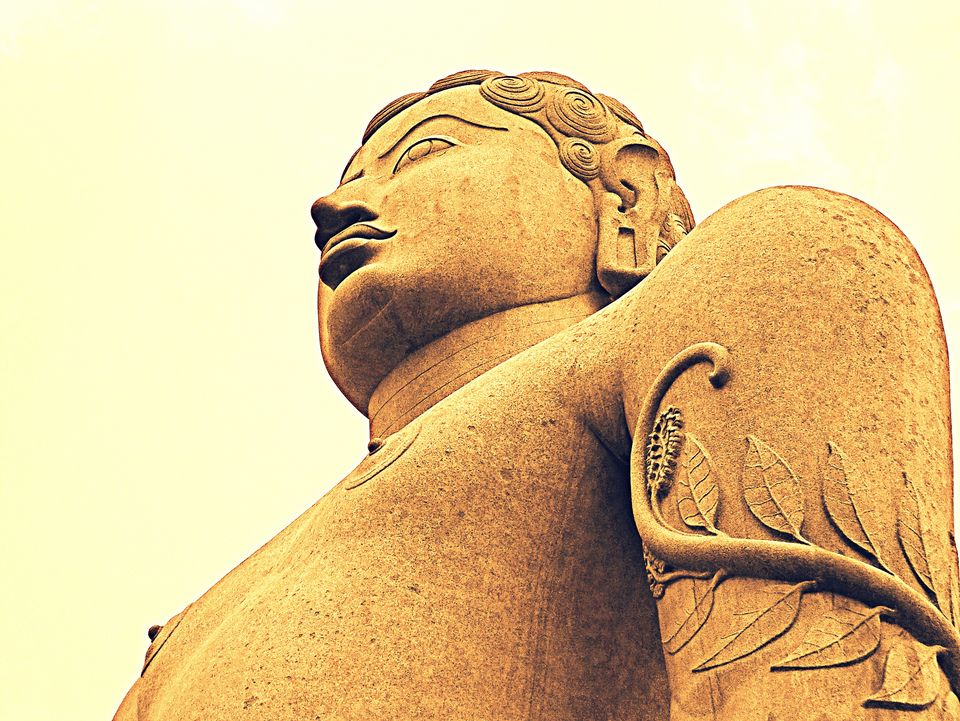 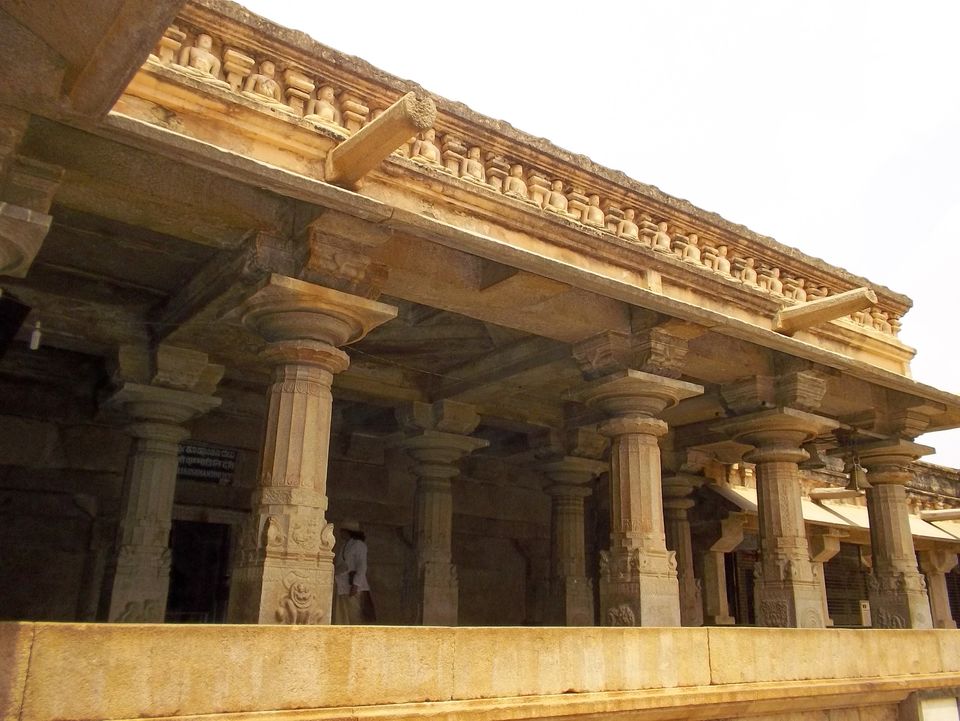 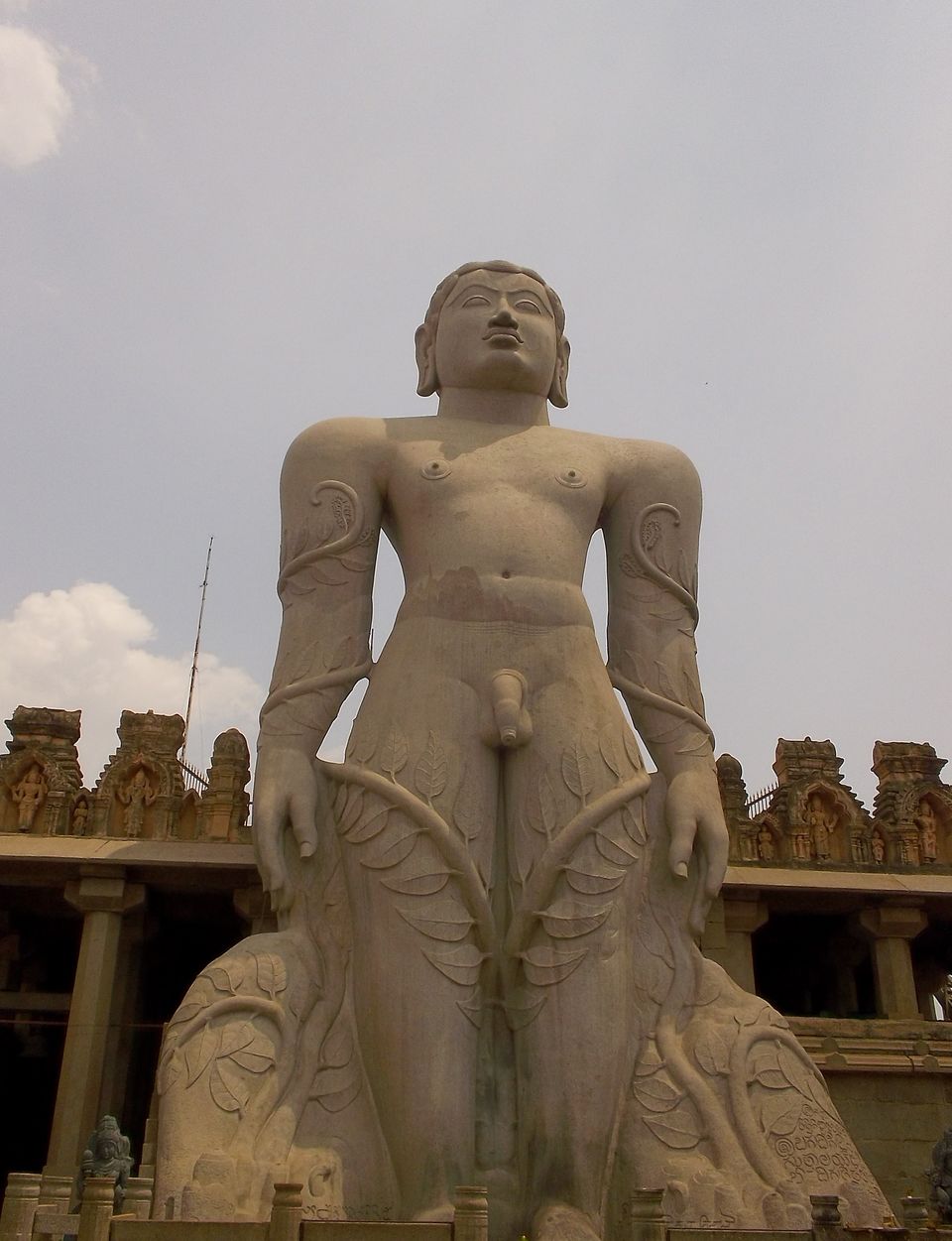 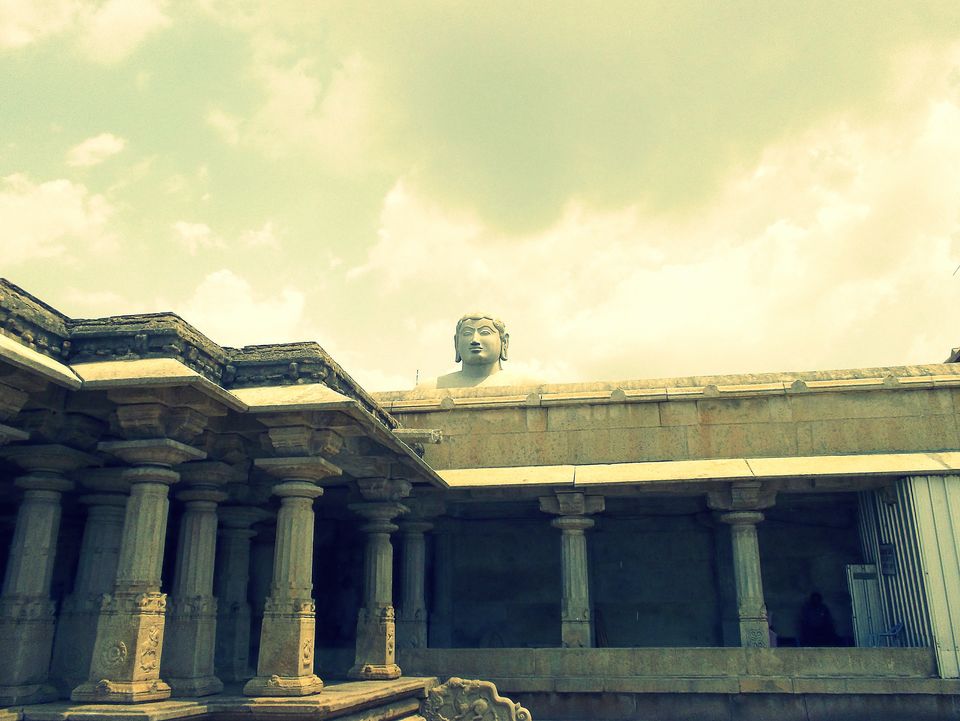 Murals on the temple walls 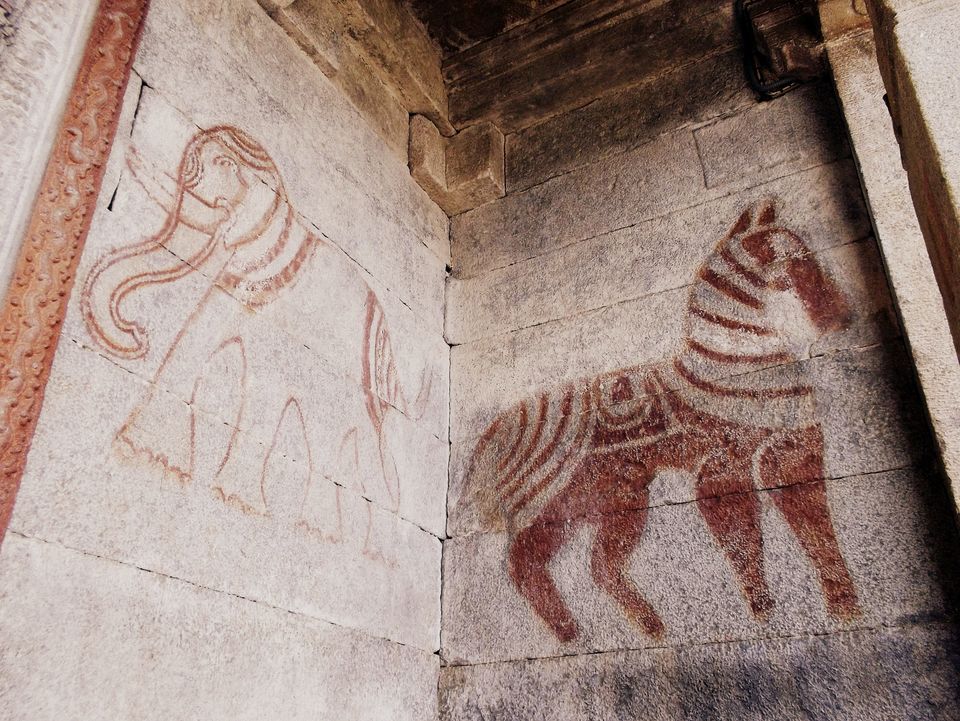 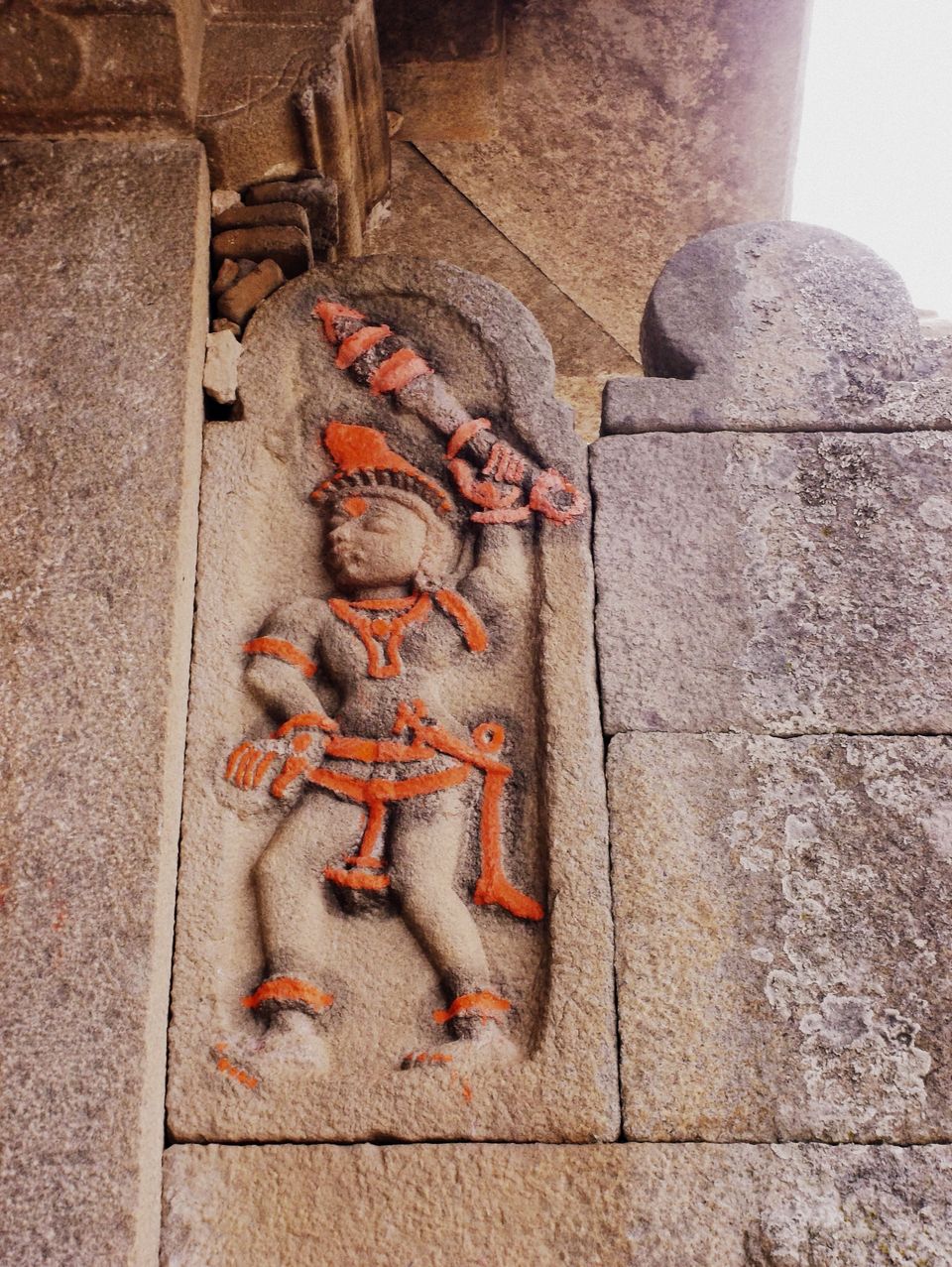 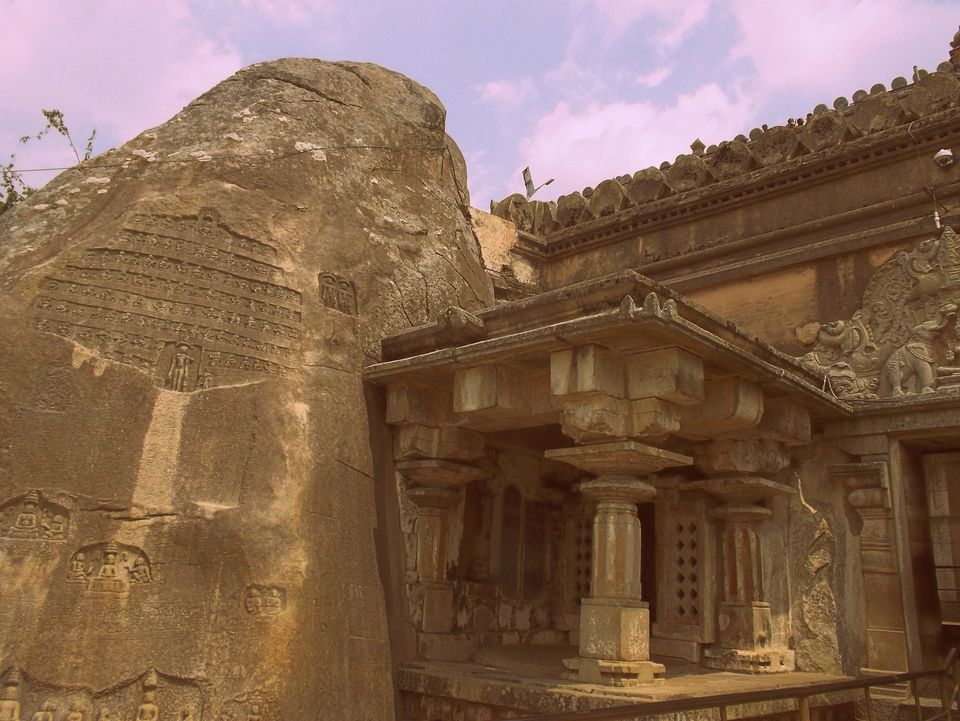 Tank around which the town is centered 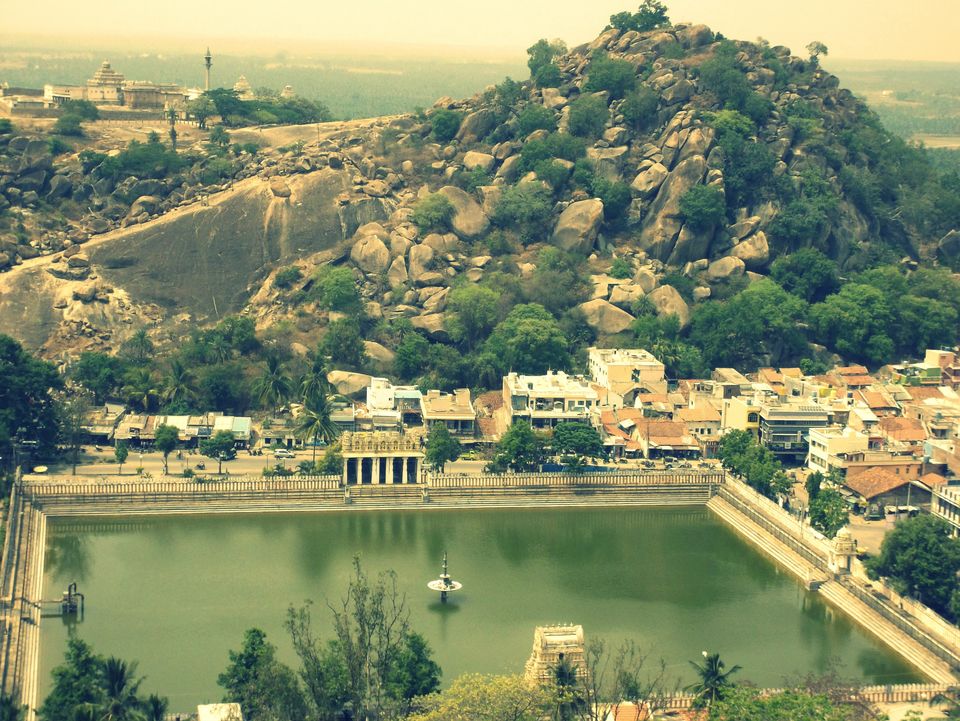 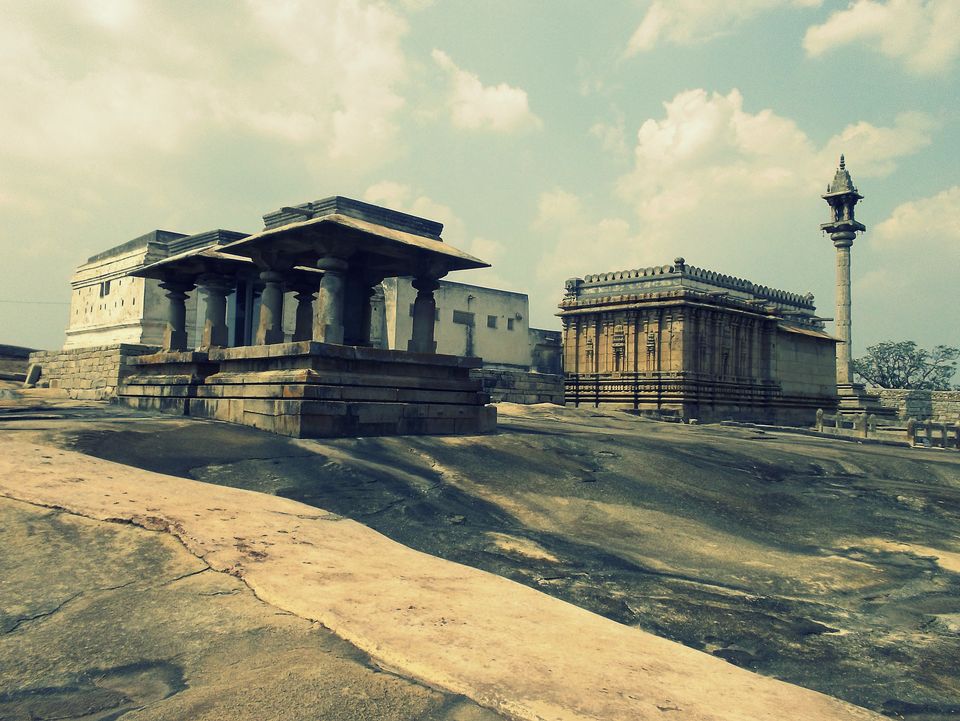 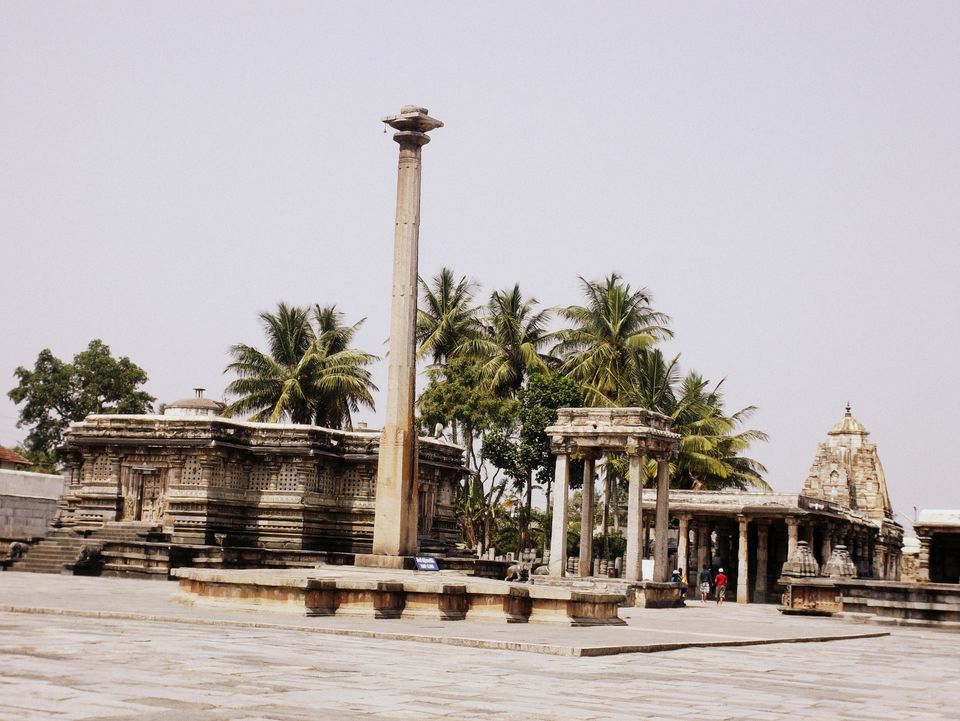 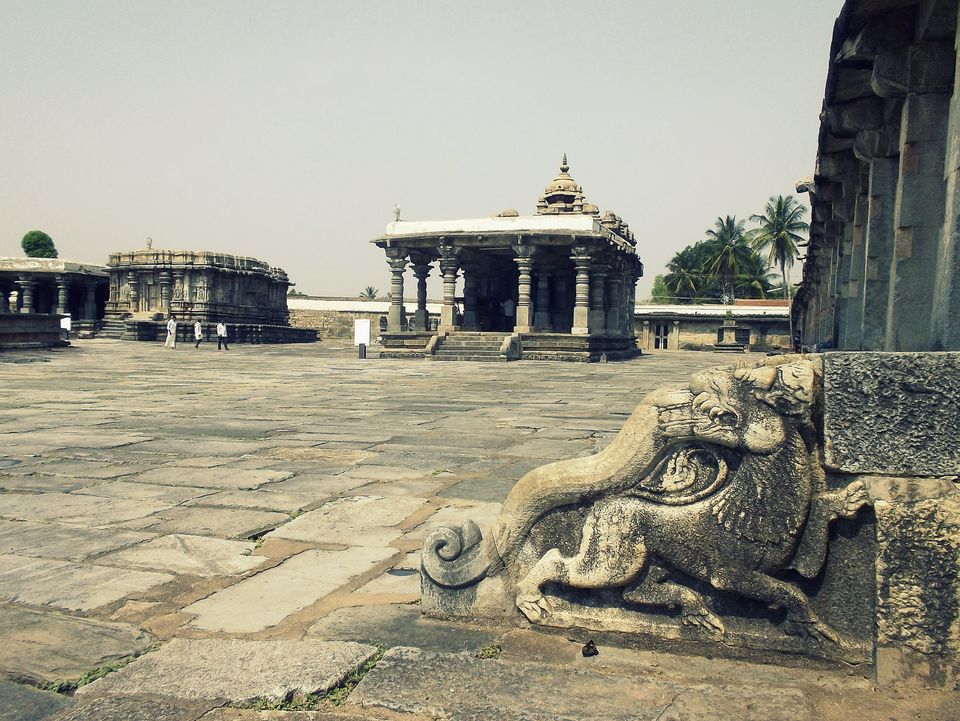 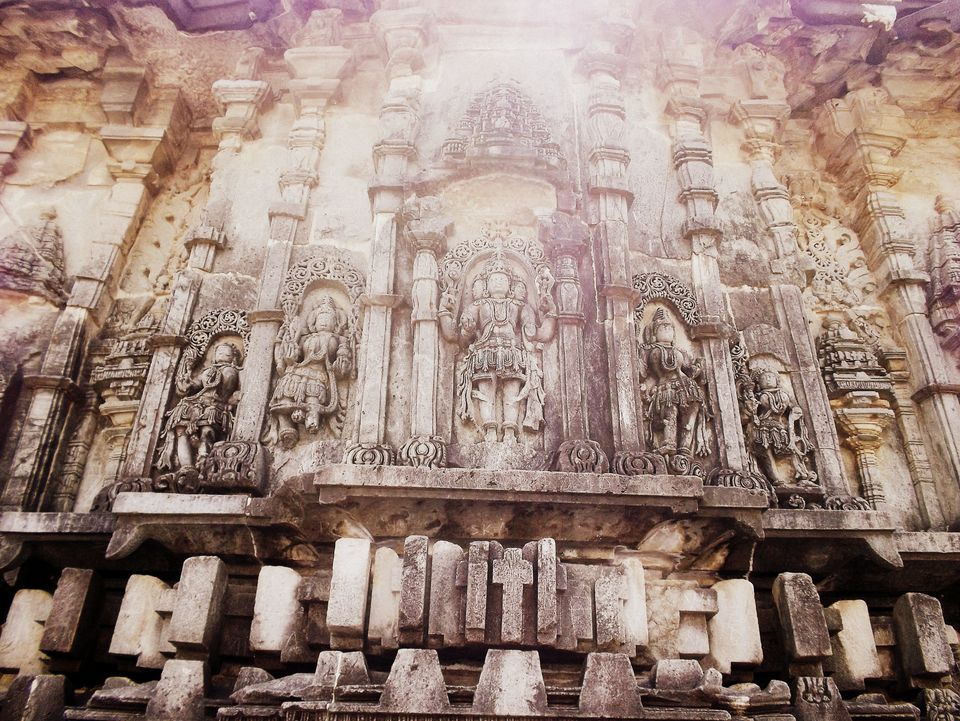 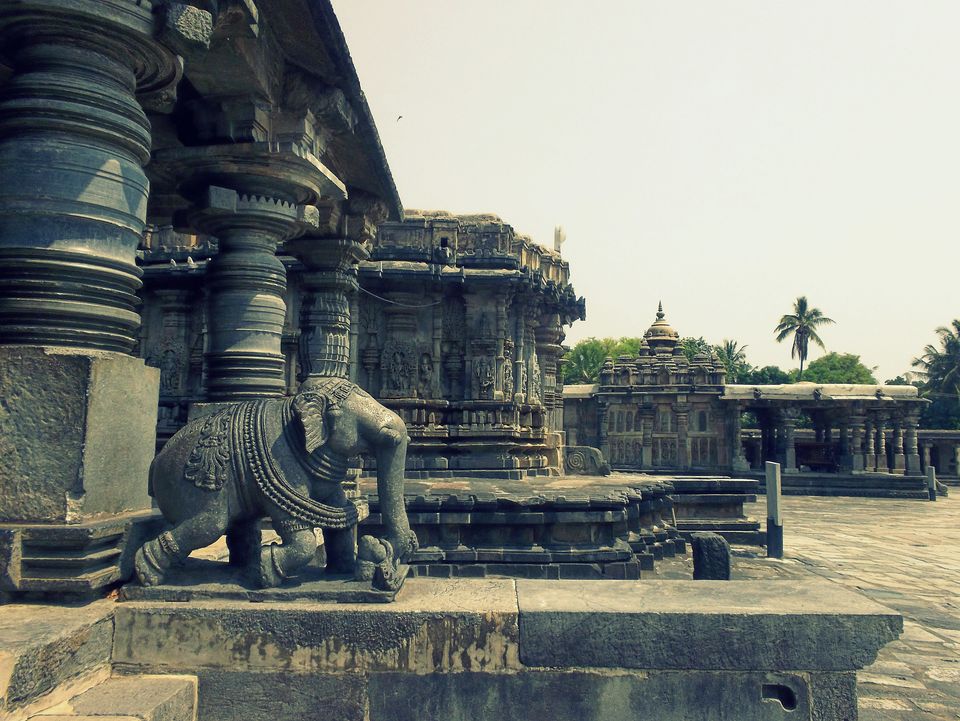 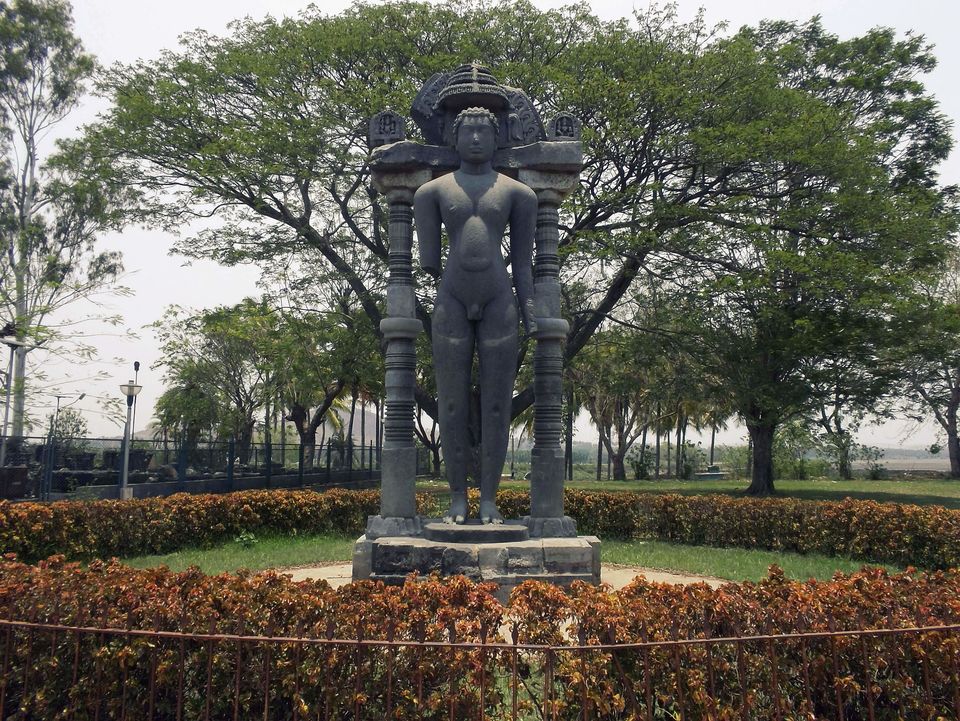 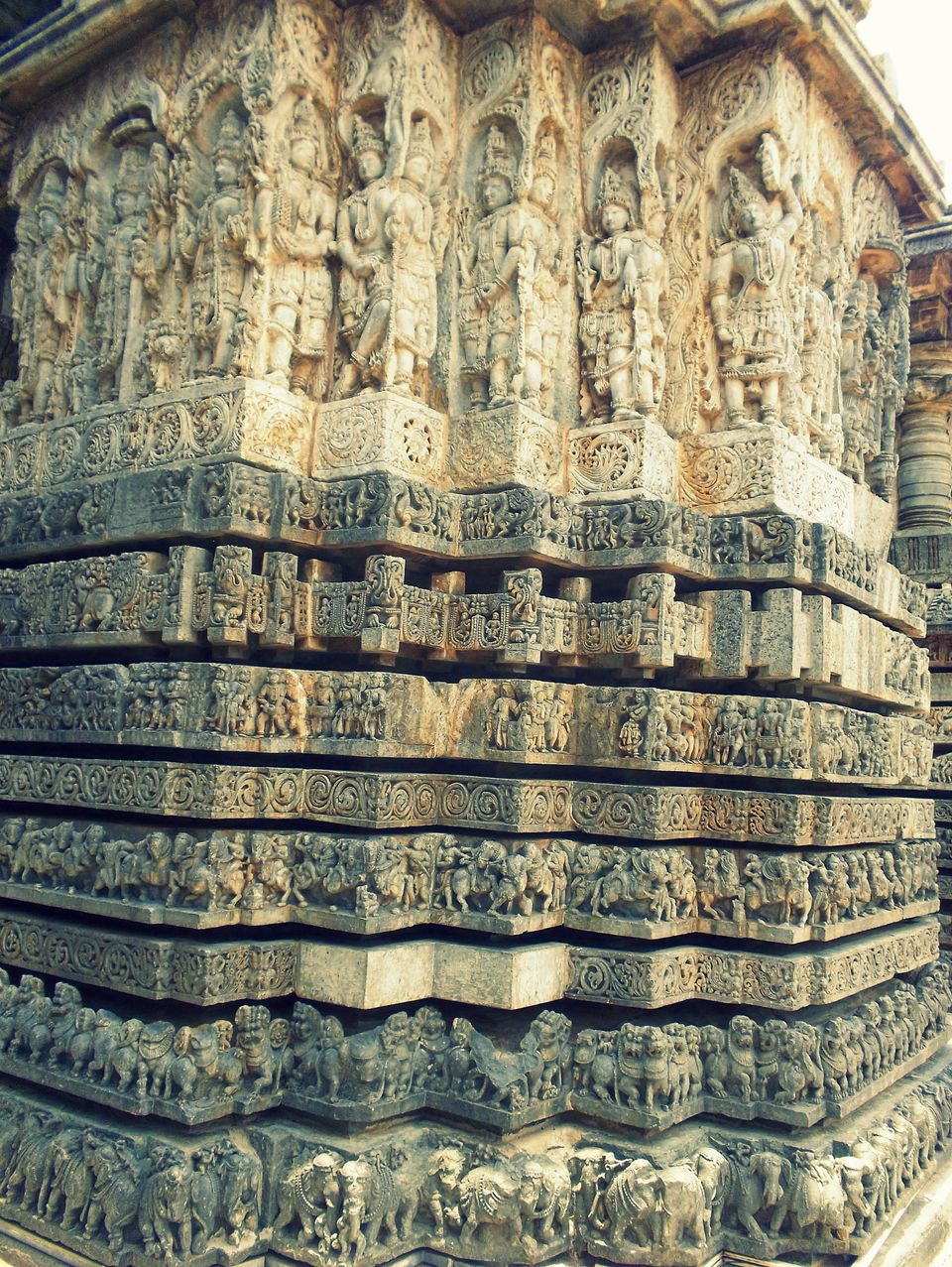 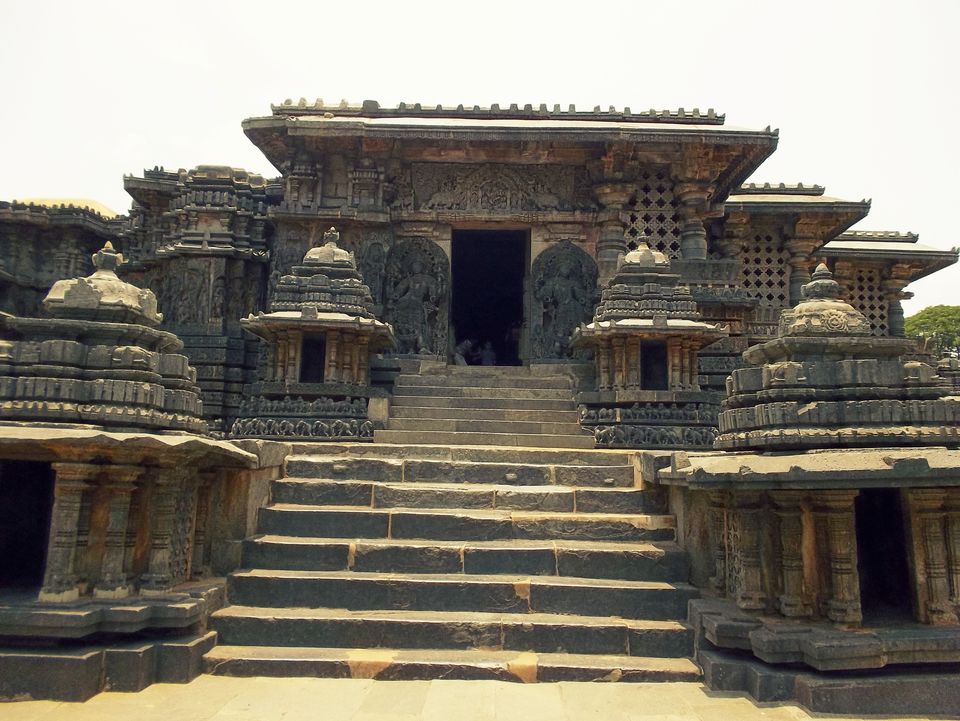 "I was born very far from where I'm supposed to be. So, I guess I'm on my back home."

A few months after my first solo trip, the 'travel alone' bug started gnawing at me again. So this time, after recommendations from fellow travelers and a couple of guide books I zeroed in on Sravanabelagola, Belur and Halebid for my next trip. But this time as I was planning I remembered the stares from my last trip alone, the questions about where my family was and why I was travelling alone and did I not know how unsafe it could get? So I kept postponing this one as the thoughts kept popping in and out of my head, till one Saturday I woke up and thought well that’s what people do right? Question! That’s what humans do. Why should I give into others’ concerns? So I just packed a couple of items and set out early that morning to the Majestic bus stop to catch the next local to Hassan.

With a few hours of a wonderful early morning ride on a not so wonderful rickety bus I got off at Hassan, my base camp for the weekend. Thankfully, the bus stopped very close to (I believe) the only liveable hotel around and as I entered the building, thus began my series of questions and answers for the weekend.

After satiating my hungry stomach and some astonished locals’ curiosity I set out on my first sight for the weekend; Sravanabelagola. It is around forty-five minutes away from Hassan by bus and then when you reach there, the walk up the Vindhyagiri Hill takes another twenty minutes (but it feels like someone has been pumping oxygen out of your lungs for hours at a stretch!!). The town is centered around a white tank (bela kola) which gives it the name. The Vindhya Hill to the south of the tank houses the over 17m high statue of Gomatesvara, which is believed to be highest monolithic statue in Asia. The huffing and panting up the 650 steps is made worth it when you see the statue and the expression of peace on his face.

The other hill, Chandragiri which is the smaller of the two has more areas of interest from a historical point of view. There are 576 inscriptions on the rock, which is the most on a single site in India and they date from the 6th to the 19th century speaking of a dozen different dynasties.

Next up on the itinerary were the Yadava temples at Belur and the Hoysala temples at Halebid. Both are around thirty minutes away from Hassan, but it is advisable to check out Belur first and then Halebid as there are more frequent buses from the latter back to Hassan.

The most famous site in Belur is the Chenna Kesava temple. Though the entire temple and the sanctum is not in very good shape but it’s good enough to study the intricate carvings for hours.

Halebid on the other hand is in almost pristine and untouched condition even after a thousand years behind it. The best part is the finely carved temples which are so intricate and precisely done. One can just sit at the courtyard for hours and try to read the stories that the carvings tell. And when the sun gets too much to bear just go inside the temple and the latticework allows just the right amount of air and light to let you continue your contemplatives, unperturbed.