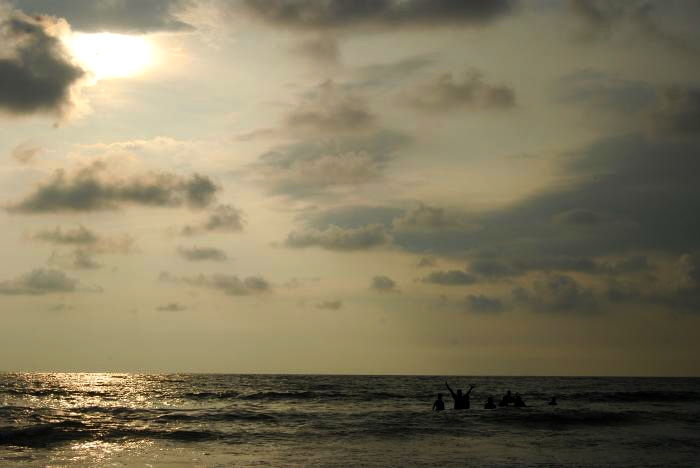 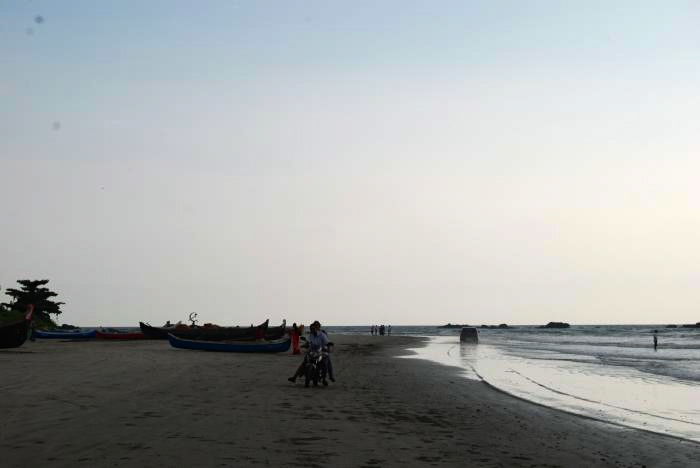 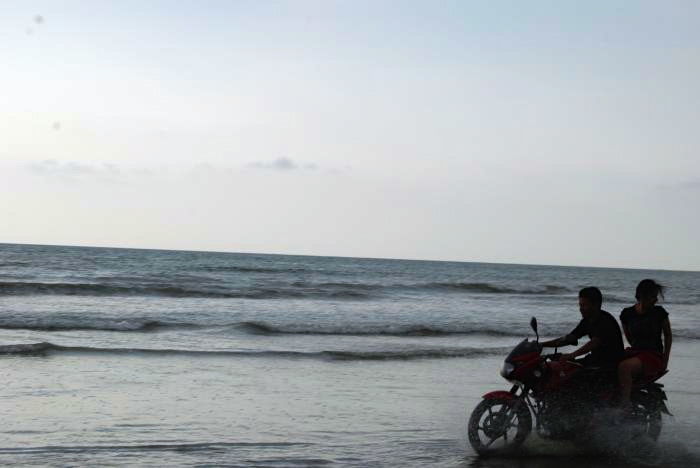 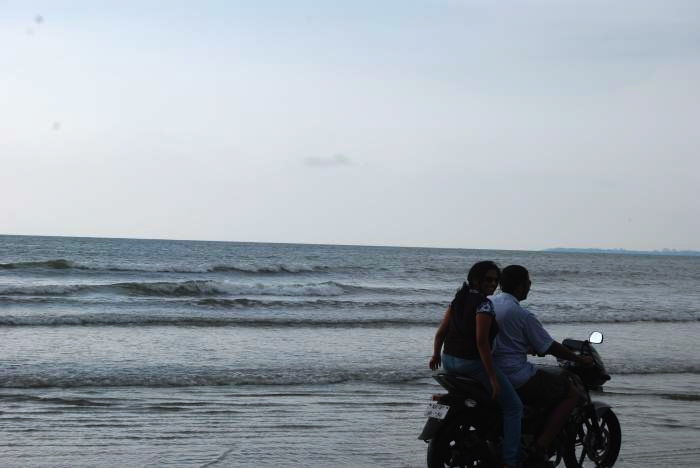 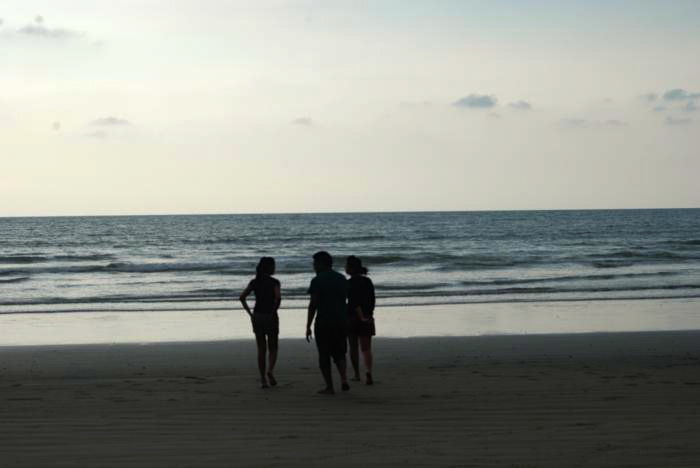 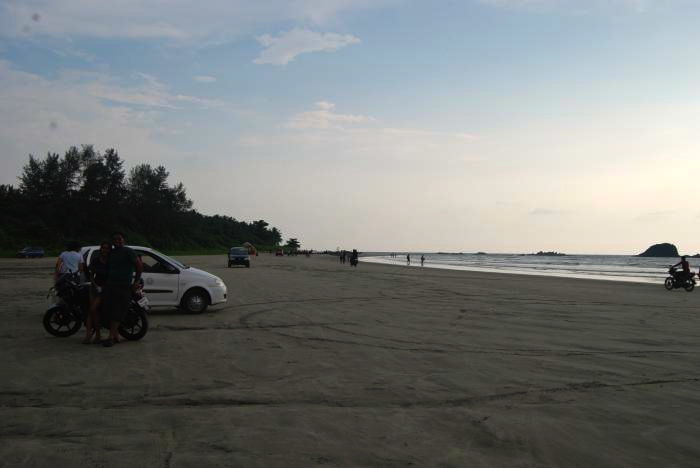 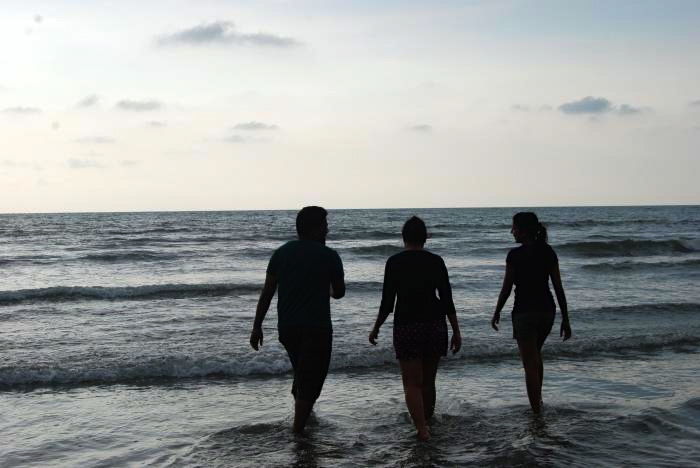 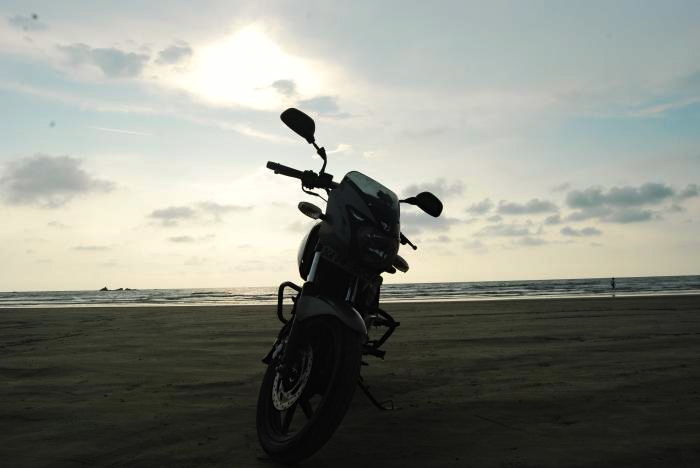 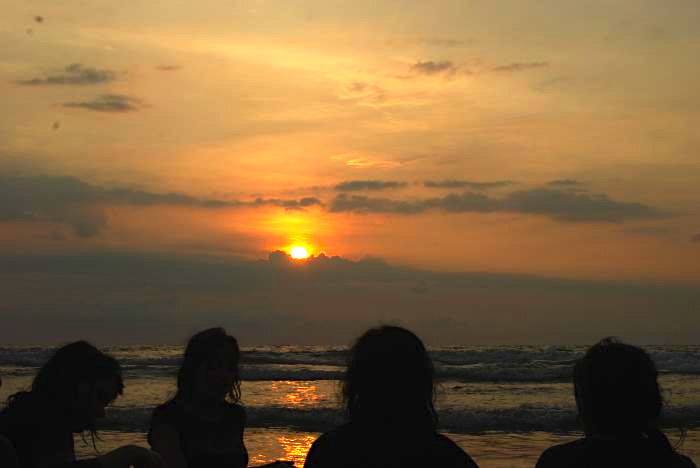 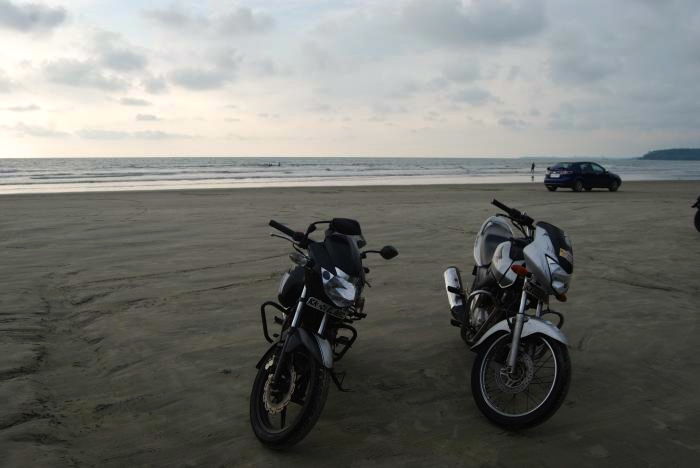 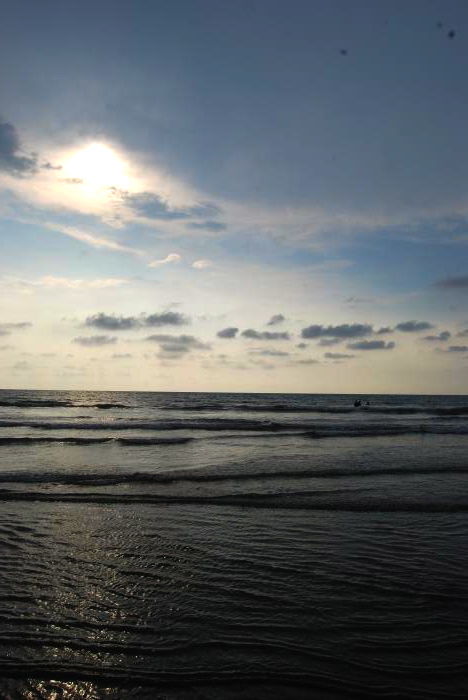 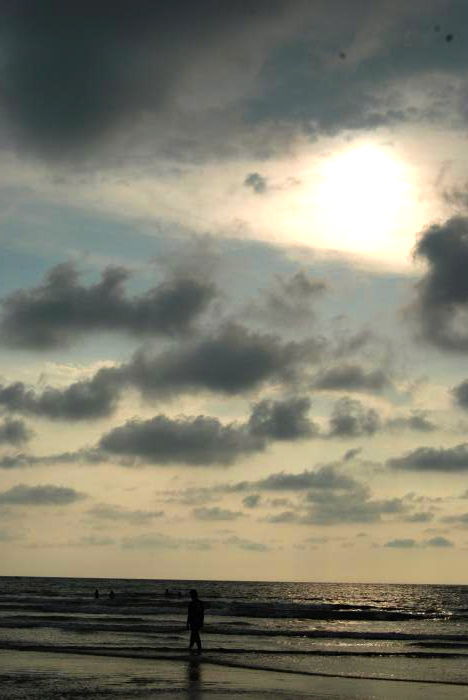 The name is Beach. Muzhappilangad Beach. Once you get your tongues around that twister is when the actual fun begins. What started off as another desperate attempt at gaining some mental peace ended up at a beach which is one of its kind (in this author’s opinion anyhow). So we gathered all the troops, bikes, backpacks et all. It was meant to be a day when we escape from the drudgery of MBA life (again). We knew that alcohol was super cheap at this erstwhile colony of the French, Mahe. Located about 70 km north of Kozhikode, our gang of frustrated manager-wannabes sought refuge in its tax free alcohol regime. The roads, be warned, are horrendous and tend to get worse every year. Local opinion is that conditions are poor mainly because of administrative neglect and partly due to the torrential monsoon showers.

At Mahe one of the merry gang members became all the merrier and broke into fits of joyous coughing. Must have been the shock of buying 2500 bucks worth of booze for just 800 bucks. God Bless Union Territories – he exclaimed. And we thought that was it. This was where the fun would pretty much end. We had our booze and would need some spot to kind cool down and gorge on it. Someone told us of this beach not too far away and we thought what the heck lets just check it out. Beach + Booze = FUN, I thought to myself.

The first sight of Muzhappilangad Beach will pretty much blow you away, knock your breath out, leave you senseless – all at once. The whole concept of a beach into which you can drive your bike/car into is something so novel. It would seem like it was out of a film no less. There was some local Malayalam film being shot there by the way. A jeep was spraying the water all around for some weird camera angles. If I do catch the actual film I’ll be sure to post a link. Like kids in a candy store all of us took to spraying water around with immense gusto. And take my word for it. There isn’t quite anything like this experience in the whole country. Its just so much FUN having a female pillion and looking all macho as you spray the sea water around.

The downside of pretending to be a crass Bollywood hero is the price your poor bike has to pay as salt water inundates its engine. We ended up spending a good part of our time there getting a mechanic who could resuscitate our two wheelers. One by one as our bikes started falling prey to evil intentions of the sea, we did the next best thing. We took on the gentle waves at the beach. The beach has a gentle incline for easily more than a kilometre. After half an hour of wading and trekking we reached water which was barely above knee height. The waves would come in gentle droves and lap around our feet, as if gently prodding us to play with them. And play we did. Splashing around, kicking the clay in each others faces and wrinkling our hands.

And as dusk approached everything turned into this orange hue. That is one major advantage of being on the west coast of India. Sunsets by the beach are always stunning and as we lay in the water surrounded by the sound of rushing water and the joyous cacophony of friends, all was well with the world.

HotelsMap
Unique flat beach with lilting waters and peaceful corners to just shut out the world and be at one with yourself. Helps that the accompanying food and alcohol is top notch. 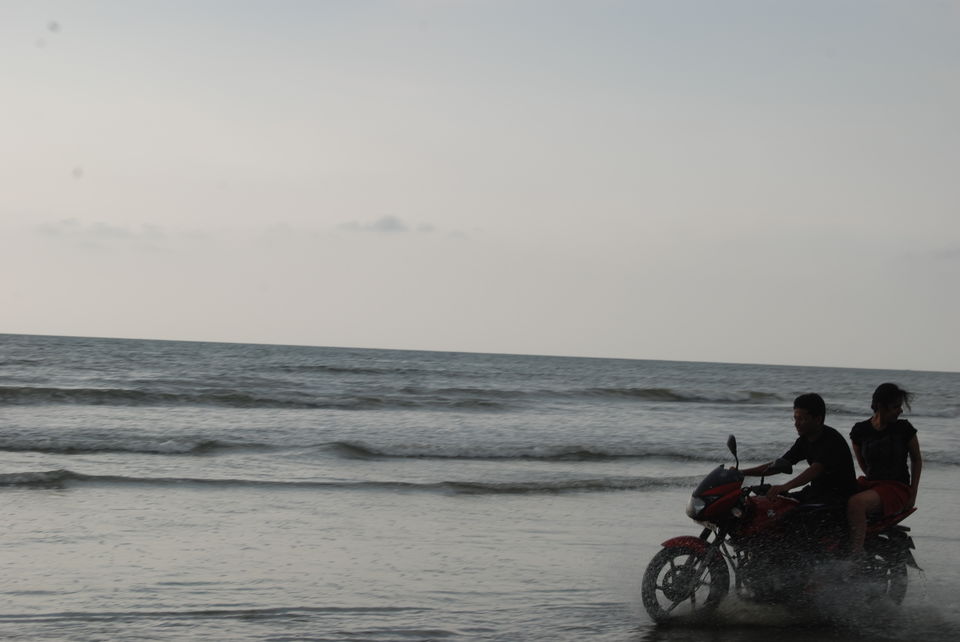 HotelsMap
Small town on the way to Muzhapillangad where we stocked up on some of the most delectable Malabar Biryani. Lip smacking and divine. 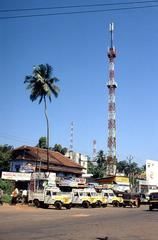 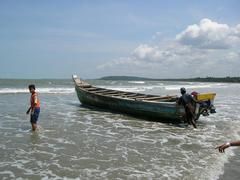 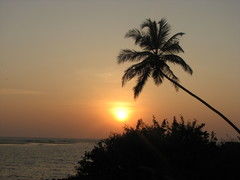