The gorgeous city of Georgetown 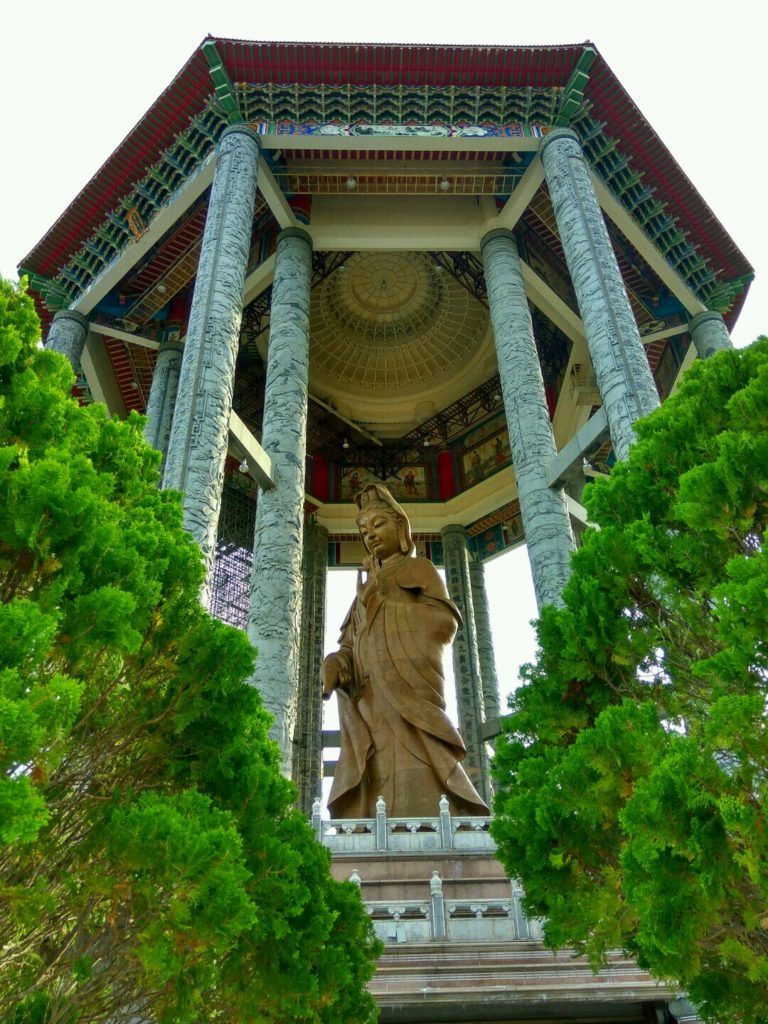 Port cities have always been a personal favourite of mine. The hustle and bustle amidst the multicultural influences combine to offer a potpourri of sights, sounds and smells that you wouldn't find elsewhere. But right now, I am standing atop Penang Hill, recounting a whirlwind past 24 hours that made me fall in love with the UNESCO designated heritage city of Georgetown. The gorgeous city of Georgetown, named after King George III is a former British colonial outpost which has major influences from the Chinese traders and Indian workers who left an indelible mark on the soul of this city.

The Mansions in the city of Georgetown

There is no better way to start a day in Georgetown without a visit to the mansions. The Blue Mansion also known as Cheong Fatt Tze Mansion and the Pinang Peranakan mansion were residential quarters of affluent businessmen, later converted into a hotel and museum respectively. The reason these mansions draw in a plethora of tourists every year is the striking colours that stand out against some ornate decorations. As these Chinese businessmen entertained British officials and traded regularly with them, their houses are an aesthetic mix of Chinese wood panels, English floors and Scottish ironworks.

Read more about the of Penang

Although the mansions are a flag bearer of multicultural ethos that binds the city but the true essence of Malaysia's cultural diversity can be experienced with a walk along the Street of Harmony. Starting with the St. George's Church on one end, I decided to walk down to the Kapitan Kelling Mosque on the other end. The St. George Church was established in the 18 century by the British East India Company and the stucco white architecture is a magnificent contrast to the blue clouds circling overhead. The Taoist temple of the Goddess of Mercy is next with its typical melange bright colours so characteristic of Chinese temples across South-East Asia while the Shri Mahamarriaman Temple is built in a traditional Dravidian style that is commonly found all over South India. My final destination is the Kapitan Kelling Mosque, whose minarets and domes rounds up a multicultural sojourn that binds the fabric of this island nation together.

In a city that rushing towards modernity, the jetty of the Chew clan is one of the traditional spots in the city. Chinese migrants who came over to Penang in search of a better life settled here and started living in wooden houses built on stilts. Later, as more and more families joined in, these wooden houses were connected with platforms that created the jetty on the waterfront. As I walk along the wooden planks with the sea peeping in between them, I experience a riot of colour, aromas and sounds that abound here. It is a stark contrast to the modern harbour located nearby as a view of the Straights of Malacca opens up before me.

With all the lovely flavours that I smell wafting in through the streets, I decided to head to a place that Malaysians call their second home: Mamaks. The Mamaks are 24-hour restaurants that serve up an eclectic mix of Malay, Chinese, Indonesian and Indian food. With the majority of the Malaysian population eating out, these Mamaks are the virtual nerve centre of today's modern world. College friends, doting couples, big families and even corporate honchos arrive at these bustling restaurants for their daily lunch. I decide to order myself a typical Penang lunch, Chicken Rice and Sweetened Tea. The Chicken Rice consists of Roast Chicken served on a bed of white rice alongside quite a few condiments that can be used to flavour it up. The Sweetened Tea, somewhat of a Malaysian speciality is black tea spiked with condensed milk instead of the regular one and is a perfect way to end your day.

Read more about the Mamaks of Malaysia

Street Art in the city of Georgetown

I feel that early mornings are the best time to explore a city and city of Georgetown proves me true. The city has just started to stir up and people are heading to their favourite Mamak joint for their breakfast. I slurp on a mug full of the sweetened tea I had tried out yesterday before heading out to capture the real soul of the city: its street art. The city of Georgetown is known for its street art which abounds it's every nook and cranny. I decide to hire one of the small rickshaws for RM 80(INR 1300) for an hour-long ride across the streets of Georgetown. Be it the outside restaurants or on the sidewalks outside of malls, the whole of Georgetown is literally a canvas for artists to work their magic upon. In fact, the Penang Municipal Corporation invited Lithuanian artist Ernest Zacharevic to capture the essence of the city on its empty walls. I am enamoured by the bright colours and the beautiful depiction of human emotions, the most widely known of which is the 20 feet mural of "Little Girl in Blue". It features a young girl dressed in a blue coloured skirt against the side of a building. The reason behind Zacharevic's work becoming so popular is his use of real-life objects as props, especially in "Boy on a Bike" and "Little Children on a Bicycle". Other murals which have become famous worldwide include the "Little Boy with Pet Dinosaur", "Reaching Up" and "Children in a Boat".

The beauty of Georgetown lies in its ability to mingle the East with the West, the modern with the Old and become a bustling metropolis while still retaining its soul.