I MIGHT BE the only person on earth who hates rain. Like you can't even get out of the house. you can't get out and enjoy plus if you get wet there is a great chance of getting sick.

So that day it was raining heavily since midnight the rain didn't even stop for a minute or least plus it was SUNDAY the only day when you can escape that boring schedule and enjoy.

I was damn frustrated . I wanted to get out of the house pretty badly.

The time was 1pm. After having lunch I sat down along the window staring at the clouds Hoping that it would stop raining but it didn't get any better instead it got worst making me more frustrated but as I was staring the clouds a sudden strange feeling hit me hard. A feeling that was telling me to get out and enjoy

I asked my self what should I do ? Should I get out of the house and enjoy ? or should I stay as I was ?

(My BRAIN said no stay as you are but my MIND said something different it told me what if it's raining. What will you do if it never stops raining so instead of complaining get out and enjoy)

A moment later I took my bike keys , helmet and left the house having no idea where I was heading

So I decided to ride towards west.

The road to Kass starts as soon as you leave the city . It begins with a pass that cuts through the mountains taking you to the top of it.

It was in last summer's when I visited kas the best time to visit the valley is in late monsoons when the flowers start to bloom. Kas has more than 850 species of flowering plants out of these 850 species 39 species are found only in kas region and no where in the world

So I started moving towards the valley . The weather was getting worst and worst as I moved forward after riding for more than half an hour I found my self covered in mist (fog) making it difficult to ride as I was unable to see anything due to rain and fog

(So I again asked my self. Was it a good decision that I made coming this far. And the answer was I came so far , I'm already full wet what worst could happen than this so let's go a bit further the valley is right ahead)

So after riding through mist enduring heavy rain I some how reached the plateau. It would have been more easy if I would have just drove a car to the valley but It was no fun.

The fog here was way more dense that it was before making it hard for me to see what was in front of me even when I was just standing so I decided to wait until the fogs gone. After few minutes I realised I was totally wet from head to toe but I was not angry or pissed the reason was calmness the calmness that was present on the plateau small flowing streams sweet sound of wind it was so pleasant that I forgot everything even that i was almost shivering.

It was time to head back home.

But my mind was not ready to set back. It was still hungry. Hungry to see what was the monsoon hiding more within itself . Hungry to see how mesmerizing nature could be.

So I decided to go further.

Just few minutes away from the valley flows a waterfall which was once ranked as the tallest waterfall in INDIA. But now it's been ranked second know as "VAJRAI WATERFALL"

Now How mesmerizing can a place be INDIA'S second tallest waterfall "VAJRAI WATERFALL" and UNESCO WORLD NATURAL HERITAGE SITE " KASS PLATEAU " both at same place just few KM's away from each other.

The path to the fall leads through a village with a rough terrain. Somehow I managed to reach there but due to heavy rains it was only possible to see the fall from away. But it was not enough for me. So I took a small slippery path. I had no idea where it led me but I could hear the sound of water flowing fast making a loud noise so I decided to stick to the path. It was a bit risky as the path was way to slippery but after walking for few more minutes

I sat there for a while listening to the sound of water trying to hear what it was saying enjoying the view capturing the moments with my naked eyes. I was so into it I didn't even realise how hours passed.

Sitting there staring the beauty of nature made me realise what I was missing these many years.

Don't wait for it just go for it.

I looked at my watch it was 6pm now it was time to head back home but this day made me realise wonders of life a day that I will never forget ......

Kas a place where flowers rest 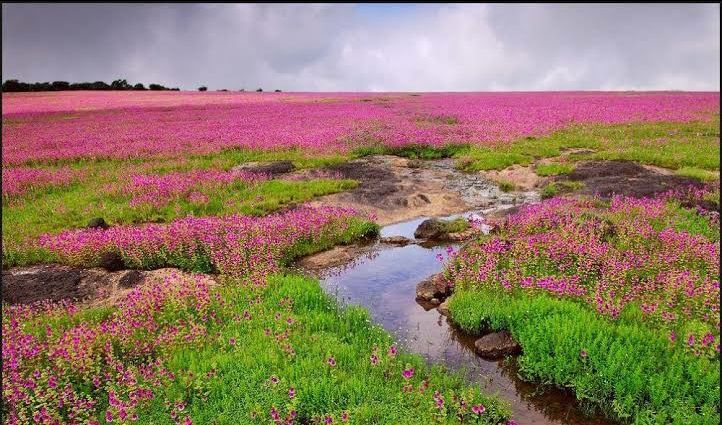 Force of the water at the top of VAJRAI WATERFALL 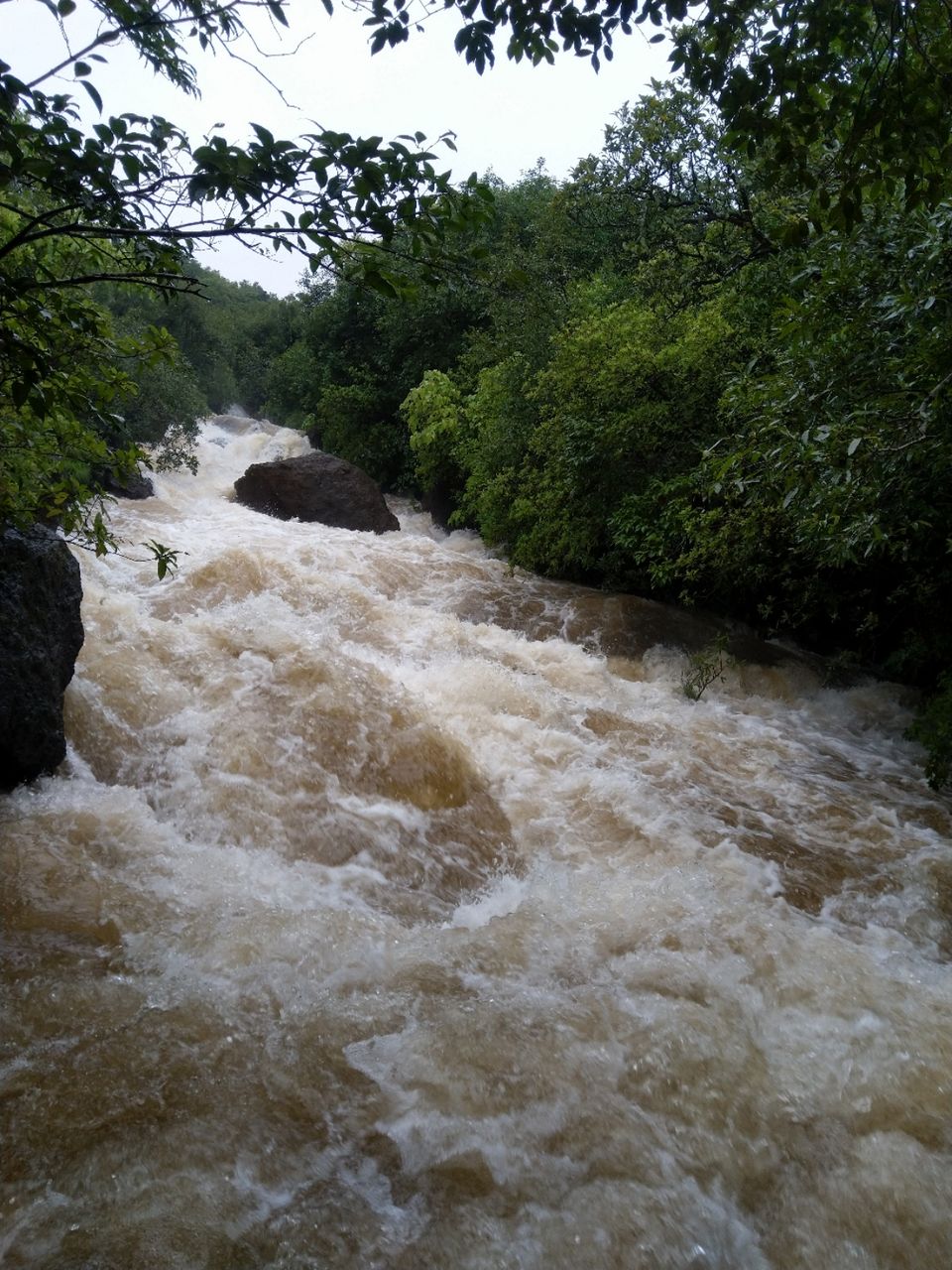 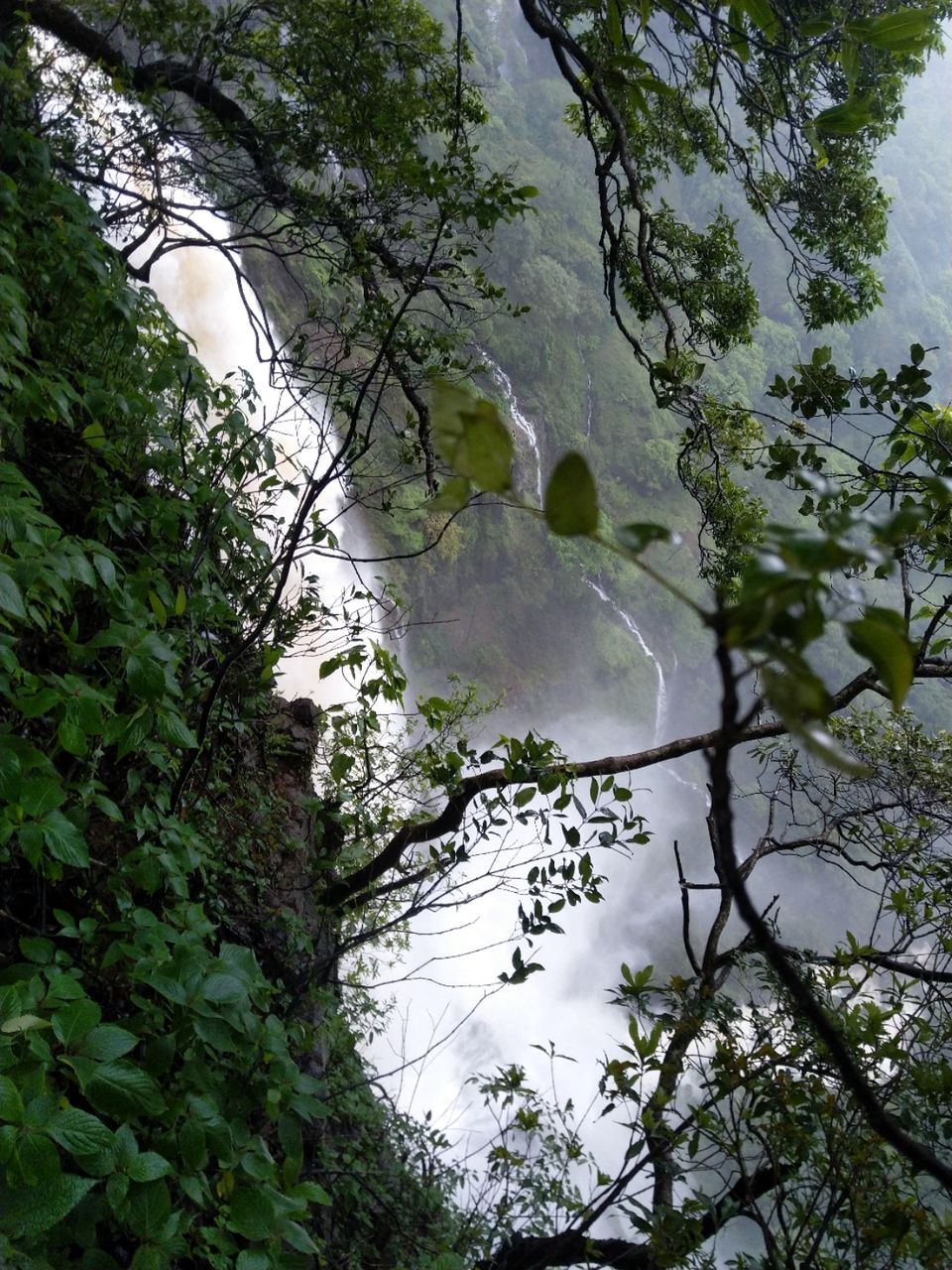 Could sit here for hours 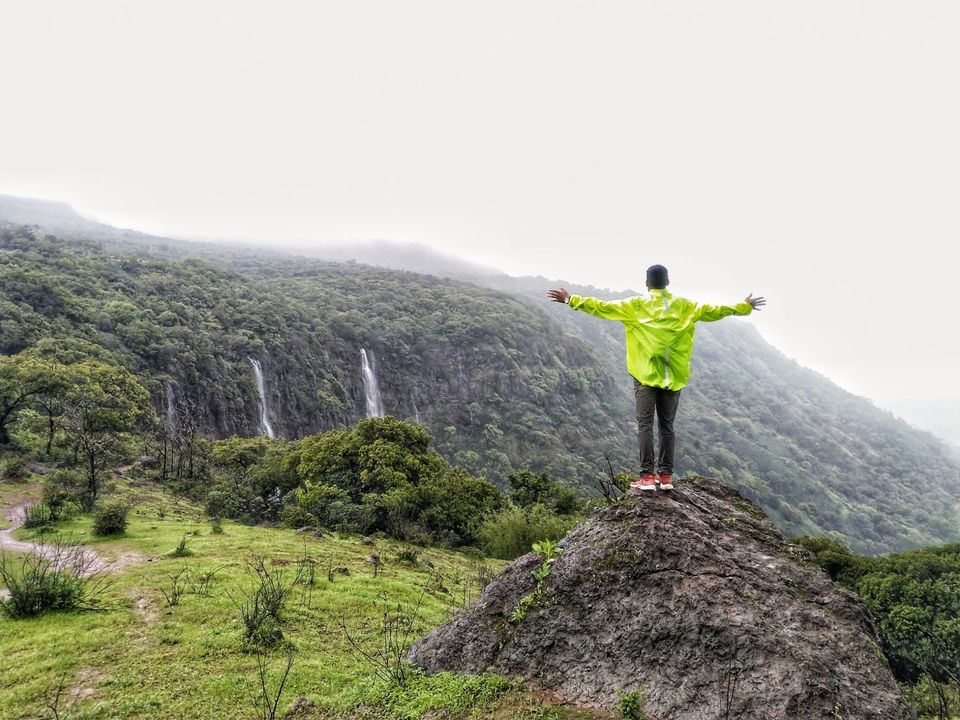 VAJRAI WATERFALL from far away 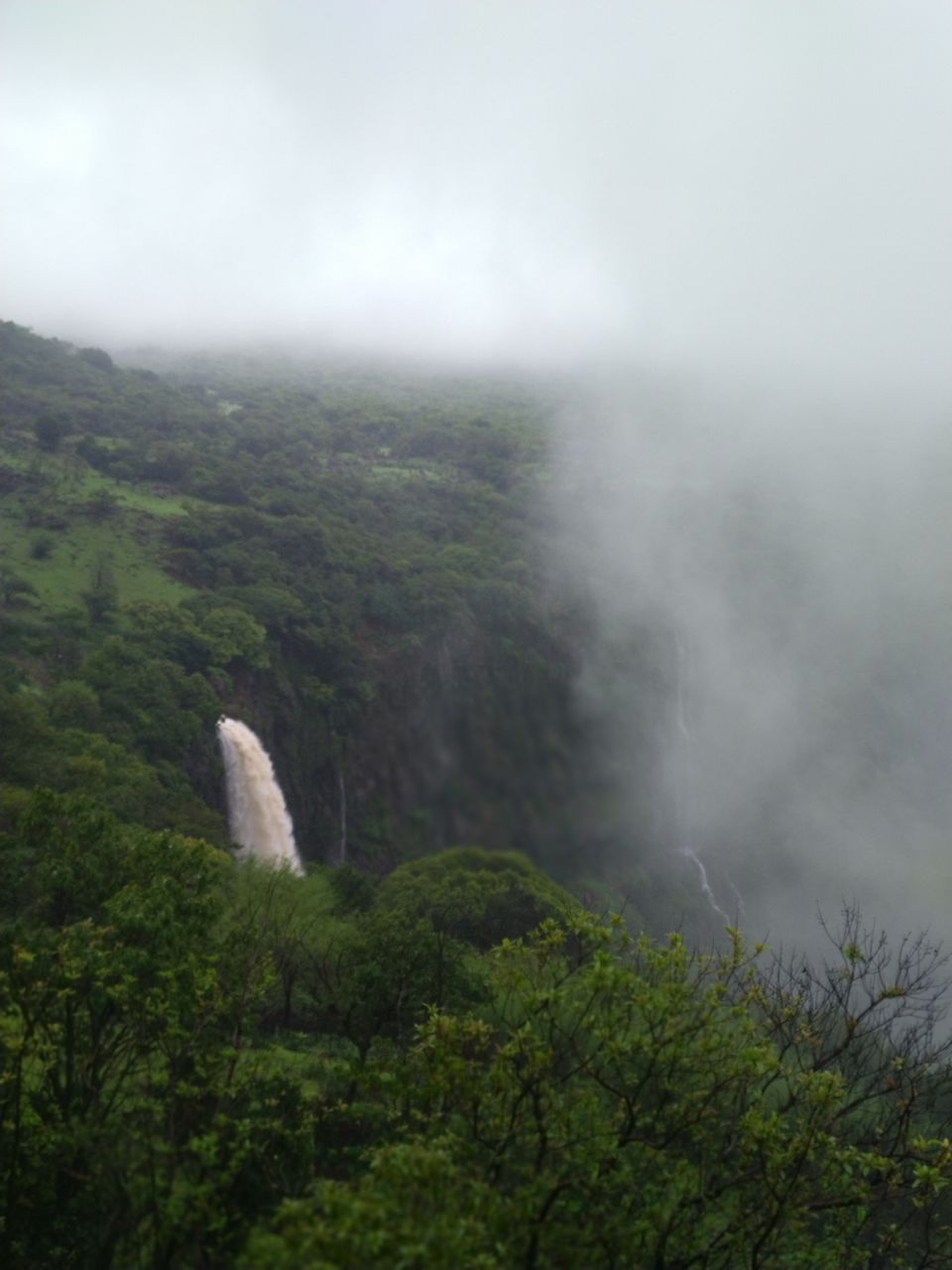 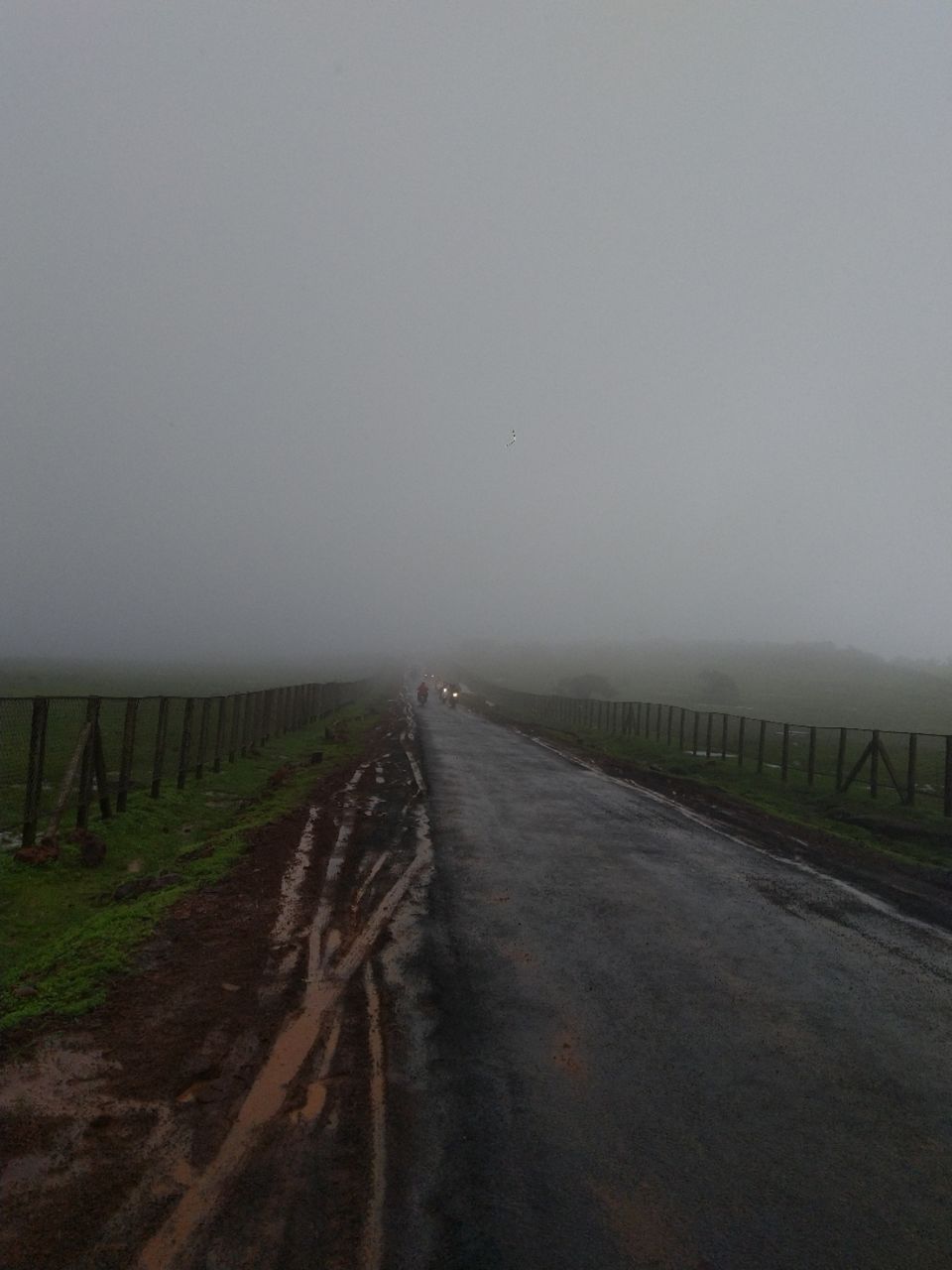 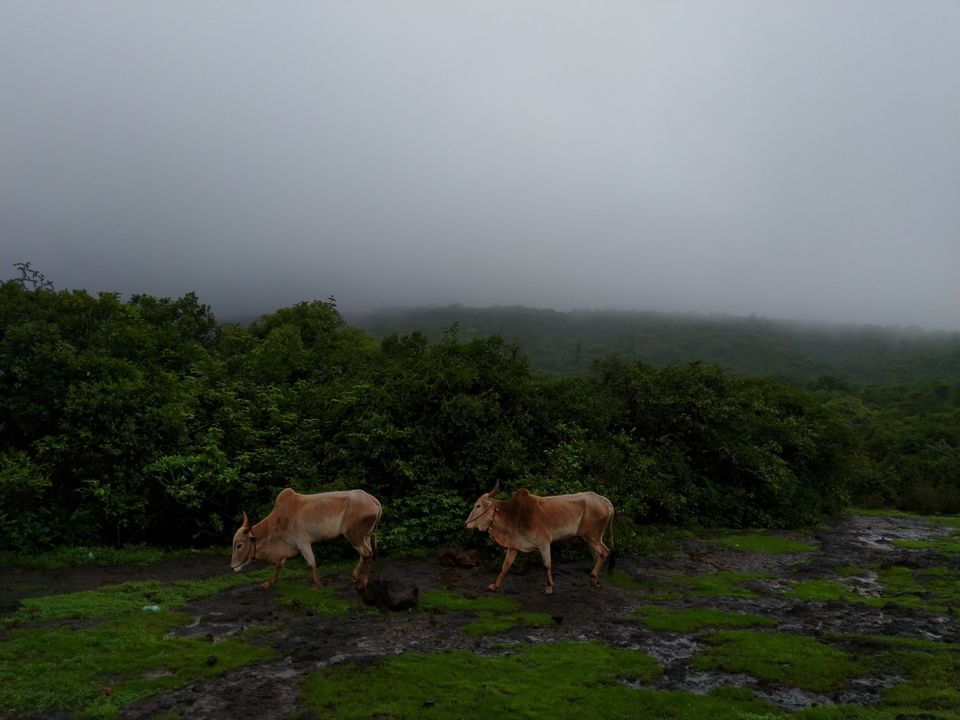 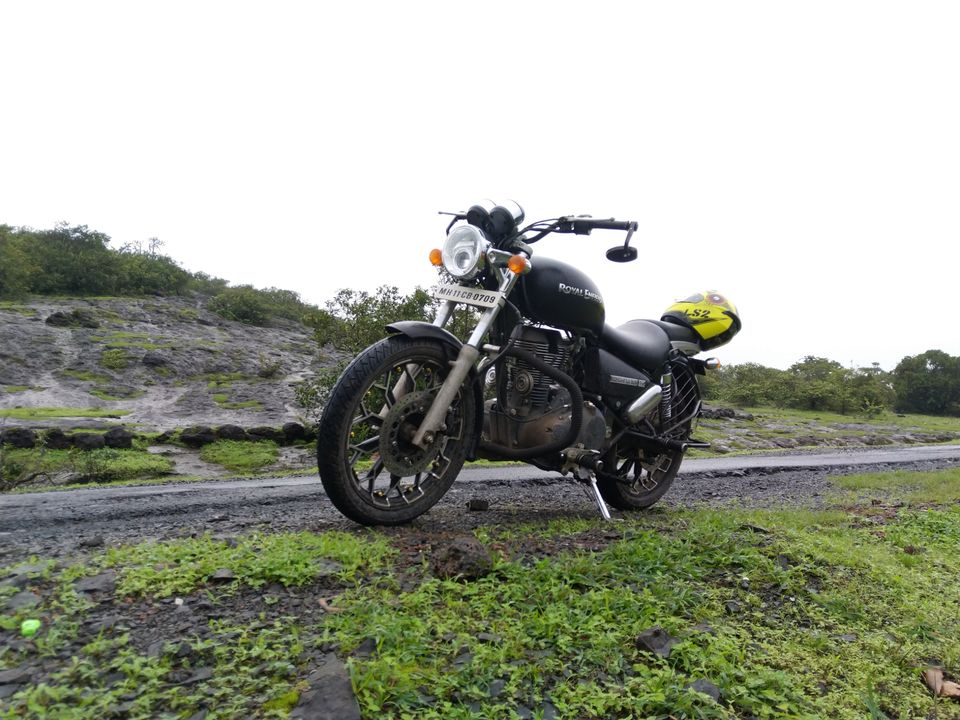