The train to the Himalayas had been five hours late. The excitement, however, couldn’t be dampened. The fantastic imageries of our destination in our minds were putting the trivialities of the journey to shame. In a radiant summer, we were headed to one of the most magnificent mountain ranges of the world!

The train did chug in, finally, and we boarded it, like frontiersmen mounting horsebacks – bracing for the adventure to come. The train halted at Kathgodam, the last outpost on the plains, a bustling little town and a gateway to many hill stations of the Himalayas. Travelers – both Indian and foreign – could be seen chatting with the locals, or figuring out ways in their maps, or sipping teas while checking their cameras. The locals had set up shops, and they would leap up to sell to the travelers just as they would rise to explain to them the routes, if and when asked.

Our car sped out of Kathgodam and began the uphill drive to the higher reaches of the mountains.

Sooner or later, it becomes apparent that you are switching worlds. The hustle and the bustle fall behind; simpler sounds – the crackle of twigs, the hiss of wind blowing through trees, the coo of birds – take center stage. Your own voice gains a joyous tone. The heat recedes away, making way for the cool hillside gust. Even Nature changes attire, bringing out the best from its wardrobe.

The evening was taking leave as we made our way up; the last remnants of the sunlight could be seen in a corner of the sky. Travelling in the mountains during the day is considered to be better as you can enjoy the scenery – the hills, the valleys, the streams – but we were surprised by the beauty of the mountains at night as well. The mountains and the valleys acquired more reality by the lack of light. Earth, dimly lit in the moonshine, seemed covered by a dark, bluish haze. The trees around and the landscape far below were bathing in the moon’s light. We were climbing up the heights steadily, like kids reaching to the shoulders of a huge person.

And on those shoulders lay three charming towns – Ranikhet, Kausani, and Nainital – the attractions that had set our journey in motion. They lay sweetly and proudly, as a testament to man’s ability to conquer those frigid heights and build beautiful settings for the purpose of enjoyment. The thick orchards and forests of Ranikhet, the majestic view of some of the tallest Himalayan Peaks in Kausani, the beautiful lake in Nainital – these, and much more, proved to be an extraordinary background for our numerous thoughts, conversations, and events.

We were singing with joy in the Himalayas. We were shaking hands with the peaks.

When we woke up in Ranikhet – “queen’s meadow”, now a cantonment town – the warmth of our cottage was too luxurious to be overlooked. We had booked at the Tourist Rest House (TRH) of Kumaon Mandal Vikas Nigam (KMVN), and their cute cottages stood on a ridge overlooking a valley. Outside, the thin mountain air was warming up in the sun. After a hearty breakfast, we roamed about the village and found many trails winding down along the hillsides, running deep into the valley. A trail from the Mall Road led us to the famous Chaubatiya Gardens – an orchard teeming with apples and other juicy fruits, and housing a fresh juice counter. The cultivated apple trees gave way to stately deodar trees that stood tall and lofty over the slopes. The air near the forest smelled of wet mud and toadstools, and it was so fresh that it made us yawn. The yawn, however, wasn’t a result of boredom but of immense lightness and relaxation. Later, strolling along the expanses of the Ranikhet Golf Course – one of the highest in Asia – we made our way to Kausani. 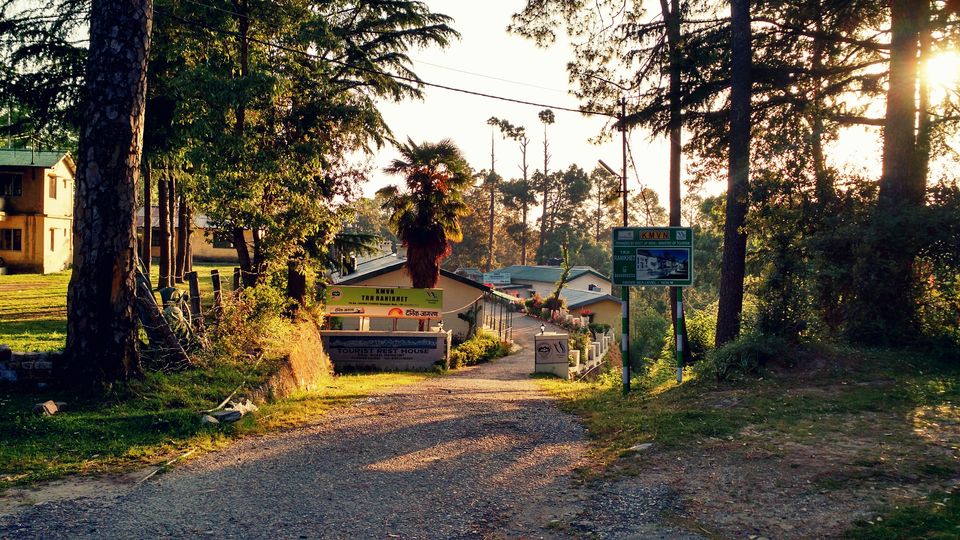 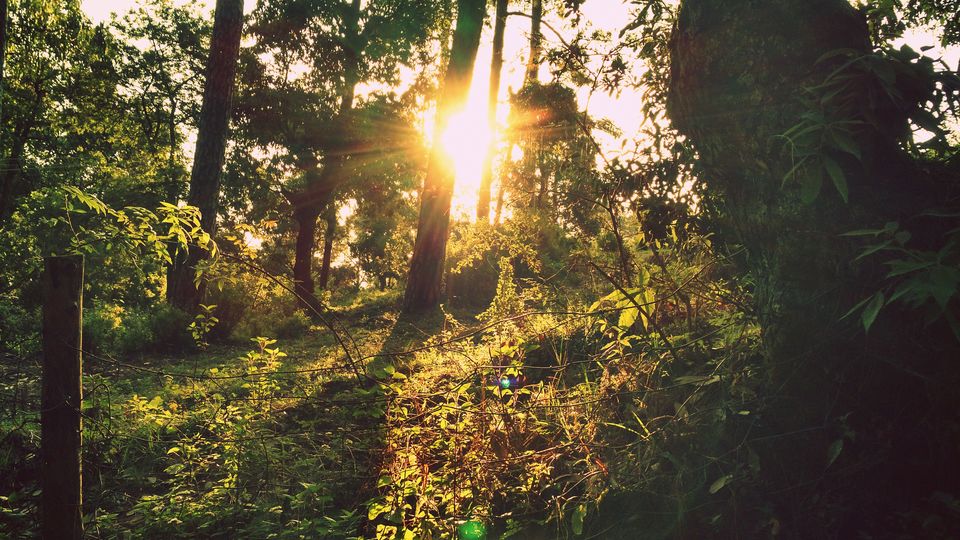 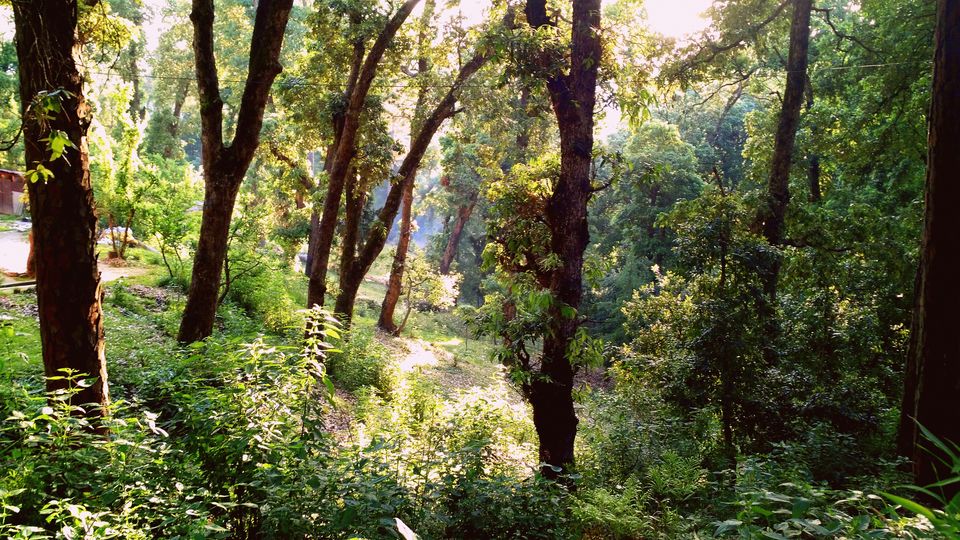 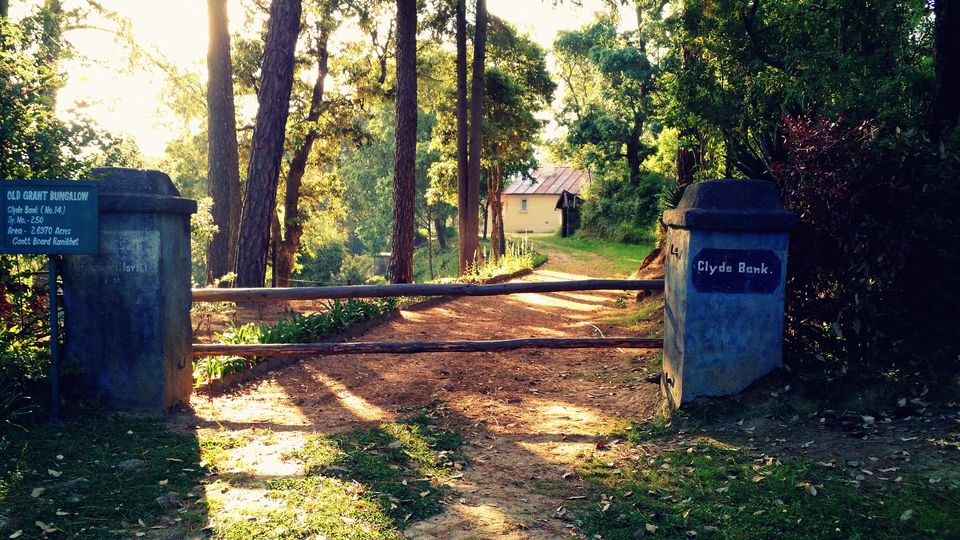 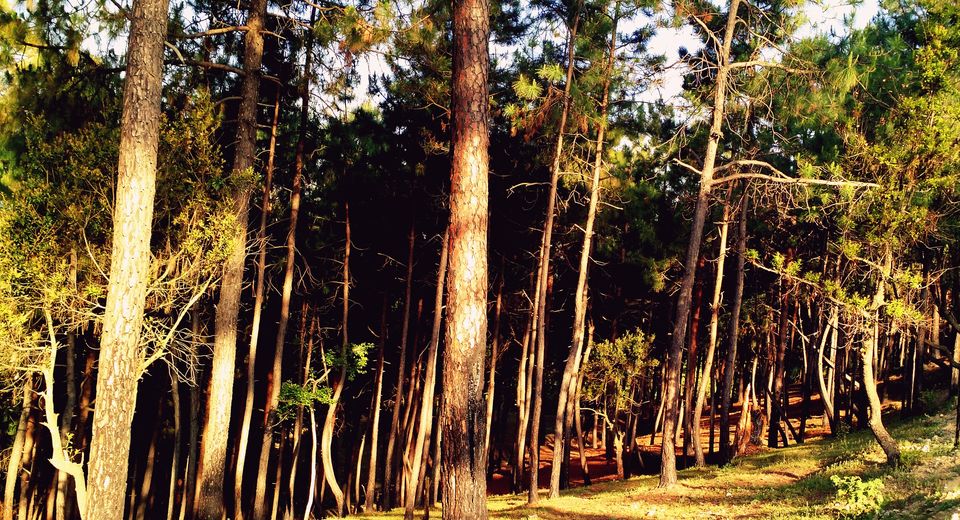 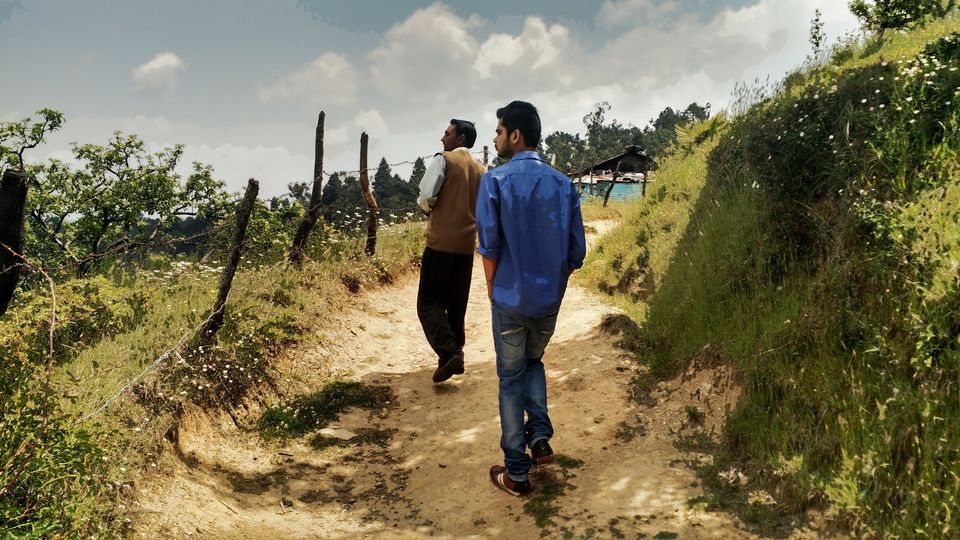 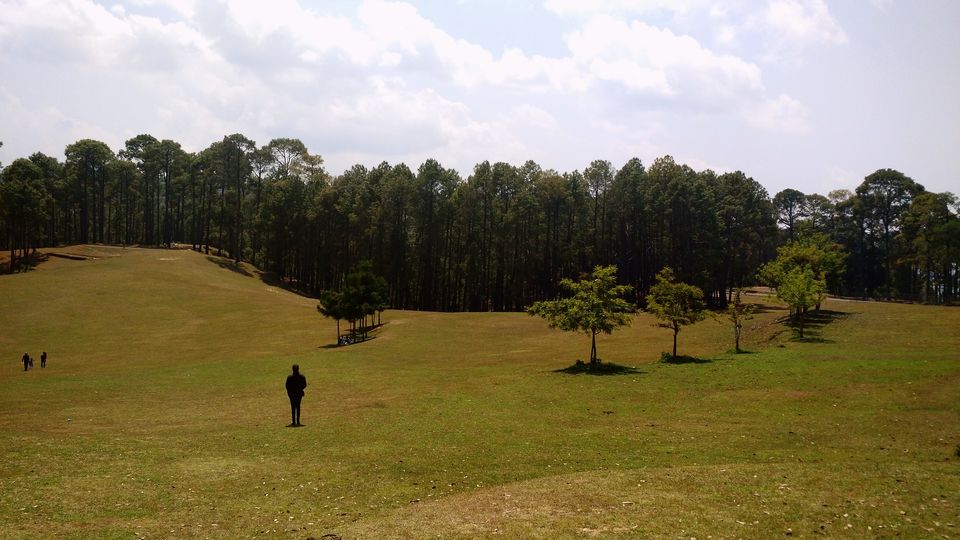 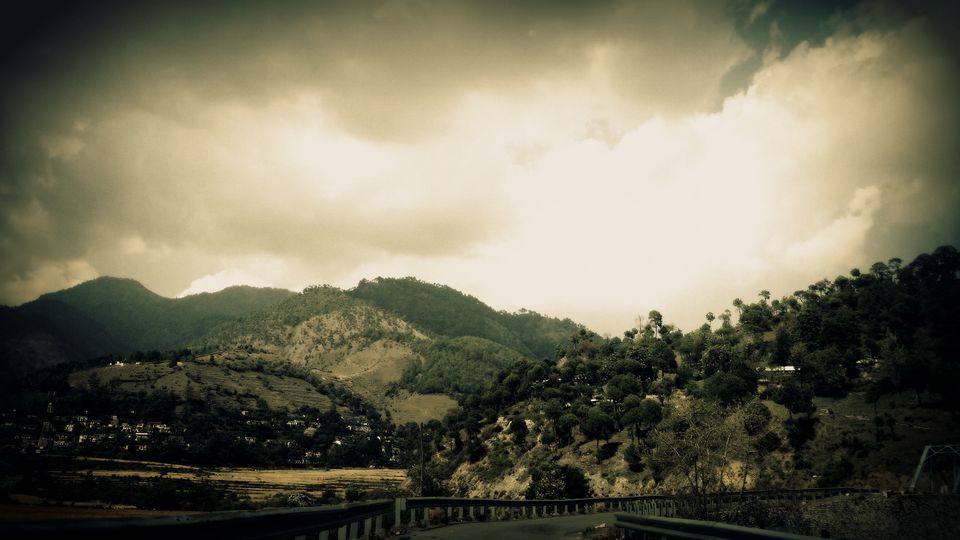 Travelling in the mountains involves changing hills and ridges to get across. When we started for Kausani – many hills and valleys away from Ranikhet – we would traverse whole hills, drive down into valleys, and then rise along the slopes of a mountain again. This is how you do it in the mountains – alternate between crests and troughs. And the crest that was Kausani lifted us and presented us to some of the most brilliant peaks of the Himalayas, of which Nanda Devi and Trishul were the most prominent. The Buransh – our hotel in Kausani – was the perfect place from where we could dwell on the wonders. The modern, mountain-facing rooms had huge glass-windows that cut a portion of the Himalayas for our enjoyment. Mountain-facing rooms meant that we didn’t need to venture out to enjoy the famous sunrise in Kausani. Snuggled in our quilts, and while sipping teas, we would sit around the glass-wall and watch the bluish mounts changing colors in the sunlight. The peaks seemed to be of their own world: they jostled for space in the skies, and when the mist swooped down to hide the earth, the mountain-tops appeared hanging in the sky - as if a portion of the earth had cut itself off and had flown far above. Later, we would head out and trek, make our way through villages and groves, and amuse ourselves by leaping across slim, jumpy streams that would go on to merge and form big rivers in the Indo-Gangetic plains. 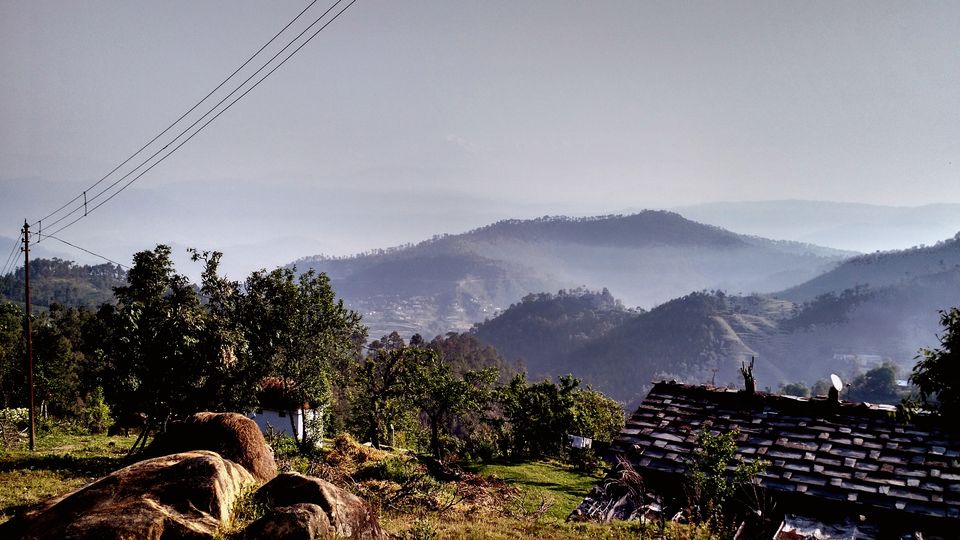 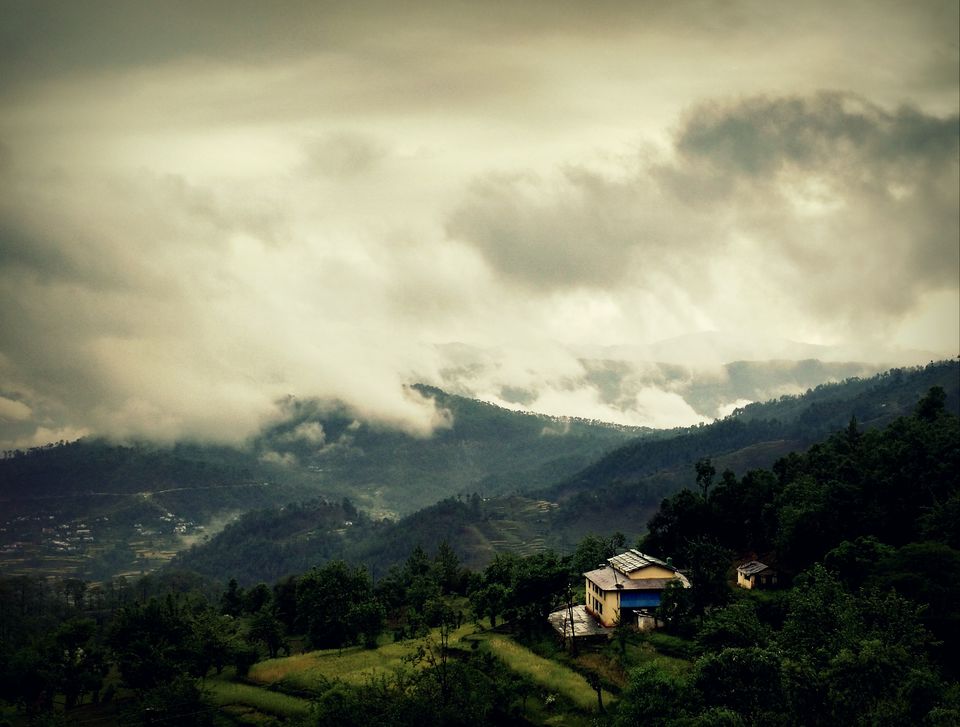 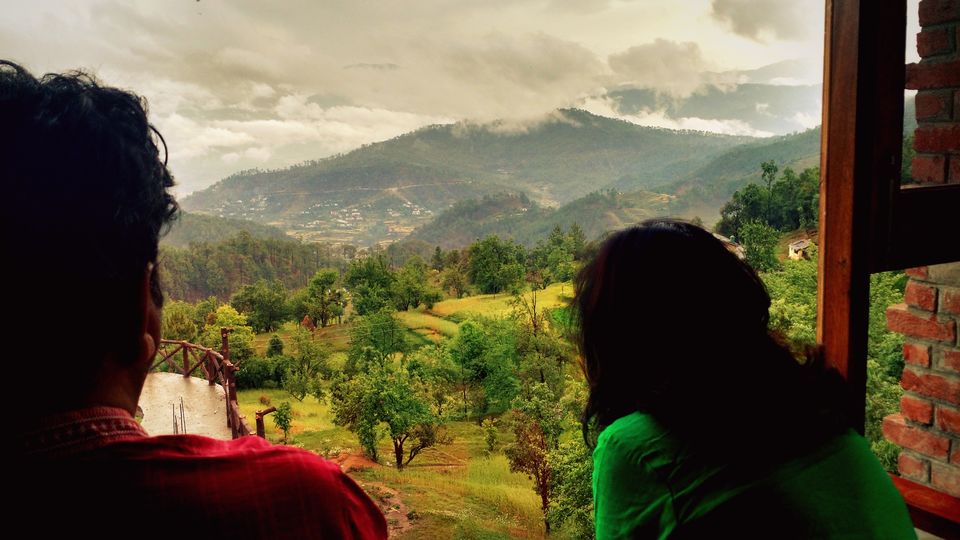 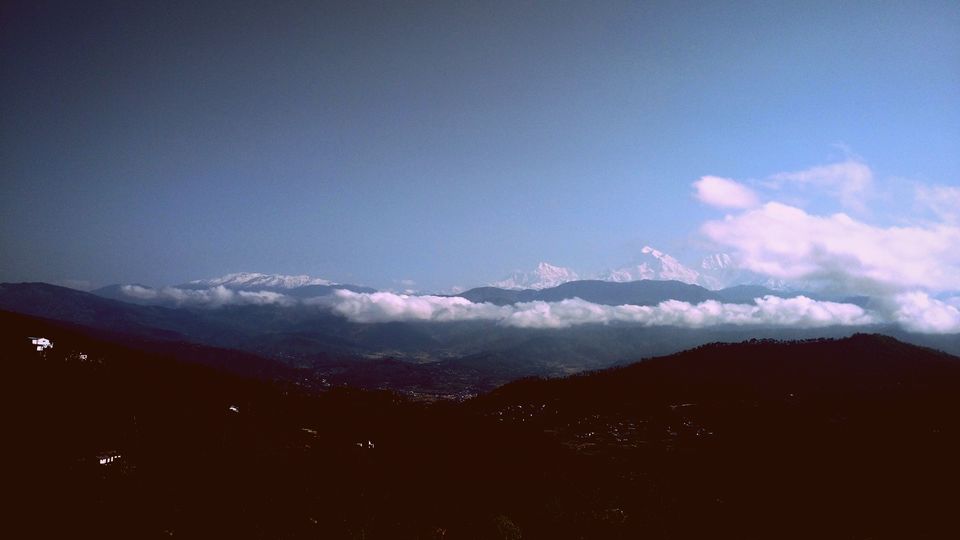 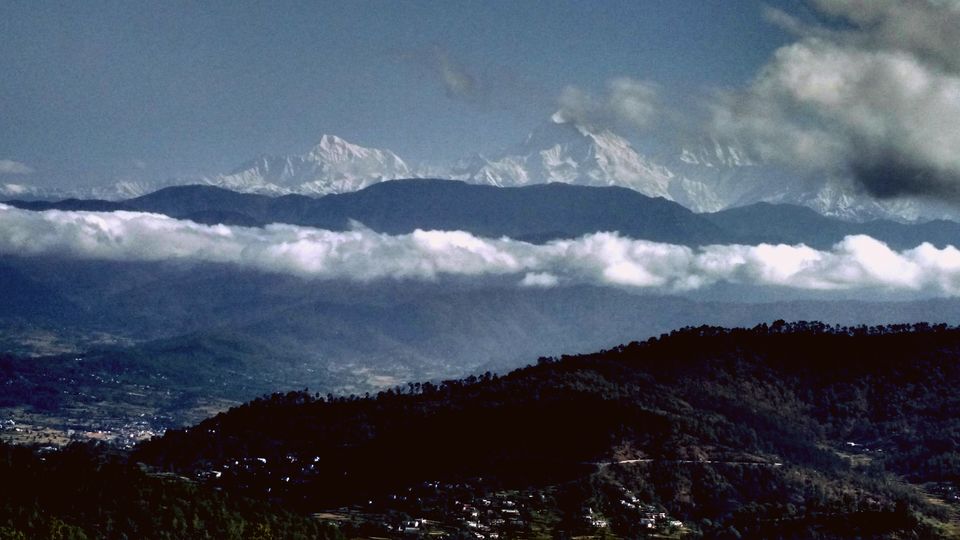 Our first reaction when we turned a hillside and entered Nainital was that of pleasant shock! We had heard that Nainital is quite built up now. It’s true. But the beauty of this lake-town supersedes everything. The major component of the beauty was the emerald lake – sprawling and sparkling in the sun. Overlooking the lake were forested green hills with little houses studded here and there. Along the Mall Road there are many cafes and restaurants for weary travelers. One of them in particular – Honey Hut – was a delight. Along with savory meals they served coffee with honey as the sweetener. Close by is the famous Tibetan Market. Shop there, if you must, but make sure you have their momos. The steamed meaty dumplings are the best fit for the slight chill of the air. And when you come out after a sumptuous meal and proceed to the lake, you see folks boating around in the sun. When you walk on the promenade by the lake in the afternoon, the sparkle of the water glimmers on your face. In the lap of hills and amidst tall, swaying trees, Nainital is a small world in itself. 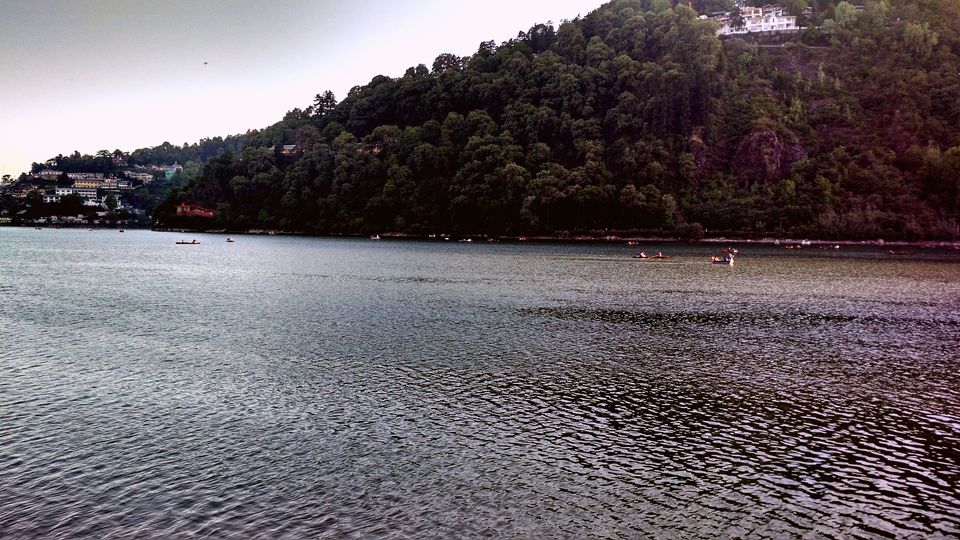 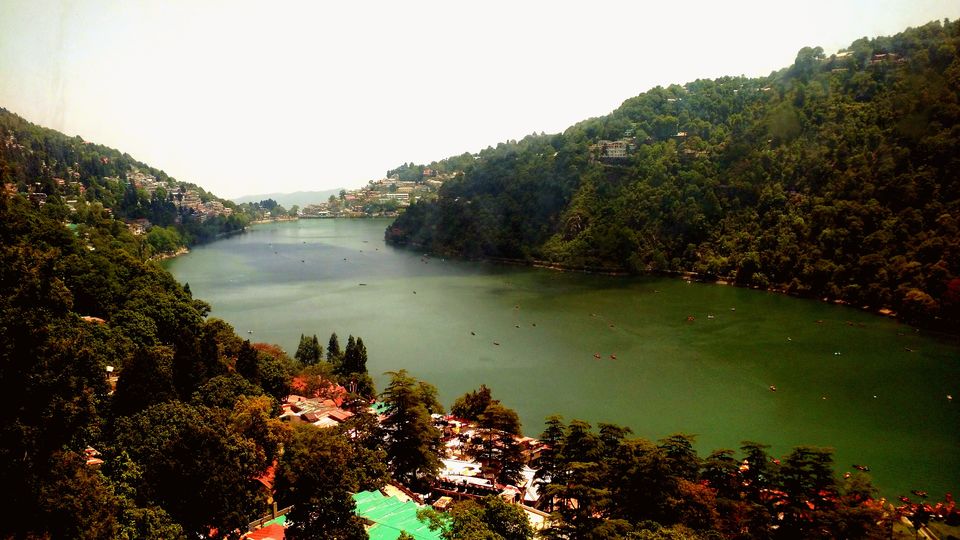 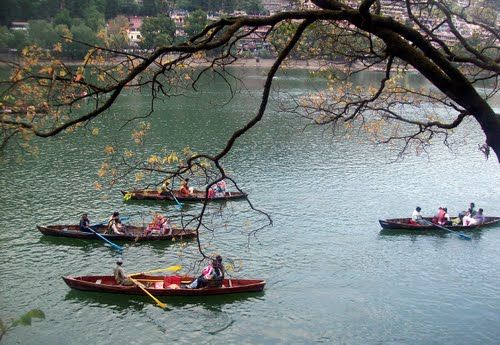