Why Should Boys Have All the Fun: Ladies@Uttarakha 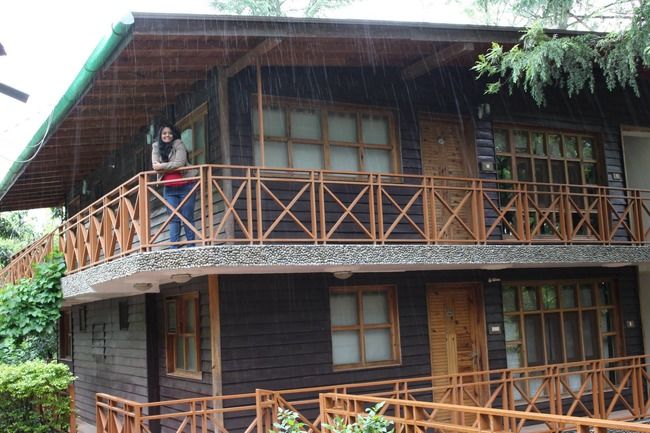 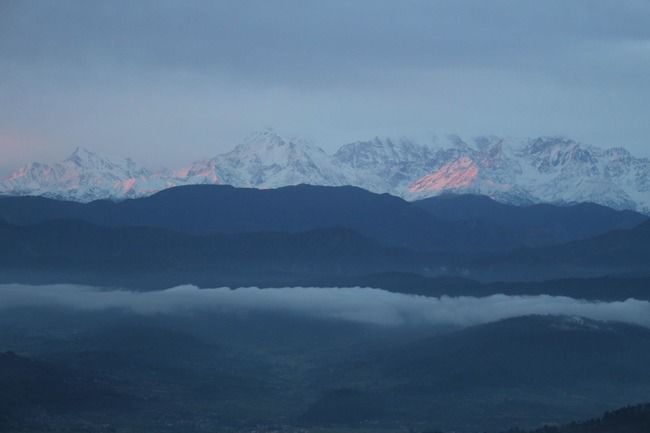 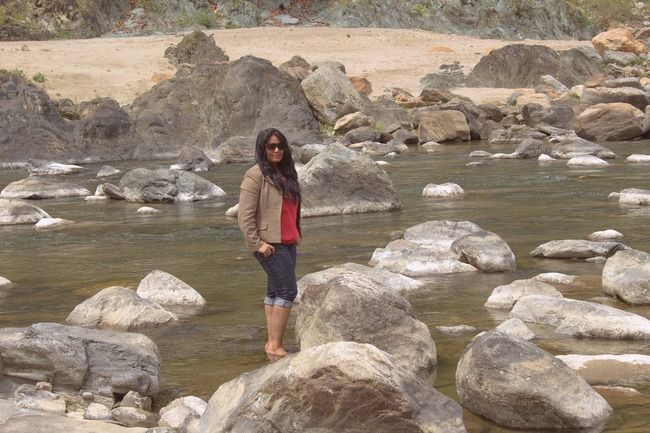 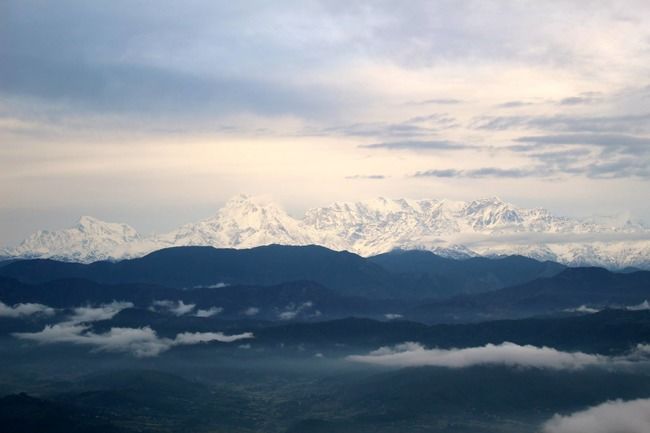 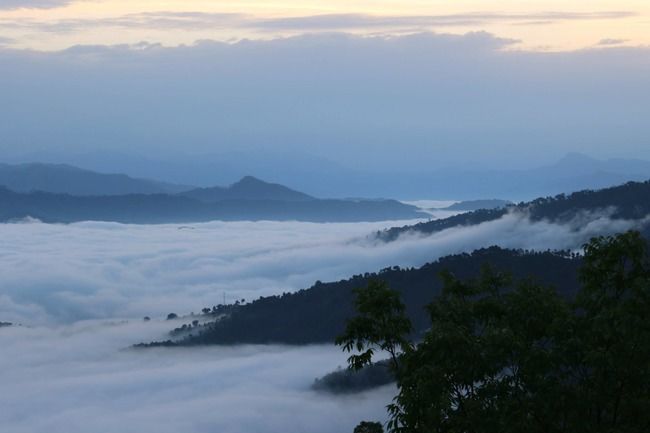 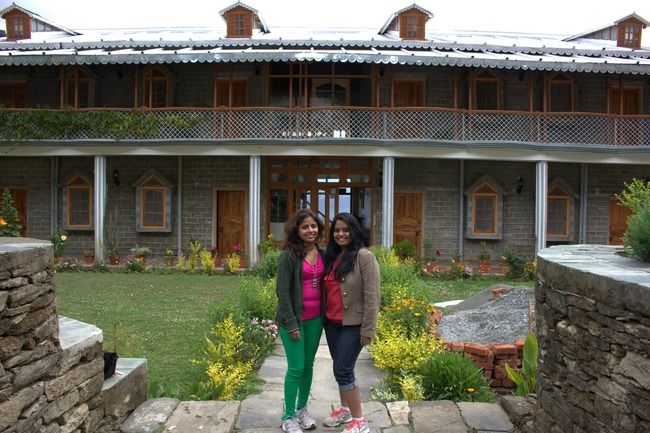 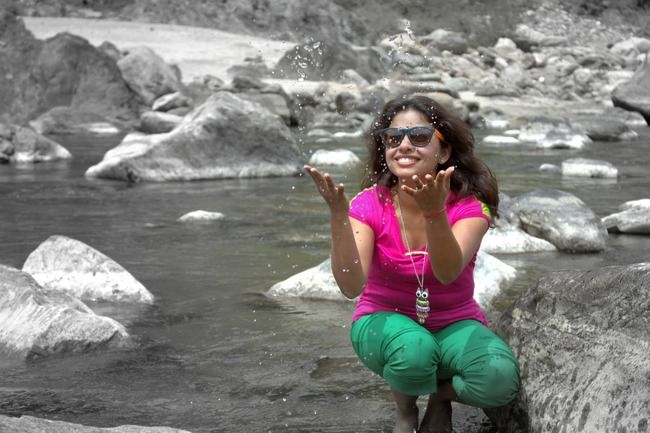 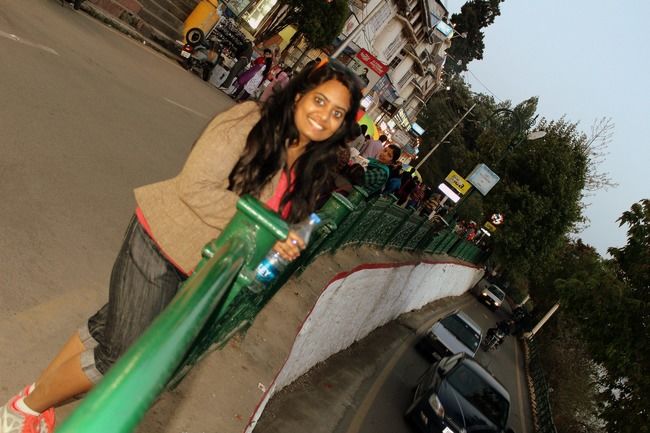 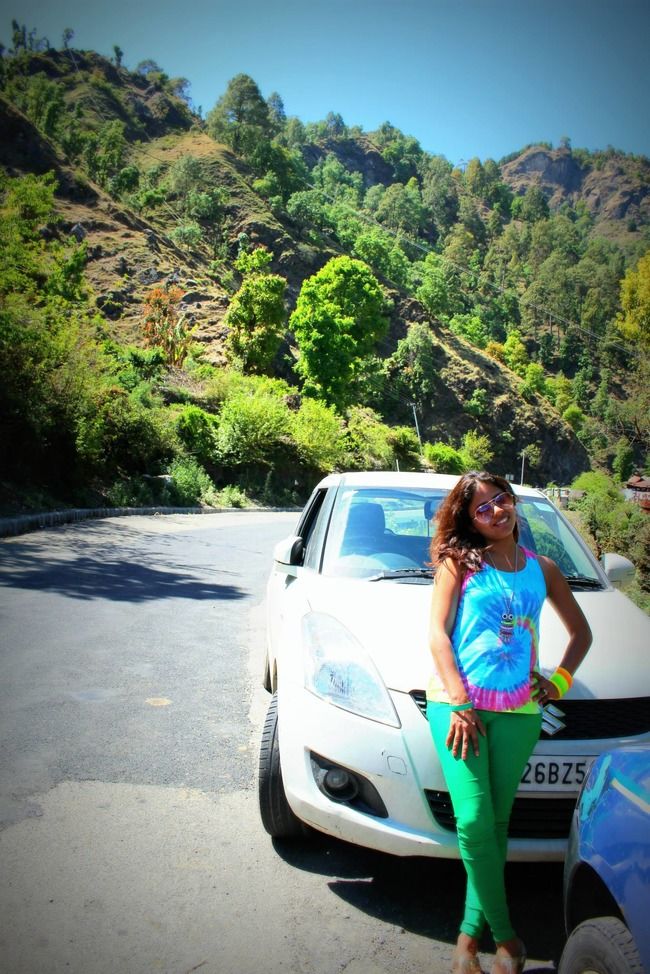 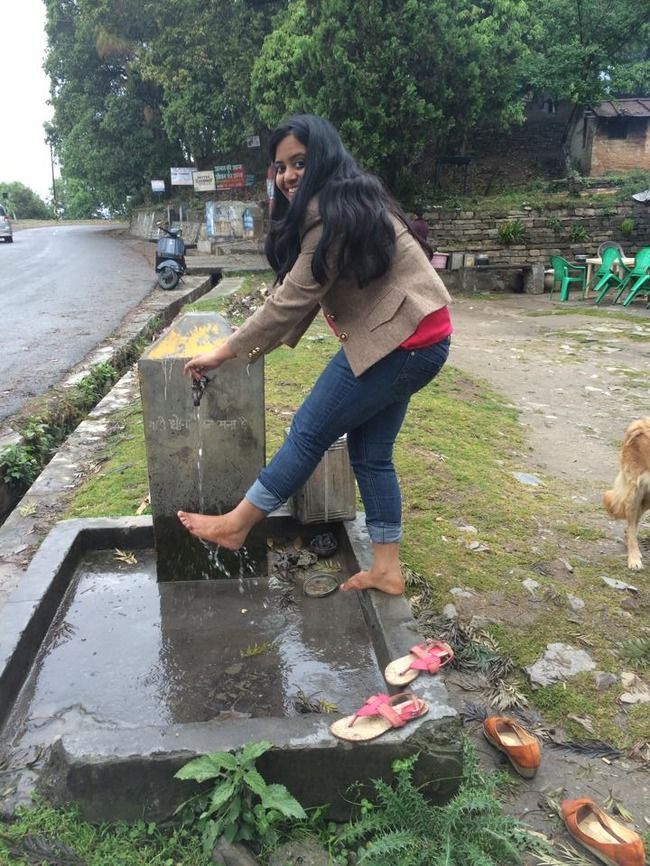 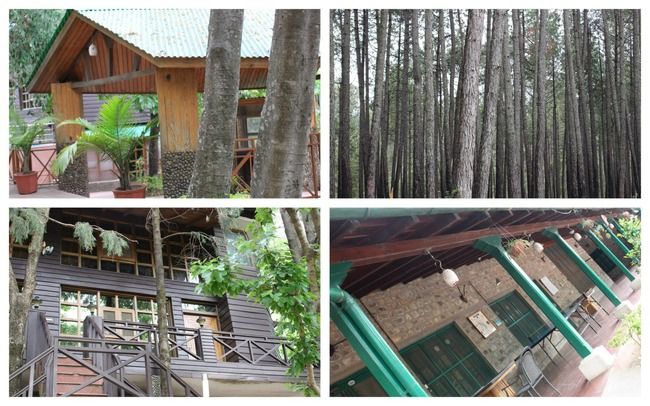 We had been planning this trip for a while with our gang of friends of course. But as it turns out we got ditched near the last moment by our male partners and were left disappointed and dejected. Well, being the generation that we are, we really wanted to ditch that Indian thought process "do ladkiyan, akele??". I had driven my car independently for stretches as long as 200 km and I had driven with a driving partner from Gurgaon to Udaipur (750km), so I was pretty confident that we can cover some place by car, a road trip; even if we had missed out on booking train, bus or flight tickets. So, here started our search for the best of the hilly places with the most exotic of the views that two girls can cover by car while only one of us would be driving :) our last trip was to Himachal, and also Himachal being a little far away to drive to, we zeroed in on Uttrakhand. We had been to Jim Corbett last year together, so we knew the route and we finalized upon extending our reach to in and around Nainital. It took us four hours to browse through all the available resort options and going by my friend's negotiation skills we made it at just the right prices in just the right time. Packing another couple hours, 4 hours sleep probably and 5 AM we headed off to our destination in my Swift ZDI.

The Adventurous Drive to Bhimtal - Day 1

To our delight, it was the day of 1st round of UP elections :) we had to take couple of detours starting Moradabad and then all thanks to Google maps, we certainly followed the shortest distance but in a hell lot of longer time. Google took us off the national highway which was supposed to connect Moradabad with Rampur. There was practically no road for 30kms between Moradabad and Rampur on this shortest route, the car not going above second gear, and temperature not going below 40. Yes it was that first lucky day of summers when the temperature in North India had just soared to 40. and because we were off the highway we obviously did not encounter any decent place for "two girls" to get down and eat. We were starving as our stocks of chips and biscuits were already in our stomachs and our cool drinks ;-) were no more cool enough to quench our thirst. And then just when we hit the foothills in Uttarakhand, everything changed, trust me including the weather. Clouds, light rains, no heat, no sign of sun anywhere, light cool breeze is what greeted us when we started our climb uphill to Nainital. I need to mention here that my friend being from Maharashtra had not traveled on Himalayan hills leave alone driven, and just JUST leave alone driven with female driver! Well frankly I was driving on hills of this steepness for the first time myself but going by the quality of car and my driving I was confident of making it through. It was a thrilling experience for me and a dreaded experience for Sonali. I loved every moment of the drive and thanks to Uttarakhand government, the road on these hills was impeccably smooth.

And so we made it to Nainital at 3 PM, we still had 30km more to cover as our first booking was at Mountain Club resort Bhimtal. We stopped on our way at a small thela for pet puja and admired the supply chain of maggi :) Mountain Club is a resort with the most apt of locations if you are going in a group be it family or friends. They have sufficiently large rooms and clean bathrooms, beautifully built or was it the rains (check out in the pics attached), ample space for indoor and outdoor games (we spent a lot of time in the evening playing badminton). It was amidst a jungle so as far as you can see, you will see just trees. Morning stroll in the area is highly recommended. It gives a good top view of Bhimtal lake which is unfortunately not maintained by the authorities. The only caution being you need to drive up for 3.5 km almost uphill without a road to reach this resort and that too a really steep and narrow route.

Travel to Kausani via Ranikhet - Day 2

Our plan was to travel to Kausani the next day via Ranikhet. So, we booked a cab. After much negotiation he charged us around 4000 rupees for the round trip for 2 days. Unfortunately it was thunderstorm the day we were to leave for Kausani, but we still left as soon as rains minimized. And trust me we were to realize in a matter of 5 hours that this was probably the best decision we made after much reluctance on this trip.

Ranikhet was beautified by the weather, but trust me its just plain and simple "boring". You can probably stop at couple of places for capturing some good shots and that’s it.

We proceeded to Kausani traveling through the clouds and getting crazy with the experience, not knowing what awaited us at Kausani. Well frankly we did read about Kausani when we added it to our plan. We read that you get view of Himalayas from there and we kept wondering what are the mountains in Nainital and Bhimtal then if not Himalayas. The moment our cab entered Kausani and our driver said "mam, please see on your left - the Himalayas", it took out breath away. We could see snow clad peaks of the tall Himalayas standing high and strong right in front of us. I have traveled to numerous hill stations in north India before but I have never had this view before. It was THE wow moment of this trip. To our surprise Kaunsani Best Inn, the hotel where we had made our booking had the balcony of all rooms facing the Himalayas and it was just at the right height to get a clear view of Himalayas as well as the valley. We had also read that people go to Kausani for sunrise and sunset. What we imagined was far BEHIND from reality. We imagined sun coming from behind two mountains..huh..ridiculous you would think if you have been to Kausani and seen the spectacle with your own eyes. The moment we reached hotel, the sun was setting with sky turned orange and red orange light falling on the white mountains. We stood there..speechless...for I don’t know how long but I know till it was completely dark.

We basically see the Panchachuli Himalayan range from Kausani which is a group of 5 Himalayan peaks. Two tallest ones being Trishul and Nanda Devi.

We were told to put an alarm for 5AM as that’s the time for sunrise and now we had high expectations from sun rise; but of course we did not expect what we saw when we got up at 5 the next morning. It was sea of clouds in front of us covering the distance between Kausani (do check out the pic) and Himalayas surrounded by green and white mountain peaks. We were standing right above this sea of clouds waiting for the sun to give us a glimpse, for the sky to turn orange once again. Unfortunately for us, black clouds shielded the sun and we missed our opportunity of seeing the sun rise through the beautiful Himalayas. When the sun actually rose after the clouds parted, we learnt that cloudy weather is actually good for you to have a good view of the Himalayas because most of the clouds are at a lower height than Kausani. Due to refraction of sun light from snow clad mountains you actually see nothing when sun comes up full fledged.

Kausani best inn had very friendly staff, nice place but with not so nice food. They give you options but lack the taste and lack milk for tea and coffee. So if you happen to be big tea coffee fan its advisable to buy your own milk packet from near by grocery shops.

We started back to Bhimtal through Almora now. On the way stopped by a river (check out some pics) and took some great memorable shots of this trip. We picked our car from Bhimtal and drove back to Nainital. We enjoyed our evening boating, shopping and eating lots of street food. We had a hard time finding booking at a decent hotel in Nainital, but we managed it with Mountain Club owner's hotel at almost the outskirts of Nainital. The hotel is called Alpine Club Resort run by a female manager who turned out to be quite unfriendly. Pathetic food and even more pathetic room service. Not recommended for stay anytime. We left the hotel in the morning and headed back to Nainital. We had 3 hours for some more adventure before we headed back to Gurgaon. We wanted to do cable car but we would have ended up late for our journey back so instead we opted for cab ride for Himalaya Darshan. That’s because people advised us that Nainital gives a farther but wider view of Himalayas. Moral of this cab ride was Don’t trust them, because either they are just marketing Nainital or have never been to Kausani. They charged us 600 bucks for the to and fro ride which was lasted a total of 30 mins including our stay the sight seeing point. Waste of money and time.

A Happy Return to Gurgaon - Day 4

Nonetheless, we were too happy, content and amazed by the view we had at Kausani and considering it a successful 4 day trip after all we headed back to Gurgaon, this time following the right highways, and not going by Google Maps suggestions. We entered Hapur at just the wrong time, had to go through long traffic jams before we made it to Gurgaon in 8 hours.

What we learnt from the trip:

Although you may also try Chevron Eco Lodge but its at lower height. Advantage is they have huge garden, so if you have kids you can spend time more comfortably there.