In and Around Melbourne

Touched down on the first day all groggy, but had to wait for the room which could only be ready at 2pm so we decided to take a stroll down to the famous Queen Victoria market for lunch (which we returned back on our last day to get more goodies). We stayed at Ibis hotel on Little Burke street, which was pretty cosy and public transport was readily available in the vicinity ♥ I took some film pictures (the first time playing around with my SLR) .What I absolutely adore when I head overseas is that you can actually see the sky horizons, painting such a picturesque landscape 360 degrees round which is such a delight to both the eyes and the soul. It's such a refreshing change from the cluttered high-rise buildings and skyscrapers in Singapore (even though I can't deny that the night skyline in the Central Business District is tremendously gorgeous).
Leaving our luggage behind with the Concierge, we cut through the Central park area which turned out pretty cold despite the merciless sun. Ironically, I think I got a sunburn on the way there, and a cold on the way back. The temperatures aren't so bad in the day, unless of course a cold draft comes along because the wind is very icy.
Visiting places not just in Melbourne but also in its vicinity made the trip all the more memorable.

Overall, it was a good trip, albeit the cold although visiting in Spring or Summer would be tons better. The city's very easy to orientate yourself in, and the culture is very cosmopolitan so we had a mixture of cuisines during our trip (spotted a lot of small Japanese joints frequently hehe), it's the countryside that needs more brain work getting around - but the bus day trips at Federation square are a godsend so you might want to check them out :) Goodbye Melbourne, till we meet again!

Greeted by glorious fruit, handicraft and busking street opera singers (What a dream) belting out classics like Phantom of the Opera pieces was reinvigorating, especially since we were tired out from the flight there. With the large variety of delicacies and handicraft, Queen Victoria market reminded me of London's Borough market, except that the latter has more upmarket gourmet cuisine. If you want to know, the Market stalls are open everyday, other than Mondays and Wednesdays :) (During the summer months, a night market filled with live entertainment, bars and dining and such can be found on Wednesday evenings) We made a lunch pit stop for cheesy tortellini and smoked chicken sandwiches. Of all choices, my sister had to settle for prata...Asian cuisine is slightly more expensive there so I suggest you settle for local food if you ever visit. 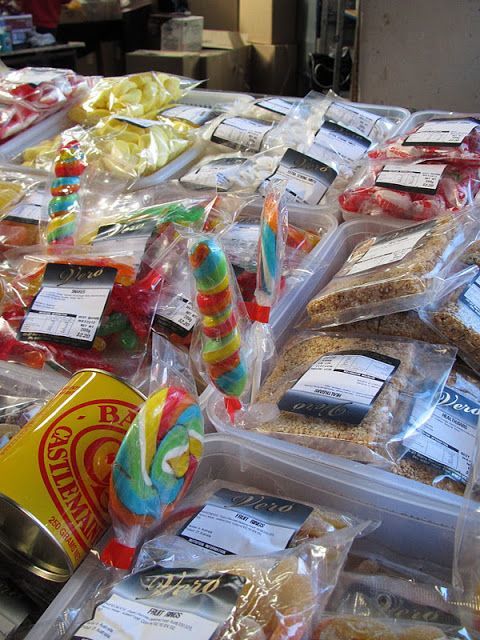 We travelled down to Federation square the very next morning. Even though the temperatures reported comfortable levels of about 12 degrees, it was awfully cold in the morning (think icy cold gush) so we marched out in our winter overalls. The mist that shrouded the town that morning was hauntingly beautiful, as if the scene came out from a film set. While it was slightly tormenting to sacrifice my gloves for these shots, they were worth it. Federation Square has been international recognized for its award-winning architectural design since 2002, serving as a cultural and entertainment precinct which lies in the heart of Melbourne, there are an array of eateries and shops along the parameters for both locals and tourist alike. We also managed to bag some souvenirs in the gift shops around the area (not exactly the cheapest, but uniquely Aussie for sure) It's a very tourist friendly area, and if you ever lose your way or require any assistance or map, the Melbourne Visitor center is located at the corner Swanston and Flinders streets, opposite Flinders Street Station. I left my pair of gloves there and had to walk all the way back, thank goodness it was kept safe! You can also checkout ACMI (Australian Centre for the Moving Image) as they have occasional film festivals and exhibitions that may be worth the buck. They recently featured Woody Allen and Jazz on Film! While we were sitting on the amphitheater-shaped steps, we were entertained by a stand-up comedian who was busking around the area with the help of his crew. A crowd naturally formed, and I really love the light-heartedness of busking in the vicinity - the zest for which cannot be compared to the busking scene in Singapore so it was indeed a refreshing change of culture! We had a complimentary APT (Australia Pacific Touring) day tour to catch (to familiarize ourselves with the outskirts of the city), so we headed down to the other end of Federation square - most of Melbourne's tours depart daily from R 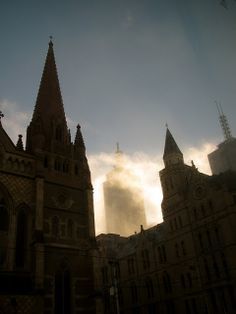 Located direct south of Yarra River, Southbank is one of the inner suburbs of Melbourne, and you can catch the beautiful skyline and Princes bridge very well from Federation wharf on the opposite side of the Yarra River. It also holds one of the primary Business centers in Melbourne, with skyscrapers and office buildings and entertainment establishments such as the Crown Casino. In the midst of all these hustle and bustle, Australia's tallest tower (Eureka tower) stands. However, just like how Singapore has a green belt even in the Central Business District, Southbank has preserved many significant heritage buildings and Arts precinct on the eastern end and along St. Kilda Road. These include Victorian Arts Centre and National Gallery of Victoria. By a stroke of luck, we found out about the Sunday Art and Craft market which occurs on the promenade at the Arts Centre. Home to many freelance buskers and pavement chalk artists, which are such a joy to watch, they bring together over 80 of Victoria's finest artisans. This happens every Sunday, from 10am to 4pm. The Arts Centre Melbourne Lawn will be filled with market stalls, selling handmade goods from art pieces to homemade enticing delicacies and even freshly baked goods! Dined at Phone De Bortoli Winery and Restaurant before travelling down to Healesville Wildlife Sanctuary - a cosy place with all the llamas (seriously the cutest ever), kangaroos, wombats and other wildlife 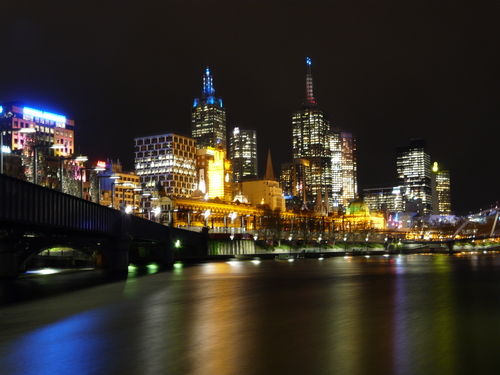 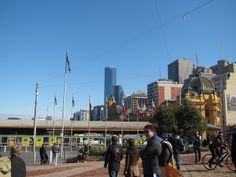 Healesville Wildlife Sanctuary was a cosy place with all the llamas (seriously the cutest ever), kangaroos, wombats and other wildlife. I simply adore the glorious countryside and the sunshine that envelops it, albeit the inaccessibility it really was very rejuvenating for soul - as you stand there in wide-eyed awe of His creations. The skies were relatively clear that day, and it's really fortunate to be able to see the horizon 360 degrees round :) 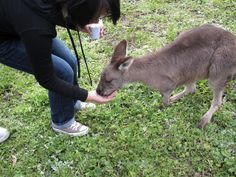 Continued from Part III here, we headed to the Great Ocean Road, home to the Twelve Apostles and the famous Bells beach which I finally got to soak in the natural beauty of ♥ We also passed by coastal townships of Torquay and Lorne where most of the surfers retreat to during summer (It was winter then so it was pretty dormant) Throughout the length of the road, there were many fern filled gullies and river inlets that added to the pleasure of the scenic coastal drives! It was a pretty long drive though, and the road really got terribly windy halfway so it can be rather nauseous-inducing after a while. Sweets and music on board certainly help. We also made stops at passing towering limestone cliffs, and white beaches basking in the morning sun. And of course, witnessing the Twelve apostles from the boardwalk while the remaining 7 are still standing strong in the Southern ocean. Lunched at a small town @ Apollo bay hotel to escape from the cold! 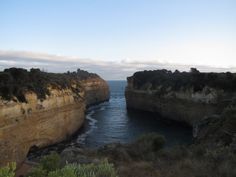 The world famous Bells Beach didn't disappoint either - home to the World surfing championships, the scenery was really breathtaking - for the lack of a better word. The draft was freezing though (can't really tell from the pictures but yeah it was mad cold). Port Campbell was nearby, which was a charming fishing village and a summer holiday resort where a tragic history of ships wrecked along the rugged coast took place, can't remember the details. Crossed the West Gate bridge back to Melbourne city by evening. 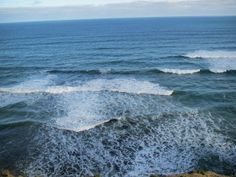 Philip island was a long drive from the bus we boarded from Federation square in the heart of the city. We also spotted wallabies hopping about along the way in the plains! Philip island is the coastal home to many little penguins (the world's smallest penguins) where each night at sunset, they return ashore after a day of fishing. It was really amazing to have witnessed this magical procession at Summerland beach, even though photography was banned. But I couldn't resist not sneaking a few of shots of the rainbow gradient sky, which isn't very apparent in the picture because I hesitated and the sun was setting. Photography is banned because the light caused by flashes blinds the penguins for life, although some tourists still go ahead and take their selfish flash shots which is very unfortunate. Made our way down to one of the park ranges early morning to have breakfast, and where I had the best marmite crackers ever....and where mumsie fed canaries with some bird food provided at the side. They're really intuitive! Pitstop at a wine vineyard, and had an expensive Italian meal because there was no other restaurant in plain sight (and we were hungry), the pasta was good at least! Pelicans are such mesmerizing yet awkward looking creatures, which makes them really beautiful. They don't smell very nice though, and I was almost certain they were gonna bite me after my snaps so I scurried away. 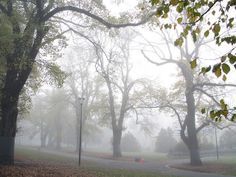 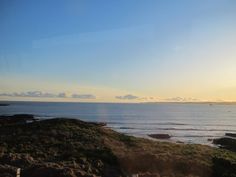 On the last day, we decided to head up the Eureka tower aka Skydeck88, a 297.3 metre skyscraper in the Southbank precinct of Melbourne. It's the 10th tallest residential building in the world, and the highest public vantage point in a building in the Southern hemipshere. The view wasn't fantastic, but it did give us a glimpse of the landmarks we have been visiting in the past week.....the outside portion of the viewing platform was freezing though. 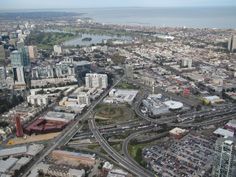