A 24-HOUR GUIDE TO KOLKATA 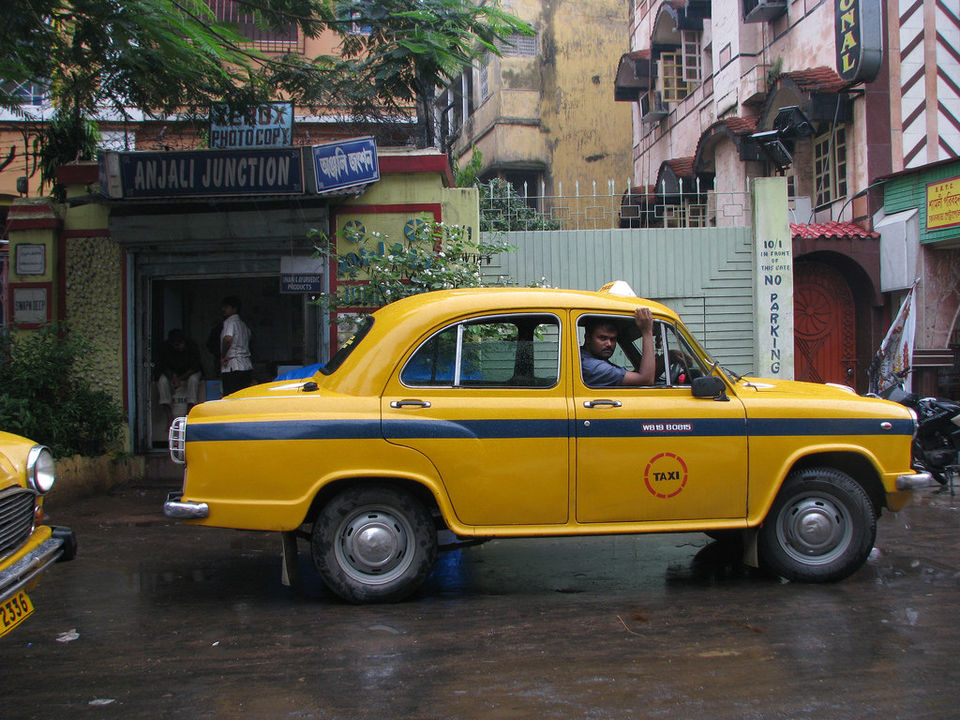 The city of Kolkata, once the capital of India during the Raj, is a charming concoction of the West and the East. Settled on the banks of the Hooghly River, a distributary of the Ganges, Kolkata is the largest metropolis in eastern India and is also known as the cultural capital of the country. The “City of Joy” has been a home to the likes of Tagore and Mother Theresa, to Amartya Sen and Leander Paes. The longstanding British architecture combined with the resplendence of Bengali heritage, food, and people definitely make this a city you have to experience at least once in your lifetime!

With a day in hand, you can definitely get to experience the best of what Kolkata has on offer!

Getting in and around:

Like the city itself, Kolkata has a variety of newer mass rapid transport options, as well as older modes of transport. The city is connected to the rest of India by National Highways and railway networks (Howrah and Sealdah being the two main stations). The Netaji Subhash Chandra Bose International Airport operates both domestic and international flights.

For traveling around the city, you can use the Kolkata Metro (fun fact: Kolkata was the first city in South Asia to have an underground railway network), government-run buses, the famous yellow Ambassador taxis (running by meter), auto-rickshaws, human-pulled rickshaws, cycle-rickshaws, water ferries, and the tram (the only city in India to have a running tram system).

Situated on Park Street; this 90-year-old tearoom and pastry shop is an institution in Kolkata, once regarded as the finest places to dine in Calcutta in its prime. No matter how many hip, new eateries pop up around the city; Flurys will always be an all-time favourite owing to its legacy spanning five generations. Their English Breakfast for Rs. 670 includes crispy bacon, two grilled chicken sausages, two fried eggs, one grilled tomato, two hash browns and a bowl of baked beans, served with bread/toast and butter and a choice of juice, tea or coffee. A variety of other breakfast items, baked goods, sandwiches, and of course a large selection of delectable desserts; will make sure that this breakfast will definitely be a plentiful one. If you order à la carte, a breakfast here will cost you approximately Rs. 800 per person. The grand doors of Flurys open at 7:30 am every day.

“A building… to which every newcomer in Calcutta will turn”

Those were the words of Lord Curzon who, in 1901, proposed the construction of this grand monument to be a memorial for Queen Victoria. To get here from Flurys, take a taxi which will cost you somewhere around Rs. 50. Alternatively, you can walk to Park Street metro station and take a southbound train to Rabindra Sadan, which will cost you Rs. 5 per ticket, from where the monument is a 10-minute walk. This stately structure made of white Makrana marble stands strong, glowing in the Calcutta sun. Not only will the monument leave you staring at it in awe, but the 64-acre gardens with statues and ponds that sprawl around it will make you feel like a royal yourself. Currently, the monument houses a museum with two sections. One is dedicated to the paintings of the royal family, while the other showcases the history of Calcutta. You can visit the Victoria Memorial from 10:00 am to 5:00 pm on every day but Monday, by paying an entry fee of Rs. 30 for Indians and Rs. 500 for foreign tourists.

Exit from the East Gate, across the beautiful St. Paul’s Cathedral which is also a lovely sight.

Almost 150 years old, the spirit of this street shopping area sure puts the New in the name!

From the East exit of the Memorial, a taxi costing about Rs. 50 should drop you right opposite the street that leads you to the market. From here, it’s just you against the 2000 stores in the actual market structure, not to mention the shops in the streets surrounding it. If you’re confident in your bargaining; you can get anything from food items like poultry, meat, fish, spices, cheese, fruits and vegetables, to clothing and accessories, crockery, souvenirs, to exotic flowers; all for a good price. A quick round of the place would take you about 30 minutes, if you don’t test your haggling skills at every single store!

The birthplace of the humble kathi roll.

The kathi roll is a simple, tasty food item that you find all across the country, that basically consists of a paratha/roti bread wrapped around a filling. While there have been many variations of the same, the genesis of this roll took place at the rustic Nizam’s Restaurant near New Market, right here in Kolkata. Anyone should direct you to it! You can get the traditional chicken or mutton kathi roll, or even paneer or egg rolls. Apart from the main attraction, the place serves up some sinful Mughlai cuisine such as mutton roghan josh, chicken and mutton curries, and biryani, amongst others. A hearty lunch here should cost you roughly Rs. 500 for two!

Jorasanko Thakur Bari is where Rabindranath Tagore was born, spent most of his childhood, and where he breathed his last. The ancestral home is now the Rabindra Bharati University as well as the Tagore Museum. The museum displays the way in which the Tagores lived, gives a detailed history about the family and its involvement in the Bengal Renaissance, and is specially dedicated to the life and works of Rabindranath Tagore. The students of the University act as guides, whose services you can avail for free. The entry fee to the museum is a nominal Rs. 20, opening hours are from 10:30 am to 4:30 pm, being closed on Mondays. Try and complete your visit here in an hour, at around 2:15 pm, to stay on track!

Walk to Girish Park metro station and take a southbound train to Maidan metro station (ticket: Rs. 5). A 5-minute walk from here will take you to Vardaan Market, outside which a number of stalls line the sidewalk, each selling a different type of typical street food from Kolkata. You can taste the puchka (a different type of paani puri/gol gappa), ghugni chaat, jhaal muri (Calcuttan bhel puri), Victoria pakoda, and top it all off with a refreshing shikanji soda. No dilly-dallying- a quick chaat session, and you should be on your way!

Kolkata from the Hooghly!

Get a taxi from Vadraan Market to Millennium Park, making sure to reach the Vivada Cruise jetty about 15 minutes prior to departure (usually at 4:00 pm) for your Evening Cruise on the Hooghly! The roofed deck of the M.V. Millennium is where you will first be served a welcome drink, as the vessel starts to make its way upstream. You will get to see a different perspective of the famous Howrah Bridge, as you sail under it, watching the city of Kolkata go by on either side with its ghaats and temples. The cool breeze will calm your senses, while the sky turning into shades of red, orange and vermillion; as the sun sets on the western bank. You will then be served some pakodas, jhaal muri, and tea/coffee. Just before sunset, the ship will dock at the Belur Math Ferry Ghat. From there, the host will lead you on a 5-minute walk to the Belur Math, which is the headquarters of the Ramakrishna Mission founded by Swami Vivekanand.

The campus consists of temples, lawns, as well as a museum. The Sri Ramakrishna Temple is at the centre of this complex, and combines the architecture of a temple, a mosque and a church, if seen from different angles. This is a symbol of the Ramakrishna Mission’s belief of “universal faith”. Post sunset, you make your way back to the ship, and are served an assortment of snacks. The voyage back to Millennium Park gives you gorgeous views of the city from the river, by night. The Howrah Bridge in all its illuminated glory welcomes you back to the shore, at around 7:00 pm. This experience will cost you Rs. 1000 per passenger (adult) and Rs. 500 per passenger (aged 3-8 years). A delightful way to spend your evening! You can sit at Millennium Park for a while, taking in the cool breeze.

Located in the Peerless Inn Hotel in the New Market Area; Aaheli is a beautifully adorned Bengali restaurant that requires you to arrive with an appetite, and a couple of bucks to spare. With its high ceilings and walls lined with paintings, this place is a true Bengali banquet. While you can order off the à la carte menu, we suggest that you try one of the thaalis. The vegetarian “Aahelir Mahotsab” thaali will cost you Rs. 1225. The rest of the thaalis are non-vegetarian and feature various amounts of non-vegetarian dishes. The complete “Aahelir Bhuribhoj” thaali with vegetarian and non-vegetarian dishes will set you back Rs. 1975. While these seem heavy on the pocket, they are sumptuous meals with more than 7-8 dishes including sweets, rice, pulao, curries, and authentic preparations of fish, prawns, mutton and chicken. The amount of food seems never-ending! There’s no better way to culminate your day in Kolkata!

Even a day in Kolkata will promise to fill you with entertainment, culture, heritage, and delicious food; so head on over to the City of Joy!