Zuluk, the natural abode of peace

Zuluk or Dzuluk is a small hamlet that resides amongst the serene, beautiful landscape of the Eastern Himalayas. At a height of about 9800 ft, this perfectly painted village is still virgin for it is a newly discovered tourist destination and remotely accessed. The natural beauty which Zuluk offers is a treat for one's eyes. With a population of about 750 people, the tranquility of Zuluk is in the air. One can feel the rejuvenating freshness in spite of the chilly wind that travels from the Himalayas.

We decided to have an exotic experience by visiting Zuluk at the end of April. It is a preferable time for visiting the place though I think every season is best season in Zuluk. After reaching the NJP station by train from Kolkata, we hired a car. Collecting our permit from the SDPO Rongli was must before starting. Yes, you need a permit to enter Zuluk as there is an army base camp nearby along with the Indo-China border.

The condition of the road to Zuluk was good enough and well maintained by BRO, but the numerous blind hairpin bends could be belly-twisting for some. Besides, in our case, the weather was extremely foggy, the foggy clouds seemed palpable as they were enveloping us! Nothing could be seen and, one couldn't stay unnerved knowing the fact that there was a cavernous emptiness at one side of the road! One wrong move on the part of the driver and time would stop for us! I still wonder how our driver managed to drive steadily. However, after about 45 minutes the weather got better and we were getting glimpses of the overwhelming beauty on both sides of the road.

It was getting colder and colder as we were gaining altitude and Alpine forests gave way to shrubs and bushes. The road was covered with snow at some places and we were shouting with joy as it was an exquisite sight for us. It took us almost 8 hours to reach the Palazor Home-stay. It is run by a Lepcha family. There is no hotel in Zuluk and this home-stay is the best you can get. This traditional Sikkimese home-stay is nice and cozy, the family looks after the guests very well and serves food hot. They welcomed us with warm refreshing tea and soon we became friendly with them.

Next day, onto the break-up of dawn, we reached the Thambi viewpoint. It was an unforgettable memory for me to watch the sunrise! A kaleidoscope of colours filled the sky. It was heavenly. But due to extreme cold the night before, however, there was no charge in the battery of my camera and to top it, there was a power-cut. It was only later in that day when I was able to charge it.

Now before describing anything else I must discuss the historical importance of Zuluk. It was a part of the Silk Route and used by the traders to reach Lhasa(Tibet).One can still have a view of the Young Husband track, the route Sir Francis Edward Younghusband followed in 1903-04 for his invasion and massacre of Tibet.

The 'Bhulbhulaiya' or the zigzag road is the main attraction nowadays. the picturesque view of the road starting from Zuluk, passing down the lower hills up to Thambi. The weather was fine today and we smoothly moved up on to Lungthung (13200 ft). The area around Lungthung was patrolled and controlled by the Indian Army. We passed through the ammunition camps, bunkers and reached the Baba Harbhajan Mandir. The Indian Army had arranged free tea/coffee for every visitor here. This is a sacred place for the Indian army.

After paying our tribute to Late Baba Harbhajan Singh, we moved toward Kupup.  Mother Nature has decorated the place in her own exquisite manner. A bewildering array of flowers  will give you a feel of Heaven. We couldn't spend much time in Kupup as it started to drizzle. Though the army was already at work to remove the snow still it was difficult enough to drive along. This part is naturally blessed with three beautiful lakes; the Kupup ( Elephant lake), the Mememchuk Lake, and the Tsongmo(Changu) Lake. Kupup is the highest point of our journey (13500 ft) and is also famous for the highest Golf Course, the Yak Golf course.

Our next destination was Tsongmo lake and on our way we caught a glimpse of the beautiful Mememchuk Lake. This part is seldom used by tourists to reach Tsongmo and the condition of the snow-clad road accompanied by a drizzle is enough to raise fear and trepidation in anybody's mind. But one can just not fails to watch the spellbinding scenic beauty all along. After about one hour, we reached the Tsongmo lake, the most famous lake in Sikkim. By now the sky was clear again and the crystal clear blue water enlivened us. there are many tea/coffee stalls here and small restaurants which serve hot momos  and chow mien. After gobbling some fried veg momos, we started our journey back to Zuluk. According to our itinerary, we spent that night in Zuluk.

Next day, we bade a goodbye to Zuluk, the serene, tranquil abode of peace. Zuluk is an ideal serendipitous destination for avid nature lovers. Once you visit this place, you're sure to fall in love with it!! 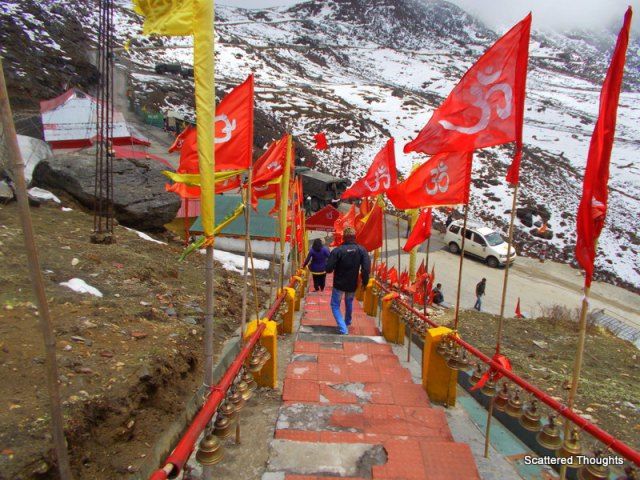 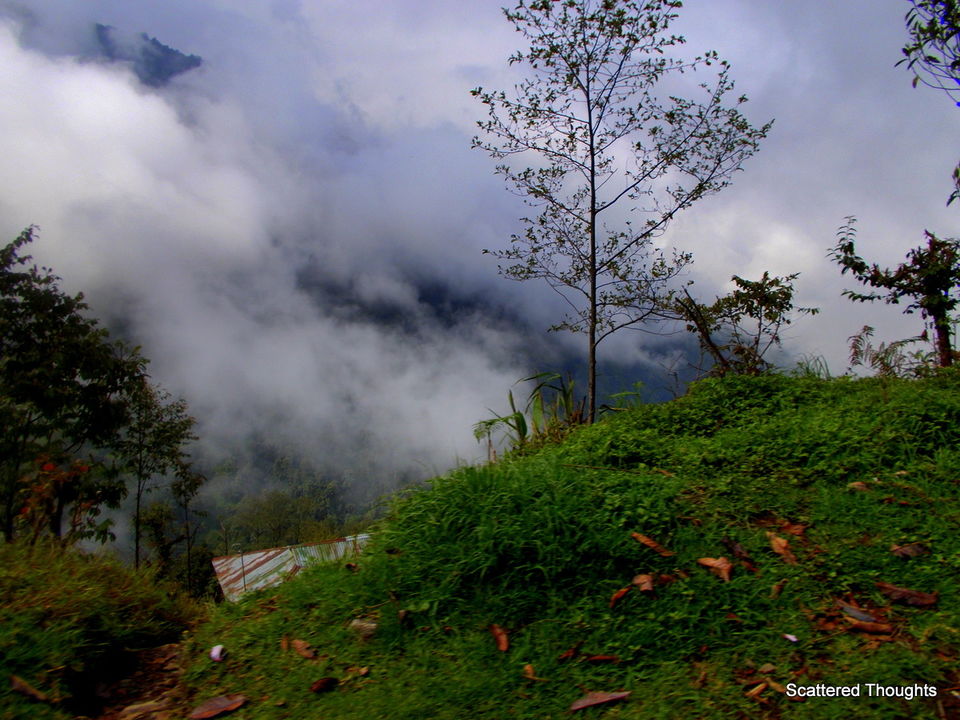 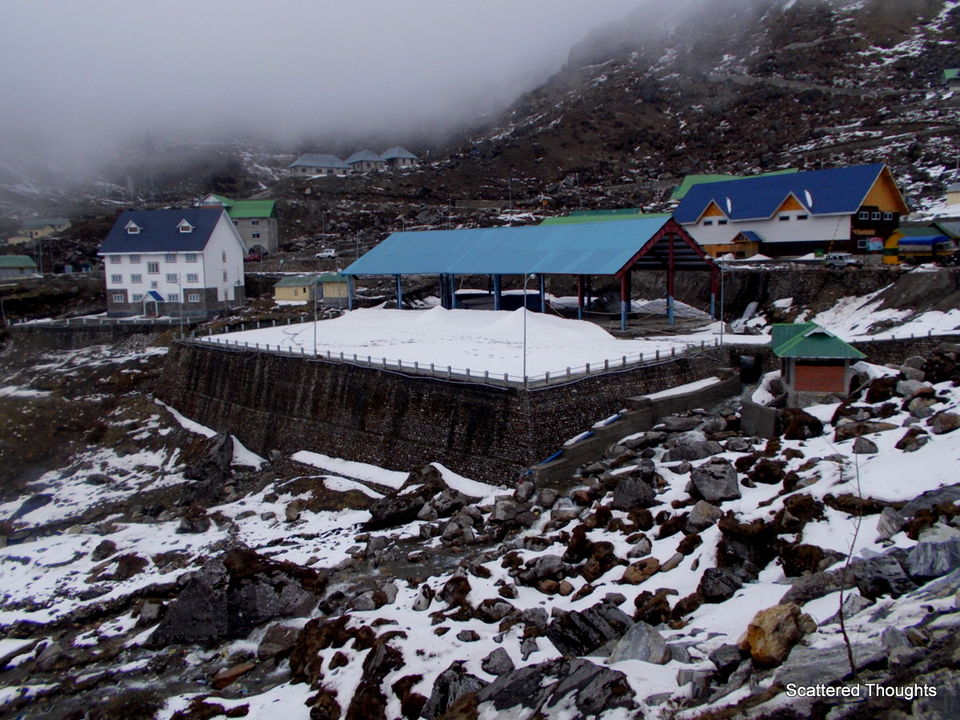 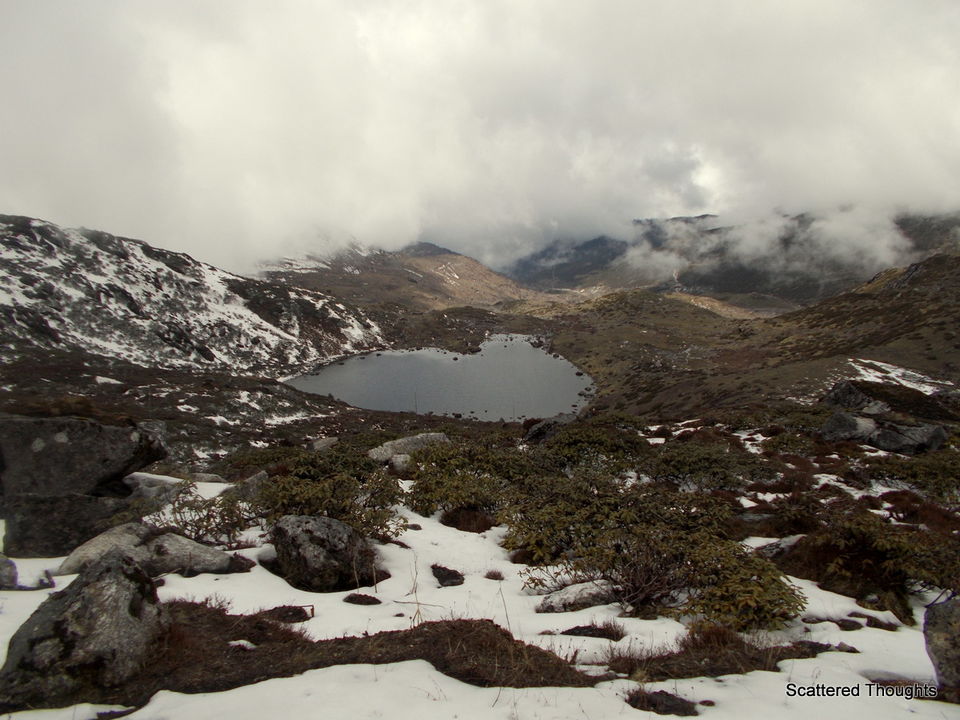 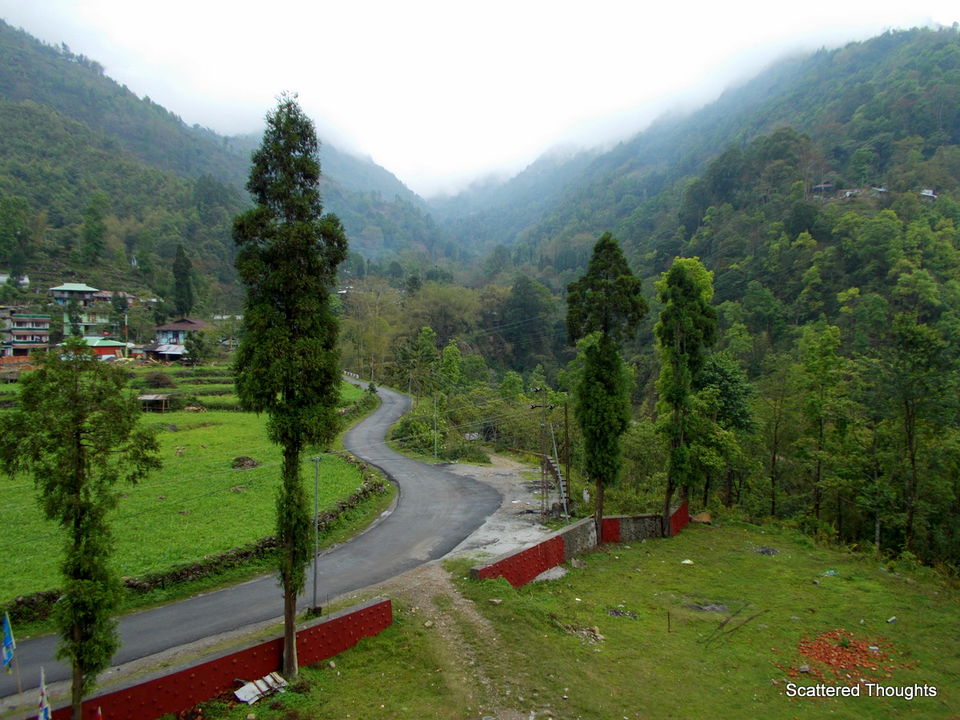 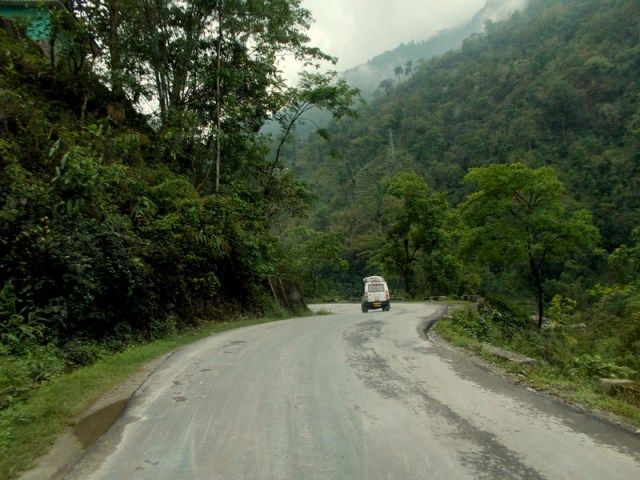 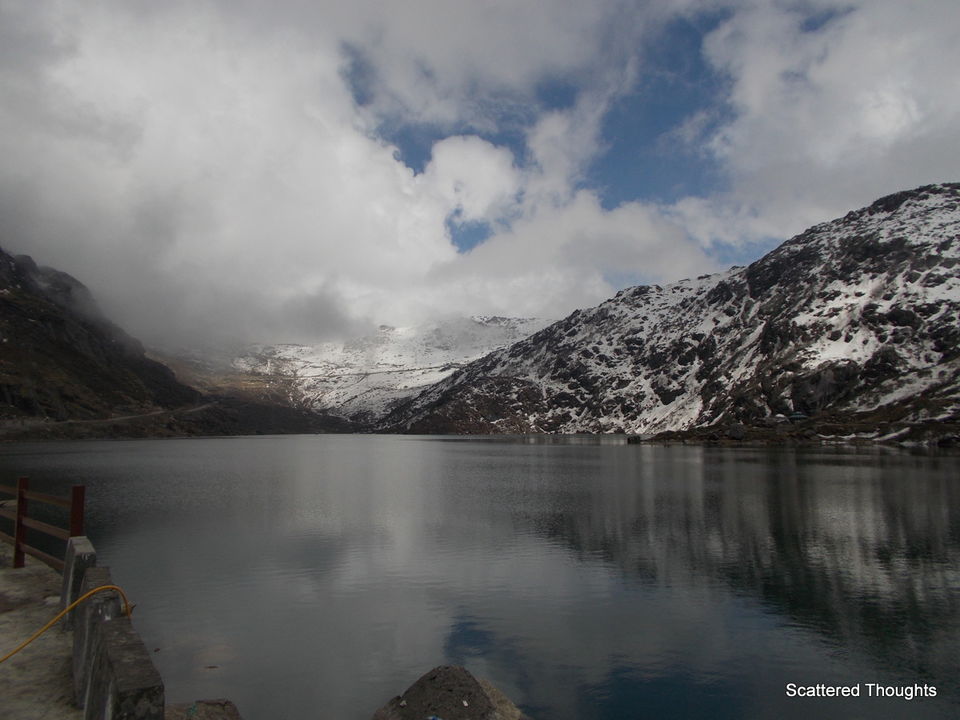 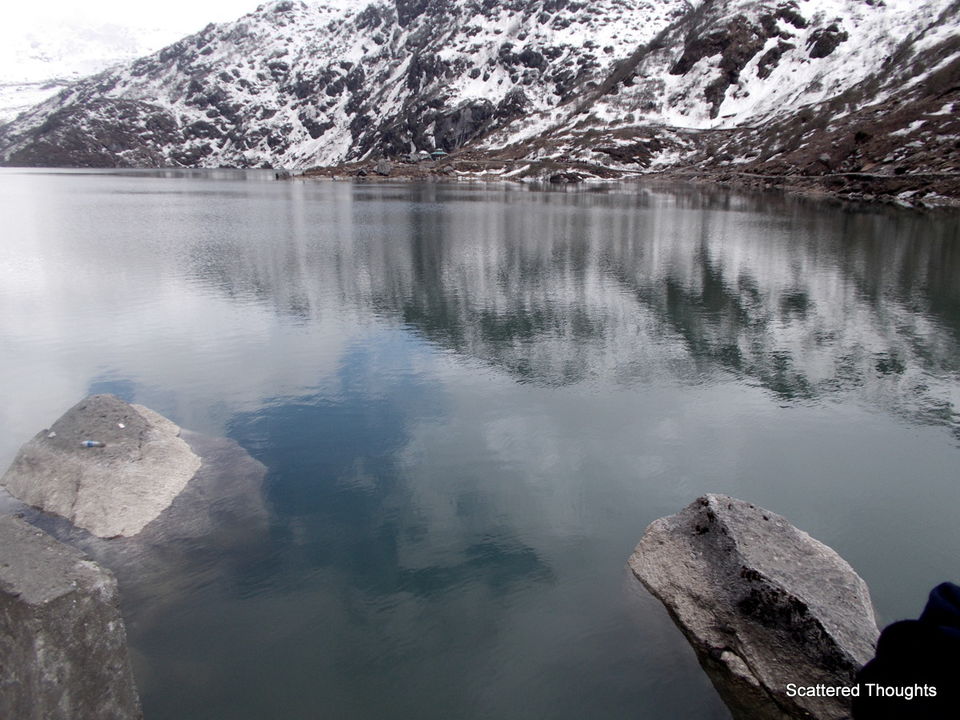 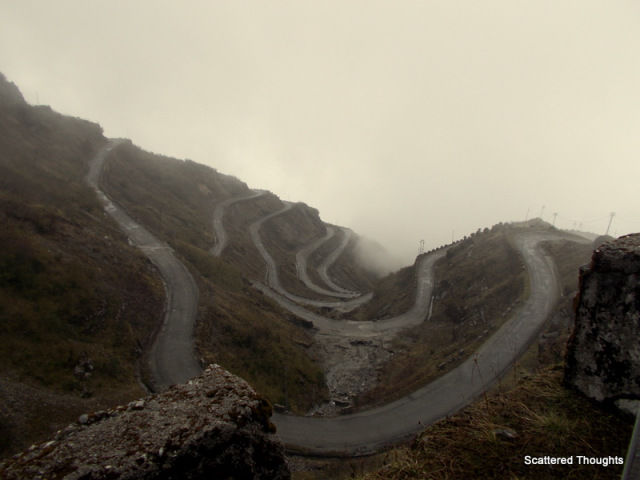 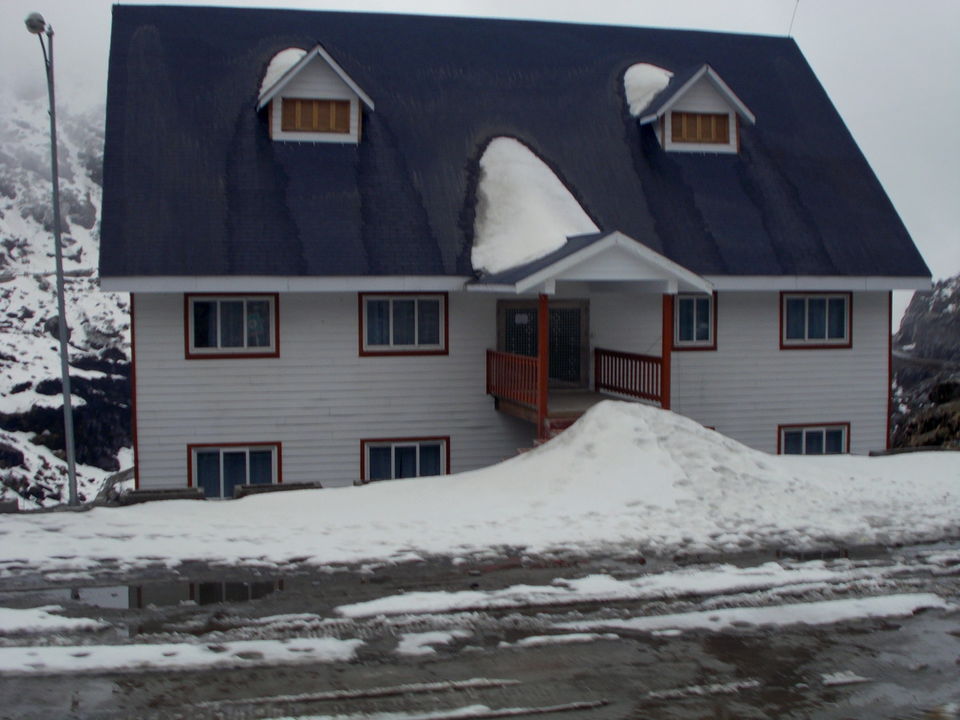 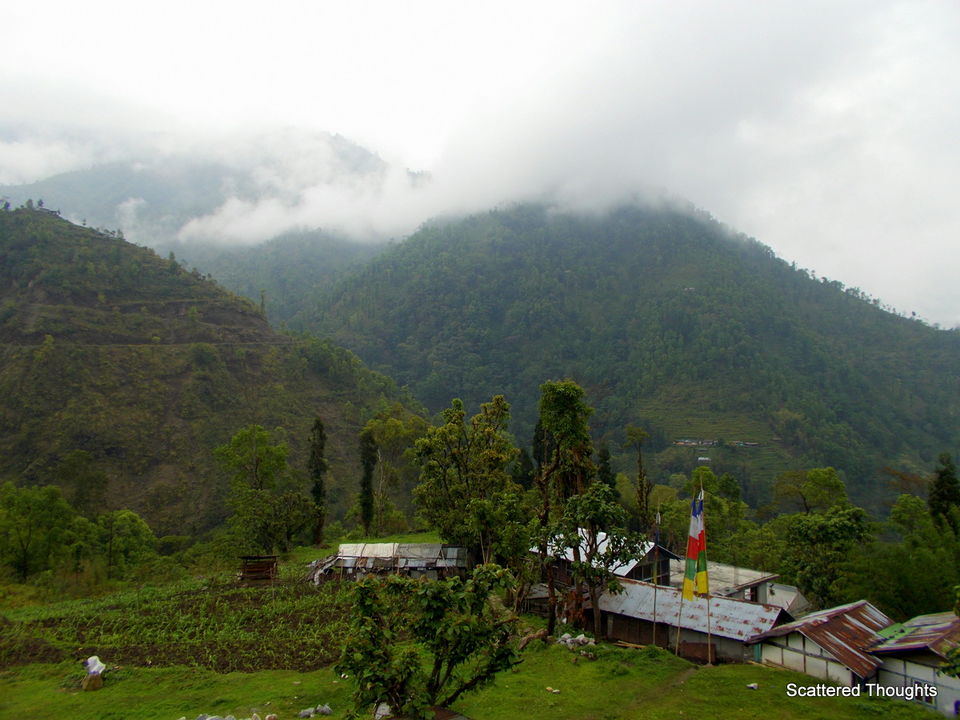 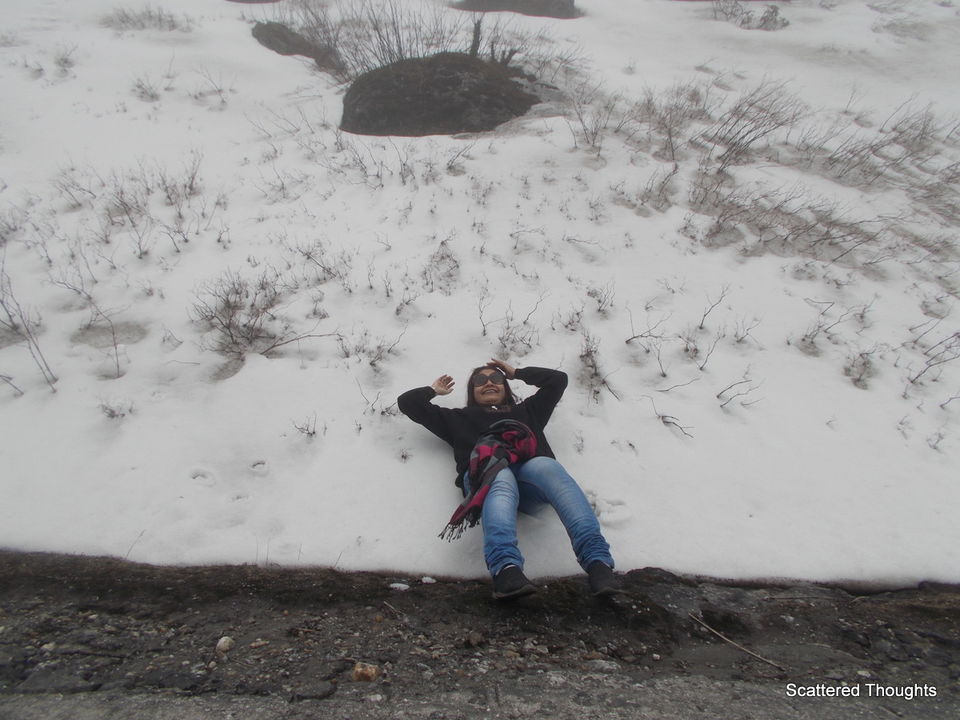 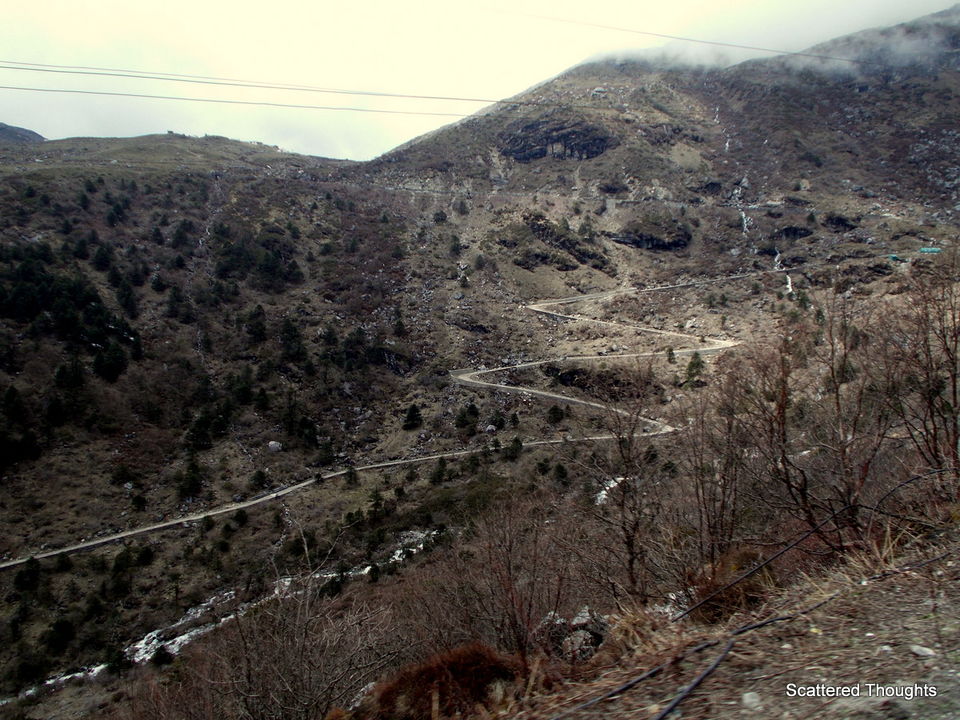