Ajmer sharif Or khwaja garib nawaz doesn't need an introduction, coz Bollywood buffs will know that all the celebrities go there quite often. And it has featured in a lot of movies as well. I had the desire to go their too, but could never plan specifically for it ever, so when I had the opportunity to go to Jaipur last time, I included pushkar in my itinerary and Ajmer sharif by default got included since it is on way to pushkar.

While heading over there, my brother in law told me that there is adhai din ka jhopra somewhere near Ajmer sharif, but it is hidden somewhere and only with a lot of good luck you can find it. It is not on google Maps but it surely exists and that he had himself tried to find it three times before but with no success.
Anyways so Ajmer sharif has got numerous entry gates and while following some google directions we reached the narrow streets leading to the dargah, the streets were so narrow that after a point the car could not go any further so we decided to park it anywhere we could find the parking, so we figured out some open ground nearby and we parked it over there. Coming out of the car we saw some old structure ruins and that was adhai din ka jhopra right there. So indeed we got lucky as per him.

So we entered from gate no 13 and proceeded towards the dargah, it is mandatory to cover your head inside the dargah area so carry a head scarf for sure, I carried my duppata. Also for both the genders clothes of short length are not allowed, so wear something accordingly. My hubby went in shorts and was not allowed to enter the dargah, so after I finished my darshan he tied my duppata as a lungi and went inside. Funny 😝.

U can buy fresh rose flowers to offer at the dargah, also there will be lots of priests pestering you all along the way to make huge offerings of money, don't fall prey to it and offer anything to your hearts content.u can click pictures everywhere but inside the dargah. So all in all a good experience.

After the Ajmer sharif dargah, we headed for food hunt as it was dinner time.
We directly went to anasagar lake, as per google location and it turned out a must see place in Ajmer. The lake was beautiful and huge with sitting area, we sat there enjoyed the breeze, ate some street food and called it a day.

Buying some Fresh roses at the dargah 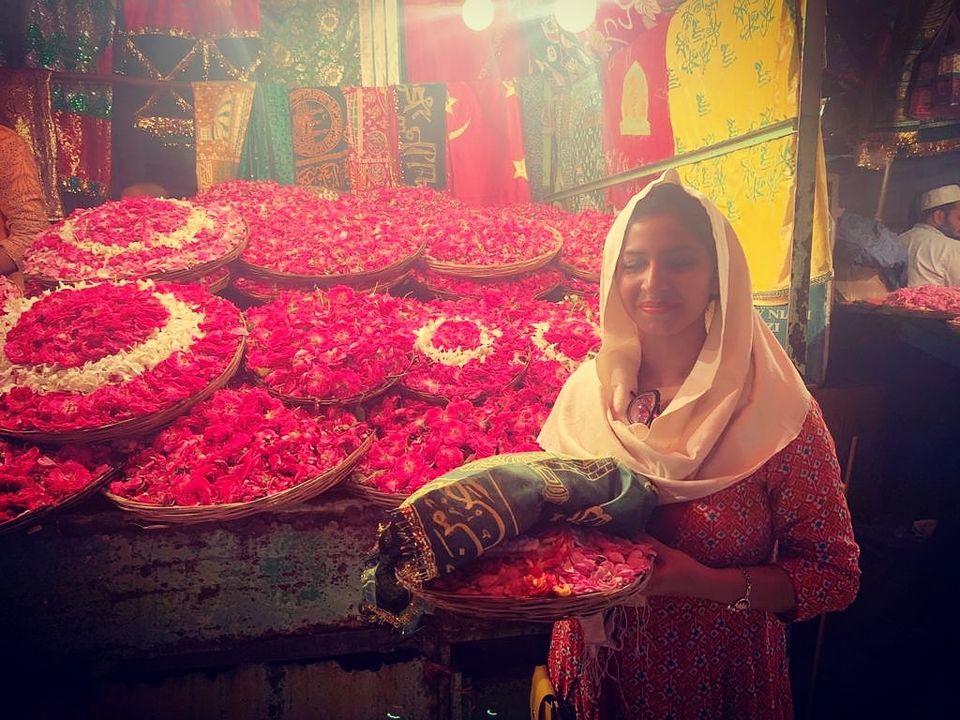 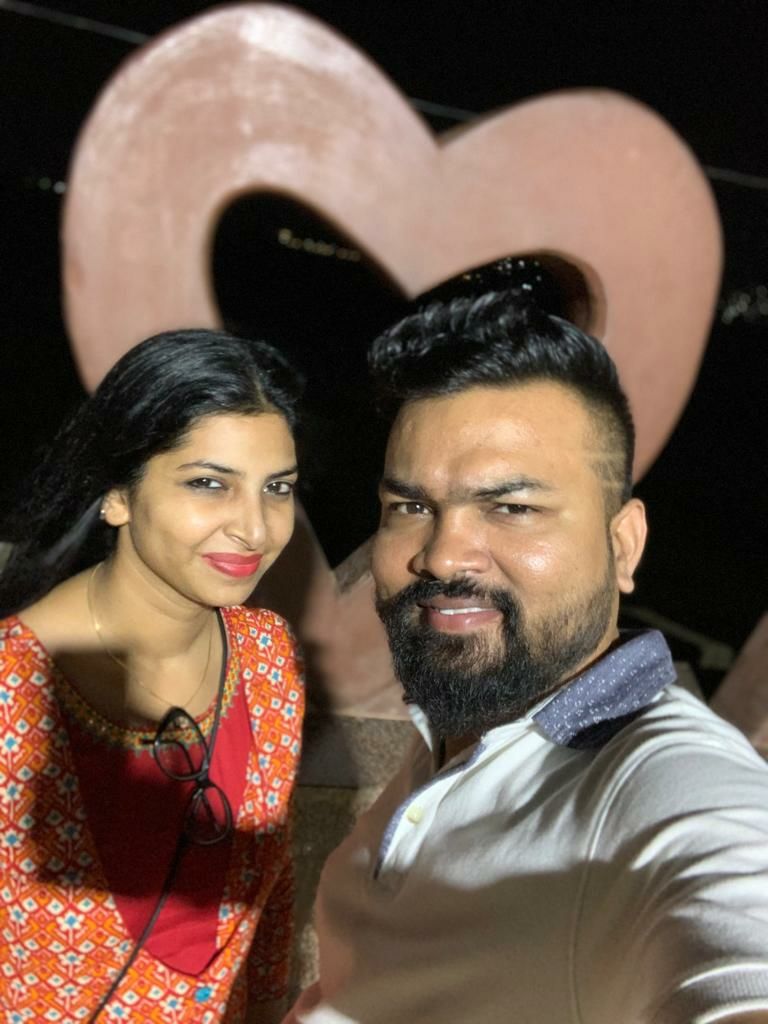 Posing with our baby 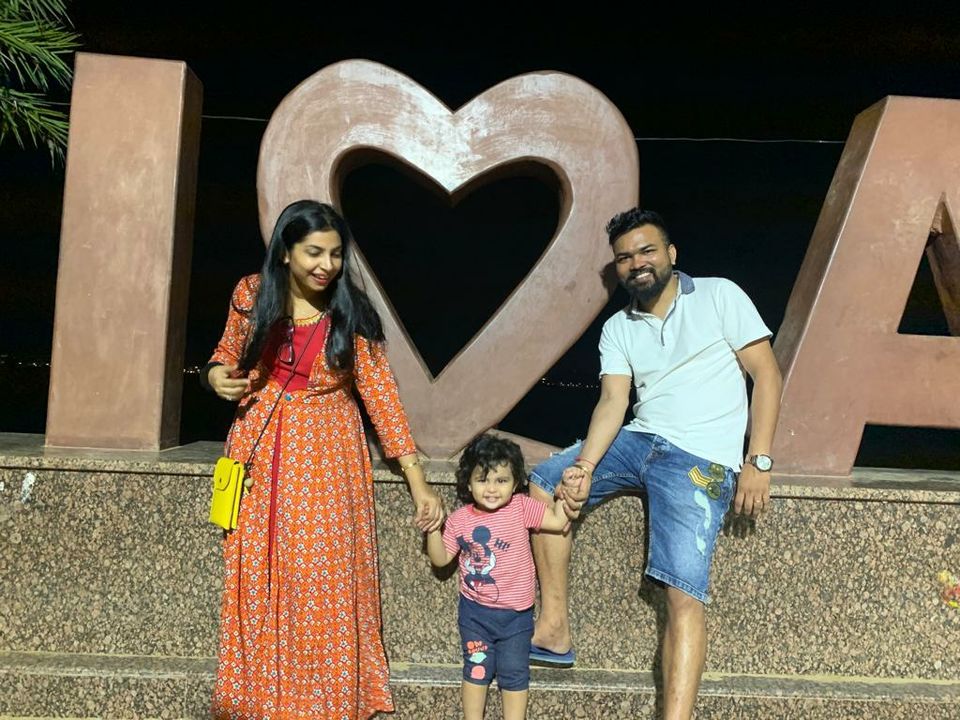 At the main entrance of the dargah 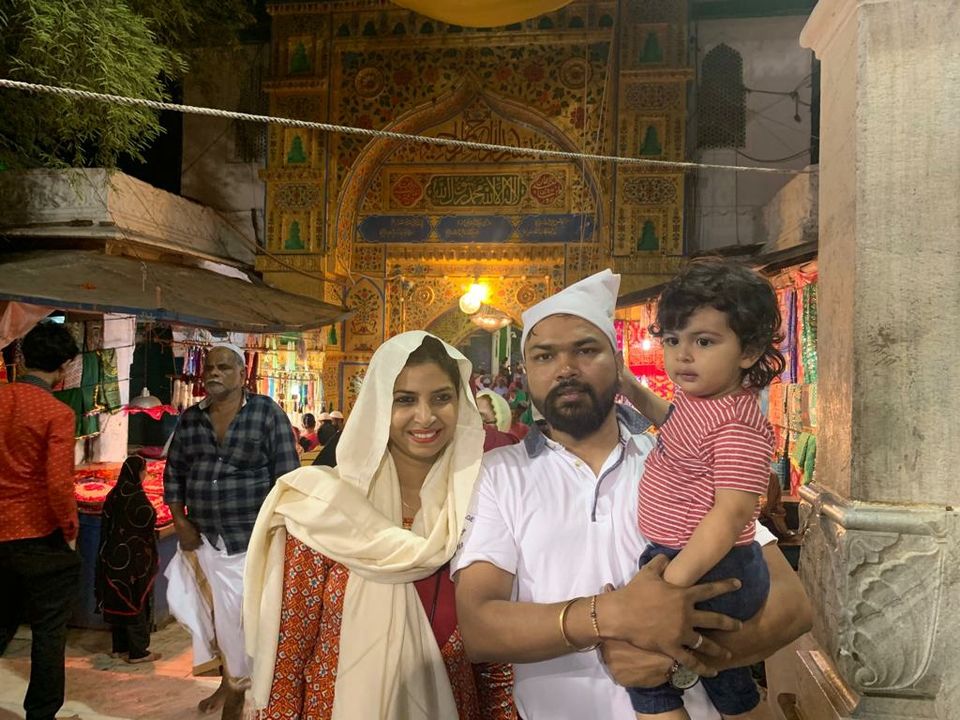 Posing with my family 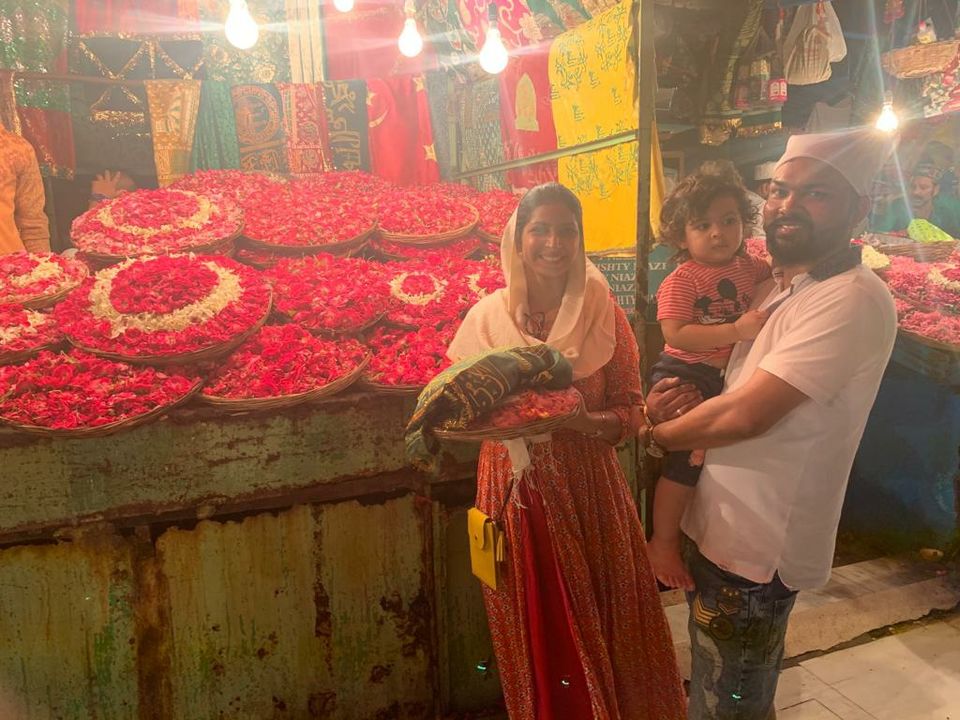 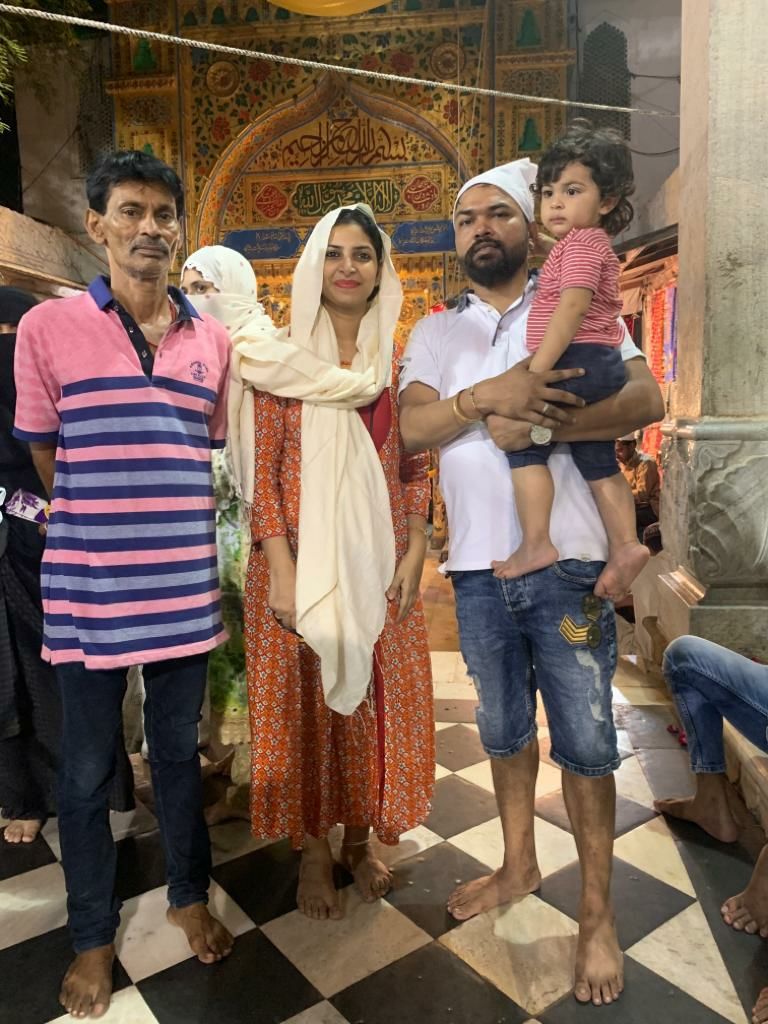 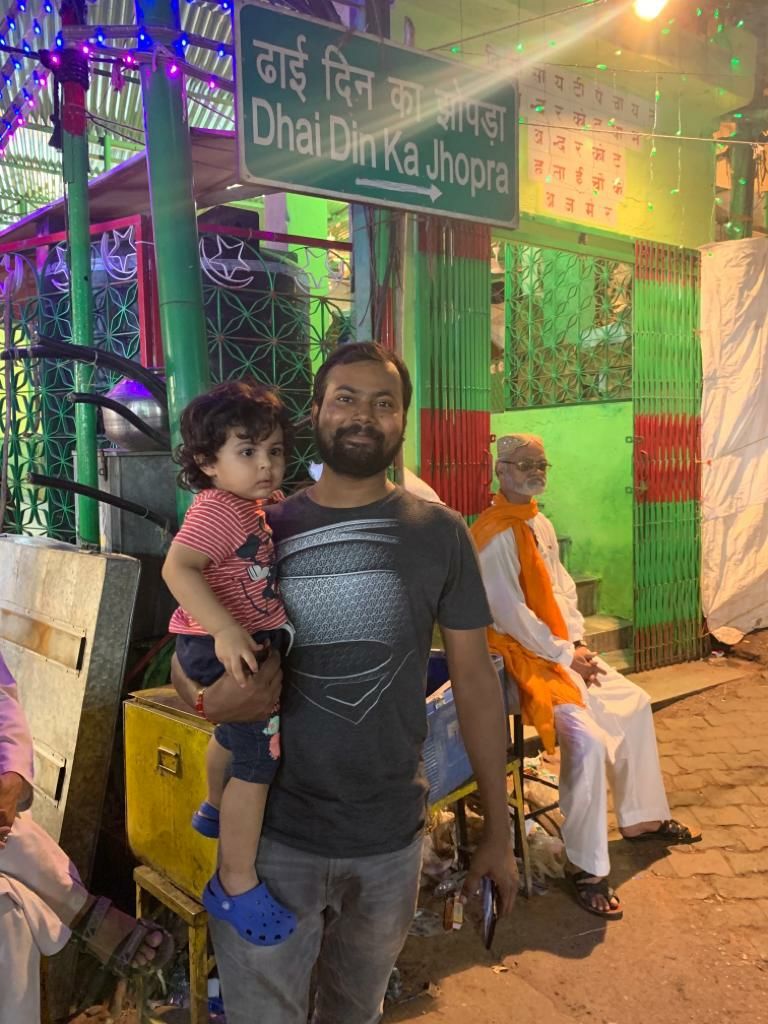 Enjoying the breeze at anasagar lake 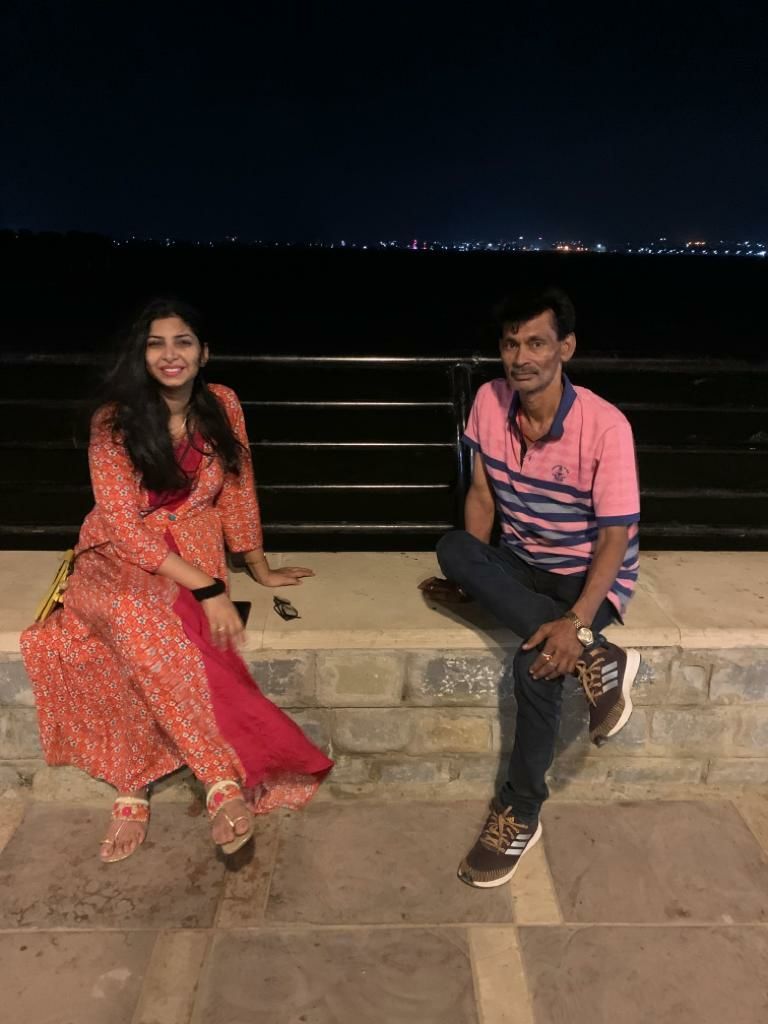 Selfie point at the lake 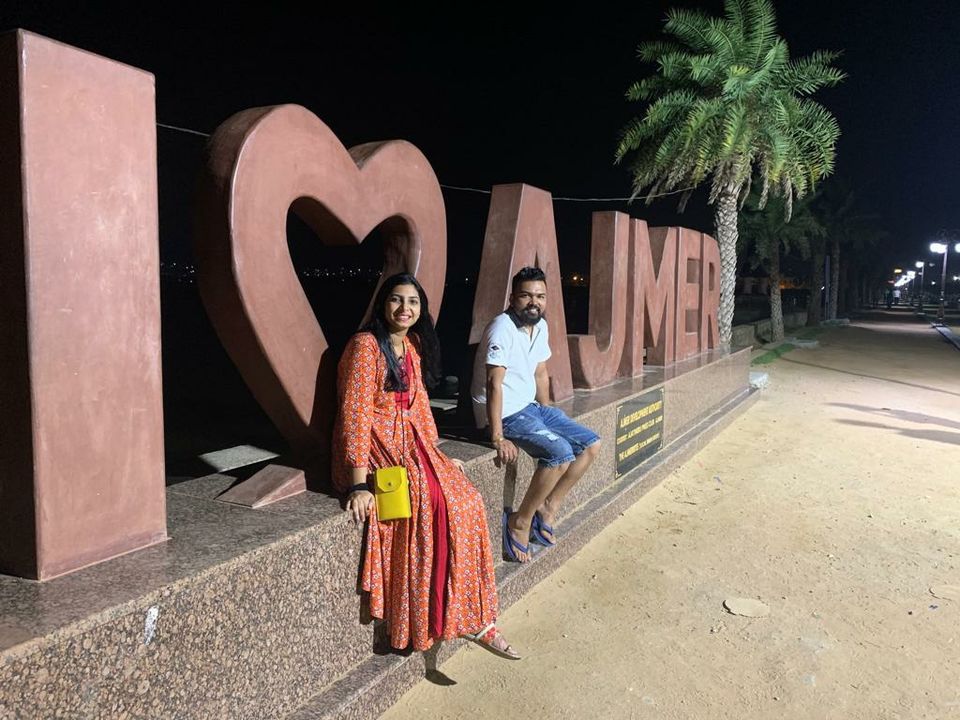