The magic of Majuli 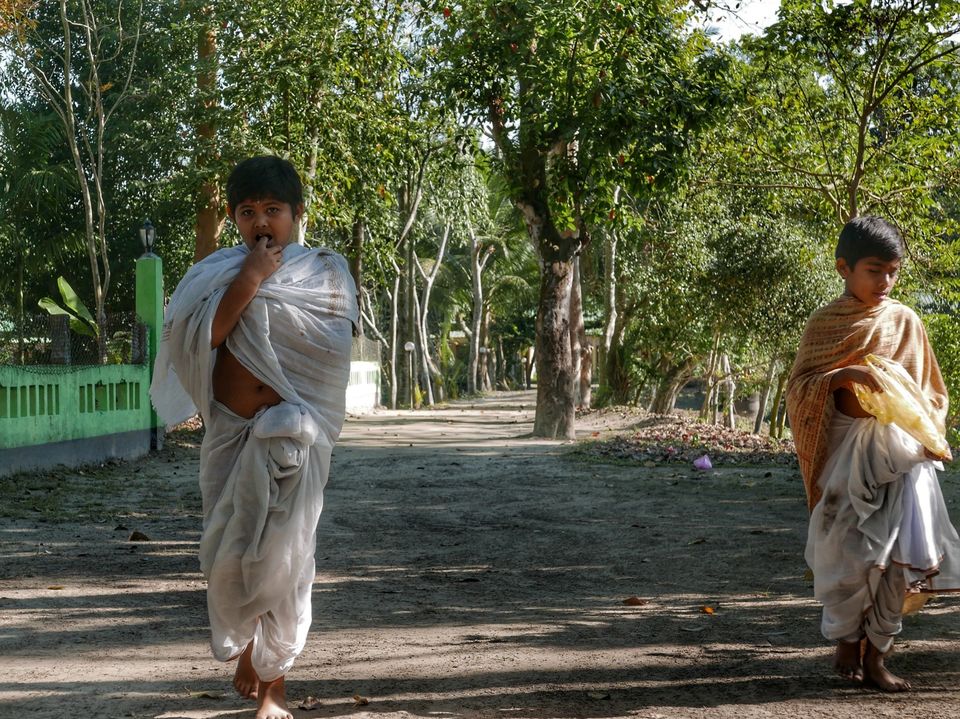 Majuli is the largest river island in the world. How large can it be, we wondered? After all, it's a river island, not in the sea.

But the river we're talking about is not an ordinary one. It's the Brahmaputra.

The Brahmaputra is what geologists called a braided river. It has a network of tributaries and distributaries and is in a geologically sensitive zone. At its widest, it spans 10 miles in width.

Majuli was originally a narrow strip of land between two rivers. It was the cultural capital of Assam since the 16th century and was home to the medieval Vaishnavite movement in this region.

Tragedy struck in 1750 when a catastrophic flood and seismic activity changed the flow of the Brahmaputra and caused Majuli to turn into an island.

As an island, Majuli has been slightly cut off from the mainland. The land is extremely fertile, and locals claim that farming is largely organic.

The Brahmaputra is capricious. Over the years, it has been eroding the Majuli landmass. The island is supposed to have been about 1250 sq km in the early 20th century but is now around 350sq km.

We took the regular route to get to Majuli - we landed at Jorhat. Our taxi took us to a ferry point called Neamati where there are hourly ferries to get to Majuli. The ferry carries three cars and has space for about eighty people to travel. The ride from here to the Kamalabari point at Majuli is about 45 minutes as it is downstream (it takes almost an hour and a half while returning as the journey is upstream).

Though it's an island, once we were in Majuli, it looked like any other small town. There are extensive road networks, though we did spy sandbags near the shore to help prevent erosion. We passed huts built on stilts which are common amongst the Mishing tribes who live in low-lying areas. The stilts help keep the huts dry when the Brahmaputra floods, which happens every monsoon. Early huts were built on bamboo stilts, though most new ones have concrete beams that hold them up. And interestingly, there's 4G network everywhere on the island.

The sun sets early at Majuli. We reached our resort at 4 PM, only to find that it would be dusk in a half hour. However, we were told one of the satras would be open and we could visit it even after sunset.

A satra (pronounced 'hotro' locally) is a socio-religious centre setup for Krishna worship.

The first satras were set up by the Assamese polymath Srimanta Sankardev, a social reformer in the 15th and 16th century. He's been a major influence - having written extensive literary treatises, theological poetry and influenced art and drama.

There are over 30 satras in Majuli. The first evening, we visited Garamurh Satra, where we saw monks singing evening prayers.

The next morning, we visited the Auniati Satra.

There are two varieties of Satras - one set has idols of Krishna while the others have just a holy book and a large meditation hall. Both have large wooden effigies of Garuda (the king of eagles, who's supposed to be Vishnu's mount) near the entrance.

Auniati satra is spread over a large area and houses many bhokots. Our guide took pains to inform us that these were not the same as monks. They were ardent devotees who stayed at the satras but could continue with their other interests. Many parents who feel their children would have a better life here leave children to become bhokots at the satras. The children go to school and can take up education here, but in some satras like the Auniati, are supposed to remain celibate through their lives. Gongs are rung during prayer time in the morning and evening when the bhokots assemble in the prayer hall outside the temple to pray, sing and dance.

Bhokots stay in designated rooms in the satra. The satra also houses an interesting museum chronicling items that were carved or painted by bhokots (unfortunately, photography is not allowed inside). There was a chessboard with finely carved pieces, an exquisite sword and more.

Other satras allow bhokots to marry and live the life of a householder without any restriction.

As tourists, we wandered around the satra and saw that even here, many bhokots were absorbed in their mobiles. The draw of YouTube and Whatsapp is hard to beat.

We later visited another interesting Satra - the Samuguri Satra. This satra is famous for its history of mask making used in dance dramas. The Satra's chief mask maker is Hemchandra Goswami, who was awarded an honorary doctorate by the University of Guwahati for his innovations in mask making.

The process of mask making starts with creating an underlying frame of bamboo, on which a layer of cloth is pasted. The actual shape is created with a layer of cow dung and clay, which is then covered by a layer of cloth that is painted on. A mask typically takes a couple of weeks.

Hemchandra Goswami has created masks with a movable section that makes it look as the character is speaking during the drama. He took us through his wonderful collection stashed in the main room. These included a couple of interesting masks of Ravana. Interestingly, the mask had one main head on which the other nine were placed in an arc. Dr Goswami told us that he came upon the idea in his struggle to balance 9 heads without making them appear unbalanced and difficult to use in a drama.

Masks of Pootana, Jatayu and various characters from myths boggled at us. At a corner were a couple of large full costumes of Narasimha.

We stepped outside to see others in his family work on different masks. His brother was intently carving out a Hanuman mask. A nephew was painting another mask at the side. The family involvement gives hope that this art will live on, even if in such a remote corner.