In the Thar Desert of Rajasthan, is the walled city of Bikaner, a dense urban settlement with narrow, winding lanes and buildings featuring highly ornamental street facades.
Bikaner was established in the fifteenth century along a flourishing trade. Bikaner as a town was one of the places on the famous Silk Route of Asia. A wealthy merchant class that profited from the trade route, and the encouragement of the Bikaner Royalty, a lot of wealthy merchants  set up their homes here, and were responsible for the opulently decorated courtyard houses, known as havelis, which characterize the historic center of the city.
The Havelis of Bikaner  are a symbol of their flamboyant lifestyle!

Rampuria Haveli, known as the pride of Bikaner, is an exquisite blend of antiquity, grandeur and exquisiteness.

Built for the richest merchants of Bikaner, the Rampuria Havelis are the most opulent of them all, and despite the ravages of time, they still stand tall and proud.

Rampuria havelis belonged to one of the richest and the most powerful families of Bikaner - Rampurias, and so were named after them. However, each of the seven havelis has its own name but all of them are collectively known as the Rampuria Haveli.

According to the folklore, the splendour of a haveli was directly proportionate to the owner's wealth in those days!

Interestingly on the oldest haveli is a row of Bas Relief depicting the British King and Queen. Whether there was an allegiance or just a design no one knows!

The architecture and urban form of the walled city are both a response to the harsh arid climate of the region and a celebration of its building tradition, with delicately carved stone jaalis (perforated screens), stone chajjas (overhangs), and projecting jharokhas (balconies).

I enjoyed spotting the carved over hanging or chajjas, each one it's own stunning beauty!

Dating from the seventeenth to the early twentieth centuries, these formerly grand homes had been subdivided, leading to their decay and overcrowding. Remote and largely untouched by the economic boom which India enjoyed in the years, Bikaner had seen little investment and limited tourism.

Havelis were being demolished not as whole buildings but piece by piece, because the value of their architectural and artistic components is higher than that of the houses themselves.

After independence, Bikaner lost much of it's sheen and merchants started migrating out of the city to other cities of India.

With time most of the big players were gone and with that started the decline and demise of the haveli  culture of the city!

Modern constructions were replacing the havelis, which were afforded no heritage protection. Poor maintenance and a lack of waste disposal and drainage systems within the city compounded the challenges. All of these issues required urgent response in the form of a comprehensive strategy for urban policy and heritage protection.

If you enjoy history and photography, keep about two hours for the havelis. They can be done in flat 15 minutes as well, so it's all up to you.

There are only 4 havelis, and they are all almost all connected. All, except one haveli, are no longer in use and are maintained only by a caretaker.

The Rampurias still own these havelis and spend at least some money to provide security. I tried going inside one of these and was angrily shooed away by the guard inside.
Though I spent nearly three hours here, I  felt I still hadn't captured everything!

If you are planning a visit to Bikaner, or even passing by, these should be your number one destination. They are not just a visual delight, but also a lesson in history and a study of our illustrious past ~ The Merchant Trail of Rampuria  Havelis ~ Bikaner!

One can easily reach Rampuria Haveli in Bikaner by availing auto rickshaw  or a horse drawn  Tonga, as they are in the old walled city, a guide is a must.
I suggest it's easier to explore on foot, as the narrow lanes get crowded. Early morning when the city is just waking up is a good time to visit!! 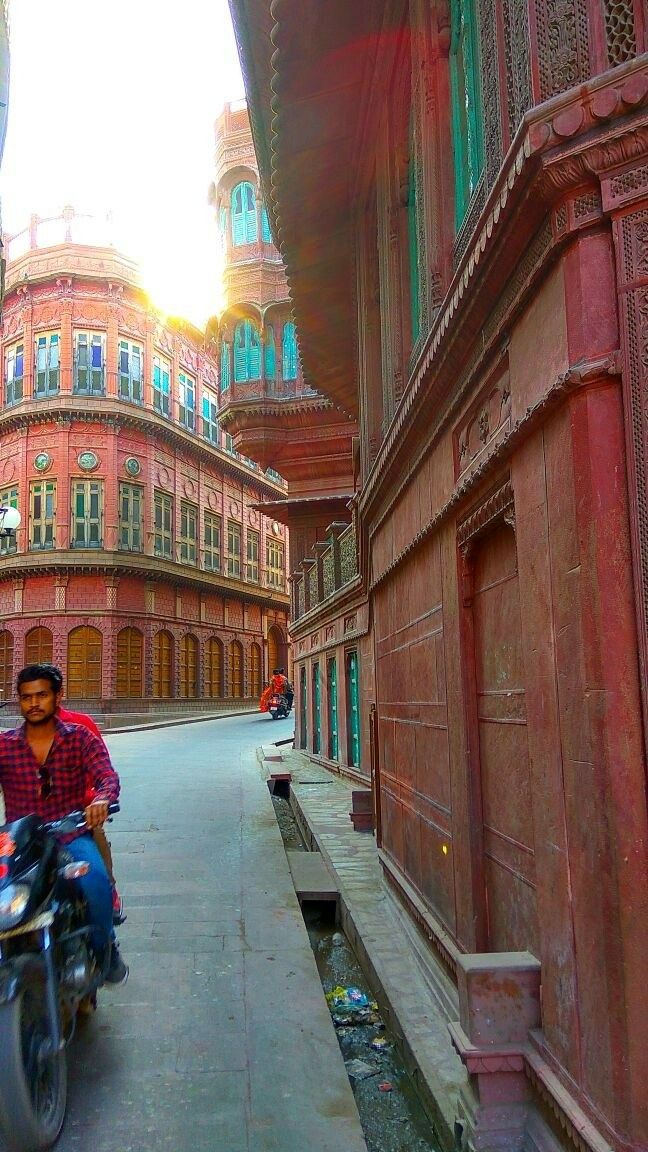 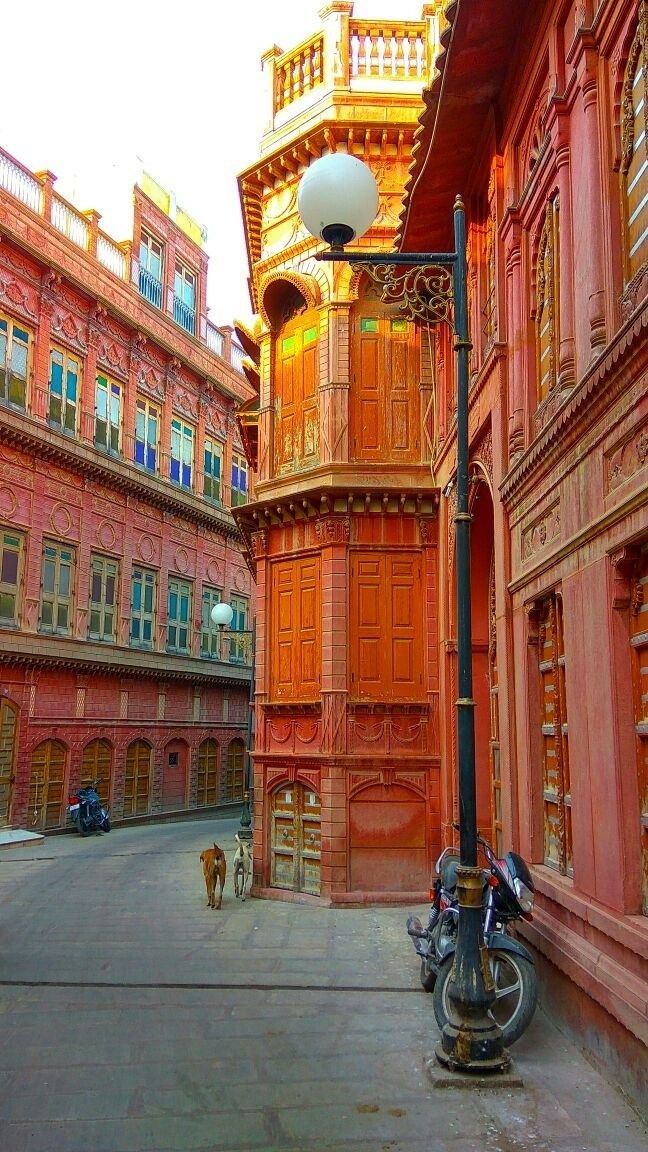 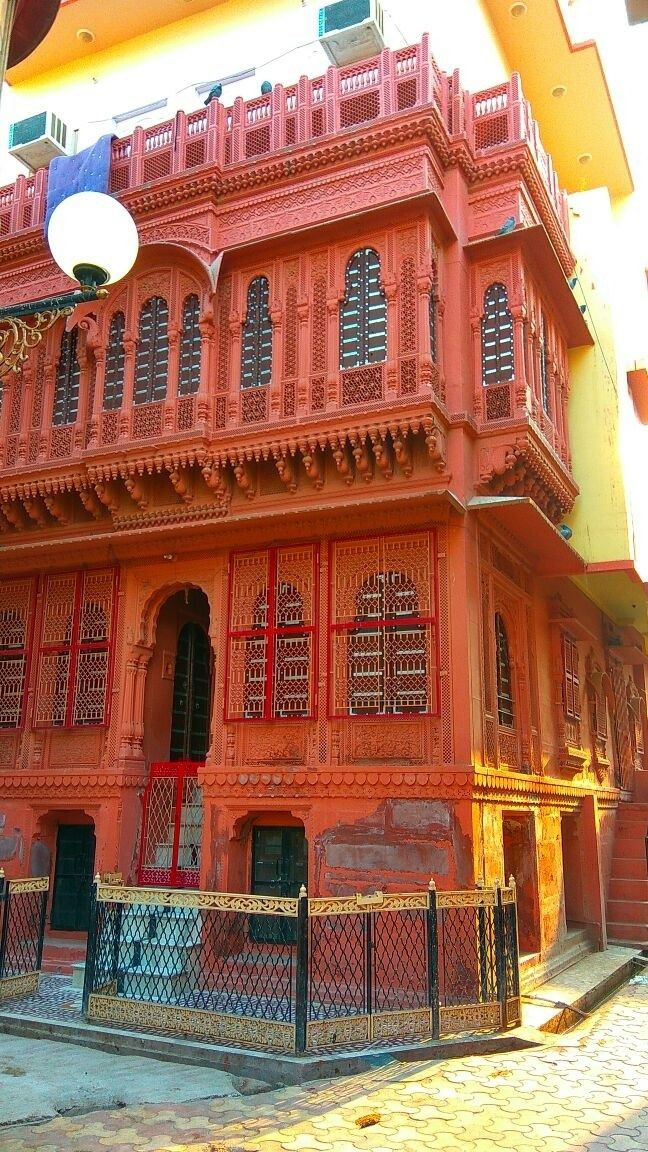 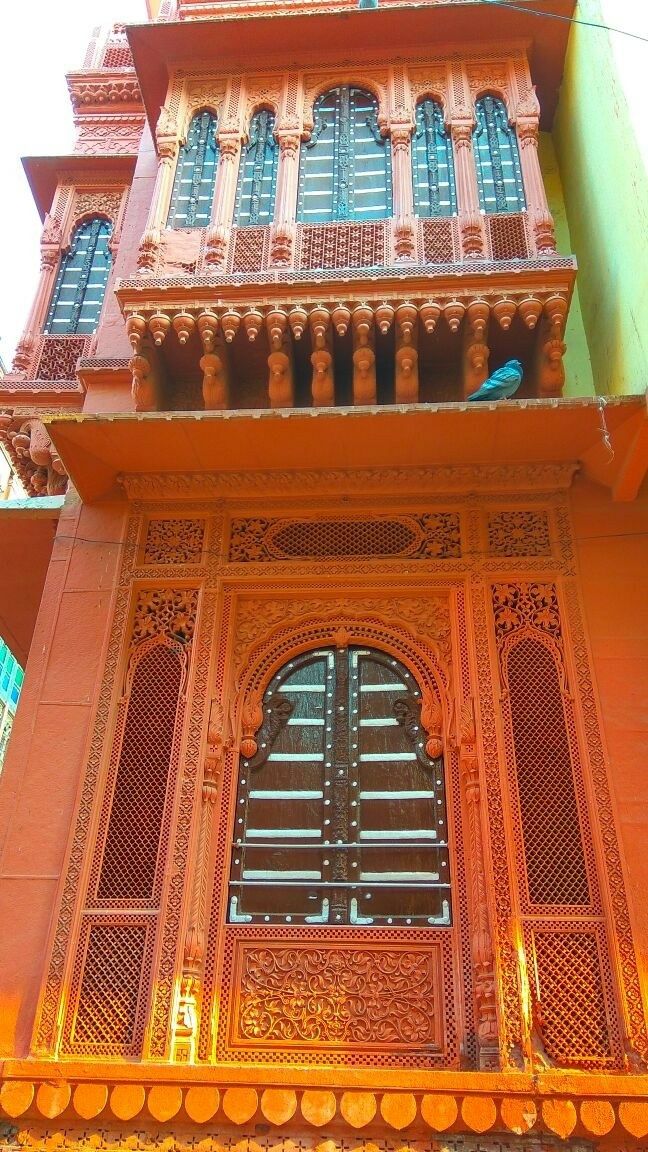 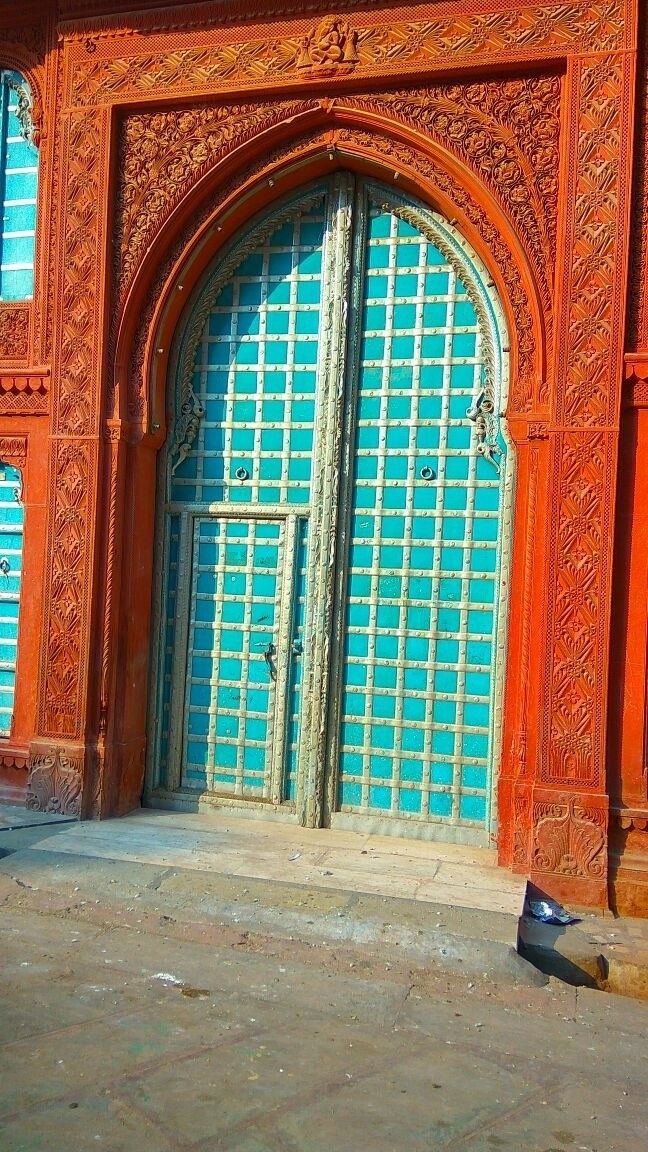 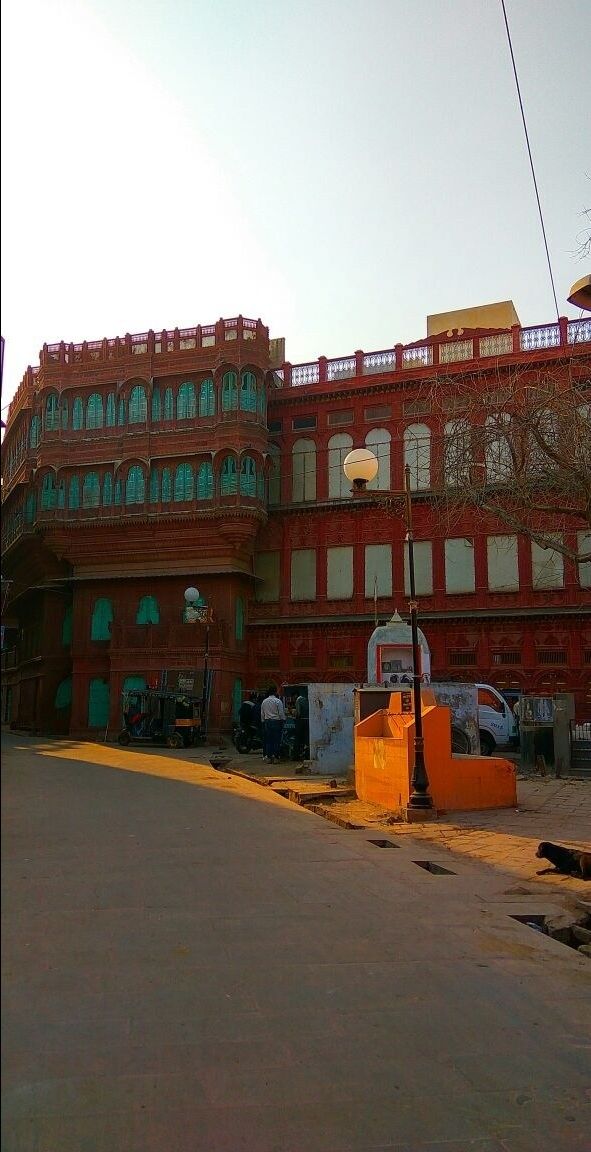 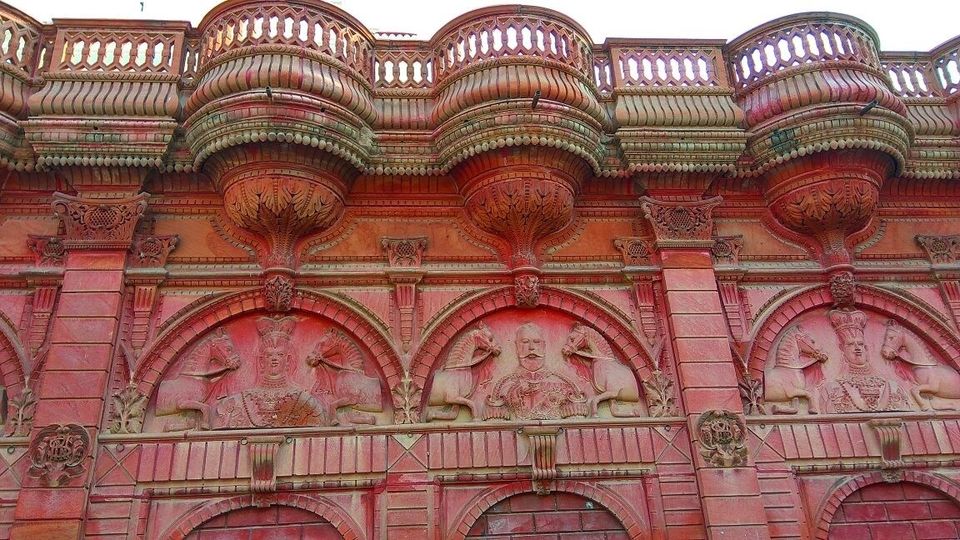