An early morning sunrise plan to the Sea made me wake up by 4.30 am in the morning. But the cloudy sky made me unfortunate to experience the sunrise at Bay of Bengal.

Coming back to the Dharamshala where I stayed in Rameshwaram, I quickly made my day's plan to search out for Dhanuskodi. A village which is some 20 km away from Rameshwaram. It's believed that it was this place from where Lord Rama set out for Srilanka (the then Lanka ) to fight with Ravan and get back his beloved wife Sita.
Mythology is one subject that excites me, and thus I was all trilled to explore this place. After getting ready and taking a light South Indian breakfast I decided to dedicate my day for exploring more of Ramayan.
Being a easily identifiable Tourist I had to interact with couple of Auto walas. And they told me for up and down and staying in Dhanuskodi for 1to 2 hrs they would charge me some where between INR 700 to 800, which was pretty high for my calculated budget.
I interacted with couple of locals and took the help of Google to find out that every 10 mins a local bus goes to Dhanuskodi. I happily availed the same and paid INR 12 to reach Dhanuskodi bus stop. It was not much crowded and since I took the bus from its last point I luckily could get a window seat as well.
It took nearly 30 to 45 min to reach Dhanuskodi bus stop. After reaching here one can take Tempo Vans for going to the village. Where the remnants of previous settlement can be found. In the year 1964, a massive cyclone washed out the entire village with max fishermen population. One can still find the remains of church, school, tank, railway station as reserved. This Tempo Vans takes INR 150/ person for taking to this village. They also will show the point where Indian Ocean and Bay of Bengal meets. Possibly 20mins will be alloted to the visitors to check around the place.
Even though this information was helpful I preferred to reach the destination by walk. As decided I started with Indian Ocean on my right and Bay of Bengal on my left. It is now that Govt is making a road to the end. The road being new, it was really pleasant to walk with the cool breeze and water bodies on both sides as my companion. But after nearly 1.5 km it was little difficult as the time was passing by and I had to return by evening. Meanwhile I was fortunate enough to get a local Van carrying essential items to the village. A thank note with INR 25 was all that I had to give to this Young man, who was more than happy to take us to his village. The Tempo Vans I mentioned earlier follow a different route as they are not allowed in this new road which is still under construction. I managed to reach Dhanuskodi.It was clearly visible from the remains that the village must have been once a populated place for sure. Now a few families live here making their own hut. The men go out for fishing and the women sells shell items and refreshments like water, soda to the Tourists. They also help the Men for making fishing nets and raising their children and nourishing the family with love and care.
Though this was the last commutable point and the Tourists comes and gets back from here only I was interested to explore more of it and reach to the Tip of the Land after where its all only water. The road ahead was completely under construction and too much lonely. Since in the night water from both the sides over flows and plunges in to the road, Govt has made some kind of embankments on the road itself to stop the water enter in to road and overflow the construction work. The journey was tiresome with small pebbles pinching on the foot, and sun up in the sky being hot. But my desire to know the unknown kept me going further. It was almost after 5 km I could finally see the Pencil end shaped beach with both the waters meeting each other and making a confluence. Going further ahead and touching the water made me feel I have conquered some thing. This some thing was not defined. I even though is not a sea lover but was mesmerized with this beautiful creation of nature. All I could see was water, all I could hear was water and all I could feel was water. This moment of being alone and facing the vastness made me realize how small we humans are in front of mother nature. Though I wanted to spend some more time but I was a puppet in the hands of Time and it was already 3.30 pm. It was time to get back. An unfinished adieu to the serenity was all I could say to this place at that moment and a promise to come back again.
Day 1

Bus stop at Dhanushkodi. Regular public buses from Rameshwaram reaches here at an interval of 3omins 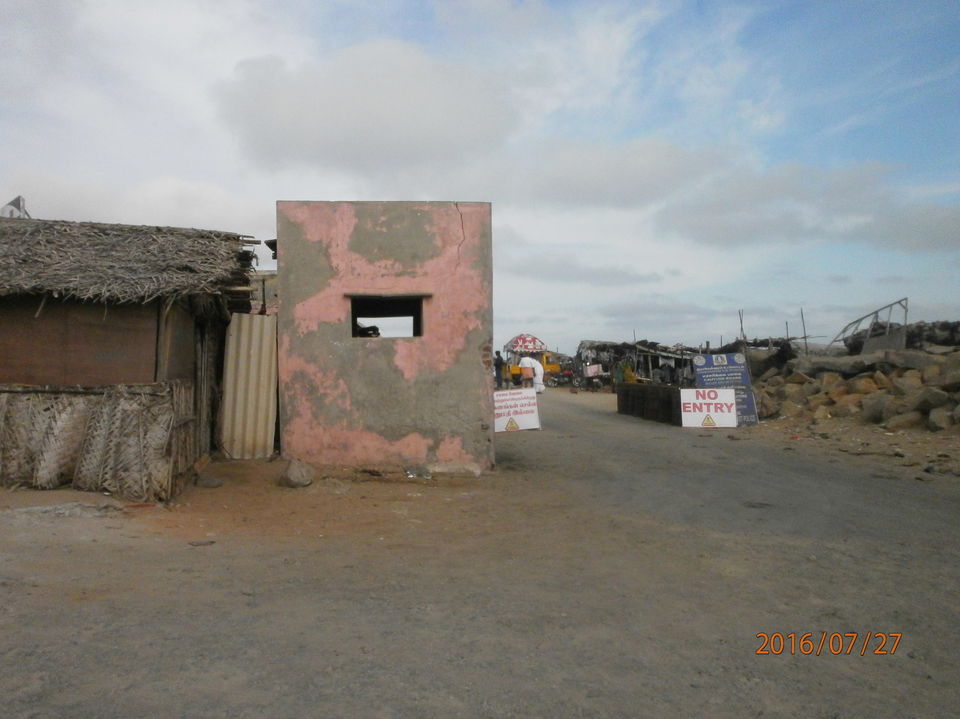 A shop by Local people on the way to Dhanuskodi village from bus stop. 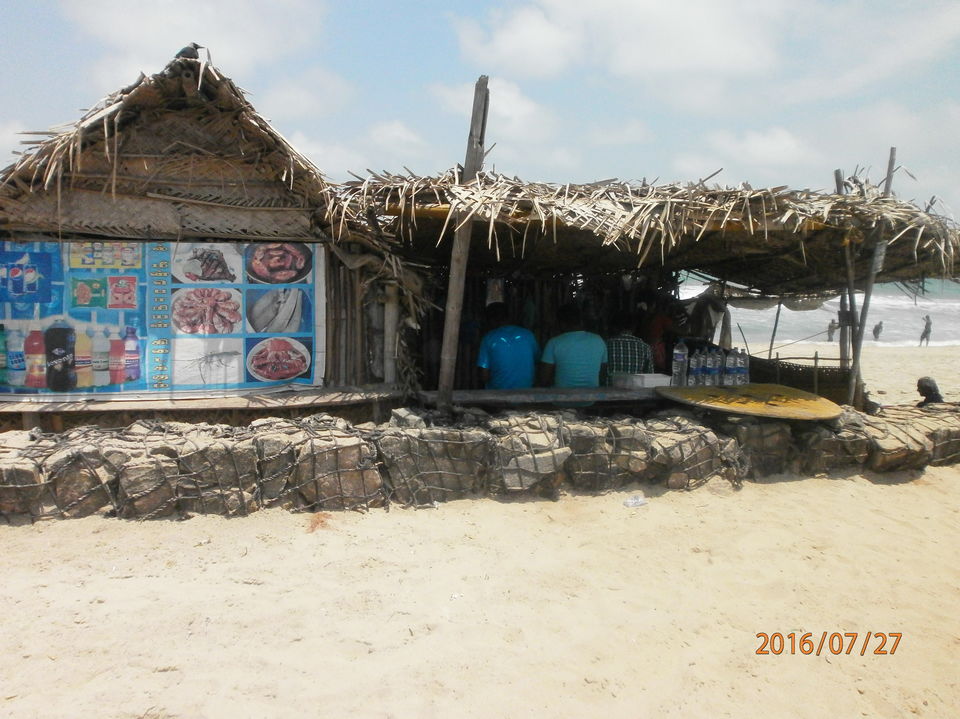 Remains of old Church in the village, once there was a settlement of Fishermen before 1964 Cyclone 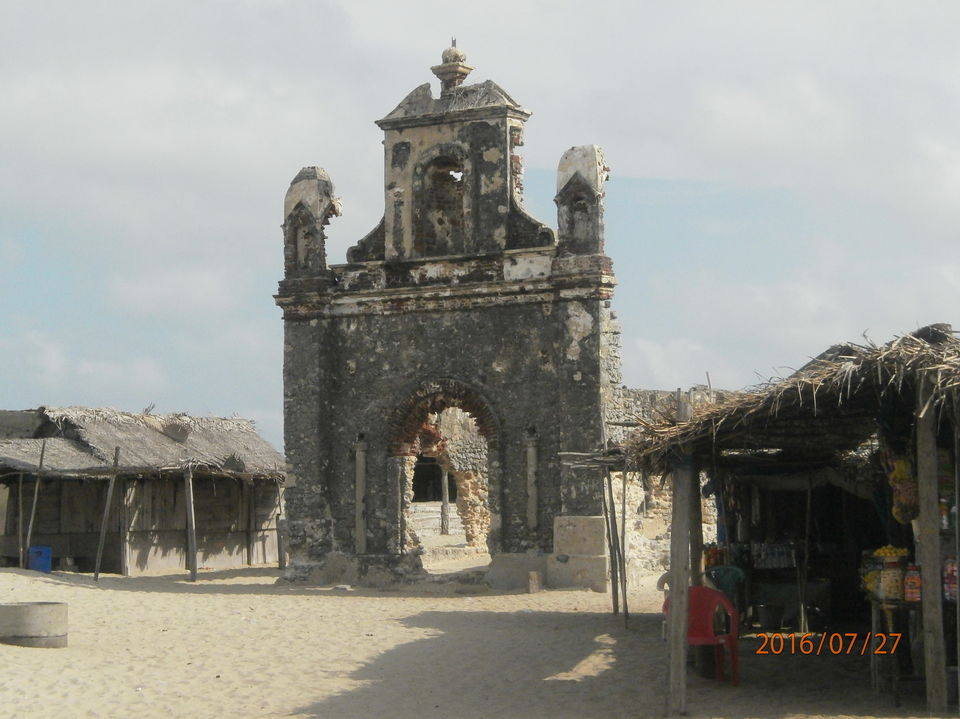 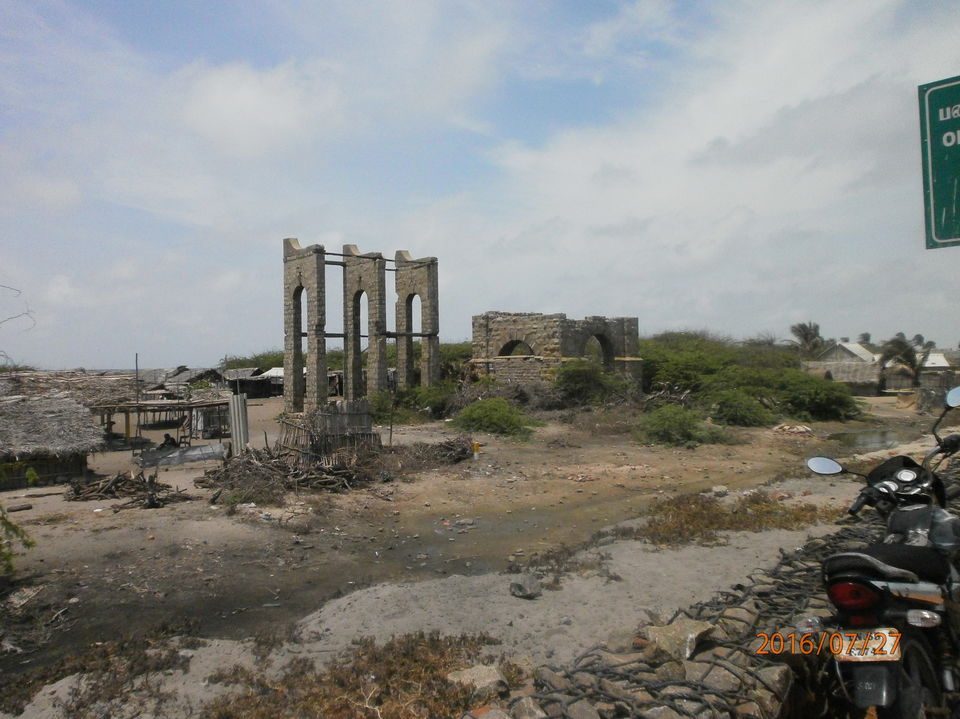 New settlement in the village by some Fishermen 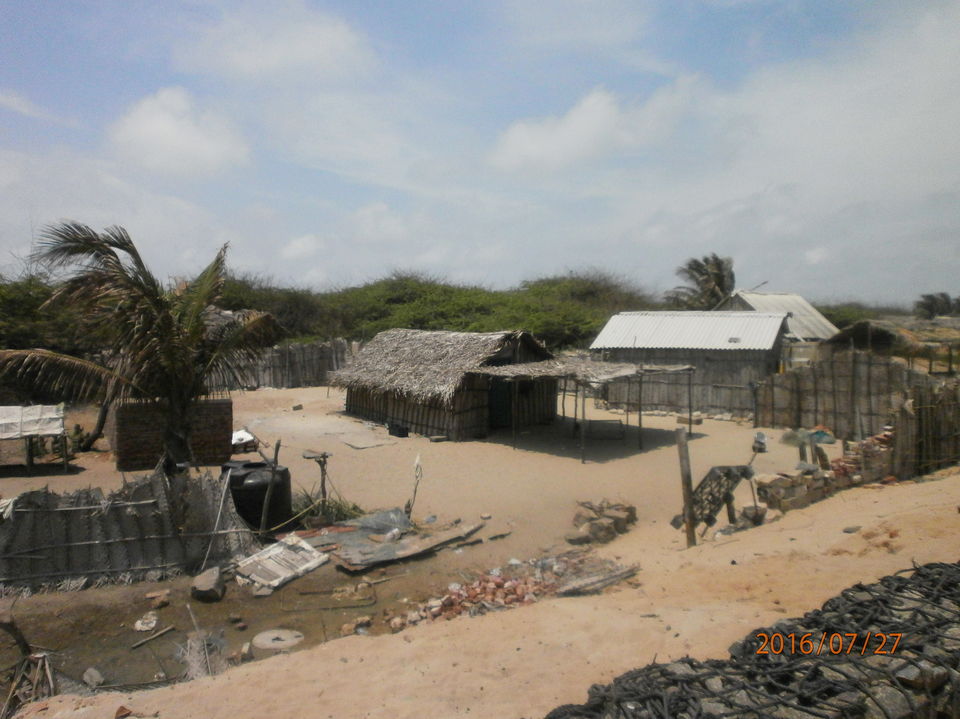 Met Lakshmi, she stays in the village along with her family 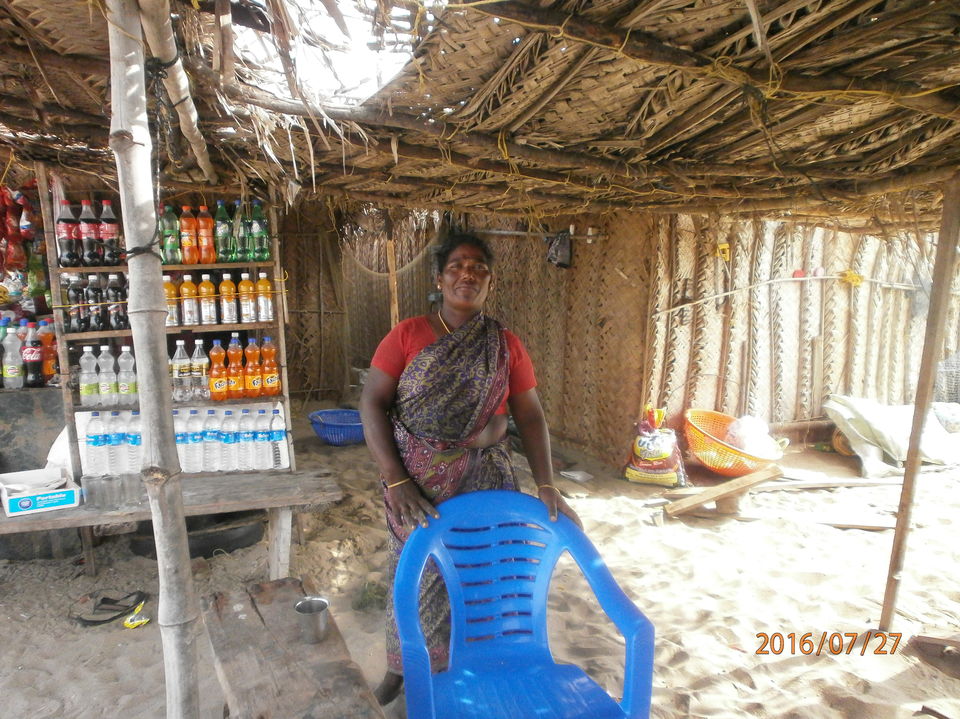 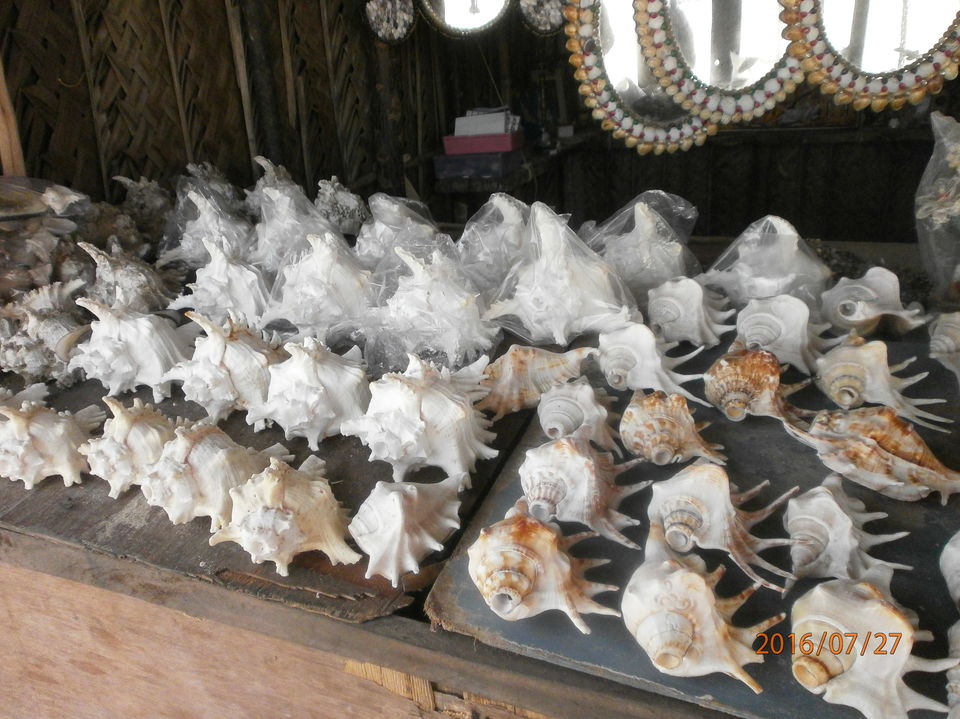 Yes was fortunate to see how they make the fishing nets.. 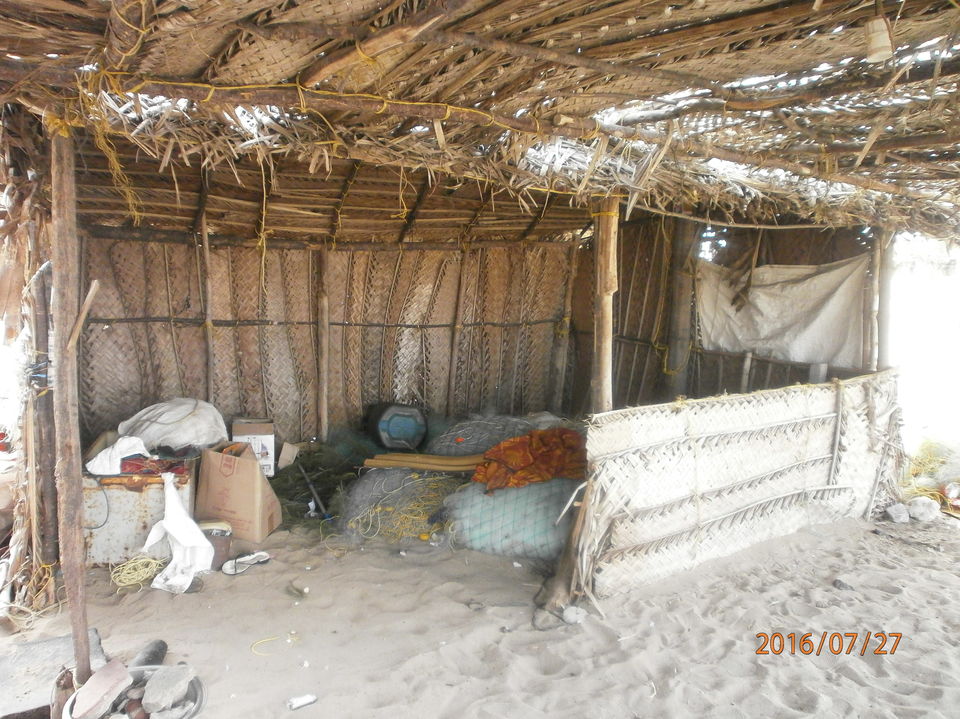 My journey was far beyond Dhanuskodi village, in search of Ram sethu & the point of confluence 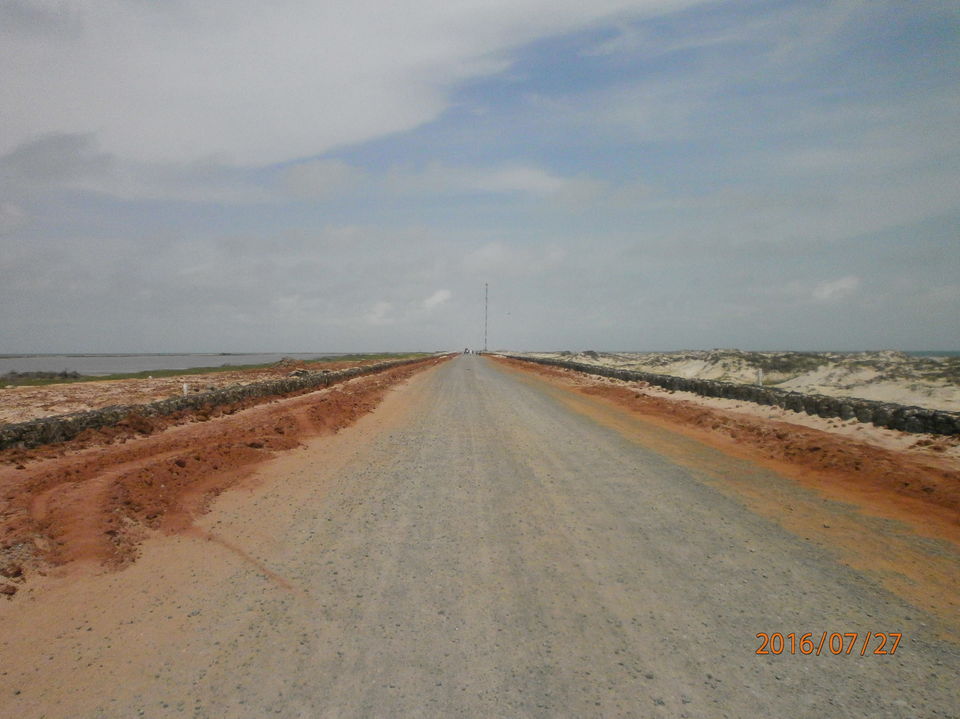 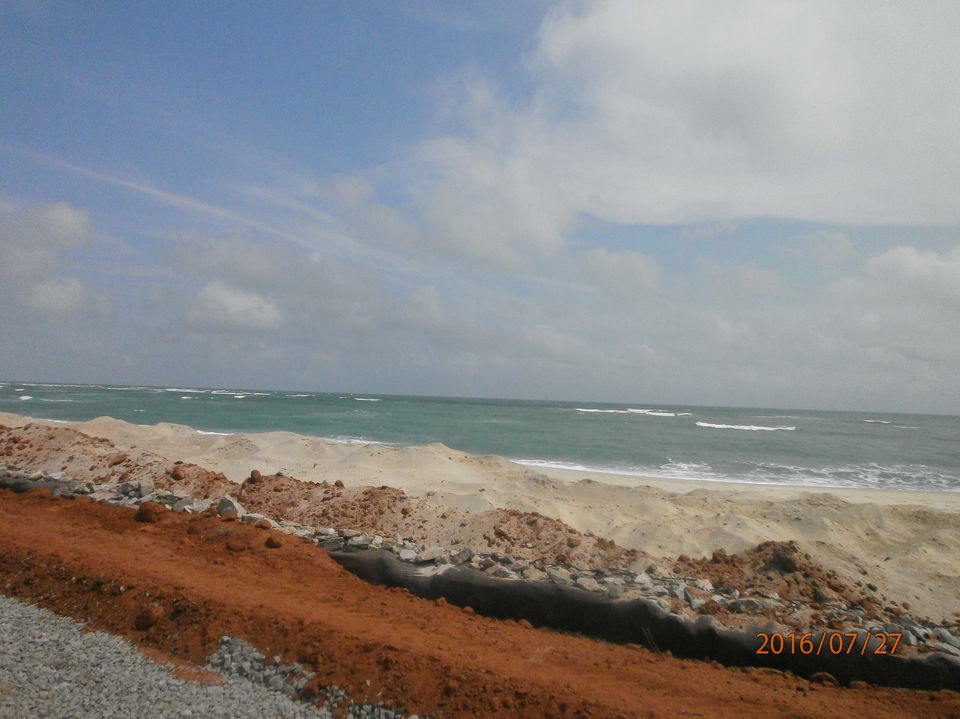 In search of Livelihood. 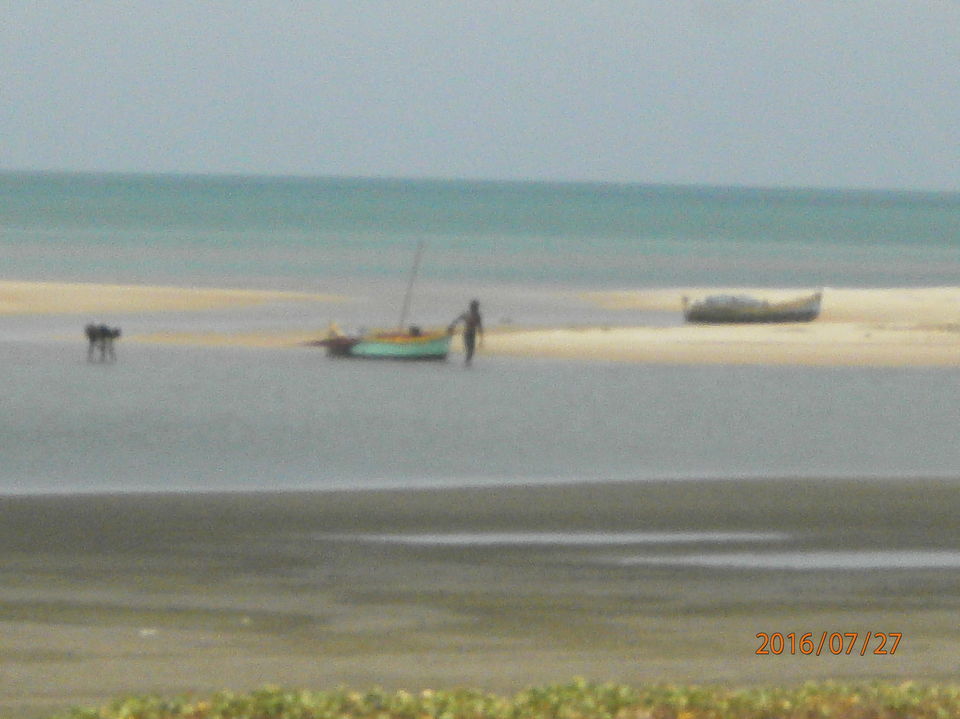 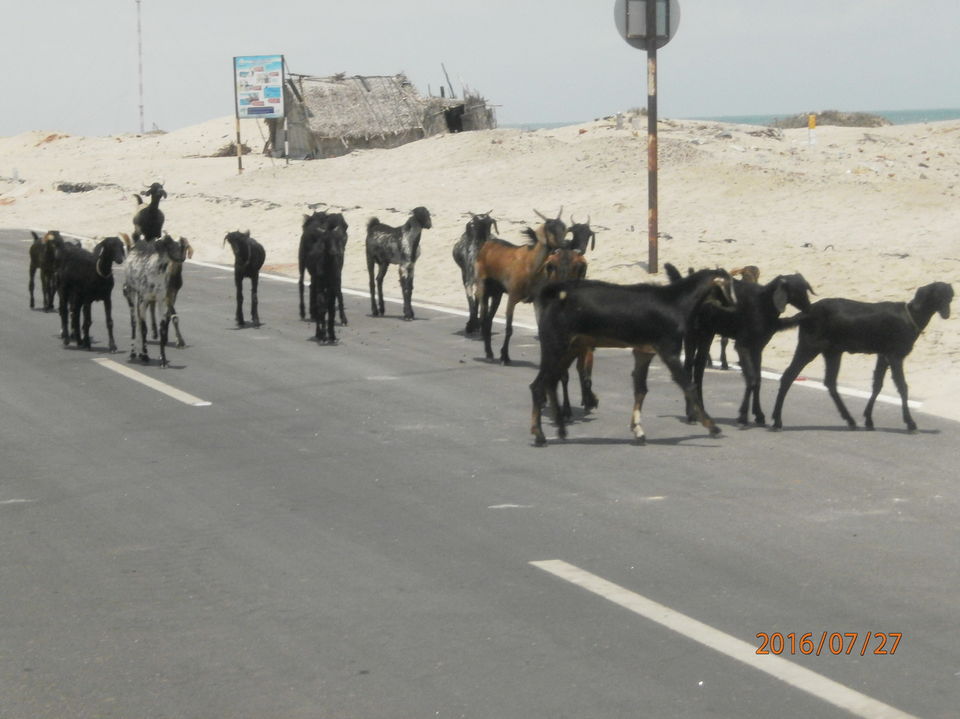 Journey seems to be difficult but not impossible.. 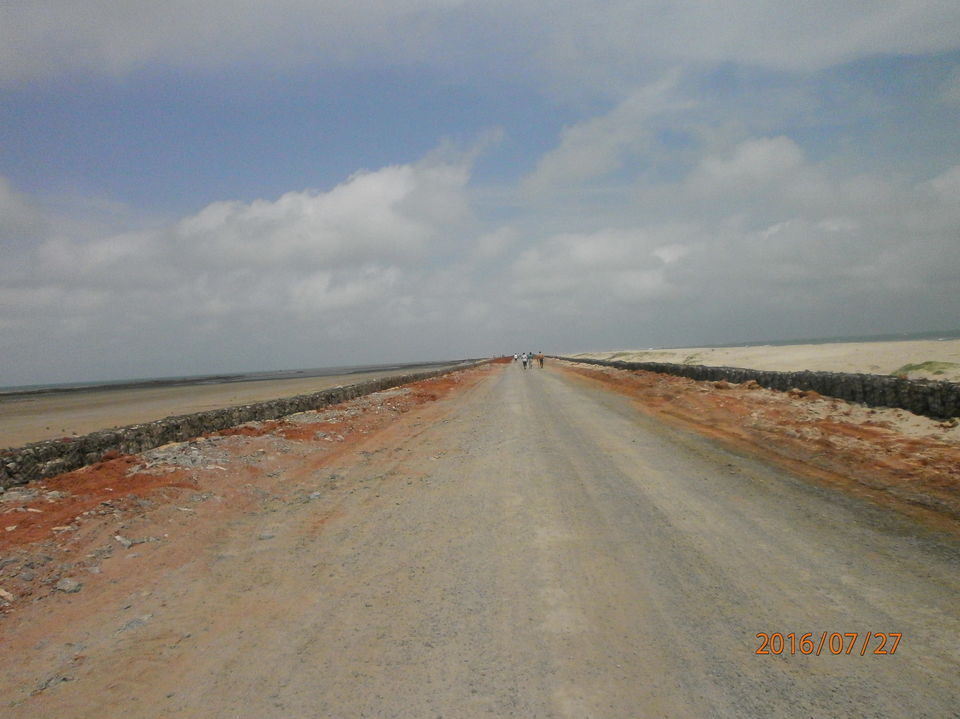 Finally could see few people and my destination as well. 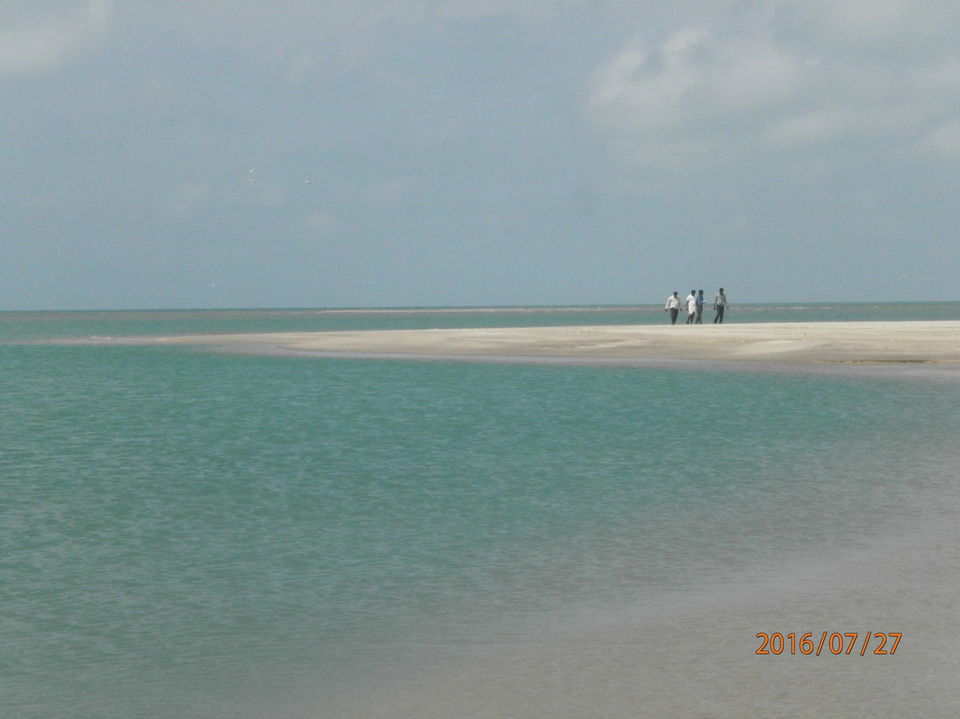 With passing time I was finally standing on the tip where Bay Of Bengal meets Indian Ocean.. 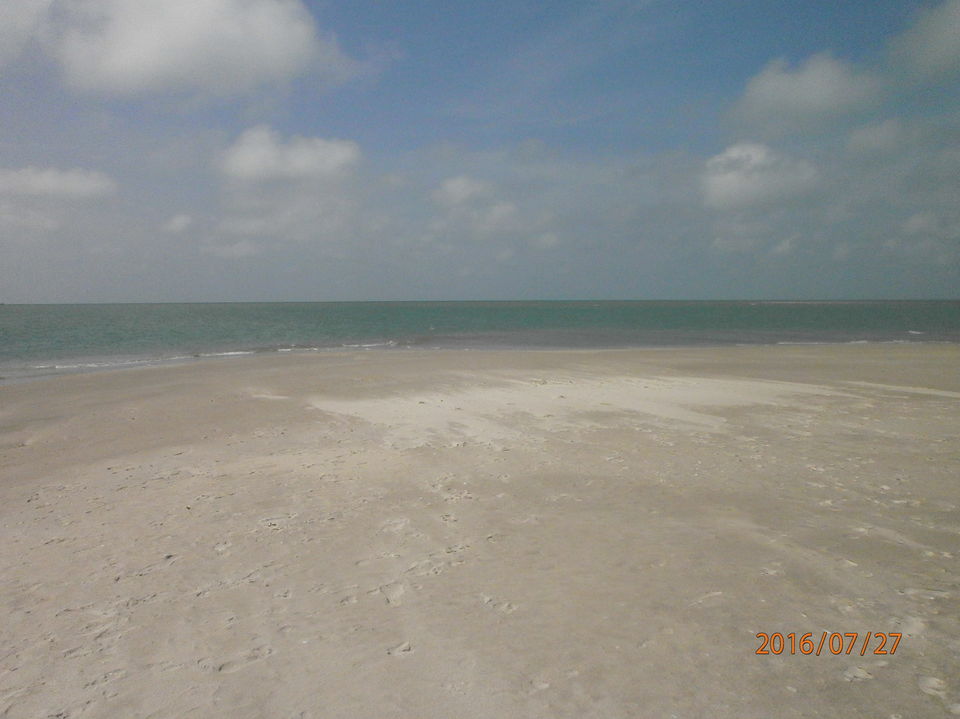 “I must be a mermaid, Rango. I have no fear of depths and a great fear of shallow living.” ― Anaïs N 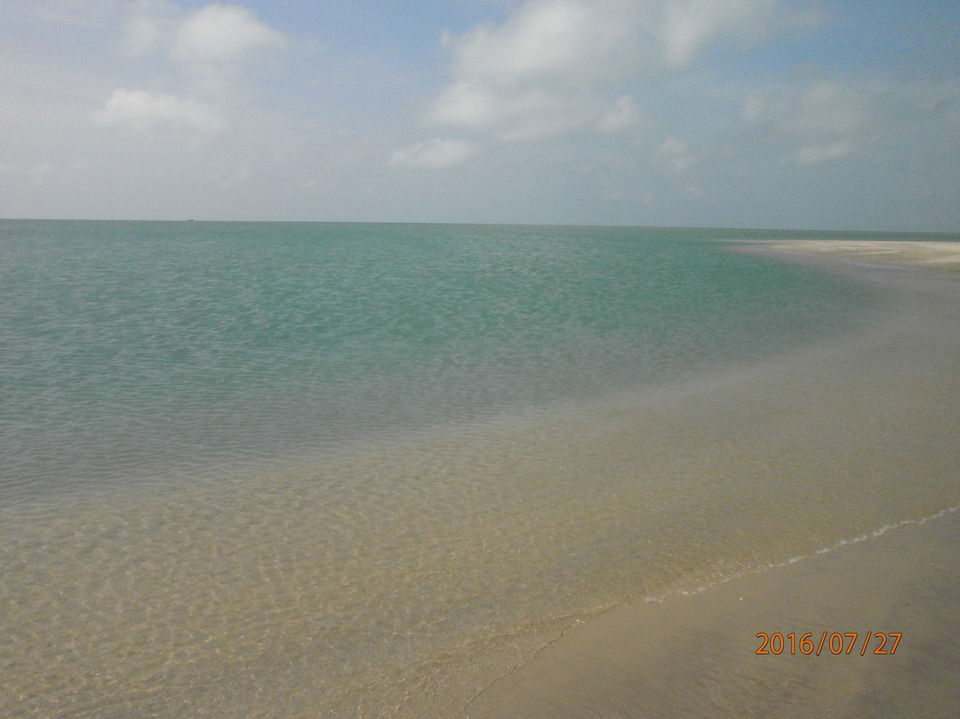 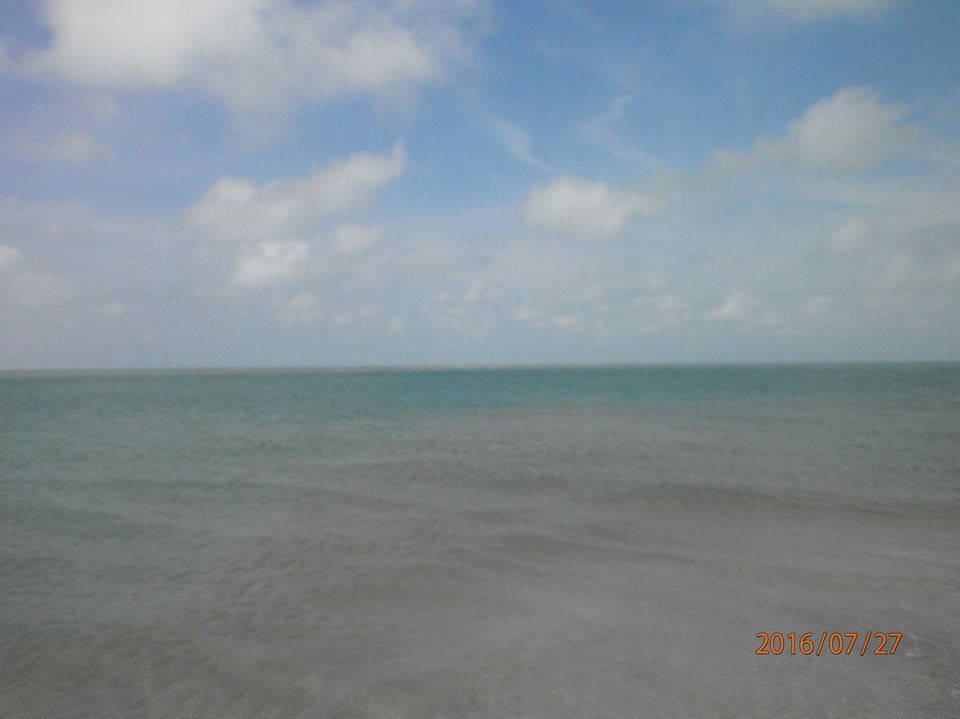 Can You see the Horizon line..?? 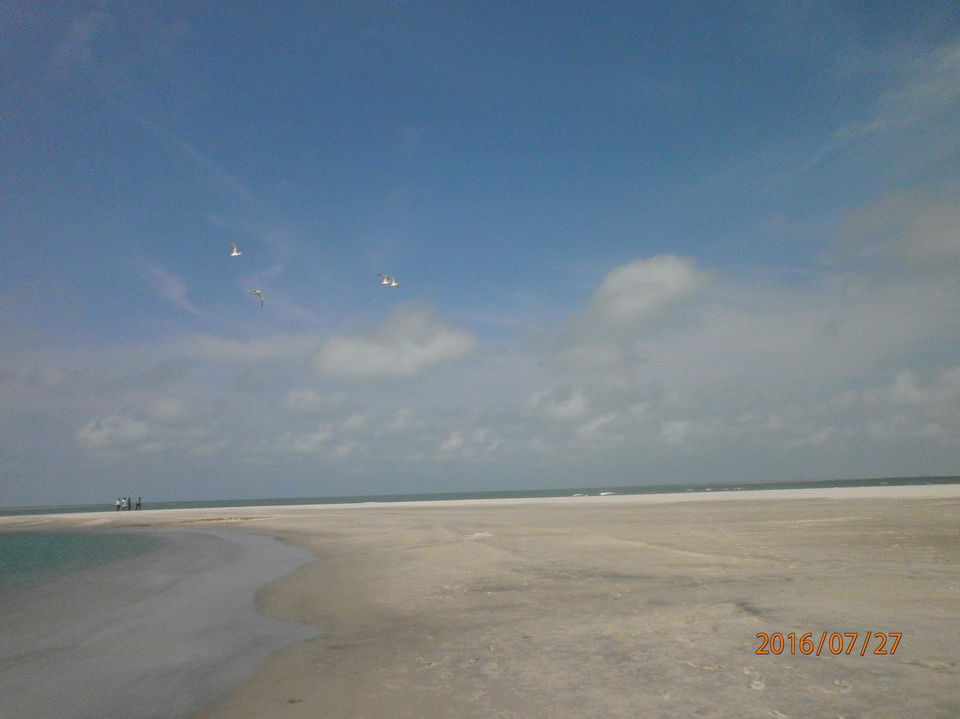 After experiencing the ultimate solace it was time to go back.. 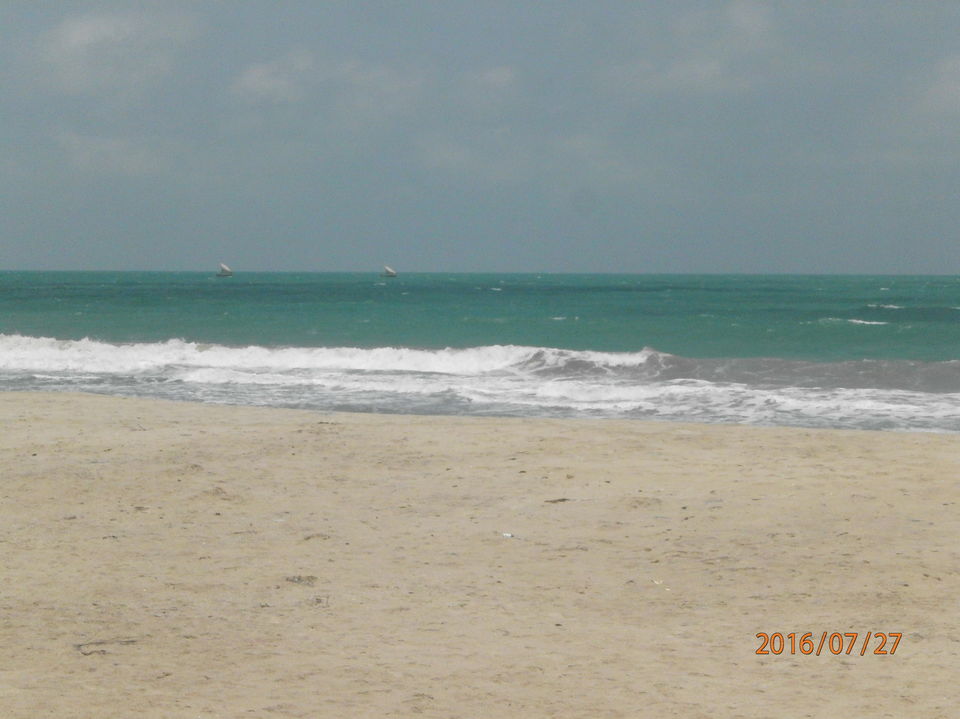 Adieus for one more time but not last time!!Hope I could command Time for its being!! 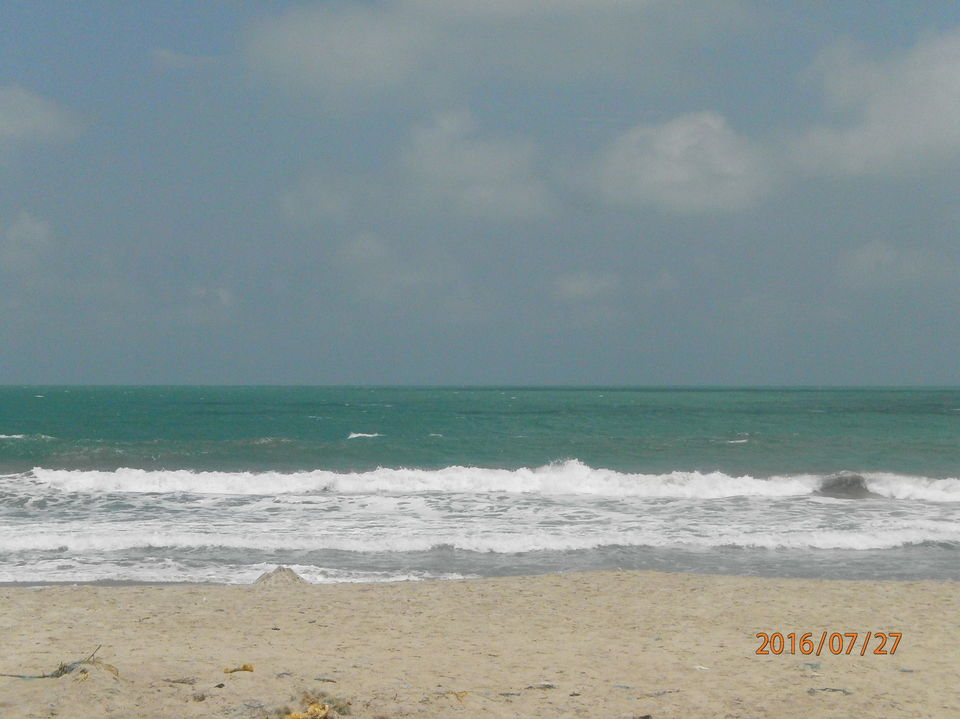