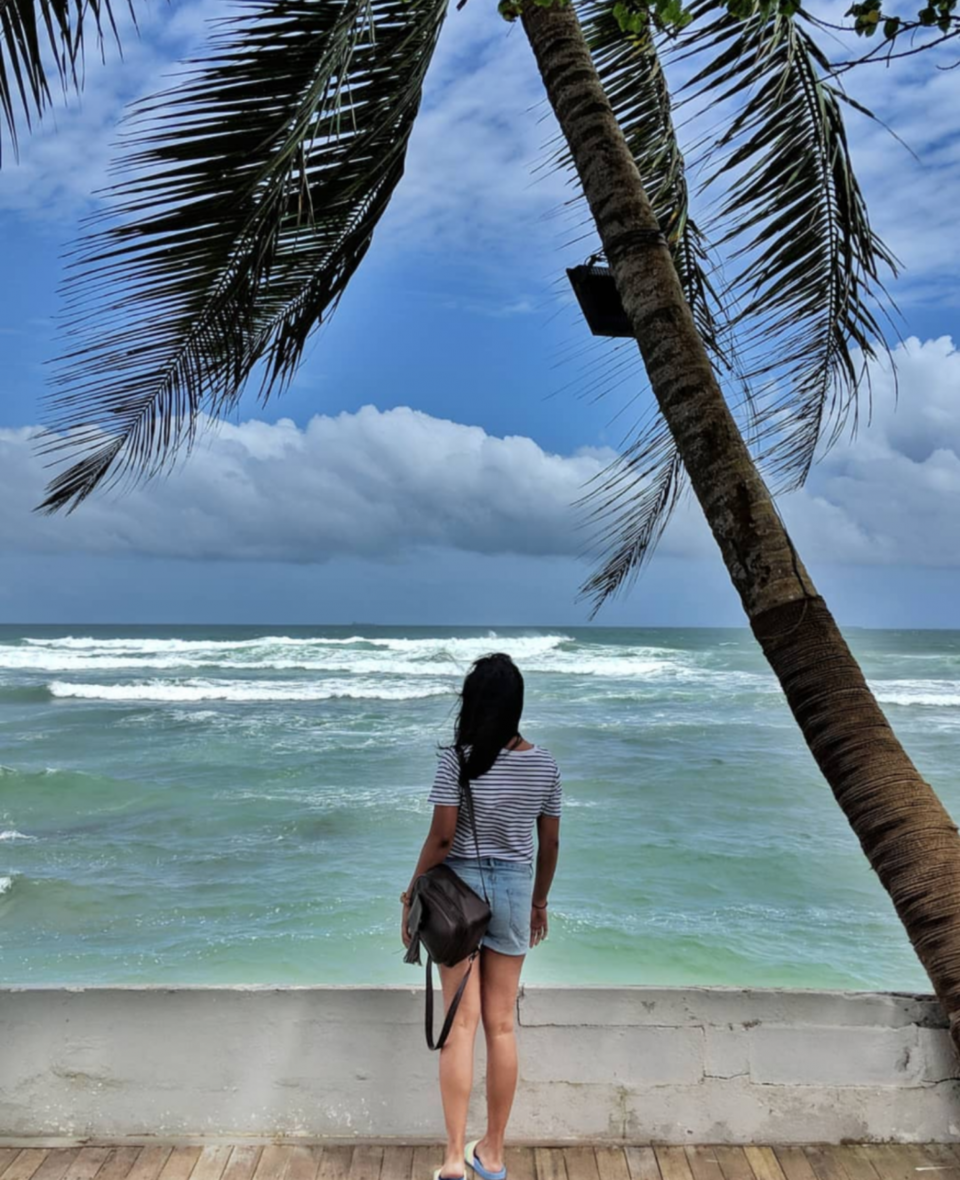 If the sound of silence soothes your soul, Galle is the place you need to be. This mesmerising city in Sri Lanka is located on the south-western tip of the country, 119 kilometres away from the capital, Colombo. There are multiple ways to reach Galle from Colombo, but the fastest option is to hire a car. However, you can also travel by bus or train to enjoy the view of the road, although that can be done if you are travelling by car too. I will write about my drive from Colombo to Galle in a separate post, yes there is a lot to tell. You can smell the sea from miles away even before you catch a glimpse of it. Some parts of Galle actually feel like medieval European cities, which is what made me fall in love with this place! 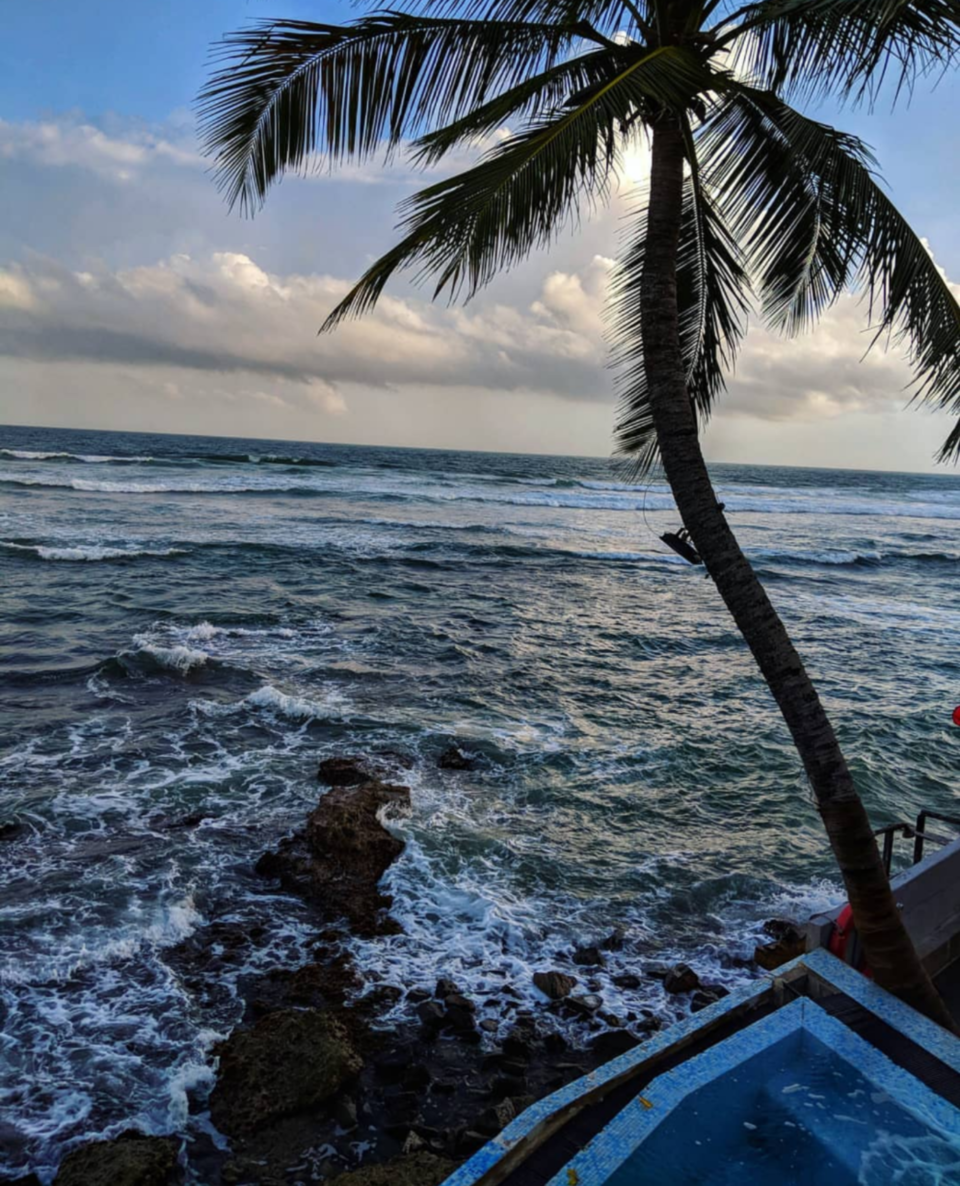 Galle has a very interesting colonial history attached to itself. The place was first mentioned by Ibn Batuta in the fourteenth century. A very prominent seaport throughout its history, Galle was the business hub for Persian, Arab, Greek, Roman and Indian tradesmen. Its history of European colonisation began in the sixteenth century, with the arrival of the Portuguese, followed by the Dutch and the British. The city was intensively fortified, and the Galle fort beautifully shows the amalgamation of Portuguese and native styles of architecture and traditions. It was left untouched by the subsequent British rule. 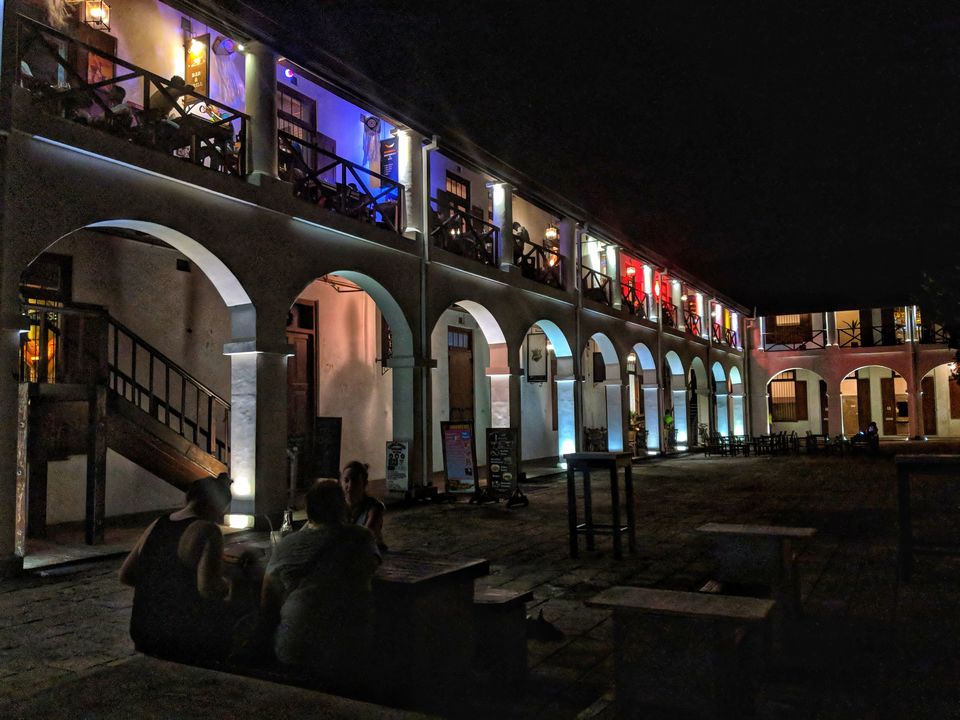 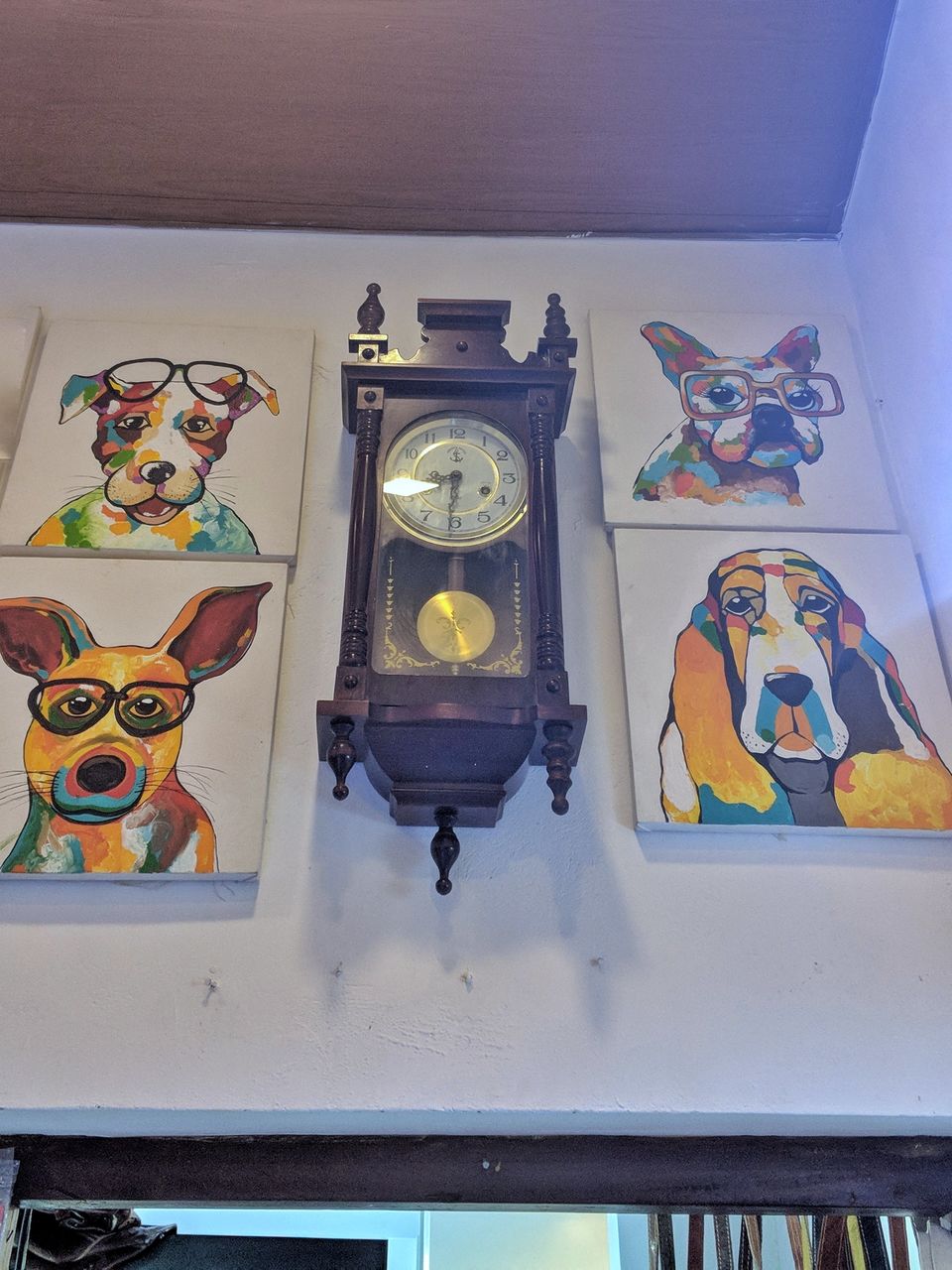 The Galle Fort is the most important tourist destination of the city. To this day, it remains the largest fortress in Asia with its origin in European colonial history. It is a recognised UNESCO World Heritage Site. It was built by the Portuguese in 1588, and further fortified by the Dutch in the seventeenth century. It has been maintained really well by the Archaeological Department of Sri Lanka. It has a very interesting history that encompasses many cultures and traditions, and that reflects in its architecture and design as well. Interestingly you will find churches, mosques and temples inside the Galle Fort. Lovely how several religions live peacefully side by side! Another important place to visit is the Flag Rock. It was used as a coastal defence at the southernmost tip of the Fort, and is now known for one of the most gorgeous sunset views you will ever witness! The huge natural rocks possess a magnificence of their own. The Groote Kerk, or the Dutch reformed church located within the premises of the fort, is also very famous. It is one of the oldest Protestant churches in Sri Lanka. The Doric style of architecture is indeed marvellous!

Pedlar Street is the food-street of Galle, with several small eateries to grab a quick bite on the go, as you explore the city. The Unawatuna Beach, with its stunning corals and 'banana-shaped' beach, is one of the largest and most popular tourist destinations in the country. The Galle Lighthouse, built onshore in 1848 by the British occupiers, is a must-visit for the amazing view of the ships in the Galle Harbour. 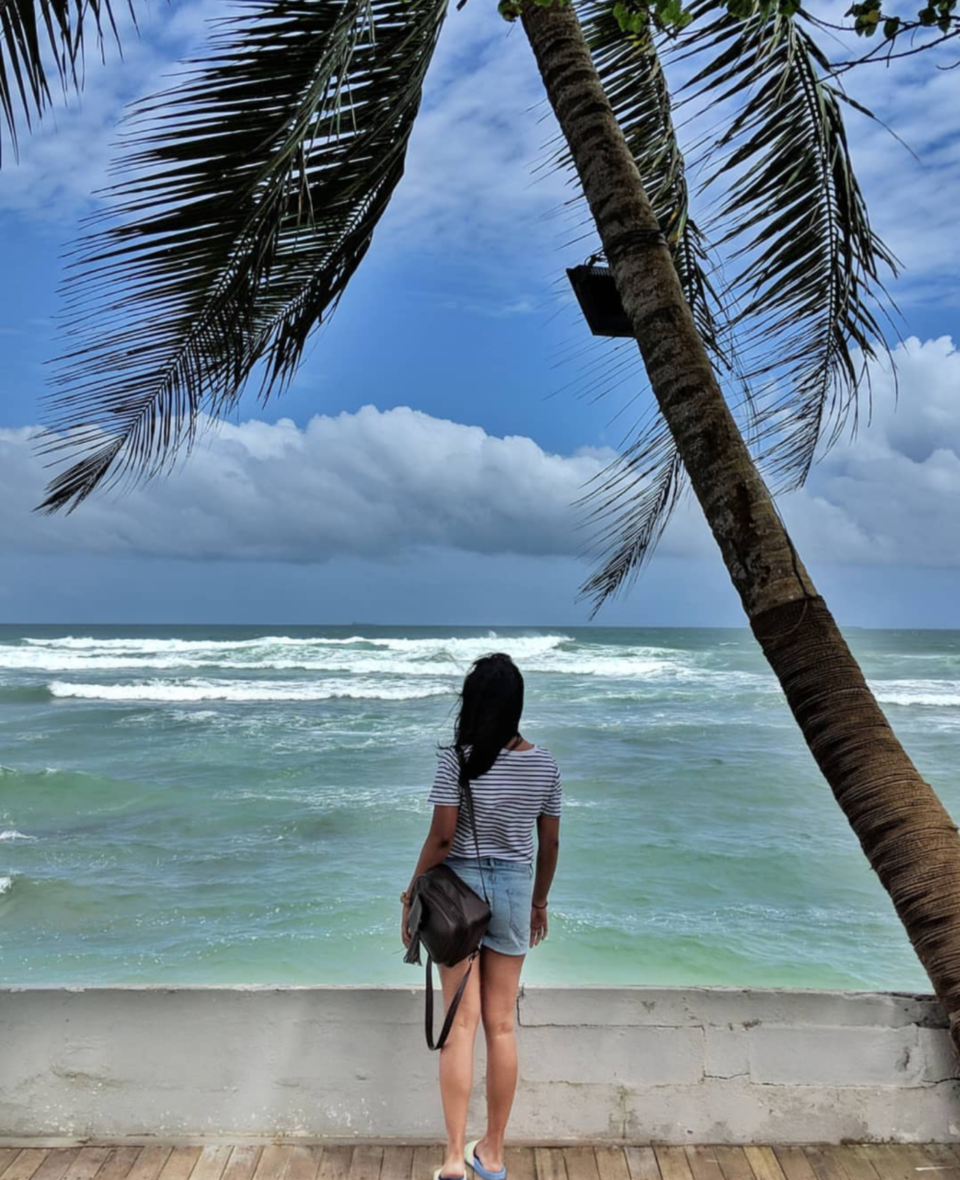 My visit to Galle was made even better by my stay at the Cantaloupe hotels. They have two sprawling properties in Galle- Where to stay:Cantaloupe Levels and Cantaloupe Aqua. Both the properties provide the most warm hospitality and luxury living imaginable, and they are stunning in décor and aesthetics. Go check out my blog posts on them for more details! 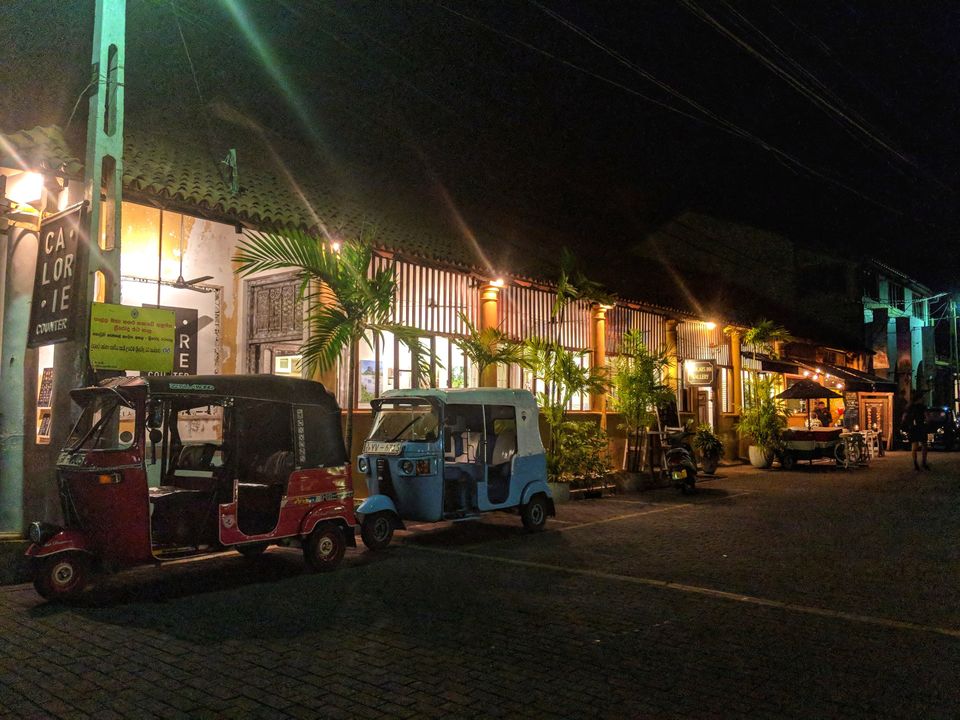 The Pedlar's Inn Café in Pedlar's Street is a very renowned eatery, with a cute pizza joint and ice-cream parlour which has just the right flavours! I don't remember the name of the flavour but it had hazelnut in it, it was the yummiest! The South Ceylon Bakery lived up to the amazing reviews that I had read, and it completely stole my heart. The menu is great and the ambience even better! A fancy dinner at Fortazela, a boutique hotel, can also feature in your to-do list, and you can always head to the Cantaloupe Hotels for a sumptuous and delicious lunch or dinner. A Minute by Tuk Tuk is another place that you must check out. I highly recommend it for its yum food and fun and peppy vibe. 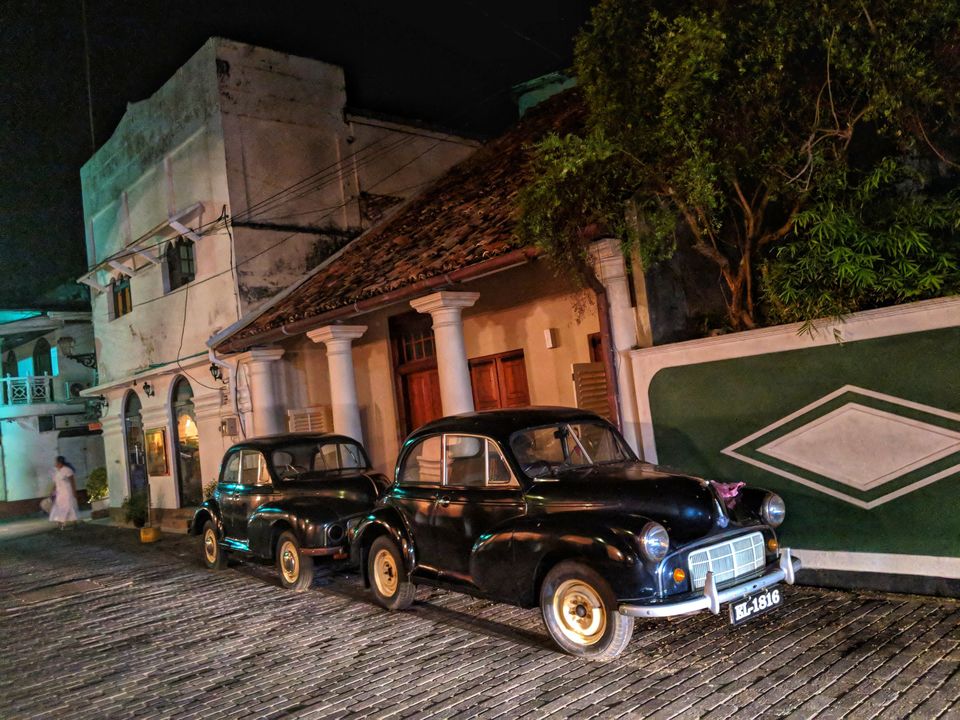 I had the loveliest time in Galle, and I plan on revisiting this enchanting place very soon, once again. I'm sure you will too!

This blog was originally posted on Eat Travel Laugh.