Lost trail of the hippies: Goa

"Is it all a dream, What must I believeWords are never ending, But meanings seem to disappear.."- 'So Lost' by Advaita

Goa is the epicentre where hippie culture started growing in the 60s & 70s. The home of psy-trance, Goa's relaxed culture calls out to the hippie in me whenever I need to unwind off all the worries and need the meanings to disappear in thin air. Being happy, living life at a slow pace and enjoying the moment are ingrained in the soul of Goa. With growing popularity, the beaches of Goa are in constant upheaval between the states of past and present glories. The fight between the commercialized and offbeat has a story to tell which many witness but sadly seem to miss. I was there to witness and remember both, this October.

Being a hippie, I wandered further north of North Goa after getting down from the bus at Mapusa. Ashwem, Morjim and Arambol is where a lot of hippies moved to, after Anjuna and Baga got overcrowded in the last decade. South Goa became another story of affairs. We rented bikes at Mapusa and decided to head towards Arambol Beach.

We started our trip with a heavy breakfast with cocktails and beer at 21 Coconuts Inn on Arambol beach. The food was average, but the shack had a good range of cocktails.We made our way to a little shack further down the beach, 'Laughing Buddha' which had brilliant soothing music, a delicious breakfast menu, shanty and clean huts. The mushroom shaped umbrellas in the porch gave an unreal feeling of living out a fantasy. The huts had pictures of Shiva and Buddha building an aura of spirituality and excitement in the shack. No wonder that the shack attracted backpackers from all countries. I met a traveler born in Sri Lanka, brought up in France who couldn't fathom the beauty of the sea from the shack. Israelis and Russians flocked around the shack to savour the delicious menu. The shack also had a small stack of books written in Israeli and English, which you can pick up around your meals. My days in Goa always started with a beer and then a dip in the ocean. The ocean is much cleaner than in Baga and Calangute. The scrambled eggs with butter toast was a mandate, which had to be consumed as the first meal of the day. The beers followed the course, as the day passed. The Ricoto Brushette and Spaghetti Carbonara at Laughing Buddha were a treat for my taste buds. Our first day passed while ravishing the sights of sea at different times of the day. It's a wonderful sight when you come to observe that every wave of the sea is a different shade of turquoise and all of them change shades with every passing wave.The brunch on our second day happened at one of the most raved about places on Arambol Beach, German Bakery. They won brownie points for letting us play our own music. They served a delicious platter of seafood sizzlers with White Russian, cocktail with a blend of coffee & vodka. I relished the taste of nutella pancakes from a friend's plate. Nutella pancakes are a must have in your breakfast if you happen to visit the shack at any point of your life. Although the staff took a long time in bringing the order, the warmth of the place kept us tamed with peace.After another dip in the sea, we headed to Baga for a night of extravaganza and hysteria, to see the commercialized side of Goa. The ride through the bridges along the way and the marshlands was breathtaking. The Tito's lane enchanted me with the boards proclaiming which pub has the cheapest deal in happy hours. We went to explore a new pub in front of Tito's called 'Get High'. They couldn't be more straight forward with the name, could they! The club played an eclectic mix of Russian and western tracks with a DJ trying to please many. The dance floor was soon covered with people enjoying the night in a haze of hysteria. The night couldn't have ended here. A trip to the beach isn't finished until you lay down on the sand looking at the countless stars in the sky.It was a late morning, the next day. Our last day was spent trying to collect as many memories as we can, sitting on the porch of "Laughing Buddha." A walk to the rocks in the north of Arambol beach at sunset captured my soul for eternity. With a great mismatched market on the rocks and the mystique built around them, it was one of the most memorable sunsets of my life. With the last dip in the ocean upon the setting sun, I promised to return soon to the land where I feel calmness even in the most turbulent times.

The Beach Huts and the mystique around the porch 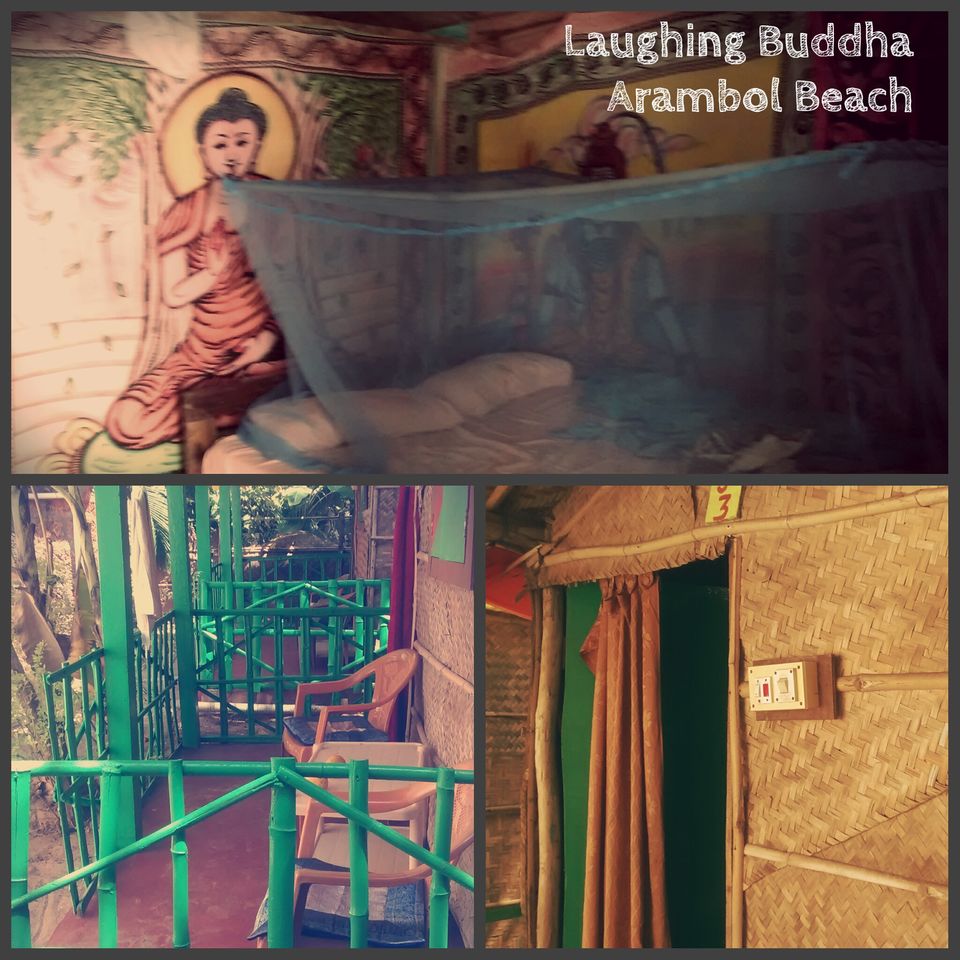 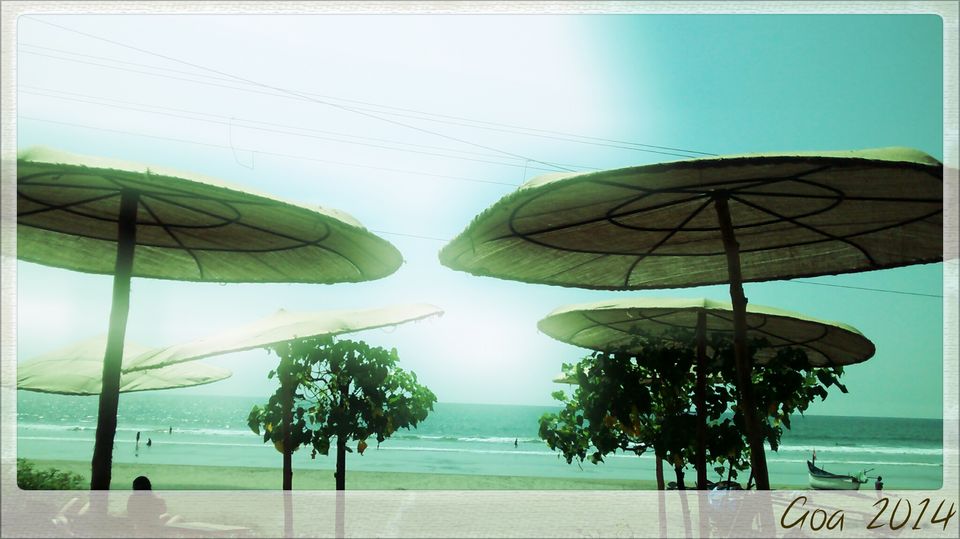 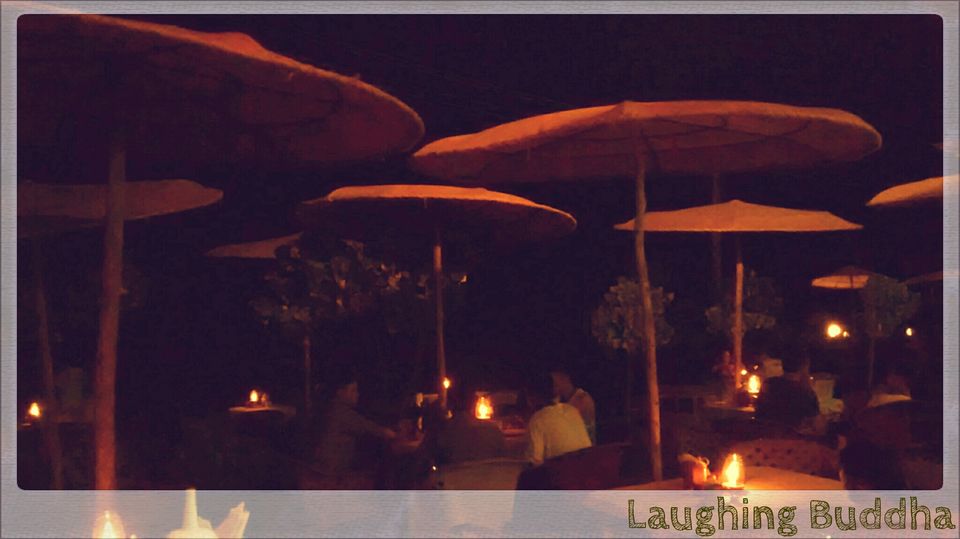 The Nutella Pancakes and the Seafood Sizzlers

The eclectic mix of songs and crowd 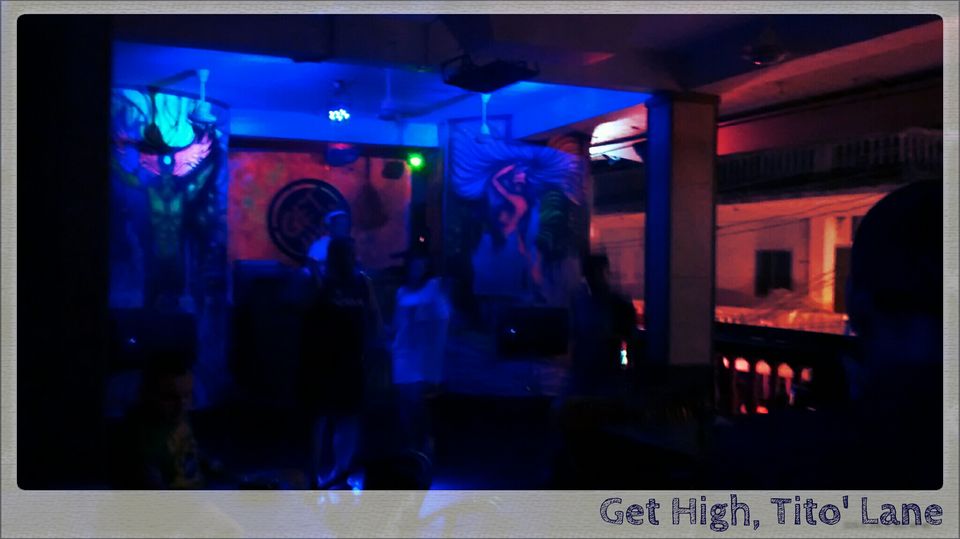 The dip in the sea and the walk to the rocks