It all started as a well planned journey, which 3 friends had to embark upon. But as it always happens, one ditches and the castle of cards fall. So here i was sitting a day before our supposed trip wondering what to do.

Thus in an instant reaction, a car plan changed to a bus one and solo tickets were booked to and fro via HRTC Himsuta Service. So the next day evening I was boarding the bus to Bhuntar with my excitement.

Day 1 : The bus dropped me off at Bhuntar. Thereafter, I walked to the local bus stand around 100 Mtr away and boarded a local bus for Kasol, which was dirt cheap and the reward was stunning views of the Parvati river valley. Upon reaching Kasol, booked a room in Krishna Palace which was a decent and cheap hotel. I ran through the planned schedule and decided that I was going by it. So, after some rest and lunch I headed for Manikaran on foot as it was a 30-45 mins walk one side. The most peaceful part about a walk in a river valley is the sound of flowing water that greets you along with rustling tree leaves. So, after spending sometime at the peaceful Manikaran Gurudwara, soaking in its peace and blissfully submerging my feet in hot springs - I headed back to Kasol at 5PM on foot again with the drizzle keeping me cold apart from the freezing temperature.

Day 2 : The plan was to trek to Rasol starting 8 AM but due known habits it became 11 AM. But nonetheless I started trekking towards Rasol and that too quickly because as per locals it would take 4.5 hours one side. The trek was mesmerizing, steep and demanding. There were all types of trekkers that I met en route ; the hurt, tired, exhausted and the energetic. I steadily moved ahead although I could feel my energy levels dropping and after a few 2 minutes water stops and 2.5 hours of trekking I found respite in a small eatery and treating myself to Maggi and Omelette and matter how much anyone praises the maggi in the hills, its is only loved because of the respite it gives and not its taste. I headed up towards Rasol again which seemed near but wasn't. After 3.5 hours of total trek including breaks I reached Rasol and Oh Boy! Looking down where I came from, the sun and sand below to Snow and Shade above gave me a sense of being rewarded for my efforts. What followed was a meal of simple food and the stuff that the valley was famous for, following which I started my descend back to Kasol lazily filled with contentment and unwillingness.

Day 3 : The Plan was Kheerganga but the place was rendered inaccessible by snow. So, a cab ride later i found myself at Barshaini after which the road to Tosh was snow laden and not vehicle friendly so I started walking and at times sliding towards Tosh. 30 mins later what greeted me was a wonderland of snow with flowing water, greenery and few people. It was freezing so I headed for Pinky Didi Guest House of which i had heard, and had snowball fights with local kids on the way. The feeling of have piping hot tea and snacks in such biting cold with snow capped peaks in view was breathtaking.

The only regrets were not being able to visit Kheerganga and Malana due to excessive snow. However, keeping that as a motivation to return I descended back to Kasol and boarded my bus back to Delhi against my wishes to do so.

The first View from Bhuntar 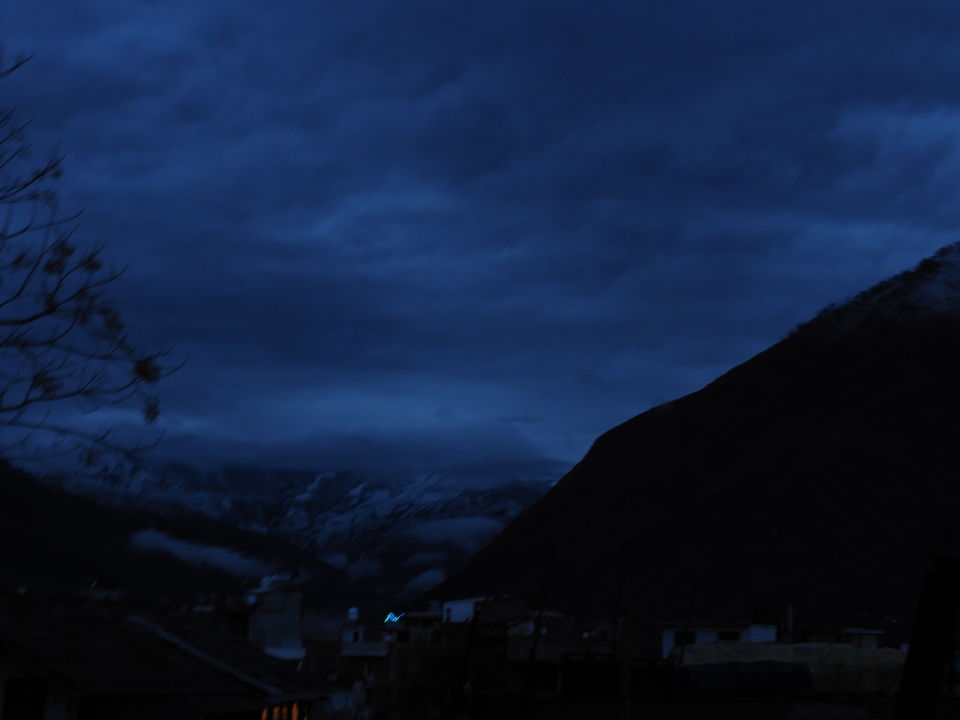 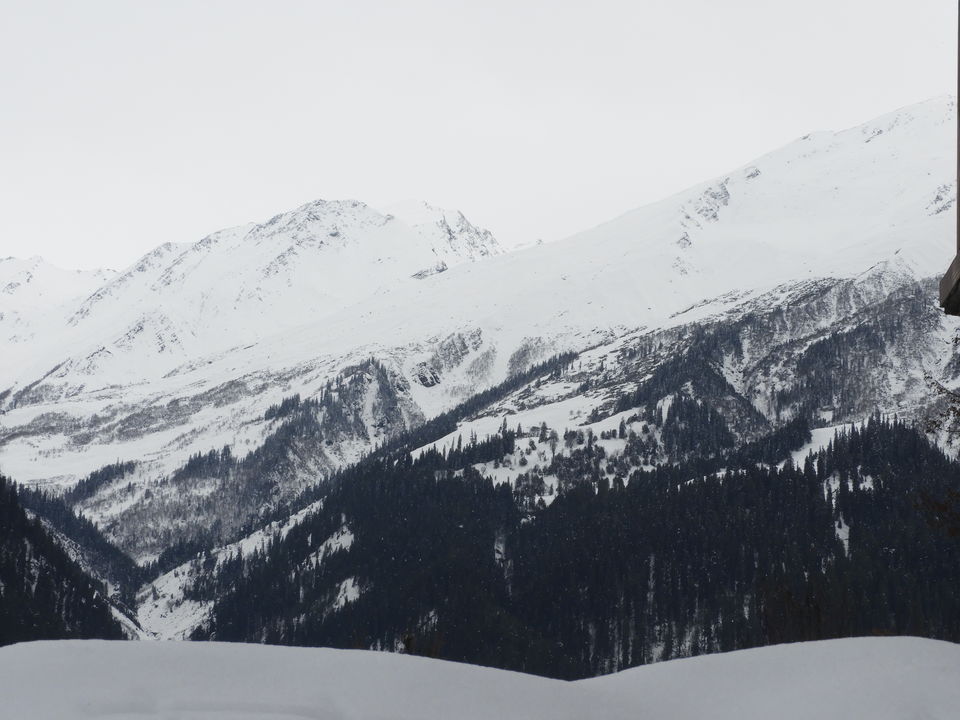 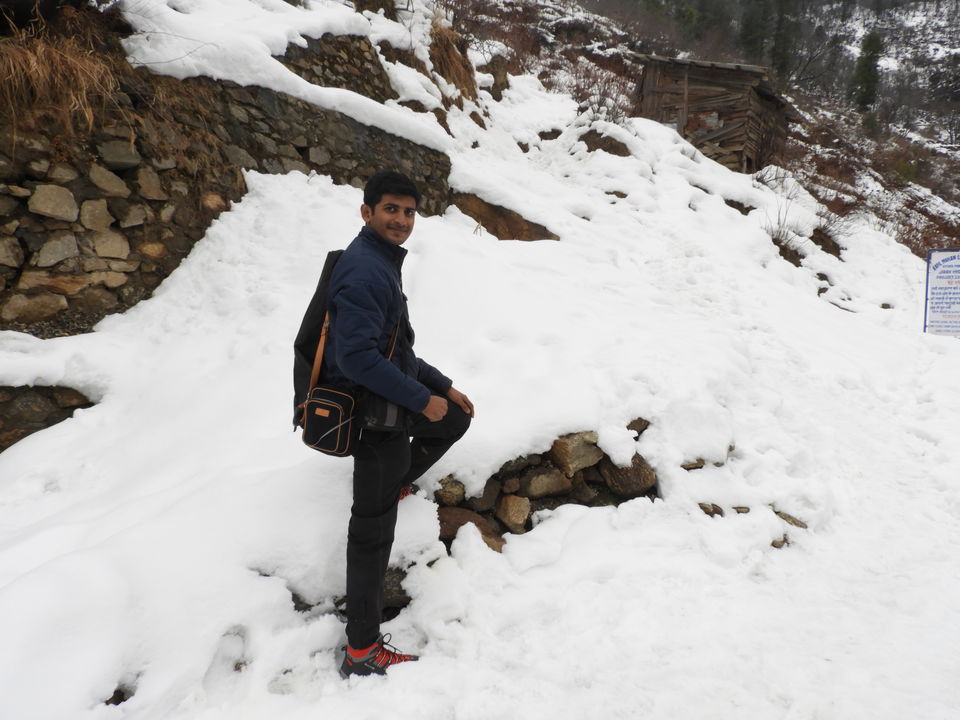 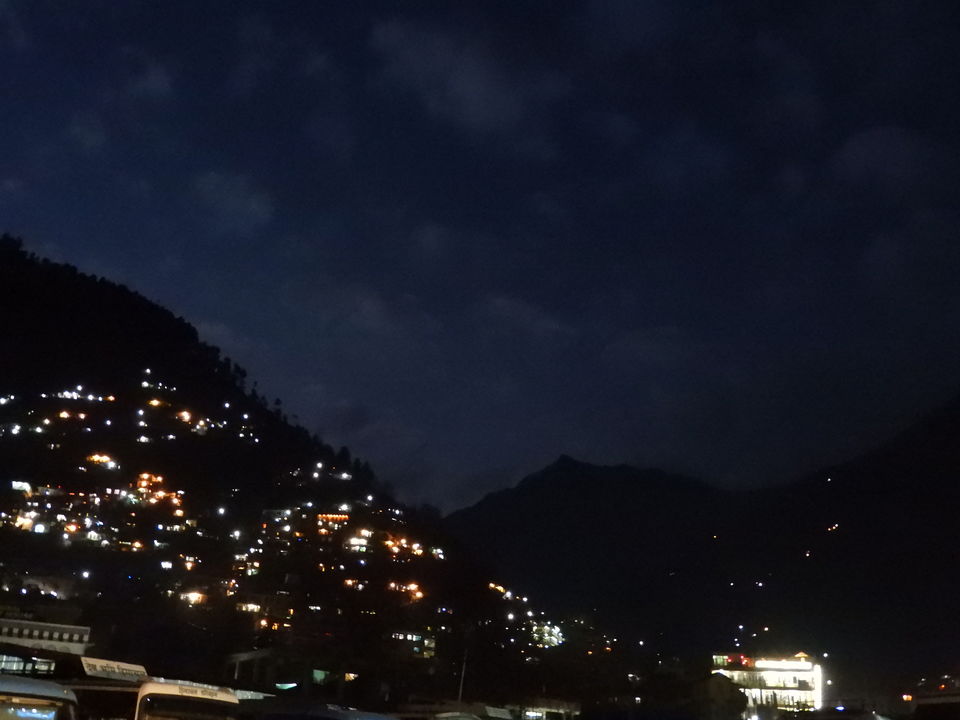 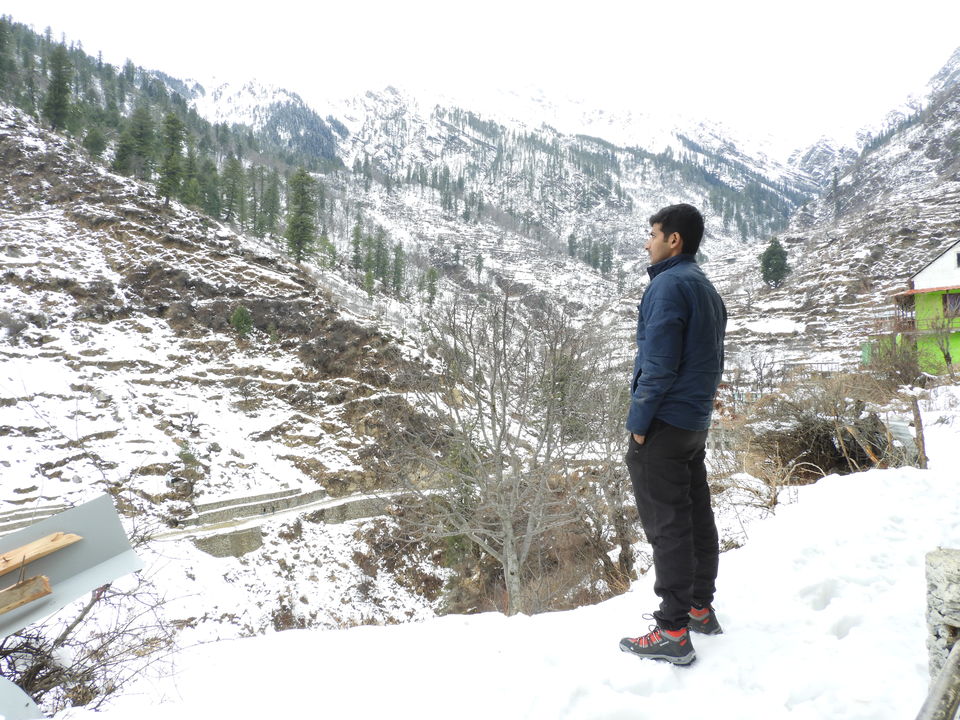 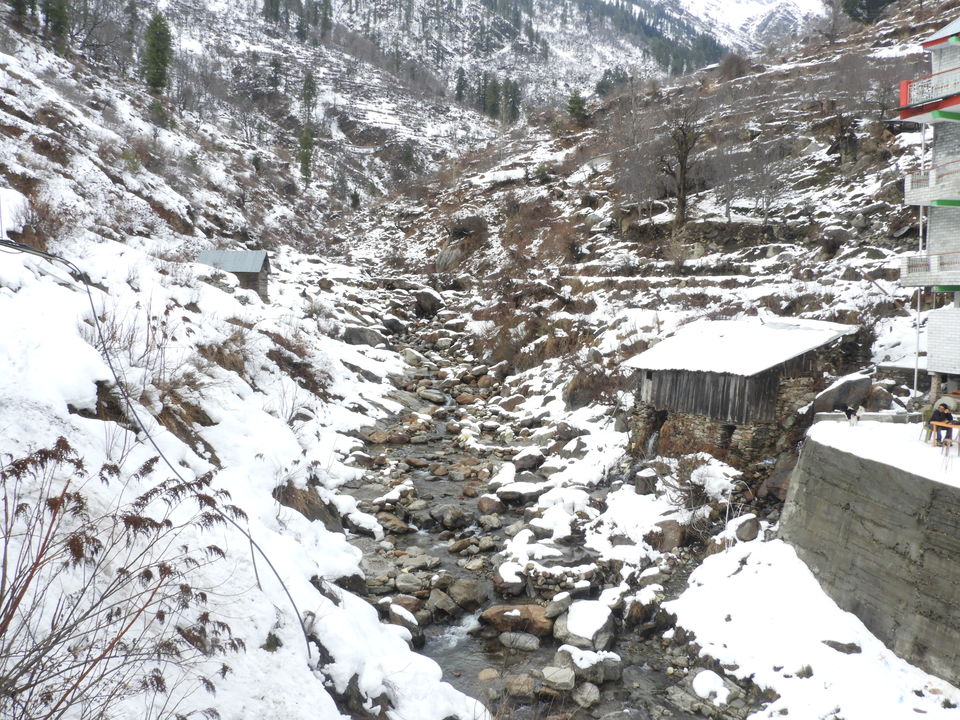 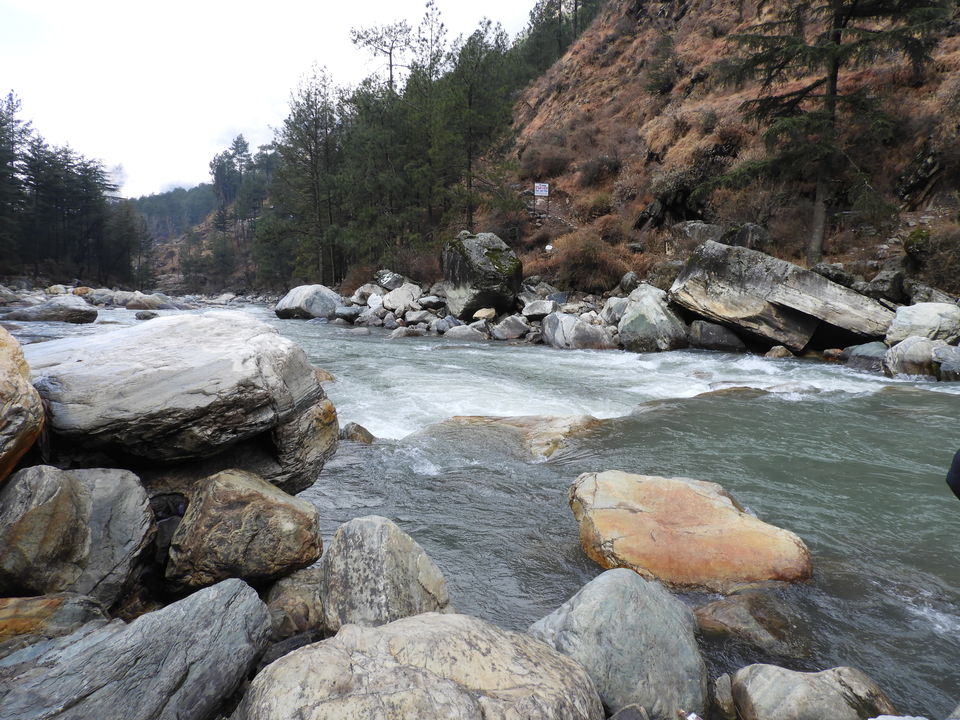 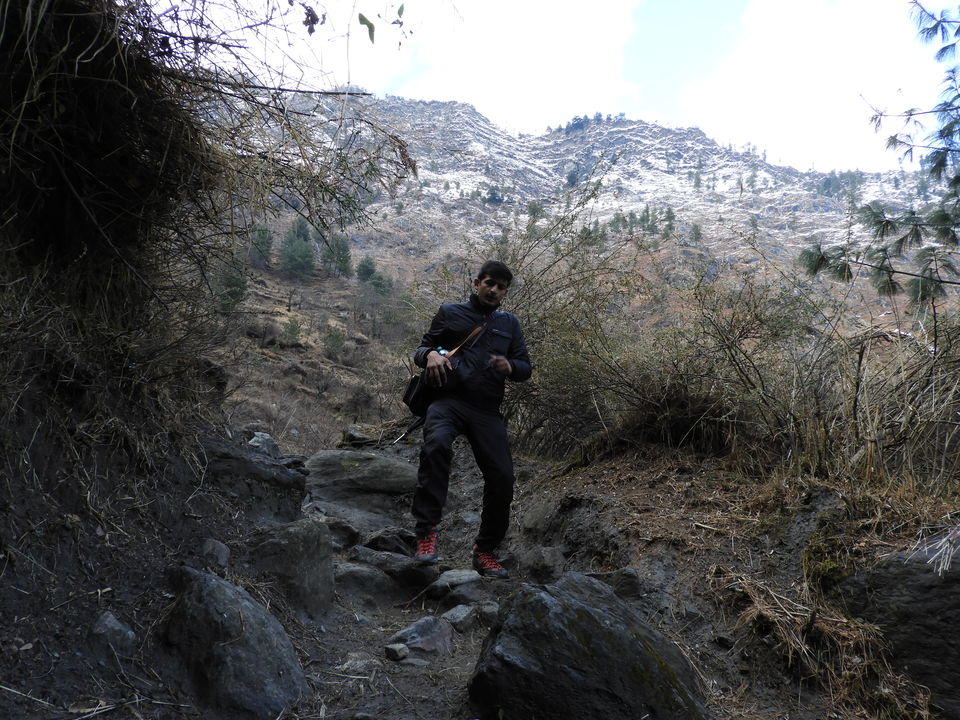 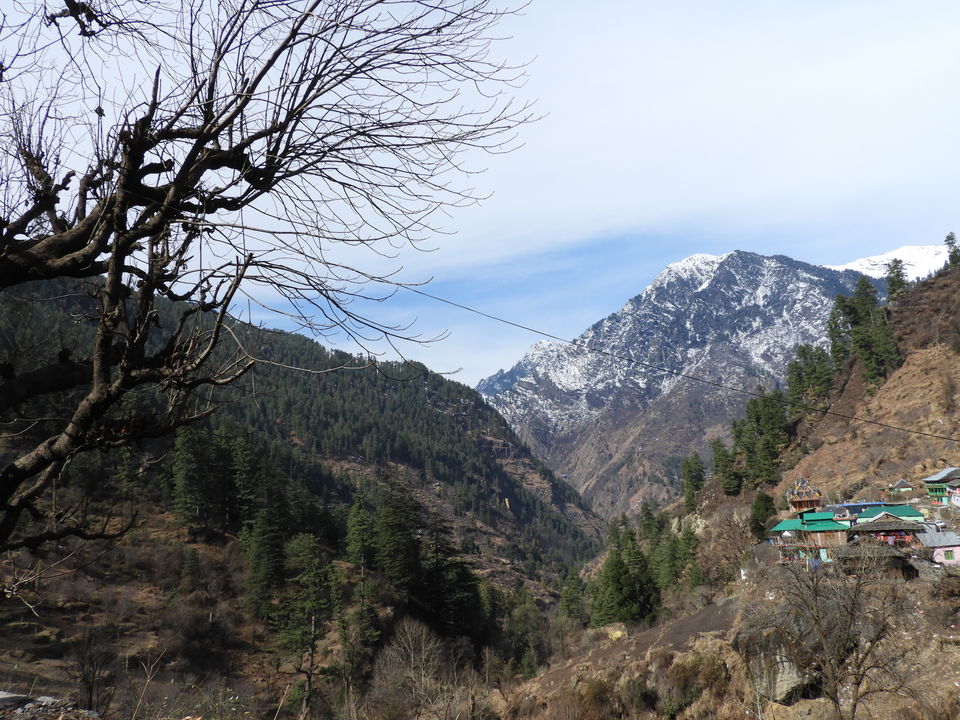 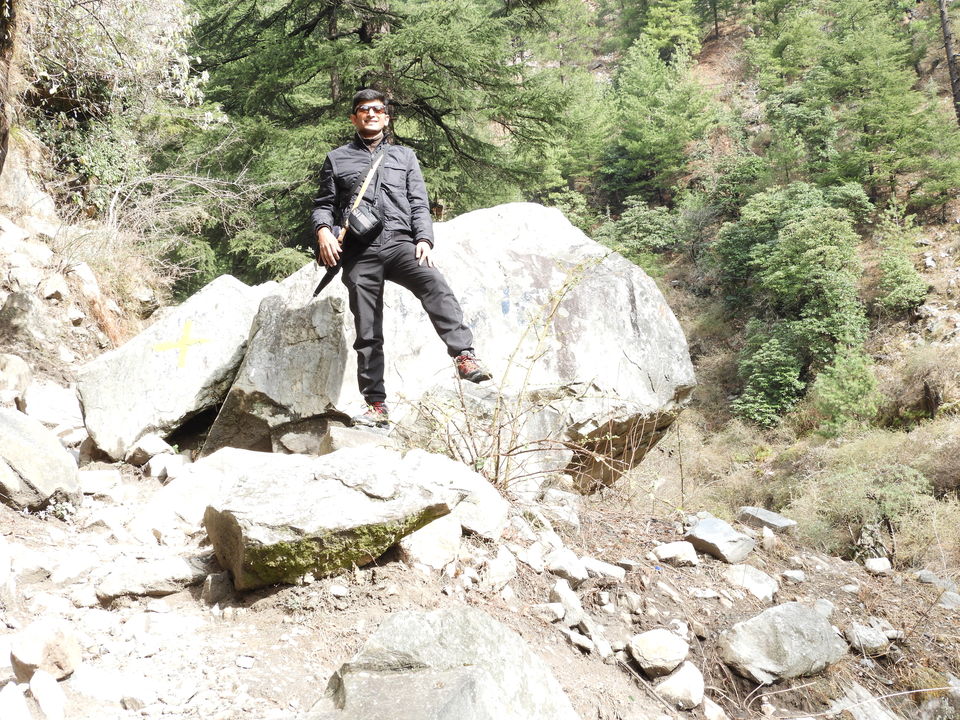 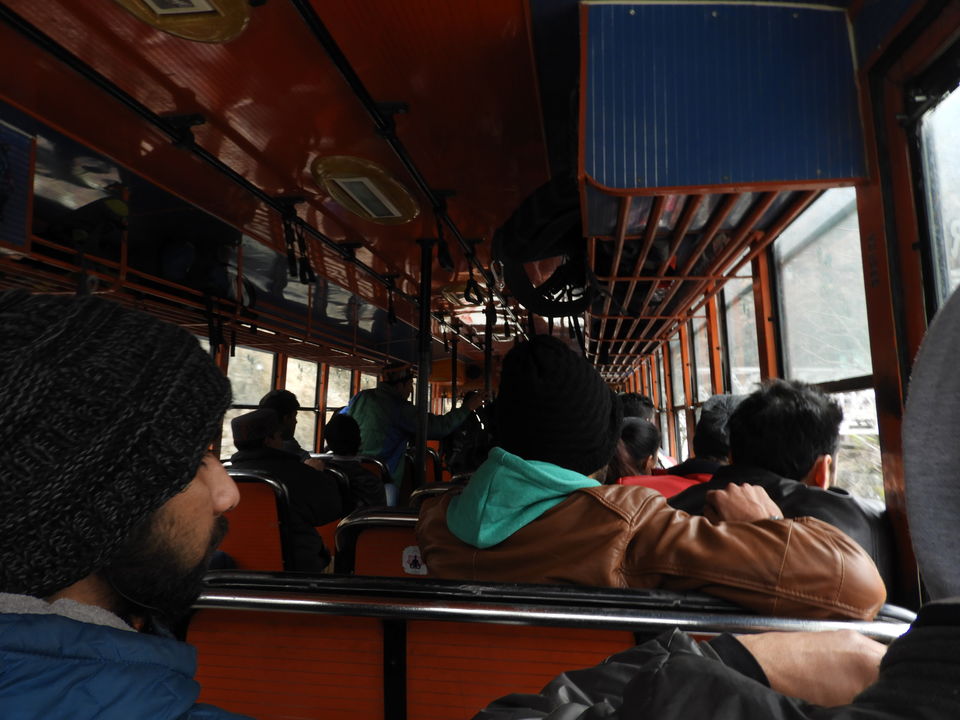 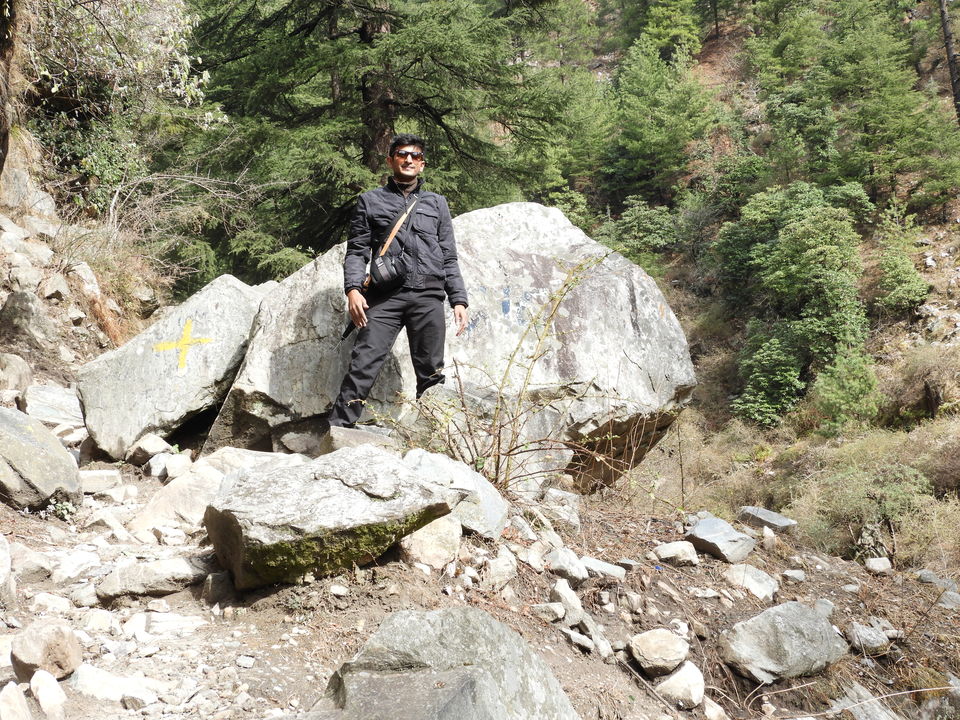 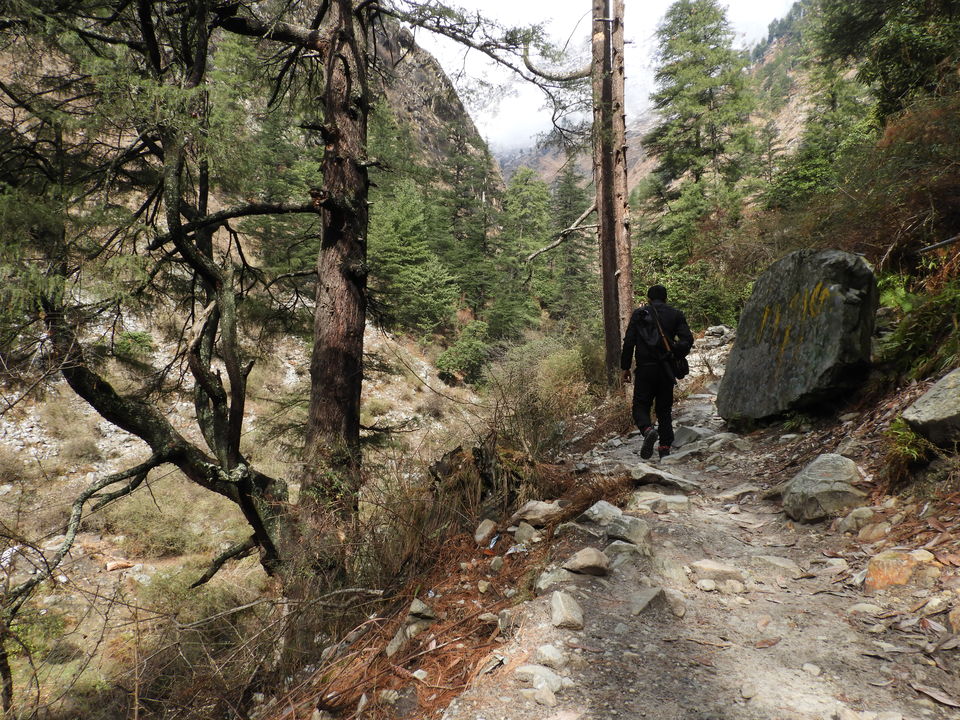 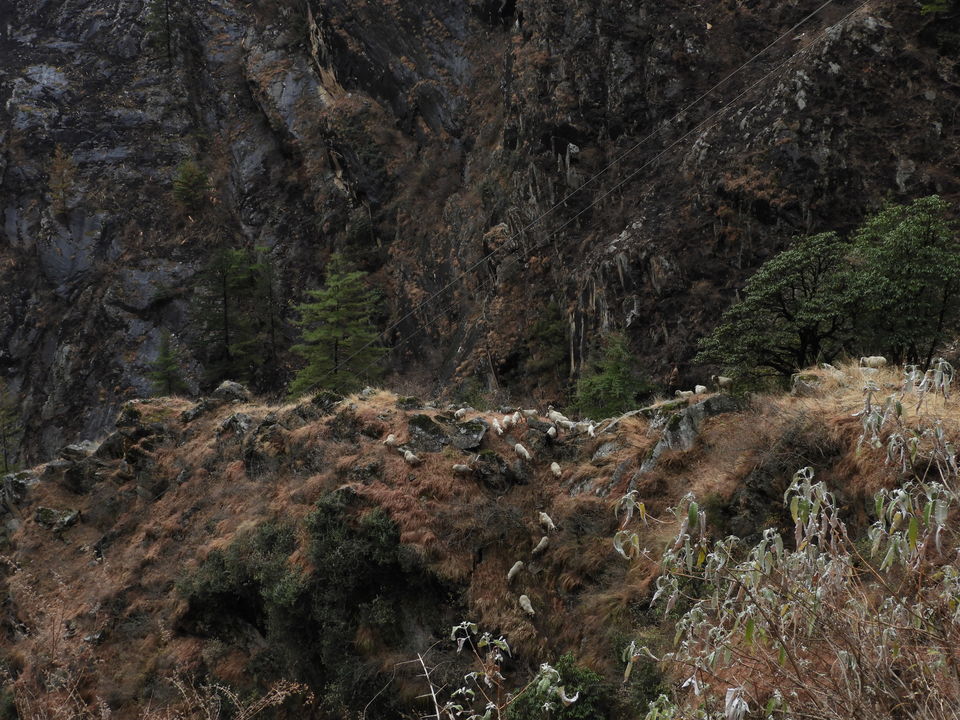 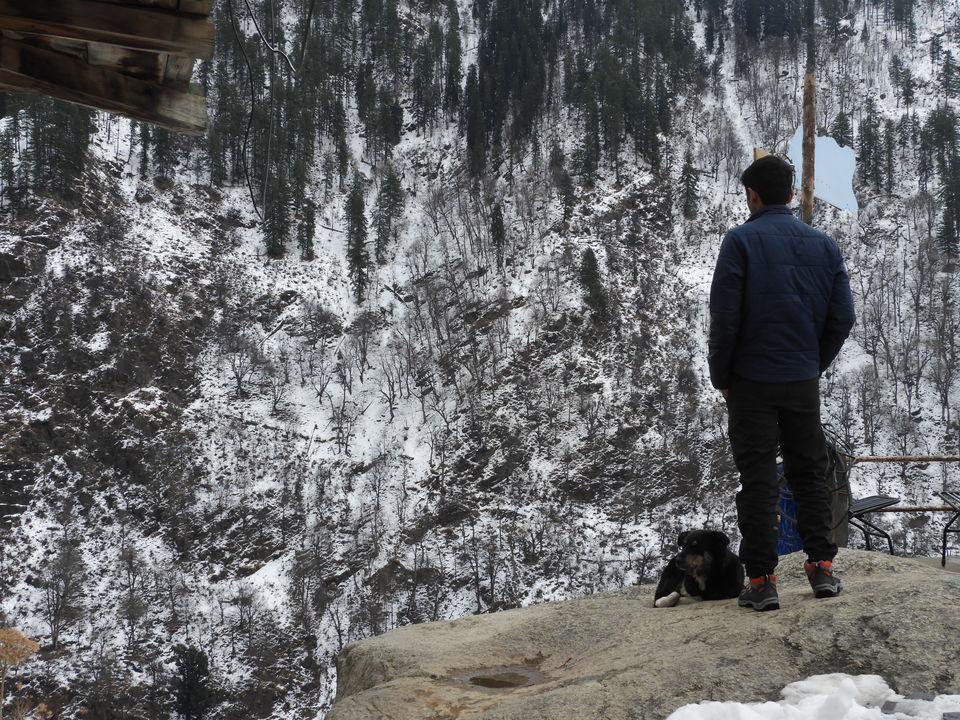 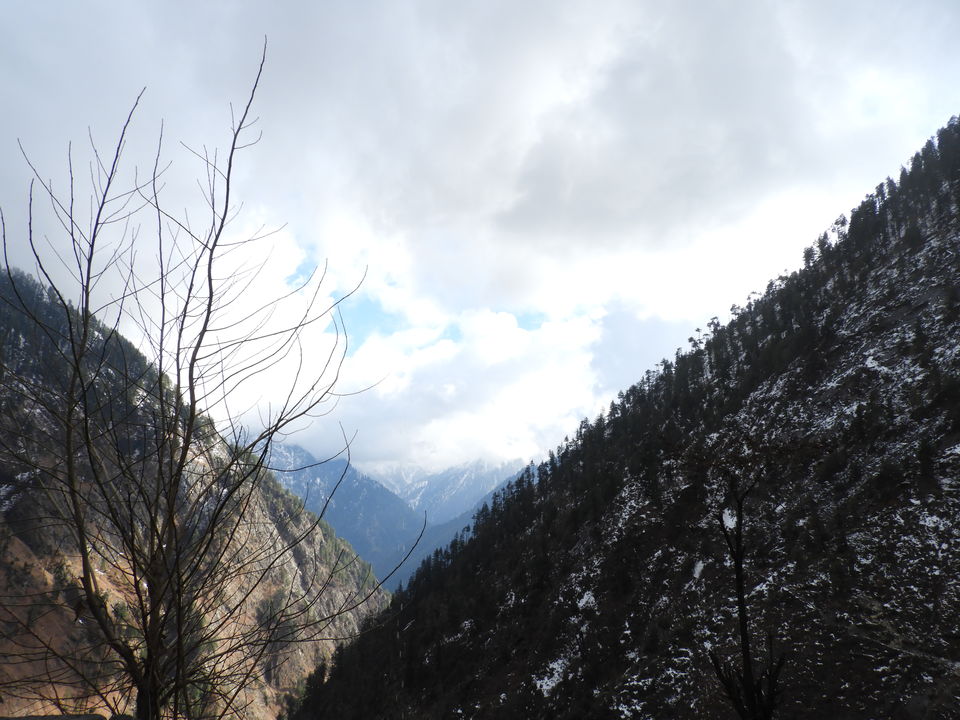 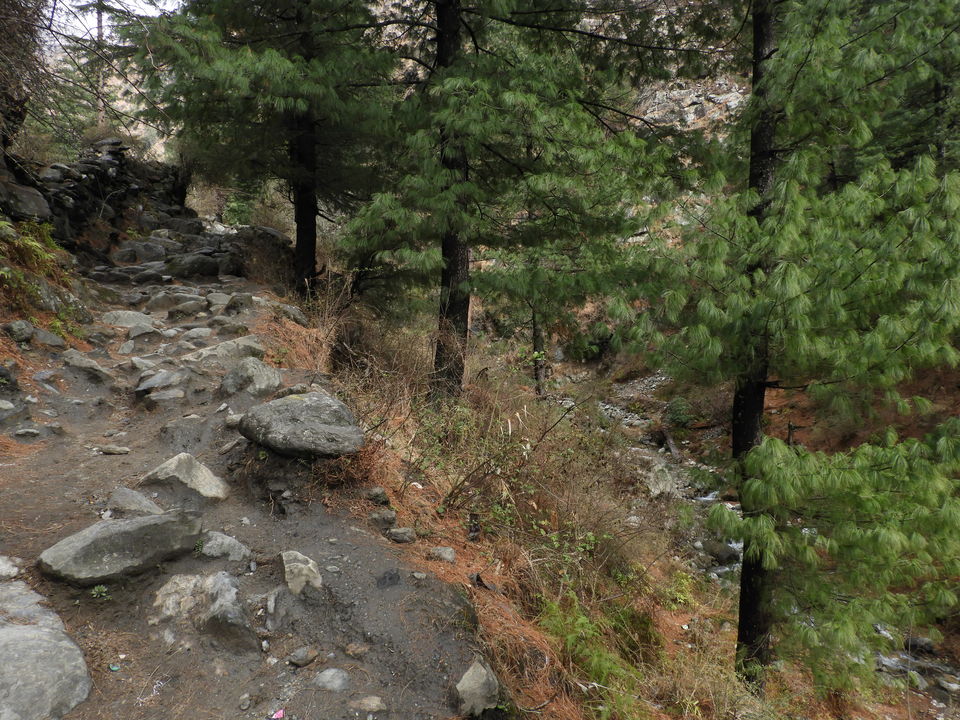