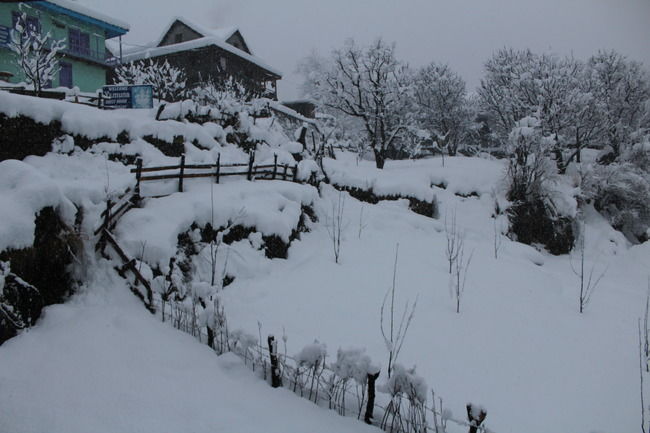 Even though we have seen more than enough of hill stations and mountains in India, we still had (have) the urge to explore more. And so, we set out on our most daring and risky adventure till date. Growing up while watching Disney movies and dreaming to visit the Hogsmeade village, I was always fascinated with snow and to see a snowfall was at the top of my wish list since I can recall.

It was February end and my birthday. The trip to Kasol (Himachal Pradesh) was totally unplanned and so the adventure began. We left Delhi by bus (from Kashmiri Gate) at around 6:40 in the evening and reached Bhuntar (in Himachal) at 7 in the morning the next day. Kasol is around 30km from Bhuntar, so we boarded a local bus and reached Kasol in another two hours. It was March 1 and cold winds were blowing through the mountains.

Making a pit stop at a tea stall we then booked a cab (Rs700) towards Barsheni to reach Tosh. All these places were new to me as I hadn’t even heard the name of Tosh until then. And that’s where the magic lay... in not knowing.

Tosh is a village at the end of the Parvati Valley. We had to get down from the cab at Barsheni (about one hour from Kasol) and then trek our way towards this hamlet, 3km away, due to previous nights’ rainfall and snowfall which had blocked the roads. With backpacks on, we started the trek, which was easy with only a few risky slopes on the way, when it started raining. All of a sudden, the rain drops turned white and before we knew it, it was snowing. By the time we reached the village (after two hours of trekking), it was snowing heavily and we made a stop to have tea. Here we were told that almost all shops and hotels were closed due to the bad weather. But for us, the weather was just perfect.

Tosh was a quiet place with very few eating joints and hotels. We trekked a few more miles and reached Hotel Hilltop at the end of the village where we managed to get a decent room to spend the night. It continued to snow so we decided to stay in and have dinner. The hotel crew was very welcoming and on our request, they arranged a bonfire in the balcony and got us rum to beat the chill. Our plan for the next day included a walk around the village and then heading back to Kasol.

But it was not to be. The next morning, we were welcomed by at least one feet of snow which had settled outside our hotel as it had not stopped snowing the whole night. We went out for a snowball fight and of course, a photo session.

With little time on our hands and yet another place to visit, we decided to brave the odds and trek our way through the snow to reach Kasol. But little did we know that another escapade was waiting for us. With the entire village now white and looking something like a Christmas card, there was only snow lifting in the wind, frosting the window glass and hushing the city. Nevertheless, we started making our way through a narrow path when just 5 minutes later, I slipped and could have fallen down the steep slope but was saved by a friend behind me. This scared us enough and deterred us from moving ahead. We then called out to some locals for help who guided us on the way. Even with help, we slipped on the snow and after an hour of getting scratched by trees and rocks, we reached the entrance of the village.

With the snow still falling thick, the locals advised us not to carry on and find a place to stay in the village itself. So, we checked into a guesthouse, popularly known as Pinky Didi’s guesthouse by the locals, and were welcomed by a very warm hostess who provided us with food, a room (Rs 100 per person) and woods to light fire (Rs 250 for a bucket filled with wood). So we settled in for another night in Tosh. The next day brought some reprieve, but a thick blanket of snow had already covered the entire village. Early in the morning we started out trek towards Barsheni, this time with a local guide/porter.

The trek downhill was worse than before and after three to four hours of slipping and falling (sometimes hanging by the roots of mountain trees), we reached Barsheni. Here we hired a cab (Rs800) to reach Kasol. Another obstruction came in the way of a landslide which held us up for over two hours. With little food and water, shivering with cold in the cab and with wet feet which turned a light shade of blue as time passed, it was almost 9 in the night when we reached Kasol.

Kasol is situated near the banks of Parvati River and is known to be a mini Israel as many tourists from that country visit the place while some have even made it their home. Even many signboards here are written only in Hebrew.

Kasol is more of a commercial town with cafes, hotels and places to explore but surprisingly with only one ATM in the entire town which is packed with tourists during the peak season. And shockingly that one ATM remains out of order most of the time. There are tourist guides who help you withdraw money through one of their machines for which they charge 5% commission. Carry enough cash with you, lest you want to pay extra to get your own money.

It is also important to mention here that Kasol is known to be ‘stoners’ paradise’. This is where some people come to get high on the openly available hash and marijuana, while others come here to relax or just chill out. From the hotel staff to roadside hawkers and even beggars, all of them had some ‘stuff’ on offer for tourists. There were also numerous Shiva-inspired cafés as Lord Shiva was himself known to be a consumer of marijuana.

Locals here can be heard chanting Shiva’s name on the streets while some can be seen wearing Bob Marley t-shirts, hippie clothes and sporting deadlocks making this place look something like a scene from the famous ‘Dum Marro Dum’ song. For those not looking to mix into the hippie culture, there are some really good cafes which offer delicious food and ambience.

We had some good Israeli food at Evergreen café which has an amazing outdoor seating area offering a view of the snow-capped Parvati valley. There is also a German Bakery known for its desserts and pastries but being an off season in March, most of the cafes were closed including this famous bakery. We roamed a little more around the beautiful village and walked around the banks of Parvati River and called it a day. We boarded a bus at 6 from Bhuntar to Delhi which brought us far from the magic and back to ‘life’.

Lots of food & drinks for Tosh

For girls: Pack your toiletries and feminine products before going to Tosh. Don’t expect to buy them here. 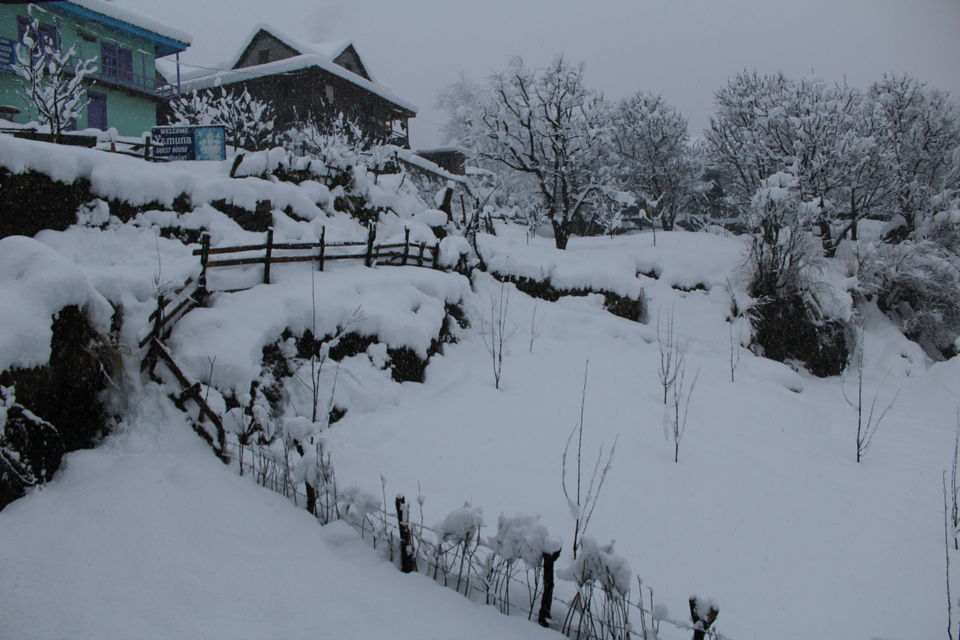 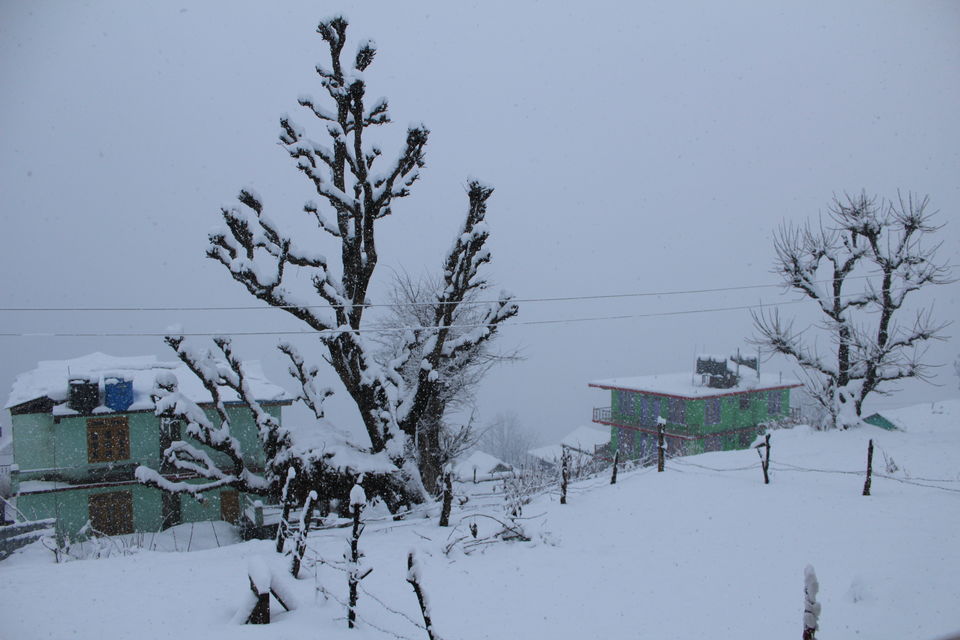 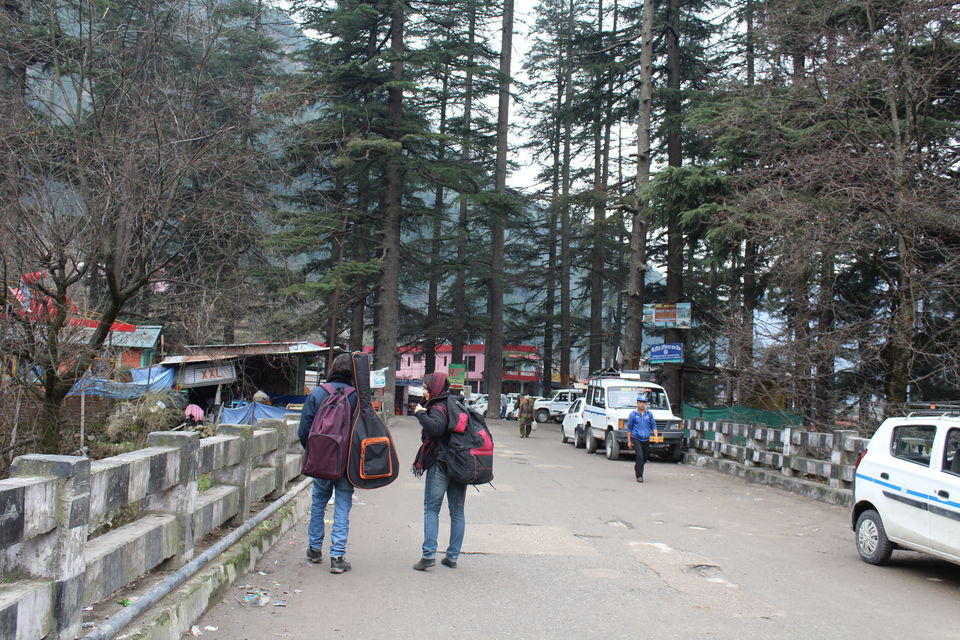 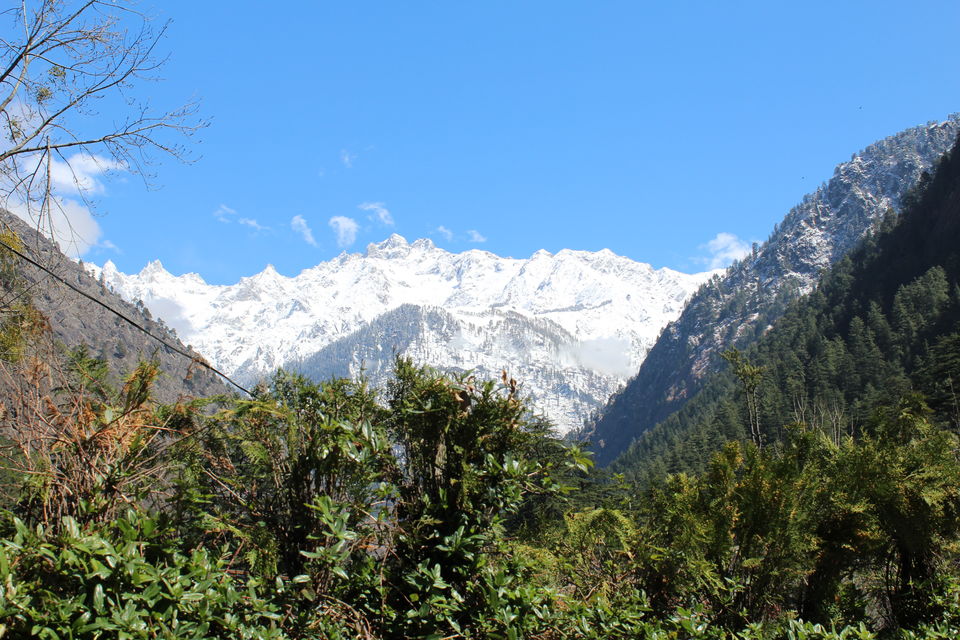 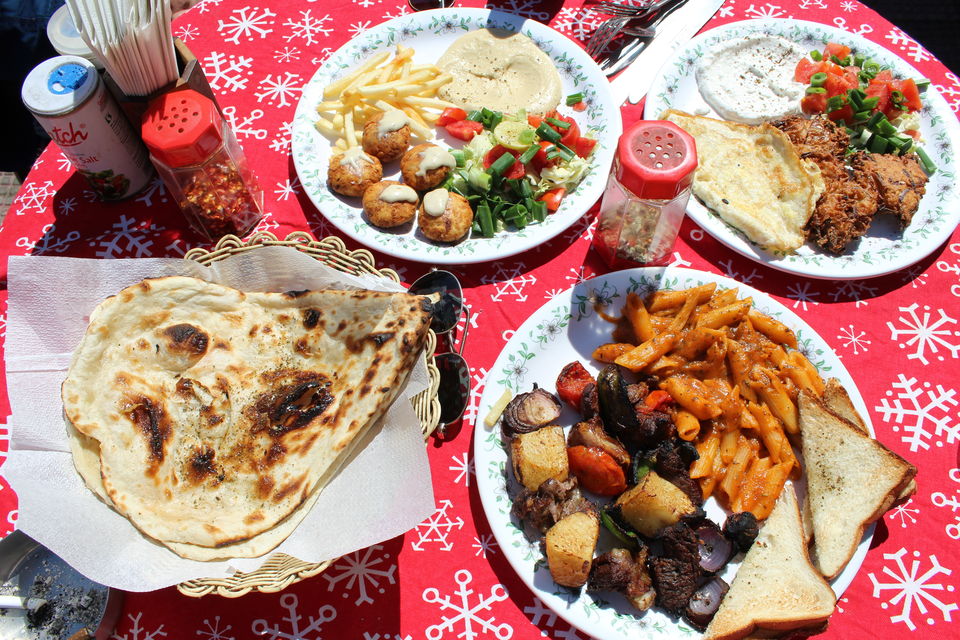 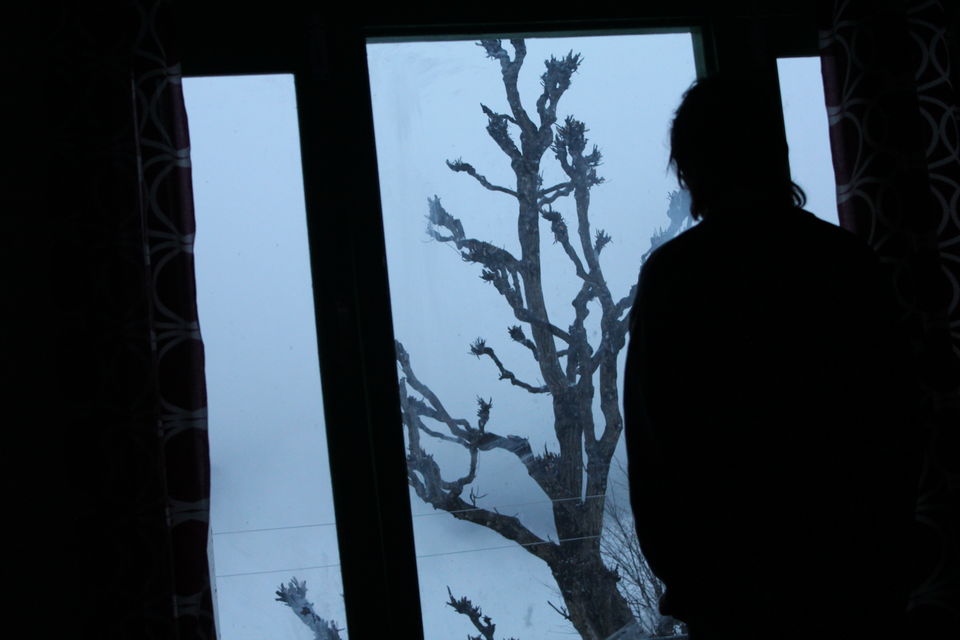