5 Temple Towns You Should Visit in South India

Whether faith is the cornerstone of your life or you believe that this is all there is to it, temple towns make good destinations for a short break. Even if you don’t mean it as a pilgrimage, temples are magnificent examples of architecture and art. They’re also a real testament to our past and what our ancestors believed in. Without understanding that, we can’t really know ourselves.

There are, of course, so many more temple towns in south India. Tamil Nadu especially is full of them – Kanjipuram is called ‘City of a Thousand Temples’ and you could also go shopping; Madurai is particularly famous. Kerala has the much better known Guruvayoor temple and Sabarimala. Andhra and Telangana too have notable temples like Thousand Pillar Temple and Jagannath Temple. But these are our picks because they’re very special.

Mahabalipuram is now more correctly called Mamallapuram, and is one of the best temple destinations in south India. ShoreTemple with its Shiva Lingam, built in 700 AD, set in a landscaped park, is worth visiting no matter where you stand on theism. Unfortunately, part of it was rebuilt after a cyclone damaged it, and a lot of the carvings have been eroded. Pancha Pandava Rathas are not that old. By not that old, we mean that they were carved out of rock in the seventh century. Thirukadalmallai is another temple, this one dedicated to Vishnu, and also extremely old. You’ll also find plenty of caves among the hills of Mahabalipuram with carvings that date back to the very early part of last millennium, like Arjuna's Penance, Mahishamardini Cave, Varaha Cave and more. The flip side of going to Mahabalipuram is that it’s also got a few lovely beaches once you’re all templed out! 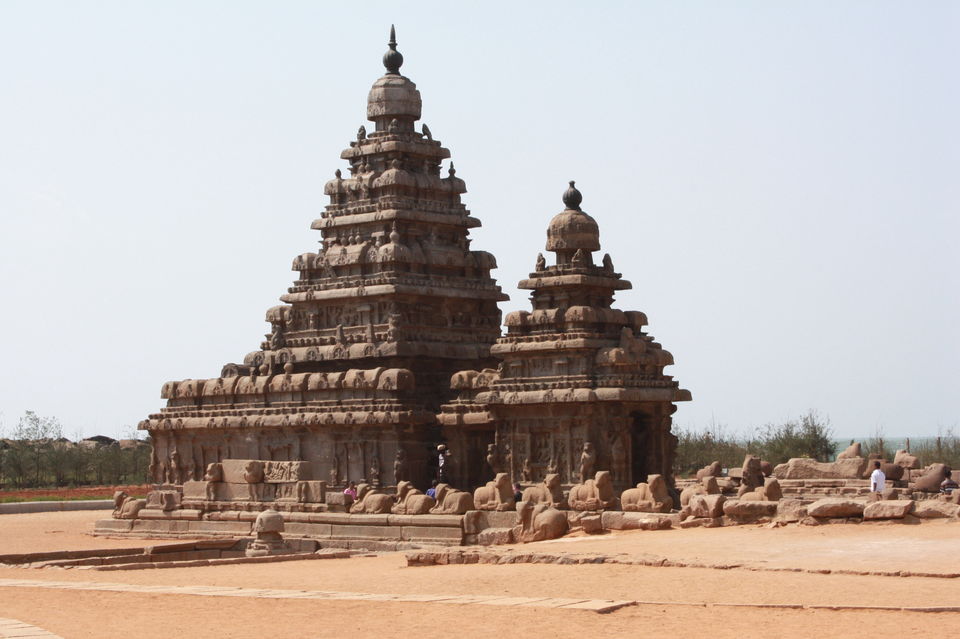 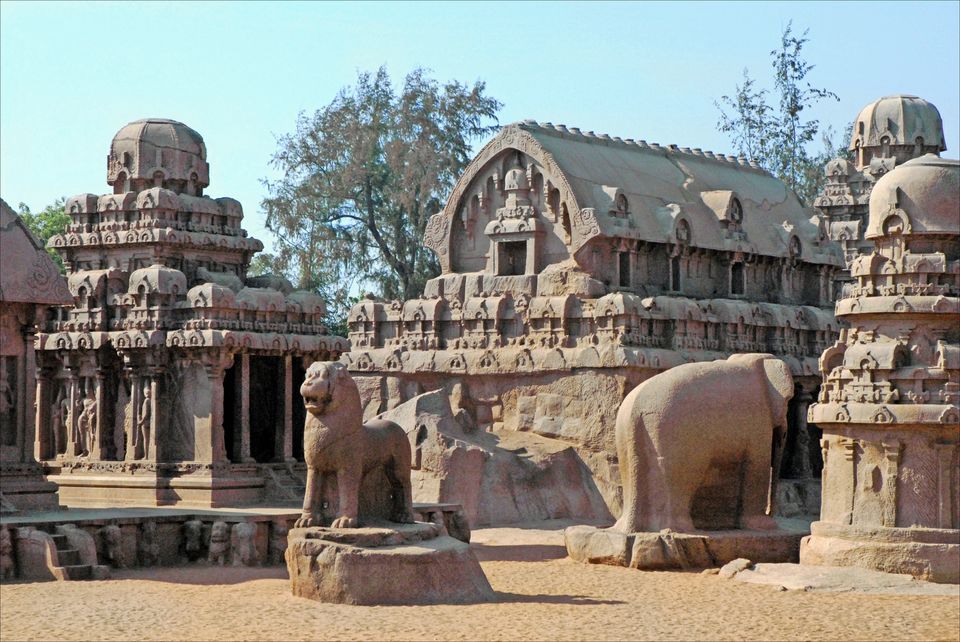 Thanjavur is just short of 350 km from Chennai and is a very historically significant spot. It was the capital of the Chola Empire, if you don’t remember your history lessons and need a refresher. Since most old kings believed in keeping their gods appeased in case somebody took offence and decided to lend support to a usurper, capitals of ancient kingdoms often have some of the most beautiful and opulent temples. Thanjavur is no exception to this rule; Brihadeshwara temple with hundreds of Shiva Lingams is an awe-inspiring sight. It’s a UNESCO World Heritage site and the frescoes in the temple will make you believe in the artistic soul of man if not in a higher power. Ragavendra Temple is not as majestic, but far from disappointing. There are also many other smaller temples with rich histories around Thanjavur if you feel like exploring a bit more. Kumbakonam is just about 40 km away and has many more impressive temples. 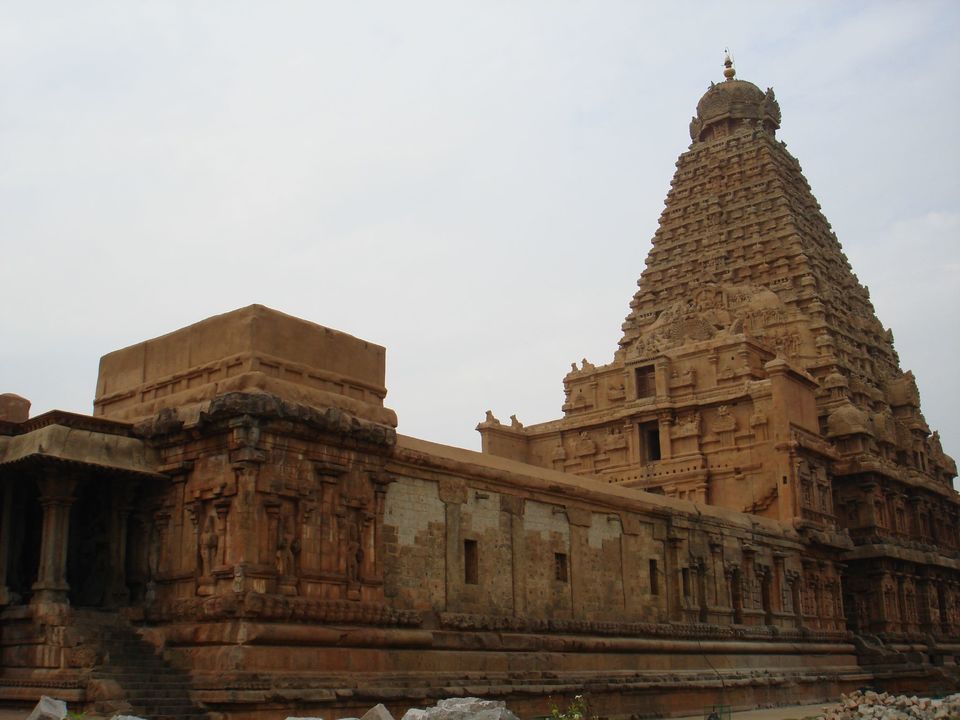 The Badami cave temples in Bagalkot District of north Karnataka are one of the finest examples of rock-cut architecture in the country, and as such, an important part of our history. It’s one of the things that make you wonder at how artistically and practically advanced our ancestors were – they had the ways to make such structures, and they had the sensibilities to make them so beautiful and aesthetically powerful. There are four cave temples, all carved out of sandstone. One is a Jain temple, one is dedicated to Shiva and two to Vishnu. There is a fifth small natural cave with a statue of Buddha. These and other equally old temples are set around Agasthya Tank, which is an impressive sight. 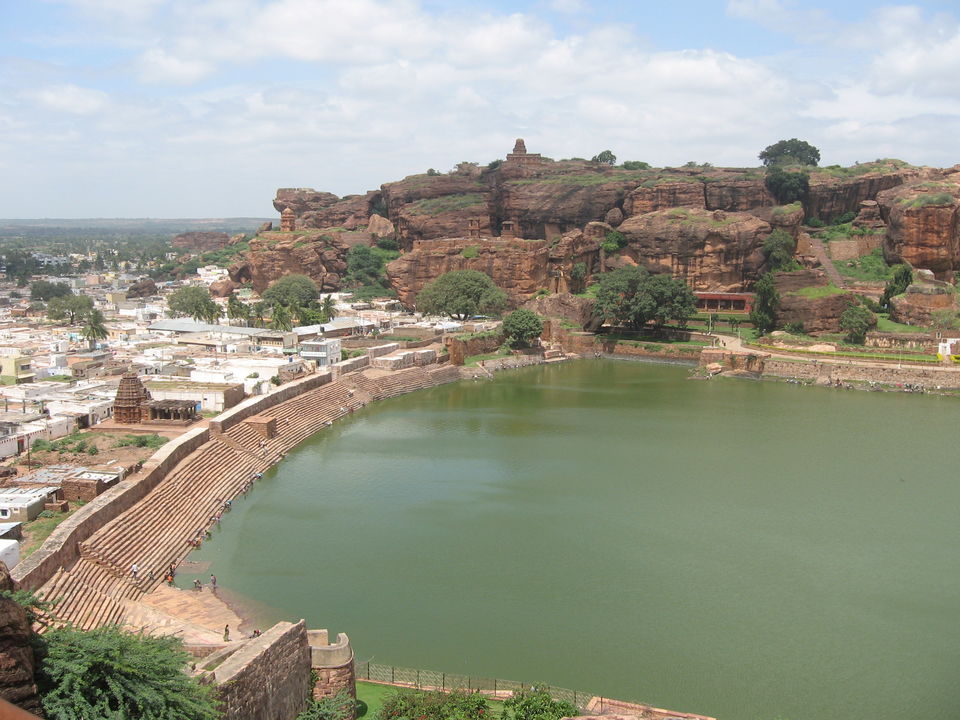 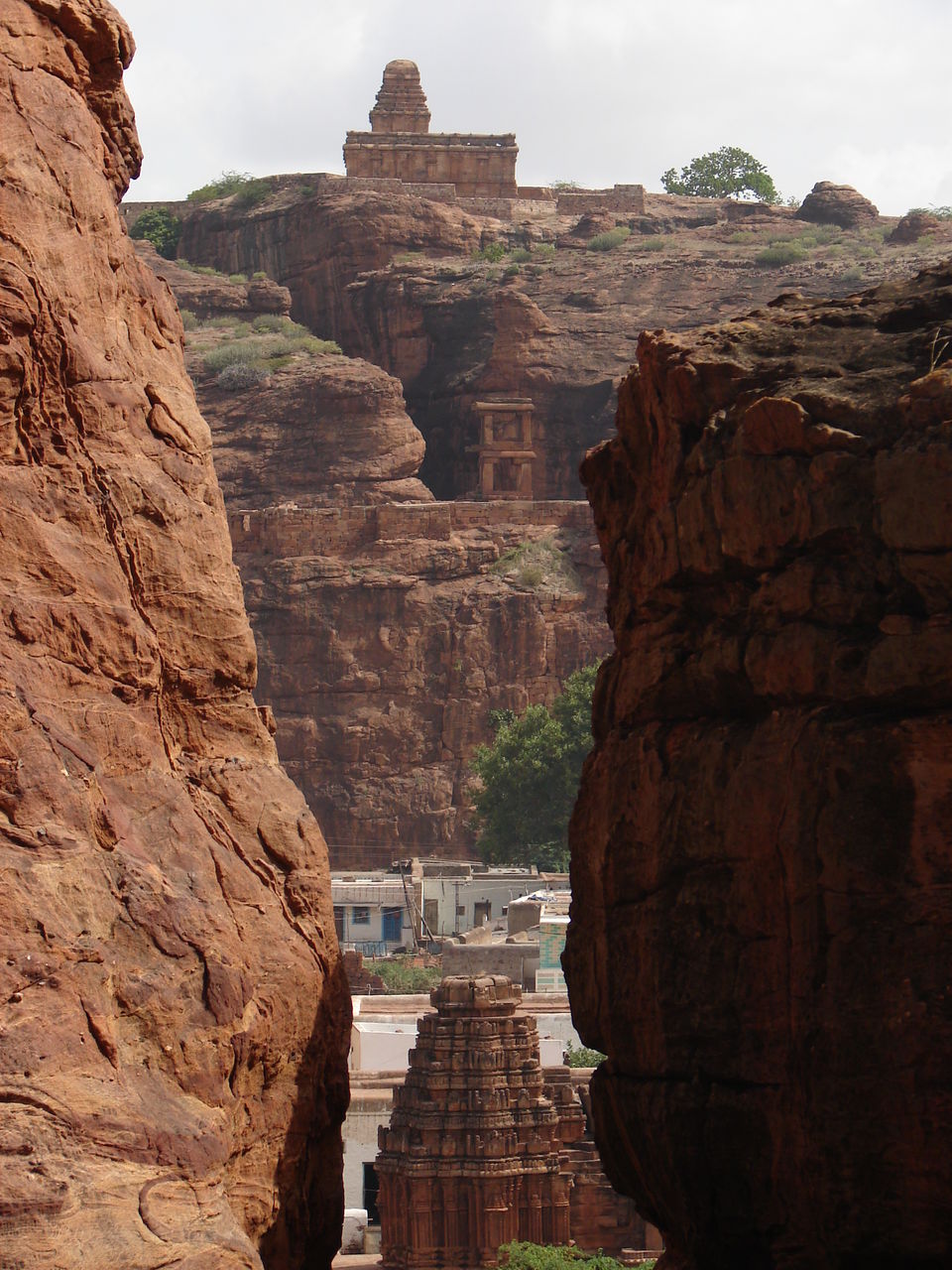 Ramanathaswamy Temple in Rameswaram is very famous. It’s said to have been built by Rama in an attempt to get a clean chit for having caused the death of a Brahmana during the war with Ravana. Since he believed in doing things on a grand scale, he sent Hanuman off to the Himalayas to get the biggest lingam in the world. He took a while, so Sita made one out of sand, which is believed to be the one in the sanctum. Architecturally, its grand scale and the magnificent corridor are particularly worth noting. It’s one of the most popular pilgrimages in the country, so it’s a nice little addendum that Rameswaram has one more spot you could visit. Rameswaram is an island, so Dhanushgodi/Dhanushkodi is a special spot. You have Bay of Bengal, called the female sea or ‘pennkadal’ because it’s relatively calm, on one side; and the Arabian Sea, called the male sea or ‘aankadal’ on the other because it’s more aggressive. The names just go on to show you that our ancestors who did the naming didn’t know it all! It’s a difficult spot to get to and you’d ideally need to hire a four-wheel drive vehicle, but it’s worth the trouble. 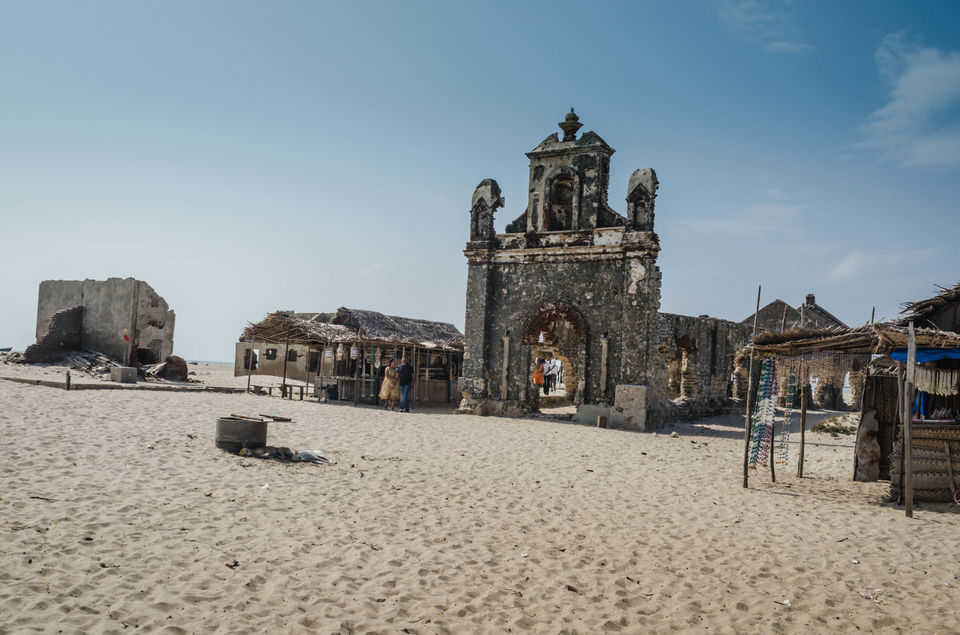 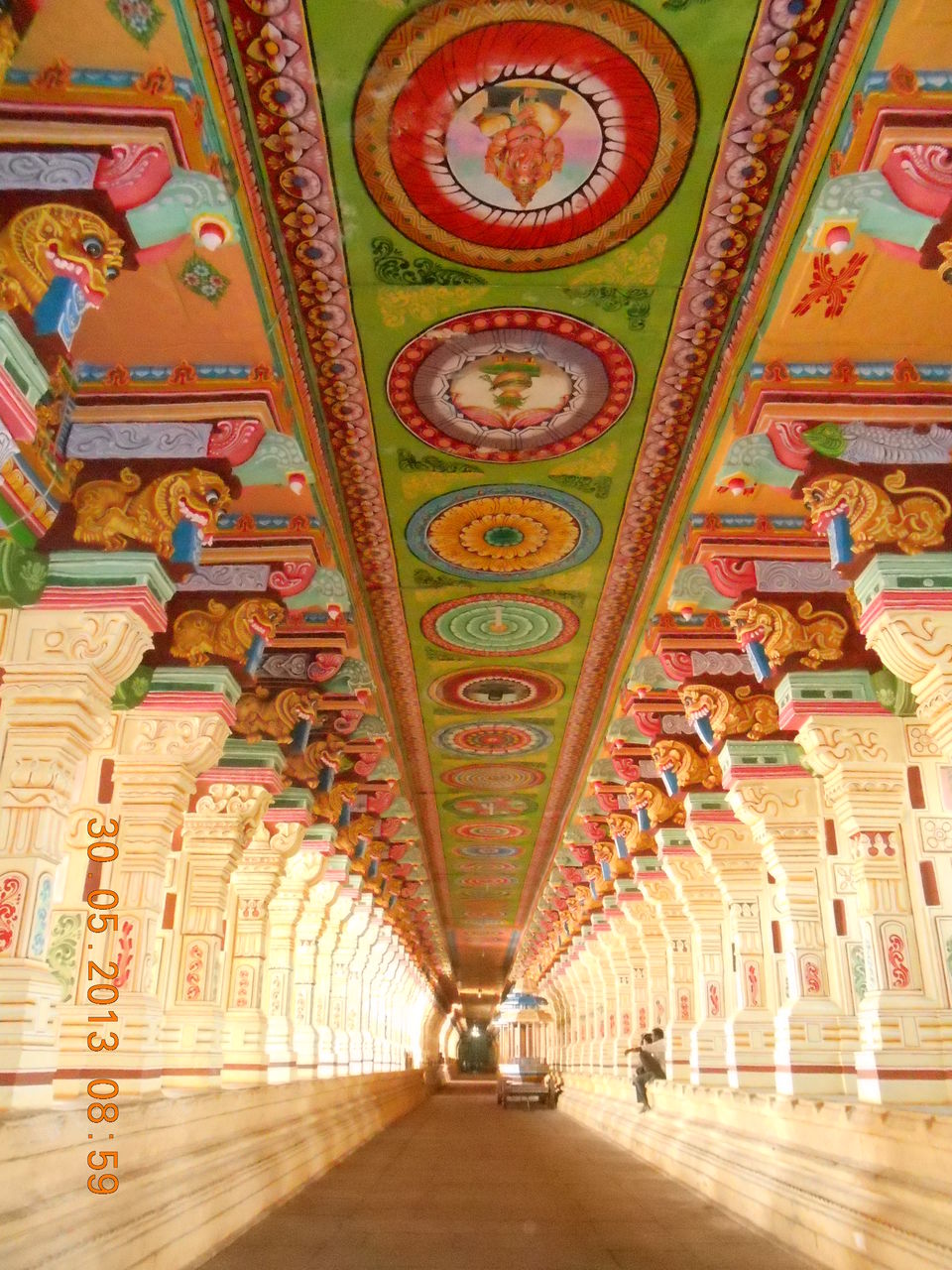 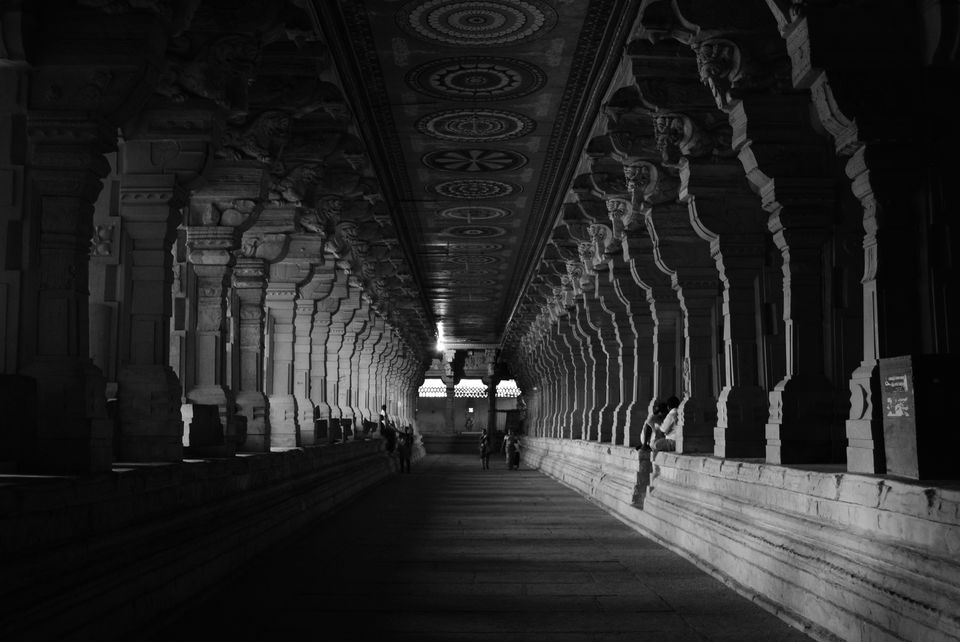 There are more famous, grander temples in Kerala, but Ambalappuzha is in a song that almost everybody in Kerala would hum along to if you played it. The town is in the Alapuzha district. The Sri Krishna temple is where the idol of Krishna from the much more famous Guruvayoor Temple was brought for safekeeping in 1789. Extra incentive to visit: the paal payasam (milk pudding/kheer) at the temple is very famous, both for the story behind it and for how awesome it is. If that isn’t enough either, Alapuzha has some extremely nice beaches and the backwaters are right there. 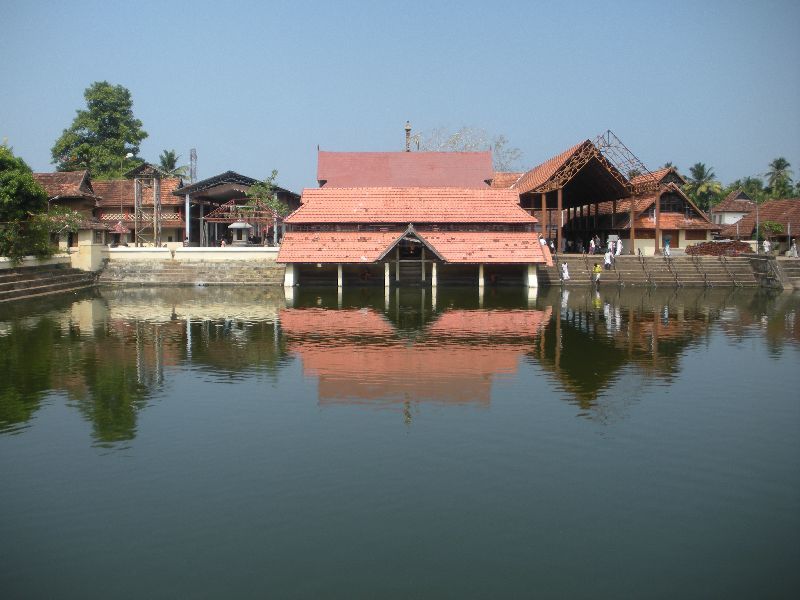