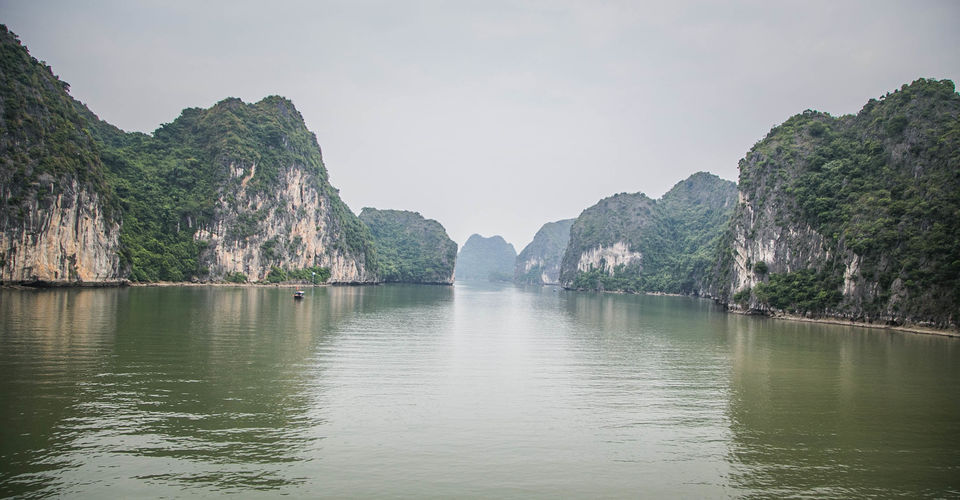 Vietnam was on my bucket list for a really long time. So when my daughter asked us to meet her and her husband in Sai Gon, we jumped at the opportunity.

Her in-laws also joined us and then two set of parents then flew from New Delhi to Bangkok via Thai Airways and reached there early morning. After a layover of two hours we flew to Sai Gon (now called Ho Chi Minh City).

It was a short flight and from the Airport we headed straight to our Airbnb in District 1 of the city. It was a nice property down an small alley, on two levels. It was quite centrally located with a functional kitchen and because it was in a alley it was a quite place.

Next morning we took a conducted tour to Cu Chi tunnels by bus, a major tourist attraction of Sai Gon after the American war. You can also reach here by a boat via Saigon river, but that is a bit expensive way to travel to this site.

These tunnels, as the name suggests are in the Cu Chi district of Sai Gon and were of great importance to the north Vietnam fighters but were disliked by the Americans. Viet Cong not only used them as hiding places but as the supply routes, hospitals, living quarters and kitchen for the soldiers.

The Americans described them as "Black Echo" mainly on account of the conditions inside as they were infested with ants, venomous centipedes, scorpions, spiders and vermin.

The Viet Cong soldiers would spend their entire day underground and emerge only during the night to scavenge for supplies or tend their crops.

After you see them yourself, your respect for Viet Cong goes up as you realise how tough their survival was during the war specially during heavy bombing or troops movement. Sickness was rampant and malaria was the second largest cause of their death during that period.

Americans launched several military campaigns during 1968 to destroy them. The top two such exercises were Operation Crimp and Operation Cedar Falls. In the first one they dropped explosives in large quantities which really turned a lush jungle into pockmarked moonscape. Eight thousand American soldiers then combed this area for any sign of life.

The Government of Vietnam has preserved 75 kms of this complex tunnel system and converted into a War Memorial park. Two tunnels display sites, Ben Dinh and Bem Duoc are now major tourist attractions. Tourist are also invited to crawl inside the tunnels to get a feel.

Here you can also sample the foods the soldiers ate, potato, cassava, peanuts and sesame salt dishes. These foods really helped Viet Cong to have lean bodies and survive in the tunnels.

I learnt one very important thing after visiting these tunnels and that is, if people are with you (Vietnam), you can never loose, it does not matter how rich or powerful your enemy is (USA).