Things to do in Nubra Valley – A Complete Travel Guide 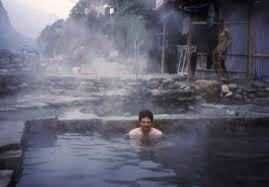 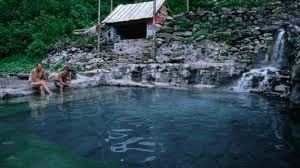 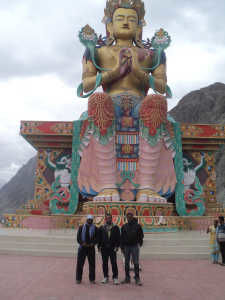 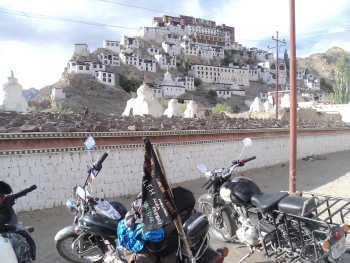 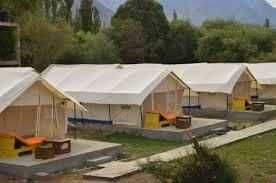 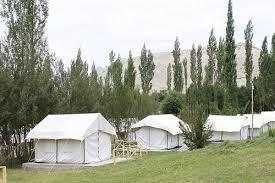 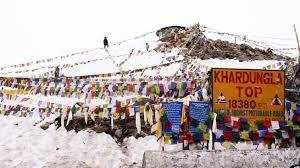 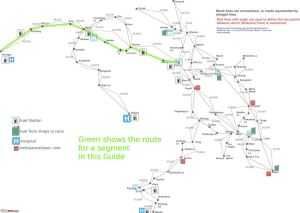 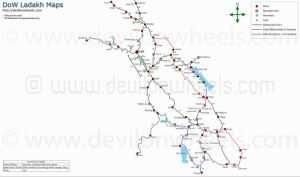 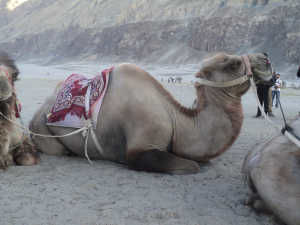 North of Leh across the Khardung La (pass) at 5,578 metres along the highest motorable road in the world is the Nubra Valley.The origin of the desert is supposed to be from the Tethis Sea from the depths of which the Himalayas are said to have risen. I visited Nubra valley on my bike road trip of 6506 kms from Pune to Ladakh. Here i am going to tell you things to do in Nubra Valley,How to reach there,complete travel guide.

You can enjoy camel safari on bactrian camel with double hump back, an endemic species of camel which you can find only in ladakh.You have to cross through World’s toughest roads to reach Nubra valley.As i said Ladakh is all about its adventurous journey. You have to cross Highest civilian motorable road in the world, Khardung la pass situated at a height of 18378 feet.It is considered as mecca for bike riders like Mt Everest for mountain climbers.

Things to do in Nubra Valley –

1) Camel ride on nominal costs of around 200 per person.

2) Enjoy the local cultural dance at Hunder sand dunes, again at nominal costs of 50 per person.

3) Famous for its sulphur hot springs, Panamik is a village that is nestled very close to the Siachen glacier, the highest battle field in the world. Located around 20 km north from Hunder, the village of Panamik in Nubra Valley attracts travelers from all over the world who come to take a dip in the hot sulphur springs of the village.These hot springs have high amount of sulphur in them and it is believed to have medicinal properties which can cure rheumatism and other ailments.

4) Panamik is a good place to buy Pashmina shawls and woolen socks. Dry fruits like walnuts and almonds are sold at a very reasonable price in this village. It is important to keep in mind that there are no ATMs in Nubar Valley, so the only option is to carry enough cash before leaving from Leh.

5) Roam around picturesque village Diskit. It has a monastery which is largest and oldest Buddhist monastery in Nubra Valley and houses a 106 feet tall Maitrey Buddha statue in Diskit. There is Lachung Temple as well which is quite close to monastery.

6) Night stay in camps on sand dunes in hunder surround by cold desert and icy mountains.You can find camps from 500 to 3000 INR varying in comfort level. If you don’t want to stay in camps, then you can find cheap hotels at Hunder and Diskit as well.

How to reach Nubra Valley -Of course there is no mode of transport via air or rail to reach directly Nubra Valley.Closest airport to Nubra valley is Leh which is around 150 km away from Nubra valley.Only mode of transport is byroad.You can reach Nubra Valley either from Leh via Khardung la pass which is most common and safest route.Or if you covered Pangong lake on your day 1, then instead of going back to leh from Pangong, you can directly come to nubra valley via shyok route from Pangong lake.But later route is very fragile and roads conditions are very poor. You won’t find any help on this route. Try later route only when you are well prepared, if some vehicle failure occur on this route then you should be in a position to fix it.Below is the route map of ladakh region showing the distance between important places and also mentioning how much time it will take from one place to another which totally depends on road conditions.Lesser time between two points means roads conditions are good.

Best and cheapest way to travel in ladakh is by bike.If you are directly coming leh from flight, then you can hire a motorcycle on rent.Riding a bike on some of the world’s toughest roads have its own adventure.If you are not comfortable to ride a motorcycle, then you can hire taxi from leh itself. If you are in group of four or more people than hiring a taxi would be nominal for you.If you are a solo traveller you can consider taxi on sharing basis or you can consider public bus transport, but frequency of buses is very limited.

Food options in Nubra valley :- The popular dishes include Sku, a soup made with vegetables, mutton and flour; Sattu (ground gram powder) Pava and Khambir, a type of local bread. You can get normal vegetarian food options as well like dal rice,panner and all.

This trip was first published on the travel blog Think Beyond.