With floating vegetation and willow trees practically hiding it, Wular Lake looks more like a meadow than a lake. Credit: Eye.Ess.Ohh 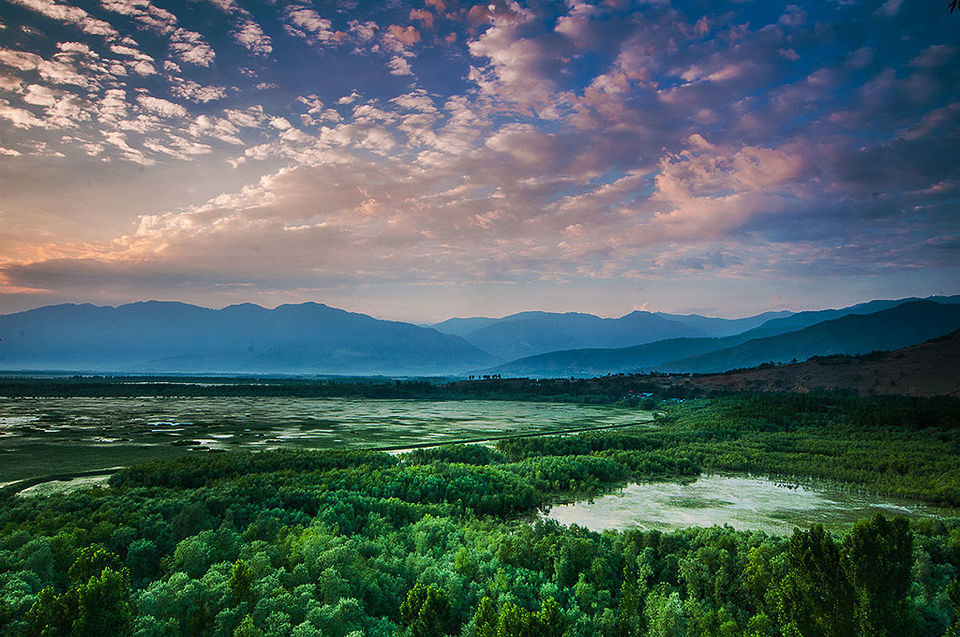 'Wular' means ‘stormy’ in Kashmiri, and this is how the lake, known for its turbulent waters and fierce winds, was once described. It was praised for its beauty by writers in their books and loved by travellers who liked to camp along its banks. Most people, especially on the internet, have falsely claimed that Wular Lake, located in the Bandipora district of Jammu and Kashmir, is the largest freshwater lake of Asia. Though the fact might be untrue, but the lake's beauty is not made-up. Being fed by the water of the Jhelum River, the lake was once so clear that you could see till deep below. Children played in the lake and local families used the water to cook their meals.

Today, however, Wular Lake is less than half the size it used to be. Its total surface and surrounding marshlands have shrunk from 216 sq. km in 1911 to 104 sq. km in 2008. The waves have disappeared and the water lies stagnant, swarming with mosquitoes.

In fact, sometimes it is difficult to even spot the lake, as it now looks more green than blue, with it being covered by rice paddies, floating vegetation and water-sucking willow trees.

What happened to Wular Lake

This picture from 1954 shows the lake as described by poets and writers – beautiful and tranquil. Credit: Public.Resource.Org 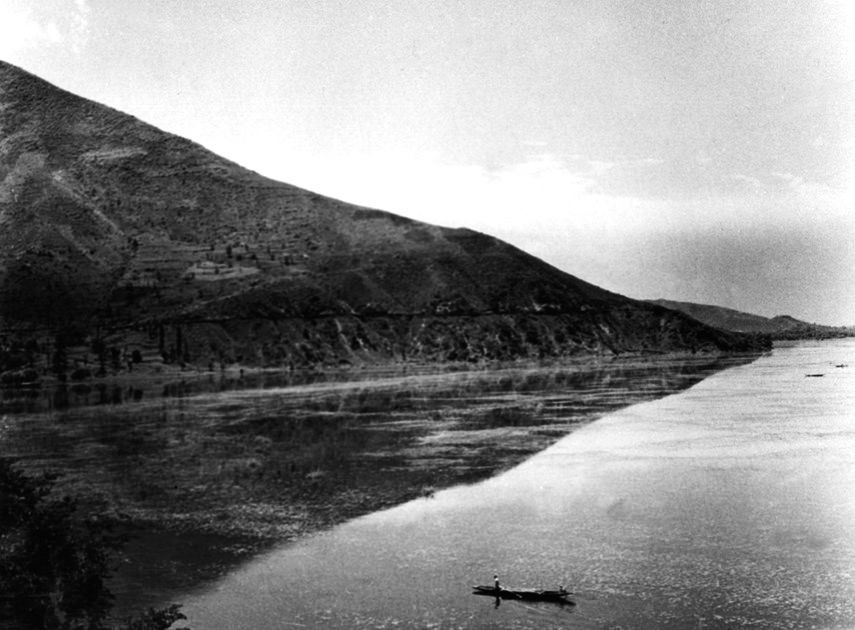 The destruction began in the 1950s, when the regional government decided to plant thousands of willow trees in the lake, so the wood could be used for cricket bats, firewood and timber. But what happened instead stumped the residents and nearly destroyed the lake. The willow trees sucked up a lot of water and their roots captured soil, building up land and dramatically lowering the water level.

Later, as globalised markets made their way into the villages nearby, residents began polluting the Jhelum River, which flowed through Srinagar city, 40km south of Wular Lake. The detergents, soap, cleaning chemicals and fertilisers, along with human feces eventually made its way into Wular.

Soon, agricultural communities staying downstream experienced a shortage of water, and to compensate they converted some of the marsh areas of the lake into paddy fields. This reduced one of the country's largest freshwater lakes and left it with only 24 sq. km of open water.

This also affected the fish population of Wular, which declined drastically. Previously, around sixty percent of the fish in Jammu and Kashmir would come from this lake, but everything has changed now.

What the government did

Under the Ramsar Convention of 1990, Wular Lake was recognised as a wetland of international importance. And so, Wetlands International, a global non-profit that works for the restoration of wetlands, submitted an $82 million plan to restore the ecology of Wular in 2008. But it was only in 2015 that the first willow trees were cut down.

In the time since, the deforestation and the silt built up due to pollution have diminished the lake basin's ability to hold water. This is why it almost dries up in July and refills only during the winter. The lake's depth is now a mere 15 feet, and its environment is perfect for invasive aquatic weeds. The level of oxygen in the water, however, is so low that fish and other animals are struggling to survive.

While the Kashmir government thinks that chopping down trees and scooping up parts of the lake is enough to restore the alpine lake, it is not that simple. Deforestation is still causing soil erosion, which is clogging the lake bed and global warming is threatening the glaciers that deliver water to the lake.

A lot more needs to be done to revitalise the lake’s ecosystem and this needs efforts from both the government and local people.

Whatever the decision, actions needs to be taken fast, or we will lose the paradise called Wular Lake.

If you want to pay a visit to Wular Lake, fly to Srinagar. From there, head to the Bandipore district, about 20 to 30 kilometres from the Leh-Srinagar Highway, in a hired taxi.

While exploring ravaged areas, make sure you travel responsibly and follow sustainable practices. To know more about how to reduce your negative impact on the environment while travelling read: A Dummies Guide To Responsible Travel: Indian Edition.