It is fast paced, it is crowded, it constitutes of high rises and chic, modern architecture, its infrastructure could easily be the envy of most developed nations, its cuisine has invited the most Michelin stars any country has ever received. The land of the rising Sun, Tokyo is a wild city and pretty unapologetic about it. The Capital of Japan has in its kitty too many exciting and fun things. Sure, it is a bit expensive, but a journey to Tokyo captures glamour, style, adventure, excitement, culture and food, in one go!

Traveling in Tokyo is carefree. You need to stop worrying. What to do? Where to eat? What to see? How to get there? Tokyo has easy answers to all of these. The amazing public transport system will carry you off anywhere you want, restaurants, cafes and bars line up the streets and chances are you will stumble upon a nice museum as you go exploring. The city is one of the most accommodating and welcoming places I have been to. There are times when you want to slow down, when you get lost in the stream of people rushing towards their respective destinations, but you gotta take Tokyo as it comes. One small step at a time. (Take faster steps though, the city doesn't like slow movers.)

This most populous metropolitan city is also the third most livable cities in the world. Having been established as a modern city, Tokyo is till deep rooted in its history and culture. There are quite a few monuments that will take you back to the Edo era, when Tokyo was the world's largest city and at the prime of its existence. There is the Imperial Palace that speaks of Japan's royal past. Tokyo is filled with Museums that have amazing collections of arts and artifacts, both contemporary and ancient.

All in all, Tokyo is a fun ride if you manage to get absorbed in the flow of this city. While the people here are very warm and welcoming be careful of certain things like don't eat/drink on the road (for some reason, they don't seem to like it), don't be too loud (they like polite and soft-spoken people.) Also, learning a few words in Japanese might help. This trip consolidates most, if not all, of the things you can do in Tokyo. First on the list, Go crazy!

Something old, something new. Standing on the site of the Edo castle, The Tokyo Imperial Palace is the official residence of the royal family. The Edo castle was once the seat of the Tokugawa shogun, who ruled Japan till 1847. The Imperial Palace is a beautiful stone-built structure lying in the midst of a beautiful garden. A juxtaposition from the tall, concrete towers of the city. There are guided tours that will take you around the several administrative buildings and a small museum. But, I would recommend you explore this place yourself. The main premises are not open to the public, which could be a bit of a spoiler, but the East Gardens are a great place to get some fresh air away from the noise of the city. 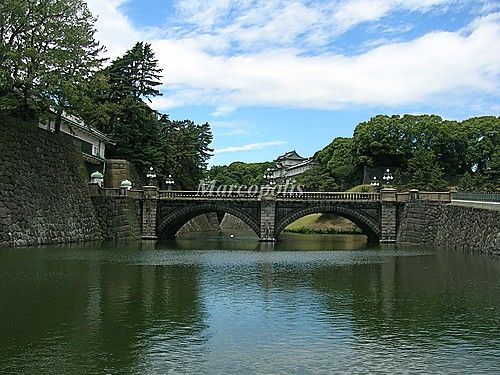 In one of the major fashion hubs of the world, Shibuya is reason enough to upgrade your wardrobe. One of the maddest and insanely crowded shopping districts of Tokyo, you can literally shop and drop here. Shibuya has numerous shopping centers and departmental stores like Tokyu, Shibuya Mark City, Seibu, Loft, Parco etc. It has three very famous streets, Koen Dori, Spain Slope and Center Gai. It is one such place where you would, in all probability, find the maximum number of shops and shoppers in one district, in the world. Shibuya is also sought after for its food and nightlife. As one of the fashion centers that attracts mainly the youth, Shibuya's nightlife is quite groovy. It's a maze though, your best bet would be to ask around for a good place to hang out! 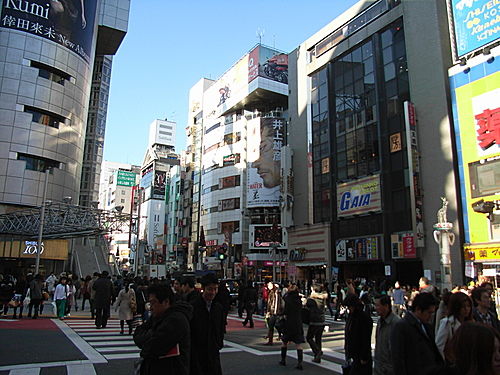 Tokyo would be incomplete without its temples. Dedicated to Emperor Meiji and his wife, this 19th century Shinto shrine is a perfect example of the Japanese austerity and modesty. It isn't grand like many other Asian temples, but has a quiet appeal of its own. As you enter through the 40 foot high gate into the 200 acre park, it feels like another dimension. In a way, it doesn't feel like you are in Tokyo anymore. You need to wash your hands and face at a communal tank before you offer prayers. There is a prayer wall where you can write your wishes on a piece of paper and stick it there. A touch of Japanese culture and if you are lucky you might just encounter a wedding procession here! 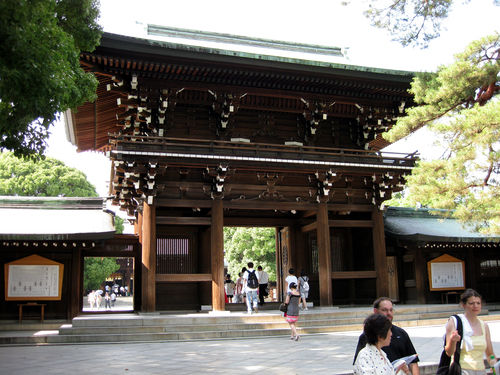 This is where most of the sushi comes from. The biggest and the best fish market in the world. I couldn't even understand half of the items available there. The market sells around 400 types of seafood, from weeds to caviar. There are two parts to this market, the outer market and the inner market. While the inner market is restricted to tourists on most days, the outer market is equally fun. There are various small sushi counters to grab some yummy delicacy. The best part of this market is the Tuna Auction that takes place early in the morning at 5 am. Very few tourists are allowed in (first come, first serve basis) but it is worth an effort! 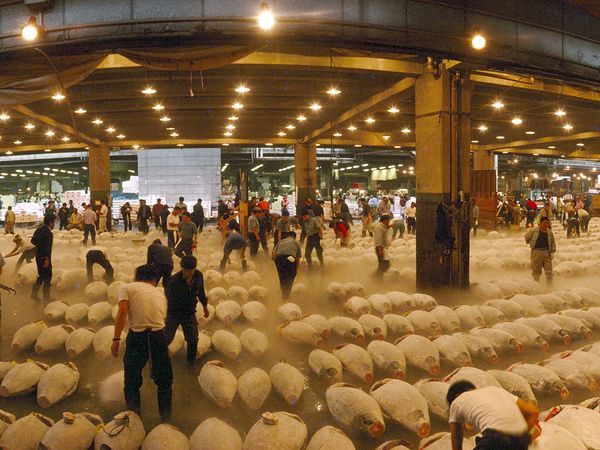 There comes the most awaited experience- eating sushi in Japan. Sushi Dai located in the outer area of the Tsukiji market serves some of the best Sushi in the area. Needless to say, it serves you some of the freshest fish in town. The place opens at 5 am so you can go directly here after the Tuna Auction to grab some fresh breakfast. You need to be a bit patient though. There was quite a huge line outside since the sitting area wasn't that huge. But, it serves the best sushi you will ever eat!

Ginza is one of the neighborhoods in Tokyo that sums up fun, food and fashion. Cafes, art galleries, department stores, boutiques, night clubs, you name it and you will find it here. One of the most entertaining and fashion-forward districts (many leading fashion houses have flagship stores here) of Tokyo. It is a bit elite and expensive and supposedly the most luxurious shopping centers in the world. But, even if you aren't here with a strong intention to shop (although you will end up buying something) it is an interesting place to just walk around. 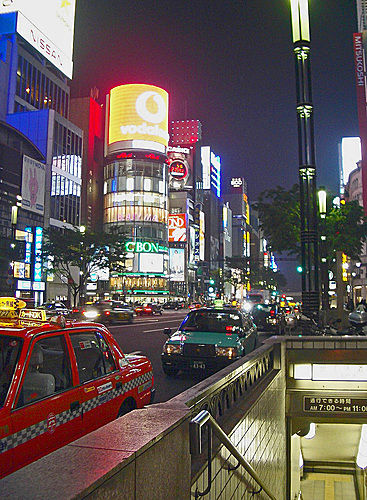 Situated on the 52nd and 53rd floor of the affluent Mori Tower, the Mori Art Museum displays the best of the contemporary art scene of Japan. This is one of the few places in Tokyo, where the view outside is as good as the view inside. Holding solo shows as well as other themed exhibitions, this museum has given space to a lot of famous artists. There are no permanent displays here, but a rotation of exhibitions by famous contemporary artists. After you are done with the galleries, head to the sky deck. A breathtaking view of Tokyo awaits you there! 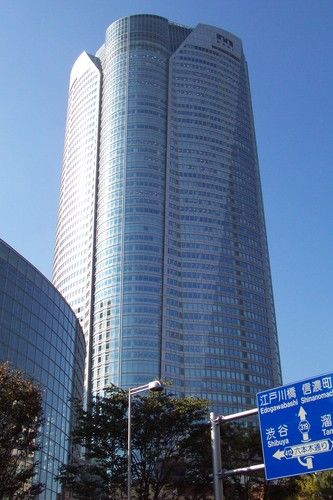 Time to slurp in some Ramen. Everyone will tell you that the best Ramen is found in Komen Ramen. Personally, I liked Kyushu Jangara more. The staff is very friendly and the food is delicious and cheaper than most places around. It has an English Menu, which makes ordering much easier. Apart from the Ramen, the soups are to die for too. 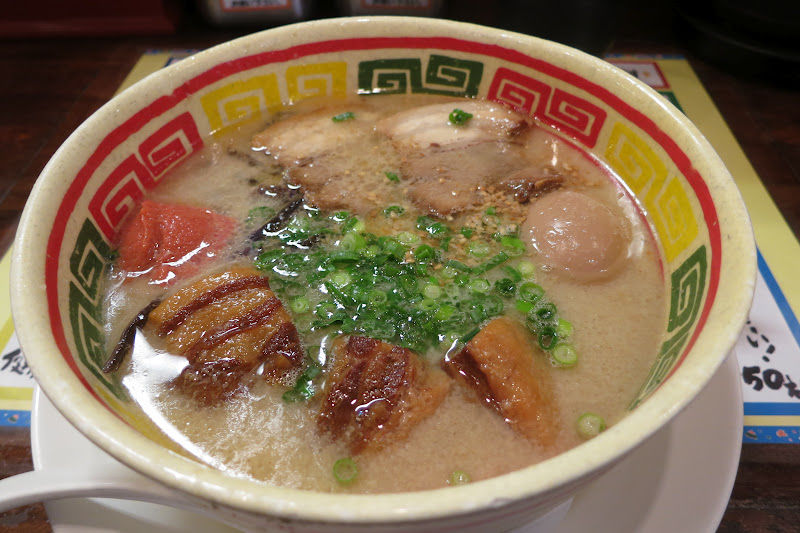 Finding a nice, affordable place to stay in Tokyo might not be as easy as you think. The Sun Route plaza is mainly a business hotel with enough services to cater to your living needs. It is usually filled with tourists. It is situated in the city, so you won't feel left out. If you are not looking to spend much on stay, this might just be perfect! 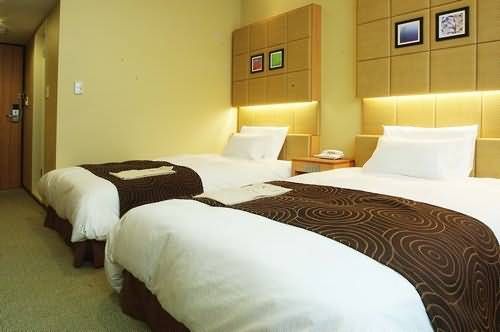 The tallest in Tokyo and the second tallest tower in the world. Enough reason to get here. Do I have to tell you that the view is mind-blowing? The 634 ft, Tokyo Sky Tree is second only to the Burj Khalifa in Dubai. There is a nice restaurant and two cafes to let you sit and enjoy the view. There is also a glass screen on the floor, which lets you look right down and leaves you feeling a little dizzy. The tower is essentially used to transmit TV and Radio signals. The most amazing part of this tower is the Sorakara point, where the ambiance is created with LED lights which will make you feel like you are floating. 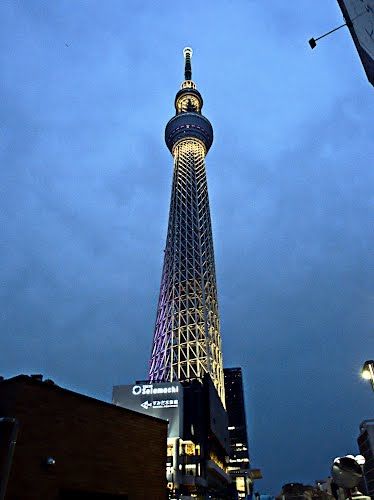