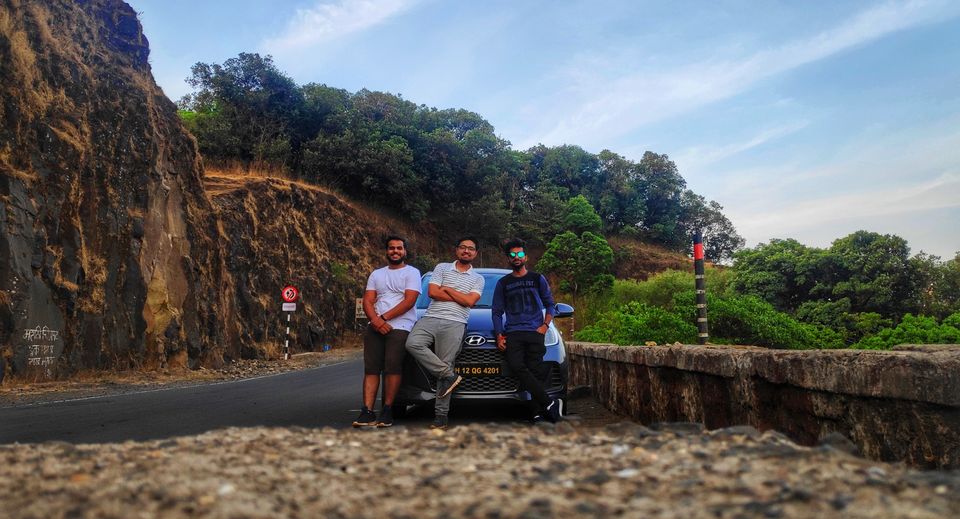 After pleading for a 2-day leave to my boss multiple times, he finally accepted. So, now we had a total of 5 days to complete the trip. I had created multiple route options to drive in the Konkan but ultimately we scrapped all of them and just drove out of Pune instead.

Me and my brothers (Sunil and Prakash), we left Pune at 6 in the morning after picking up our drivezy. With all the feels of ZNMD and Tripling, we were driving on the roads. We decided to go to Mahabaleshwar. 1st May being a holiday, Mahabaleshwar was much crowded.

We made a stop at 7:30 for morning breakfast at a roadside restaurant.
Then directly we went to Table Top Land, Panchgani. Roamed around for 30 mins to count it's hugeness. Then we went to the famous Mapro Garden. Having lived in Pune for more than an year I had listened a lot about it. Tasting multiple pulpy beverages and the original and tasty strawberries made it a worth a visit.

On the way we booked our OYO at Mahabaleshwar. We reached there by 12, checked in, and took a little small nap of 2 hours. Left from the hotel to find some decent lunch, we went to a big dhaba restaurant which had rates of a 3-star hotel, the food was not at all worthy. Mahabaleshwar being a popular tourist spot is quite expensive, though it was off season.

I had prepared a list of 5 visiting spots using Google Trip. But due to time limit we only managed to visit three of them.

First one being Venna Lake, we tried boating without any professional help, and end up breaking a row handle of the boat. We didn't even manage to get 20 metres away from the land surface. Didn't really saw that coming.

Then we visited Lodwick Point and it is a worth of a place to visit. After 500 metres of Lodwick point theres another point called Elephant Head, though I didn't really understand the Elephant Head on mountain, nearby Pani Puri vendor convinced me that the head has been washed off due to heavy rains through years. The tip of Elephant Point is surrounded by deep trenches from three sides. It was one hell of a panoramic view. It was 4:30 afternoon in the May summers but we could still feel cool breezes. After that we left from there at 5-30ish to visit the last point.

Bombay Point/Sunset Point - I still have no idea why is it called the Bombay Point or Sunset Point. I would just say that the sunset view from here was not even a good view. Extremely crowded and chaotic place had food joints, local fun arena, horse riding. The best part of visiting the place was to see people riding horses with their horrifying reactions. And the worst part was to get out of the point to go back to the city. It took us 45 mins to complete our journey of 9kms to the hotel. 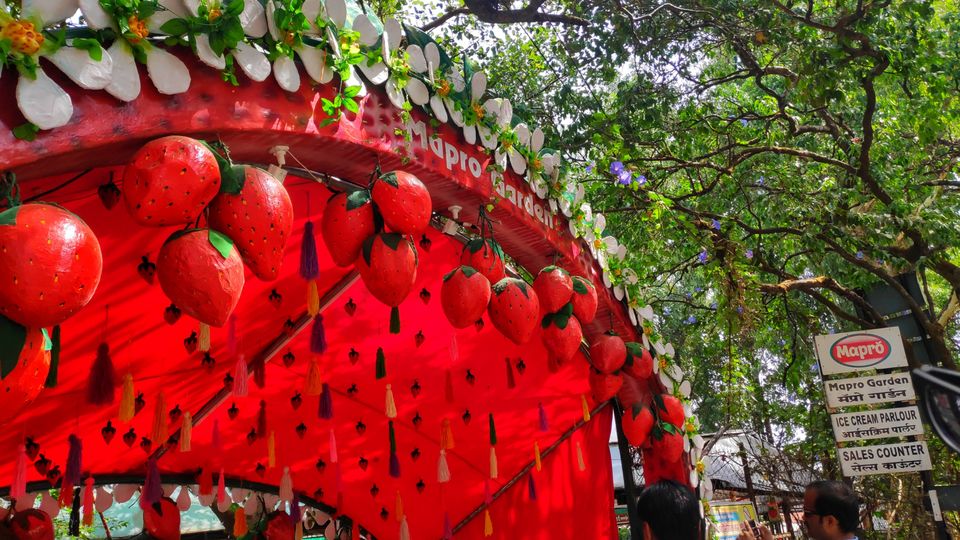 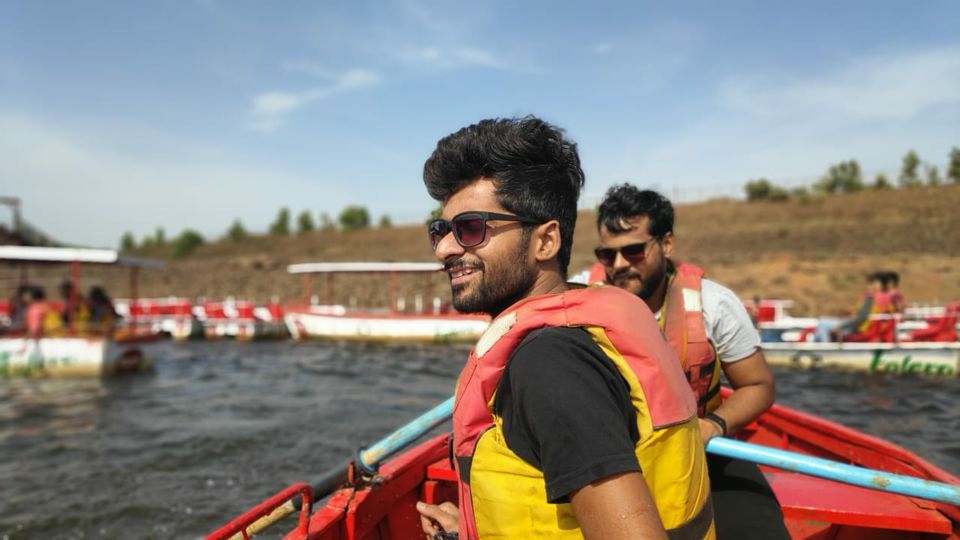 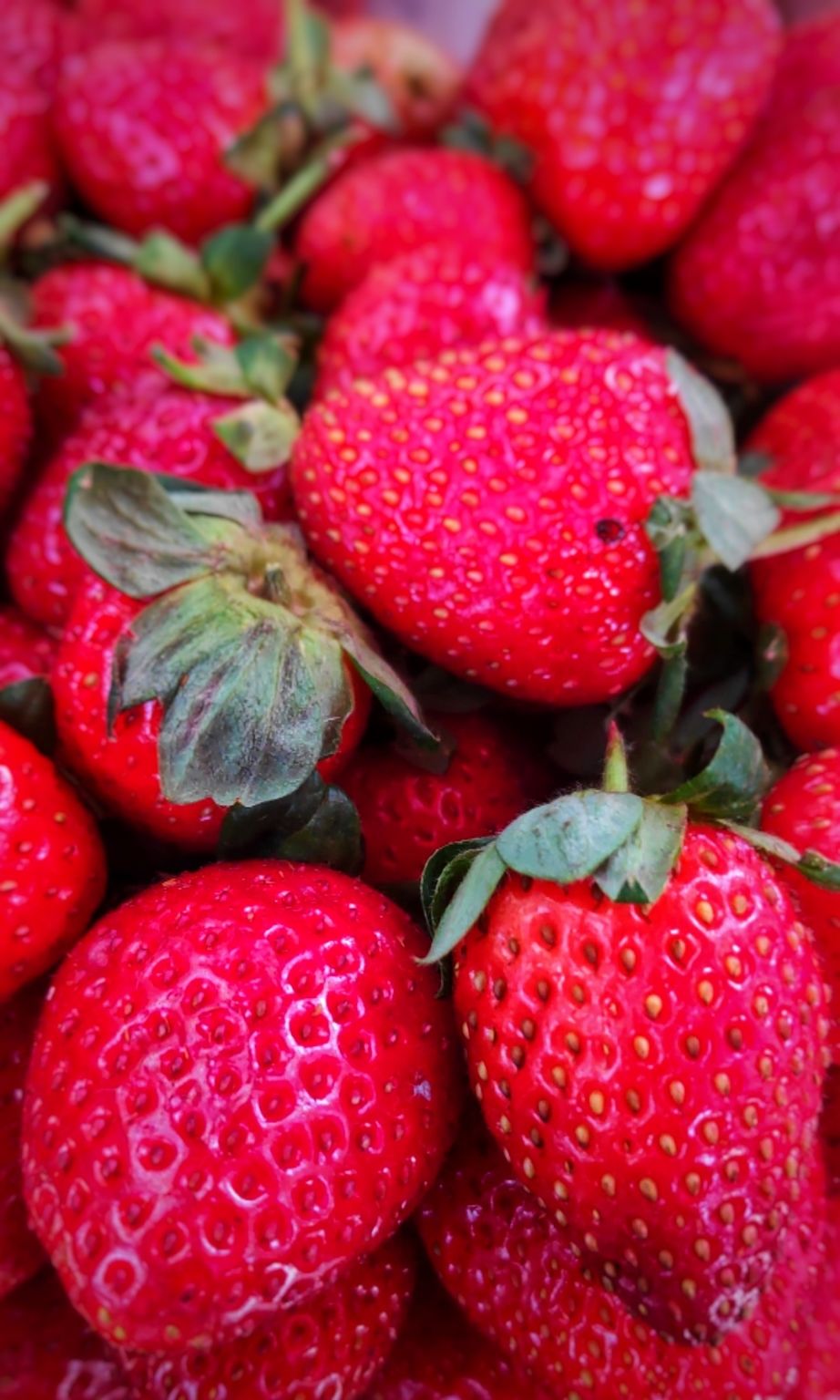 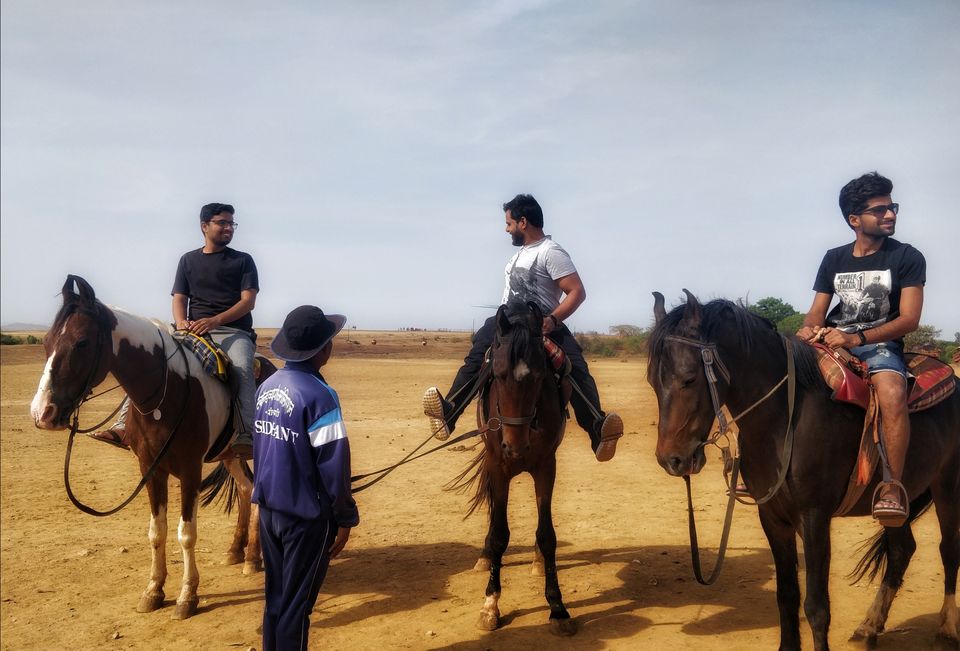 We drove off from Mahabaleshwar in the morning at 6. During my initial planning of the trip, I had planned to include a Pahadi Killa (Fortress) in the Plan. We got to know about Pratapgarh Killa which is 22 kms from Mahabaleshwar, but the drive takes 50 mins from the twisty turny mountain roads. After 15-16 kms drive, we were out of the Mahabaleshwar Hills on a flat terrain, there was this small village with household nashta points, families were setting up their nashta point for the day.
We sat their for some fresh poha and hot chai. Taste was really authentic. But again they charged 40 rupees for a plate of poha, and then we realised we are still in a touristy place.

Then we reached the grand fortress of Pratapgarh. From the top most point of the fortress we could see the white cloud formations and movement and small green villages downwards the plateau.

We left from there to reach Chiplun, beautiful city with a river in between surrounded by hills. The view point from Parshuram Temple was really good. We ate Kohlapuri Misal there.

Road from Chiplun to Ratnagiri was under-construction Mumbai Goa Expressway, which was beautiful with roadside tress and landscapes. 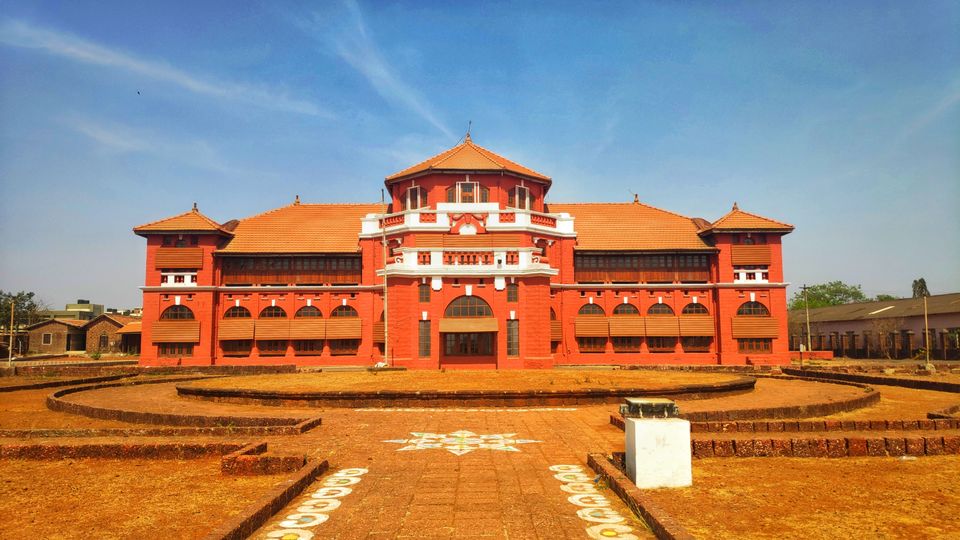 We reached Ganpatipule which is 20 kms, and found a reasonable lodging in a Non AC room for ₹800, which was 300 metres from the beach.

Saw the sunset. Ate at a South Indian Restaurant (South Indians are Everywhere), and again went to the beach and sat there till 12 in the night.

I had planned a surprise scuba diving for my brothers, so last night in front of the beautiful beach of Ganpatipule I was convincing them that it is safe and "tairna nahi aata par dubna to aata hai" (ZNMD Ref.1).

So, this morning we were at Neware Beach, 5 kms from Ganpatipule and they weren't still not sure of it. Ultimately Prakash got convinced ki Jo karna hai Abhi karna hai, but Sunil had his own reasons of not doing.

We did the scuba, I did Kaya as well, it was pretty great other than the fact that water was neither blue nor clear. So, we wouldn't suggest scuba diving there.

After the unique and tiring experience of scuba, Prakash went to sleep on the back seat while Sunil and I were deciding on the route further.

Again, the plan was to cover Guhaghar and then reach Dapoli, but God had other plans. We came to know that we have to cross two sea creeks with our car on a ferry, which had very limited timings. So we had to directly go to Murud beach of Dapoli and find a stay there.

We found a decent resort just in front of the beach, again Non AC room for  ₹1400. We ate the authentic Konkani food (Veg), at the same place for dinner. 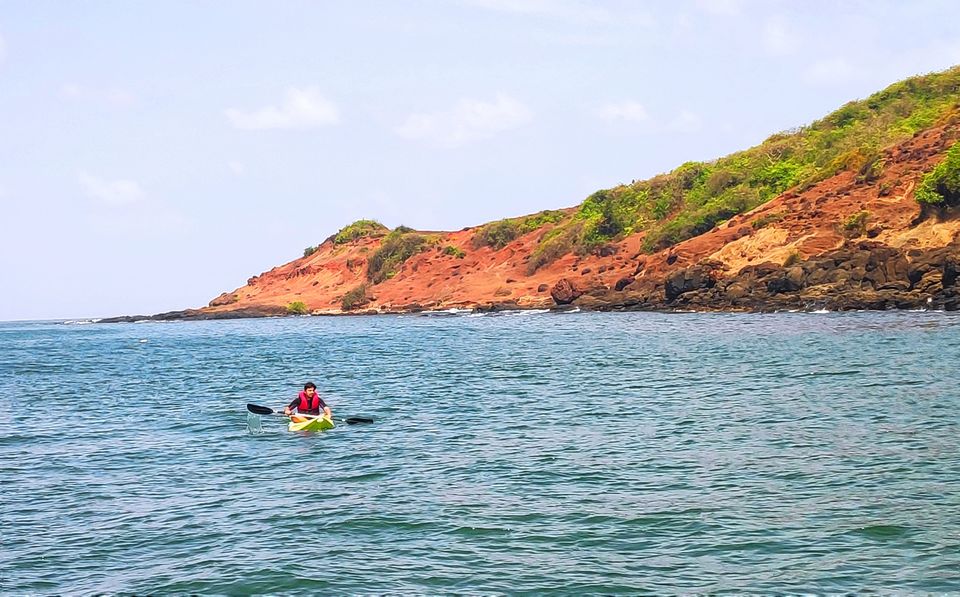 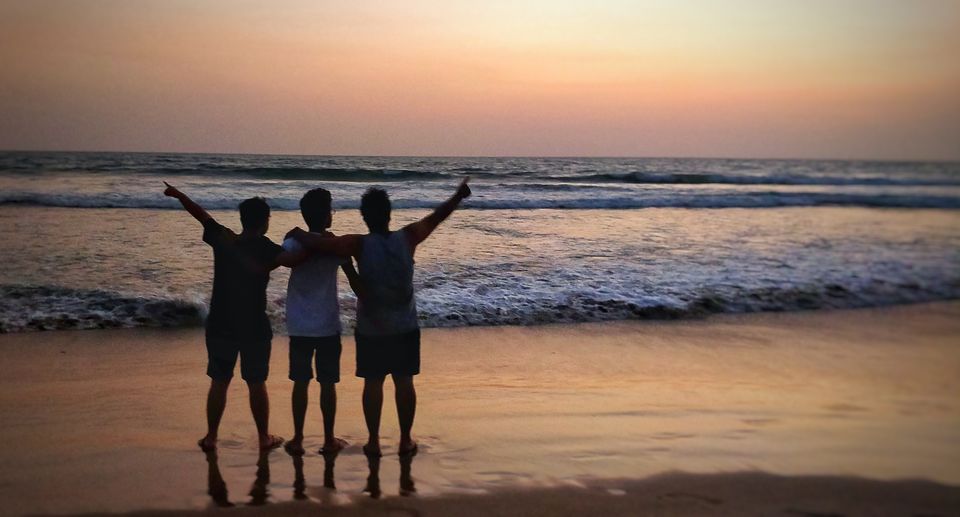 So, today's drive was from Dapoli to Diveagar to Murud Janjira to Revdanda.
We woke up at 6, and Sunil and I went for a short drive on the beach, which was an amazing experience. Then we took the beach bath and then left dapoli at around 9.

Today also, we had to cross two creeks to cross. But now we were prepared with their timings and locations. To mention, from Ganpatipule to Dapoli we had the fastest way via Chiplun, but we had decided to complete the journey on coastal roads only, and hence the creeks and ferries.

After around 30 mins of drive from Dapoli we were near Suvarnadurga, Prakash suddenly had craving for Ice Gola, and out of nowhere on the empty road we found a Golawala. And that Gola was for ₹10 each, then we realised we have left the touristy places behind and we're on a real roadtrip.

Here we were, three men in shorts, eating Gola on a seaside at 10 in the morning.

So, we reached Murud Janjira at 5 in the evening, and that's the time it closes. But we were quite fortunate to catch the last boat to the sea locked fort. Murud Janjira is magnificent from the outside, it is a marvel of engineering. Though inside it has broken walls, there was a room which was full of plastic bottles, the engineering marvel was neglected for maintenance. 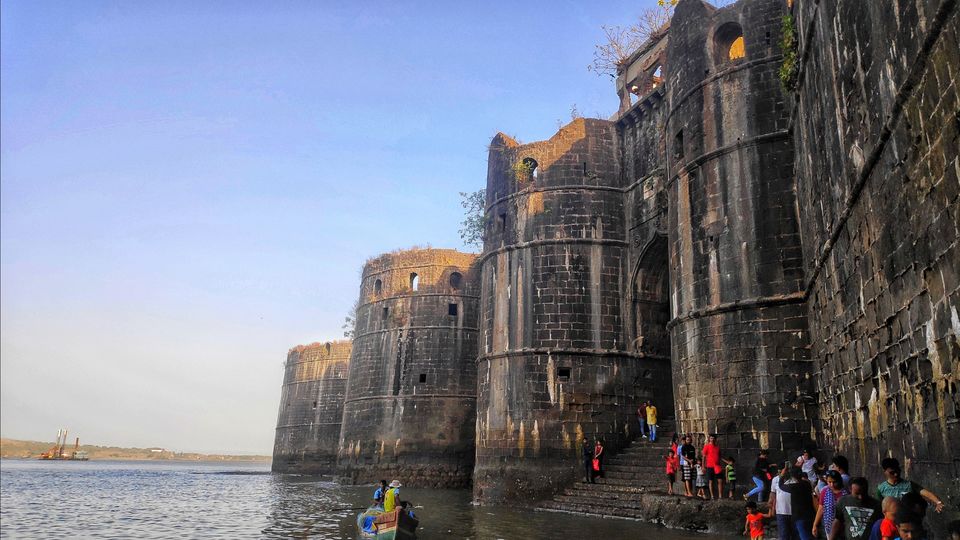 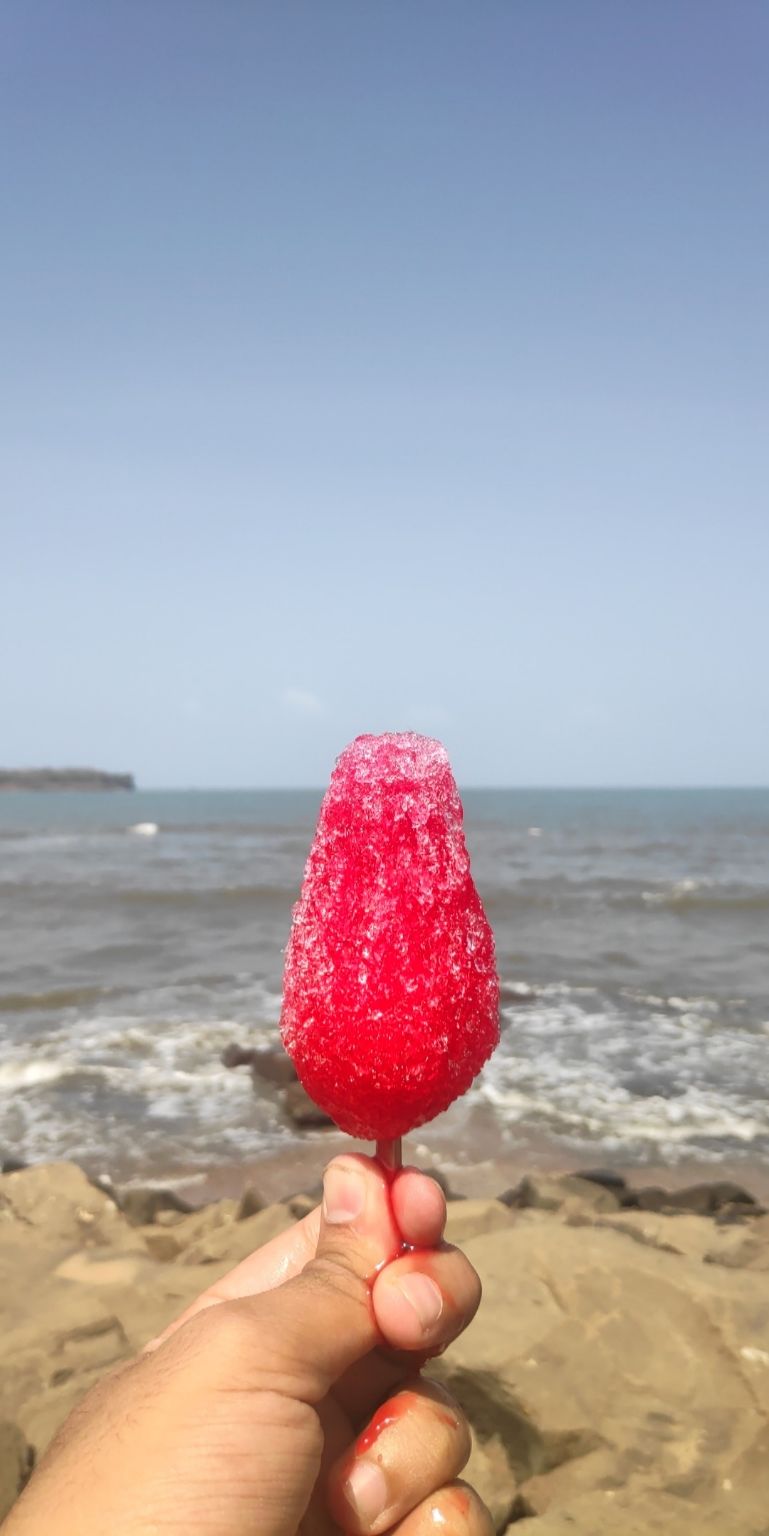 We had booked our beach side camping at Revdanda beach in Alibaug, it was weekend and visibly there was Mumbai-Pune crowd there. Seeing them "Chutti Khatam School Shuru (ZNMD Ref.2)" feels were started.

We camped there for the night, fresh air, under the sky, beer and long conversations made the aura for the night. 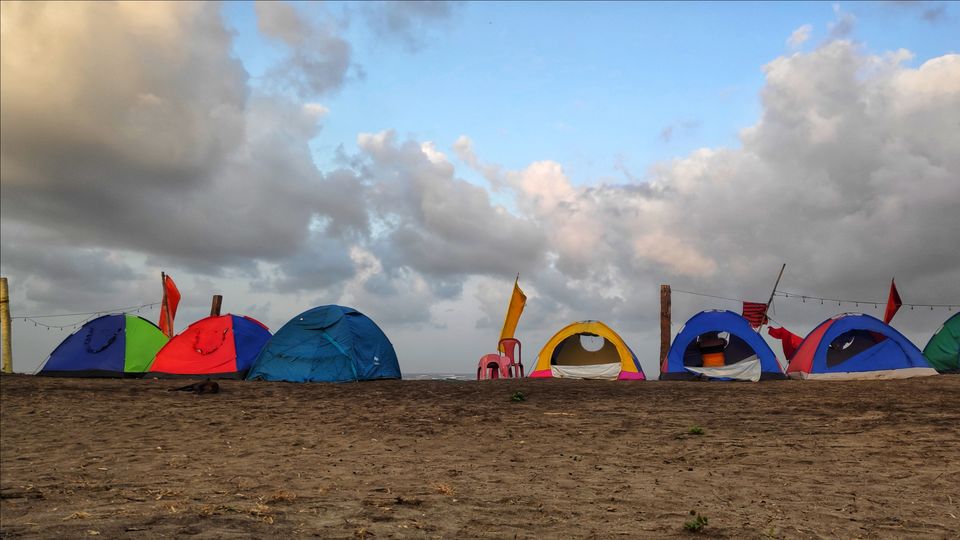 We left the camp site at 7:30 AM for Kashid Beach. This is the beach which Prakash hopelessly wanted to visit. But by the time we came here, he was like "I am done with beaches now". We went there, sat for an hour or so.

The adventure with did there was we met a horse rider Rashid, a 14 year old kid who was riding his horse like he's in a race or something. Now, Prakash wanted to ride the horse so he rode, but meanwhile he also cracked a deal with Rashid for two paid ride plus one free ride. So now me and Sunil also had to ride. That mad ass horse freaked the hell out of me while riding. And this made the final adventure of our trip.

Then we drove to Khopoli to leave Sunil there, with teary eyes and ice golas we bid him adieu. Then we went to Lonavala to buy chocolate fudges and chikkis. And returned back to Pune in the afternoon.