So this time during dusera holidays I decided to make a trip to Malaysia. I had only 5 days in my hands and a really low budget so this is where I decided to go.
I took a early morning flight from chennai Airport and reached Kuala Lumpur at 12 PM.
So KL airport is pretty far from the city and it was 57 km away from my hotel. As I mentioned already I was on a budget trip so was not in a mood to pay 70 bucks to a cab(70 Malaysian ringgit) which was excluding toll charges. After enquiring at the airport I got to know that taking a bus is the cheapest option.
It took me one hour to reach my hotel which was at KL sentral. So here begun my crazy trip to Malaysia.
So my hotel was very near to little India which made it very easy to find Indian food options although I believe in trying local food options.
So if you heard from people that Malaysia is expensive place to travel, to that I will say it depends on your choice of the place where you eat, the mode of transportation and the place you want to shop.
I decided to take train from KL sentral station. Believe me you can get training to anyplace from this station. So my first stop after lunch and a little nap was Petronas twin tower as I didn't wanted to miss the light and sound show. And I reached there exactly on time to watch the show and it was really beautiful😍💓.  I sat there for like an hour and took some pictures.
If you go inside twin towers there is a huge mall with all the high end brands that you can imagine, but I was really not up for shopping in the mall. So I decided to go to the next location in my list, Bukit Bintang which was walking distance from twin towers.
Bukit Bintang as my friends suggested me is a night market kind of place, but if you have been to khao San road in Bangkok you will be disappointed here.
There are lot of eateries but not many places for live music and drinks. There are places to shop and few places for massage. But I decided to do shopping only on the last day of my trip, so I had my dinner there and decided to go back to the hotel as I had to wake up really early the next day for my trip to genting highlands

A view of petronas twin towers ???? 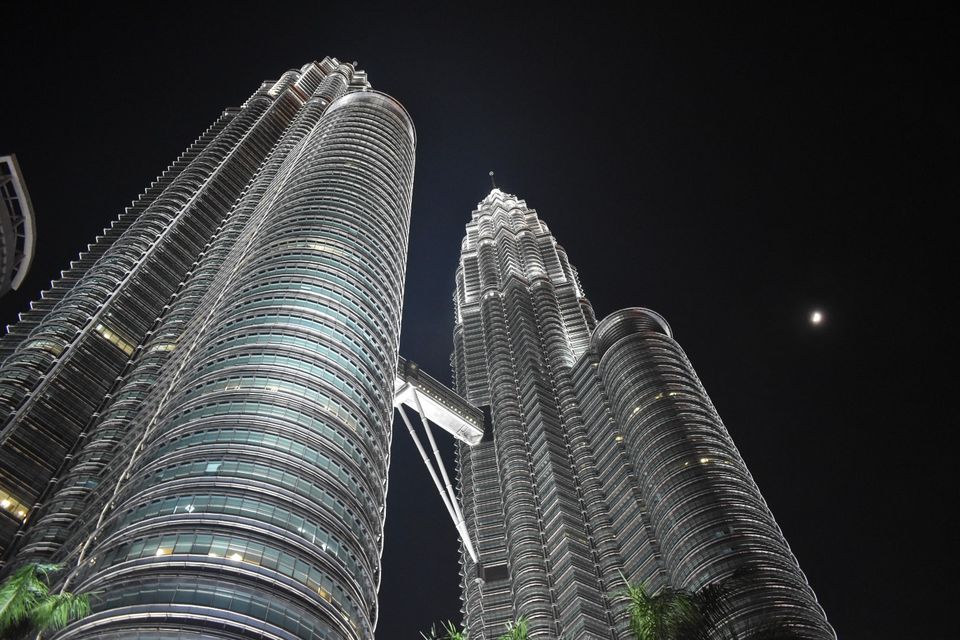 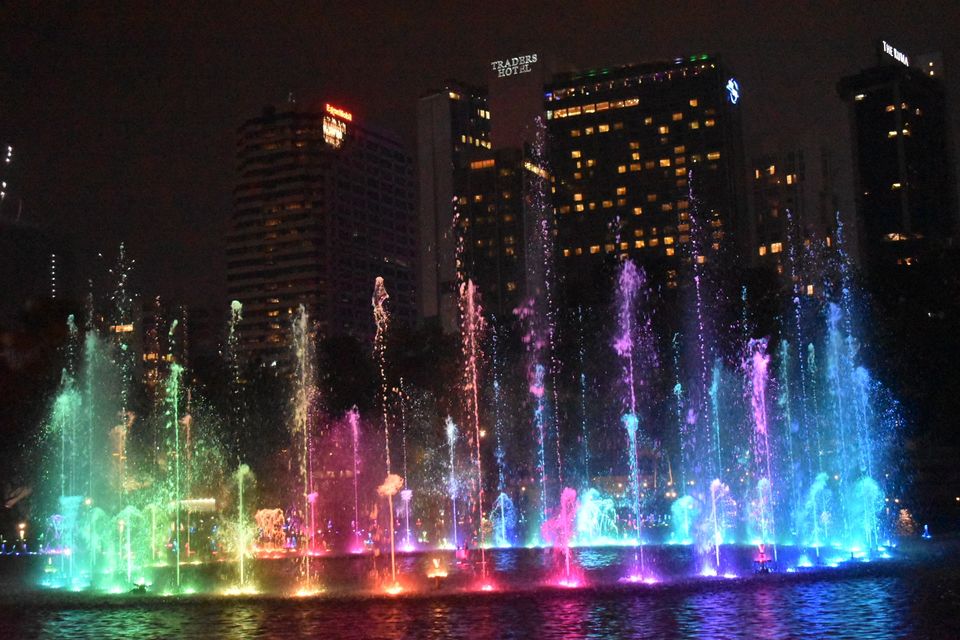 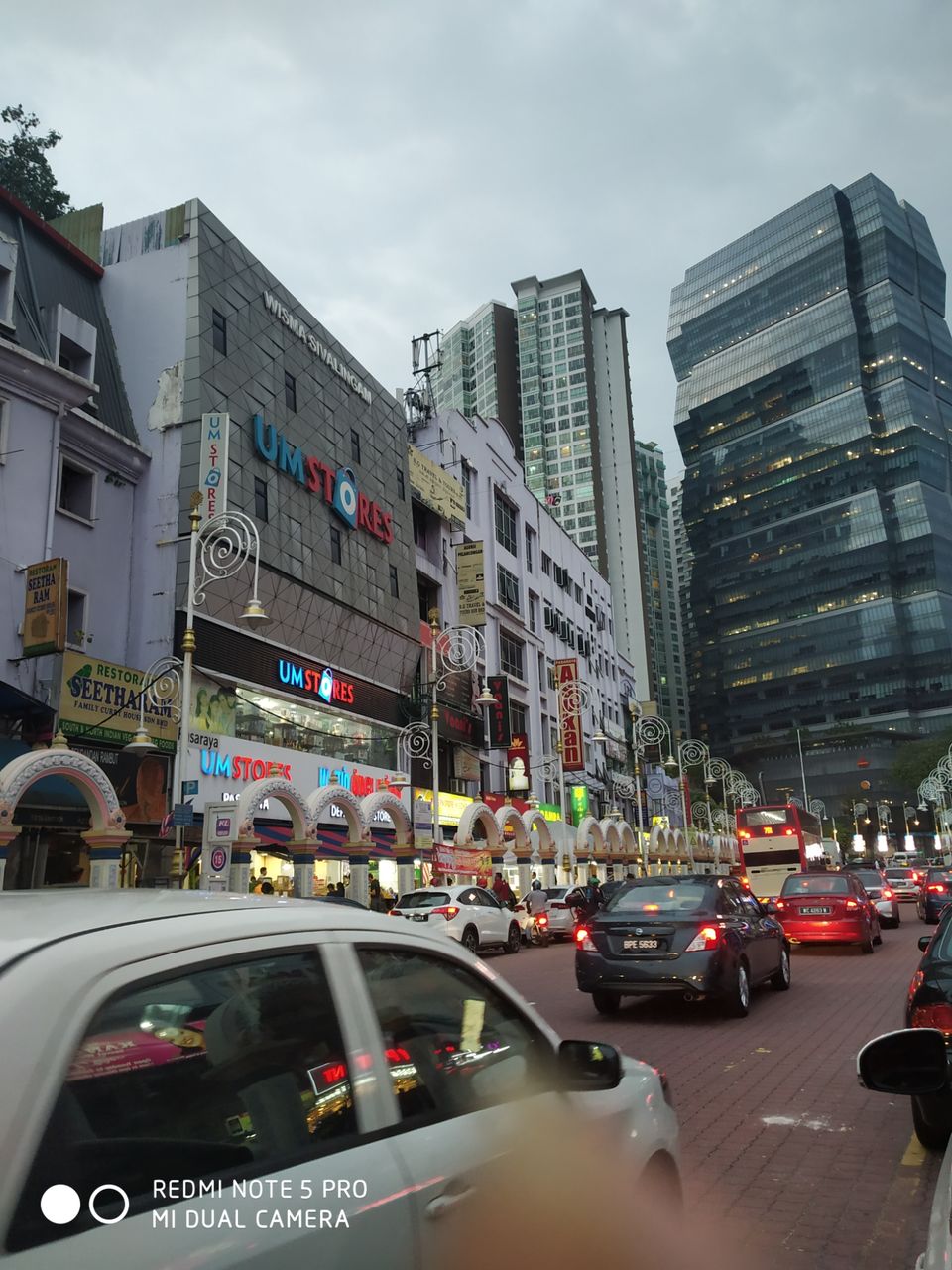