The Best of New York in 1 Day

The Big Apple was finally there for me to get a taste of. I had finally arrived at New York!

Staying at the YMCA, is part and parcel of most of my trips. Other youth hostels like Hi Hostels are available for people on budgets. while the West Side YMCA is just beside the Central Park, others are also available.The charges of the Youth hostels vary. YMCA charges an average of 80 USD for a night while HI Hostels charge around 60 USD for dorms. Following my pattern I stayed at the YMCA. While the rooms and the gym were of similar pattern as in other ones, the unfamiliar was the city we were about to discover - New York City.

In a whirlwind trip of two days we made sure we covered all the sights that could be seen and enjoyed. Starting with Times Square, we went in midtown Manhattan. Called the “crossroads of the world” it is surrounded by culture and chaos. But there is definitely a method in the madness. While Broadway is on one side, on the other is the world’s busiest business sections. At night Broadway is a fairyland of lights of the tinsel world. A walk through the square will be like a walk through the cross sections of humanity that people the world. Interestingly, it was named the Times Square only after the New York Times moved its offices there in 1904. While New Year celebrations form a big part of Times Square’s history and events others like the “naked singing man”(who is actually not naked!) and NASDAQ are all a part of its diverse culture. Again, the triangle of the square (an oxymoron) is called “Duffy’s Square” dedicated to Chaplain Duffy of the 69th Infantry Regiment in 1937.

From there it was short distance to the Empire State building. For long (nearly 40 years) it was the tallest building of the world and then Hollywood made it famous. Now it’s unthinkable not to view New York from its roof tops and definitely one should see the sunset from there. Feeling at the top of the world becomes a literal expression then. Built in the Art deco style it has 102 stories (from there the steps start to higher stories) and can be seen from almost anywhere in New York.

From large we went to larger. Visiting the New York public library was like visiting a city within a city. It has nearly 53 million items housed within it. Rare books and manuscripts notwithstanding it has maps as well as the Gutenberg Bible. It is the 3rd largest library in the world. Built by a grant from John Jacob Astor’s will, this library grew in leaps and bounds through the years. Its reading rooms are one of the largest in the world including the Rose room. Engraved into the public imagination through various movies like Breakfast at Tiffany’s , The Time Machine and Sex and the City, it remains one of the most enduring icons of research and knowledge in the public mind.

My trip to New York was finally at an end. I finally realised how Gulliver felt in the land of the Brobdingnags with the size of these place that I visited. Yet I also felt a part of the human microcosm in the teeming millions of the city and loved it.

HotelsMap
A microcosm of the world and all I had to do was take a bite of the big apple. Colors and people everywhere. 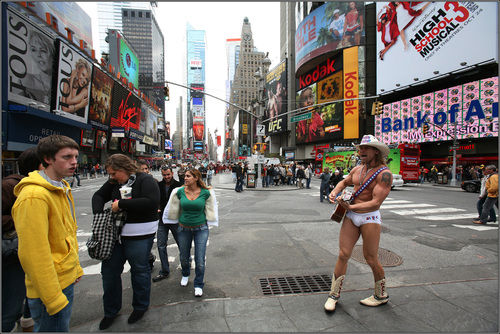 HotelsMap
I felt at the top of the world and yet humble enough to know the greatness of such a creation. Having paid USD 27 dollars for a "priceless" view and invaluable feeling was absolutely worth it. 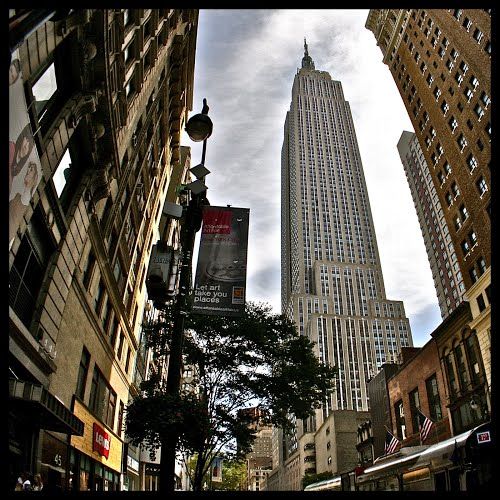 HotelsMap
Reading was never such a pleasure. Nor was the fact that the treasures inside were the treasures of the mind. Riches indeed! 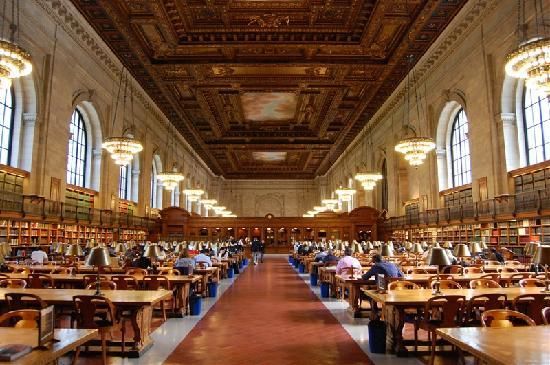