In the heart of the Cordillera Blanca (White Range) and the Cordillera Negra (Black Range) in the Andes is the quaint little town of Yungay (yoongaai), peaceful and quietly sat at 2500 m above sea level, in Ancash province. It didn't used to be so quiet, till 3:23 pm on Sunday, 31 May 1970. 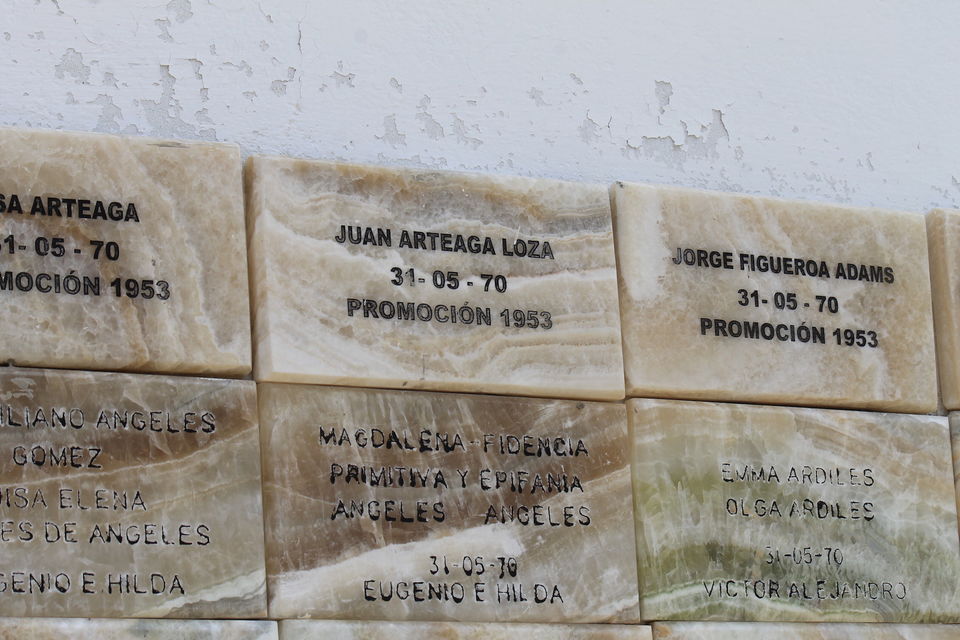 That was the day an undersea earthquake with its epicenter in the Pacific Ocean triggered a landslide in Yungay. Now the Peruvians take their Sundays very seriously. The whole town is out, singing, dancing, drinking chicha (corn toddy), playing in the parks, barbecuing their meats to share with everybody. But on this certain Sunday, Mother Nature decided to play partypooper.

The landslide from the towering Huascaran mountain (6800 m), hit them at speeds ranging from 300 km/h to 800 km/h. That’s as fast as a boeing jet does. There were around sixty-five to seventy thousand people in town that day. And they were subjected to 80 million cubic meters of freezing water, mud, and rocks bigger than homes, hurtling at them at speeds faster than you can blink.

Anything in sight was demolished by the landslide. Below is an aerial view of the aftermath. That glacier is about four thousand feet wide at the widest, and this pic is still when it was only halfway through it’s ride. 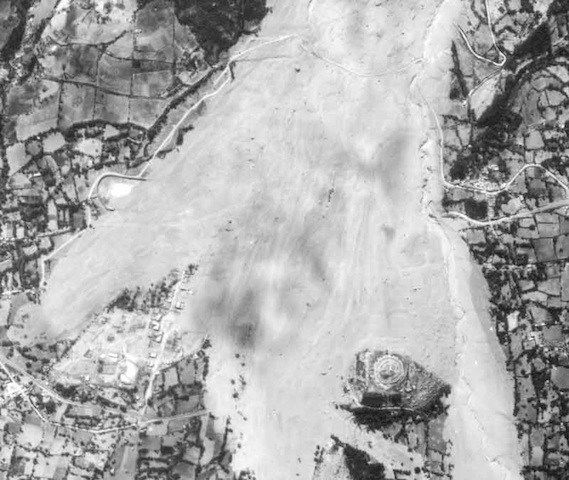 The only survivors that day were a bunch of kids who’d gone to a fair the same Sunday, and another bunch of kids who were at the stadium, which happened to be at an elevation this landslide could not touch. Of course, when they got home, some died of shock and heartache. And the resulting starvation took some of them. It was like God himself had spoken. Something sure upset him. 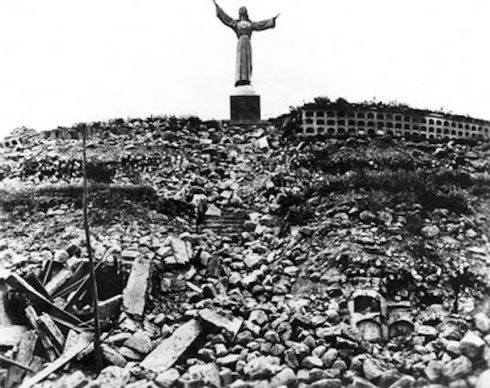 People say, the majority of people trying to escape, ran toward this bust of Jesus, pretty sure he would save them. Unfortunately, the landslide was headed in the same direction, given this was the low lying depression zone.

Here are some more images from Yungay, Peru's own Ghost Town. 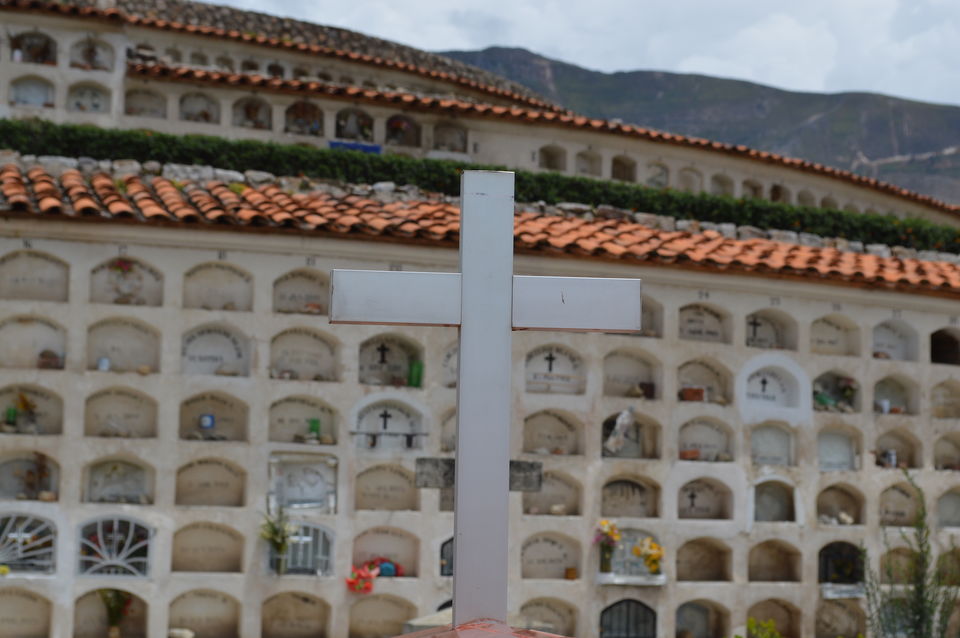 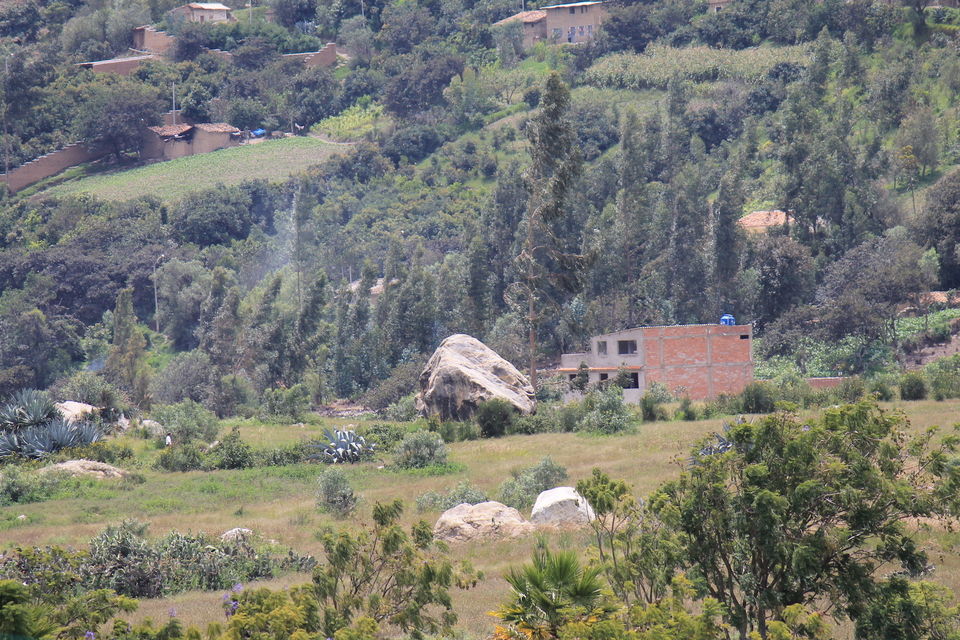 Above: That rock hurtled down into town at airplane speeds in 1970. Imagine yourself in it's path. Not good. 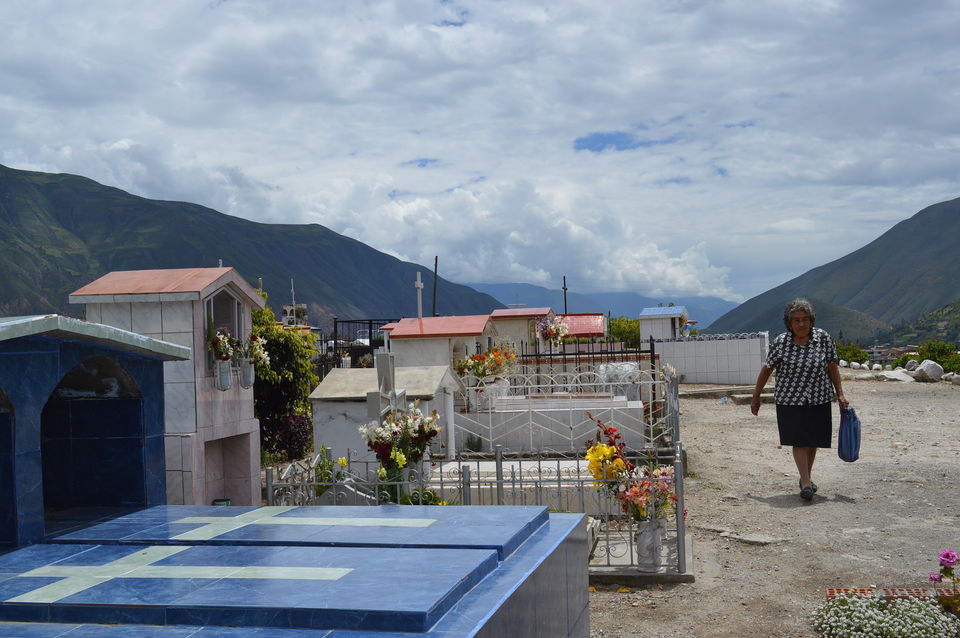 Above: She was 11, when she survived the destruction. Comes in to speak to her siblings every Sunday.

Below: She's heard about it a million times from her grandma, another survivor. 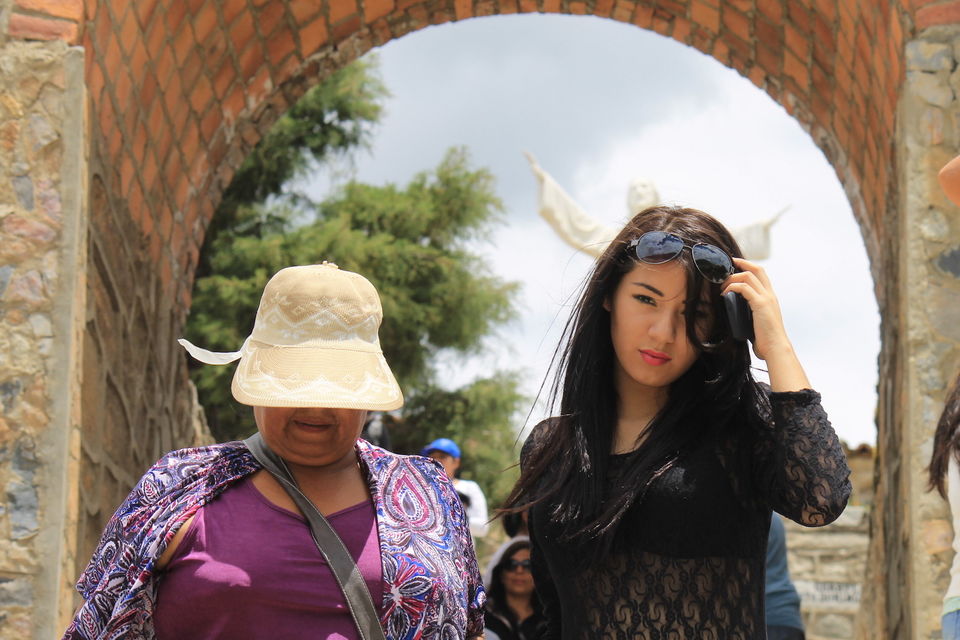 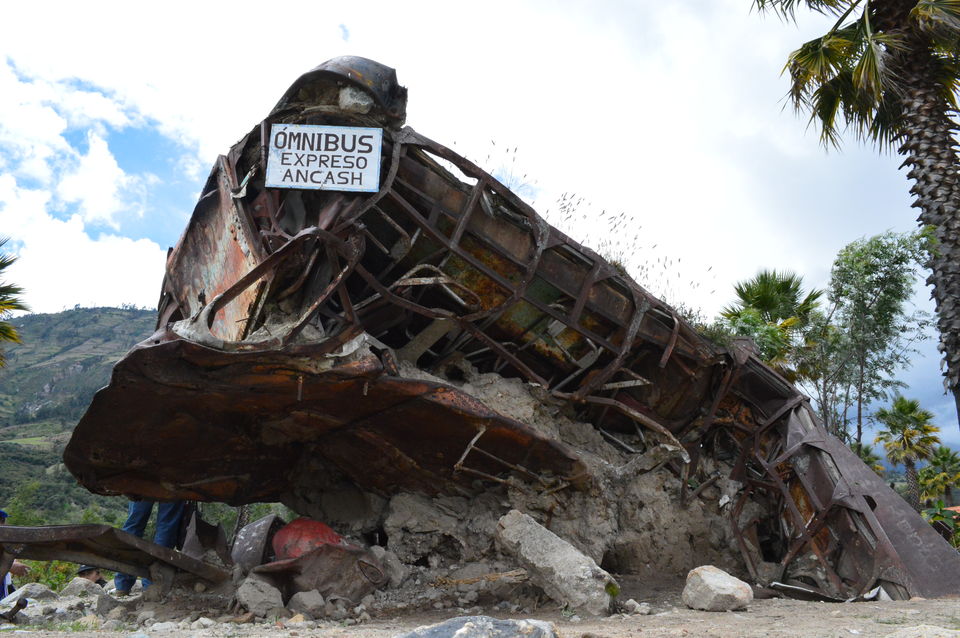 What you see above is the remains of two cars and a bus that were hammered together during the events, pretty much like 2 bananas and a papaya in a grinder.

Nobody lives in Yungay now. They are still terrified of what happened 45 years ago. On Sunday. It was supposed to be a day of rest. Day of the lord... 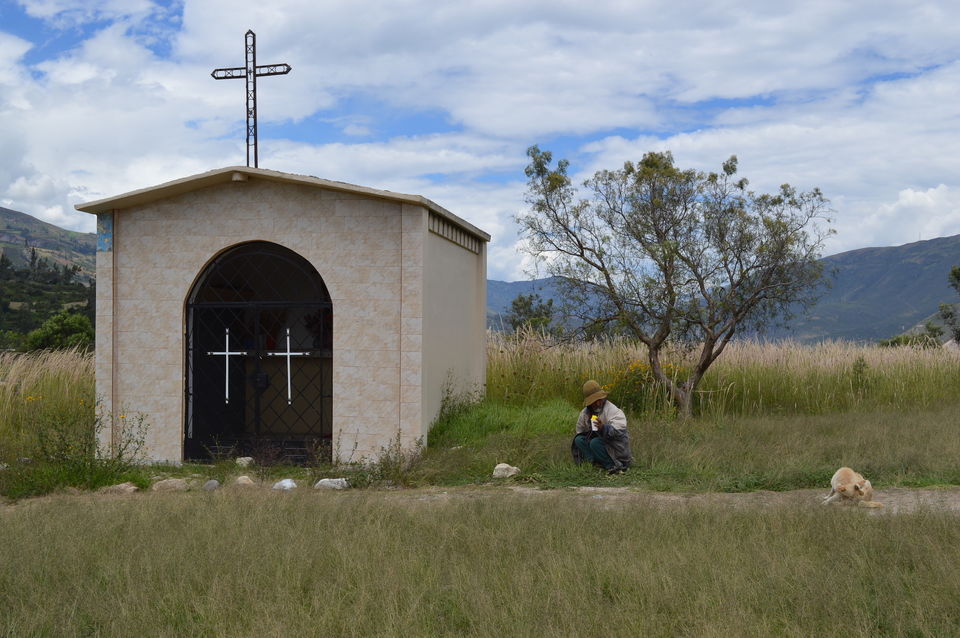 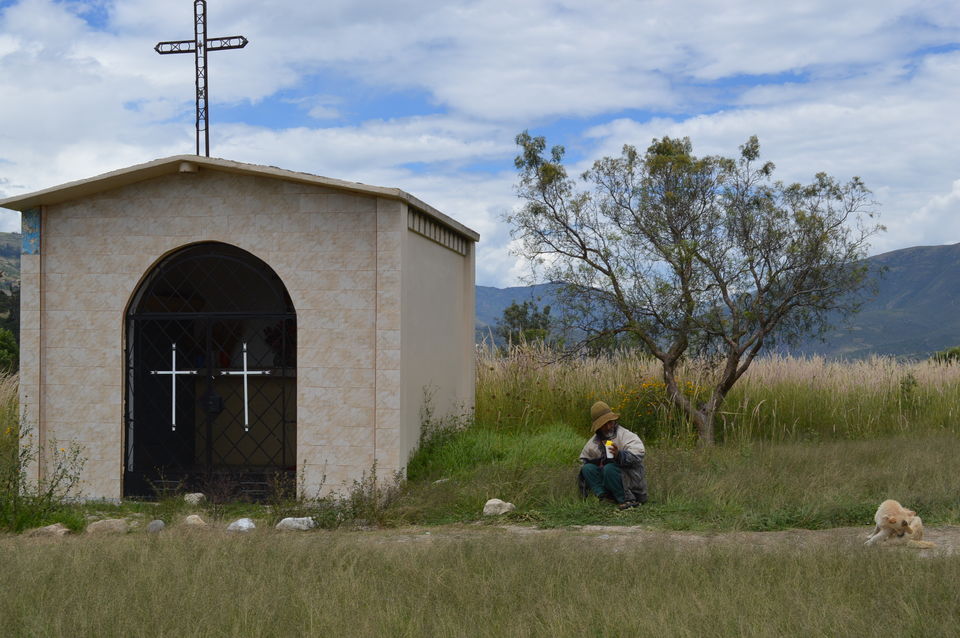