Amritsar- A Glimpse into History 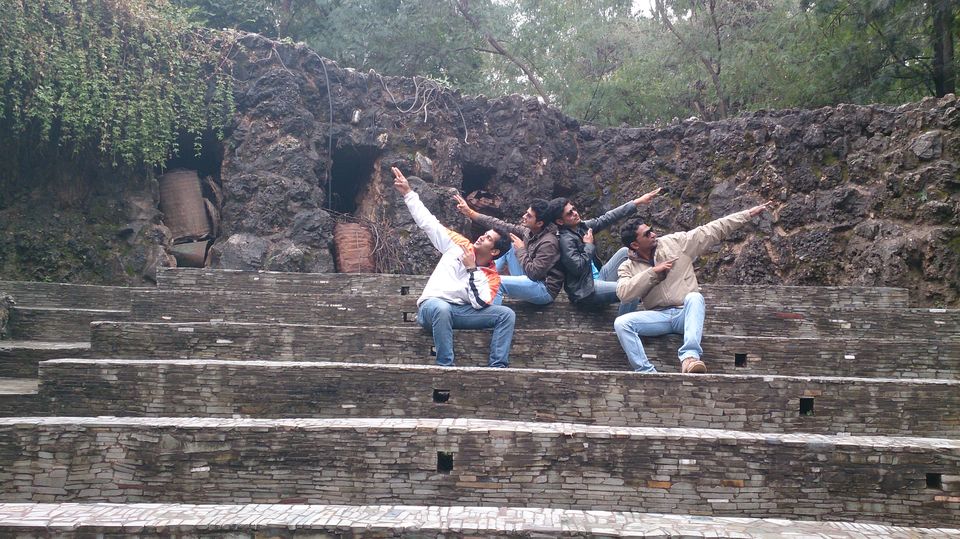 It was the new year eve of 2015 when we decided for a trip to Amritsar. Within minutes the itinerary was finalized, a friend agreed for his car and on the next day, at 2 pm we were cruising towards Amritsar from Roorkee.

The distance between Roorkee to Amritsar is around 400 km (It is almost the same from Delhi. Therefore, anybody from Delhi can also plan in a similar way.).

The road till Yamunanagar was one way but after that we got on NH-44 and the journey was smooth and comfortable.

We expected to reach Amritsar at around 10 pm. We stopped at a couple of places for refreshments and dinner. 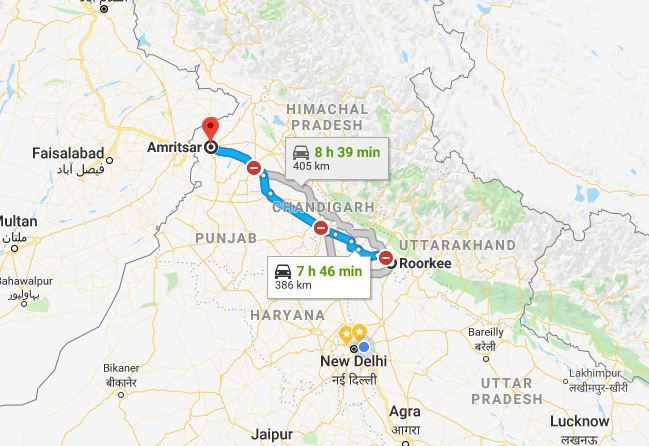 We were standing in front of the Harmandir Sahib, popularly known as "the Golden Temple," at 10 pm . We visited its premises. It was absolute bliss.

Since it was a late on a winter night, there were not many people around and the silence was heavenly. The view of the temple at night is breathtaking. 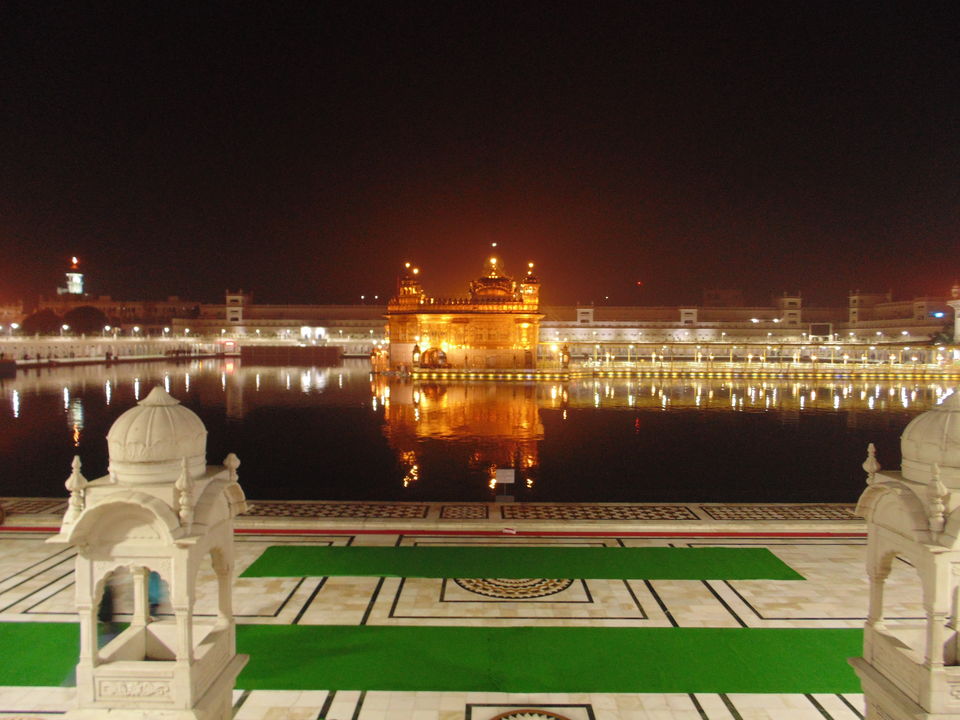 After that we roamed in the deserted streets of Amritsar and found a budget hotel and crashed into our rooms.

We got up early, and readied ourselves. Our travel plan for the day was-

2. Visit Harminder Sahib and then leave for wagah border parade by 2 pm.

3. Attend the parade and then reach Chandigarh by 10 pm.

The narrow entry at Jallianwala bagh 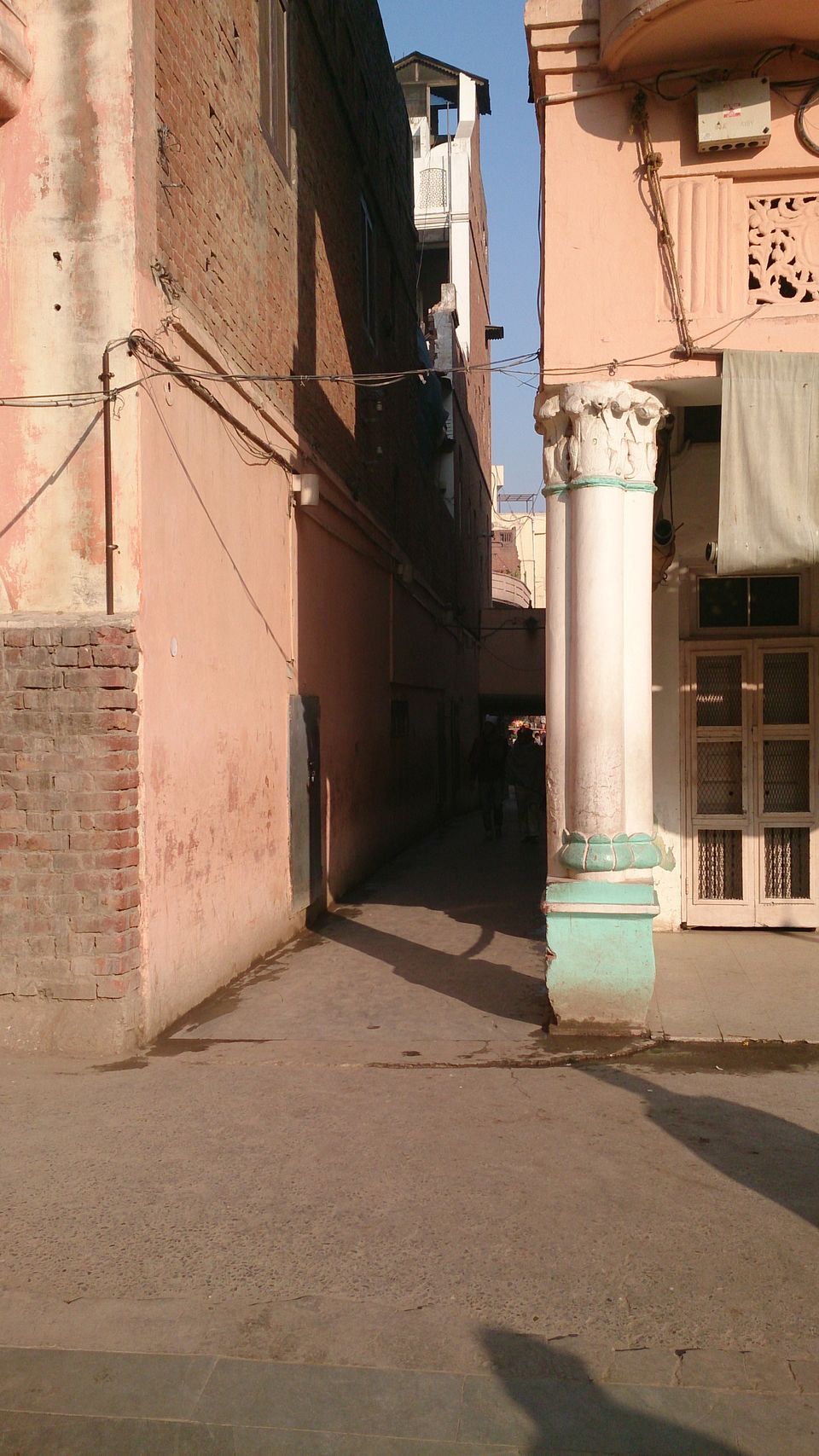 The bullet marks on the walls 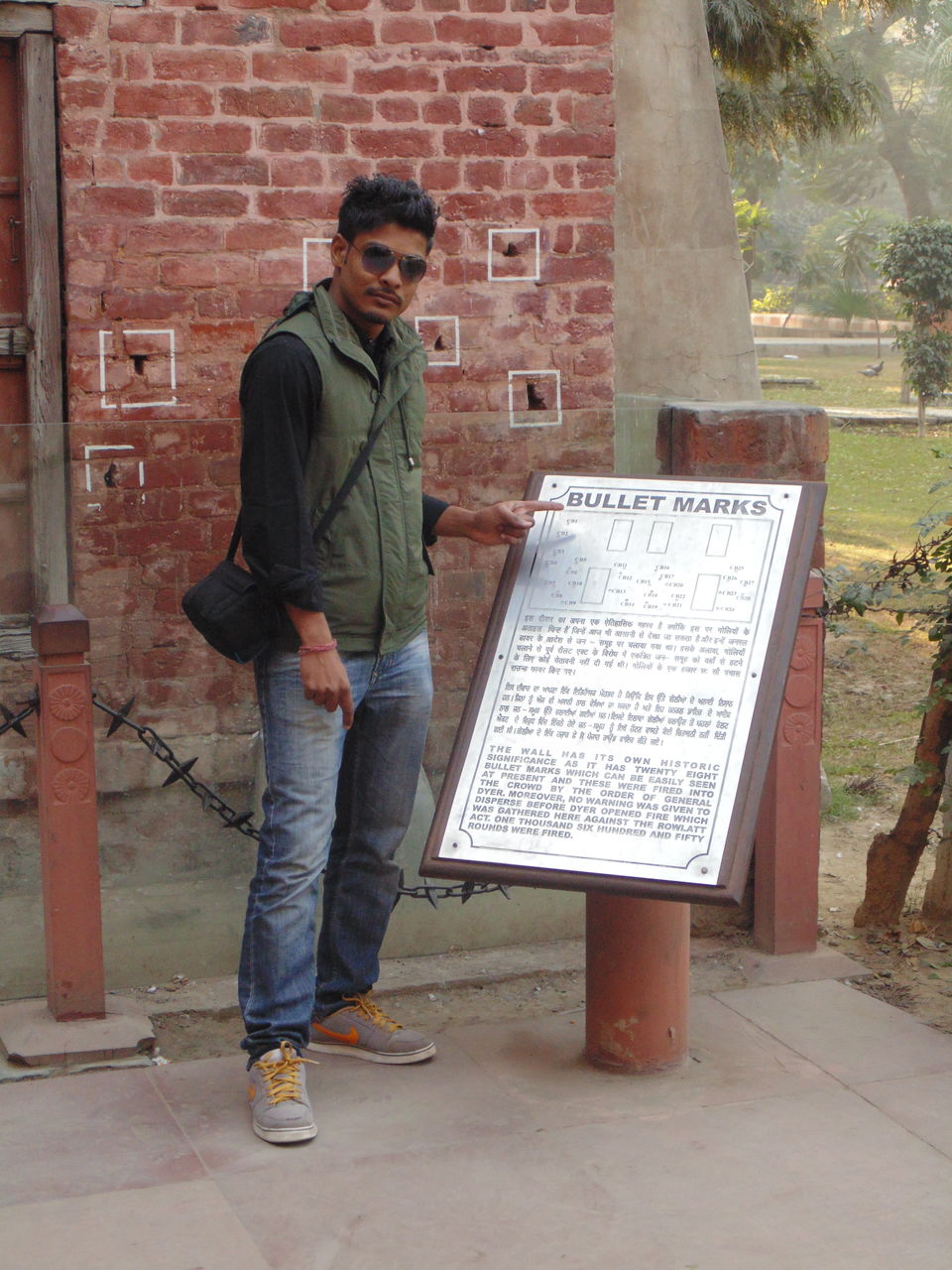 After that, we went to the Harmandir Saheb.

A brief about the Harminder Saheb or Golden Temple

Golden Temple is one of the most important and key religious places for Sikhs in Amritsar. The Gurudwara blessed with immense spiritual bliss and tranquility really forms the centre and soul of Amritsar. It holds the Granth Sahib which is a holy scripture for the Sikhs. The upper floors of the Gurudwara are completely covered with gold and hence the name.

It is a symbol of brotherhood and equality as it was built with the aim that people from all walks and religions of life would visit the place for religious blessings. Over a lakh people visit the Golden Temple for holy blessings.

The beautiful Sarovar in the centre of the Gurudwara, where thousands of people take a holy bath is literally the soul of this holy place. Every holy event is celebrated with great enthusiasm here. The soulful Gurbani adds to the charm while inculcating good moral and human values in the worshipers.

Bathing in the Amrit Sarovar is an ancient tradition. The water is believed to have healing powers, and so draws the sick and ailing from all faiths. There is a walled-off portion where women may bathe; the men, in the mandatory boxer shorts, have the rest of the pool to themselves. On the eastern side of the tank is the Dukh Bhanjani Beri, which is where the original natural pool was located. 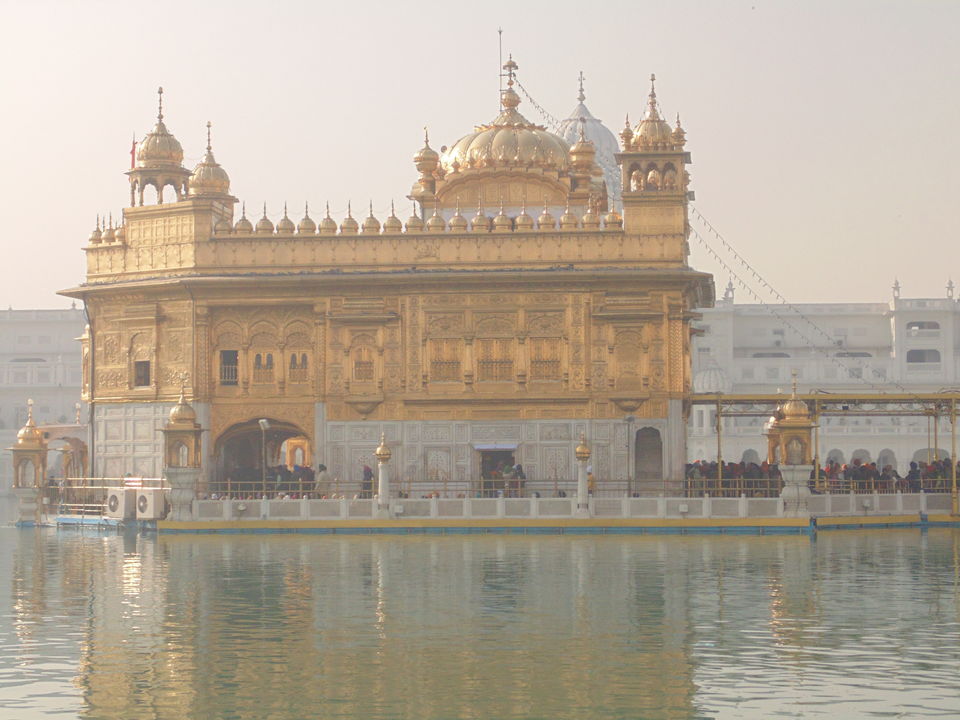 At 2 pm, we rushed towards the wagah attari border. It is some 25 km from the main Amritsar town. 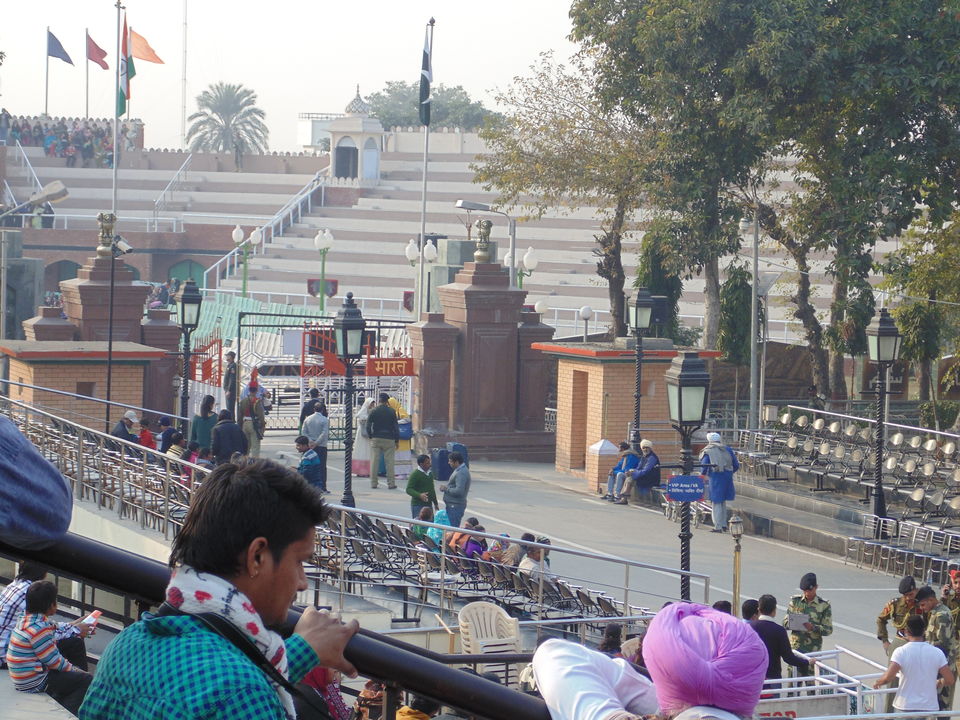 The mere sight of the border gave us goosebumps. Isn't is surprising how a fencing wire demarcates a piece of land, when all the other things are same across it?

After the parade was over we cruised towards Chandigarh. But, stayed in Ludhiana as it was pretty late and we all along with our driver were pretty much tired.

We again started early and were exploring the rock garden in Chandigarh by 10 am. 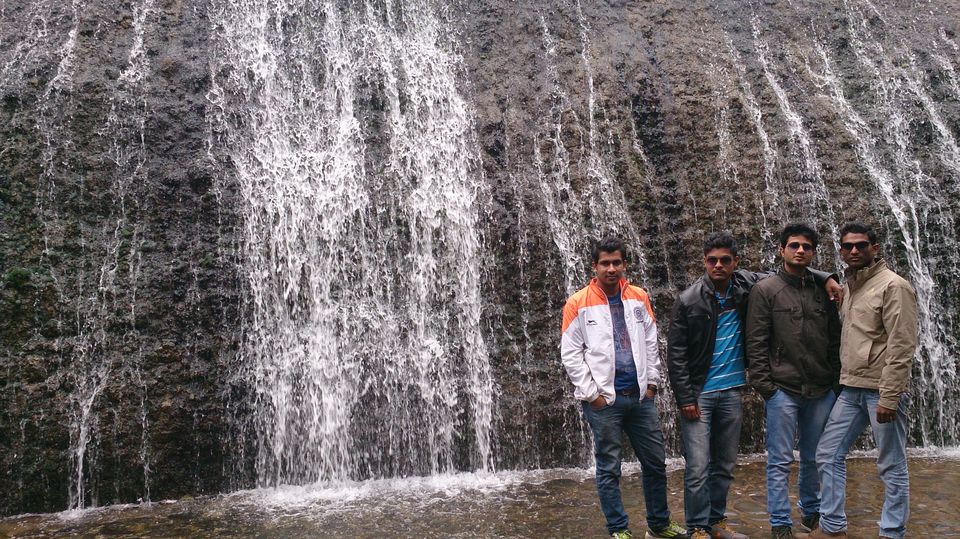 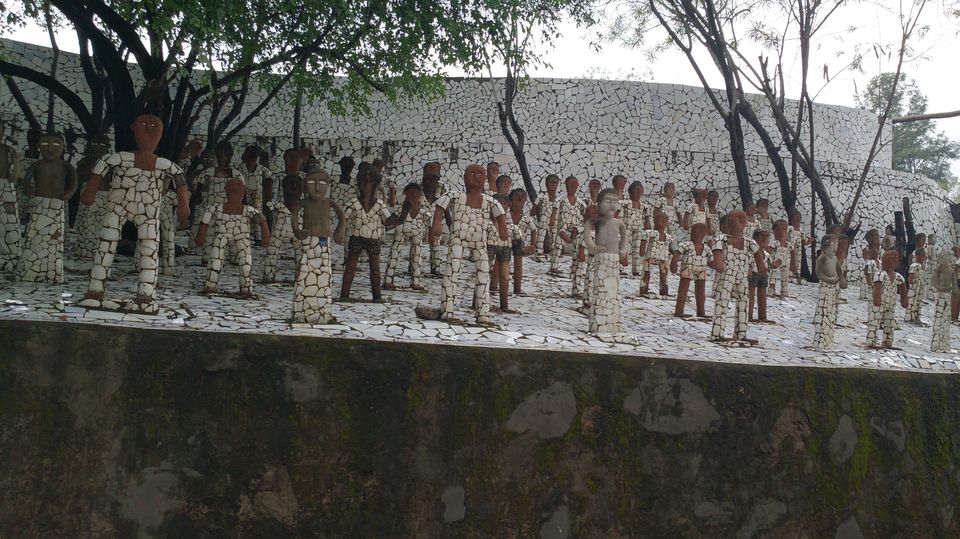 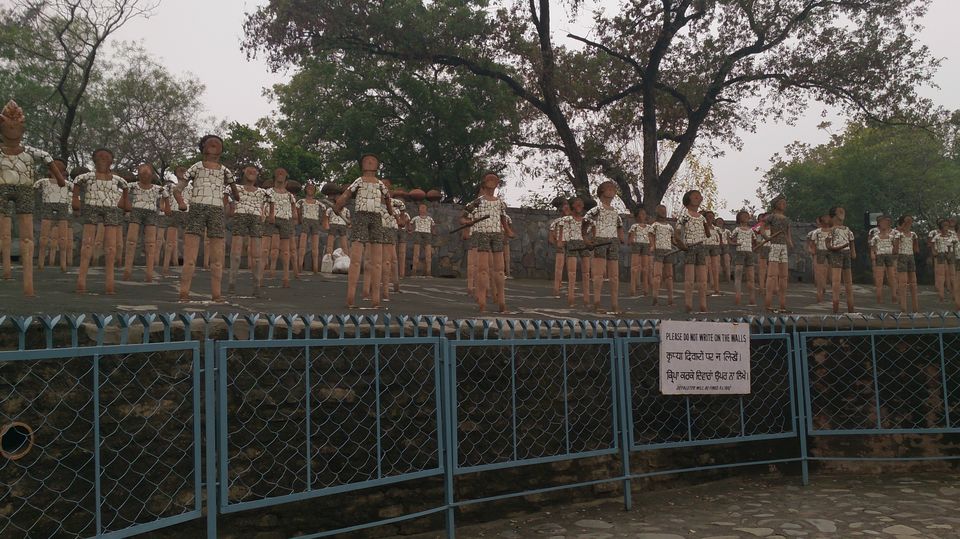 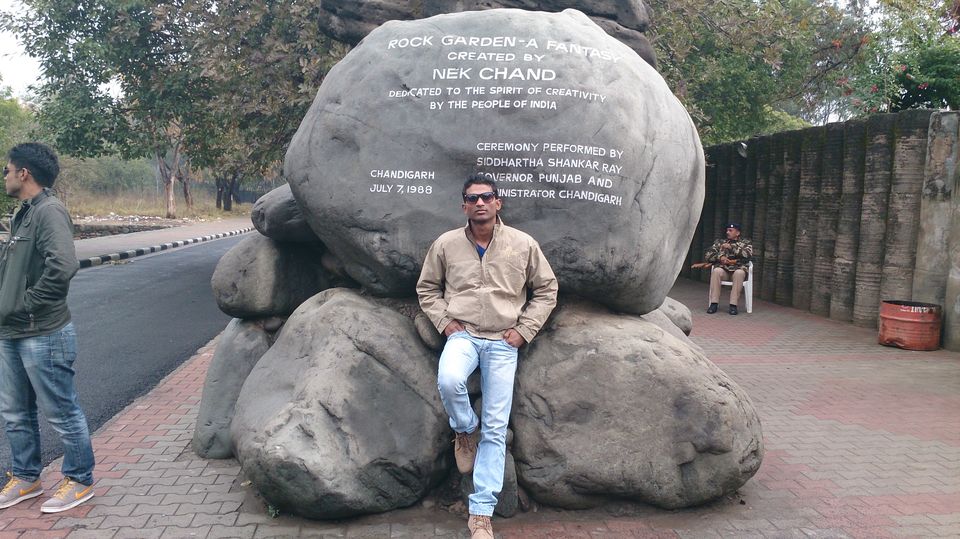