The Historic Capital Of Mewar 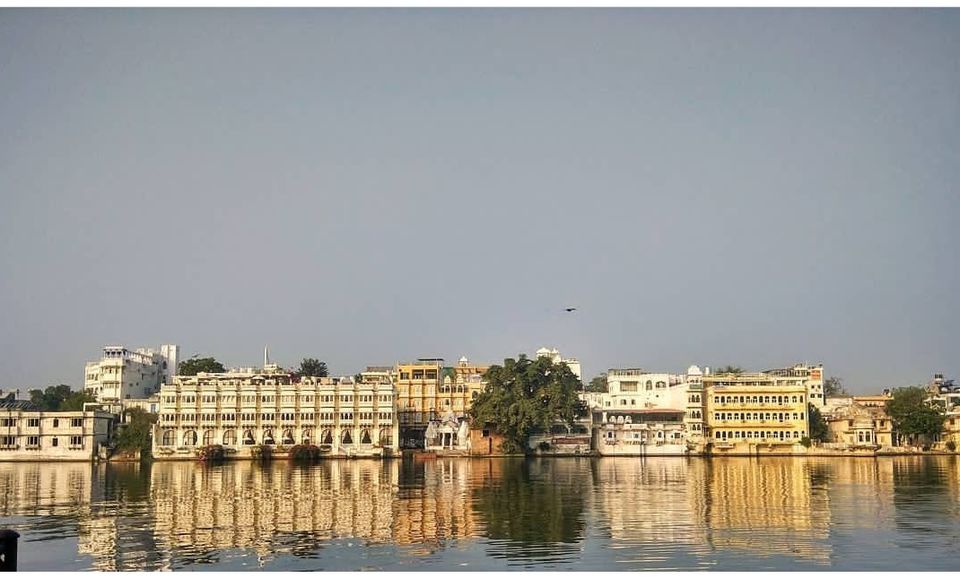 Rajasthan was the first state I ever visited as a solo backpacker and hence, this place is very close to my heart . My journey begins from the Mewar region of Rajasthan.

Famously known as the 'City of Lakes' Udaipur, which is in the southern part of Rajasthan was my first stop in the state. This city was founded by Maharaja Udai Singh II when he shifted his capital from Chittorgarh to Udaipur and hence it was also known as the historic capital of Mewar.It gets it name as the 'City of Lakes' because it comprises of 5 major lakes out of which Fatehsagar and lake Pichola are the two main attractions of this city. Most of the lakes in Udaipur were created by building dams for water conservation and irrigation purposes.

The lake gets its name from Maharana Fateh Singh who rebuilt this lake after the initial lake built by Maharana Udai Singh was washed off because of the floods.There are a number of islands in this lake . The most prominent one being the Nehru park .Fateh sagar lake is known for its scenic beauty and the boating activities. Tourists can take a boat ride and go to the Nehru park for an evening stroll and watch the sun set over the horizon .

Built in the year 1362 AD lake Pichola is also an artificial lake named after a nearby village called Picholi.This lake has been developed over the last few years in and around the city .Two main islands in the lake Pichola comprise of the Jag Mandir and the Jag Niwas and also the Taj hotel.A boat ride is a must in the lake pichola which costs approximately 125- 150 INR depending on the time of the boat ride.

Jag mandir or the lake garden palace is a joint effort of 3 Maharanas the last one being Maharana Jagat Singh. In his honor the place was named the 'Jagat Palace' or as it is known nowadays as 'Jag Mandir'. This mahal was used for recreational purposes or as the summer palace by the Maharanas.The palace has intriguing history as the mughal emperor Shah Jahan had sought refuge in the Jag Mandir, it was also used as a refugee spot for women and children of the european families during the first war of independence in 1857. The entry fees for this palace is 500 INR inclusive of the boat ride from the ghat.

The city palace is one of the most splendid of all the palaces in Rajasthan. It is built on the banks of the lake Pichola. Maharana Udai Singh II in the year 1153 first started the construction of this beautiful palace which was then carried forward by hi descendants. It took almost 400 years to complete this structure . The architecture of this place involves both rajasthani and mughal work.Many royals then stayed and used city palace for their administrative purposes.

In 1974 part of the palace and Zenana Mahal were converted into a museum. This museum consists of paintings , armoury, artifacts all depicting the history of mewar. The entry to this palace for Indian tourist is approximately 300 INR and 250 INR for additional camera.The city palace has also become a wedding destination for a lot of young couples with its open chowks and the rich architecture it proves to be a beautiful spot for destination weddings.

Gangaur ghat is considered to be one of the main ghats of the city. it is situated at the heart of the city at the banks of the lake Pichola.

It gets its name Gangaur after the famous festival of Rajasthan named as the Gangaur festival . The procession of this festival ends at this ghat where the idols are finally immersed into the water . Bagore ki haveli is another nearby attraction at the gangaur ghat . Its a old rajasthani haveli which has more than 100 rooms full of display of modern art and costumes. It is also an excellent spot to hang around and catch the beautiful sunrise and sunset and is also a treat to the photographers as the entire old city can be captured in one frame.

Maharana Sajjan Singh built this palace in the year 1884 . This was built on a hilltop to see clouds during monsoon and hence is famously known as the 'Monsoon Palace' . This place is the best to see sunset in the city . The government runs jeeps from the base of this hill top that goes up to the palace . This journey costs 90 INR.

i would suggest staying in the old city where a number of havelis and old homes are now converted into hotels or hostels to get a authentic feel of the rajasthani architecture and a glimpse into the lifestyle of the maharans.

There are a lot of other historical places near Udaipur . You get private cabs for about 1800- 2000 INR to go and visit these places having a historical significance which are :

The kumbhalgarh fort was built by Rana Kumbha in the 15th century. It is the second largest fort in Rajasthan and it separates Mewar from Marwar. This palace is also the birthplace of Maharana Pratap one of the greatest warriors of the Rajput clan.

The exterior wall of the fort is 36 km long it is the second longest wall after the Great Wall of China. The placement of the fort is such that this fort is not visible unless you are at a distance of 10 minutes from the fort , this special feature of this fort was the biggest plus point it had against invaders\ attackers.

Built by Chitrangada Mori , the fort rests above a hill top and is known for its 7 gates , the main gate being the Ram Pol. The fort is said to be named after its creator . The chittorgarh fort stands for the chivalry and bravery of the Rajputs. It's the biggest fort in India . Thanks to its majestic appearance many rulers have tried to invade this fort the most famous one being Alauddin Khilji. It has a plethora of palaces and temples inside .

Chittorgarh is famous for its JauharMela . Its one of the biggest festivals celebrated in Rajasthan. . Its commemorated for the 3 jauhars that happened at the chittorgarh fort and is celebrated around the date or rani Padmini's jauhar .

This is the place where the iconic battle between Maharana Pratap singh and Man singh I was fought . Man Singh was representing Akbar in this battle .The ghati is named haldighati because of the yellow stones that forms this ghati . Even though the mughals won the battle it was still considered as a loss because they failed to capture Maharana Pratap Singh.There's a museum here which has a show, and caricatures made that depict the battle in great detail. It's a must visit for anyone who is a history enthusiast.

From magnificent forts , royal palaces , beautiful lakes to the colourful festivals and the delicious cuisine Udaipur represents culture and heritage at its best.The moment you step in this place the folklores , the stories about the valiant heroes , the charming and intelligent queens and about sacrifices , defeat and victory will take you back in time.