Siem Reap Travel GuideSiem Reap TripsCambodia - Flirting With The Past

Cambodia - Flirting with the past 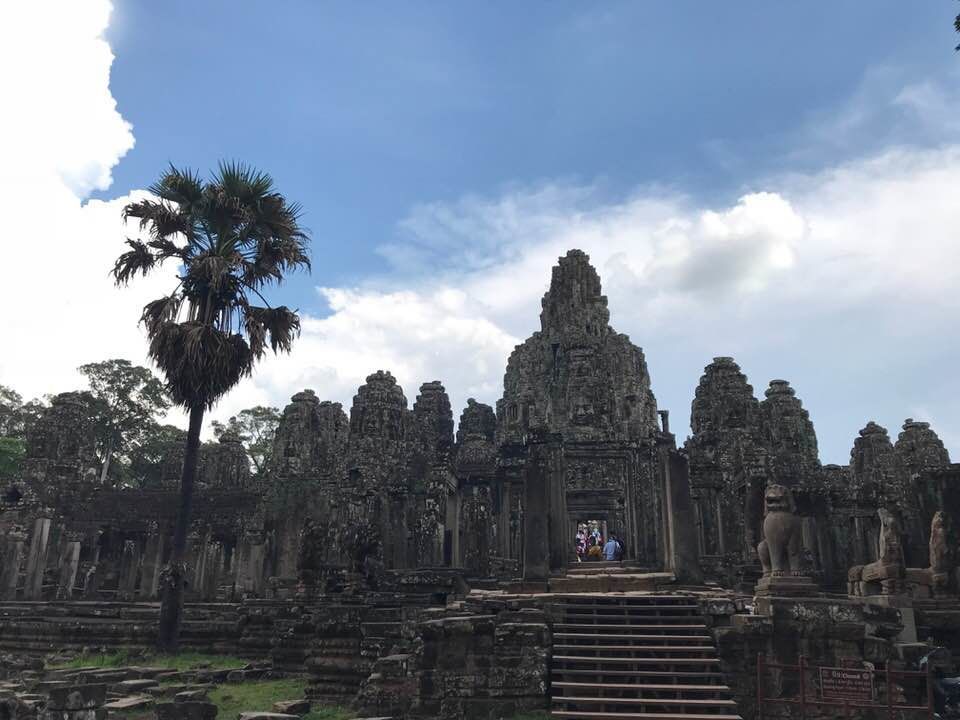 Cambodia, for some reason was always on my bucket list. As I chalked out plans to embark on a solo trip to this ancient beauty that long wooed visitors with its ancient temples and chaotic past, I didn’t really know what to expect and I decided to go without much fuss. But I knew this trip was going to be different – different from all the other ones that I have done in the past.

Cambodia seemed everything to me – from backpacker party pads to upmarket resorts, from intriguing temples to a haven for local street food, offering cultural, historic, spiritual flare to inquisitive souls. Since I was on an eight-day trip and I had two countries on my bucket list, I decided to hit Siem Reap first.

My first stop at Siem Reap had to be Angor Wat – a place that I have always romanced. History tells us that Angor Wat, is officially the largest religious structure in the world. This UNESCO protected site, built on a site measuring 402 acres, was originally constructed as a Hindu temple dedicated to the god Vishnu for the Khmer Empire. Later it gradually transformed into a Buddhist temple towards the end of the 12th century.

As I entered Angkor Wat, I couldn’t help but absorb its spiritual flare. While I moved from one structure to the other, gazing at their beauty, I realised that these places were to cherish and not be rushed upon. I spent an entire day at this place, romancing the past and admiring its long stint with history, bas belief, splendid architecture, engulfed in mysteries. As I walked past the ruins of these enormous temple complexes, they reminded me of Cambodia’s turmoil past.

Among all the temples I visited in Angor Wat, the Bayon temple remained the most attractive one: simply because of its distinctive feature; the multitude of serene and smiling stone Buddha faces on the many towers and the symmetrical arrangement of those just amazed me. Not to forget the heavy storm that greeted me, when I stepped out of Bayon temple. While I got on to my tuk – tuk for a ride back to the town, I witnessed what appeared was very ‘common’ in Cambodia – the storm that kicks in just before the showers. I struggled to keep the tuk tuk sheets intact while strong gale winds gushed in from all sides. I saw braches of trees fallen everywhere and people running helter skelter to take cover from the heavy storm that was about to hit the town. I was assured by my driver that we would be safe and this was a common sight just before the break of showers. I was amused by the weather conditions of the place: while the entire morning I soaked in such a sultry weather, by evening, rains and storms just lashed, without any prior notice! But yes, that was indeed a pleasant change of weather, I thought!

Note: You can’t miss Angor Wat. So you should be able to afford the hiked prices of $37 dollars to visit the Angor Wat premises (The government just decided to hike the prices of the tickets from a meagre $20 dollars to $37). So, be prepared to shell out more. But it’s worth it.

After a brief flirtation trying to understand Cambodia’s chaotic past, I set out to visit the Cambodian Cultural Village, located in the heart of the town. The village provides a sneak peek to the quirkier side of the kingdom. The cultural village, is an effort to represent and showcase the land of Cambodia in a whirlwind tour.

In the 210,000 square metered (about 52 acres) land, this place has tried to build miniature versions of the Royal Palace in Phnom Penh, the Reclining Buddha, including other famous landmarks. Dedicated to the Khmer and six of the country’s other ethnicities, including the Cham and the Chinese, the village hosts regular shows showcasing local talents: dressed in colourful costumes, these performers enchant the audience with acrobatic shows and cultural dances, showcasing purported legends and folkways. I witnessed one of the Khmer weddings and it looked beautiful to me; I couldn’t just take my eyes off the bride and the bride groom as the bride walked alongside the groom chanting vows. While I did a complete tour of the village, the orange-robed monks enthralled me wherever I went. I tried to click some best shots and I guess I managed to do too.

When you are a tourist in Cambodia, it is a common practise that your tour guide would take you to one of the biggest restaurants in towns where you not only savour a well spread (international) buffet but also indulge in some Khmer cultural performances, while you share your table with the other international tourists. The place provided a conventional slice of Cambodian rural, cultural life which to me, seemed beautiful and largely unaffected by the world.

Note: Visit the cultural village only if you are inclined towards art and culture. 30$ is quite an amount to shell out.

Siem Reap’s night market – the Angot Wat night market - a must place to visit while in Siem Reap. You could either hop on to a Tuk Tuk (or Remork, as the locals call them), which is the most effective way to travel around the place or cycle around. As I waded through the infinite stalls of the night market, I was surprised by the sheer energy of the place. It is a common sight to see locals selling a variety of stuff – from clothing to souvenirs to jewellery, you could find them all here. Not to forget the innumerable bars offering cheap beer and food and spas offering massages. I decided to enjoy a foot massage and a pedicure- all for just 5 dollars! Yes! just 5 dollars! Yet another must do while in Cambodia.

Must to do: Stroll around the night market and indulge in some real cheap shopping.

A tuk tuk tour within this tinsel town is a must. You will encounter innumerable pagodas and monasteries built for Buddha. All my visits to other South East Asian countries bore an uncanny resemblance in terms of these beautifully built, spiritually-kept pagodas. Innumerable number of Buddha statues placed all around these monasteries and with monks lighting incense sticks and praying is a sight to behold and I absolutely love the sight and so does my camera.

Cuisine: Scrunched between Thailand and Vietnam, considered as South East Asia’s culinary heavyweights, Cambodian cuisine never received its due importance. But while you are in Cambodia, make sure you tantalise your taste buds with the Khmer cuisine – the most popular cuisine here. The cuisine offers few of the simplest and most delicious dishes. Amok, a major national culinary tradition in Cambodia, usually involves the process of steam cooking a curry in banana leaves with various ingredients – fish, chicken, beef, pork or even vegetables. Amok is usually served with sticky rice- yet another popular dish in Cambodia and neighbouring Vietnam. While Cambodia, unlike its neighbouring countries like Thailand, Laos and Vietnam use less spices, every meal is usually served with chopped chillies and garlic here.

Must to do: Try the Amok served with sticky rice.

But what came along with a visit to this place was also an opportunity to hike. Kulen Mountain, is also a national park and a religious site, located about 40km away from Siem Reap. Preah Ang Thom remains the sacred and worshipping god for Ku Len Mountain. This place also houses 56 Angkorian temples, two large Cham Pa trees, a large statue of reclining Buddha and footprints of Preah Bat Choan Tuk, Peung Chhok, Peung Ey So and Peung Ey Sey. As you get on top of the summit, you will be welcomed by a large terraces and many orange-clad monks offering prayers to various Buddha statues. While it rained moderately, it only dampened the place but not my enthusiasm and I enjoyed my short hike. A typical rain forest, the major attraction at the national park are however the two huge waterfalls: The Linga River and a vast valley down (you need to hike and reach down). It is a common sight to see locals and tourists enjoy a shower under the waterfalls.

As I boarded my flight to reach my next destination, the neighbouring Vietnam, I smiled to myself for, Cambodia was a good host – everything I wanted it to be. Cambodia for sure satisfied my cultural, historic and spiritual flare.

Bye bye Cambodia but hoping to see you again. 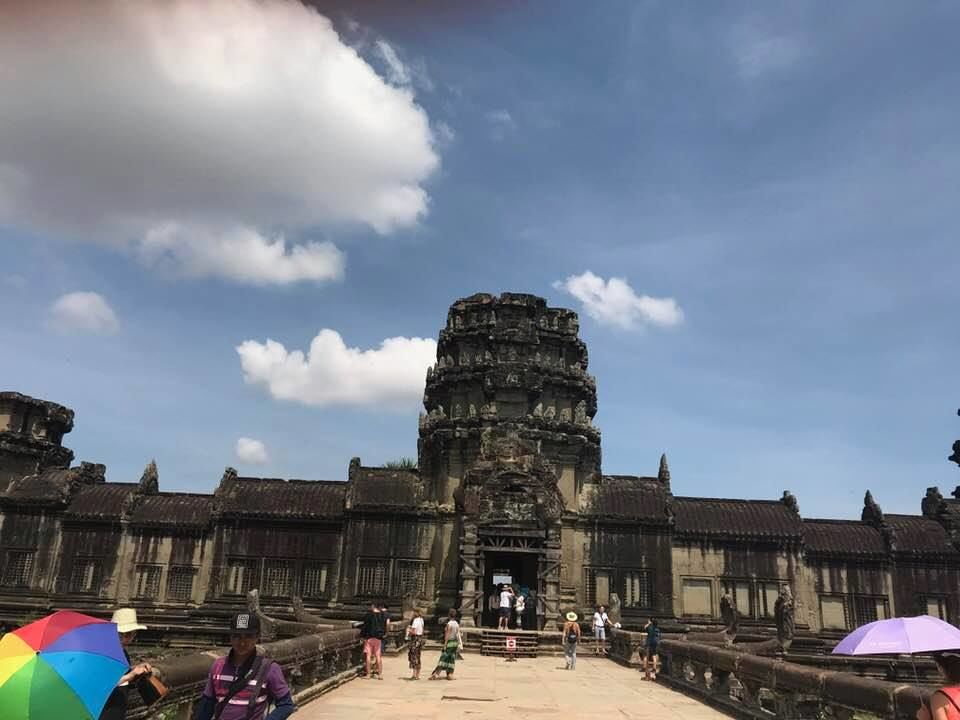 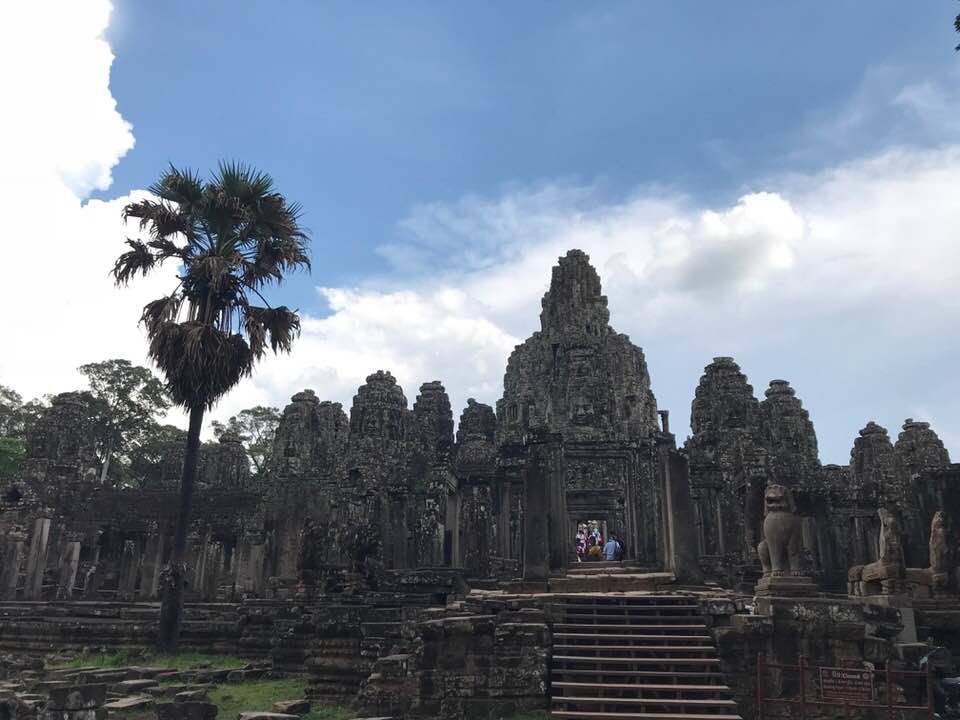 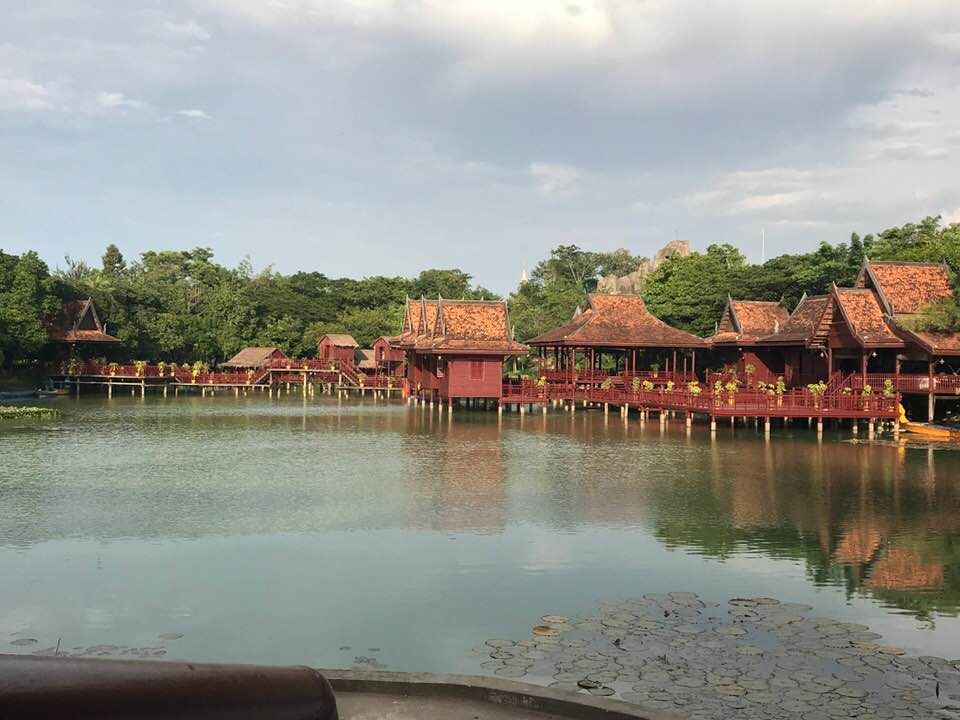 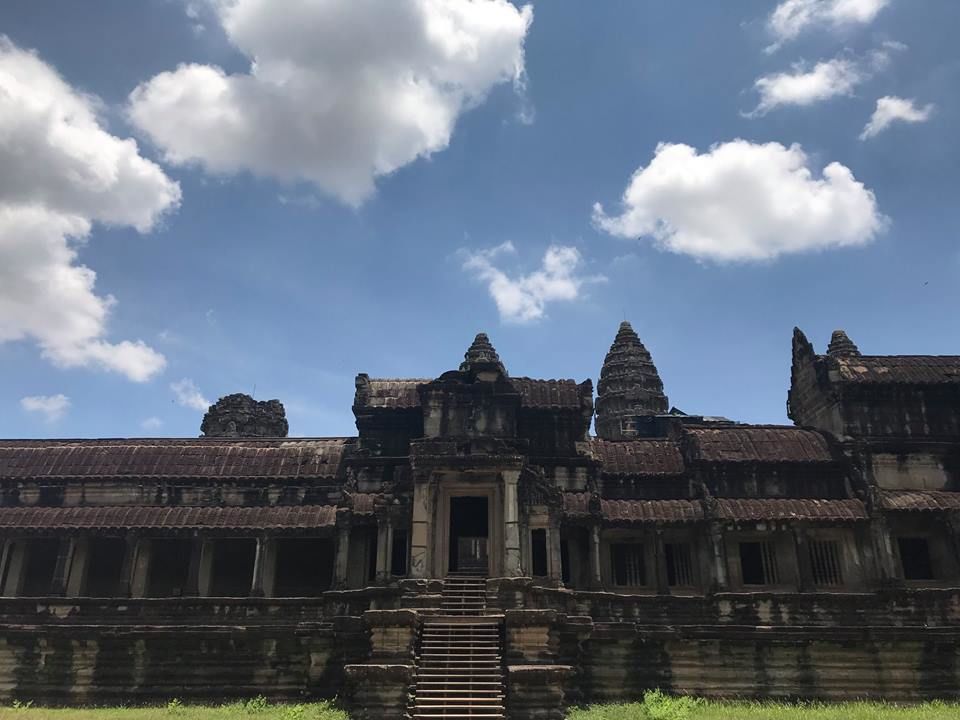 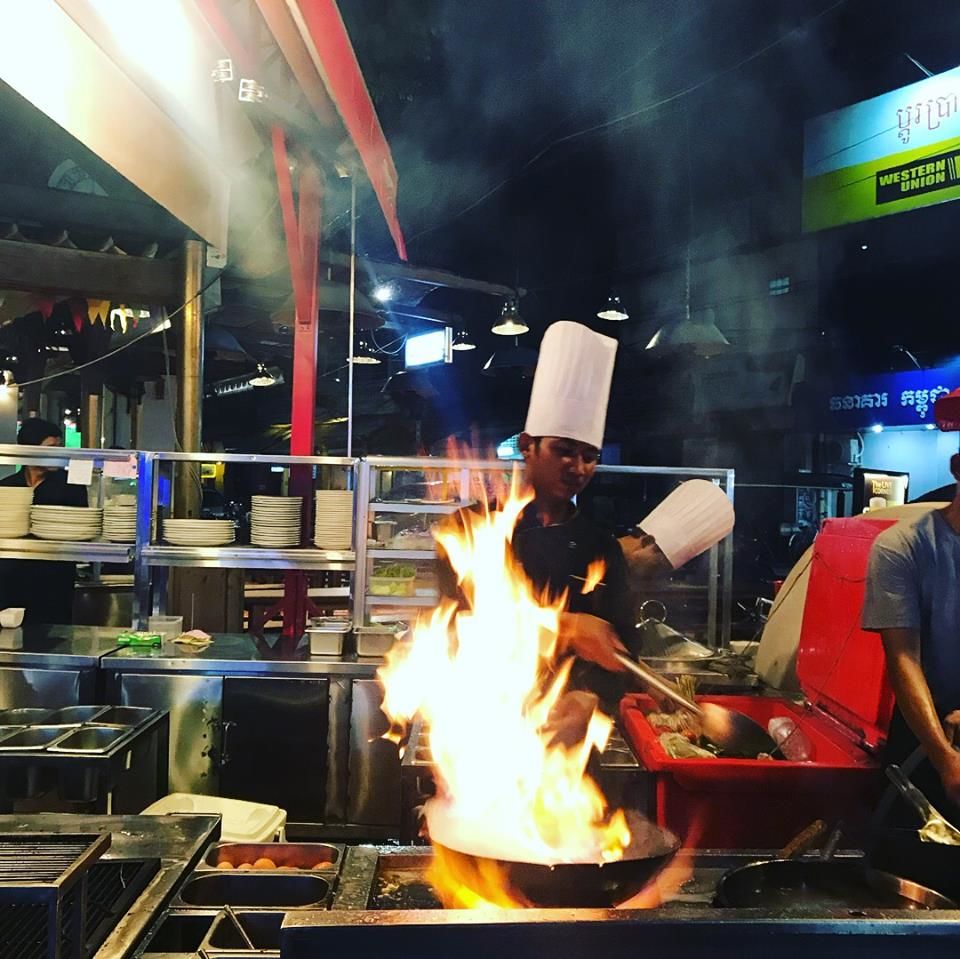 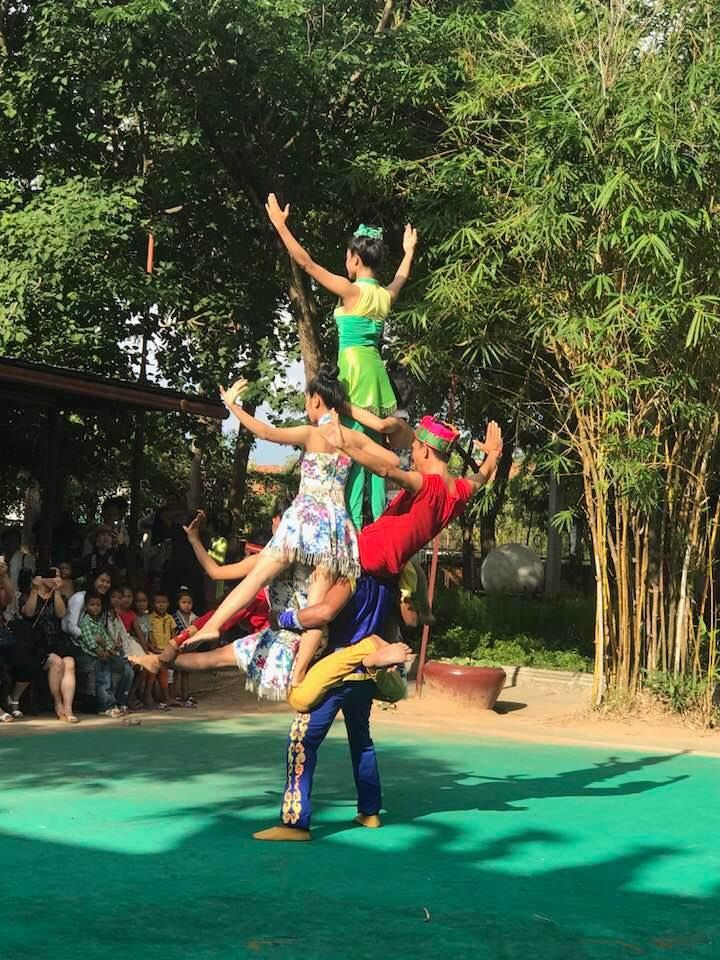 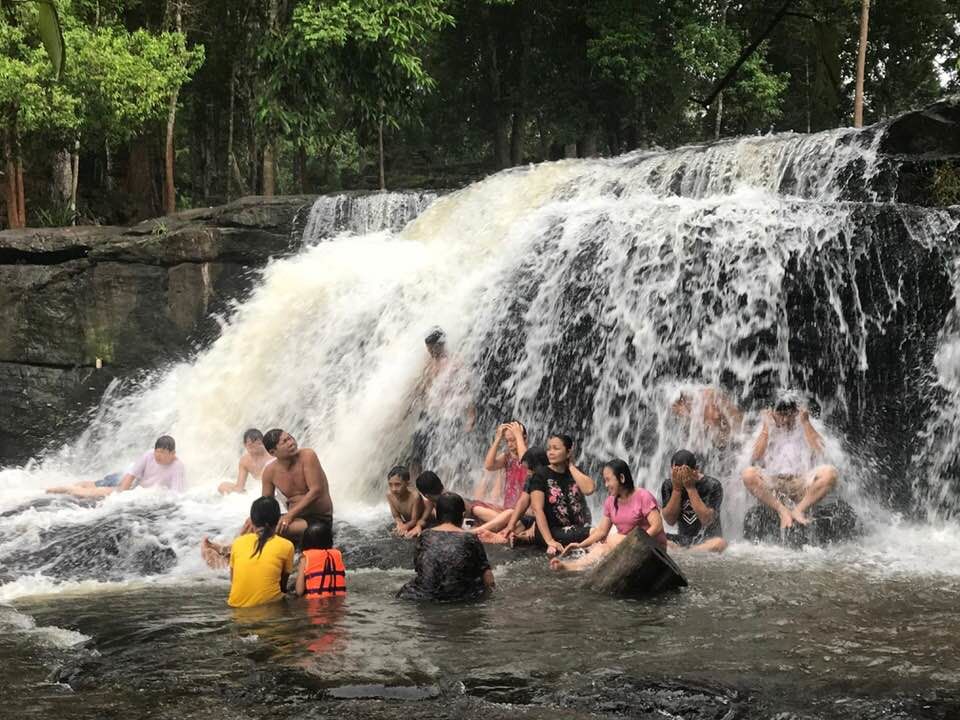 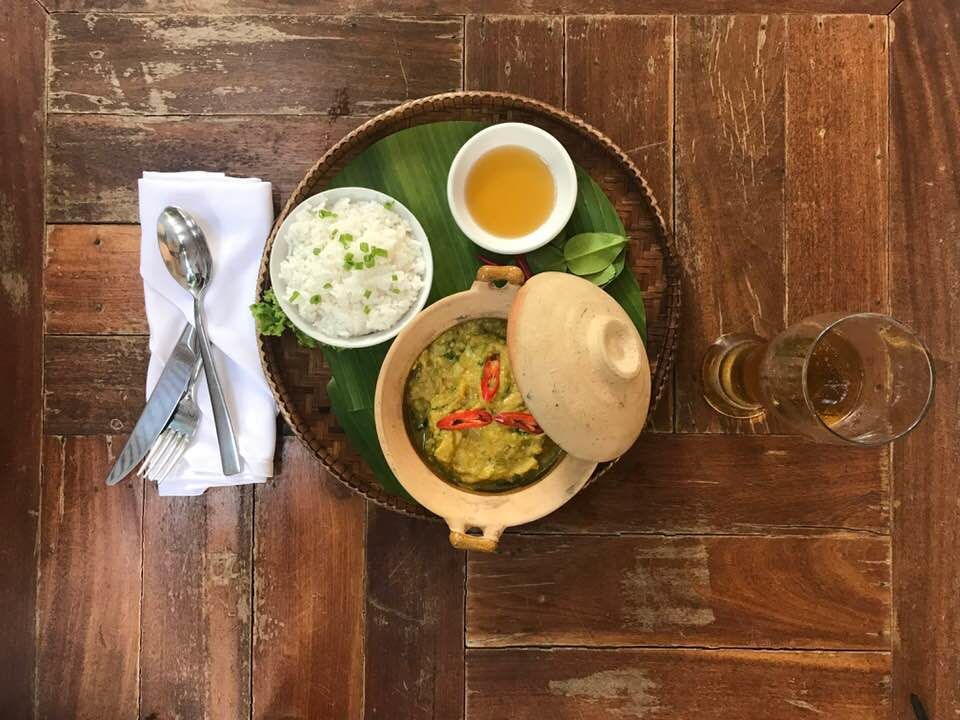 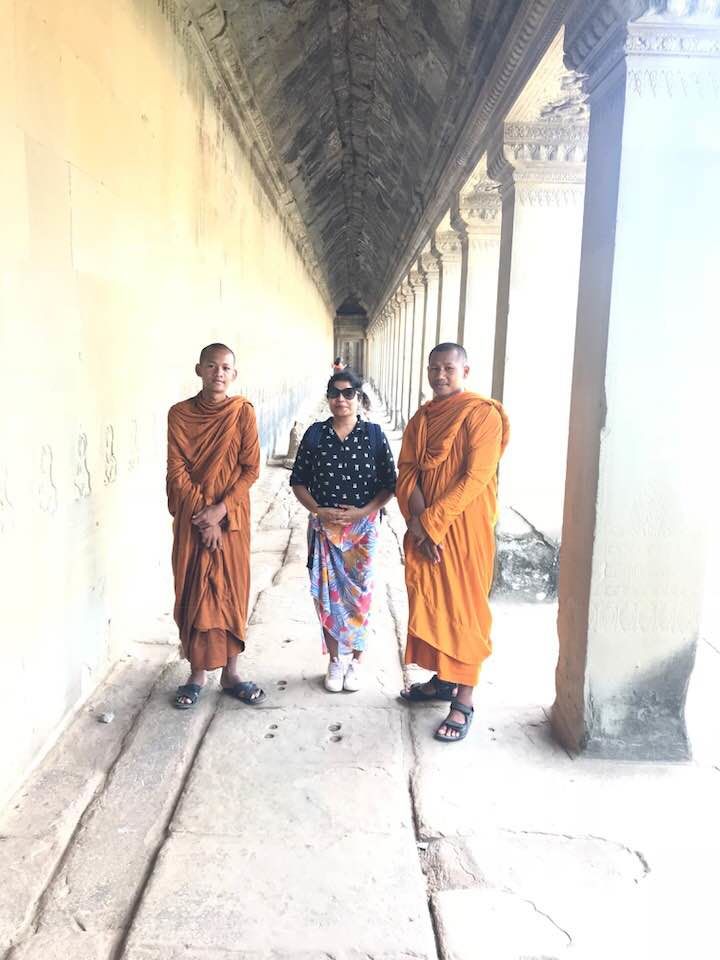 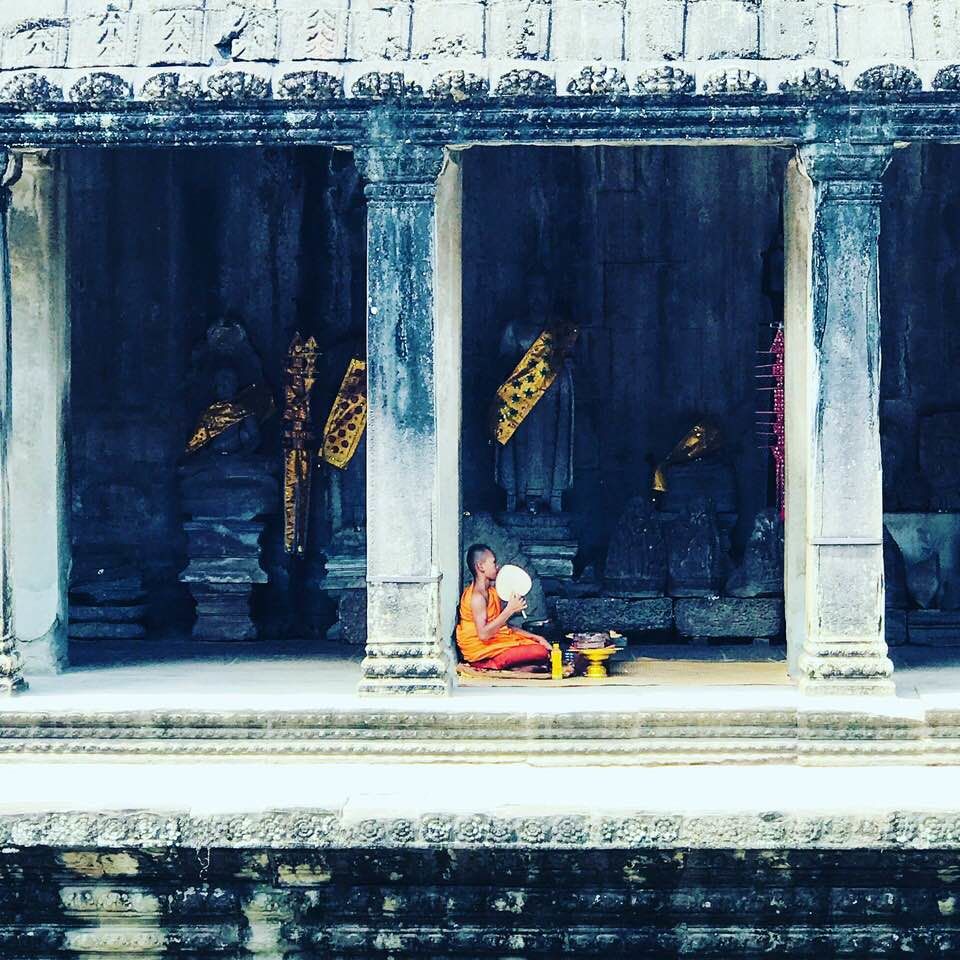 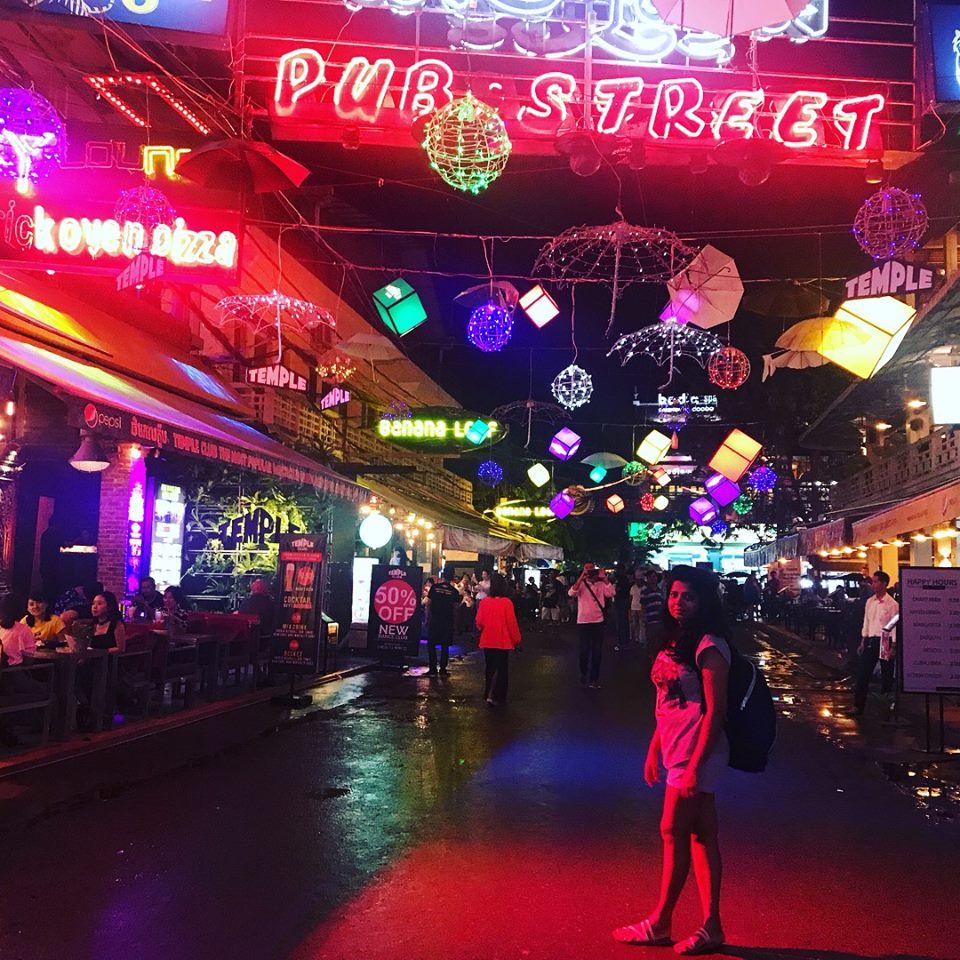