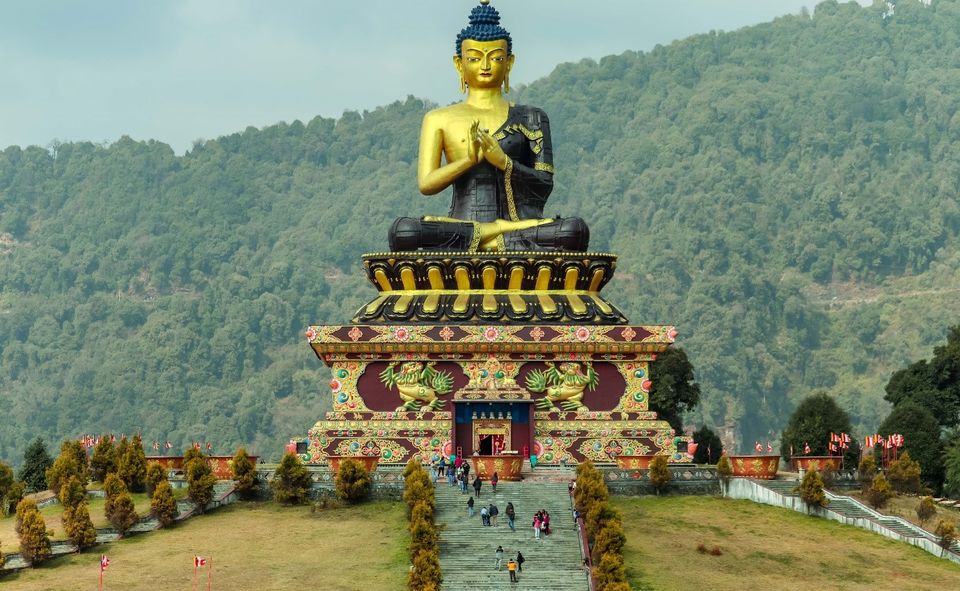 Best Places to Visit in Sikkim

If you ever wanted to break out somewhere with wild green valleys surrounded by enchanting mountains and dazzling waterfalls with most of its parts secluded from the world, then Sikkim is a must-visit place for you being one of the best places to visit in India. This small paradise is a part of the Great Himalayas with some beautiful Lakes (and some of them are even mystical), pleasing landscapes and babbling rivers flowing along with you.

Before we go talking about the places to visit, foods to try, there are few facts about Sikkim that you should be knowing-

1. Sikkim is a small state lying in the northeastern region of India. It borders with Nepal in the west, Bhutan in the East and China in the north and some eastern parts. The State is divided into North, South, East & West Sikkim with Gangtok as its Capital lying in South region.

2. Various permits are required both for Indian and Foreign citizens. Hence, you need to do your bookings via any Travel agent registered with Sikkim Government's Tourism Department. List of Travel Agents, Entry Formalities, Foreign Registration Offices, Restricted Area and Protected Area Permit details can be found under the Official Website of Sikkim Tourist Department.

3. It's always advisable to carry warm clothes & Umbrellas as there is no guarantee of weather change and saying that I would suggest you keep your travel dates flexible and have some buffer time as there might be landslides during the rainy season (June to September) & the roads might get blocked due to excessive snowfall from December to February ( mostly for tourists travelling to North and East Sikkim).

How to reach Sikkim?

1. By Air - The closest airport is Bagdogra Airport in West Bengal and it can take up to 5 hours to reach from there to Gangtok (capital of Sikkim) by car/taxi. Usually, most of the journeys start from Gangtok. There are few direct flights operational from New Delhi, Kolkata, Assam etc, and many connecting flights. However, do check your flight status during the Winter season as the flights get delayed or cancelled during that time.

Some beautiful Destination to visit in Sikkim

Being the capital of Sikkim, Gangtok itself has a lot of places to visit. You will find plenty of Hotels in all the range and you will find some Hotels from where you can have the spectacular view of Mt. Kanchenjunga, the third highest mountain in the world. You can chill out in the M.G Road, the most famous street in Gangtok. 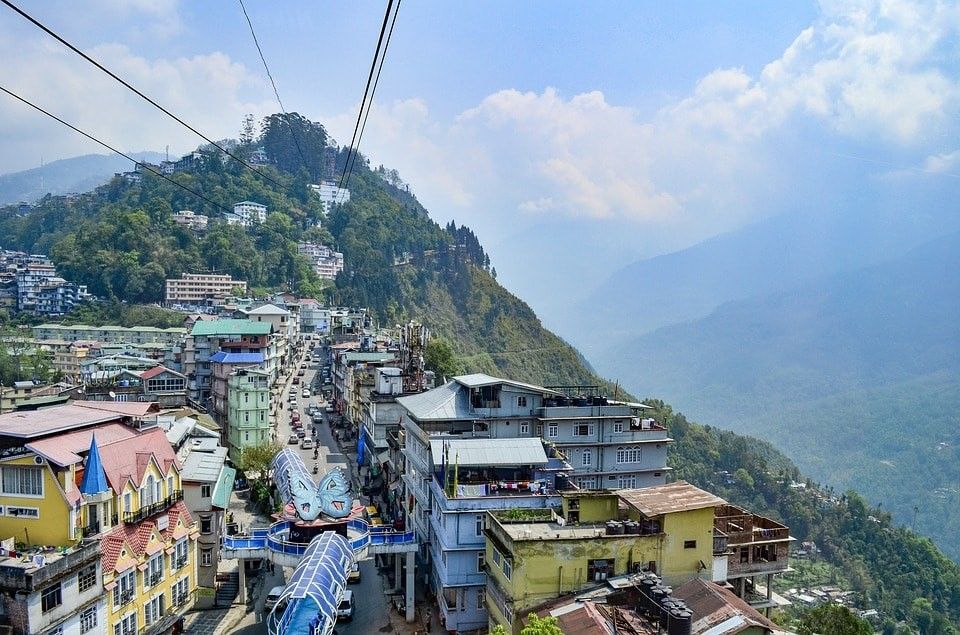 Tsomgo Lake, Baba Mandir & Nathu la Pass are on the same route and it's a one-day trip. Nathu La is a high mountain pass and ancient Silk Route between India and China. The trade between India & China is carried out by this route. It's advisable to leave early from Gangtok to reach this place as you might experience heavy traffic.

You will see a Tsmogo lake and Baba Mandir while going or returning from Nathu La. Tsmogo Lake is a sacred Lake and it will mesmerize you by its beauty. You can spend some time here and have a beautiful Yak ride. The lake freezes during the Winters and provides an eye-catching view. 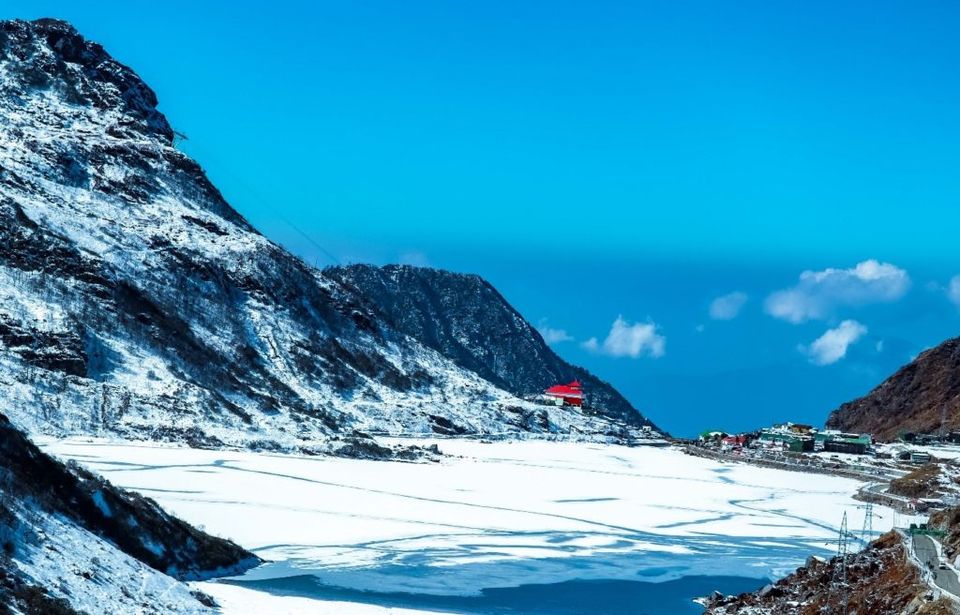 A well-known destination for flower lovers. This place is also known as the Flower Valley and is famous for its beautiful Rhododendrons having spread in a wide area and also for sulphurous hot spring. You will find the Teesta River flowing along and offers you a beautiful landscape. The best time to visit is March to mid-June when you will find plenty of flowers.

If you are very much fond of flowers then you should probably visit the Valley of Flowers National Park near Badrinath in Uttarakhand, India. 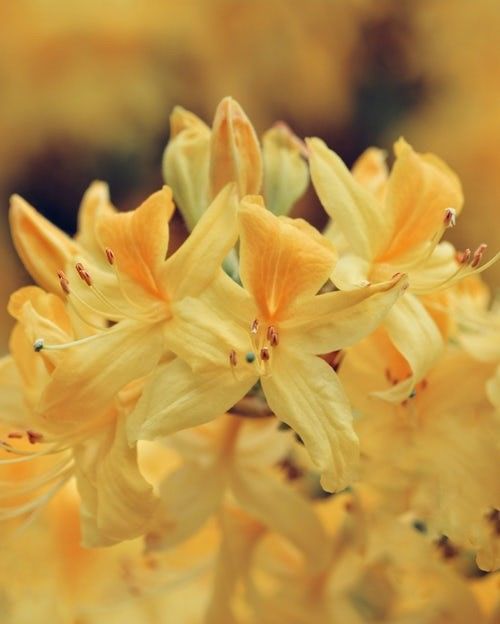 Around 26 KM ahead of Yumthang valley lies the untouched and beautiful Zero point. You might experience low oxygen level here so it's advisable not to stay more than 30 mins here. You will not find any network connectivity in your mobile here. 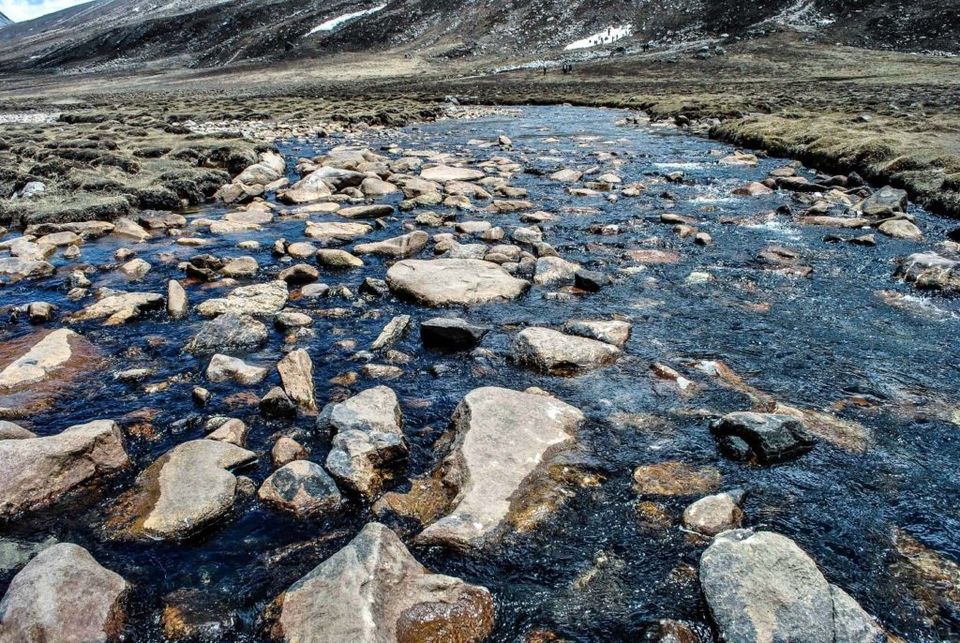 The lake named after Guru Padmasambhava (founder of Tibetan Buddhism) is a sacred lake for Buddhists, Sikhs and Hindus. This is the second-highest lake in India at around 17300 ft. The Chinese Tibetan border is just a few kilometres away from the lake; hence one has to take the permit to visit this place.

The sacred lake freezes during the winters except at one spot, which the people believe has been blessed. Due to high altitude breathing problems may also arise. Tourists are suggested to spend less time at the high altitude and come down to Lachen soon. Despite the hardship and difficulty, a visit to this lake may last as an experience of a lifetime. 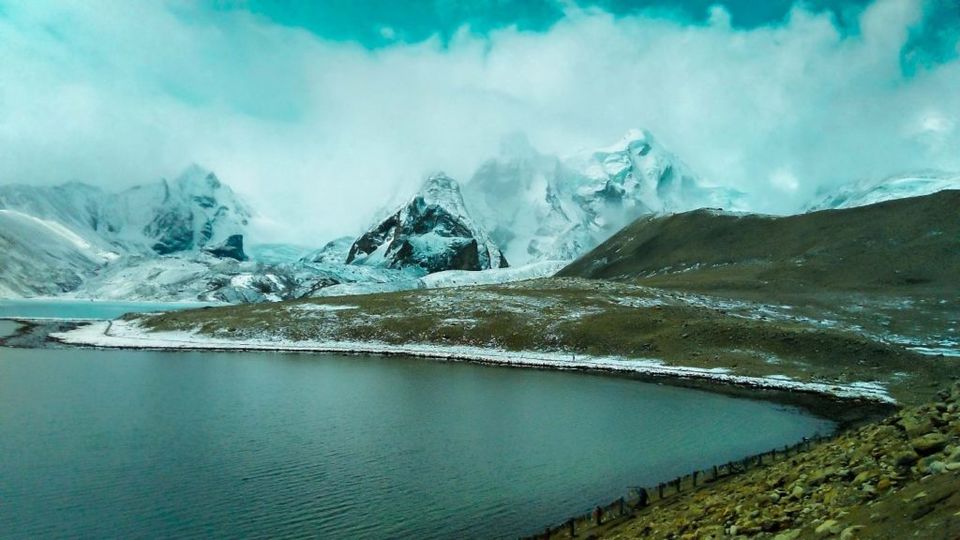 The only Tea Garden in the state. This garden is located in a blissful mountainside valley full of cherry blossom trees and lush ferns which makes it serene and picturesque. Organic Tea farming is carried out here and if you like Tea then you can purchase the Tea for your home as well. Many activities are available here like Paragliding, Ziplining, Camping & Bonfire, Garden Trail Walk, Bird Watching, Mountain Bike etc. 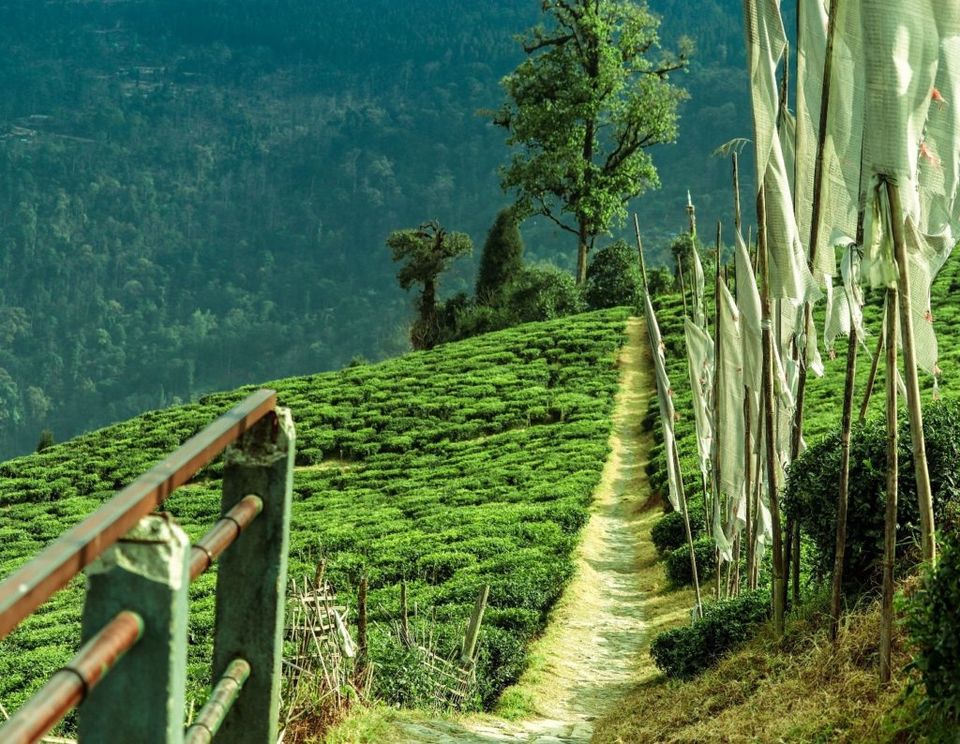 Yuksom is an old historic town, which is considered to be amongst the best places to visit in West Sikkim bestowed with natural beauty and uninterrupted trail for trekkers.

It is majorly known for its monasteries and ancient stories on Lamas. Yuksom was once the capital of Sikkim which is still culturally rich topped with stunning vistas and greenery.

The historic Norbugang Park, Tashi tenka, Dubdi Gompa, Kathok Wodsalin Gompa, Goechala Trek, Khangchendzonga National Park are some key attractions here. If you are fond of trekking then you should probably have 7-10 days only for this place. 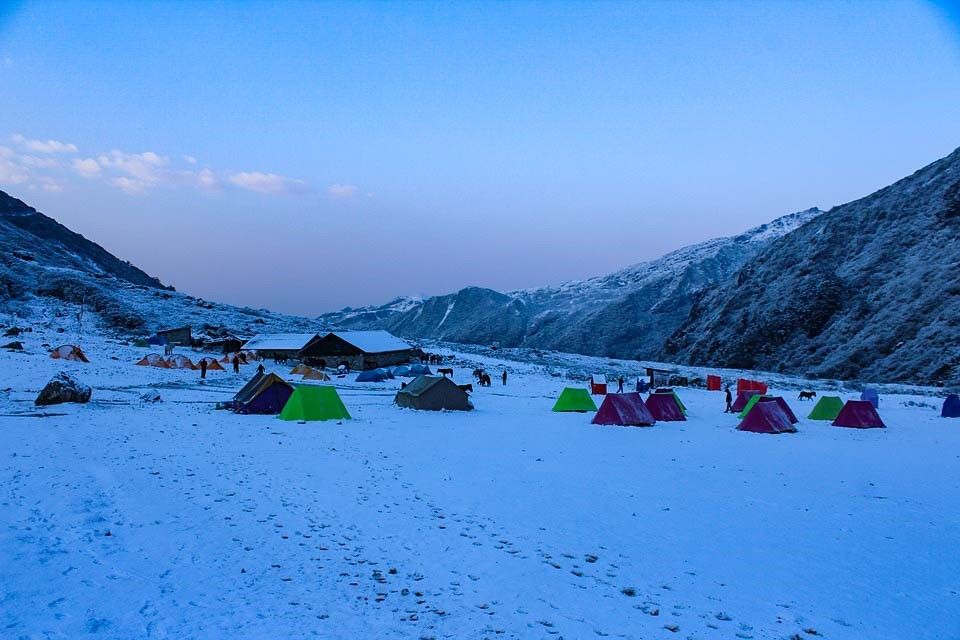 Pelling is the second most-visited attraction after Gangtok. It provides a plenty of sightseeing opportunities.

At an altitude of 6800 feet, Pelling is mostly covered in thick forests and a varied wildlife. Rimbi and Khangchendzonga waterfalls, Khecheopalri Lake are the main tourist attractions in the town. Pelling is perfect for travellers who like to discover a town on foot. 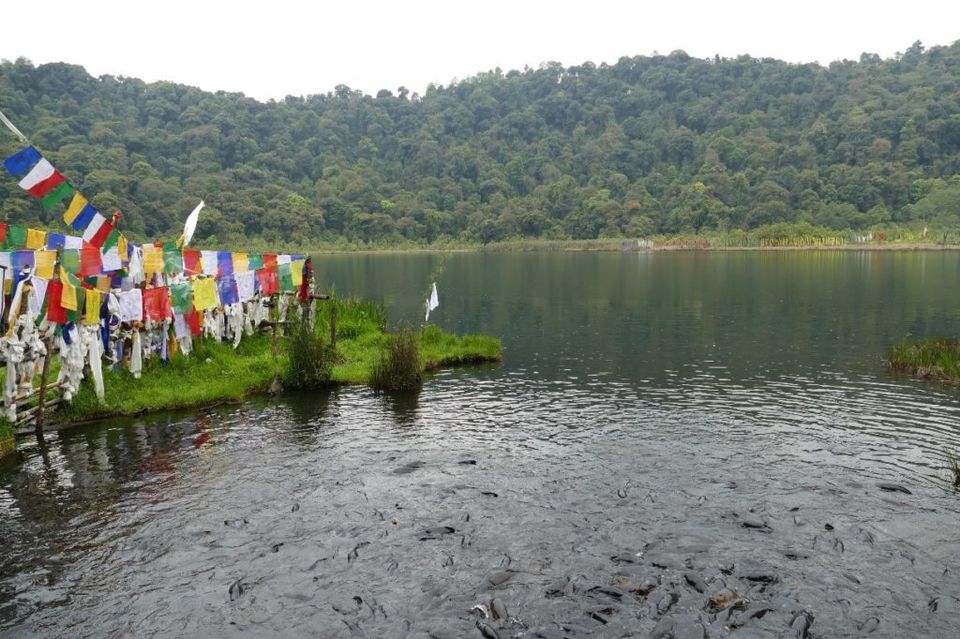 I guess you got some idea now about Sikkim. And one more important thing to add that Sikkim is a great place for Food lovers. You will have plenty of options here both in terms of Traditional and general sense. I will suggest you try Traditional dishes here as they are quite exceptional (few dishes- Emma Dachi, Gundruk Soup, Sael Roti, Thupka, Sinki Soup, Momos, Chaang, Churpi-Ningro Curry) and there are plenty of vegetables which is found only in Sikkim and not in other parts of India. And the most interesting fact is that almost all the vegetation here is Organic, no fertilizers are added to grow vegetables.

If you plan to visit Sikkim, I will suggest you take experiences of Home-stays here as well. That will be a completely different experience.

Learn how you can Travel and explore the exquisite places on Earth by doing the Digital Business. You can Travel for countless days, if you are monetizing your Passion, earning good (or rather I would say automated system of earning) and when you are your own boss. The value I am receiving with my Online Journey is really amazing. If you could relate and would like to check out what I am talking about then Click Here and Grab Free Videos.