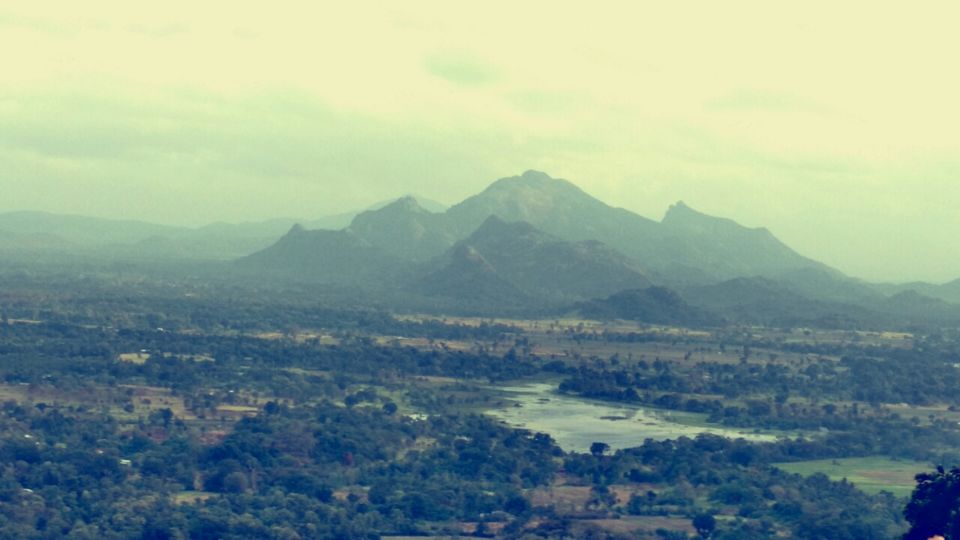 I was expecting Srilanka to be similar to India but...The perfect wide highways, super clean roads, awesome buildings, those perfect citizens who follow the traffic rules proved me wrong. I was in love with Colombo city.

Our original plan was to hire a car and go for self driving until Indian high commission ditched us. We chose Malkey car rentals. The service was really good people are very supportive. They organize everything ,take us to Colombo motor office where we can get temporary license to drive.My husband's Indian driving license was a little bit faded on one side because of which we were asked to get a letter from Indian High Commission saying that it is a valid Indian license. We did not get any support/ response from the Indian officers and we were made to wait till 3:30. Since it was a Friday and motor office is closed Saturday/Sunday we were not able to get a license so we hired a driver. Later we realized that we can look up for our details online given the license number which would have probably solved our problem.

We stayed back in Colombo that night and had fun in Bally's Casino :)

From Colombo we headed to Pinnawala to visit the elephant orphanage. There were around 15-20 elephants which are taken care of and you will get to see the orphanage. Pinnawala to Kandy is a pleasant journey with good views all over. Kandy has a beautiful lake and Tooth temple where Lord Buddha's tooth are said to be preserved.

Next on our list was Sigria lion rock fort. It was supposed to be a fort in the form of lion but what is left was only the claws. It is worth climbing for the view from top. From Sigria we had a halt in dhambula.

Dhambula has caves and golden temple of Buddha to visit. From here it was a very beautiful travel to Nuwara Eliya. It has the best views, waterfalls. It is the best icon representing the tea country. We stayed the night there to visit golf course and park. It was a walk to remember, so refreshing. Worth waking up early morning and getting your cup of tea here.

Last day we visited Unawatuna town in Galle.One can take the train along the Indian Ocean cost to reach here. But make sure you board the train at Mardhana railway station else it will be too crowded as it reaches next stations. The beaches were super clean unlike the ones I visited in Goa. It has other attractions like the old Dutch fort. It is worth spending a night in any of the sea facing hotel.