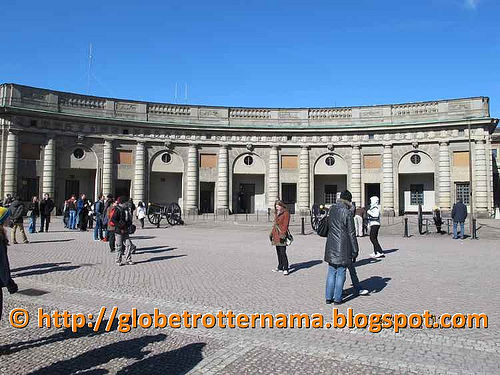 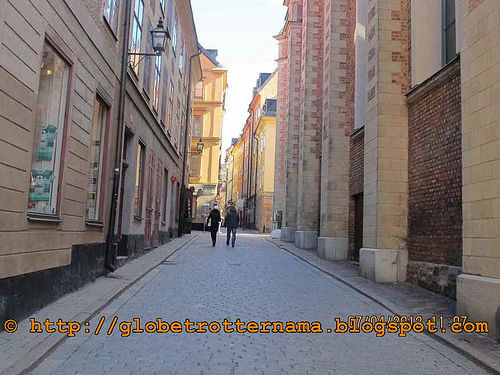 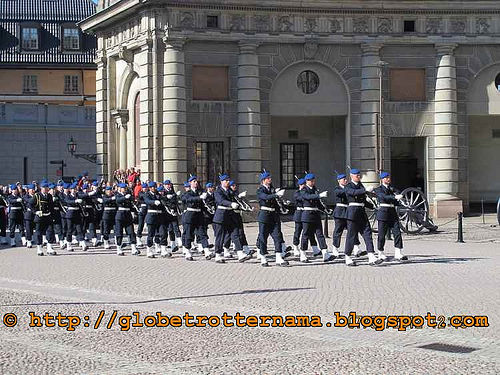 The oldest thoroughfares of Gamla Stan 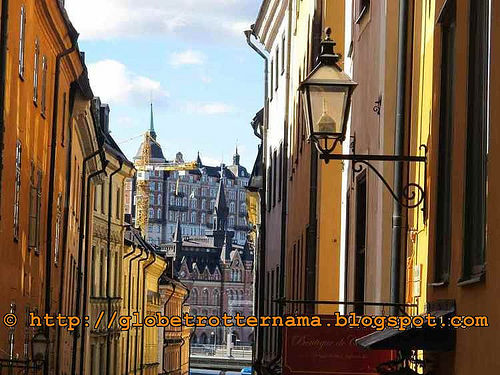 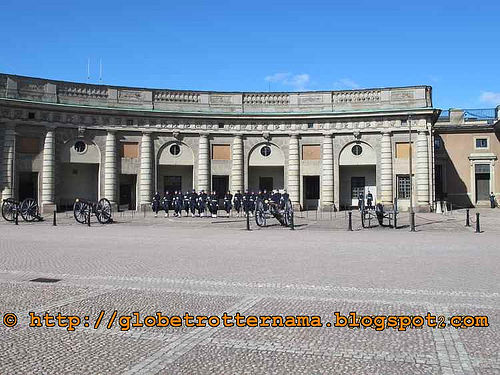 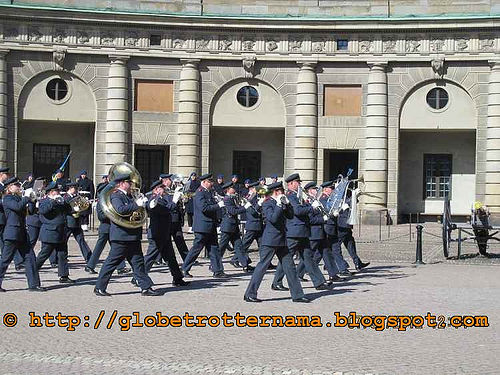 Changing of Guards @ the Royal Palace 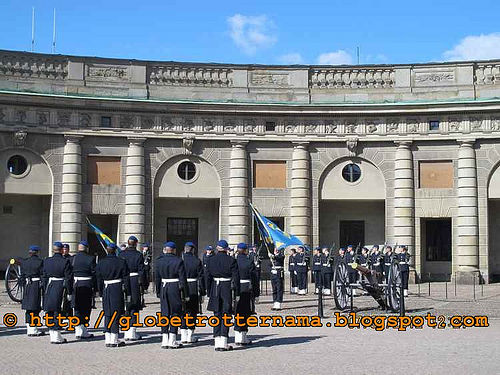 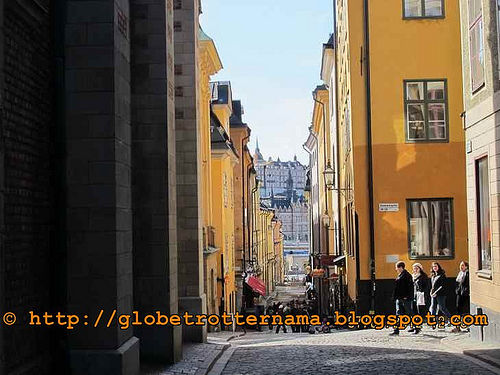 View from the harbour of Skeppsbron 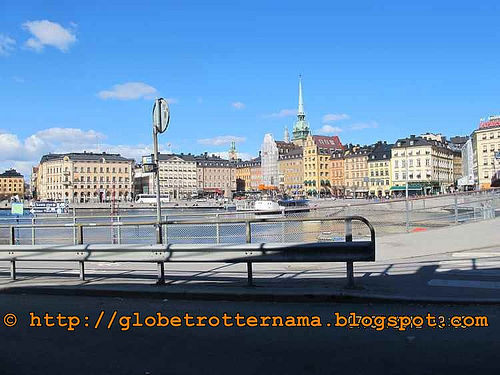 After a dull and damp day, weather gods showed some mercy and let sun smile brightly on our second day. We had a number of places to cover as we had lost a day. So, quite naturally the day was packed. The plan was to first visit Gamla Stan(the old town) and visit the Royal Palace and witness the changing of guards. Then have lunch at Govindas(a pure vegetarian restaurant run by Hare Krishna Society of Stockholm) and finally view the entire Stockholm city from top of Sky view.

As per plan, the first stop of the day was Gamla Stan. So, we reached Gamla Stan via metro (All the green and red lines cross Gamla Stan) by 11.30 AM. The changing of the guards generally begins at 12.15. As we had time, we started strolling along the narrow streets of the old town (one of its kind medieval city center where the city was founded in 13th century) looking for Storkyrkan (Stockholm Cathedral), Nobel museum etc. Walking through those alleys with warm sun peeping through the building we were transported to the 13th Century. Would you believe if I say I spotted a real Viking? But he was gone before my friend could take a picture, so…. Anyway, the architecture of the old buildings was breathtaking and picturesque. My vocabulary is not good enough for describing the beauty of the place. Let me allow some of the pictures to do the talking instead…

We reached the outer courtyard of the Royal Palace around 12 noon and the authorities were preparing the place for the changing of guards. Just in time so that we could grab the front row seats (I mean literally, as there is no real seat, you need to stand and watch). At around 12.15 the spectacle began with music of marching band and a marching column of soldiers. In next 45 minutes we witnessed one of the best changing of guards’ ceremony.  Again I’ll let the pictures do the talking…

After the ceremony we were quite hungry and it was time for lunch. So we proceeded to Fridhemsplan (from Gamla Stan you can take any of the green lines towards Alvik/Åkeshov/Hässelby Strand) for Govindas. But when we reached the restaurant we found a notice on the gate which said the place was closed for entire Easter weekend. My friends looked at me for a back-up plan which to their utter dismay I didn’t have. We began a frantic search for a place to eat. I remembered having read about some Indian place at Rådhuset which was one stop away on blue line towards Akalla/Hjulsta.
After reaching Rådhuset we asked at the ticket counter for directions and realized that I had got name and address wrong. We were directed to another far away station on another line. Then lady at the counter told that us there was another Indian restaurant just outside the metro station which we may try if we like. We may try? I almost rushed out of the station and found a place named Indian Khusboo. The food, ambiance, prices were quite nice.

After a delicious and filling meal we headed for our next and final destination of the day, Sky view, which is at Globen on green line towards Hagsätra. In the words of their website “SkyView is one of the most remarkable attractions in Sweden, and an experience far above the ordinary. A gondola made of glass takes you up along the outside of the Ericsson Globe – the largest spherical building in the world”.
But when we reached the ticket counter we were told tickets for that day were sold out and we could only book for the next day. It was the second disappointment of the day. Nevertheless, we booked the tickets for the next day. With that we called it a day and returned to my friend’s place tired yet contended.
Again this is not the end of the story, I have got more….