Ooty: The Land of Dancing Clouds! 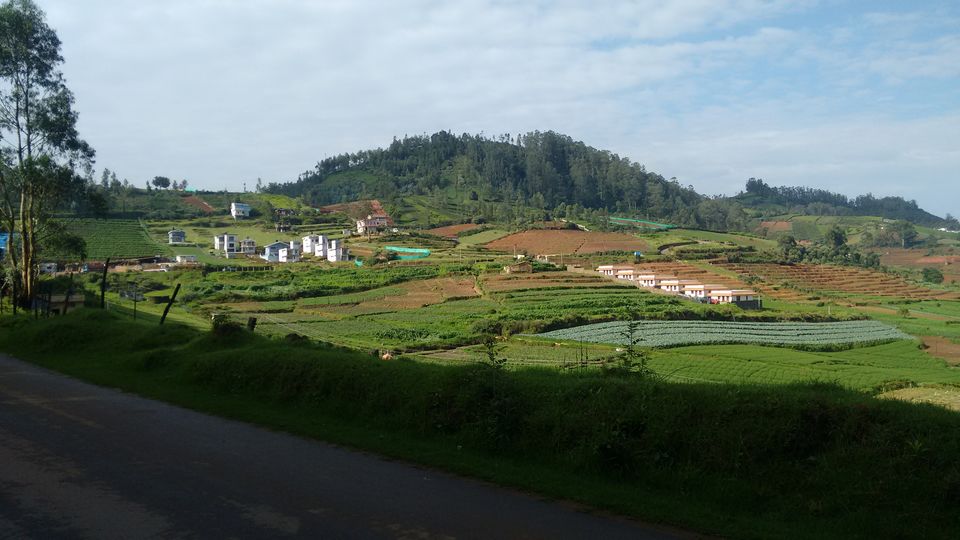 I admit that I made many mistakes. But making out a plan and going on a trip was the last thing we ever did until this time. Although the plan turned out half disaster and half success but the time spent together created millions of memories to keep forever!

I never thought this trip would turn into something adventurous as well as so thrilling. I remember how my parents were fretting on sending me on a trip so far away from home. My brother and best friend did a convincing job and thus my dad agreed after so many buts and ifs!!

Ooty! The 5 of us set early morning for Ooty. The land of dancing clouds I decided to name it! The road through bandipur jungle was full of mist and fog. Small frickels of dew surrounded the entire roadside area. The smell of fresh green grass and the hoots of birds made its way to us as we crossed the way to ooty. It was pure bliss. Spreading my arms like a free bird when we rode through the forest gave a reality check to myself. This small life can be full of adventures and sport if we let our wings binge wide and fly high to the soaring heights!

By the time I found out what my interests were I had already fallen in love with the Victoria Falls to see what so captivated David Livingstone. But since the Victoria Falls were so far I settled for something near when I decided to set out vegan. Although the later one is on my list and would go there someday!

Comparable atmosphere surrounded this hill station which I happened to visit. The lure of the vastness of the thick green mass that surrounds this beautiful 4 lettered hill station was one of my favorite places I’ve been. Somewhere it resembled Switzerland, minus the snow. The hills beautifully wooded and fine strong spring with running water in every valley. Waterfalls gracing the city of Ooty and the tea farms giving it a new look.

The two days out in this beautiful city of clouds was spent and something inside me stirred. The nature touched the soul and the part in me which screamed to come out and make a difference.

Our breakfast that morning was taken as we were about to cross this beautiful forest and we celebrated the trip by having a hot cup of tea and coffee and started our journey back to Ooty.

We could have taken an alternative way but started with the dangerous path with 36 hairpin turns all the way to the old town of Ooty. It took us about two hour to drive on our bikes right through the forest area with lots of floras and faunas also with up a great big hill with fantastic views at the top and down the other side towards the old walled town. As my friend shared the road trip in his previous post the ride turned in to one striking adventure.He who happened to have visited here last year was with us in the tour and thus in no time we knew our way around and soon found ourselves to the beautiful pykara lake.

The town was extremely busy as there were many tourists visiting that day but it was very enjoyable wandering round this iconic place. We decided to hit the doddabetta peak but unfortunately the rains had closed the route and thus we returned with a heavy heart but enjoyed the ride downwards. We thought that as we had spent lots of time in the old City , it might be good to look beyond the fortified walls. So we roamed around savoring the essence of Ooty!

On close inspection of lots of the houses, you can still see the scars of the senseless rains that take place here letting the normal life grow in havocs. We hopped onto our sightseeing bikes which took us around the outskirts of Ooty with many stops for photo opportunities. Some of our fellow travellers left the bikes when we called into the stall area, but we sat there for the whole 90 minutes enjoying fantastic views and seeing many different houses and hotels as we travelled through the back streets of it.

Going through the tea factory and chocolate house was one of the We then set off back towards the ship. The walking was much easier this way as it was mostly downhill. A couple of stops route to stock up on a few necessities and we were back on board. We were so pleased with ourselves that we had driven over 5 miles today, so we decided we deserved a reward of afternoon tea and chocolates!!

After a slight drizzle and a very well earned relax in the room it was time for another gastronomic delight thick cut hydrabadi biryani and skate wings with a good conversation among us. Thus the busy day went well and we slept very sound as the next day we decided to hit the lake avalanche. I’ll be back with my next post about lake Avalanche: The ride which never was a success!