A JEWEL IN HIMACHAL

KHEERGANGA!!
Kheerganga is my favorite place to visit in himachal. The beauty of kheerganga is mesmerizing. Kheerganga offers peace to your body and your soul. It will take you 5 hours to reach kheerganga(approximately) .Kheerganga is located deep in Parvati Valley (Kullu Valley) and is perched at an altitude of approximately 2950m.

1.Walk to the bridge after Barshaini and take the left turn, ask anyone the way to Nakthan village and Kheerganga. This is the shortest and most preferred route and takes 3-4 hours for a person with average trekking speed. This route is on the left side of Parvati river. The path through Nakthan is the most popular route to trek to Kheerganga and the trail is well marked.

2.From the bridge, take a right to hike up and reach Kalga village. From Kalga there is a different trek route to go to Kheerganga, although it joins the main route halfway on the trek. This route passes through dense forests and it is quite possible for people to lose their way on this trekking path to Kheerganga. It is used by very few trekkers because most people do not know about this route.

3.There is a different trekking path for Kheerganga from Tosh village. It also joins Route No. 1 near the village of Nakthan. This route is mostly used by tourists who stay in Tosh for the night and want to trek the next morning. Tosh nallah or Tosh river flows by near Tosh village which joins Parvati river near Pulga.

Don't carry heavy bags if you're a first timer it will be difficult for you to trek. I made a mistake I took our heavy bags there and when we reached there my shoulders started paining.

Once you'll reach kheerganga set up everything and go to the hotwater spring. You'll feel relaxed. Read the rules written on the board carefully or you'll have to pay a fine.

There will be no network connection you can't make a single call.Luckily we found a spot where we found signals of airtel connection. Carry extra battery for your camera and other devices because there are very less chances that you'll be able to charge your devices there.

P.S- DON'T LITTER THERE GOVERNMENT HAS  ALREADY TAKEN ACTIONS FOR THE GLOBAL WARMING. IF YOU'LL LITTER THERE THEN PROBABLY THAT WILL BE YOUR LAST TRIP TO KHEERGANGA. YOU'LL THROW THE PLASTIC AND THEY'LL BURN IT. PLEASE TAKE YOUR WASTE WITH YOU AND THROW ALL THAT IN A DUSTBIN. 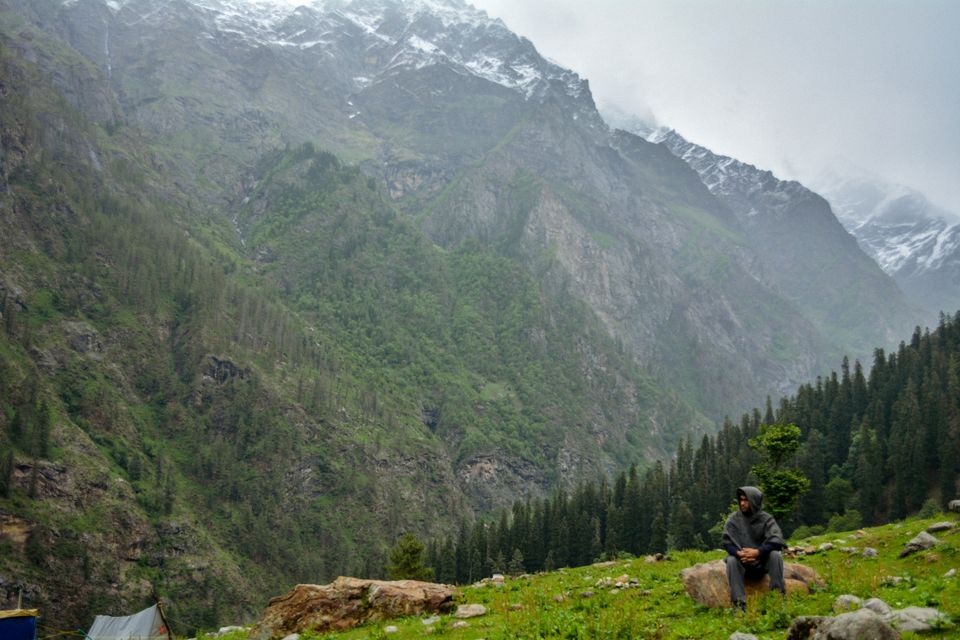 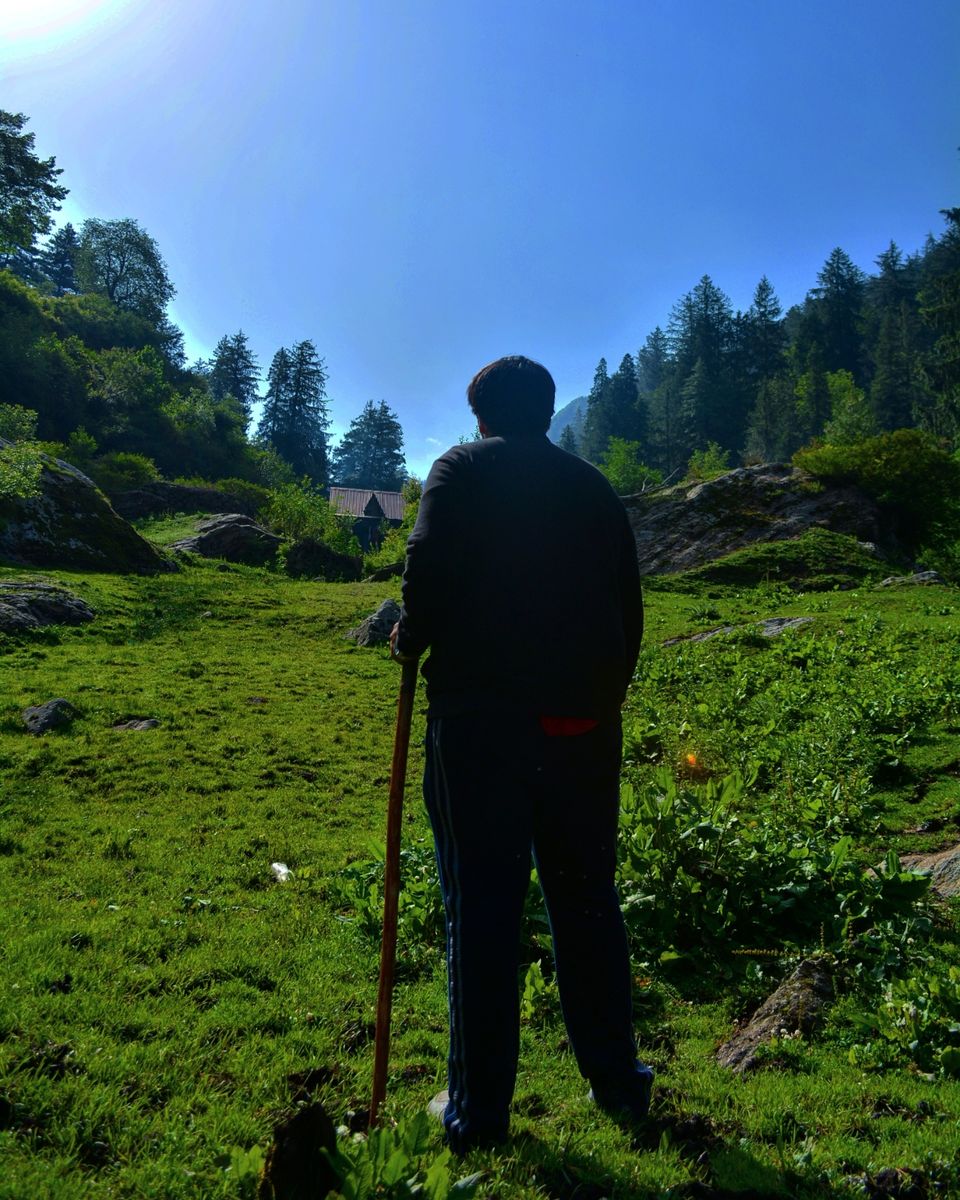 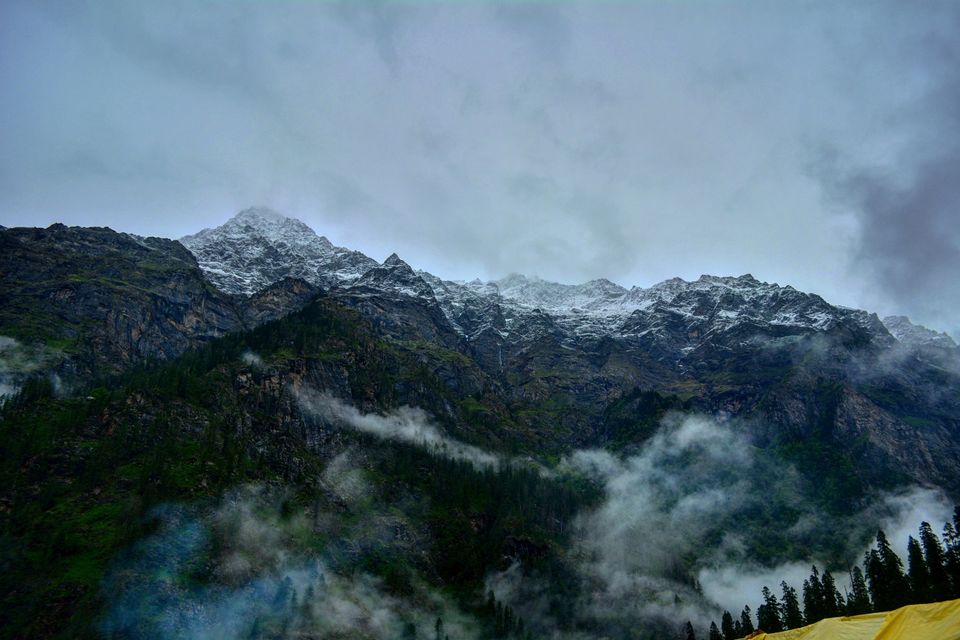 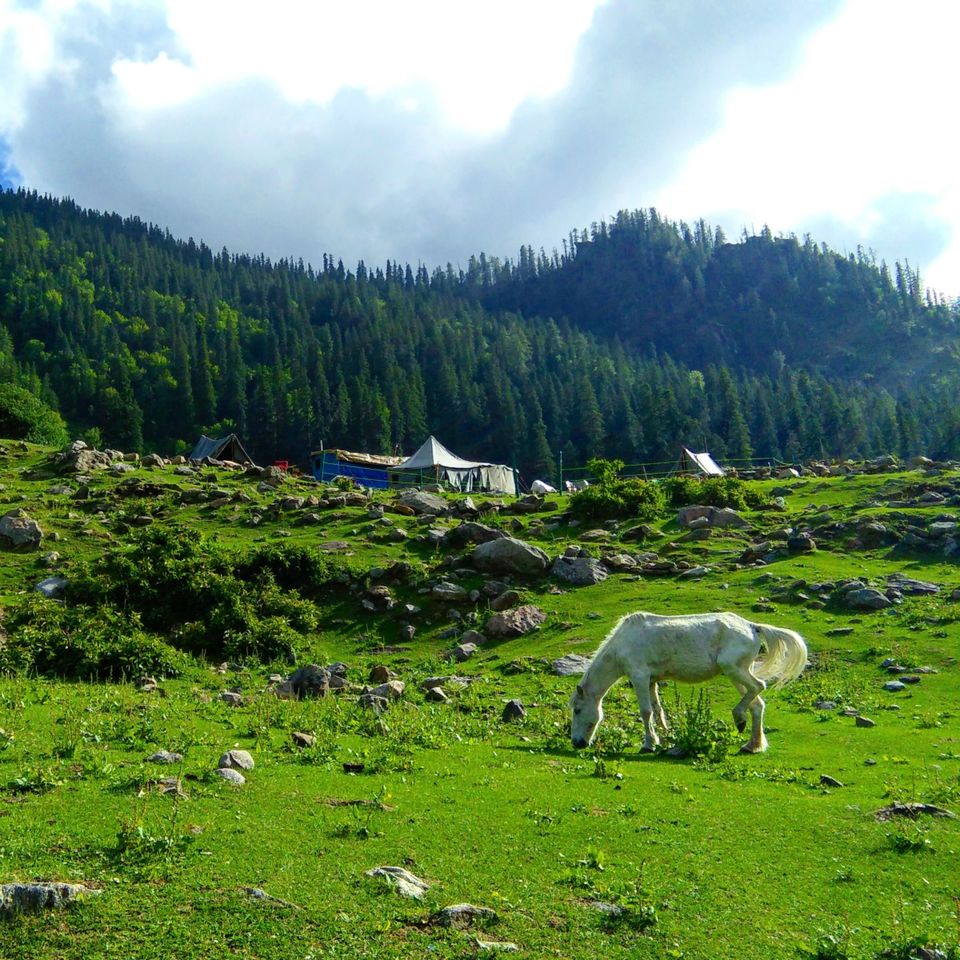 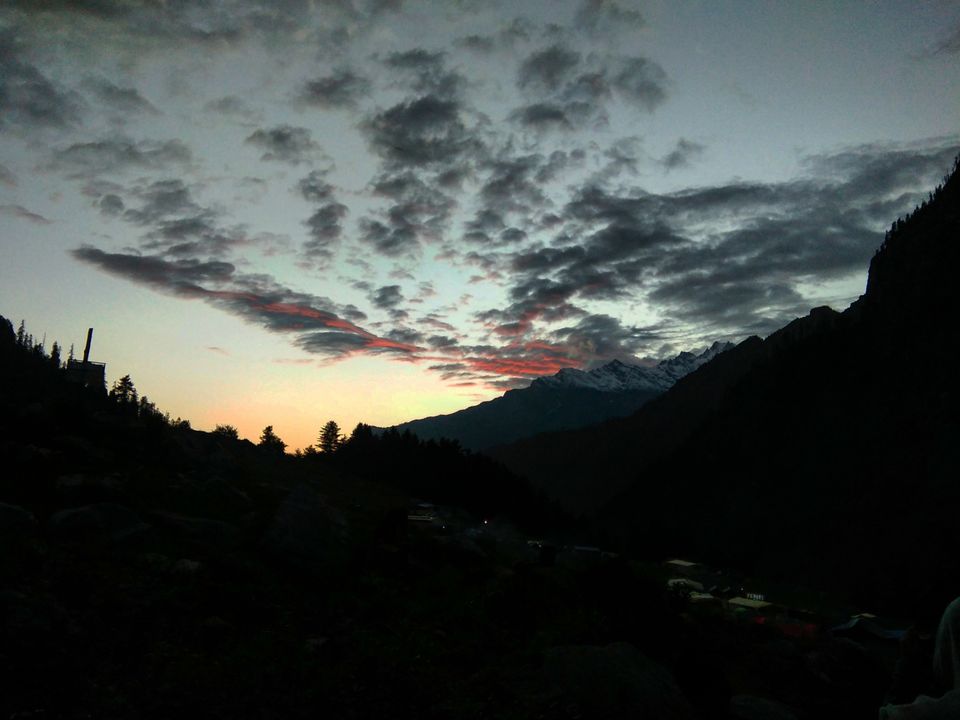 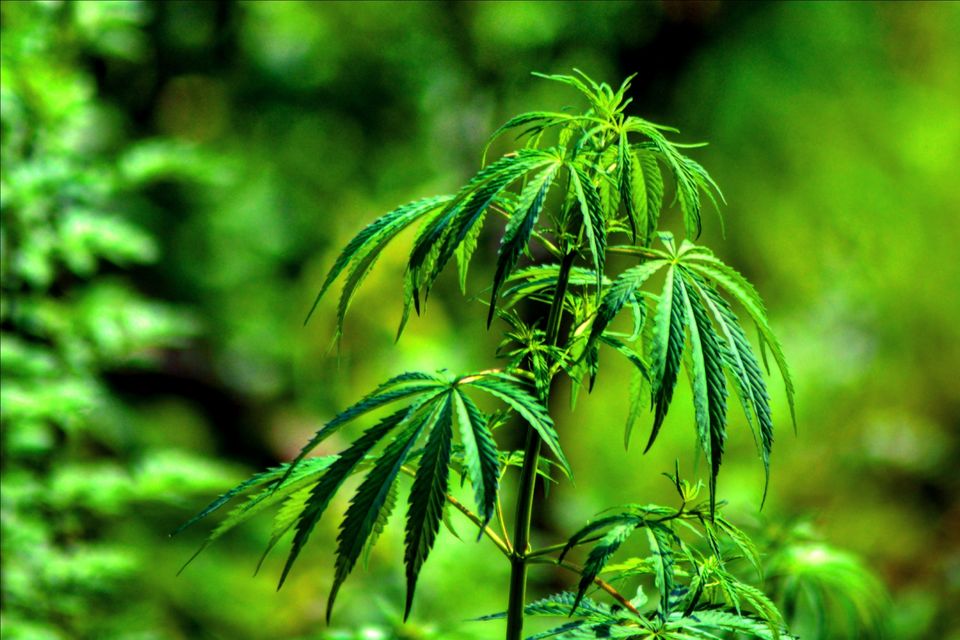 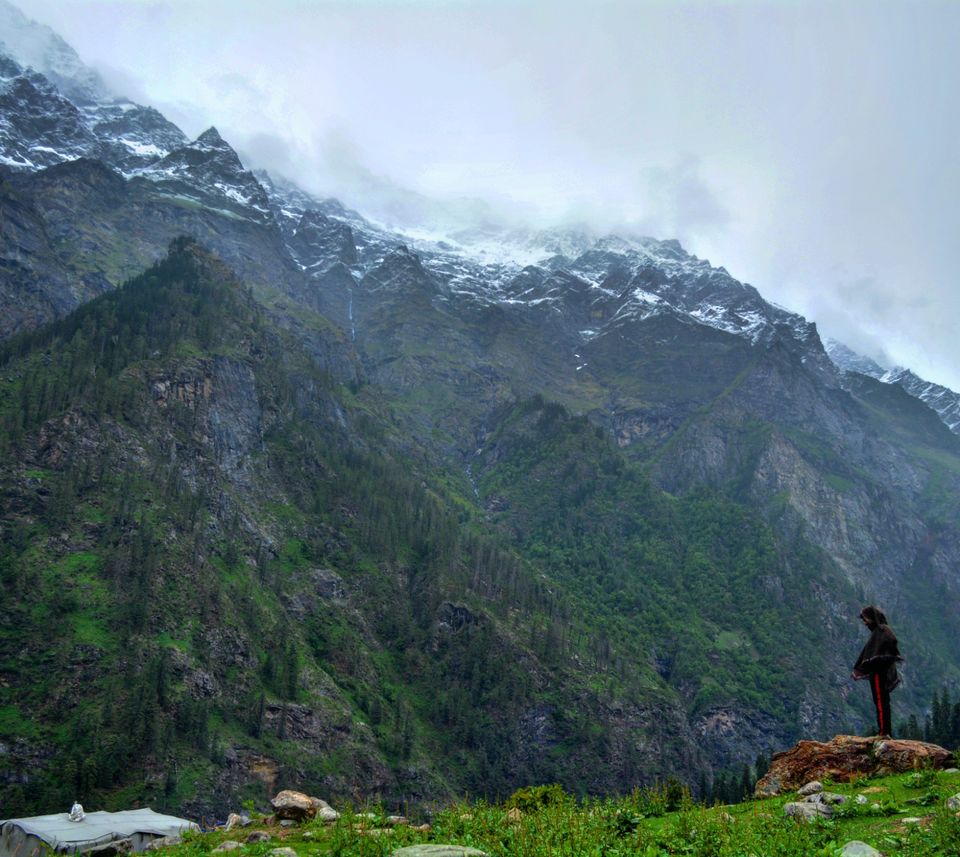 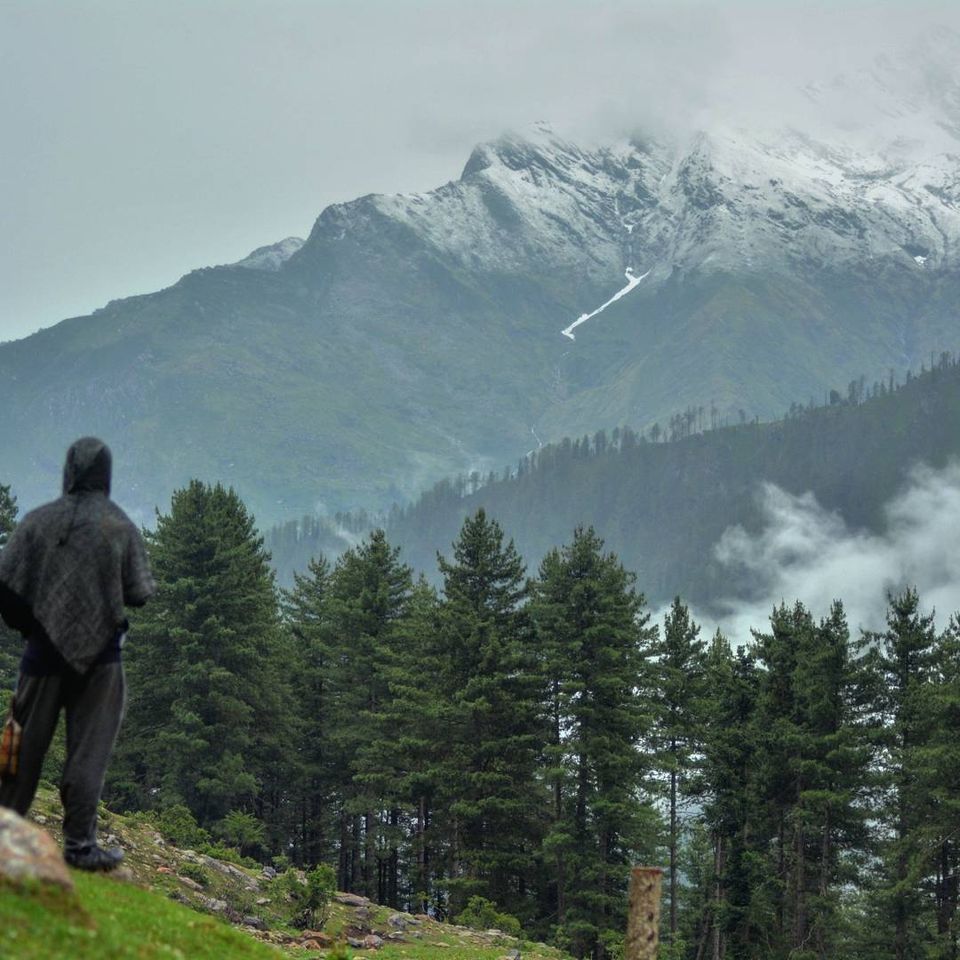