Our home in the jungle. 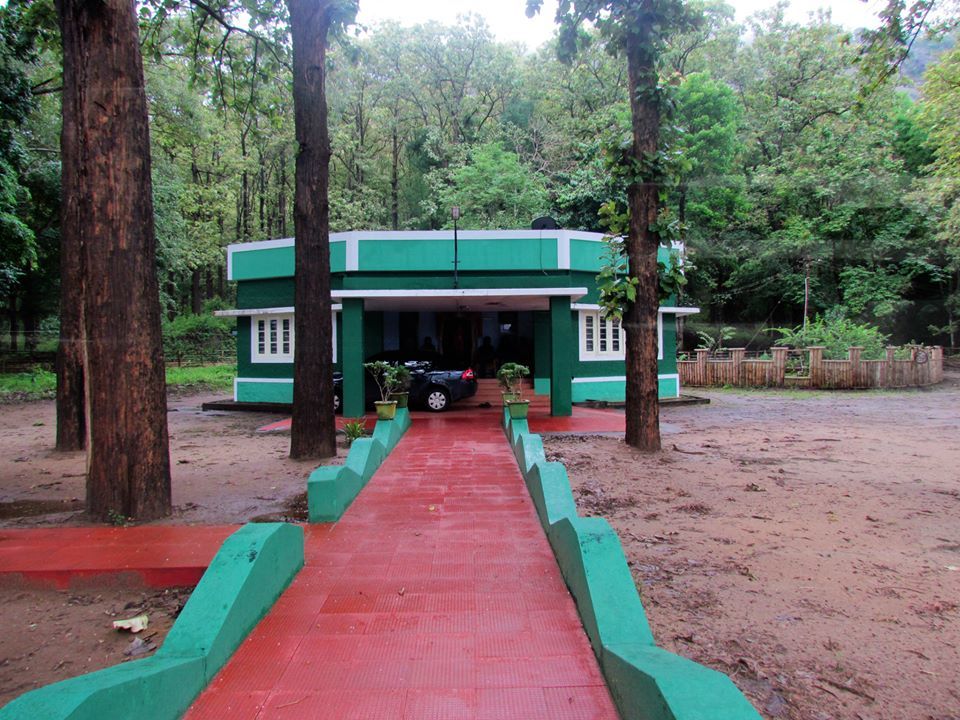 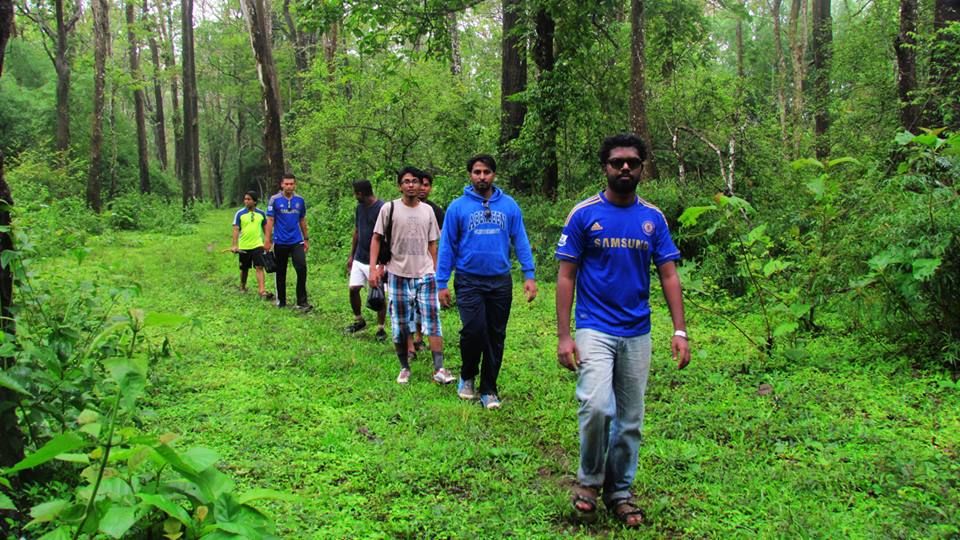 The fish we managed to grab from the dam. 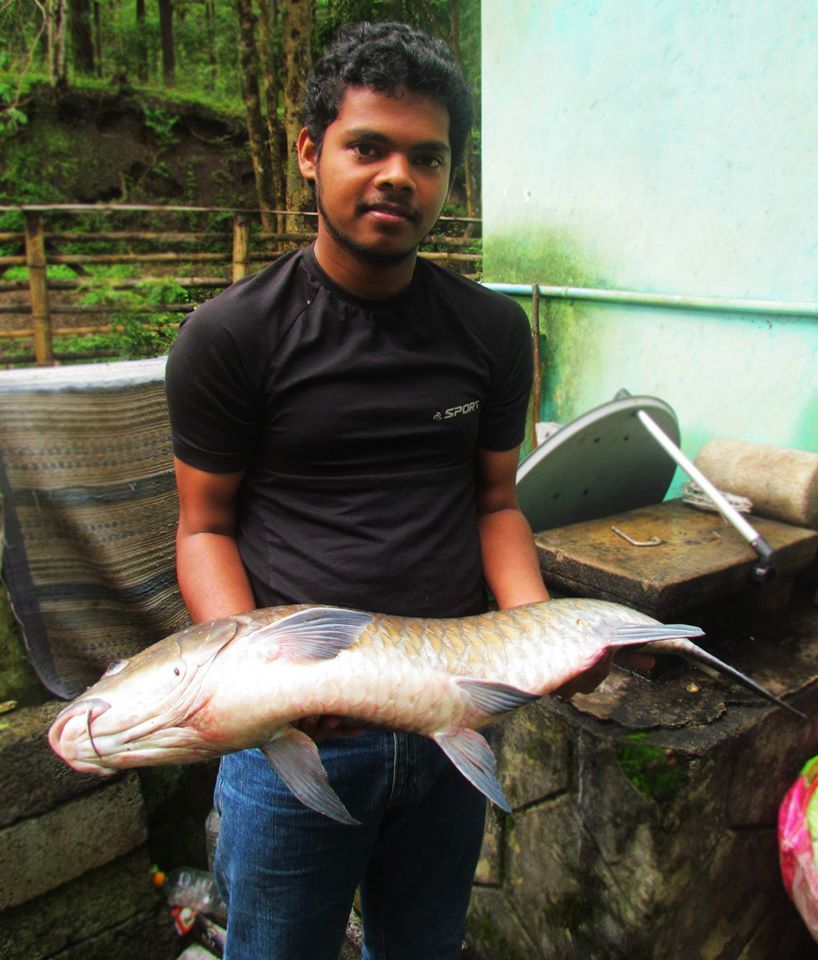 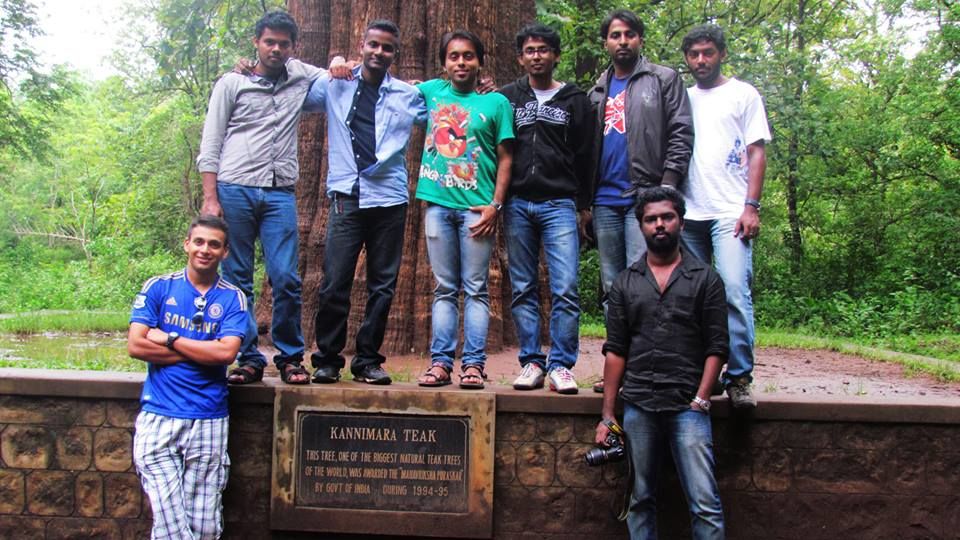 The group with the guards for the trek. 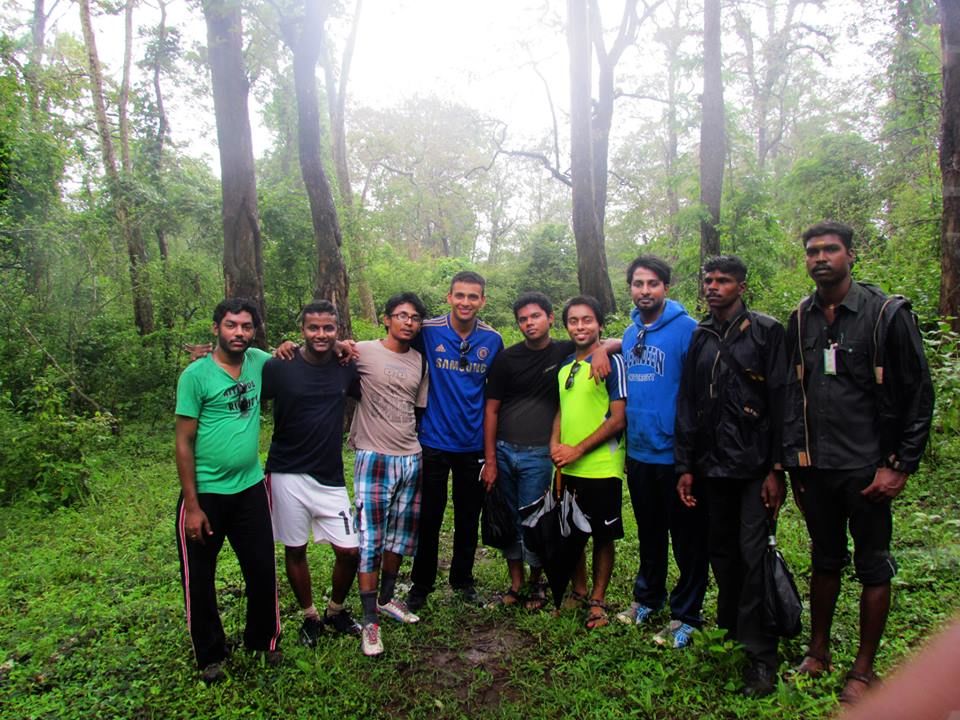 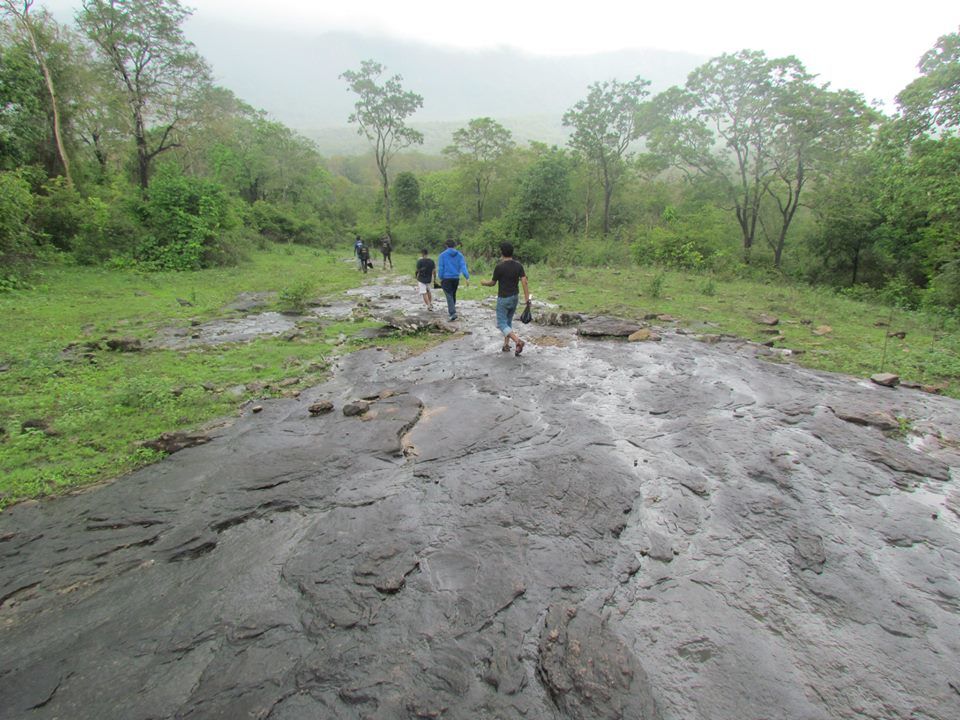 A trip I overwhelmingly looked forward to, especially with my brethren from school. We started off from Trivandrum(native of the travellers) very early in the morning to avoid the irksome traffic which would spoil the mood of a dreamy road trip. We'd reached Ernakulam to pick up one more fellow, when sun shone bit brighter. Ernakulam to Palakkad and then to Parambikulam. We'd managed to get the accomodation booked in advance in accordance with the rules of the Kerala Forest Dept. A marvelleous place to crash after the long journey from the South of Kerala to the North-Eastern district on Palakkad via TamilNadu (no direct routes are accessible to the civilians, you've to take the longer route) which spanned over 400 kilometeres in total and took almost 9 hours to close. The place was at its archaic best, a bungalow overlooking the Parambikulam dam and a unfinished road which could potentially be the ways Bisons carry themselves at night.(Yes, we weren't dissapointed.)

The initial day at Parambikulam went on without much activity which we saved ourseleved for day two of the itinerary, where we trekked close to 12 kilometers to one of the summits in the Western Ghats. Unfortunately, the hyped up wild trek was a gentle disappointed because of no fauna sight during the trek. (We did actualy manage to hear the mighty trumpets of the elephants far ago.). At the climax of the trek, we found ourselves refreshed, sweaty and in an euphoria. We sneaked back to the bungalow after the trek. We had went out for an evening stroll near the dams and clicked pictures to be published in the social media. Exactly like the dinner we'd the previous night, food at the jungels are a treat for any foodie. We'd managed to catch a un-named fish from the dam which was giant enough to feed 8 plus hungry foodies in the morning, and it served fried with rice.

Unwillingly I managed to open my eyes to the wake up call in the morning, it was cozy to sleep in the jungle with a warm blanket to keep up warm. I managed to get up, freshen up and we packed our bags home in the morning and then came the plot twist - we took the wild route return. Enter Valpara. Roads were excellent and the scenic adjacent views rivalled it. Unfortunately, and maybe fortunately(for the car drivers) it began to rain when we were nearing Valparai and it was thrilling to be in car inside the jungle roads, almost dark in the afternoon and waiting to meet the next wild thing on the turn of the road. Sadly, we hyped ourselves too much and it was disappointment, again.

We reached Trivandrum via Valparai - Sholayar - Vazhachal - Athirapally - Ernakulam - Allapey, we could get the heavy 'Athirappaly waterfalls' in the dim moonlight on the way back.

A memorable trip and yes, I shall visit Parambikulam again.

1. Pre-book your stay at Parambikulam.

2. Carry boots/heavy sole shoes for trek, as the places are prone to rains most of the time and slippery.

3. No alcohol allowed inside the forest reserve. There will be checking for the same.

4. Most importantly, enjoy the wildlife. :)

HotelsMap
Dense forest with heavy chances to spot wildlife at their circumambient environment. Bisons, Elephants, Lion tailed macaque, Spotted deers and if you're lucky maybe even the wild cats.