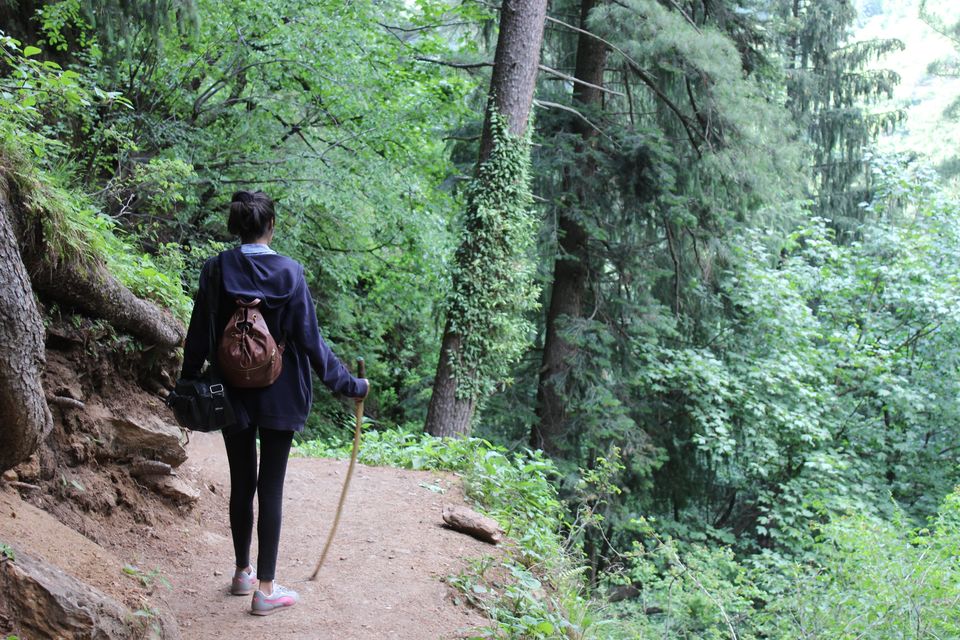 So I woke up on time, all excited about my trip, took a cab to the airport and should have easily made it before time but blame my drowsy eyes or my Ola driver, I ended up at the wrong airport. YES. Can you imagine the rate at which my heart went wild? In panic, we took a u-turn and thankfully I did not miss my flight. I met my friends in Delhi and after offering them and their families a parcel of vada-pavs from Mumbai as demanded, we set off to Chandigarh. We were 6 in total, occupying two cabs, arrived at Hyatt Regency – Chandigarh and were welcomed by complimentary shots of flavoured water. The beds were too cozy to not jump-in so after a few minutes of curling up, my friends decided to explore the mall right next to the hotel and grab a bite. I wasn’t as hungry and repelled by the idea of even having to look at a mall on a trip, I chose to do what I love about 5 star hotels the most – a refreshing 2 hours long hot tub bath. And I’m not exaggerating, I guess I even had a tub nap. Out of the tub, into the pool – is what happened next. With some Jacob’s Creek by the pool, we watched the sun set.

Our night started off with dancing in the room and playing beer and wine pong. Yes, wine pong. Not a great idea indeed. For food we got some pizzas and pastas parcelled for our mini house party. Hyatt is a good property in general but with a not-so-good room service. We were locked out of one room for almost 2 hours and the staff didn’t bother helping us unless one of us went all the way down to the reception. Overall, it was a good refreshing start to the long journey we were on.

So by 12pm, we checked-out of Hyatt and continued with our road trip, aiming at reaching kasol by night. A little too ambitious, we later realised. Took a couple of stops for refreshment and lunch in between and by 7pm, we were by this beautiful lake a kilometre away from Mandi, witnessing another breathtaking sunset. Realising it wasn’t a good idea to be on the road post 9pm, we decided to stay the night at Mandi – a small but lively village 4 hours away from Kasol.

Checked-in at Munish Resorts paying 1500 a night for 2 people. We didn’t bother bringing the luggage in and left it in the car since we had to leave early morning the next day. Went to this stunning resort – Visco for dinner. With a wide variety of seating areas, we chose the garden by the river – beautiful and less crowded. The food was decent and affordable and if you’re carrying your own Hukka pot, you might as well bring it along. Dining here gives you a feel of vacationing at a family farm house! I’m not a fan of Hukka but my friends are, which is how I know Visco lets you bring your own Hukka pot inside. After all, I don’t know a single Delhi-ite who hates Hukka. Do you?

After some big bites and talks we receded to our hotel rooms by 11pm and had a good night sleep. After all, we were exhausted from being in the car all day! The next morning, by 7am we left for Kasol and reached the small yet encapsulating city by 12pm. Excited as we were, with an aim to find the perfect hotel we spent sometime looking for the right guesthouse. Tired and hungry we decided to unwind at The Woodrose Cafe – a refreshing place with boardgames such as Chess and Carrom Board, offering light snacks and coffee and unheard songs that would find a way to your heart no matter what genre you follow. ‘Dreamcatcher’ is one song that I heard there and simply fell in love with. Listen to it (especially after 4:00) and tell me how you like it (hyperlinked in the above sentence). Also, with graffiti walls and cushioned floor for seating, do try the Nutella toast here.

After a couple of rounds end to end in Kasol, we finally settled on The Green Valley hotel in the middle of the bustling market, safe and right under our budget (INR1500 for two). The best part about this hotel is its proximity to all the happening eateries and scenic places around. With the not so wide roads, its better to walk it out to explore this city.

Explored plenty of other cafes and restaurants there, each of which has at least one dish that you shouldn’t miss. Will pen down another blog with all the food details very soon.

The crowd I’d say was a mix of Israelis, the youth from all over India and others, with one thing in common – Looking for a break from their stressful lives. Trying to be lost so no one else could find them but themselves. It’s surprising how some places have the power to do that to you.

So in the evening we decided to visit the Chalal lake which is famous for rendering an out-of-the-world view of the stars. The way is a mini trek and we had to use our phone’s flashlights for it was pitch dark. However, we found an amazing spot in between, by the river and spent sometime gazing at the stars and listening to the water gushing by, shimmering in the moonlight. As we got hungry, we went to the Evergreen Cafe where I had the best chicken pizza EVER. No kidding! Their kitchen closes at 10.30pm and they are very strict about that. We all wished for at least another slice of that pizza but didn’t get it because it was past 10.30 by the time we realised how awesome that pizza was.

Next on, was the much awaited Kheerganga trek – the highlight of our trip, for which we were to leave the next morning. We woke up all pumped up and excited for the same but little did we know of the struggle that we would have to go through before we’d even start with the trek. Which is why I will be posting another blog about this trekking experience because there is SO much that I need to tell you. Let’s just say that the day trek turned into a night one with unimagined challenges but we made it safe and sound and I discovered my strengths which I didn’t even know existed. Kheerganga was definitely the best part of my whole trip and you HAVE TO come back later and have a look at the blog about it! Also, I think I now have a new found love for trekking.

Anyway, touch down Kasol at 8pm the next day, with a sore body and a satisfied soul, we had dinner and slept the exhaustion off at hotel Four Seasons (No, not the five star one). We were to catch a local bus to Manali by 1.30pm costing us just 130 bucks each. We kept our luggage at Rane Travels (who even refused to accept money from us for doing the same) and did some shopping. Got a small tibetan flag for 50 bucks which is my favourite souvenir of all.

The best tip as I previously mentioned on an Instagram post, is to travel like a local and I’m glad we did. From old locals to foreigners and Indian millennials like us, the bus was fast and rash at times but definitely safe. Enjoying the stunning views of the Beas river and Lamas, we reached Manali by 6pm. Careful of not repeating our mistake of wasting too much time in finding the right hotel, we went with the first one we saw – Hotel Chelsea, decent enough for a budget traveller (INR1500 for 2). Freshened up and started exploring the eateries in New Manali where I finally got my hands on a good cup of Cappuccino and some red velvet cup cakes.

The next morning we again hopped from cafes to restaurants and shopped at this government shop – Tribes India, where you get authentic clothes and other handcrafted products. The best thing I bought there was a pack of soaps made from different ingredients and no chemicals. Available in every flavour imaginable from lemon to honey, mint, lavender and more. I also got a black dream catcher that now hangs in my room.

After buying a bunch of things, we proceeded to the bus stop from where we were to catch an overnight bus to Delhi which was costing us INR1,300 per person. Don’t worry it’s safe, filled with families and the quickest mode of transportation. In fact, I’d suggest you’ll to go for buses and not hire a cab for such trips. Although never, I repeat, NEVER settle for seats in the last row. You won’t be able to stretch your legs or the recliners might not work (as mine) which is basically a nightmare on a 12 hour overnight journey. But all’s well that ends well. So after reaching Panipat, I stayed at a friend’s place as I had a flight in the evening. Well, I basically slept for an hour, had a pizza and then again slept for a few hours, woke up and rushed to the airport. By the time I reached the boarding gate it was shut. Yes, again. I pleaded a little and an empty air bus escorted me to the plane. I’ve never had a peaceful boarding experience at airports till date. I don’t know why and how I’m always on the verge of missing my flights. The Jaipur trip was an exception.

So two hours later, Kasa Kai Mumbai! There I was. The trip had ended. And my trip hangover week had started. I’m always sad for a few days after a trip ends. I actually fell ill and worked from home for a week. But anyway, time to save up for another adventure!