Driving From Indore To Delhi : Route 1 (Via Gwalior & Agra)

Driving from Indore to Delhi : Route 1 (via Gwalior & Agra)

By One for The roads 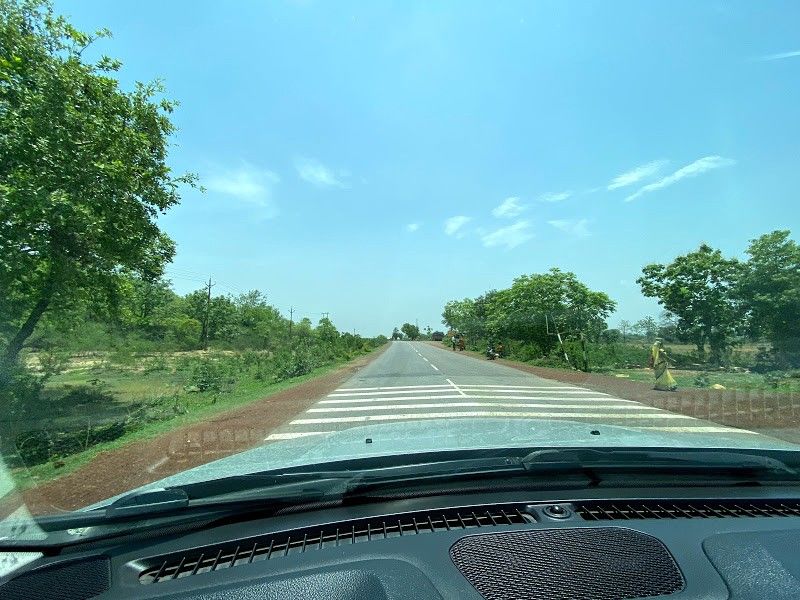 The road from Indore to Biaora is a straight road with the first 60kms a 6-lane highway. Once out of Indore we were able to average a 75-80 kms per hour on this stretch of the road. Traffic was quite minimal with majorly trucks. The road had a fair bit on undulations making the car dance around a bit too frequently.

Very few places to stop and eat, and there is no "Food Mall" on this route

Beautiful patch of road with very few undulations on the road. The road had a bit of traffic however maintaining speeds of ~100 km/hr was quite easy. We stopped at a tea joint just as we entered Biaora for tea and the petrol pump had a decent rest stop in case you have ladies traveling with you

Very standard 4 lane highway, however the exits off the road and the marking on the road were spot on. This ideally should make driving on this patch even in the evenings slightly easier than other roads across India. There was a fair bit of truck traffic which meant a bit of manoeuvring and constant gear shifting.

On this patch of the drive there were a few diversions because of ongoing road widening. We took the western bypass for the city of Gwalior, which goes through a few smaller villages and is a village road. The speeds here did drop, even though it was a faster route according to the apple maps we were following. Crossing Gwalior without a bypass was a pain.We however did enter Gwalior around 1PM and stopped for lunch on one of the roadside dhabas with outdoor seating.

Once you cross the hustle bustle of Gwalior city, the Gwalior to Agra is much more busy than the previous 500kms+. The road till Morena was still ok, but once you cross into Rajasthan the road quality does drop. This stretch has a few "car breakers" on the way and enough 2 wheelers to irritate you.Once you cross into UP, the road does become better.

There are two routes you can take from Agra to Delhi :

Right before Agra city, there is a bypass to the west of the town which takes you straight on a 4 lane highway through the old NH3 to Delhi. The traffic here was significant however the road is built quite well. The expressway has ensured maximum passenger cars going towards East Delhi/Noida to use the new route.

To reach the expressway from the south of Agra city coming in from Gwalior there is no well defined route. Google/Apple maps will show you a way on the right after you cross the bypass, however that is a village road which in our case was jammed because of an accident that had happened just before we reached. We had to reroute and go through the centre of the city through the narrow roads to actually reach the start of the expressway. The expressway is a well made 6 lane highway with nearly 4 tolls by the time you exit the highway.

As recommended by other, we would suggest that you do the Guna to Agra patch while the sun is up. We would not suggest doing that patch at night. The overall drive was quite enjoyable, with very less road construction happening throughout the journey. Most tolls on the way accept fastag, except for the first toll on the Dewas Bypass.

Carrying food with you for the entire trip would be a great idea, this stretch does not have drive thru's or Food Malls till you do not cross Agra