Heaven Has A Road : Highway To Highwavys

Heaven has a Road : Highway to Highwavys 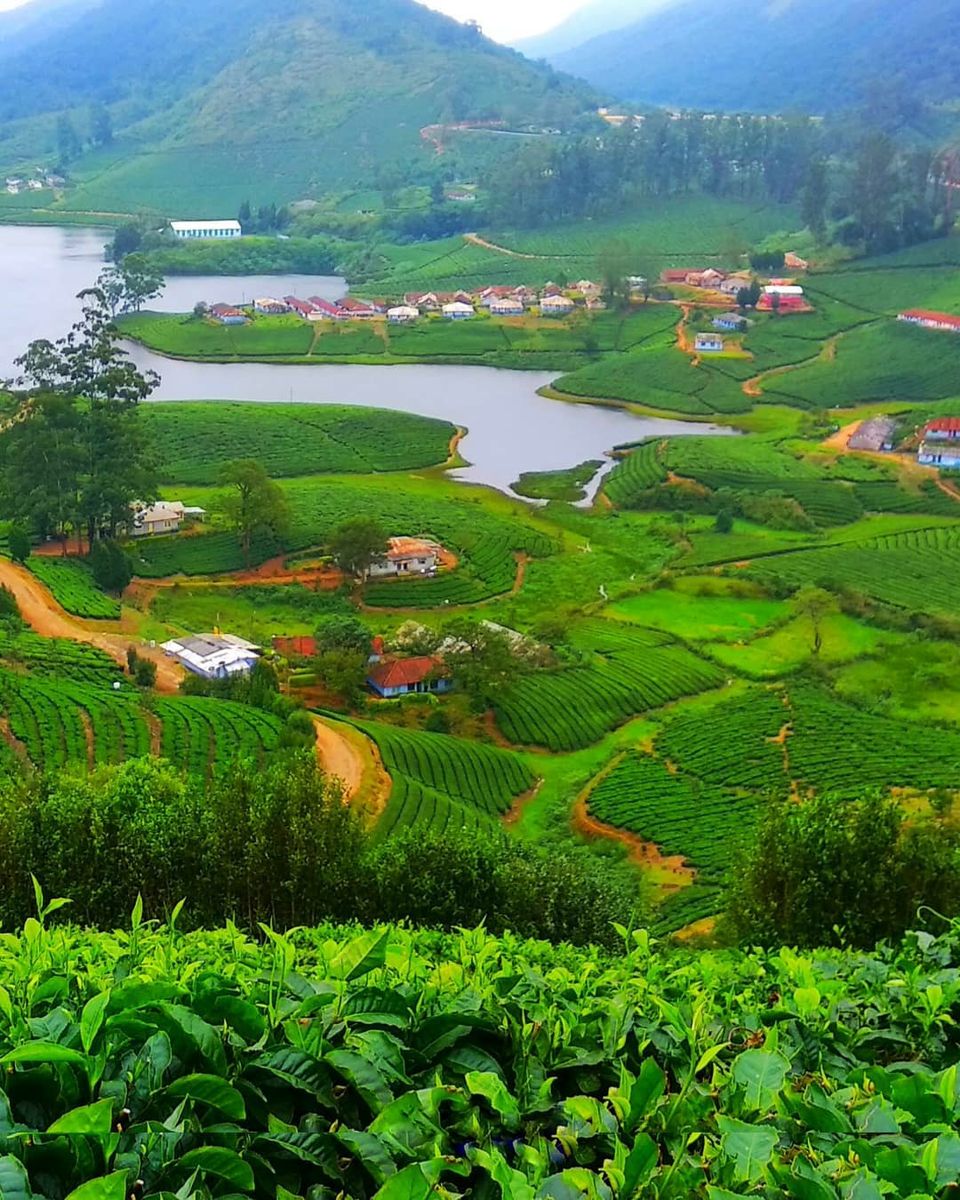 The mountains have rules.they are harsh rules, and if you keep to them you are safe. but we are not, An encounter with a Gaur and Wild Elephants is not fair, Actually, we don't belong here. Where are the people?we asked each other ,They are too lazy here, It's almost 7 am no newspaper boys and  morning runners.Meghamalai was giving us a mesmerizing morning in our lives.The village in the hill ranges of Varusnadu and Vellimalai hill was covered completely by snow, The vision was almost zero.The mist was embracing the Manalar dam reservoir and started to reveal the viridescence of the Highways Estates.It was truly  wizardry by the Western ghats, I've never seen anything magical like this before.The mountain breeze made mystical sounds.I never expected this, this was really overwhelming for me and my friend.

I came across Meghamalai in a travel blog by a native who was born in Meghamalai and later moved to Chennai.He had great childhood memories about this heaven in earth.The blog by him really touched me and he also mentioned about the local transport bus that start from Theni Allinagaram.I started my voyage from Vazhakkala a town inside Ernakulam, I took a bus to Kakkanad and got a bus to  Moovattupuzha, which was a Gateway to the hills of Idukki.

It was a rainy morning, the bus advanced through the beautiful small villages of Ernakulam highland areas, the bus journey educated me about the totally different side of Ernakulam.I reached the bus station by around 9;30Am.I suddenly went to the information centre and enquired about the bus to Mundakkayam.Finally I got into a Kanjirapally bus which was fully loaded.The bus passed through some of the best high range roads of the entire Kerala.The development of the kottayam highland villages is just amazing.The politicians are really wonderful with basic infrastructure.They always looked after their  respective constituencies.The development of this region started after the flooding of ancient port Muziris which collapsed after a great flood at Periyar Basin. The spice traders and agriculturalists enroached and enriched these Highland forests into great spice gardens and Rubber plantations which lead to a great agricultural revolution that actually pulled up the entire  GDP of Central Kerala and they saw a great hike in their quality of life and economy of these regions . The districts of Idukki and Kottayam flourished with their cultivation of Spice and Rubber.The villages are blessed with great roads even in harsh terrains.The journey from Muvattupuzha to Kanjirapally was a soothing one with the cool breeze after the downpour.My friend Arjunwas coming from Nooranad, a village in Alapuzha district.He was waiting for me for so long from 10Am.I always make people wait for me, I know it's actually an etiquette to follow when we are Travelling,,It's actually happened because of the delay of getting bus from Muvattupuzha that was not  intentional.

It was around 12:30, I got down the bus at Mundakkayam bus station.The place was filled with colourful private buses which was ready to go to the Hills and elsewhere.We both were hungry, we went to restaurant and had lunch.The bus to Kumily started at 1Pm, It was crowded and loud, slowly the bus started to catch up the hike trails of western ghats.I had a strong intuitive feeling from Muvattupuzha that this trip is going to be flamboyant, because the nature was fascinating with light rain and misty atmosphere.My feeling was not wrong, the hills welcomed us with grandeur like we are special.

O subtle valley, slipping in between
The shoulders of great sentinel hills
With smuggled silk of rainbow blossom sheen
And contraband of jeweled rills,—
We welcome you behind the pine-plumed ranks.—
You barter beauty for our thanks.

- In Covert by Ruby Archer

The rain started in the hills, our bus slowly climbing up through beautiful hairpins in Kuttikaanam, Small waterfalls started to  appear in far away viridescent hills.We expected the Meghamalai to be beautiful not the way lead to it.The nature was  overwhelming to us, And the journey to Kumily from Mundakkayam was mesmerising.Throughout the journey Arjun was talking about his father owned travel company,who was frequent visitor and a tour guide for the tourists.He also mentioned about a sweater which he forgot to take which was gifted to his father by a foreigner.By the time when we reached Kumily the weathe made a mystical transition, the weather was again sunny with cold breeze.

The present-day Kumily has roots in the colonial period of British Raj The area was once owned by the Thekkumkoor rajas in central Travancore and later when Marthanda Varma conducted his campaigns in central Travancore, regions including Kumily came under Travancore kingdom. Till the end of the 19th century, the area was given under control of Poonjar kings. But the drastic and significant changes occurred in the region by the advent of British powers. They obtained these regions from the local rulers and transformed the forestlands into cultivatable one. Large-scale production of cash crops like cardamom,  Pepper coffee and cinnamon etc. were begun in the hilly terrains. Many people from in and outside Kerala were brought to work in these plantations.The town mostly speaks both Tamil and Malayalam very well, and it's also known for it's banana chips and chocolate bakery's etc.

Kumily is a multilingual town, people can speak tamizh and malayalam  quite fluently.It's almost afternoon,we crossed the Kerala state border and got in into TNSTC bus which goes to Madurai.We wanted get down at Chinnamnnur, a town in between Cumbum and Theni.The geography changed expeditiously within minutes. The plains of Tamil Nadu was visible from the hairpins, and also changed drastically.The district of Theni  waited for our welcome.The strong agriculture was visible everywhere from grapes to coconut palm, no wonder theni  is considered most fertile regions in entire India.The bus was cruising at pretty decent speed,because of this humongous farmlands we lately realised about the speed of the vehicle.In a span of 3 hrs we had experienced different contrasts of geographical terrains.After an hour,we reached Cumbum town,The name Cumbum has derived from the famous temple of Lord Narayana (Cumbaraya Perumal) around which the town has been built. Viswanatha Nayak ruled as a part of Madurai Nayak dynasty.The Telugu governors of Vijayanagara Empire later flourished as kings of Madurai.The people of kambam and near by villages played a vital role in the Construction of Mullai periyar dam. When Colonel Pennycuick decided to divert the west-flowing Periyar (river)'s culmination in the Arabian Sea towards the East so that it could irrigate lakhs of acres of dry land depending only on Vaigai river which was mostly of perennial nature.The construction of this dam led to an eruption in farming.The agricultural land almost doubled and the life of farmers improved drastically.The people are mostly thankful to this engineer, who made their life prosperous and eliminated their impoverished lifestyle.

The bus reached Cumbum, the land of productive agribusiness. The town was full of the bustling market with fruits and vegetables and almost everything. Chinnamannur a small town is near, a small distance from cambium town. The agricultural was now changed into paddy lawns, After some time the stop arrived. We got down at Gandhi junction, it connects Bodinayakanur cumbum highway. Chinnamannur also is known as the base station for Meghamalai. The town is one of the major trade centres in the district and supports basic needs for a population of more than 1,00,000 people in and around the town. Chinnamanur in recent times is known for banana marketing. A processed banana from more than twenty units in Chinnamanur is exported to various countries. I have also noticed a decent number of gold and grocery stores. The town is surrounded by hills and paddy and sugarcane field, It has got a delightful climate, the reason behind this was unknown for us, though it was not on a high altitude. We saw a lot of jack fruit vendors across the town.

We checked in at VNS nadar lodge, the best and cheapest lodge one can get in chinnamannur, the facilities were decent,  just three hundred rupees for two people. The staff behaved kind and helpful to us and gave information about the best restaurants in town. We decided to explore the townlet, behind all these noisy highways. It was twilight hours, She revealed her magnificence to us. We walked through massive sugarcane fields which led to some mesmerising temples and canals. Our hearts filled with immense joy. The lawns were surrounded by Western Ghat ranges.We found the secret behind the pleasant climate of the town, the mountains literally surround this village, the ghats brings cool breeze down into the valley.The walk lead us to Sivagami Amman temple,a major landmark in the village.The chithirai day festival is held here,A temple with visible pandyan influence.Behind the temple, there are lush paddy cultivation at the banks of the Mullai river. 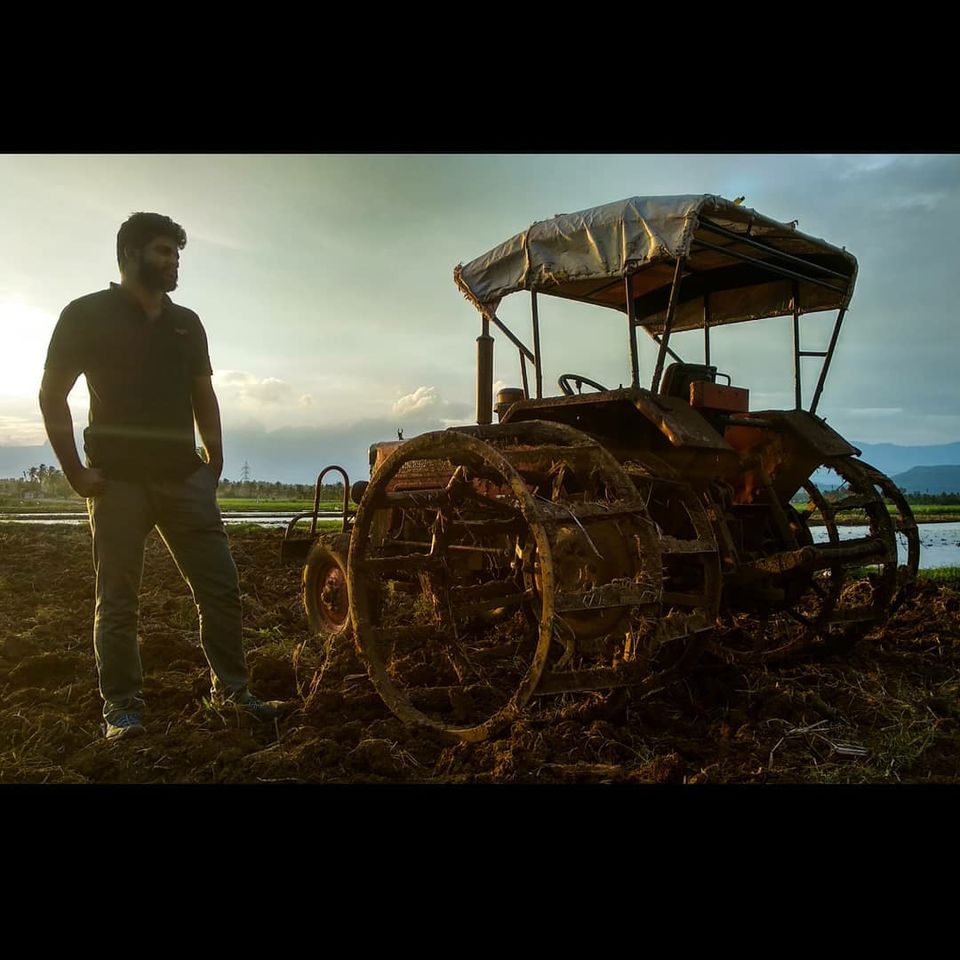 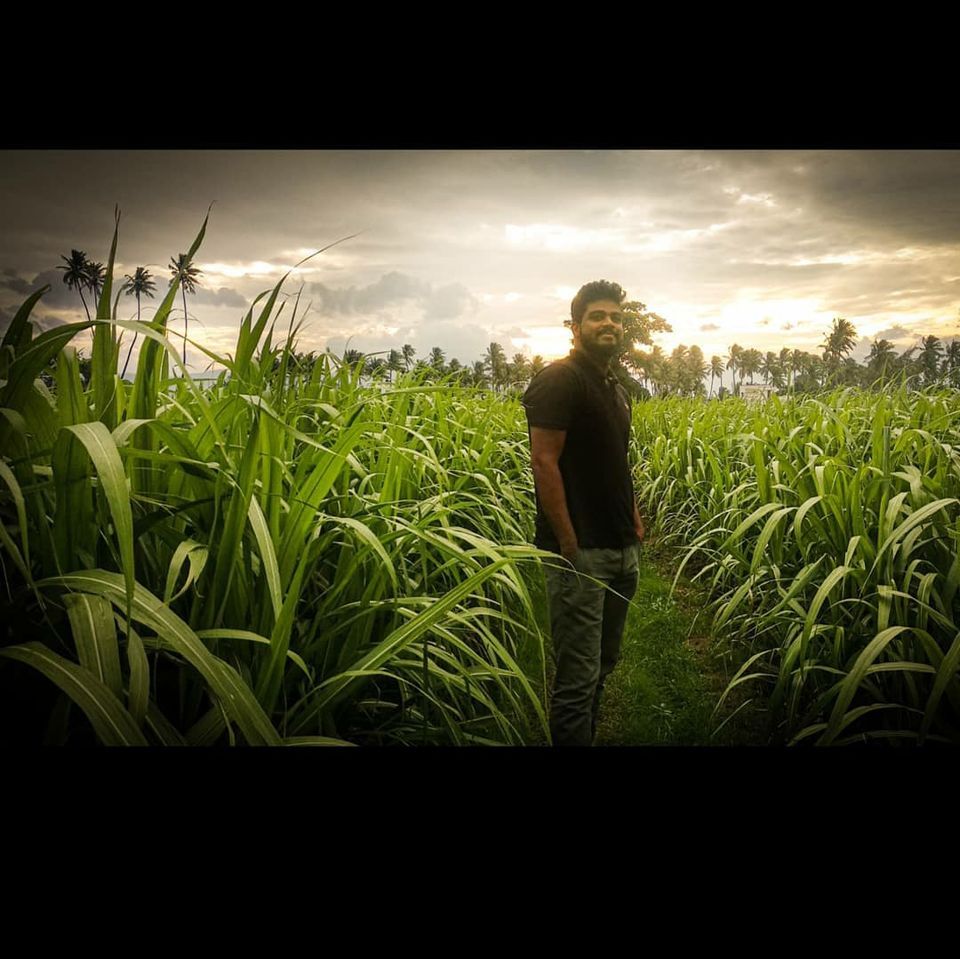 The pleasant walk through the windy and lovely sundown hours was an exquisite experience. The twilight was mesmerising.

Now the sun is sinking
In the golden west;
Birds and bees and children
All have gone to rest;
And the merry streamlet,
As it runs along,
With a voice of sweetness
Sings its evening song

The valleys were blazing in gold and quenching in purple, the shots from my mobile camera almost enough to compete with professional camera shots. The place was magically wonderful and awesome. The sun kept setting, setting still around somewhere in the hillocks. 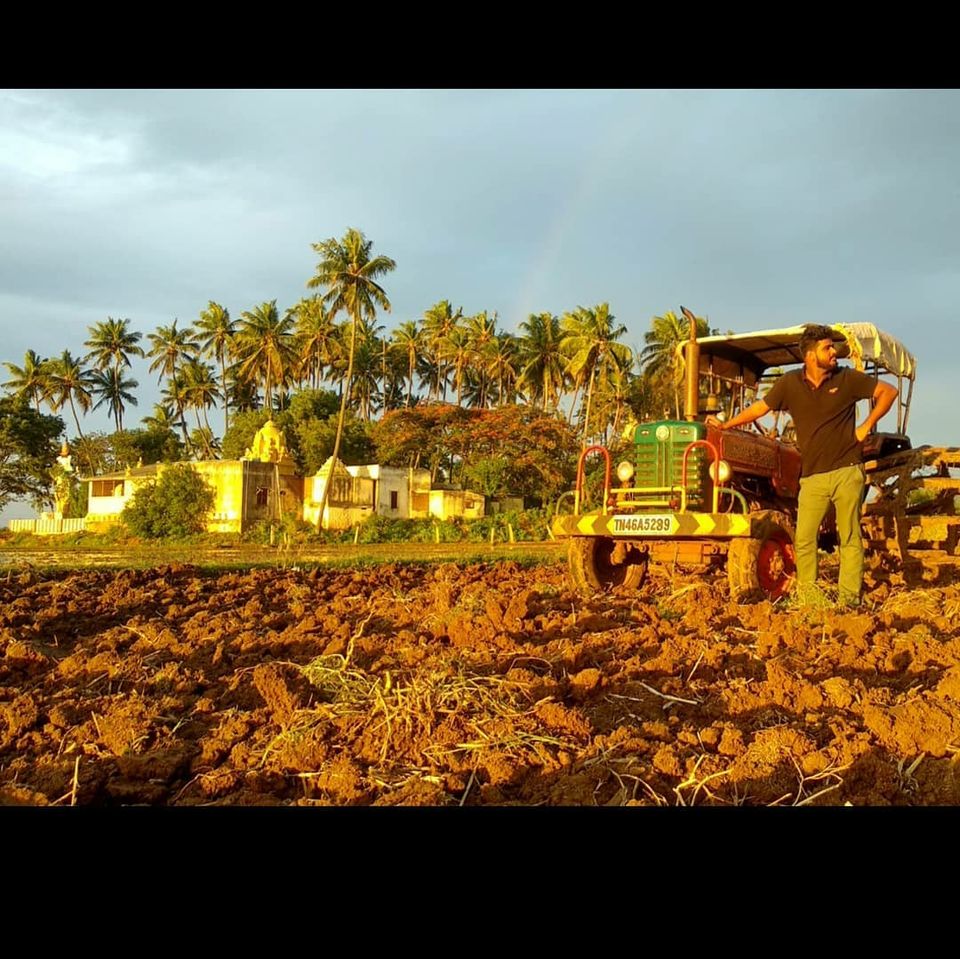 Hills wrapped in gray, standing along the west; Clouds, dimly lighted, gathering slowly; The star of peace at watch above the crest— Oh, holy, holy, holy!

I looked up into the Sky, and exclaimed with wild surprise.They are the colours of rainbow, the phenomenon play of sun rays and rain. 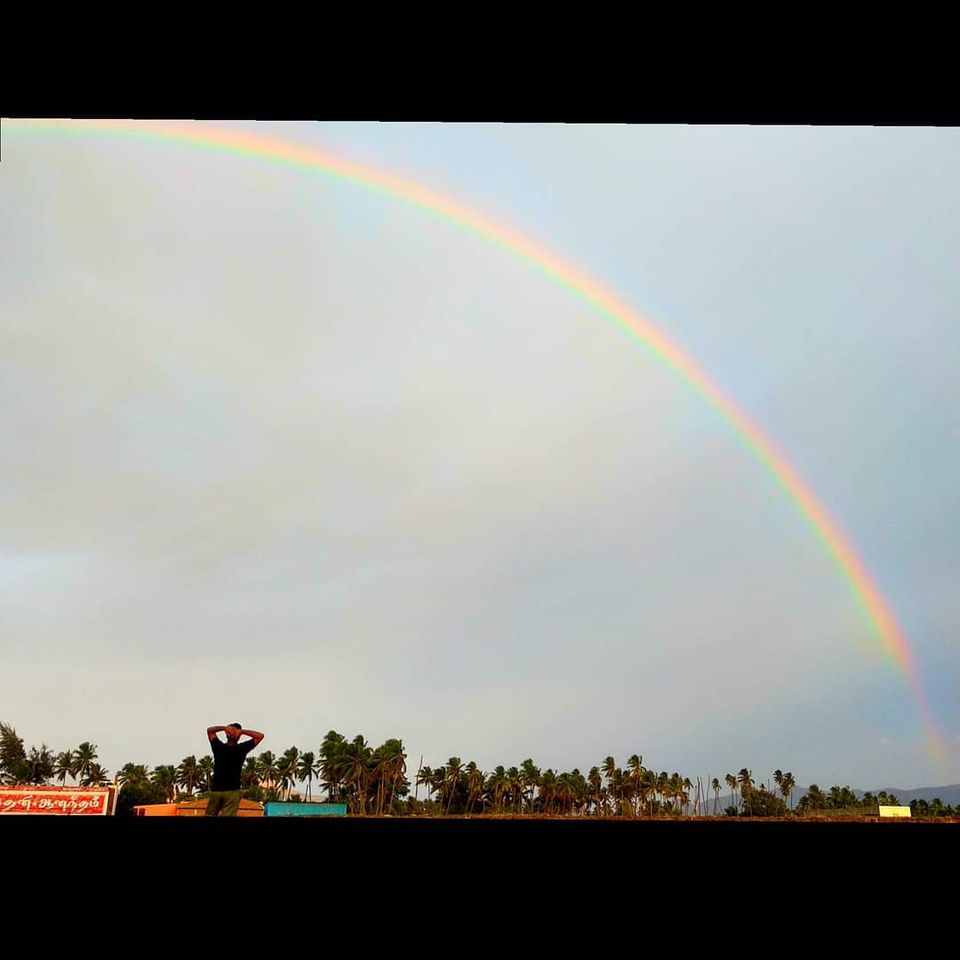 We wish We were the vast sky, to wear these his brights, touching our hearts with enormous delight.The violet, Indigo, blue and green-yellow and orange, red made a twilight that made a pinnacle of satisfaction.

What a wonderful twilight!! 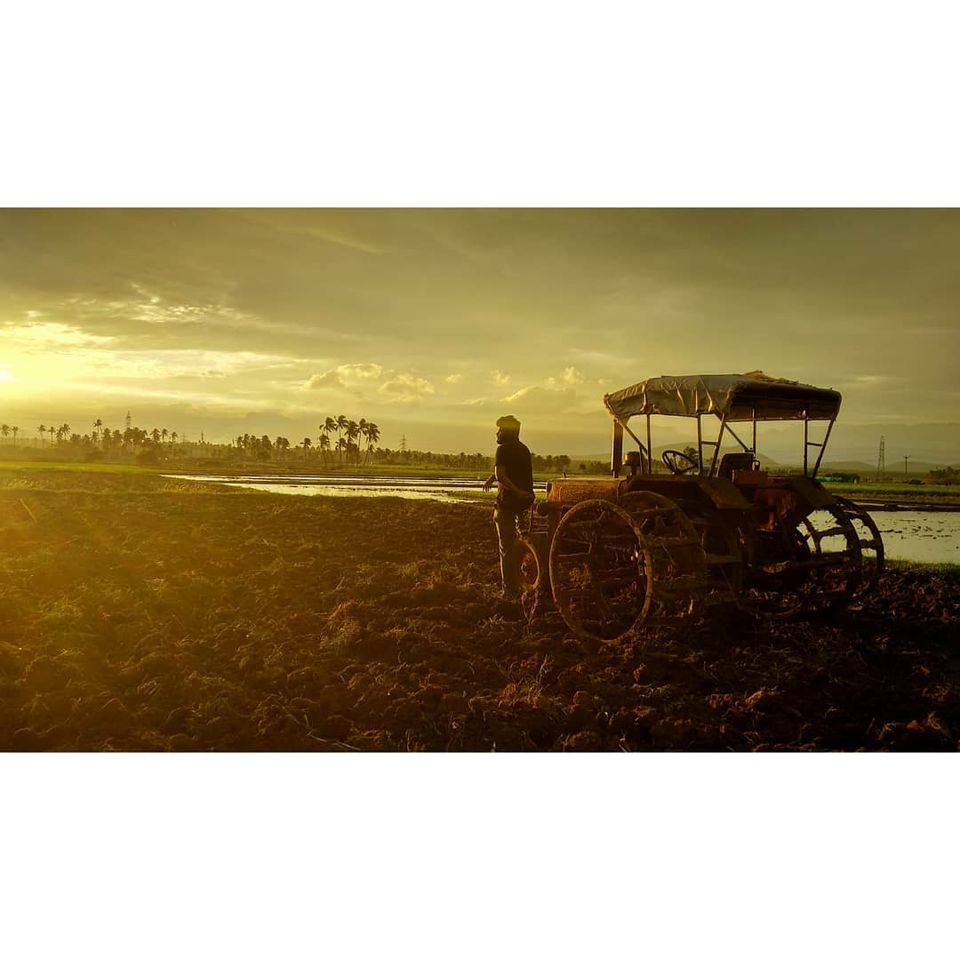 It was getting dark,we walked back to town and had a delicious supper from Thiru restaurant.The lodge gate was about to close when we reached there.We planned to sleep early, because we wanted to get awaken so early at 3AM.The bus reaches chinnamannur sharp 3:30pm..

We woke up at 3:10 Am, the bus reaches Gandhi Jn in just after half an hour. The temperature was cold but it was tolerable, we walked towards the junction. The tea shop was live, a bit crowded the employees were having their fuel till morning. we also drank tea from there, that was one of the best tea I've had in my existence. The milk in that gulp felt authentic and rejoicing. The bus arrived after 15 mins, we lunged into the bus and grabbed two seats. Later, we realised the bus had almost no tourists, it contained the employees of the tea estates. The bus moved slowly through the rice fields, only the silhouette of palmyra trees were only visible for some hours. Eventually we reached the forest checklist, at this