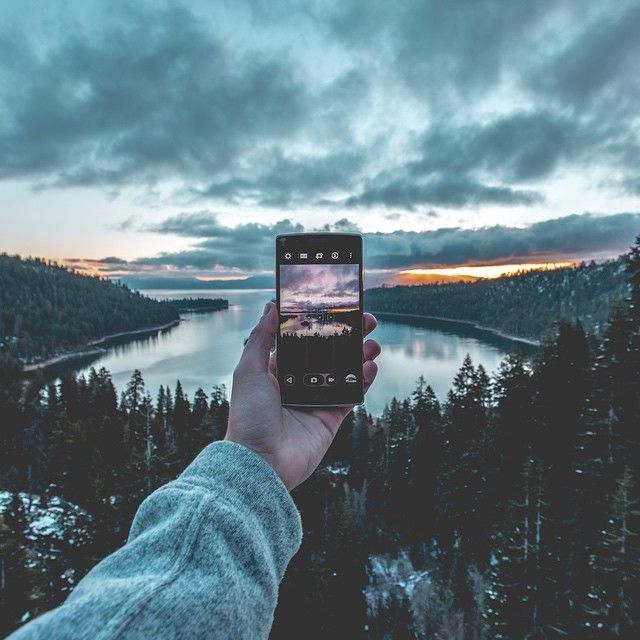 It was a dreary November. The festivities were all done and dusted and monotony had taken their place. Having just filed an urgent story, I decided to spend a lazy afternoon in the company of a book and unsurprisingly ended up on my phone instead. I think of Instagram as this colourful abyss that never really lets you resurface and like any other day, the scrollathon had begun. A friend of mine was busy exploring London; the unnaturally green and yellow meadows of Hampstead Heath could attest to that fact. “That’s too much Valencia. I would have used Lark instead.”, I said to myself, feeling a tad bit smug about my knowledge of Insta filters. A different friend was partying in Bangkok with a group of people I didn’t know while another one was in Goa to attend a wedding and had turned her visit into a workation. “Good for them”, I thought.

The zillion other posts were perfectly composed and beautifully edited shots of places I yearned to visit: A girl staring at the vast expanse of the Italian Dolomites, her brown hat a little too conspicuous. The back of a stunning model holding her photographer husband’s hand, making him follow her to an unrealistic-looking Hampi. A dreamy cabin embellished with fairy lights, hidden somewhere in the forests of Vermont. The indomitable silver skyscrapers of Manhattan standing in stark contrast to the lushness of Central Park…

I wanted to travel right away and escape the gloom but my bank account and piling assignments did not want to be very cooperative. So, I chose ten of my best snapshots from trips I had been on in the past and posted them with the caption “#throwback, #wanderlust”.

The nap that followed was quite peaceful.

Since my best-friend and I have moved to different parts of the country, we make it a point to call each other up every few weeks to talk about life and reminisce the good old days. She has been working for a popular MNC for the past few years and is not the biggest fan of her colleagues. Our last conversation was slightly different from the others as she told me about her desire to change careers and get into the travel industry, something I never thought she would want to do.

“I can’t deal with my job anymore. I think I want to go back to the classroom. Study something like Journalism. I want to travel and get paid for it like these folks on TLC. It seems like so much fun. You get to see the world and stand in front of the camera to narrate your stories.”

“That does not always happen, to be very honest. I hope you land an opportunity like that though. I’d be jealous.”

“I don’t think that will ever happen. If it does, think about my unending Facebook check-ins! I’d be on a roll: ‘Ananya Mehta* is in Tokyo, Japan’, ‘Ananya Mehta is at Disneyland Paris’, ‘Ananya Mehta is in Venice, Italy’. Sigh. And here I am, checking into Cafe Coffee Day every alternate day.”

We laughed and then some more. My thoughts had meandered. They do sometimes. I couldn’t stop thinking about my next trip and all of the check-ins that could potentially go on my Facebook profile.

My aunt from Pune visited us the other day. As a chatty old lady who loves giving us every minor update about her life, we knew her monologue would not end this time around as she had just gotten back from a 15 day trip to Europe. Her sons had approached a popular travel agency to design their itinerary as they were travelling with five other families. I was surprised to learn that they had covered 8 countries within that span of 2 weeks, a feat in my opinion.

Intrigued, I began asking her about all of the places that she had visited.

“You were in Paris! Did you see the Eiffel Tower? Oh and what about Notre Dame?”

“I loved the Eiffel Tower although we had to climb a few stairs to get to the top and my knees hurt. The view was very pretty though. I clicked so many pictures. I don’t know what Notre Dame is. I remember the big museum that had the Mona Lisa. However, I don’t think she’s beautiful.”

“Italy is the one where you pose like you’re trying to push that tower? Yes I did that. I posted the photos on the WhatsApp group. Everyone sent me such nice comments. You don’t ever reply to any of my WhatsApp messages. Do you?”

“Sorry maasi. I must have missed that. Did you also see the Big Ben? Sorry. I’m just curious.”

“Big Ben is the one in Paris na? I can’t recall. Open the WhatsApp group and check all of the photographs. I hardly remember any of these things. I only remember getting my pictures clicked.”

Everyone laughed for some strange reason. Upon her insistence, I opened the messaging app and scrolled over to the family group. I had to rummage through the 1594 photos of Hindu Gods and inspirational quotes to find pictures of my aunt’s Eurotrip. There was my cousin with the blurred Colosseum in the background, the Palace of Westminster which was partially covered by a finger, an unusually dark Eiffel Tower and some hundred adorable selfies of my aunt and uncle and their sons. Most replies to those messages ran to the tunes of “wow”, “amazing pics!!!”, “nyc”, “beautiful places but post more ur photos didi”.

The conversation gradually moved on to the importance of getting married and I nodded, smiled and made an excuse to leave the room.

Travel, for the longest time, has been considered a way of getting over our prejudices by witnessing how wonderfully diverse our planet really is. It is a privilege but one that gives so much more in return to those who can afford it. However, with the increasing influence of social media in our lives, there has been this inexplicable pressure upon people to travel more so as to conform to the norms of these platforms and seek validation. No vacation today is complete without Facebook check-ins. Instagram pictures absolutely have to document your entire itinerary. Even Tinder matches are decided on whether the person travels enough. However, in this chase for likes and comments, we tend to forget the reason why we travel in the first place. In this pursuit of wanderlust, we forget to actually see the world.