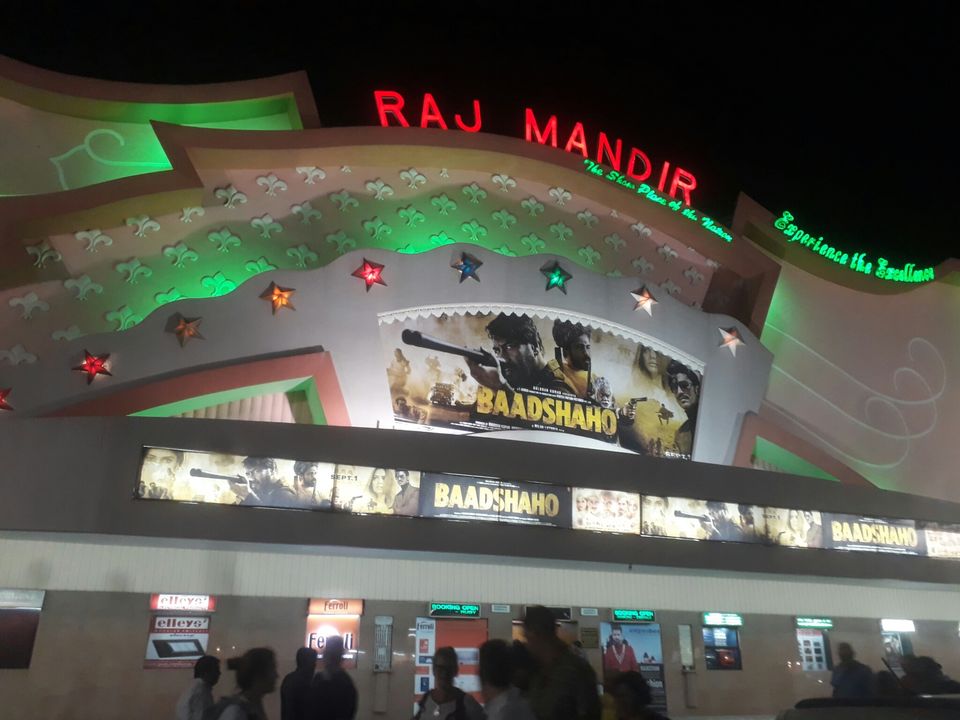 Before the Inox & PVR existed, there were standalone movie theatres running 4 shows e day. With the advent of multiplexes, these standalone theatres lost its importance. We are the Inox generation who probably can't remember the last time they have watched a movie on a single screen. When we were planning our Rajasthan trip, my father in law kept on suggesting us that we should watch a movie at Rajmandir since we had a 3day itinerary for Jaipur. We were quite surprised since we were really not interested in watching a movie while on a trip & that too when Jaipur has so much to be seen. However we had a relatively free last day since our train was at 11.30 pm from Jaipur to Jaisalmer. After some shopping we were wondering what to be done. That's when my father in law generally called & asked us about the trip & like always mentioned about the opulence of Rajmandir.
So we decided to visit Rajmandir. Now, you are not allowed inside without a ticket so what's the harm in watching a movie. So we try & get a premium ticket over the counter but was sold out. So we settled for an emerald category.
The theatre building from outside is quite non descript. But once the door opens, you are ushered into a grand lobby rich with chandeliers, sofa seating & soothing music. It's an opera styled setting where you walk up the slant to a high landing area. The food items are very reasonably priced for a cup of coffee @ INR 50 & a tub of popcorn for INR 60. I was really impressed by the coffee.
The viewing arena is another splendour. Carpets where your feet sinks, a high decorated dome, ornate walls with changing colours & a quilted screen that lifts up to reveal the viewing screen.
There were a lot of foreigners in the auditorium who were watching this Hindi movie with us - Lucknow Central. Not that they were understanding the movie (it wasn't subtitled in english). But they were there to soak in the experience of grandeur. Rajmandir happens to be the third best movie theatre in the world in the single screen category. So, this happens to be quite an international destination.
During the interval the music & lights in the lobby had changed again. The walls are adorned with photos & messages from filmstars like Amitabh Bacchan, Raj Kapoor & the likes.
If we had missed this One, it could have been a huge one. This was opulence & grandeur & old world charm relived. 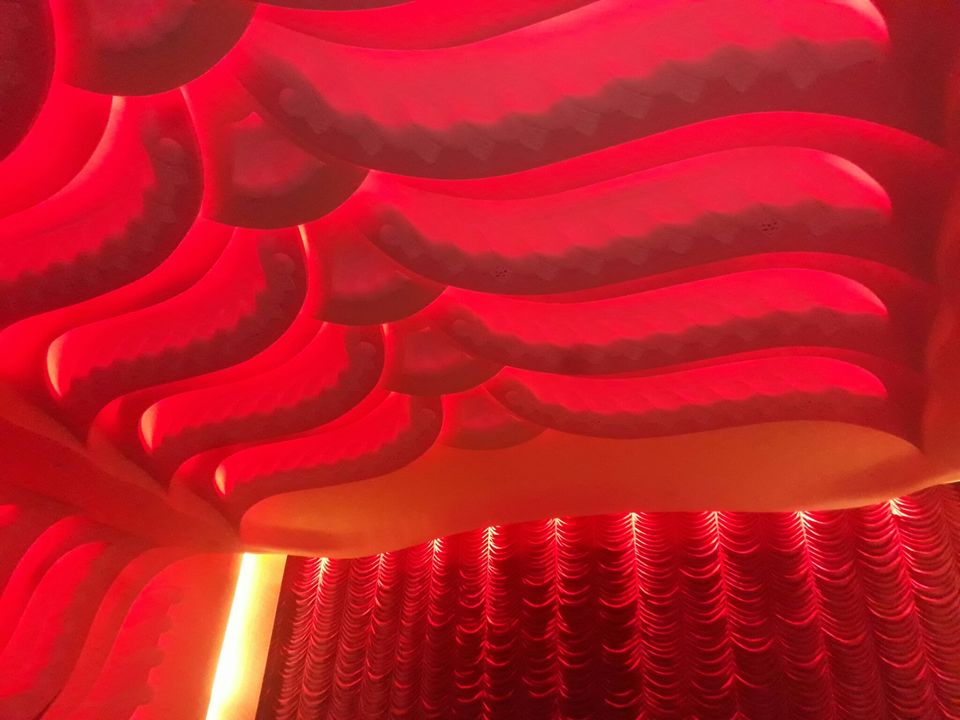 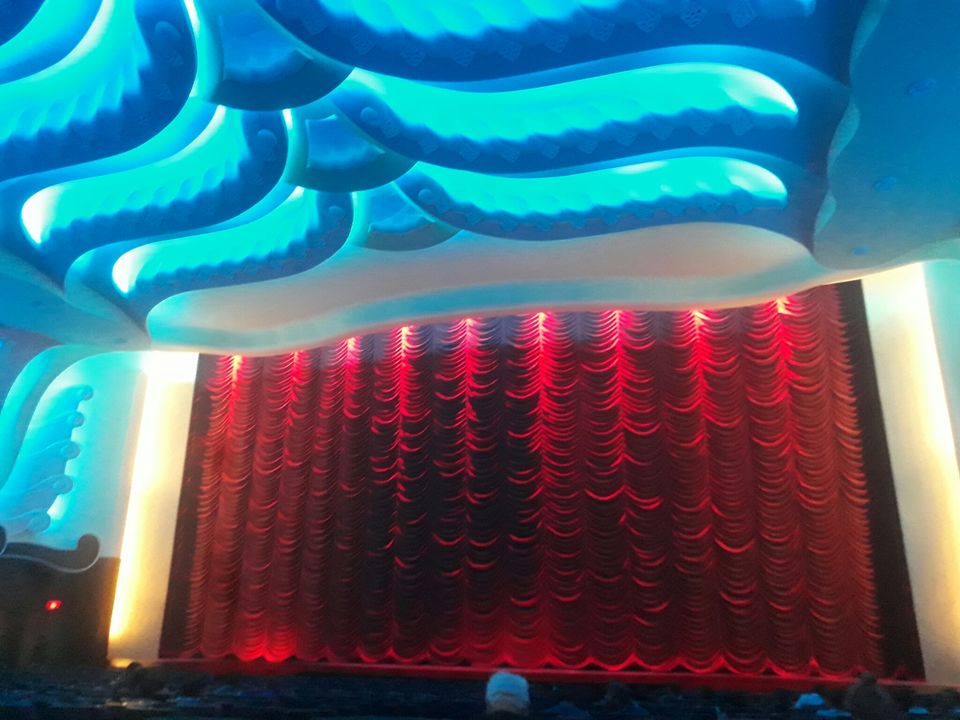 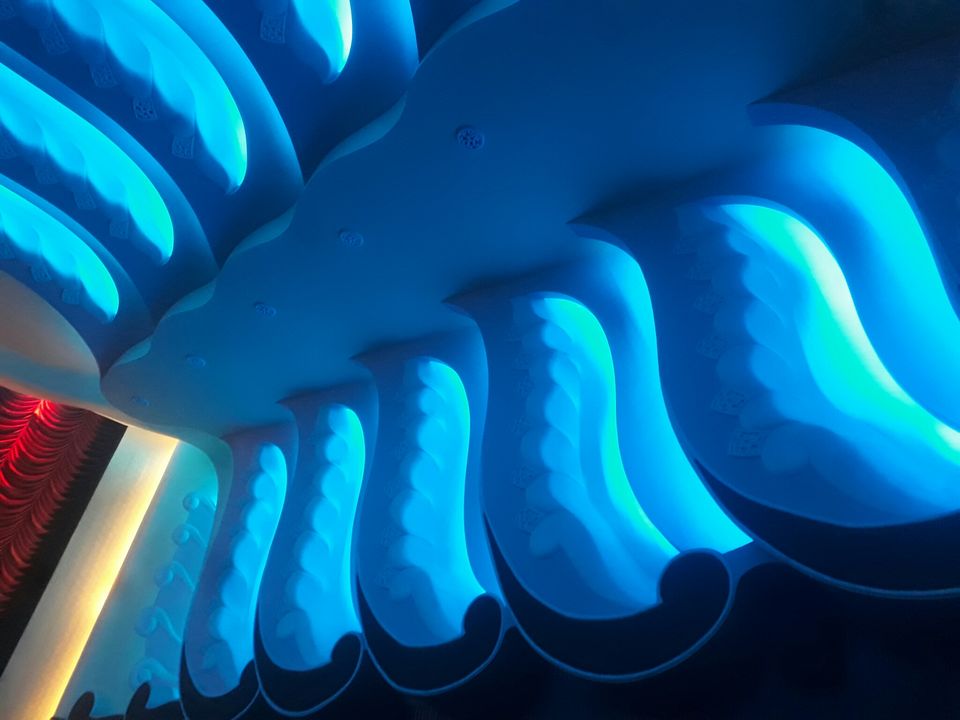 Ceiling of the hall 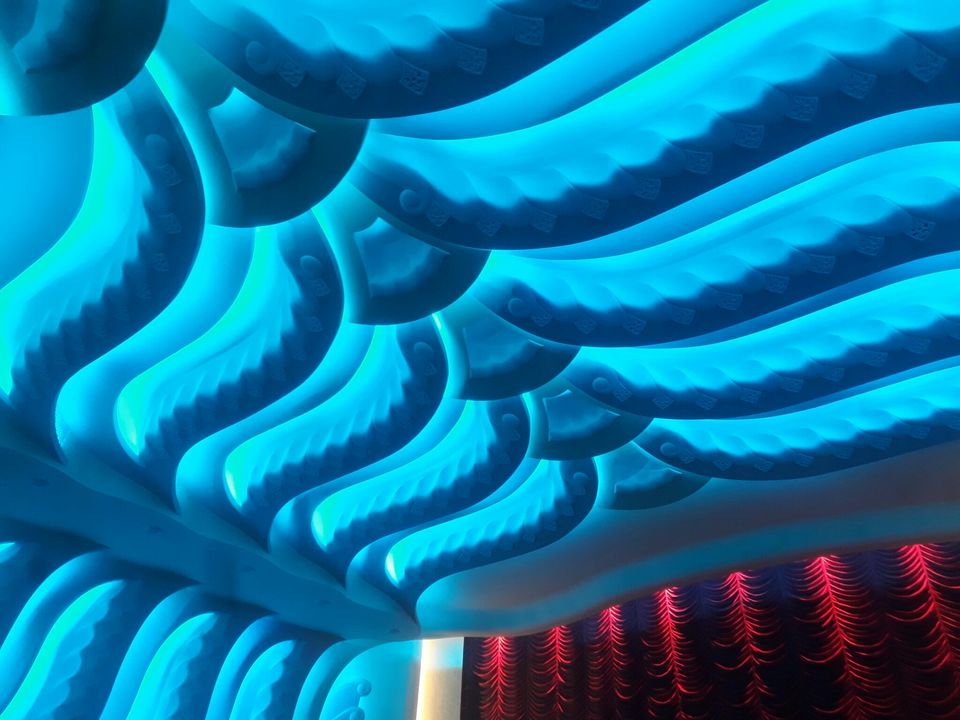 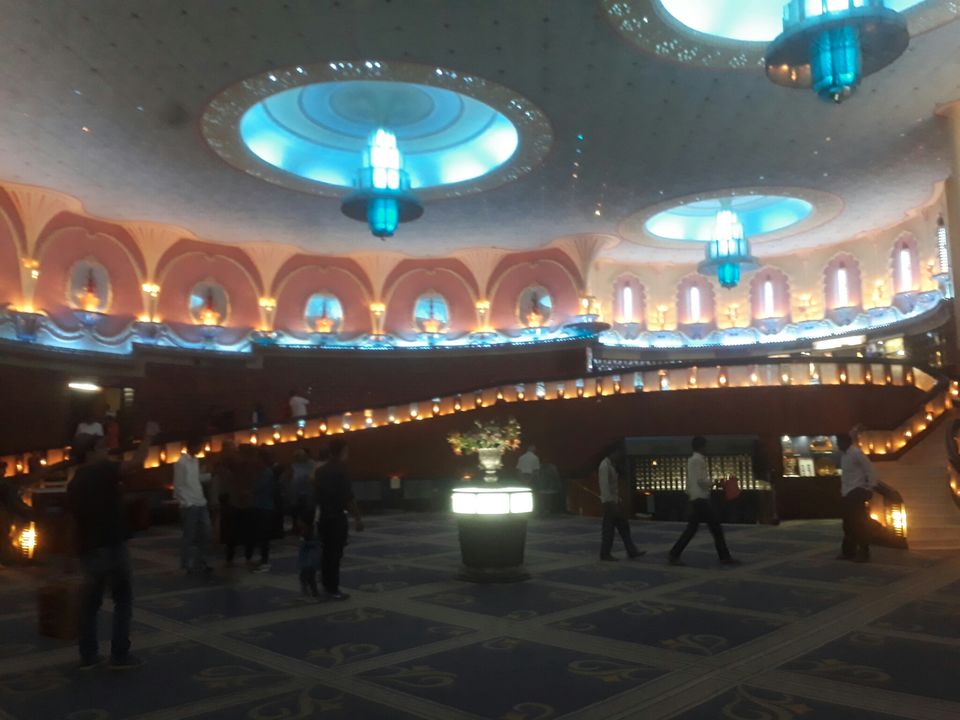 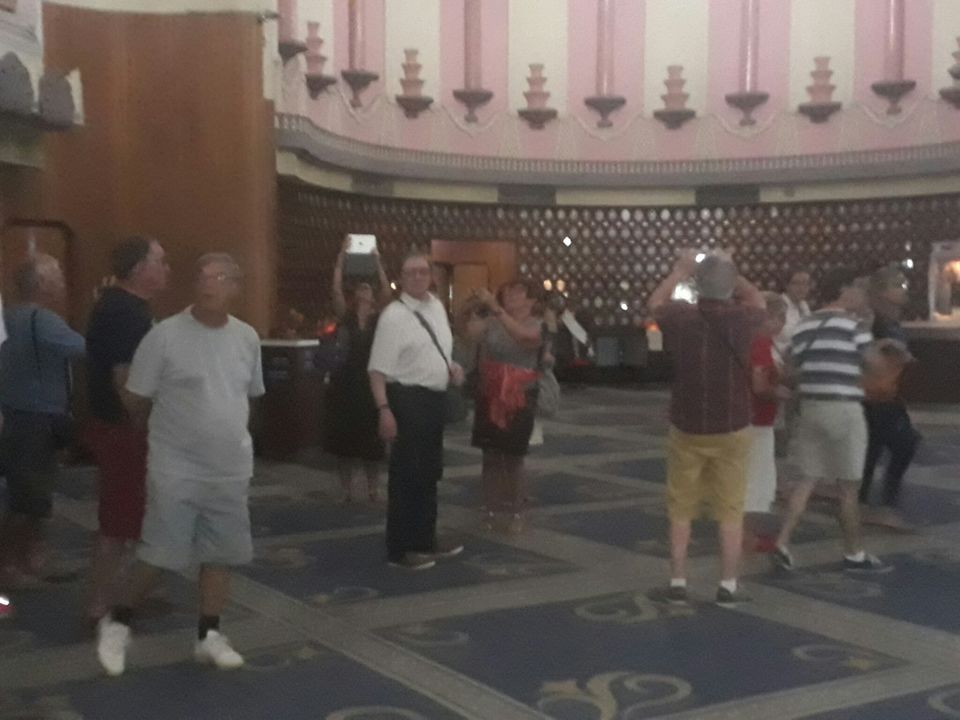 Walls of the lobby 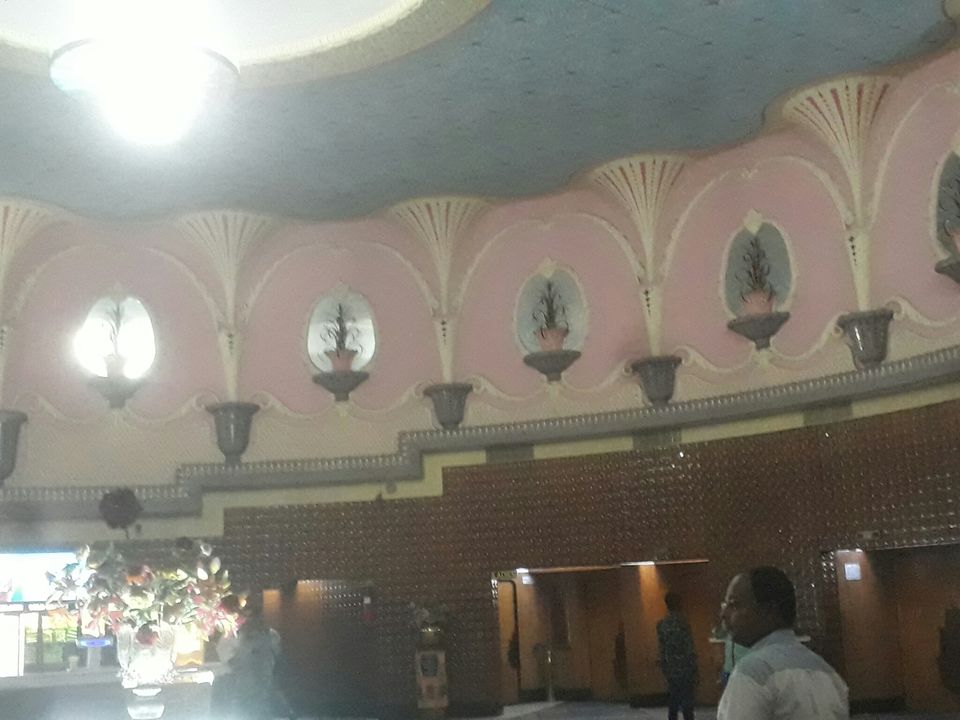 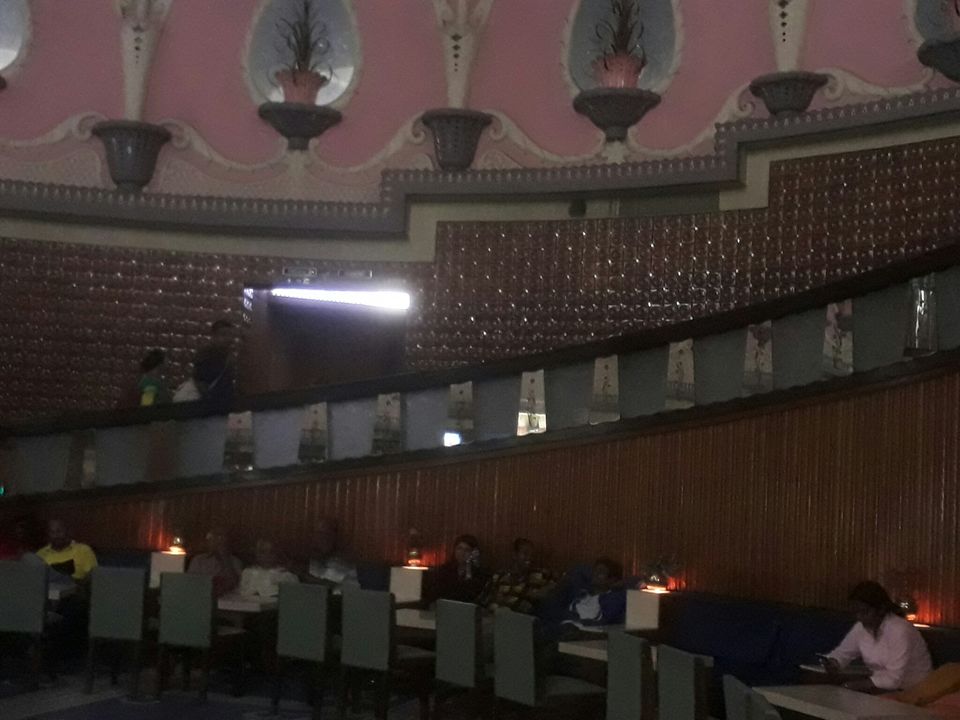