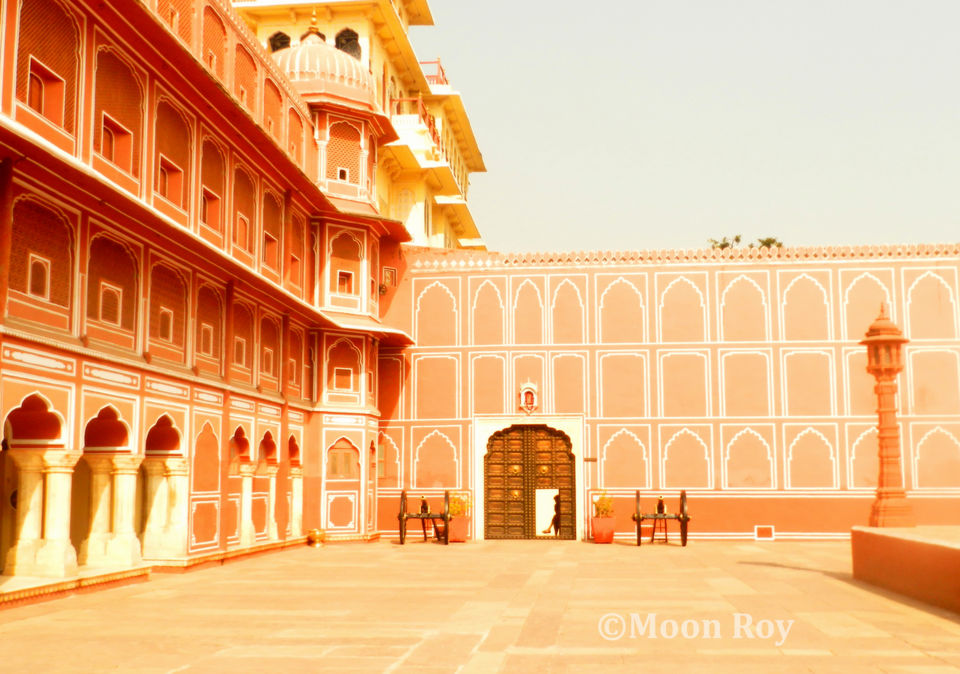 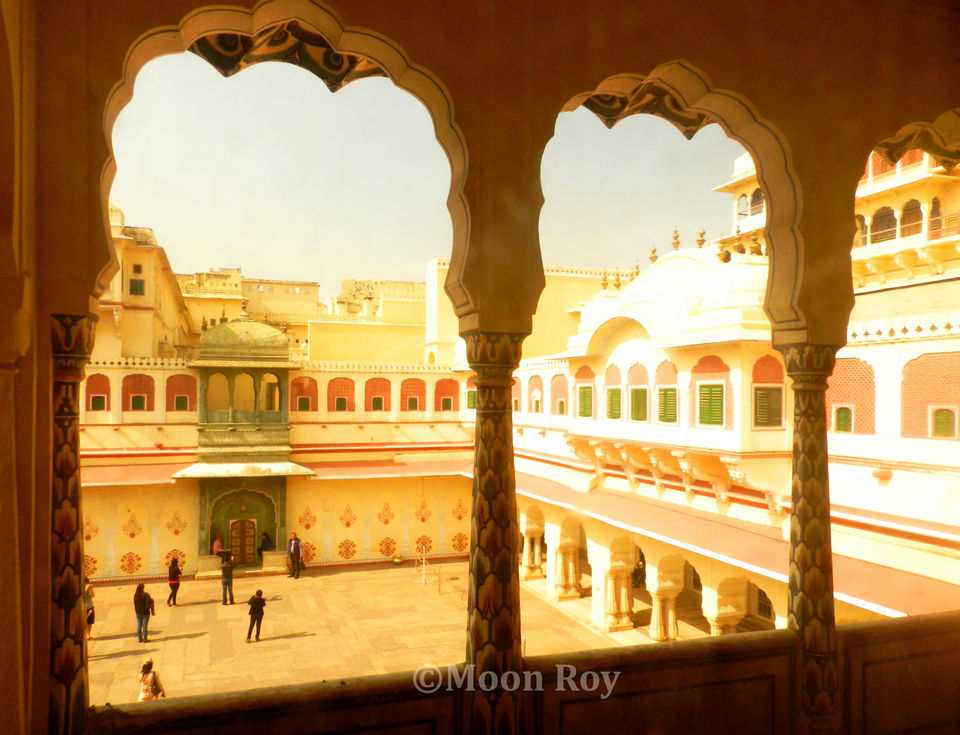 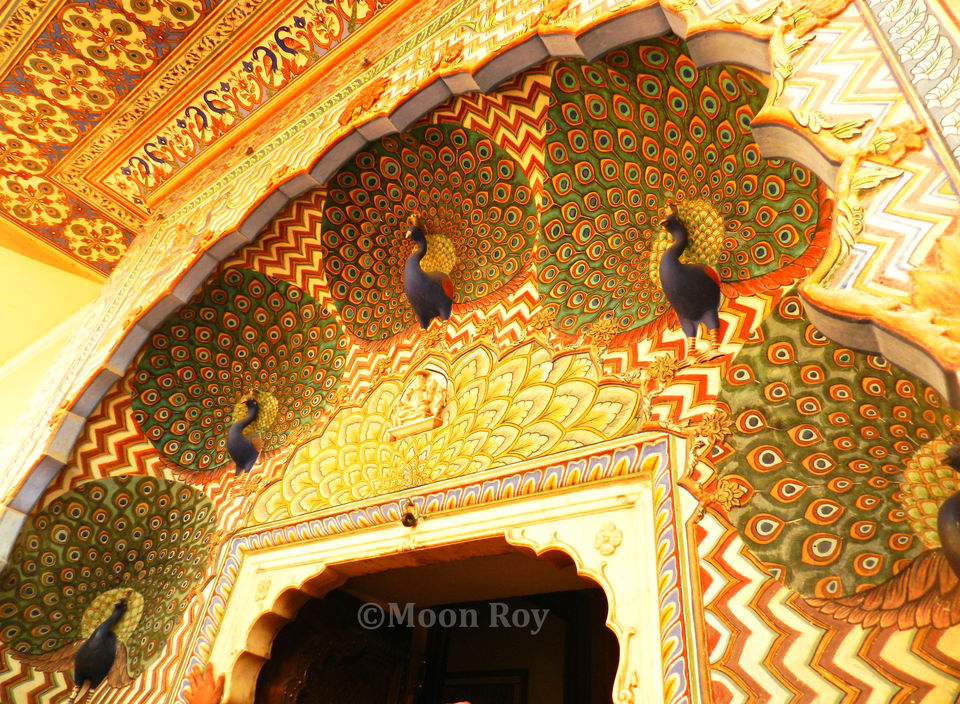 Jaipur, the capital city of Rajasthan, popularly called the pink city has always been my dream destination since I was a child. Finally, my dream trip to Rajasthan came true in November, 2013. We boarded Howrah-Ajmer Express from Kolkata on November 22 at 11:20pm and reached Jaipur on 24th at around 3:30 am. Our travel agent arranged a bus for transportation of the group. It was a short and convenient drive from the station to Hotel Mangal,  a budget hotel with clean rooms and attached bathroom with hot and cold water. From exquisite architecture of royal palaces, to massive fortresses to beautifully landscaped gardens Jaipur has a lot to offer to discerning travelers.

On one hand, it is a modern, organized and clean city and on the other hand it exudes a quaint charm with old city palace and classic edifices dotting the cityscape.

Birla Temple is situated at the foot of Moti Dungri Fort in Jaipur. Just as any other Birla Temples found in different cities across the country Jaipur Birla Temple, built with white marbles, is a treat to the eye from architectural point of view. Built around 1732 by the then king Sawai Jai Singh Jaipur City Palace is a magnificent construction located at the heart of the city. The most interesting point about the palace architecture is that it is a wonderful blend of Hindu (Rajput), Christian (European) and Islamic (Mughal) architectural genres. The palace houses three galleries. One exhibits the weapons used by the Rajput kings and army. The robes and garments of the kings and queens are on display in another gallery. And the third one is Sabha Niwas still maintaining its regal air with its interior set as it was in time of the royal Rajput dynasty. In the inner courtyard, there are four gates dedicated to four seasons. The most notable among these is the Peacock Gate. On our way to City Palace we saw Jaipur’s iconic Hawa Mahal or the “Palace of Winds”. The structure was built so that the royal women, whose world was restricted within the enclosure of the palace courtyard, could watch the festive activities on the streets from behind the lattices. Jantar Mantar, also built by the king Sawai Jai Singh, is an architectural wonder. The astronomical instruments were used to measure the exact time of the day and to observe celestial phenomena such as the position of the stars and planets at a given point of time in mediaval era. Our next destination was Kanak Vrindavan located on the way to Amber Fort. It’s a beautiful, well-manicured, landscaped garden with classic structures and fountains dotting its sprawling green lawns. Paved walkways are lined with thick red bougainvilleas. Occasional trees amidst the garden offered cool shades for wearied travelers. This is the first time I have ever visited a fort. I was pretty excited about this exploration and Amber Fort fascinated me with its mesmerizing Sheesh Mahal ( Palace of Mirrors), exquisite stone work and decorations and intriguing stories about the life of kings and queens that lived the palaces. The guide told us about some intriguing stories about the kings and queens and the royal lifestyle which I have shared here in my photo essay on Amer Fort - Amer Fort: The melting pot of Rajasthan's art and architecture. You can also check out my detailed travel guide on Jaipur here http://footlooseforever.com/2014/12/22/jaipur-the-pink-city/.